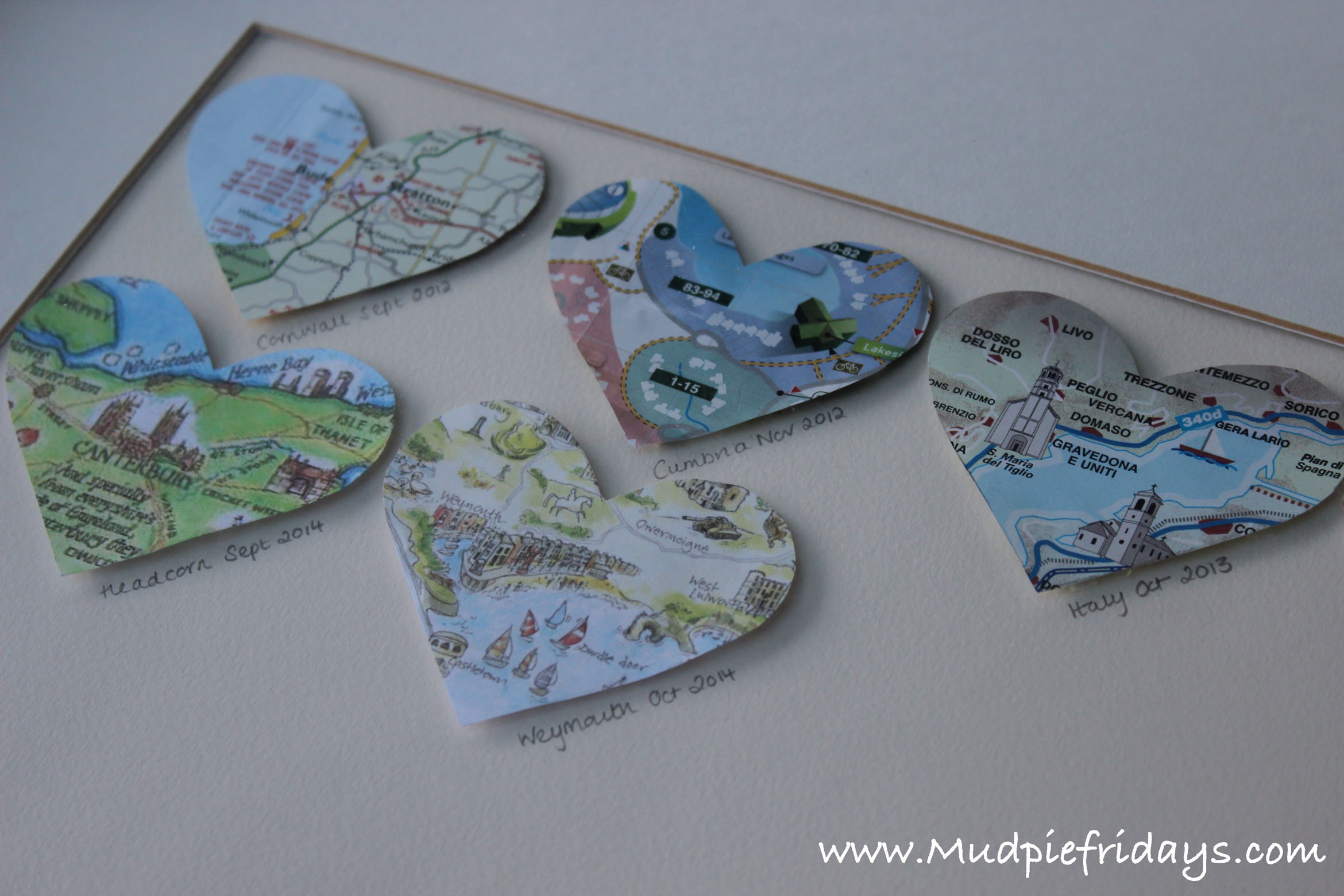 This is such a really simple and cheap idea for all those holiday maps….I am sure I am not alone in this, initially feeling too sentimental to throw them away just after the holiday, instead letting them take up space in draws or book shelves. Getting tatty and then eventually throwing them out in a decluttering moment..

Well since Monkey has been born I have got even worse with the sentimental stuff and clutter! So in a recent decluttering exercise I decided to do something with said holiday maps. I have been cutting them up into heart shapes and putting them in a frame. Its simple and not over fussy so would suit most decorating tastes. I try and make sure the name of the town or city we visited is in the centre of the heart by using baking parchment to make the master heart which I then draw round to get the shape to cut out from the map. 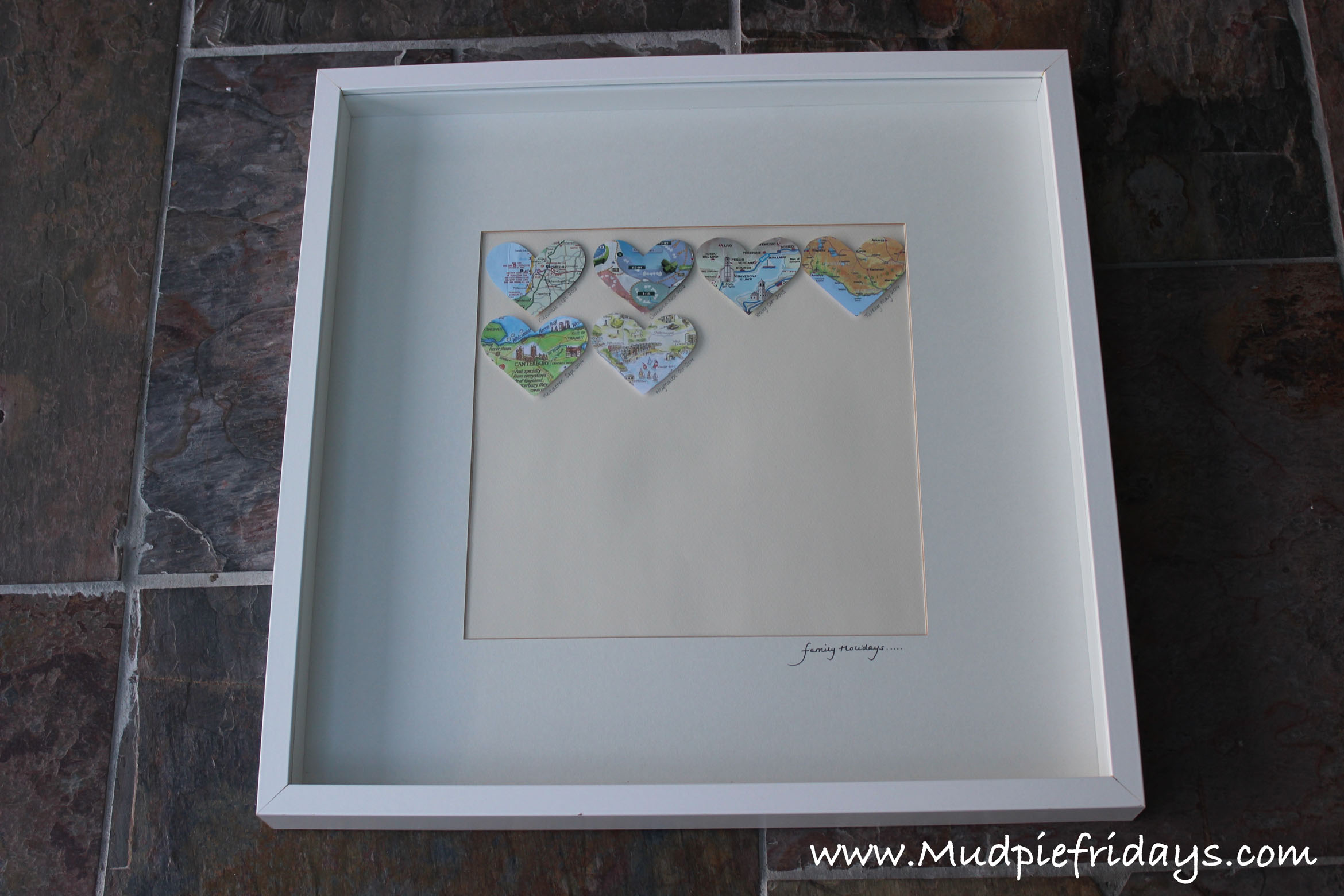 I am expecting to fit 25 hearts into the 50cm x50cm which I brought from Ikea. The range is called RIBBA and they currently sell a similar one for £8. The one I use is more of a box frame but because its just paper a normal frame would do the same job. I use foam squares to attach the maps, but any archival glue would work.

Its such a simple and easy craft that you could get it done in an evening, or if you have older children they could help and choose the maps which mean the most to them. You could also do something similar with tickets or other paper memorabilia. It would also make a brilliant wedding gift recording all the couples holidays together or honeymoon destinations if they are doing a road trip or similar.

Fun in the Sun at Tilgate Park