As Monkey will be going to school just after he has turned four and as he is turning three in a couple of weeks I wanted to make a start on teaching him the alphabet. However I wanted to do this in a creative way and avoid any sort of rote learning, plus he will loose interest quickly. I should also say that there is no way I can fit all of the activities mentioned below into a week. Therefore its taking about two and a half weeks with planning to do one letter.

Words that we have been focusing on:

Books we have been reading: 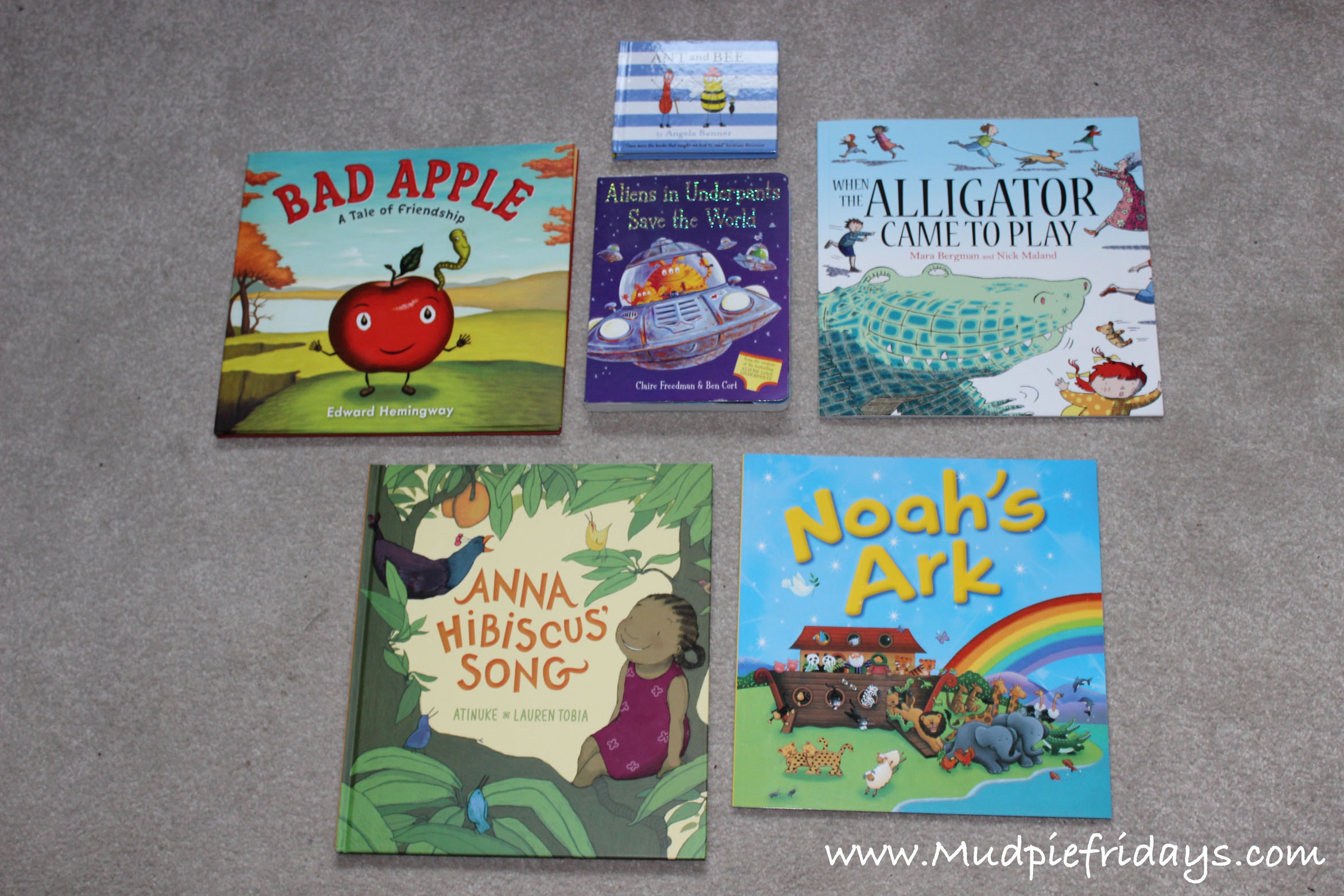 We have been playing with:

Spaceships and Astronauts – we have been playing make-believe space travel with Monkey’s dress up spaceman outfit and a book which folds out into a spaceship. To complement this we also made a capital ‘A’ from Alpha Beti Cals book which is an astronaut. You can print out a version of the letter here. Just be warned this is a bit fiddly to put together so probably more one for the mummies to do in advance. 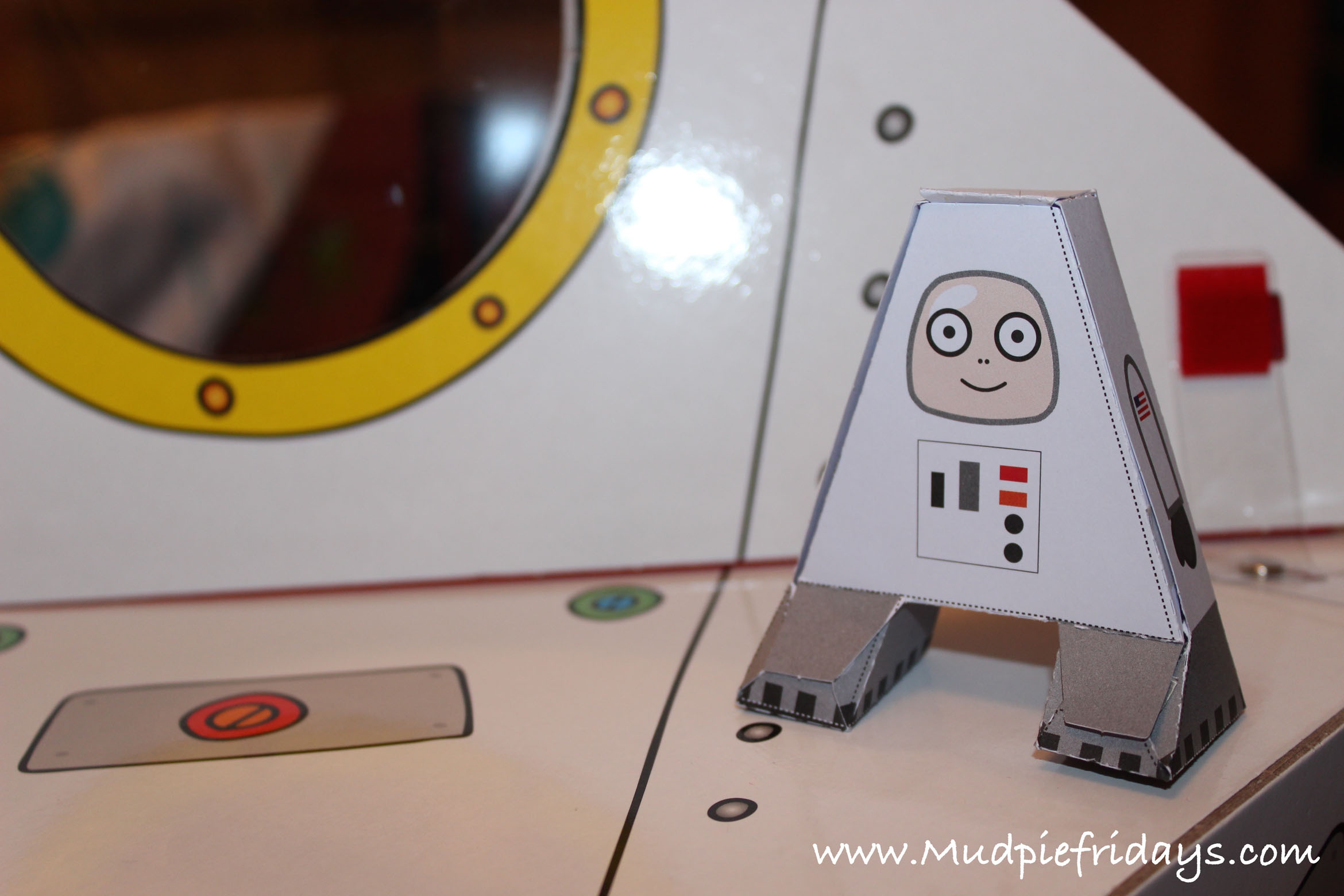 We have also been playing with the letter ‘a’ alphabet boxes. You can find my post on alphabet boxes here.  We have been sorting the contents into its correct box as well as matching the contents to alphabet cards. Monkey loves any sort of small part play and ‘sorting’ so this plays to his interests. At the moment we have only been doing two boxes at a time although I plan to increase the number to four shortly. 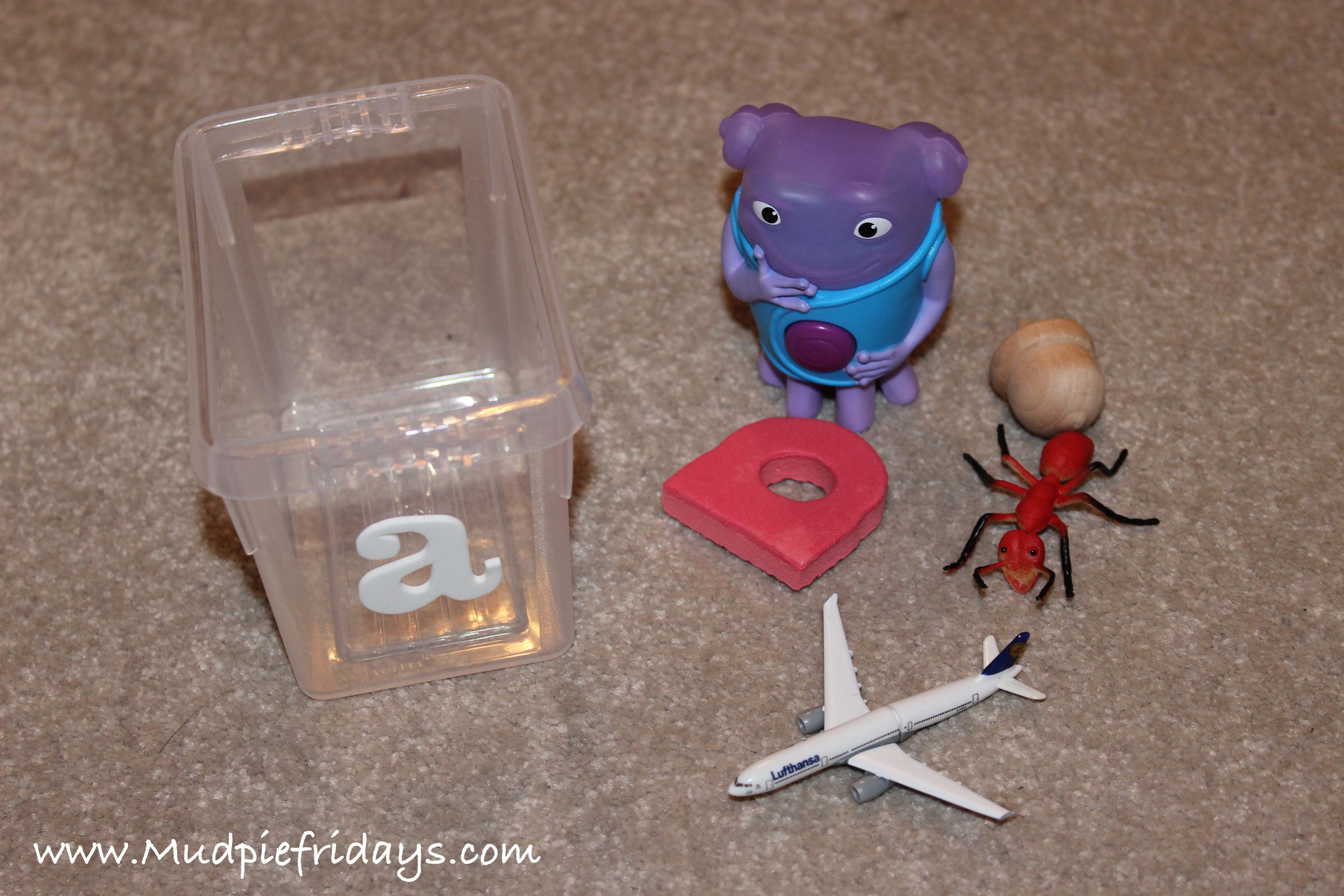 Letter Scrapbook:
I also intend on making each letter into a picture, with both a capital version and a lowercase version, our first attempt is below. I used templates for the letters from The Measured Mom you can find them here. Once completed I will put them into a scrapbook for Monkey and make it readily accessible so that he read it whenever he wants, adding to it each time we finish a letter. For letter ‘A’ we made a capital alligator with googley eyes and for the lowercase ‘a’ we made an apple using coloured paper and card 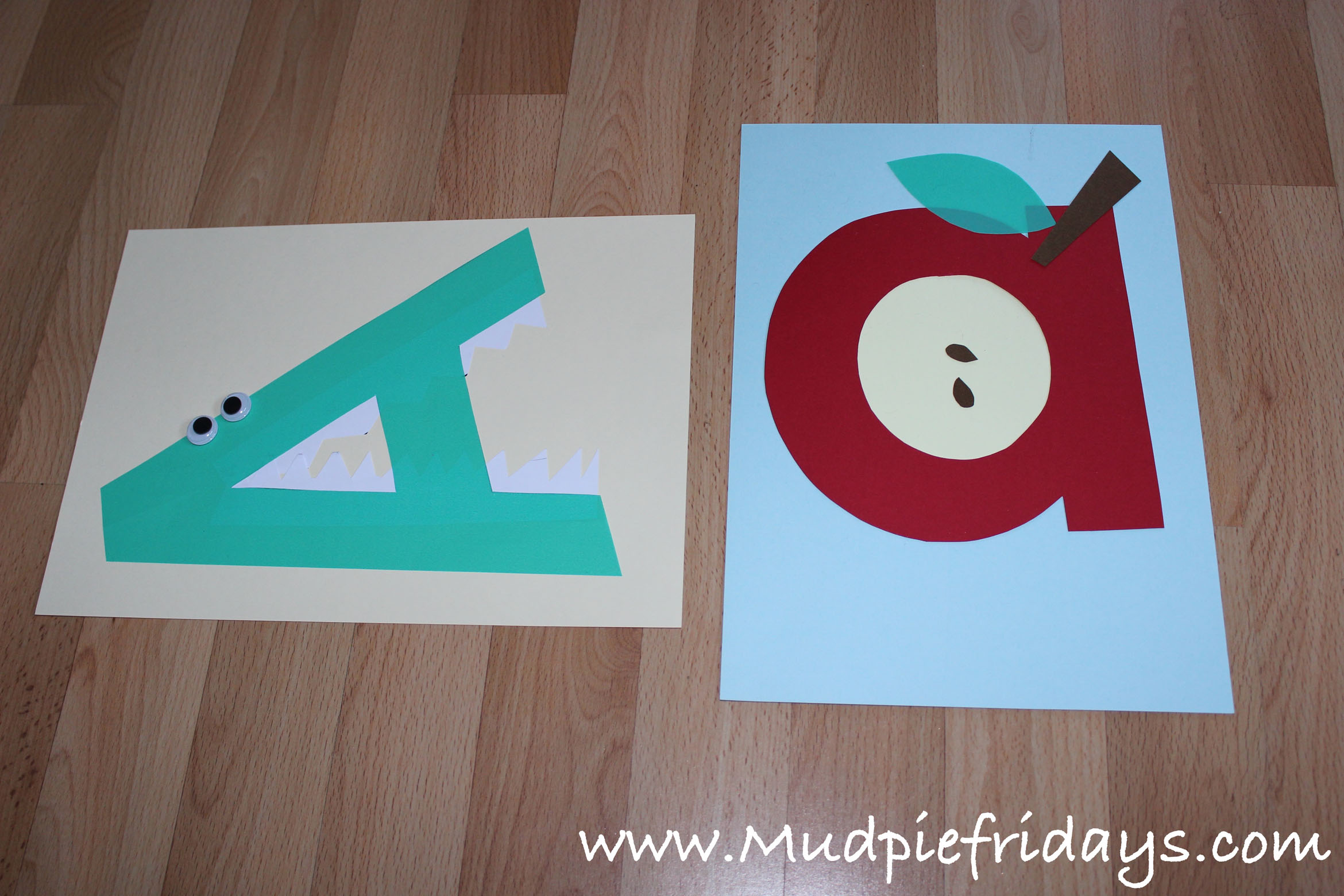 Colouring:
I managed to find a number of different downloadable colouring sheets on the internet which complimented the other activities which I had been doing: 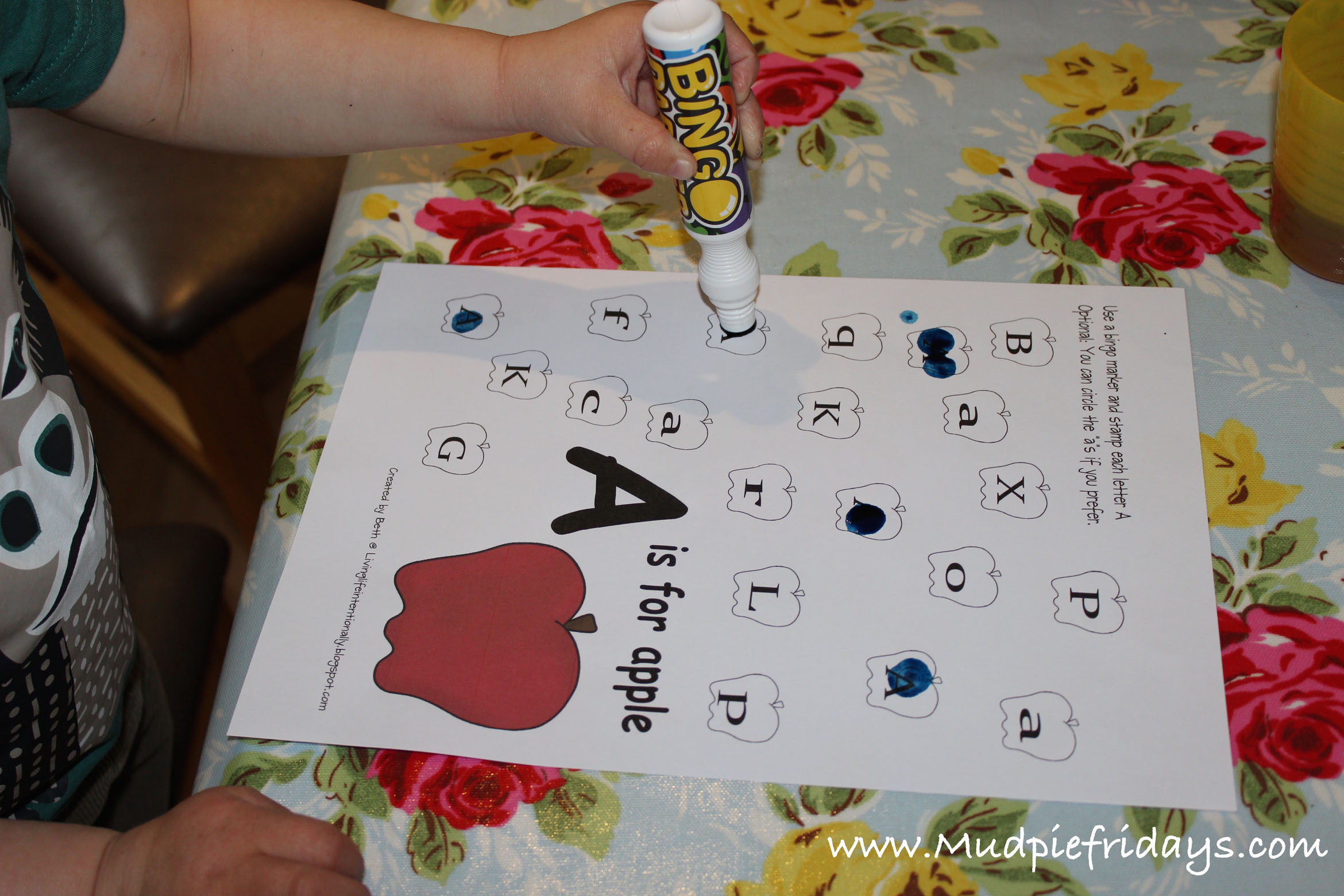 Crafting:
Something I have wanted to try for a while with Monkey is vegetable printing so focusing on letter ‘a’ we gave apple painting a whirl. I used cardboard to put the paint on so that it was easier to cover the apples, we made some lovely pictures for the grandparents 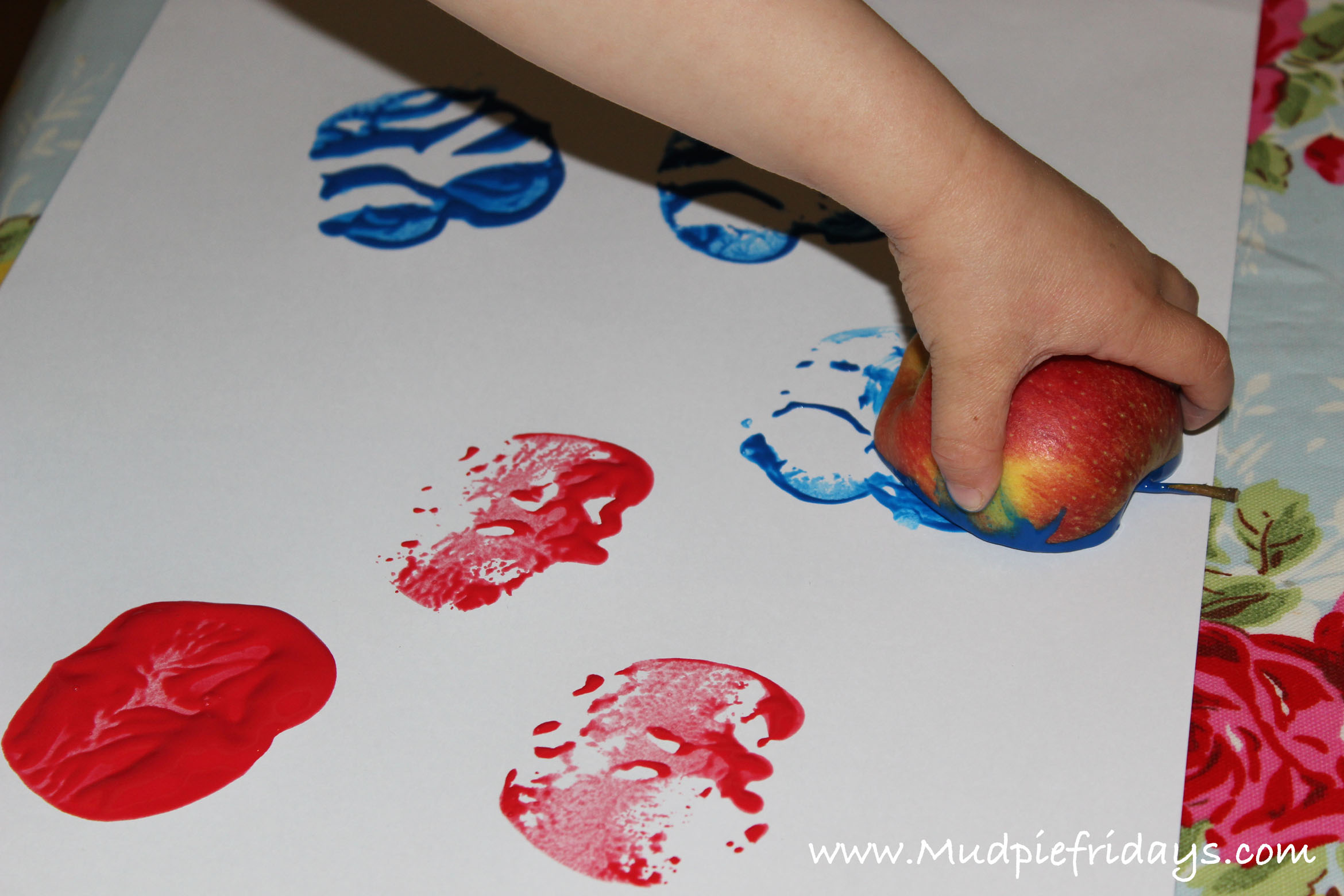 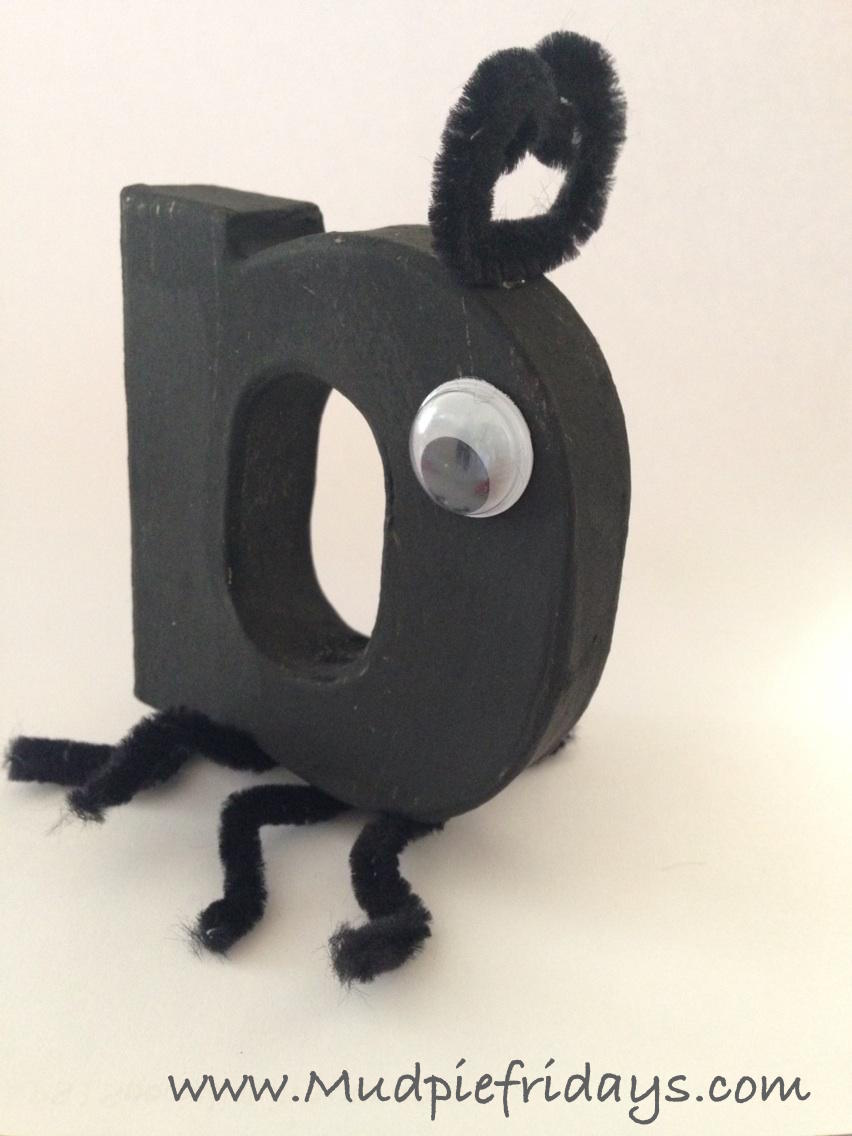 To go with the capital ‘A” we also made a lowercase letter ‘a’ into an ant. I brought a papier-mache letter ‘a’ from Hobbycraft, Monkey painted it black before I added pipe cleaners for legs and goggles eyes, using a glue gun to secure them. Our plan is to have a whole lowercase alphabet of different animals, insects and amphibians by the time we have finished.

Build your own alien (monster) from from Somewhatsimple is a great free download which I have used before for a busy bag. This time we made aliens instead of monsters, its such a simple activity but he loves it, for older children they could cut their own alien parts out too. 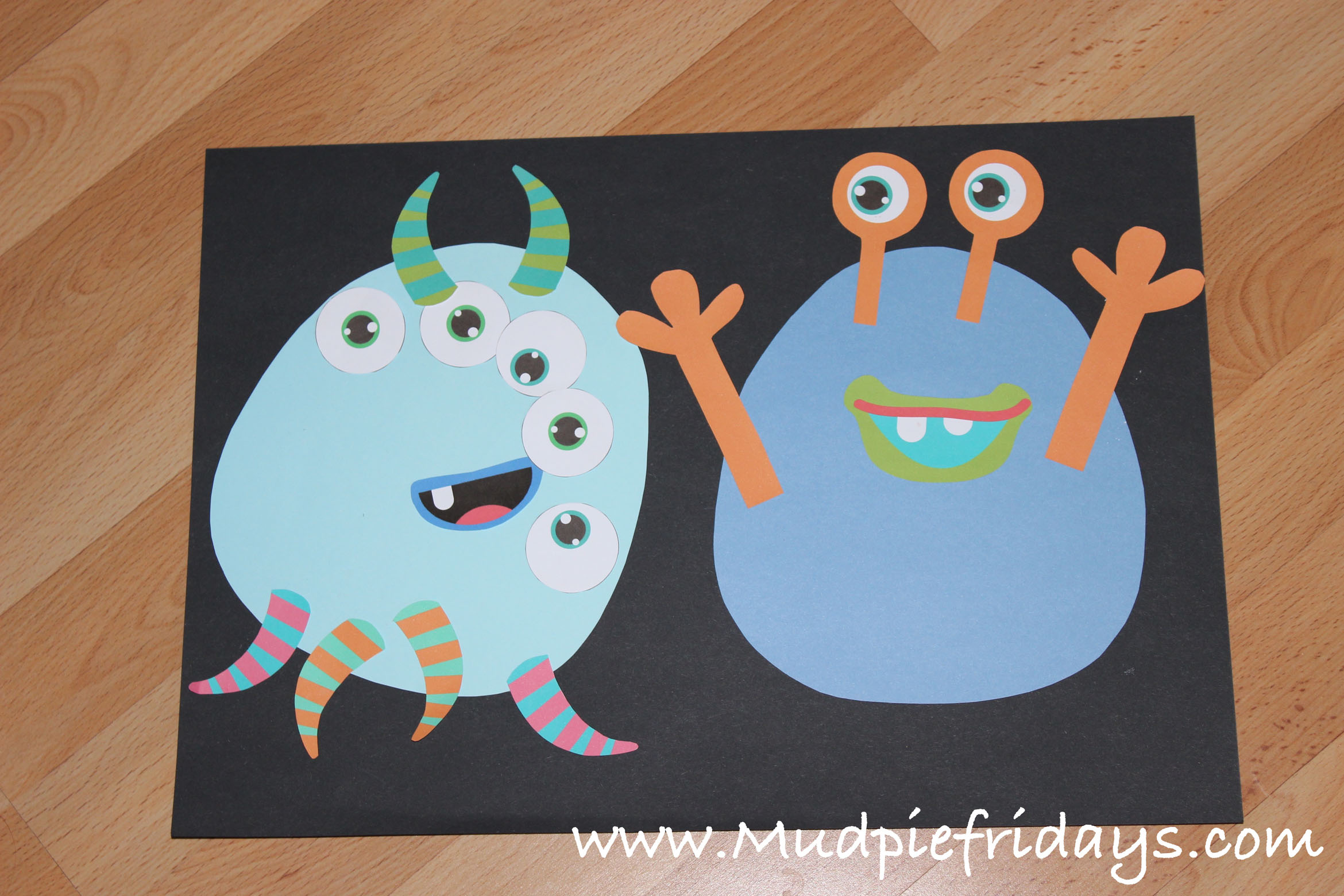 What we have been eating:
Monkey and I made a delicious apple crumble for dinner which we had with cherry ice cream. Like any other almost three-year old he likes helping in the kitchen although I am sure I end up having to cut up more apples as pieces kept disappearing…

For more ideas please check out my letter ‘A’ pinterest board