Following on from our trip to the theatre to see Aliens Love Underpants which you can read about here. We decided to find something more active for the afternoon heading for Dunorlan Park. As we don’t know the area very well at all, we literally just headed towards the postcode which we had found online which was TN1 2LU. This turned out to be the top of the park where there is a small carpark – I estimate room for around 25 cars or so. As we had hit it around lunchtime it was heaving! 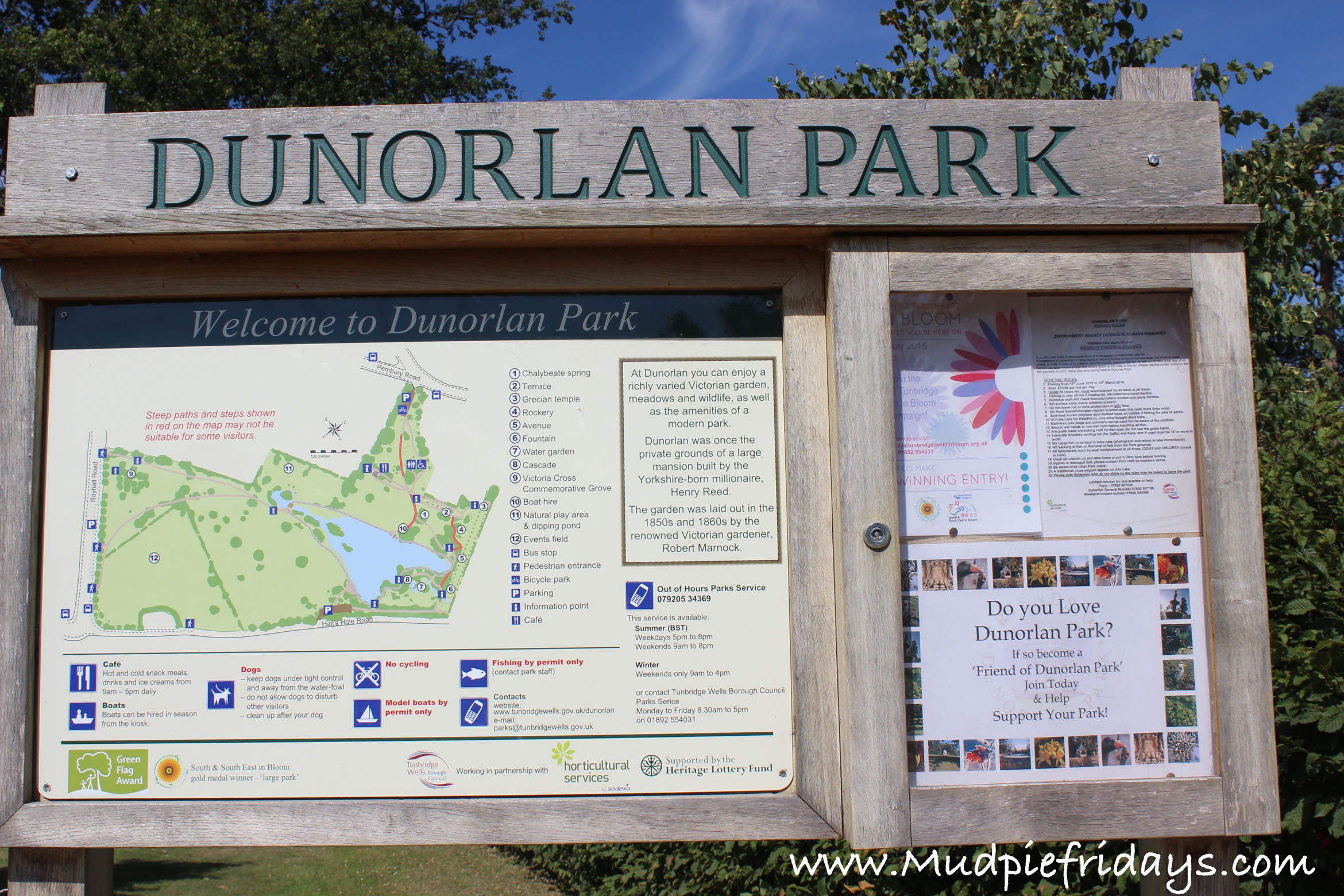 Not to be deterred we headed round to the Halls Hole Road side and found a less popular carpark although again reasonably small. If we visit again we would head to this one first, as there is also room on the road to park if the carpark is full. Not really knowing what to expect I had packed a picnic. Which we decided to eat next to the lake before heading off to explore. There were several picnic tables by the side of the lake which is just as well because there was also a large number of hungry geese, which given half a chance would happily try to steal the sandwiches. It is obviously a popular place to feed to ducks and geese though as we saw several sets of grandparents with kids and loaf bags! 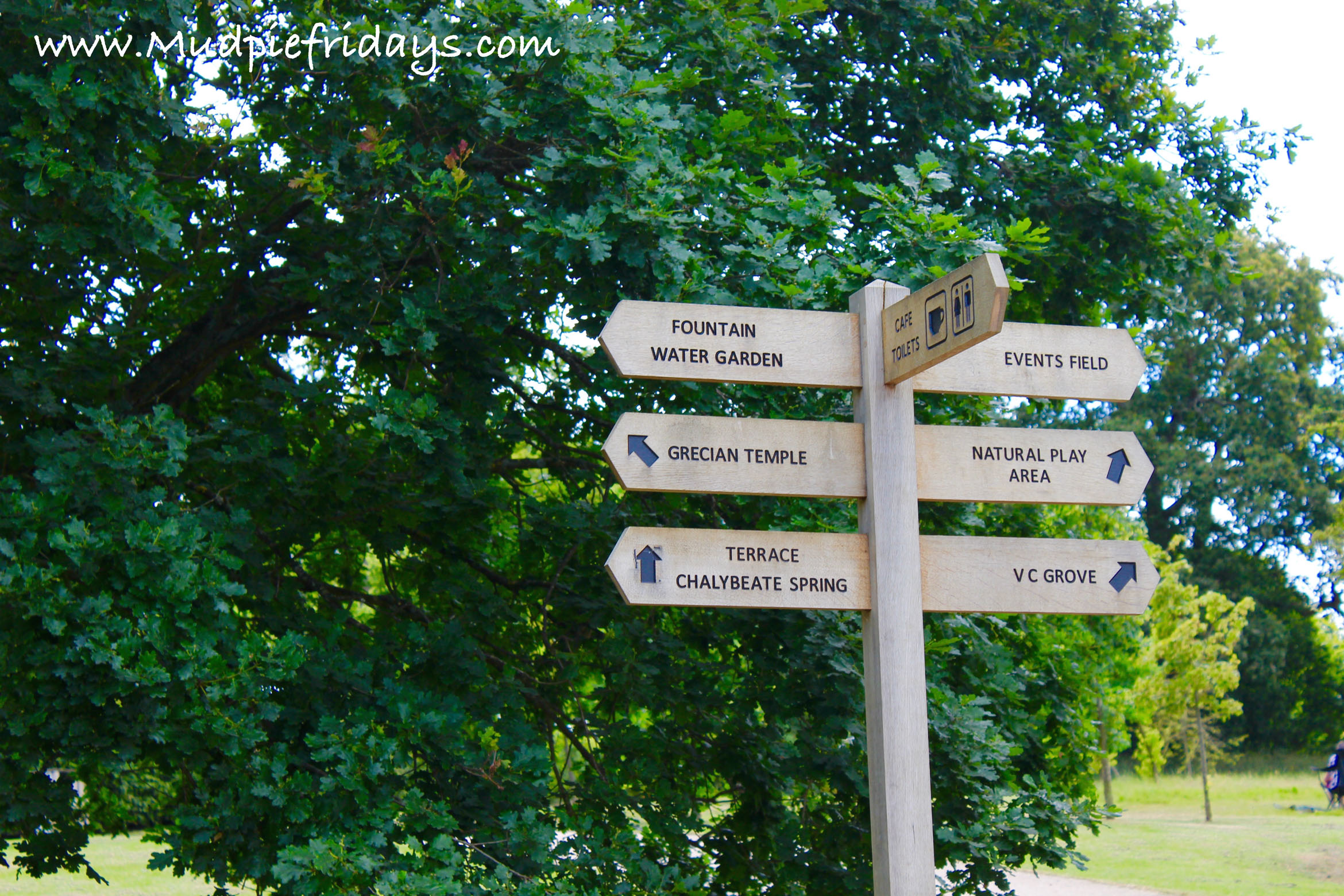 As soon as we arrived Monkey wanted to go on one of the boats or pedalo trying to distract him we headed off to find the play area. There are several sign posts which is a bonus!  We walked round the bottom of the lake and came across the play area, it’s a short walk and well pathed for buggies or in the wet.

The play area has specifically been designed to be natural with plenty of carved seats made from fallen trees. All of the tree stumps have been sourced from the park itself. Each activity is well spaced out so even when it’s busy it doesn’t feel as though you are on top of each other. After a couple of goes on a little slide which has been built into a bank Monkey opted for the climbing/obstacle course: 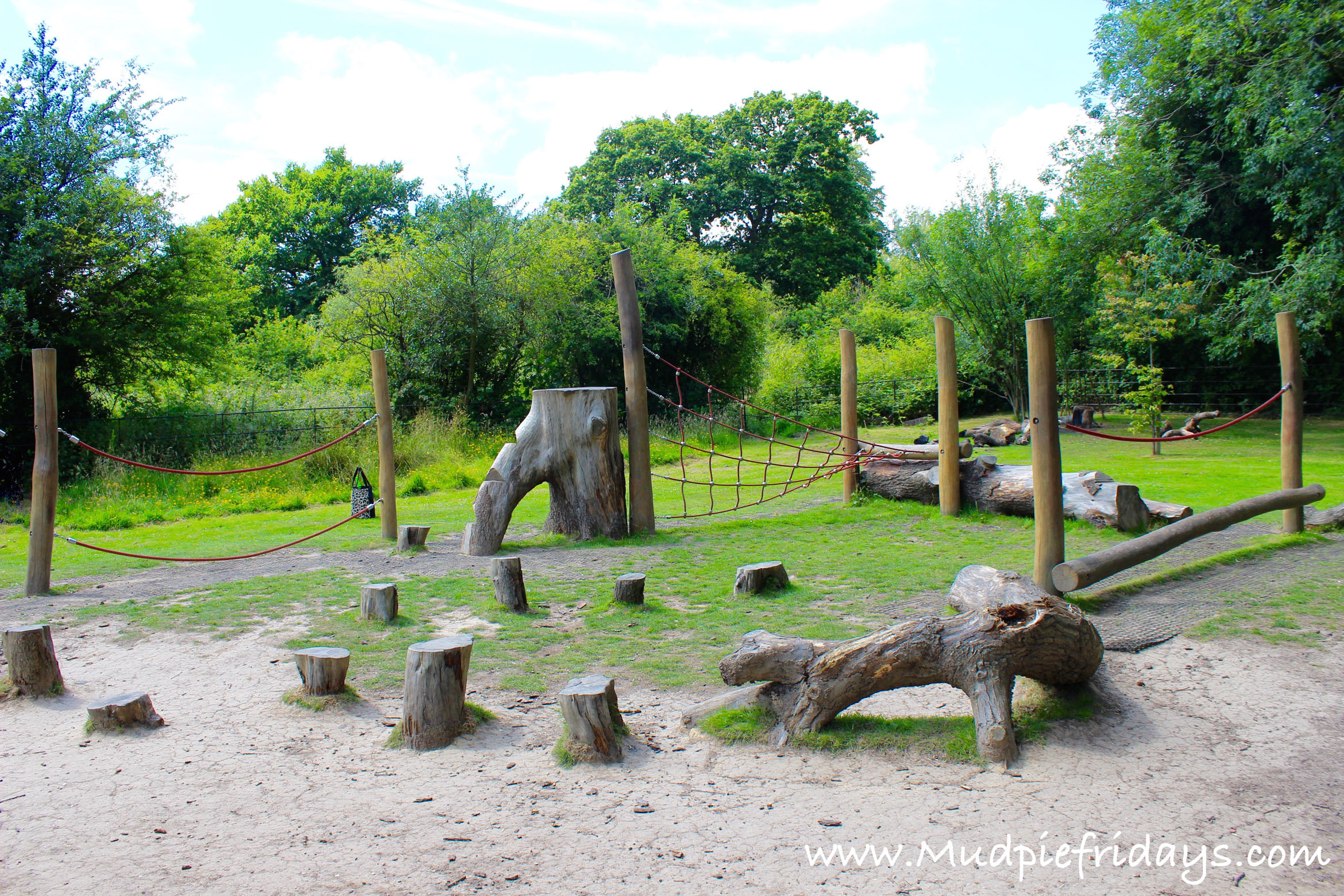 There was also a large tree stump which had been turned into a climbing wall:

A musical area surrounded by a willow tunnel: 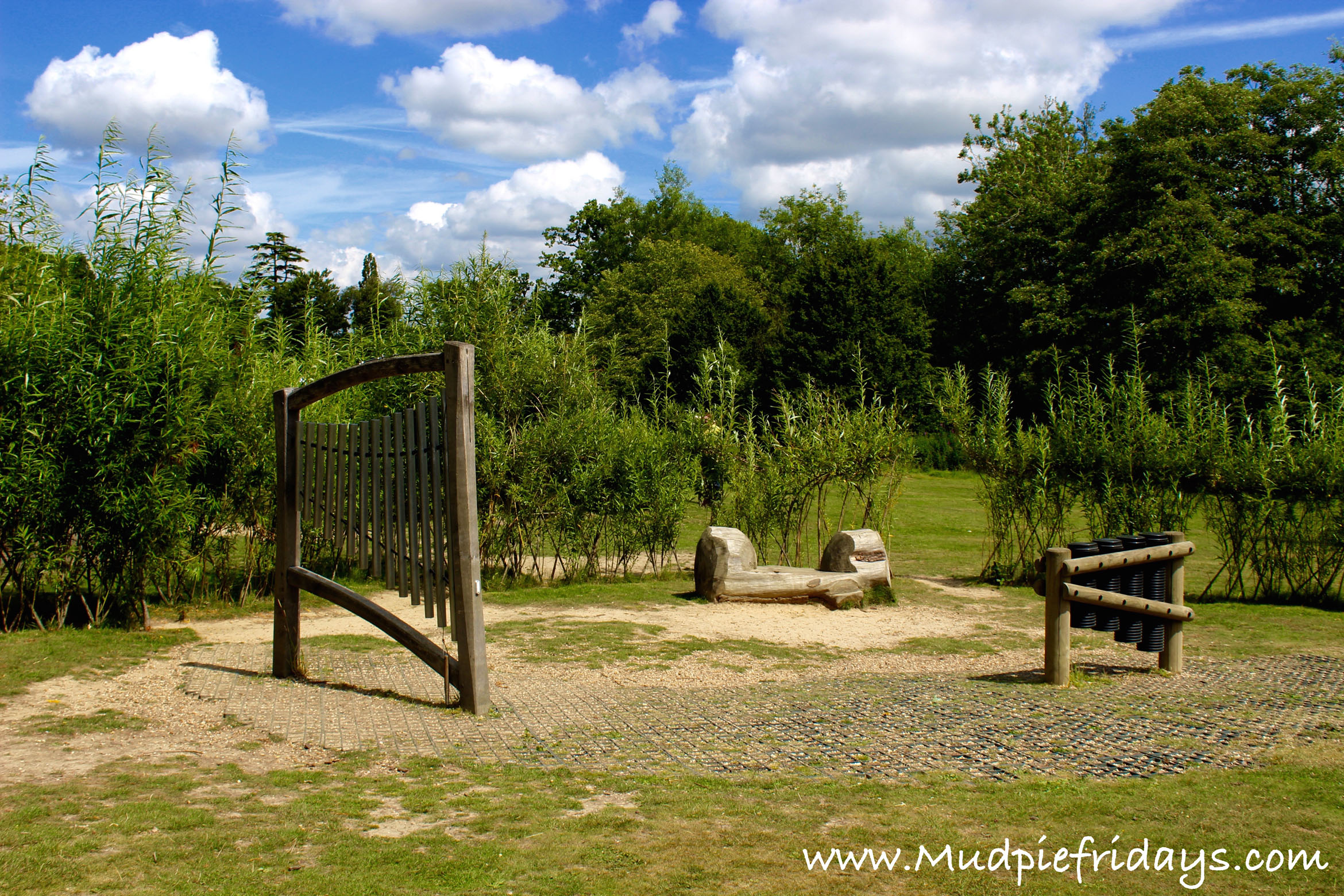 A large swing which Monkey loved although it did make him a bit dizzy as it went round and round as well as bak and forth! 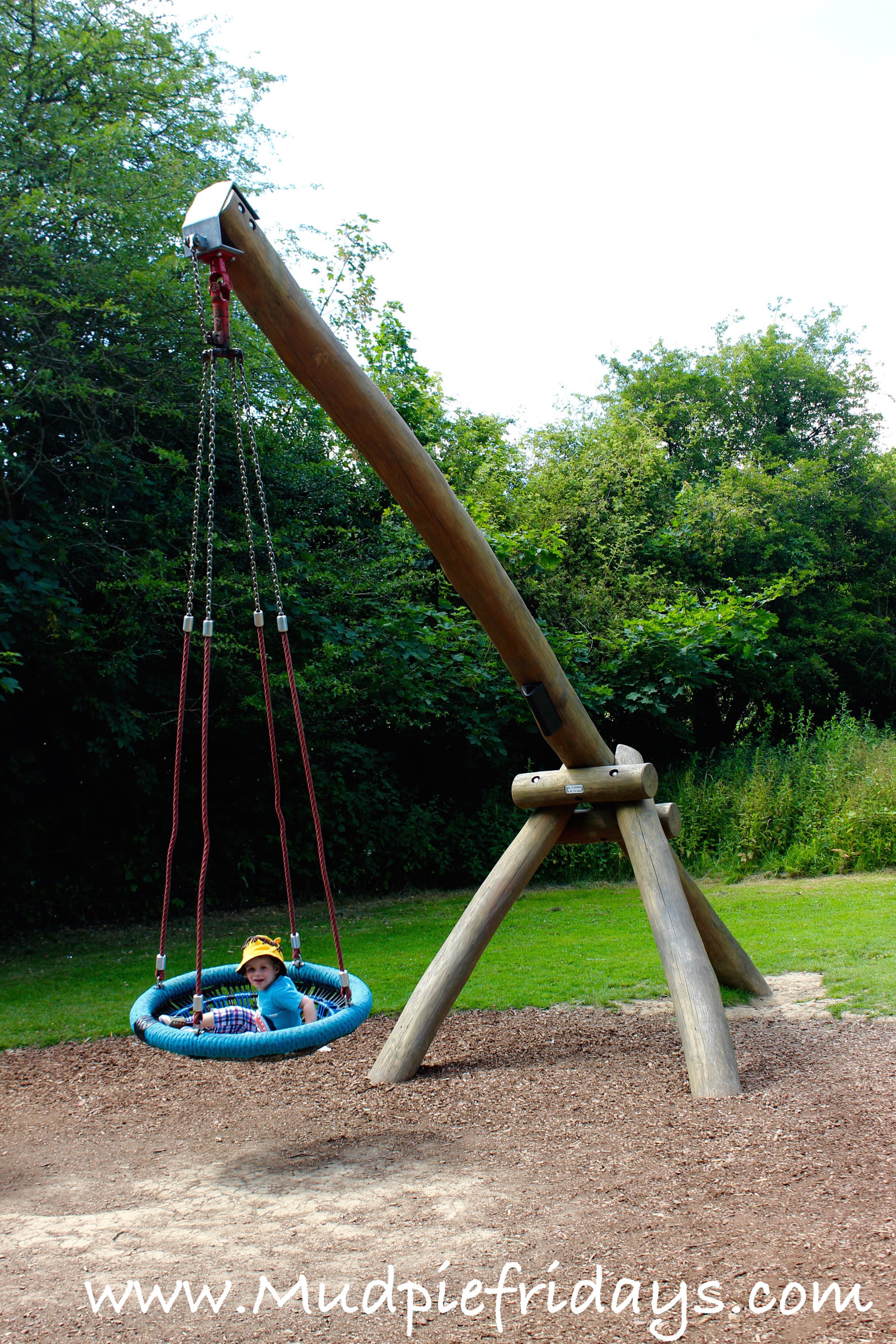 The best part of the play area is an amazing carved dragon, Monkey had great fun running up it’s back and then jumping off from it’s head over and over again: 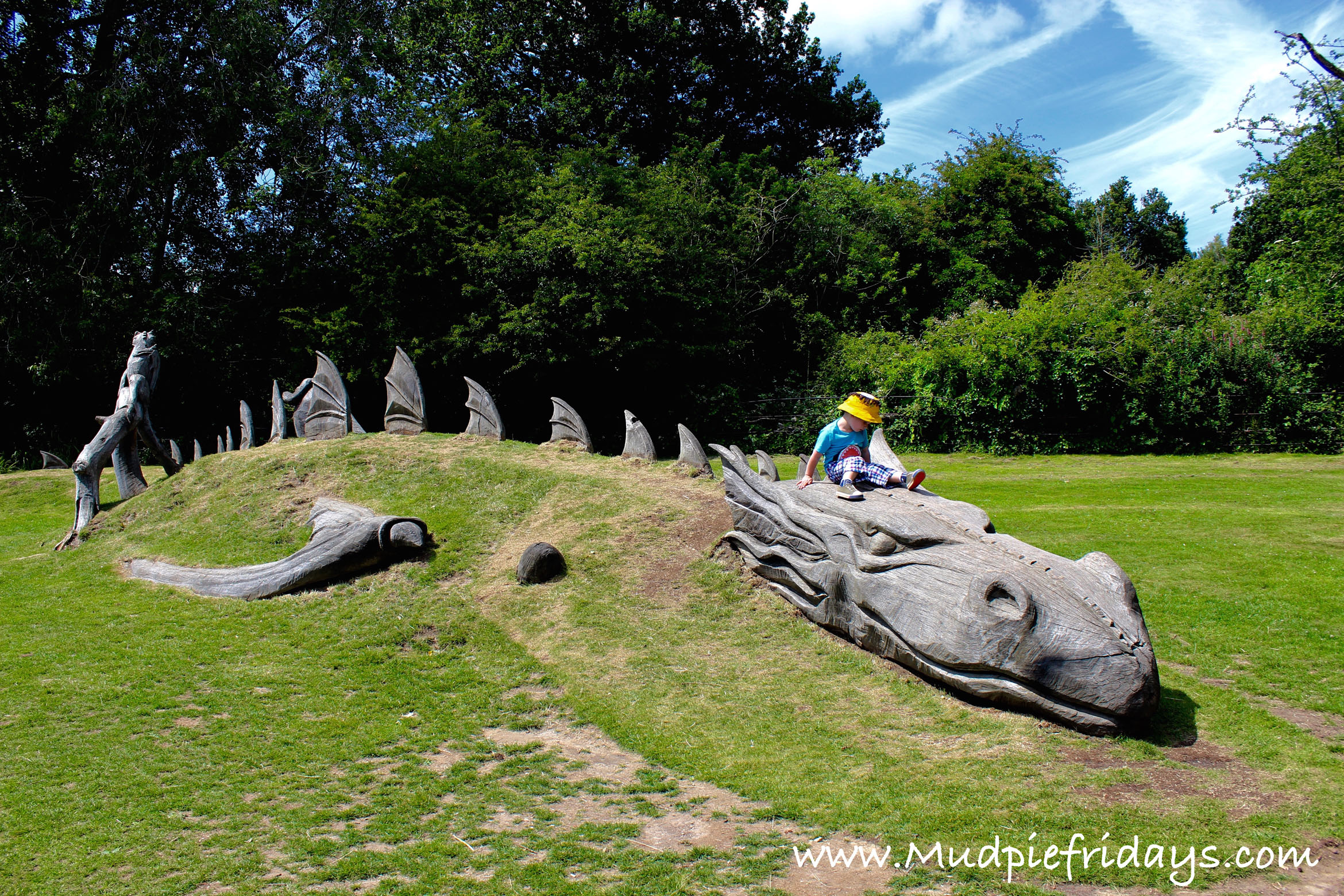 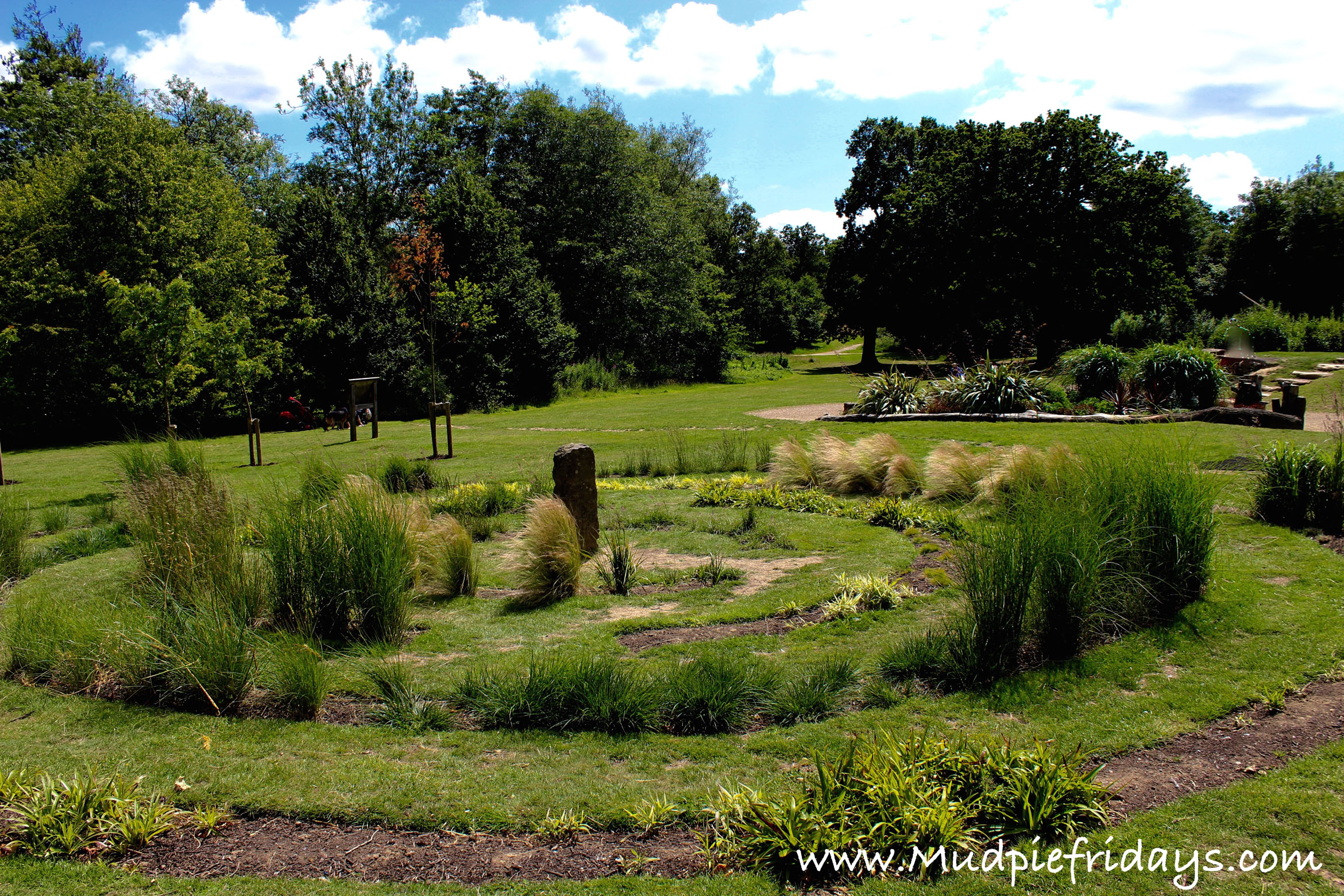 We also rummaged around in an area with long grass and old tree stumps. To our delight there were baby frogs, a small red toad, wood lice and the obligatory slug… 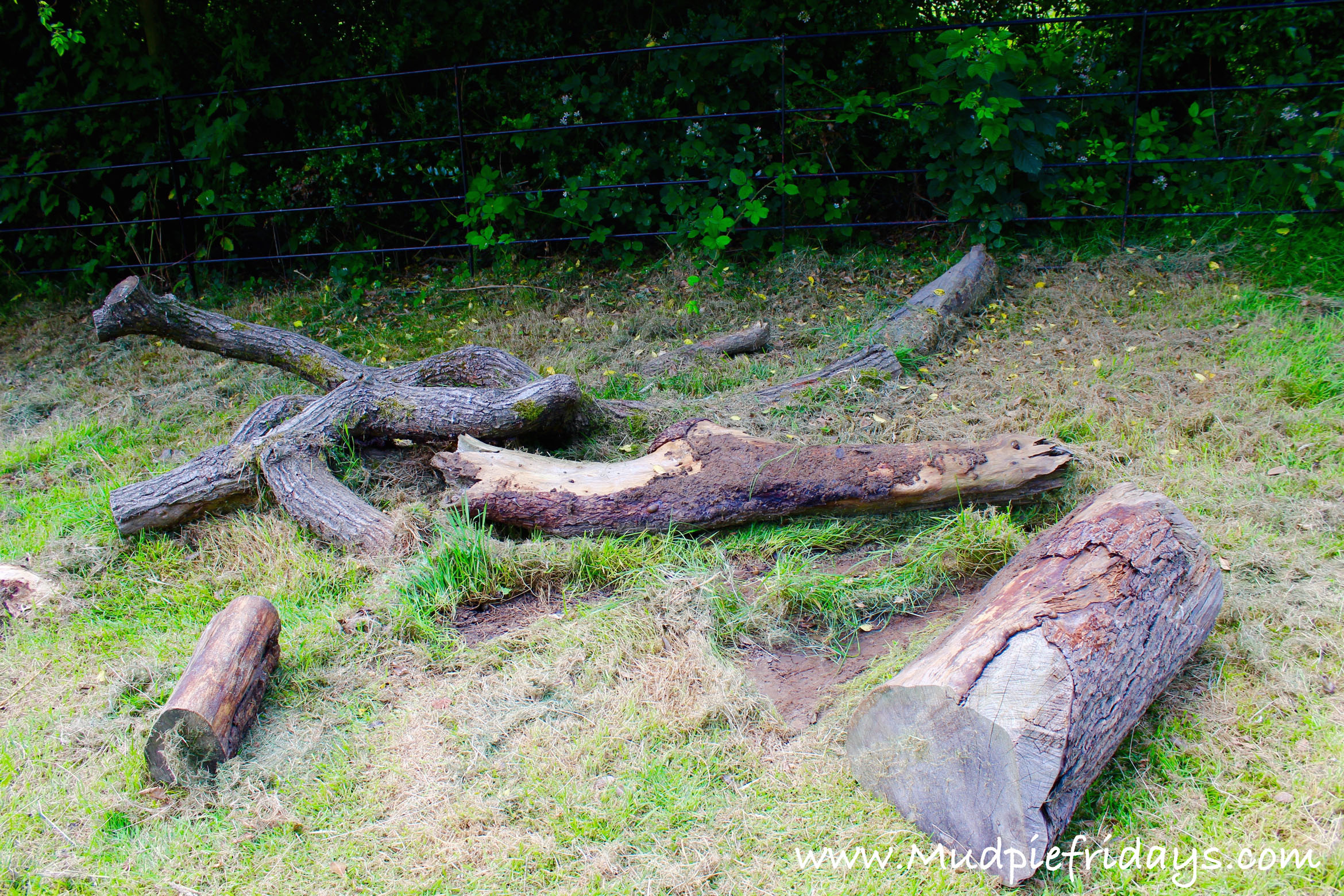 Around the play area there are a number of trees for shade. Which attracted some Birthday celebrations. Some of them were quite sophisticated with BBQs and picnic tables! 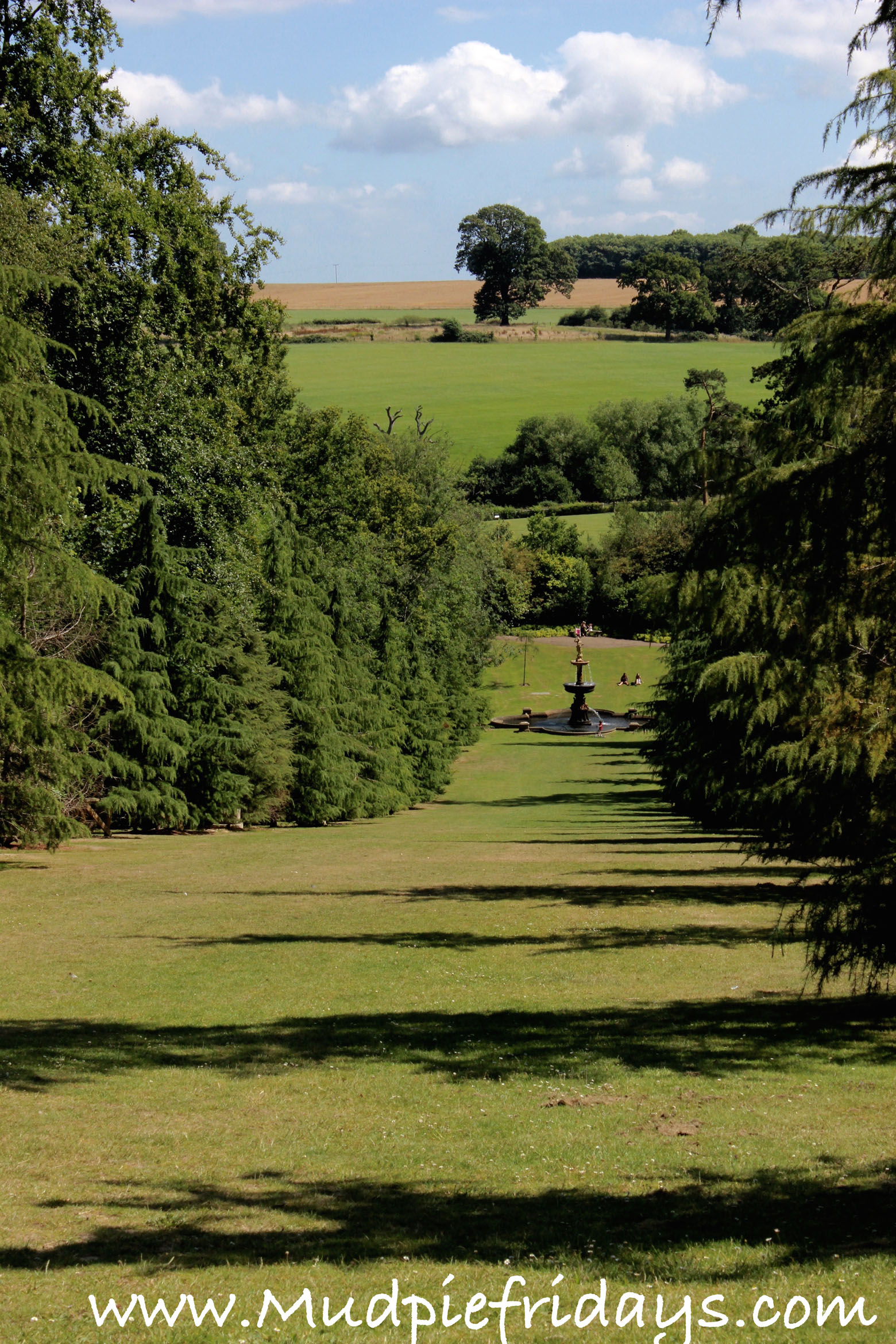 Just up from the play area is a small cafe, this part of the park is quite steep! We stopped for ice creams which were very reasonably priced and delicious. There are also public toilets near by – but no baby change.  After our ice creams we headed off to see some of the other features of the park.

Just along from the cafe is the terrace that was the main entrance to the  grounds from the original Dunorlan House (which is not longer in existence). Although there is still a private residence there – imagine looking out over this every day!  There is an old Yew Tree which is believed to be around 350 years old and a little spring. A pathway leads you to the Grecian Temple which is at the top of this steep hill opposite. I can imagine that this hill gets a lot of use if it ever snows, however Monkey was satisfied with rolling down it today. It was quite funny to watch! At the bottom of the hill is a fountain and water garden fed by the main lake. We had a good nose around although we couldn’t put off the inevitable for ever and we made our way back to the main lake! 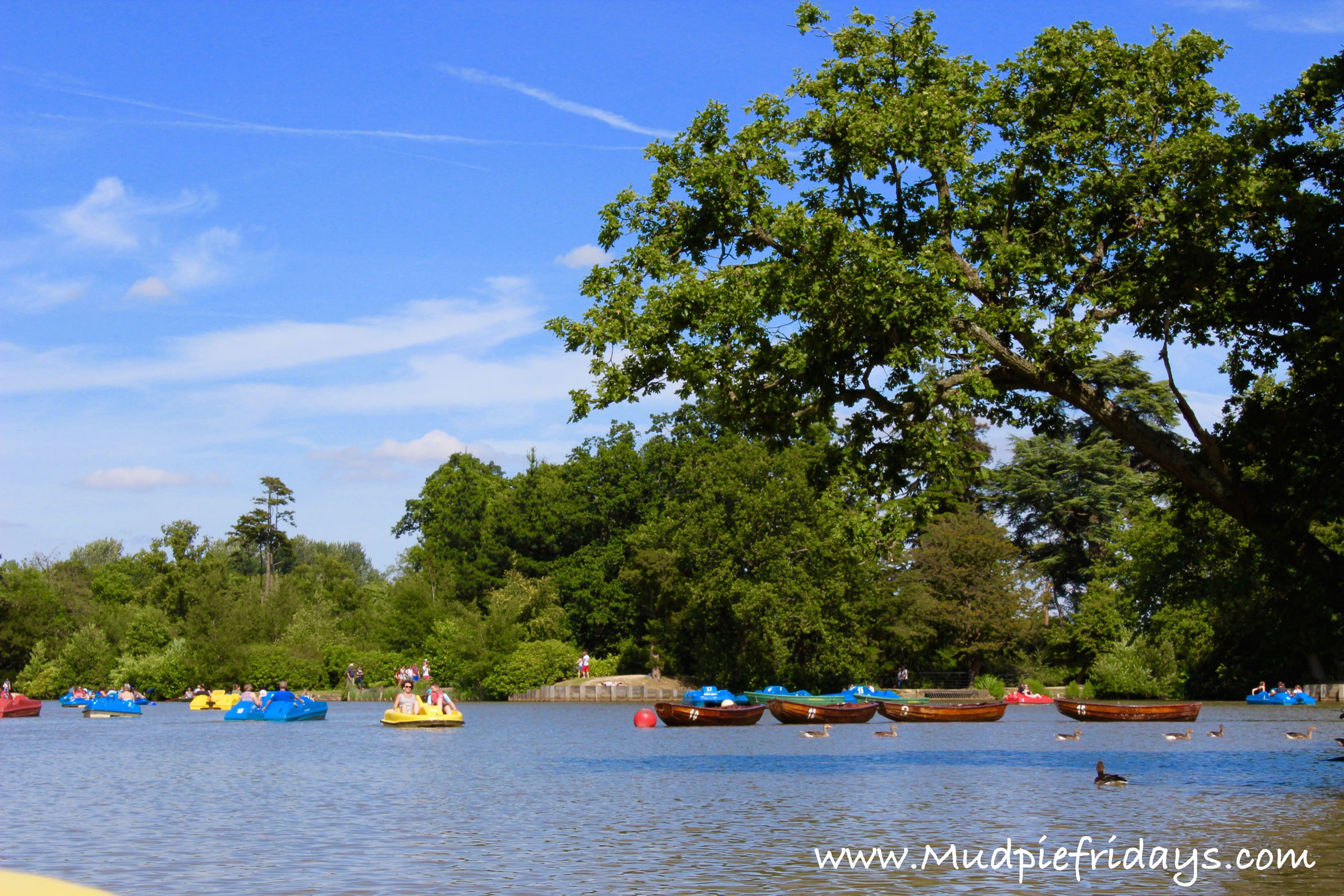 They have lots of options when it comes to hiring something to take onto the lake, we opted for a four person pedalo. I was a little nervous of us sitting in the back with the pedals and Monkey in the front. I need not have worried he was fascinated and stayed firmly put. They do have a large number of life jackets of varying sizes, and the one we had was good quality.  It cost £6.50 for half an hour, they also offer rowing boats for £8.50 an hour and canoes for kids, adults and even doubles. Actually once you are on the lake you can pedal round reasonably quickly. Monkey kept watching for fish and encouraging us to chase the geese! 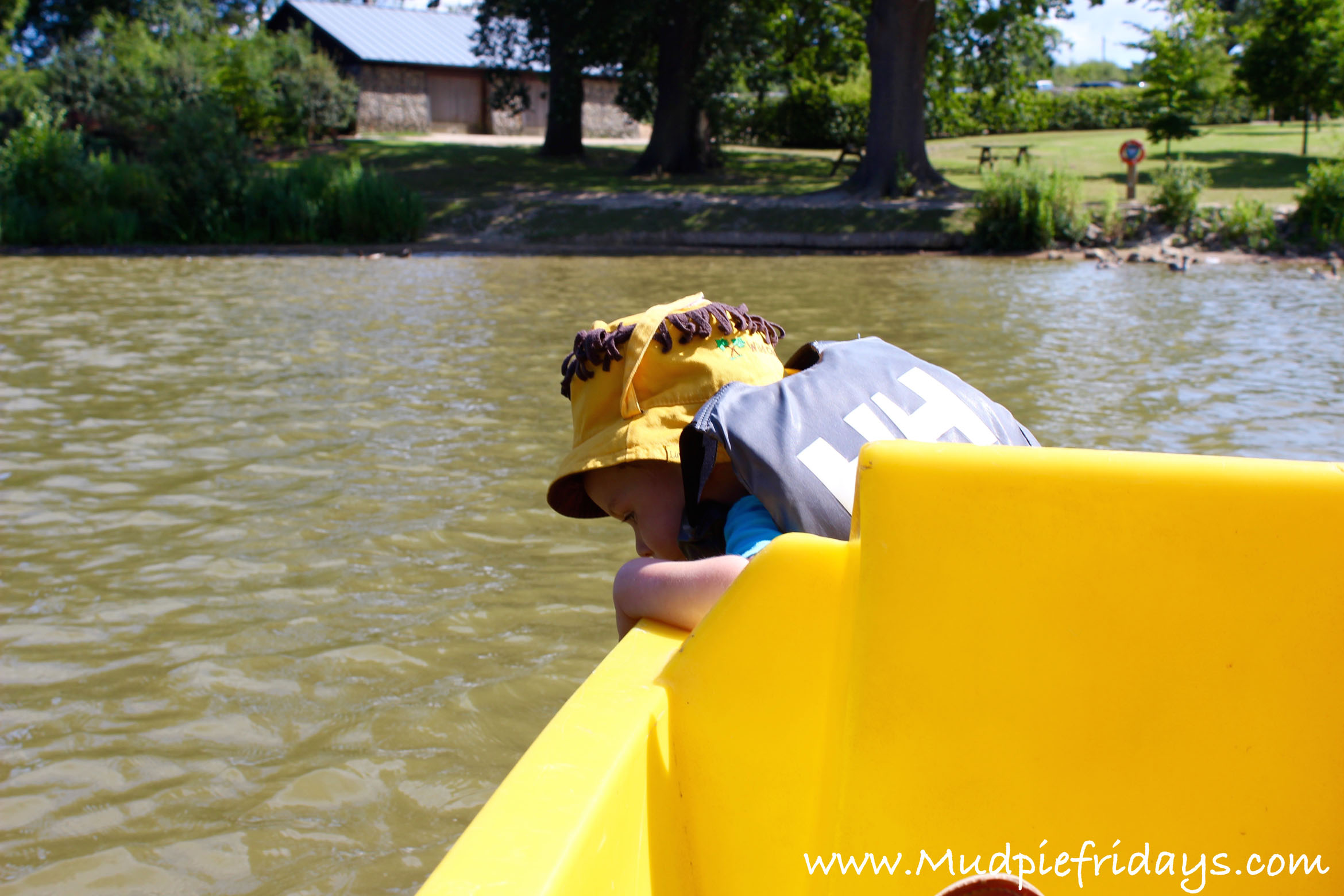 Overall its a brilliant stop off for an afternoon if you are in the local area, we will definitely visit again, and its a fabulous place to hold a party or a family get together in the sun as many other people were doing on the day we visited.

Creating an Electronic Journal for your Child 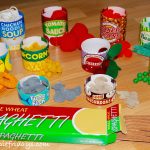