Stream Fishing in Surrey Abinger Hammer – An afternoon catching tiddlers, net fishing in a Surrey stream. On our Summer Bucket List is fishing, we went last year and Monkey loved it so much he wanted to go back. I stumbled across the stream which is actually part of the Tilling Bourne River that runs through the pretty little village of Abinger Hammer quite by chance. I use to use the A25 as a back route home from meetings in Guildford and in the Summer months often noticed all the families playing in the stream and eating picnics next to the cricket green. In fact when I had returned to work from maternity leave I found the first Summer back particularly difficult and would often feel a little green with envy as I watched parents enjoying time with their children. 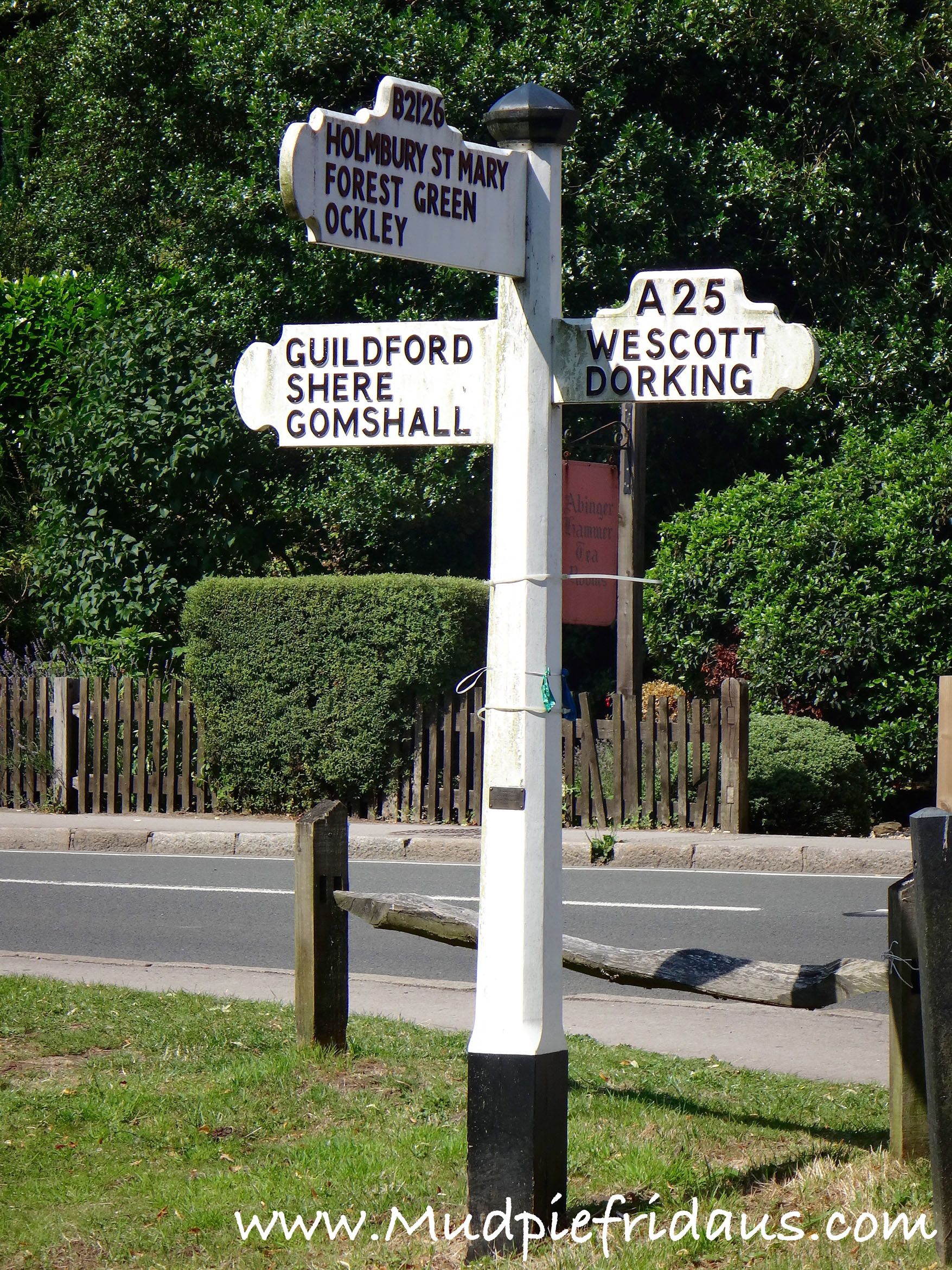 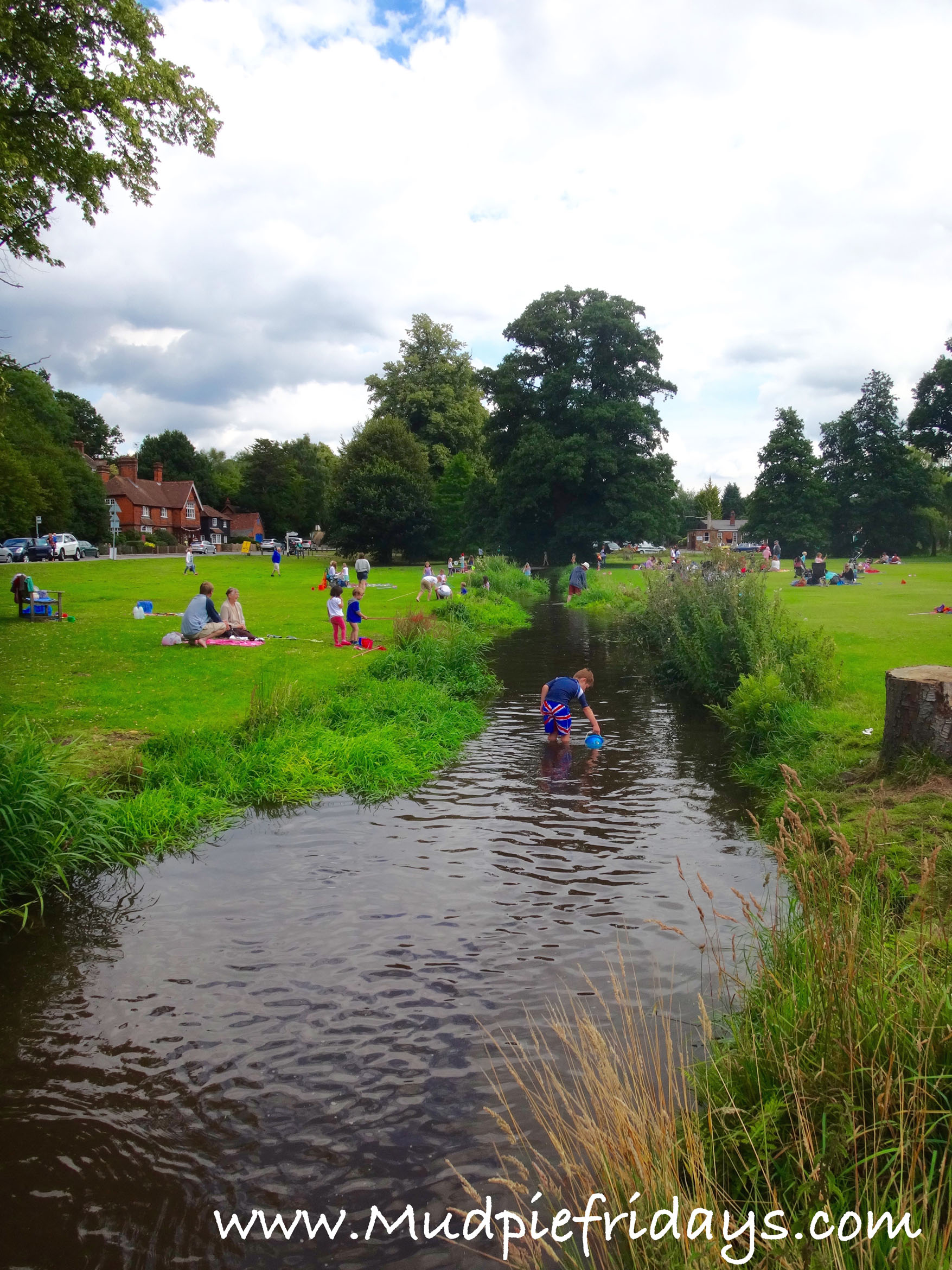 So much so that I remember texting my NCT friends and practically demanding we do the same thing that coming Friday. This year we went back for more. It is a popular spot so its best to go early especially if you visit at a weekend. It means that cricket is likely to be on and so you can only sit on the side of the stream nearest to the road. Point to note – its not enclosed. So if you are roadside its a reasonable width but you need to watch your toddlers!

The stream itself flows at a good pace, its not fast enough for it to be a problem for them to wade through it (Monkey had only just turned two last time we went and was fine) but its moves quick enough to ensure the water is clean and there is no weed or algae growing. It has a muddy stoney bottom so I would recommend pool shoes or similar when paddling.  Its reasonably shallow all the way down only just coming up over Monkey’s knees and easy to enter on both sides of the bank. As you can see Monkey was very impressed with the stones he was catching: 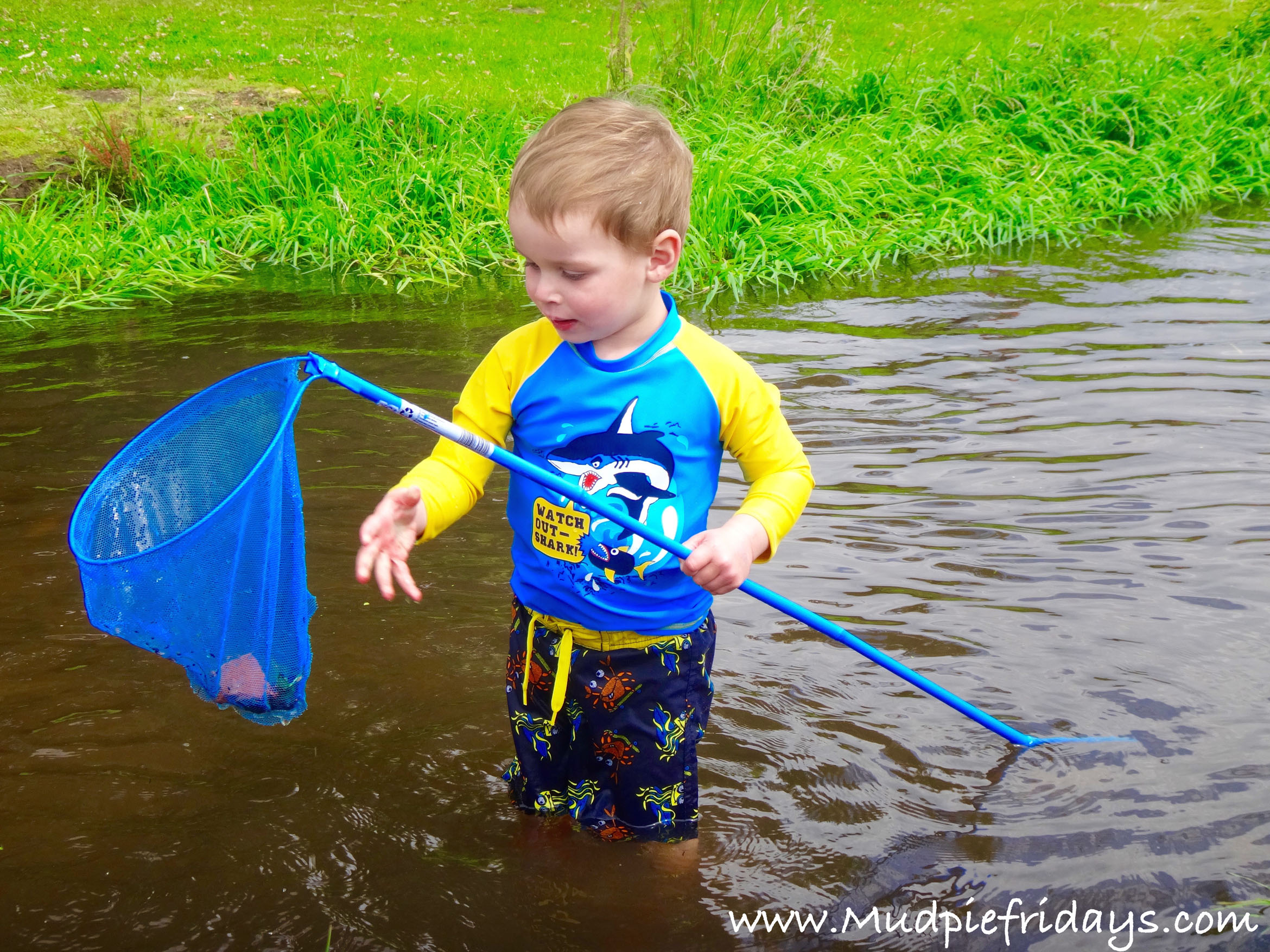 Some of the older children had been quite successful in actually catching fish we also saw some small shrimp taking refuge is a lunchbox. Monkey was quite upset as all he managed to catch (other than the stones) was a dead fish! I have promised we will go back with Daddy. Who is a lot more apt at catching fish than I am. 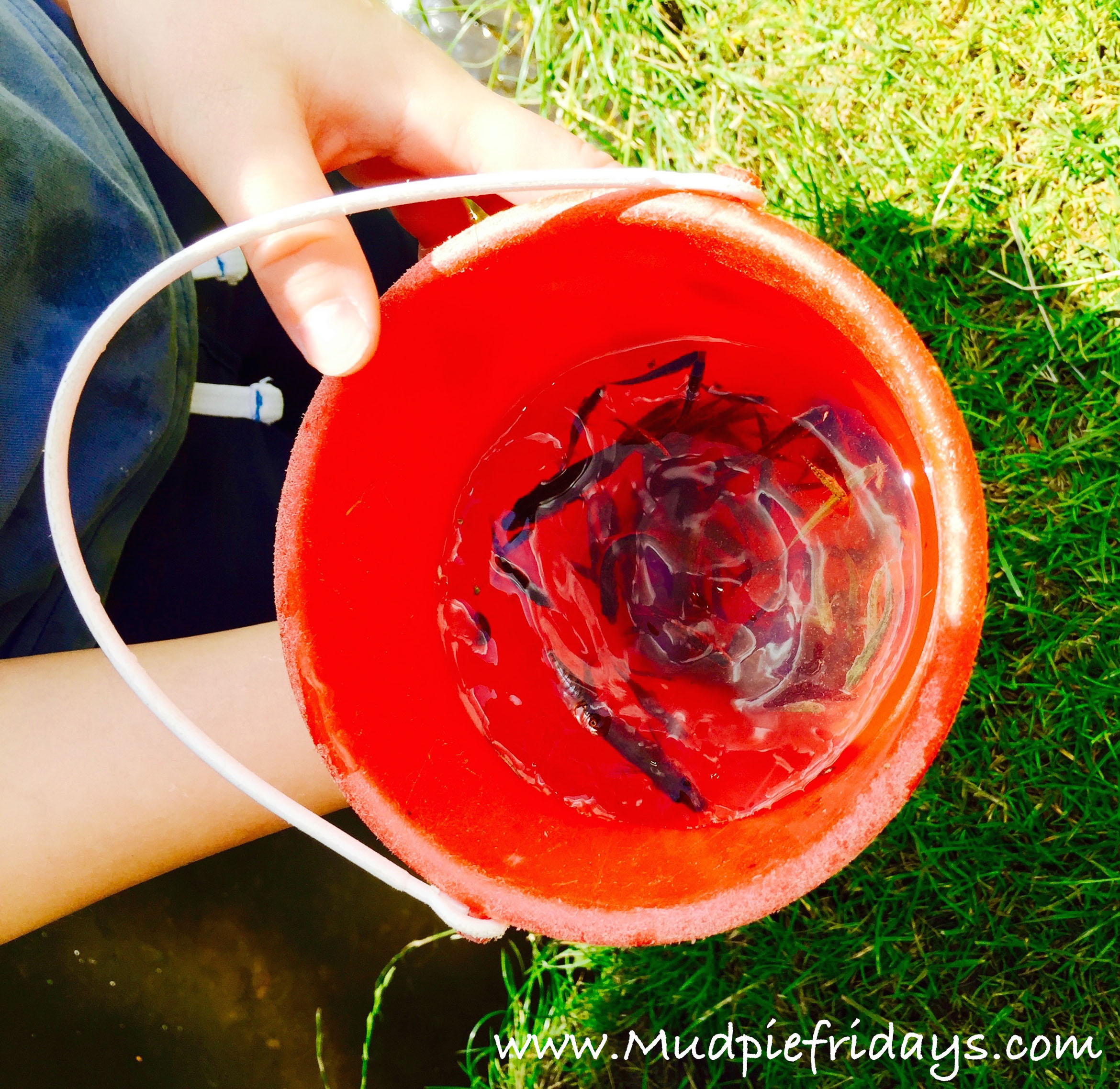 Many people bring picnics with them. However there is a couple of nice pubs nearby which cater for kids and a tea room opposite. There is shop adjoining the team rooms which sells ice creams and cold drinks as well as nets (£1 each) and buckets (£2 each). 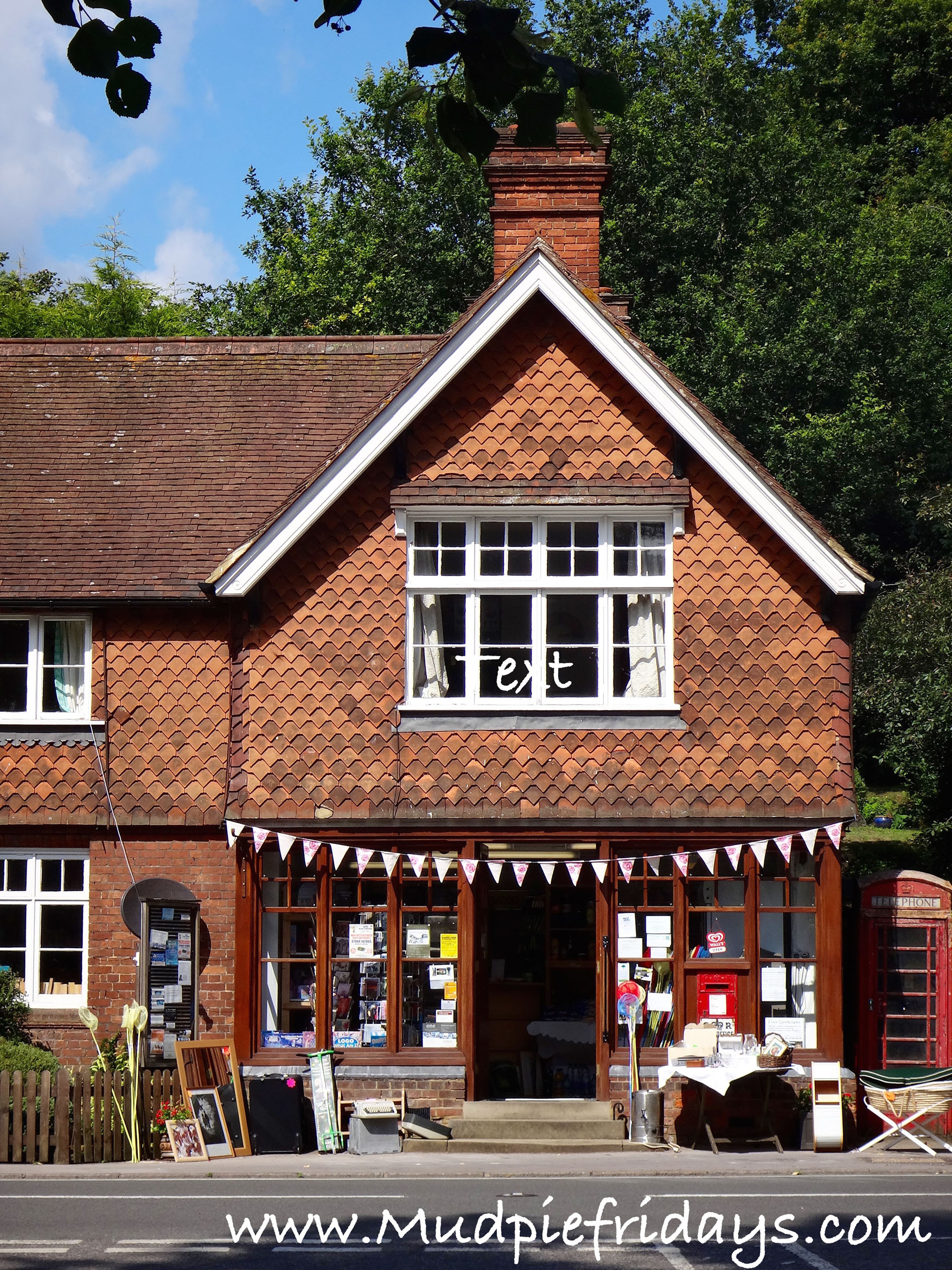 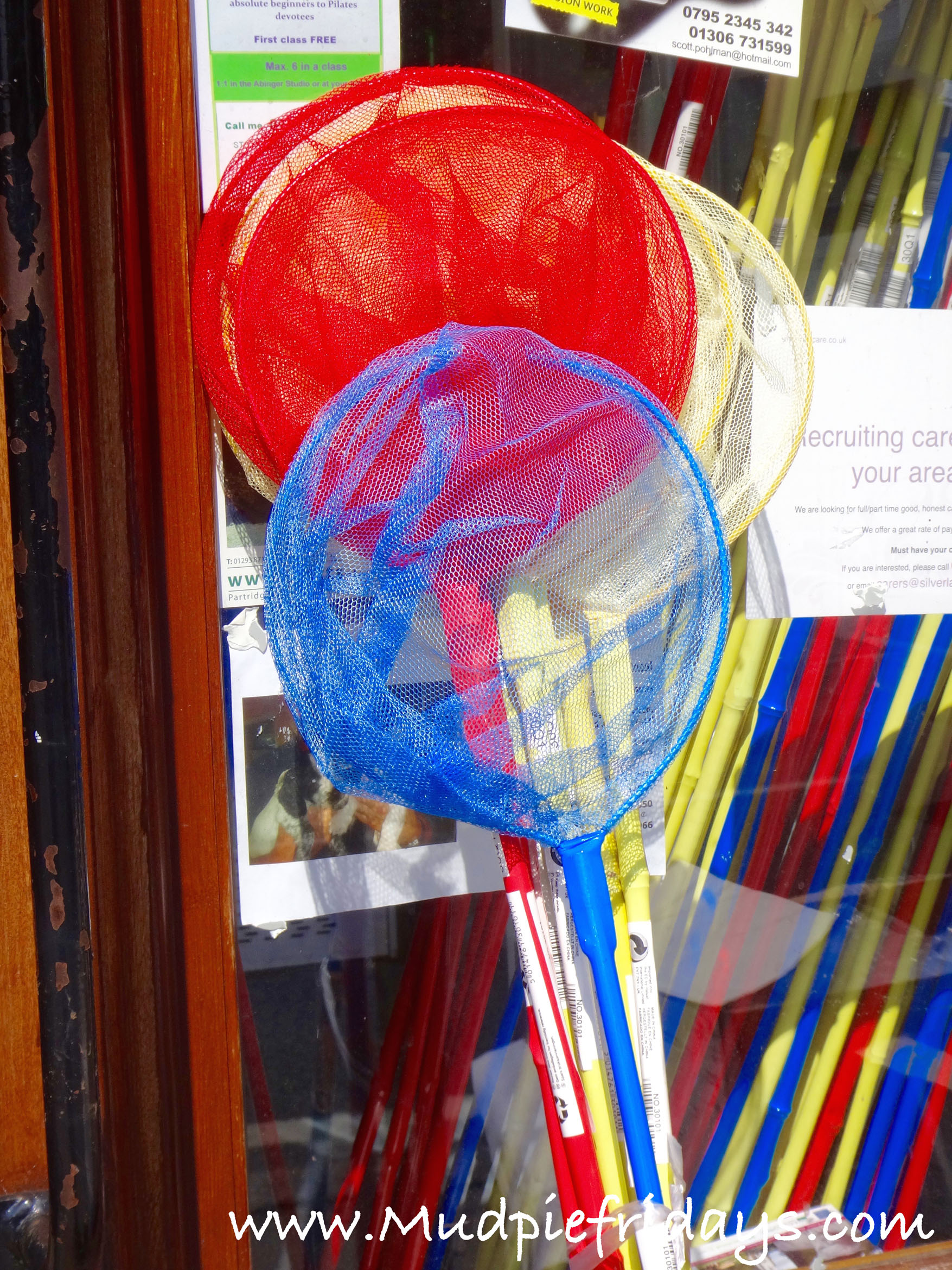 There is a public toilet across the road in the other direction (past the garage). We didn’t need to test it out this time round. One of the the mums did and commented that it wasn’t bad. At each end of the stream there is a little bridge. That proved popular when they didn’t want to paddle anymore. 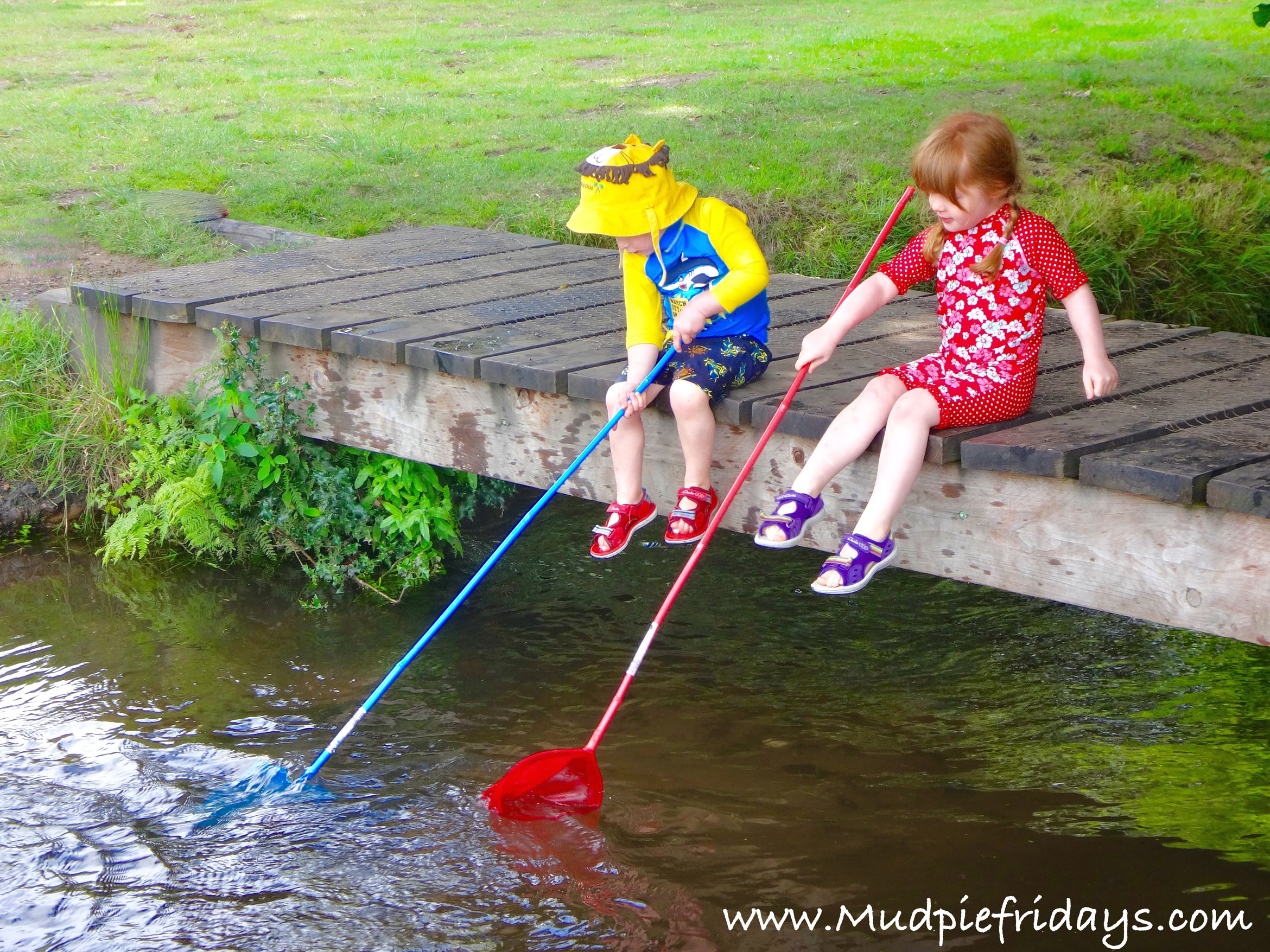 There is also a small play park the other side of the cricket net. It is not really set up for three year olds. But for older children there is a slide, climbing wall/frame/net and a couple of swings. We had a brief play before heading home. Depending on how busy it is parking can prove a little troublesome. The road that runs down the side of the stream has double yellows along the first part of it. After which it is a single line and many parents park half on the pavement and half on the road. A little further up there is a small carpark on the right handside. It can hold about twenty cars and has a couple of disabled spaces as well. 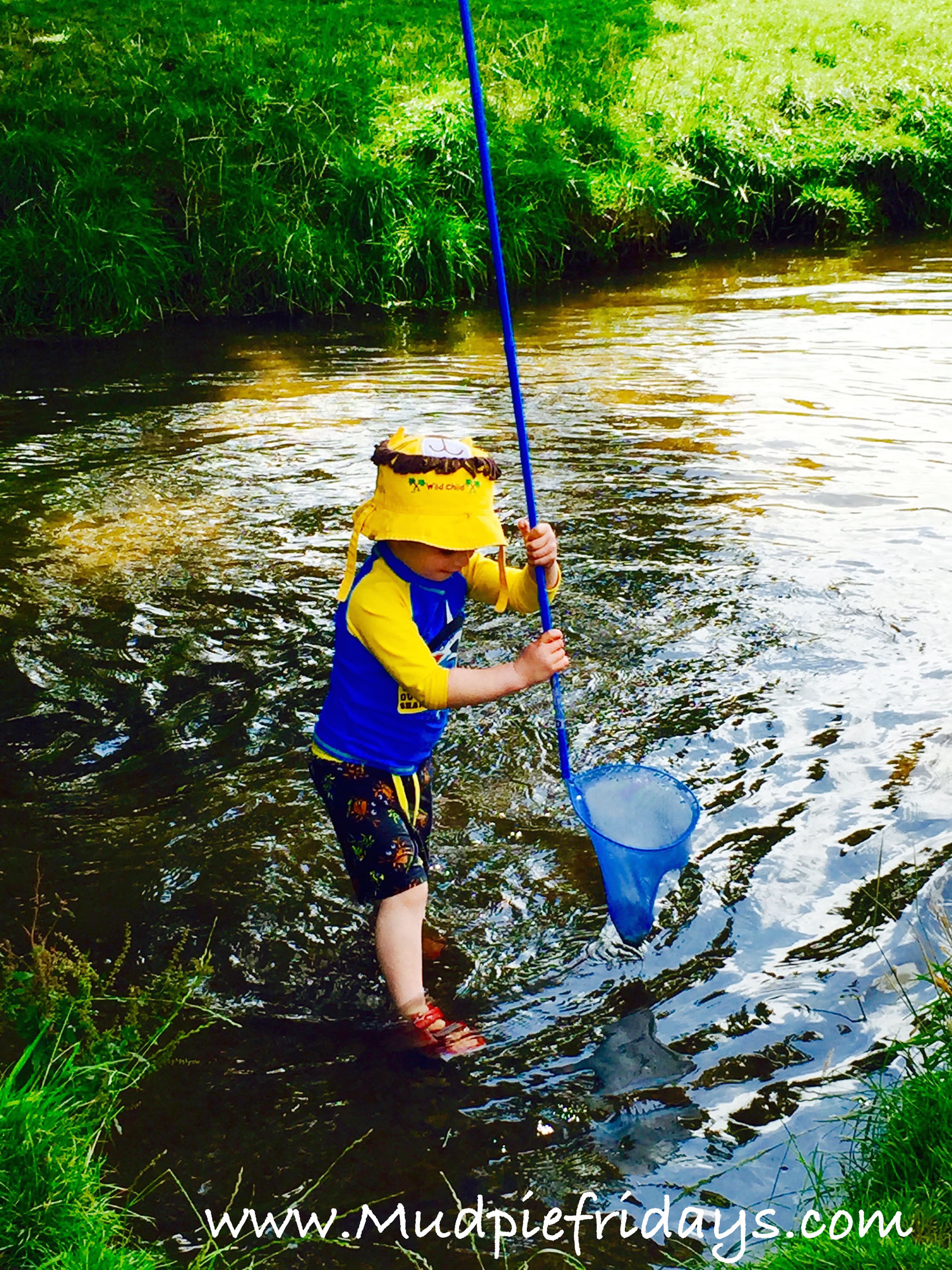 It really was a lovely afternoon and all the parents we met were very friendly. We will definitely be going back this Summer. As I have promised Monkey that we will catch a fish next time! 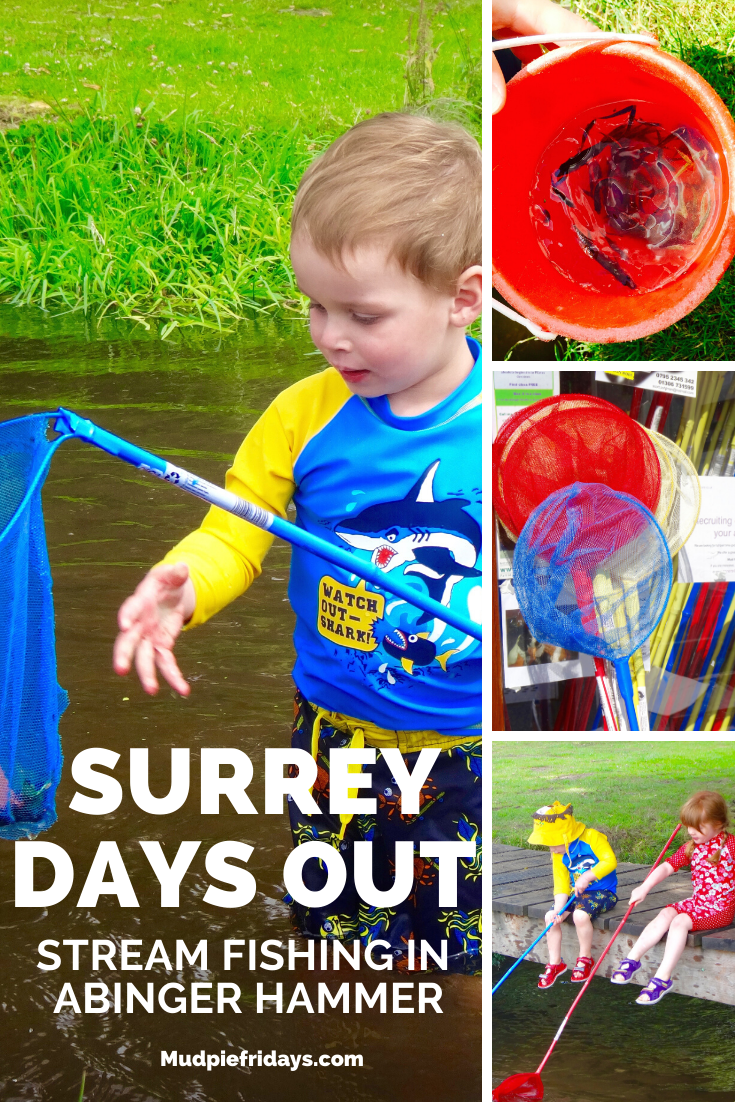 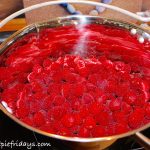