Hopeful that the sun may come out to play over the weekend last night Monkey and I made some Pink Lemonade Ice Lollies. The recipe we used was from How to Eat a Rainbow which is book written by a very dear friend of mine – Ellie Bedford. How to Eat a rainbow is a collection of raw food recipes that are tasty, fun to make and help your little ones get their five a day. The recipes have been tested by children for children, its fully illustrated in the picture book style with magical fairies, pixies and elves getting up to mischief on each page. Monkey was fascinated by the pictures and kept turning the pages to see what he could find next. The Pink Lemonade recipe called for the juice of 4 lemons, 1 cup of strawberries, 3 cups of watermelon and 6 cups of filtered water. One little tip here buy a small watermelon as the seeds are not fully developed so you don’t need to pick them all out! 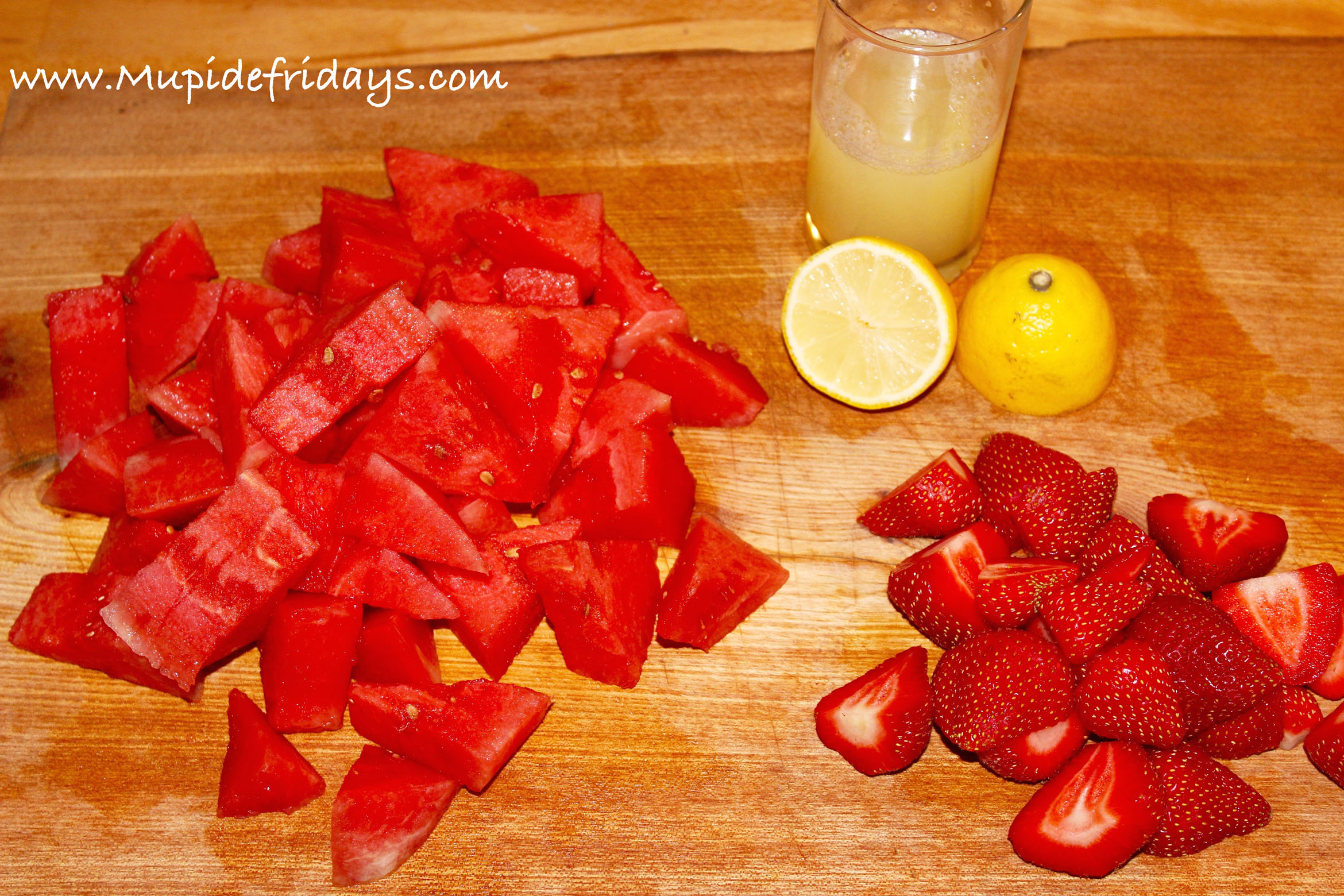 Monkey had great fun combining the ingredients into the blender: 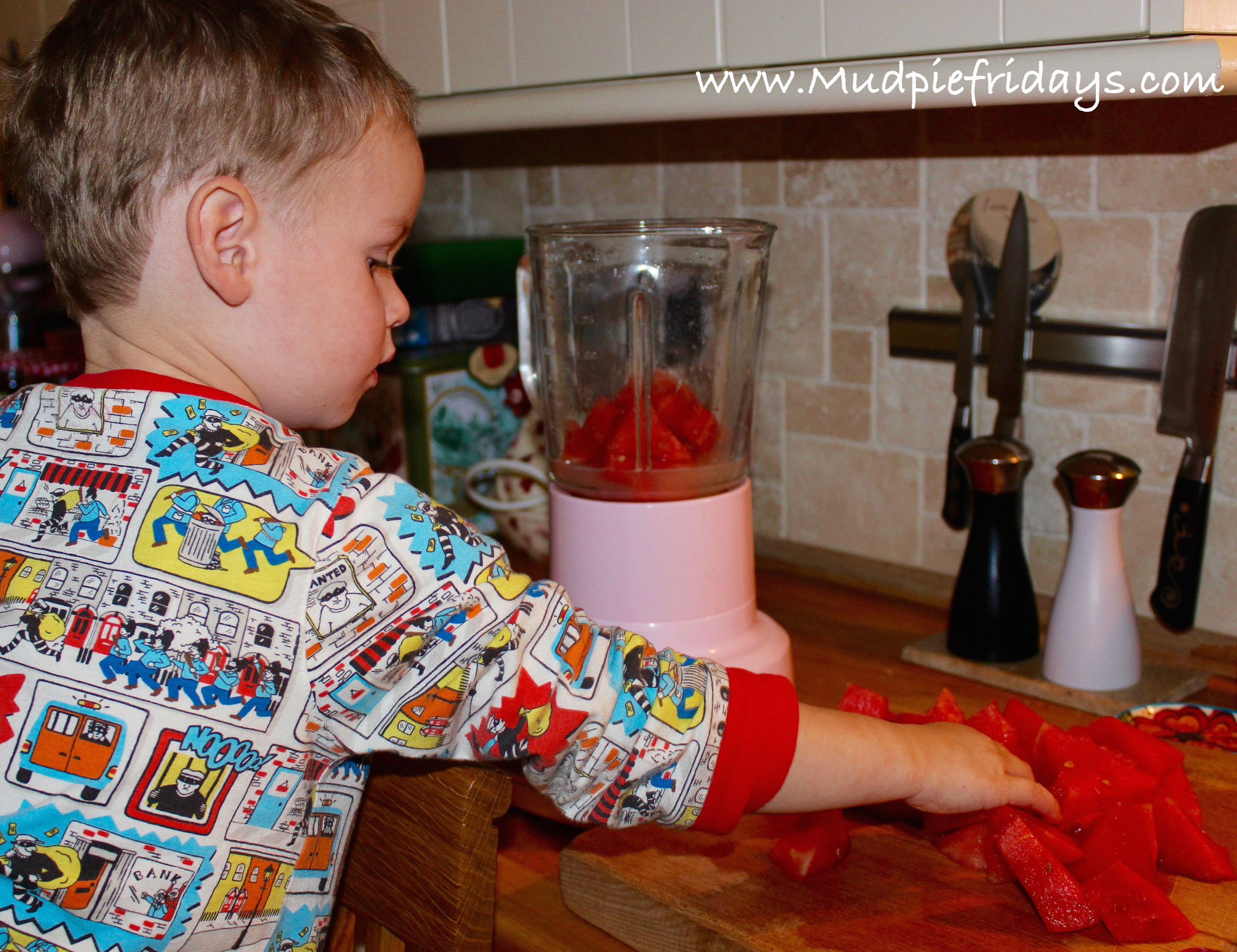 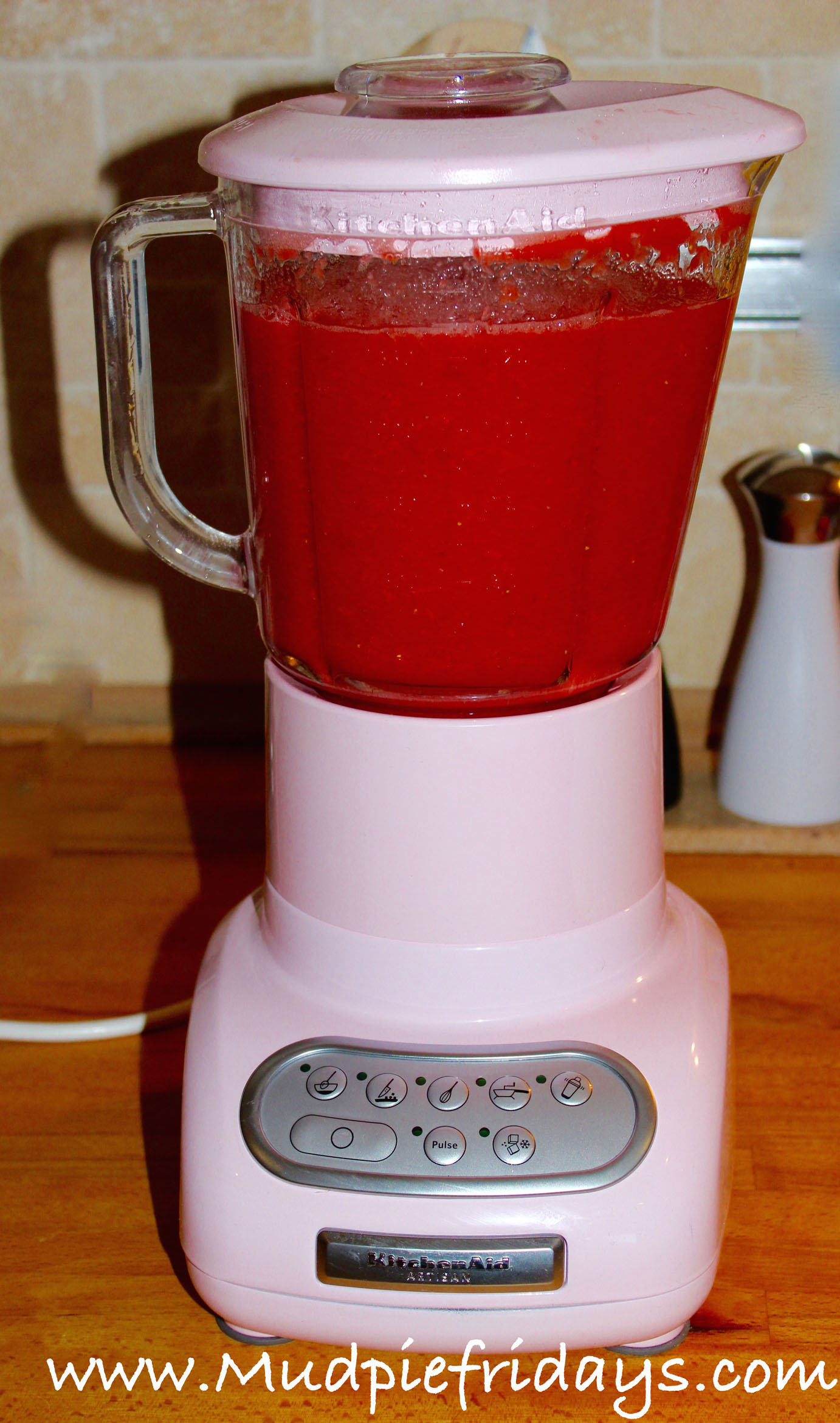 Once we had blended the mixture together I put it into ice lolly moulds and straight into the freezer. When he got home from nursery this evening the first thing he asked for was to try out his ice lollies and they went down a storm. How to Eat a Rainbow has been nominated for a Veg Fest Award in the Best Vegan Cook Book Category. This is Ellie’s first book although she has been making raw food for six years, it has been really hard work to get it to this stage. As anyone out there who has brought a book to market knows. If Ellie were to win this award it would finally give her the recognition she deserves for all the hard work that has gone into this project. Not only that but it will make the route to market for her future recipe books much easier. Please can you vote for How to Eat a Rainbow using the below link, we would both be very grateful.

Thank you for reading

a Rafflecopter giveaway – the competition has now finished however, Ellie’s books are also avaliable to buy – signed copies from Coles in Bicester and non signed copies which retail at £9.99 from The Vegan Society. 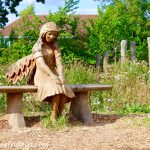