I have mentioned before that Hubby and I are keen gardeners and love to grow our own fruit and veg. We are probably more keen than accomplished! But it is important for us to pass on this enthusiasm to Monkey. We have been growing since the Spring and now its time to start to harvest some of the veggies which is by far Monkey’s favourite part. 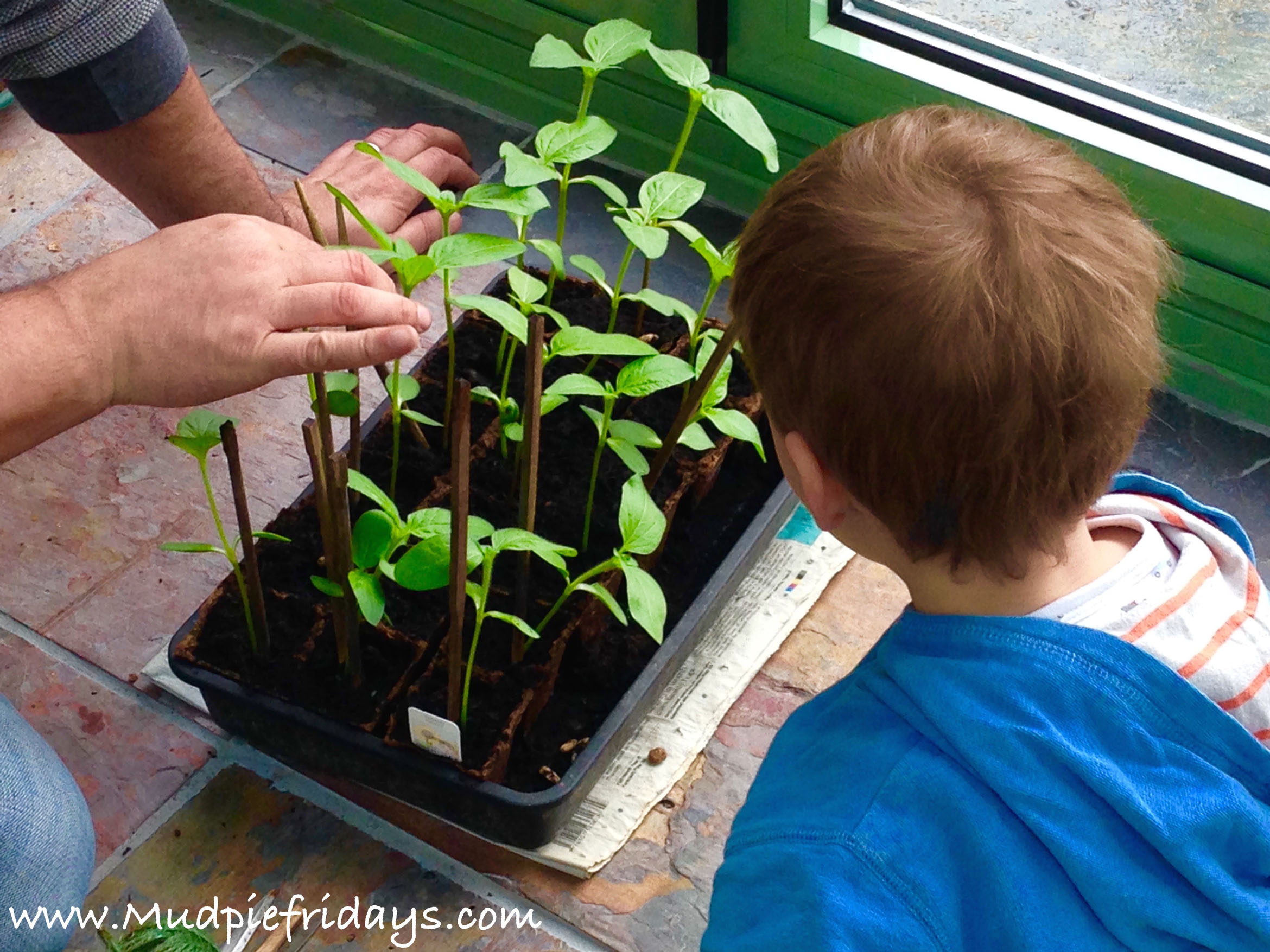 In the Spring Monkey learnt to plant seeds (these are sunflowers) and watched them grow in the  conservatory before they were moved outside. Every time he came home from nursery he would rush to water them, helping to develop his nurturing side. He also learnt what a dibber was for and helped planting the sweetcorn and courgette plants. We have not harvested any of the sweetcorn yet butI don’t think it will be long before they are ready because their flowers have started to die. He does like going up and finding courgettes amongst the undergrowth though. We planted both yellow and green this year and he loves pointing them out. We need to cut the plants so Hubby generally will pick them with him. He was very excited when he spotted a huge courgette over last weekend, which actually weighed in at 3.1kg! Not sure it will be worth eating though since it has got so big! 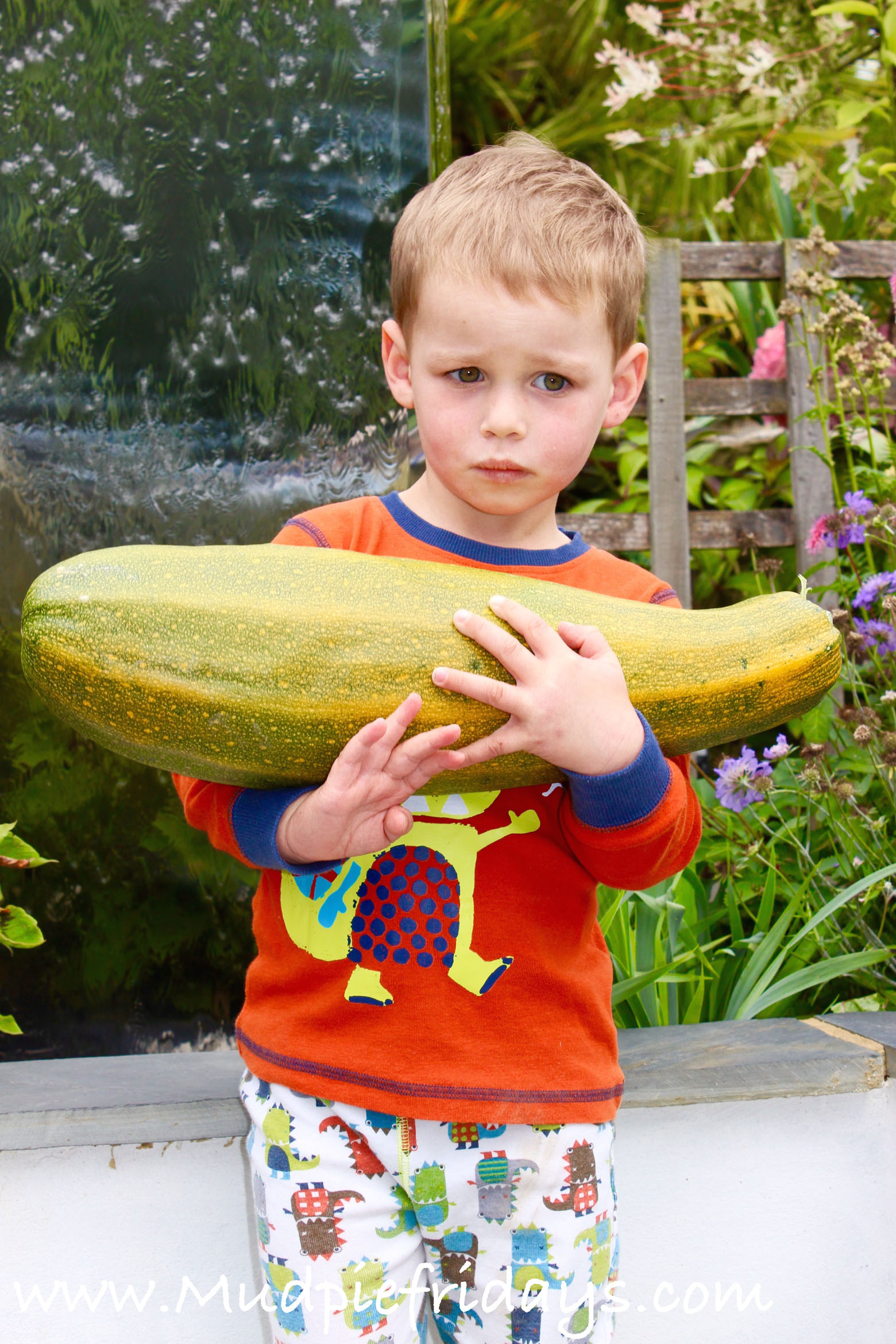 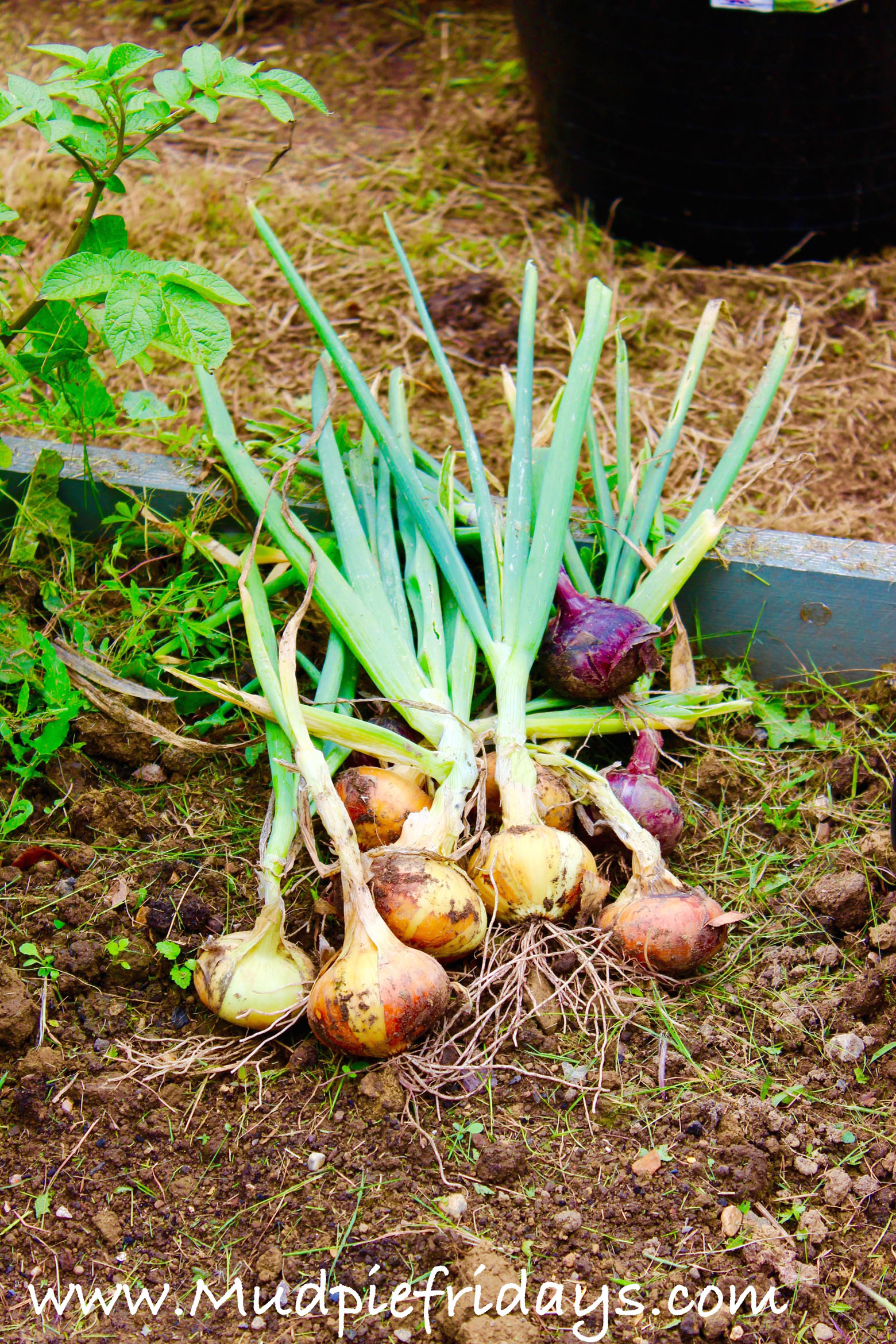 He also helped us to pull up the onions – its a bit early really but as next doors dog has damaged the leaves so they will start to soften unless we take them out of the ground. They are a reasonable size but not the giant versions we were hoping for. We still have some late potatoes in but a few weeks ago we dug up our main crop. Monkey loved digging in the earth to find them, rescuing all the ones he could find, including some very small ones which will ever make it onto our plates. They were the ‘baby’ potatoes, the medium sized ones were ‘mummy’ potatoes and the large ones ‘daddy’ potatoes. He was very proud of the haul which filled up his wheelbarrow nicely.

His second favourite behind strawberries is tomatoes, he loves to eat them and he loves to pick them. This year we planted several different varieties which meant that it sparked lots of conversation about the different shapes and colours. His favourite were the traditional tomatoes though. Once picked he helped us to make passata which we will have on pasta later on in the week. Not only is it great fun to do, and it always tastes better home grown but by introducing your children to growing fruit and veg you are;

We have bigger plans for what we are going to grown next year including carrots at Monkey’s request. What would your little ones like to grow? 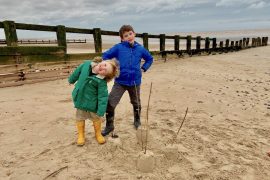