As part of preparing for a long flight with Monkey I updated some of the apps on his tablet and on my phone and I thought I would share with you the ones he enjoys the most. The apps below are on both android and apple unless otherwise stated.

1. Gruffalo Games– Magic Light Pictures Ltd – £2.99. We really enjoy this game, essentially there are six games in one – noughts and crosses, snap, matching game, jigsaw, sequencing and nut catching. Some of the sequencing is a little difficult as it can sometimes include the alphabet in order. Monkey is only starting to learn his letters so this is a bit advanced for him but when it is just shapes and colours he can do it easily. Monkey will happily play this on his own without any intervention. It is definitely worth the £2.99. 2. Snail Bob – Chillingo Ltd -79p. I downloaded the free version on Monkey’s android tablet but it is 79p on apple. The android version gives you 20 levels for free. He can do the first couple of levels himself but after that he needs you to do it for him. It reminds me a bit of lemmings where you need to do things to help Bob move from one drain pipe to the next, hopefully meaning he will not end up in snail heaven. For older kids I can see how it helps develop logic etc. But its too advanced for a 3 year old. However Monkey does love it! 3. ABC Alphabet Puzzles – Kizzu – £2.29. You can try puzzles A-I for free there is a charge for the remaining letters. For each letter of the alphabet there is an animal puzzle which is the shape of the actual animal. They are reasonable straightforward although I was impressed that Monkey could do them on his own. He loved it so much I ended up buying the other letters, as he often choses this game over the others. 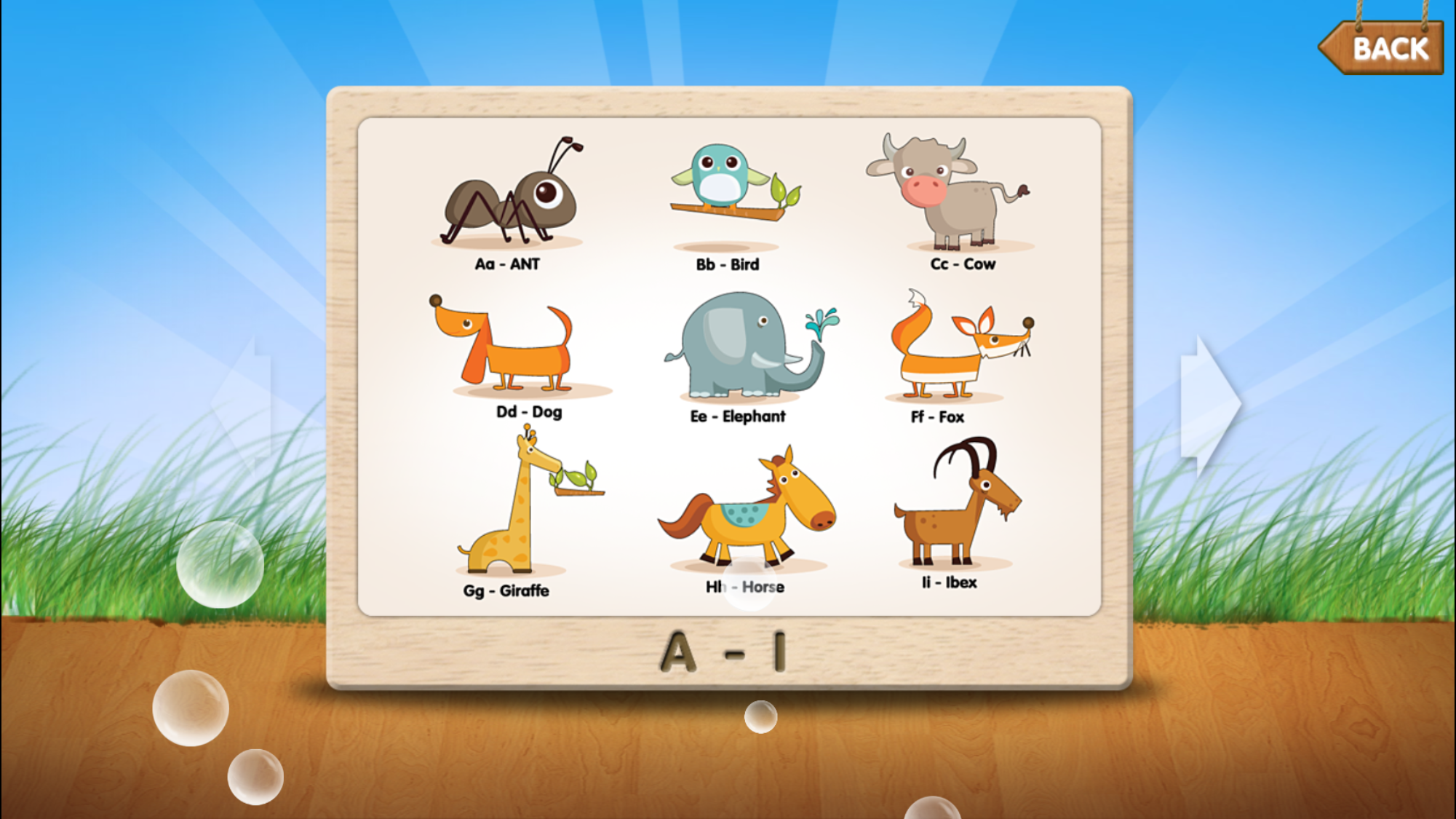 4. Room on the Broom Games – Magic Light Pictures Ltd – £2.99. I brought this after we had tried out the Gruffalo. If you are going to buy one or the other I would probably opt for the Gruffalo. However this is along a similar vein with eight games in one – join the stars with the witch, find the hat, find the broom, find the bow, find the wand, join up the stars, catch chips for the dragon and fly the broomstick. The graphics are very good although he does need hip with joining the stars and flying the broomstick. 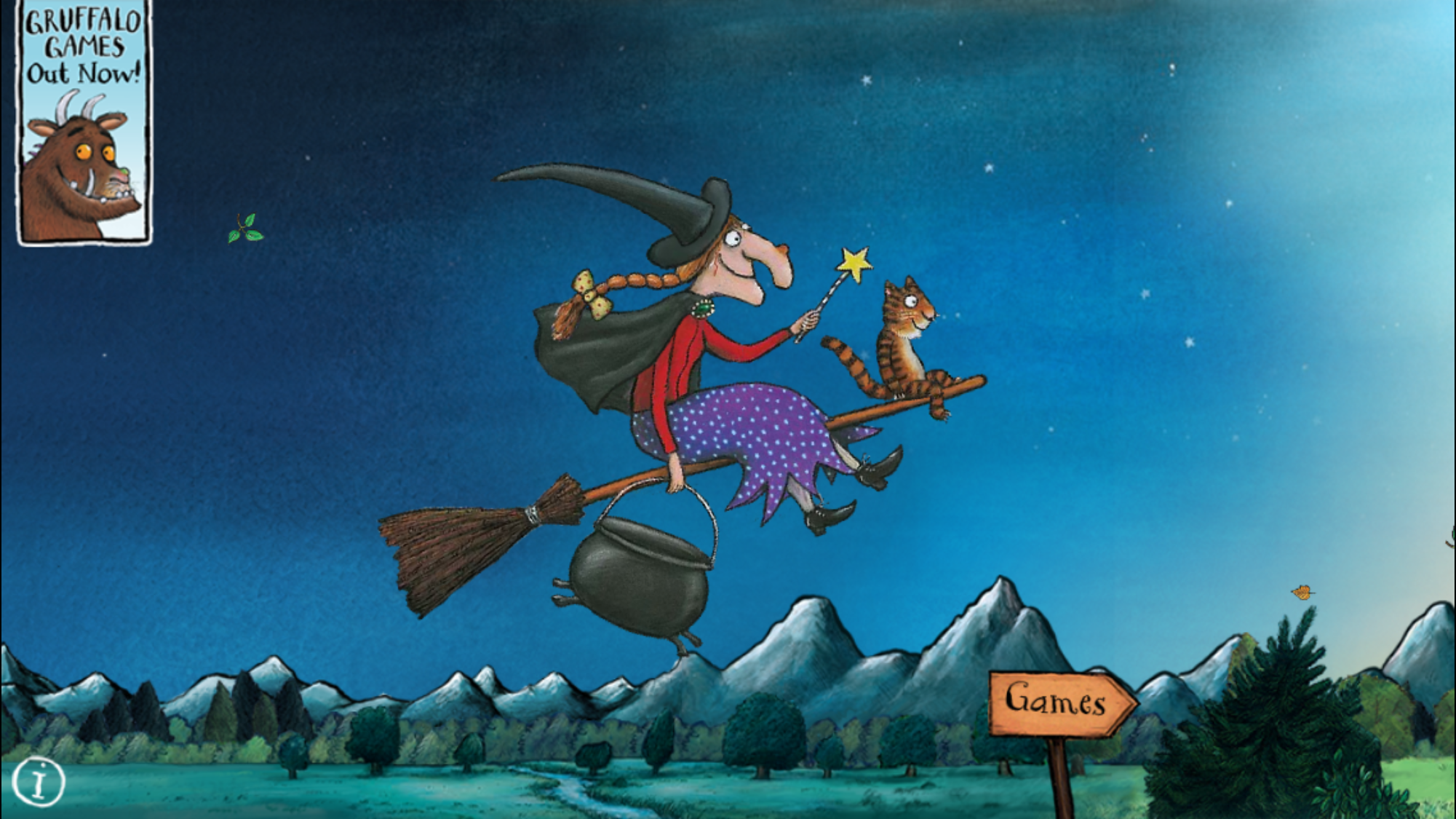 5. Chuggington – Budge Studios – free. Monkey is a Chuggington fan so when we found this app he was very excited to try it out. You get to move all of the well know characters around the tracks picking up items and rewards as you go. Be warned a lot of the game is locked down and you need to purchase additional characters (you only start with Brewster) and items. We have yet to do this so still only have the build and play part. Monkey enjoys it none the less, we may look to buy the other items at a point in time, although it is £7.99 for a set of three. 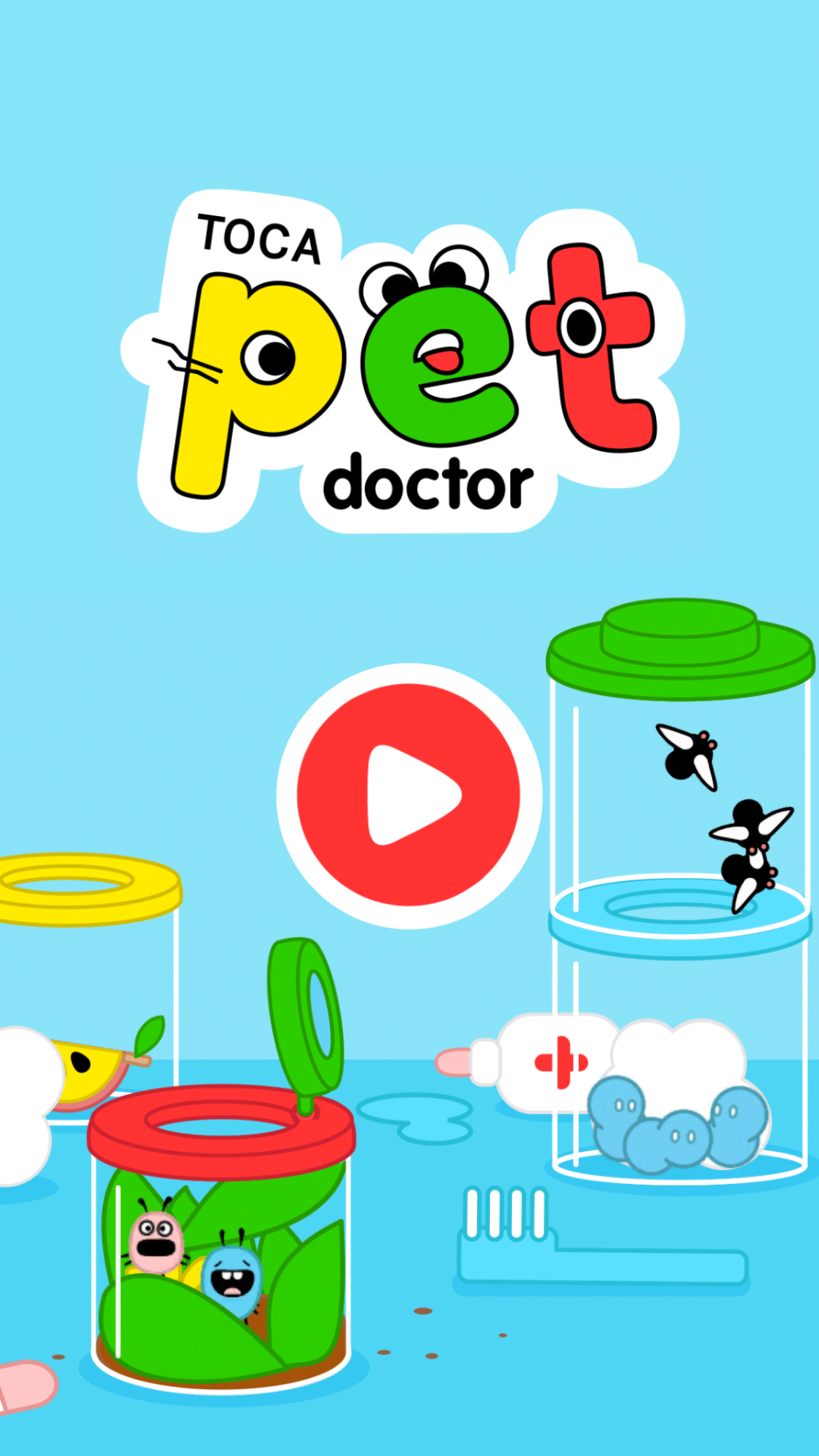 6. Pet Doctor – Toca Boca AB – free. This is a great game and the first one we came across by Toca Boca. Pretending to be a vet you need to mend fifteen animals before feeding them each in turn. It varies depending on the animal as to what they need help with, for example you have a worm with a knot in his tail, a pigeon’s with a broken wing, a turtle that needs righting and an egg which needs help cracking to name a few. Monkey can play without any intervention and it is a good game to help develop touch screen skills. 7. Science Museum Splash! – GR/DD Ltd – free. Fill the bath with cold or hot water (the screen will mist) and add items to the bath to see if they float or sink. It is also possible to change the colour of the water by adding different coloured soap bars to the water. Its a simple game and Monkey enjoys adding items to the bath, emptying it and re-filling it. 8. Toca Lab – Toca Boca AB – 79p – Loving the pet doctor so much we downloaded the lab version. You start with a little blob that looks like a squashy potato and by placing it in various scientific apparatus it changes colours, grows fur and even multiples. Monkey doesn’t really understand what he is doing but enjoys it none the less, playing it without intervention.

9. Lego Duplo Train – Lego Systems Inc – free – we have had this one for a while but he still enjoys it. Building a train of different types of carriages and filling it with various cargos such as mud, bananas and fish before delivering them to their destinations. Sometimes he needs a hand to get the train up and running, but you can control speed, move passengers on and off and sound the whistle quite easily. 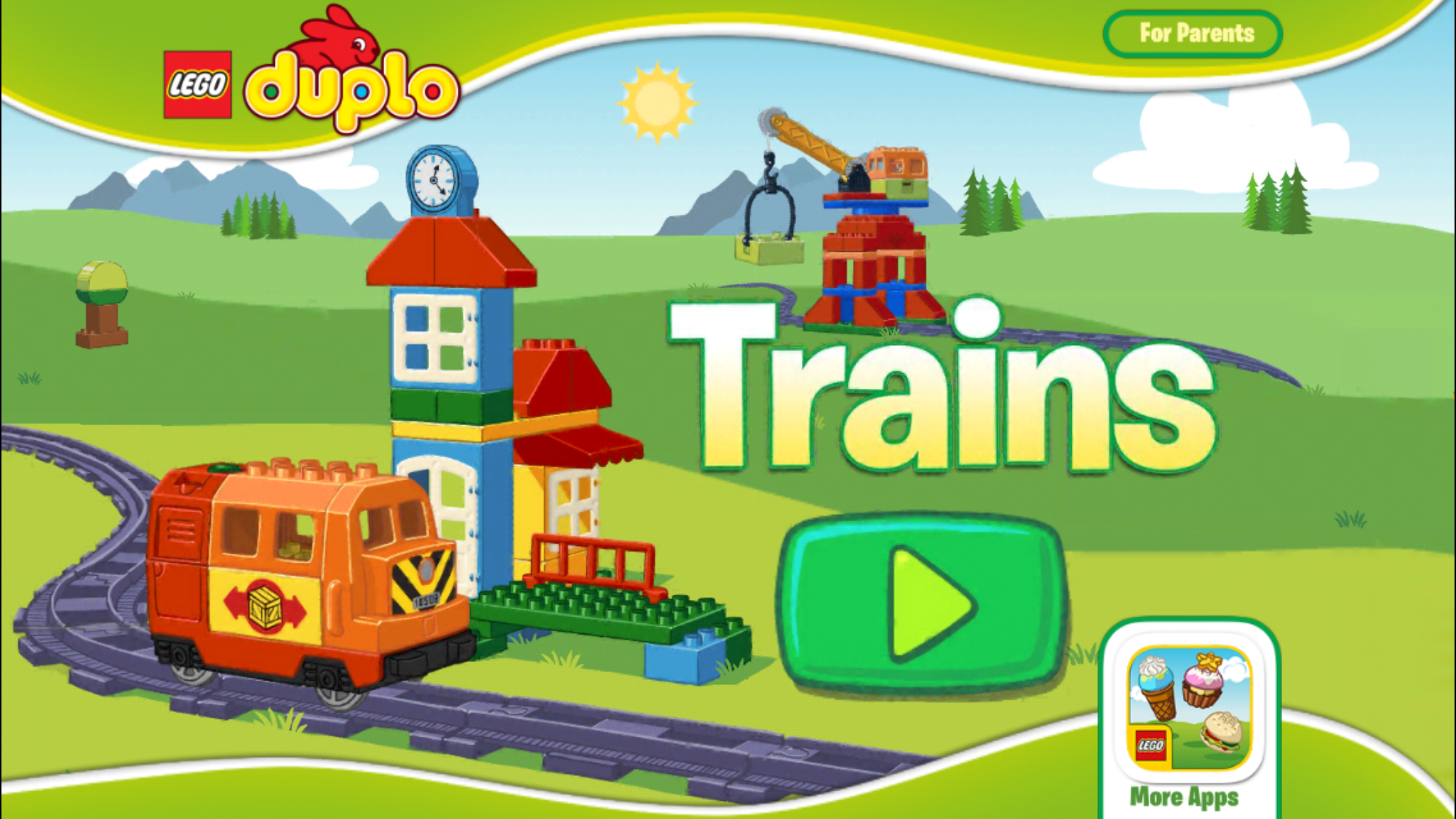 10. Monkey Preschool Lunchbox – THUP Games – free. Various mini games which are designed to teach colour, number, shape, size, fruits and letters. After every couple of games the child can choose a sticker to add to the board. I particularly like the memory game. It also has find the X coloured fruit, the fruit beginning with X letter, which fruit is the largest, which is the odd one out and also some small puzzles. When we first downloaded this he did need a bit more help with some of the games but he has since got use to it. Its probably more of a favourite of mine than Monkey’s because I really like the educational content, however he will play it when prompted and now without help. 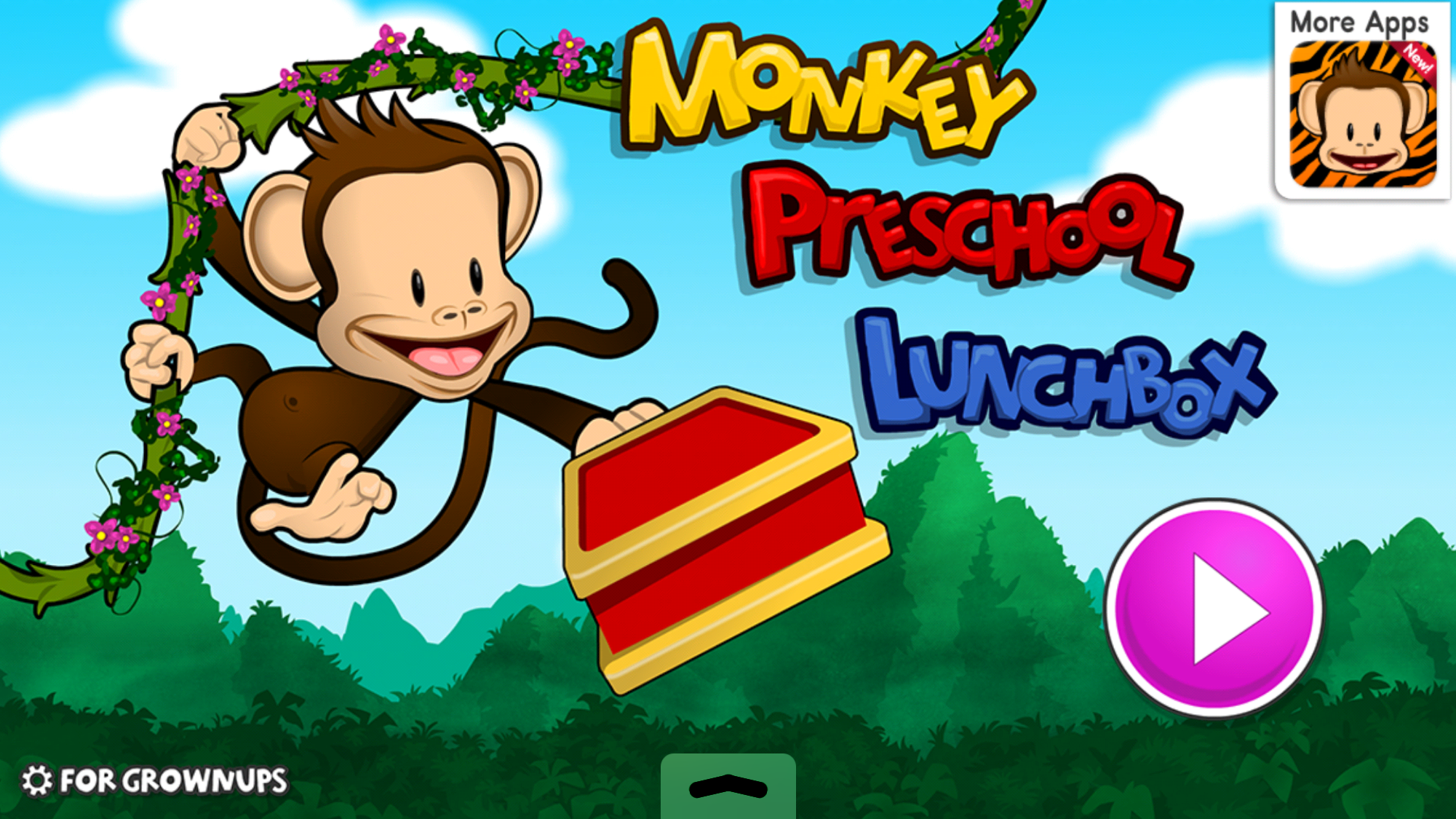 I would love to hear about any apps which your little ones love, please leave details in the comments if we are missing some gems.