As part of my continuing number focus with Monkey, our first was a Simple Counting Activity,  I decided to make some numbers which we can use on the light table. You can buy plastic versions of these but since I had all the materials at home and I was feeling in a crafty mood I decided to give it a go myself. You can make these easily in about an hour, probably quicker if you aren’t trying to watch The Great British Bake Off at the same time! 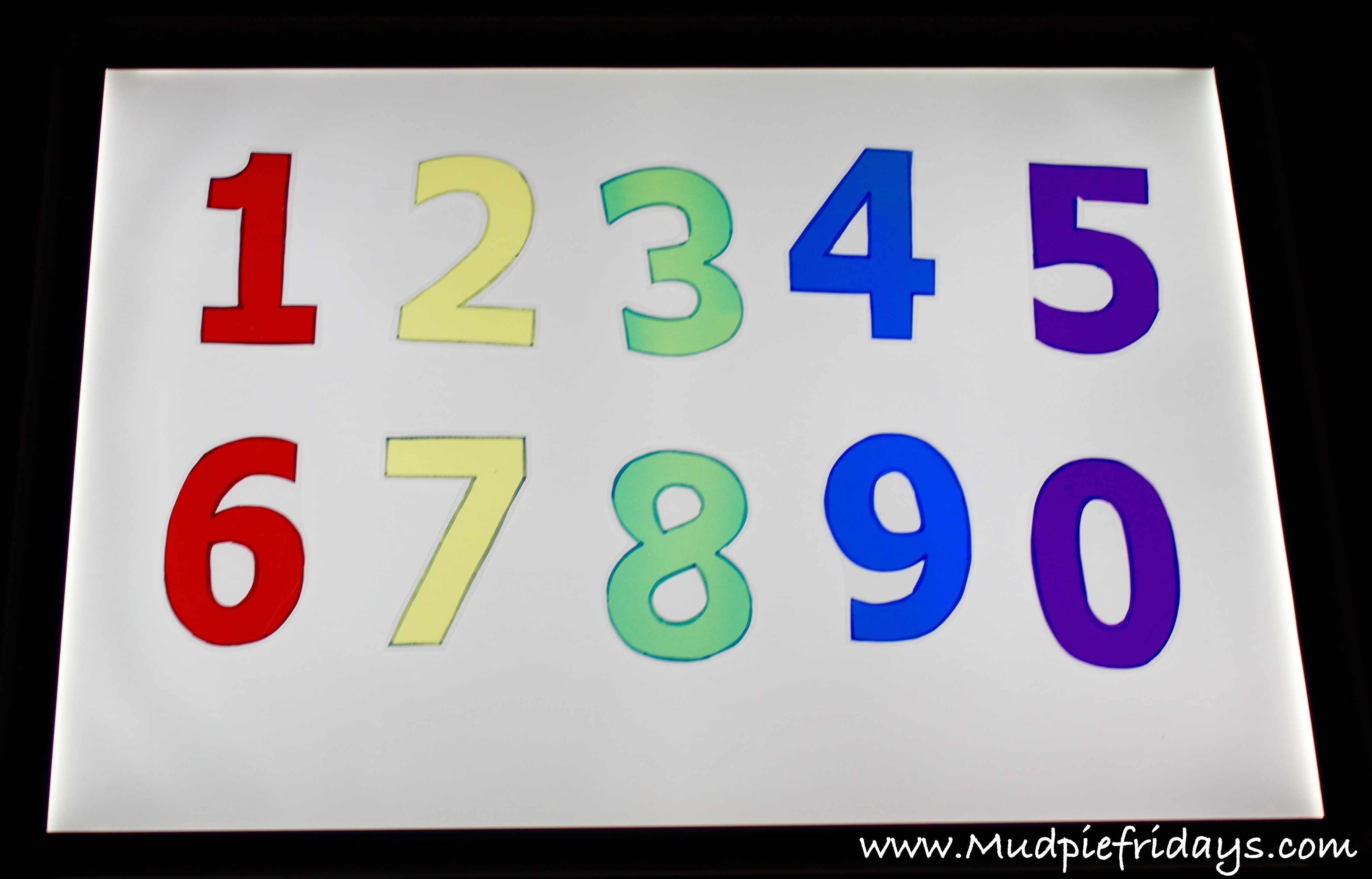 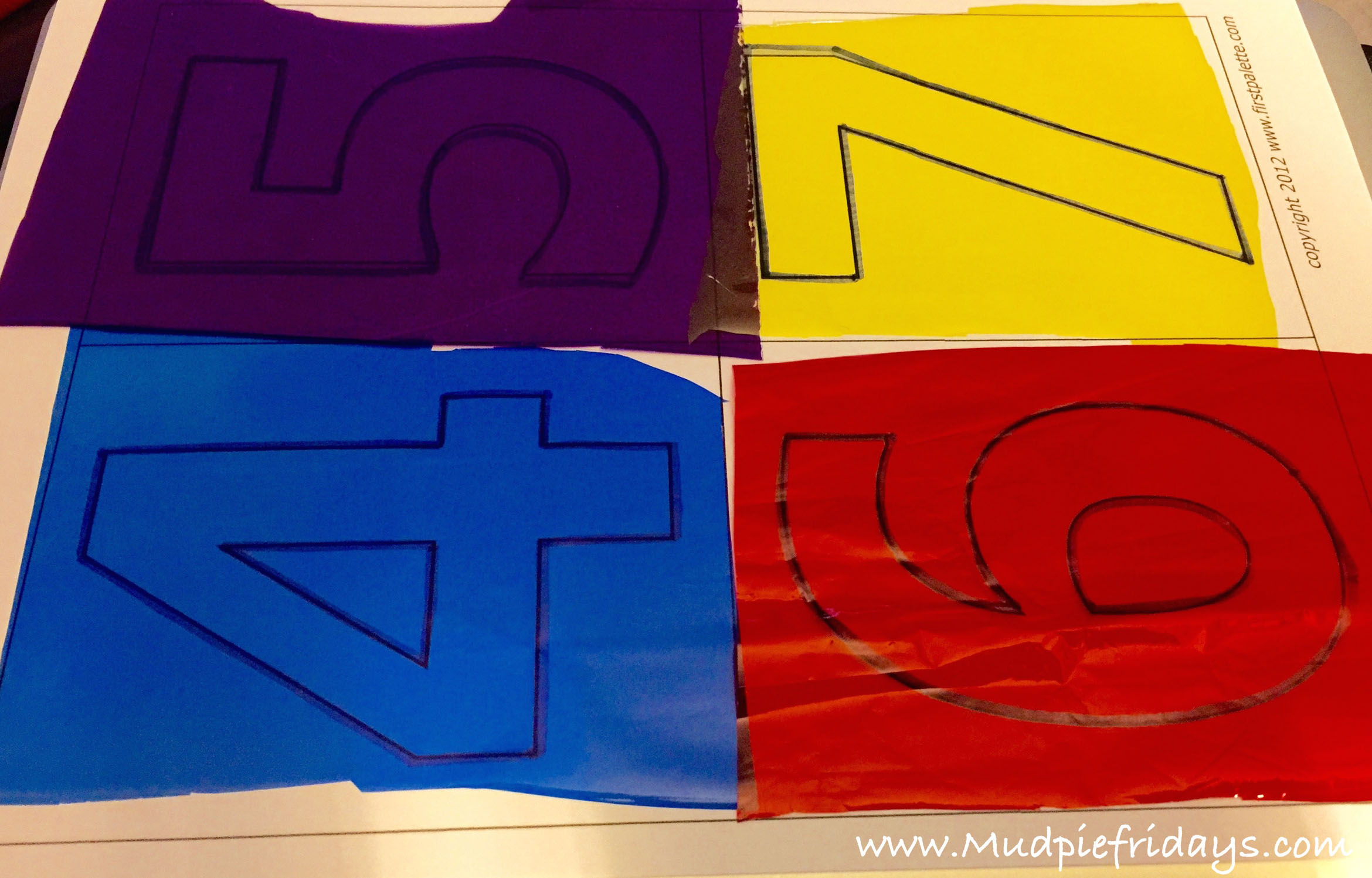 The only tricky part is cutting the cellophane, at first I thought I would cut around the numbers but realised that was a bit fiddly. It was far simpler to use a sharpie to trace the number and then cut! Also because the cellophane was static it meant it stuck to the paper easily. 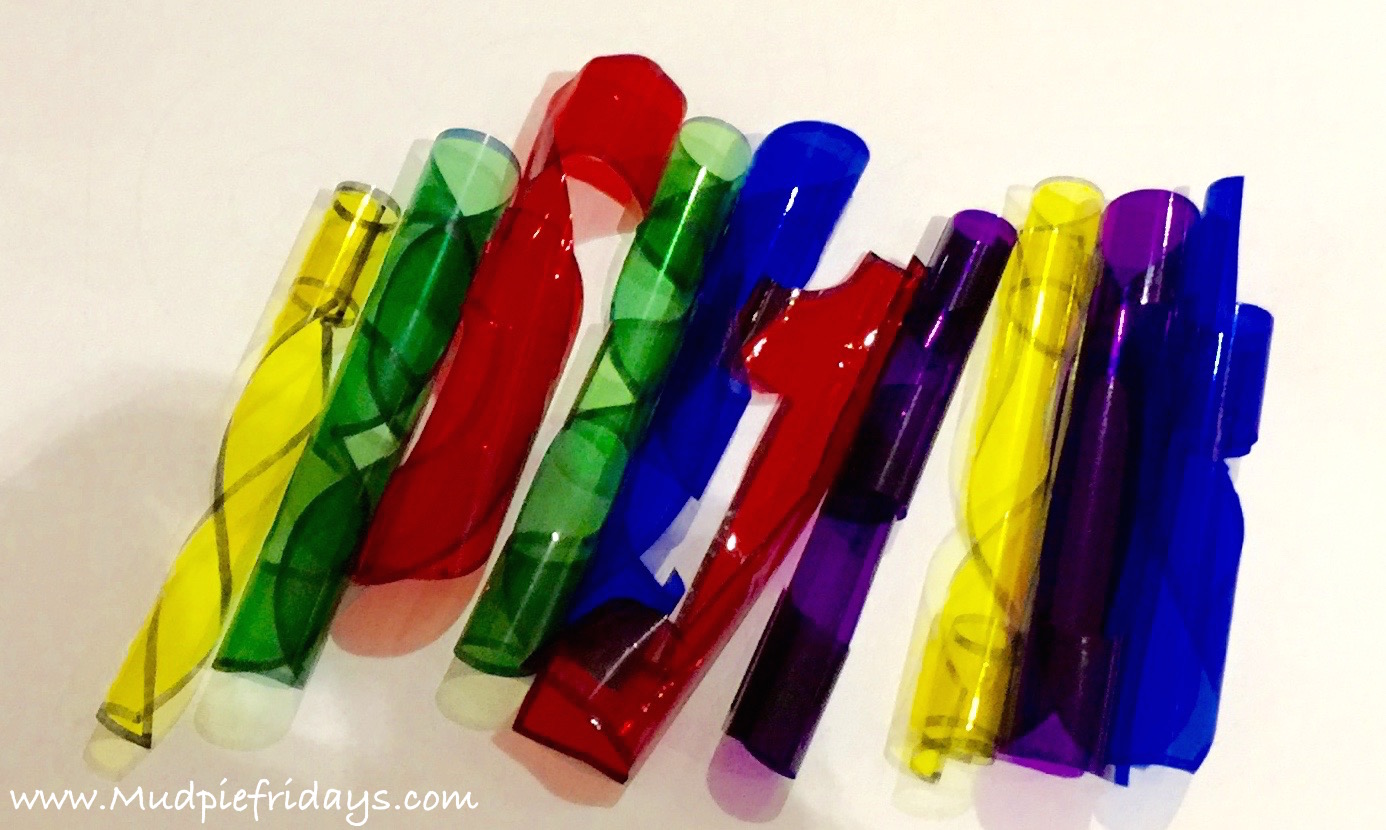 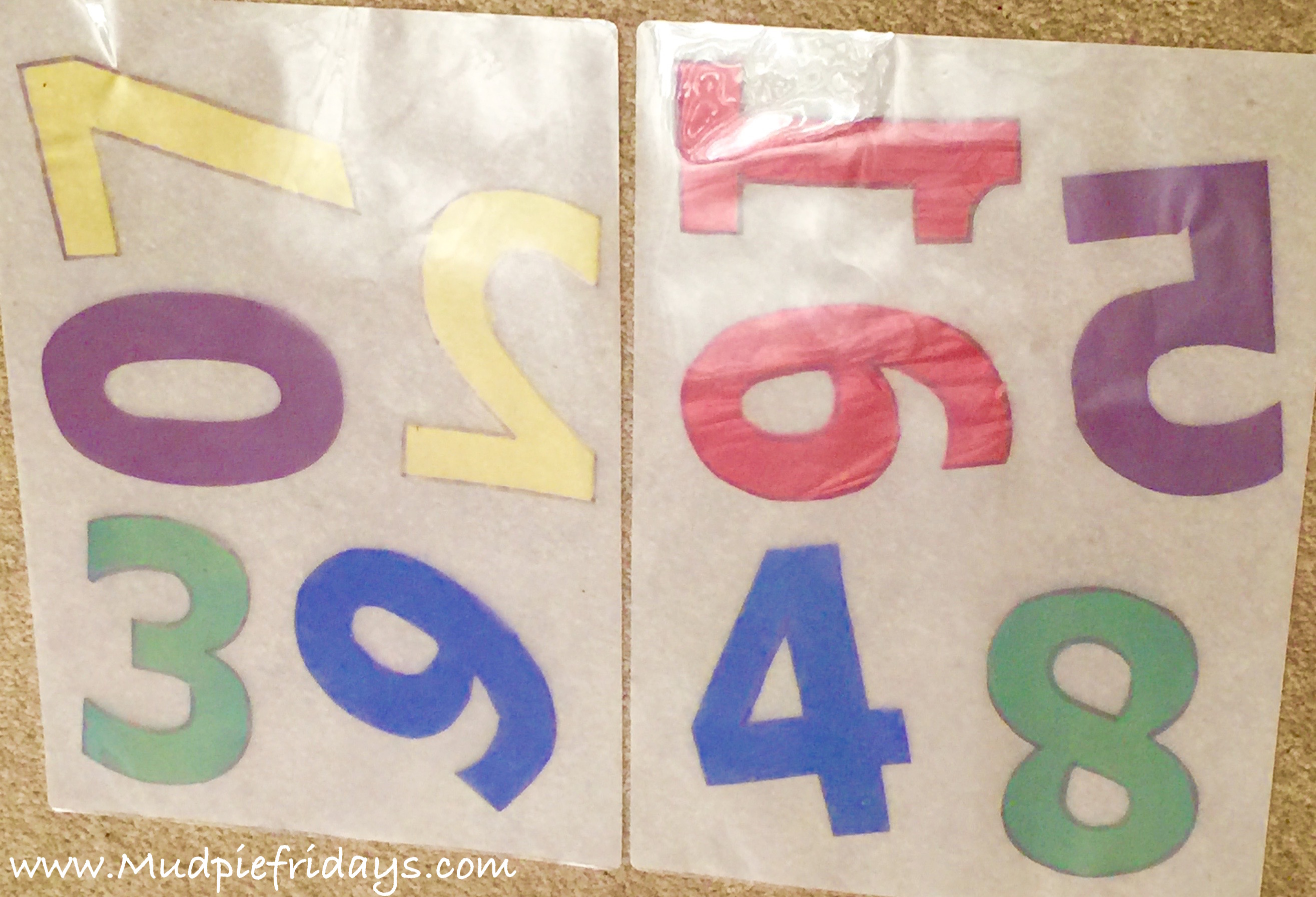 We decided to use ours with Monkey’s favourite light table accessory – water beads! He loves them, I don’t blame him really as they are very tactile and feel great between little fingers. These ones are on their fourth use and I was impressed by how well they have held up. 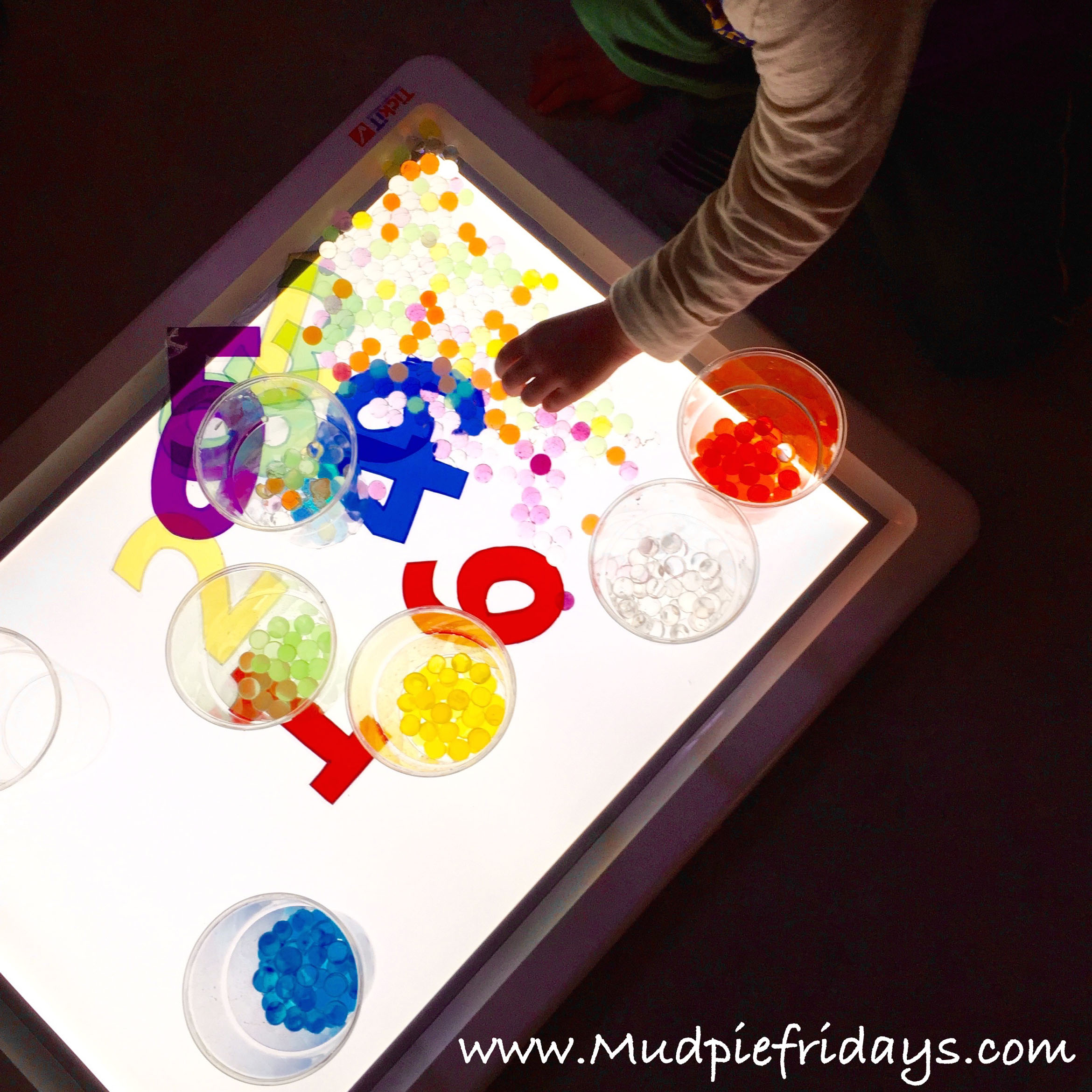 If you have not come across them before they are traditionally meant for cut flowers to add colour and interest to vases. They start life as tiny little solid balls that absorb water and swell to around marble size. I should also say now that I only introduced Monkey to water beads once he had stopped mouthing everything and he could understand they do not go in his mouth. These are definitely a choking hazard and they are synthetic so would not be good for your little one if they swallowed them! Please be aware of this. Even now I will not leave him unattended with water beads.

The water beads need to go into soak in tap water around 12 hours before you need them. I say around as I have done it the night before and used them in the morning which is only about 8 hours. It just means the less time you leave them in the less time they have to soak up the water and grow. In some ways the smaller they are the harder they are so less likely to get crushed by small hands – they are stronger when less saturated. However they are an ideal sensory play material as they are very tactile – even as an adult there is something about them.  It is possible to reuse them by letting them dry out completely before storing and then re-soaking them. I buy ours from amazon and they come in a wide variety of colours.

Monkey used the water beads to count the numbers out, placing them in clear tumblers: 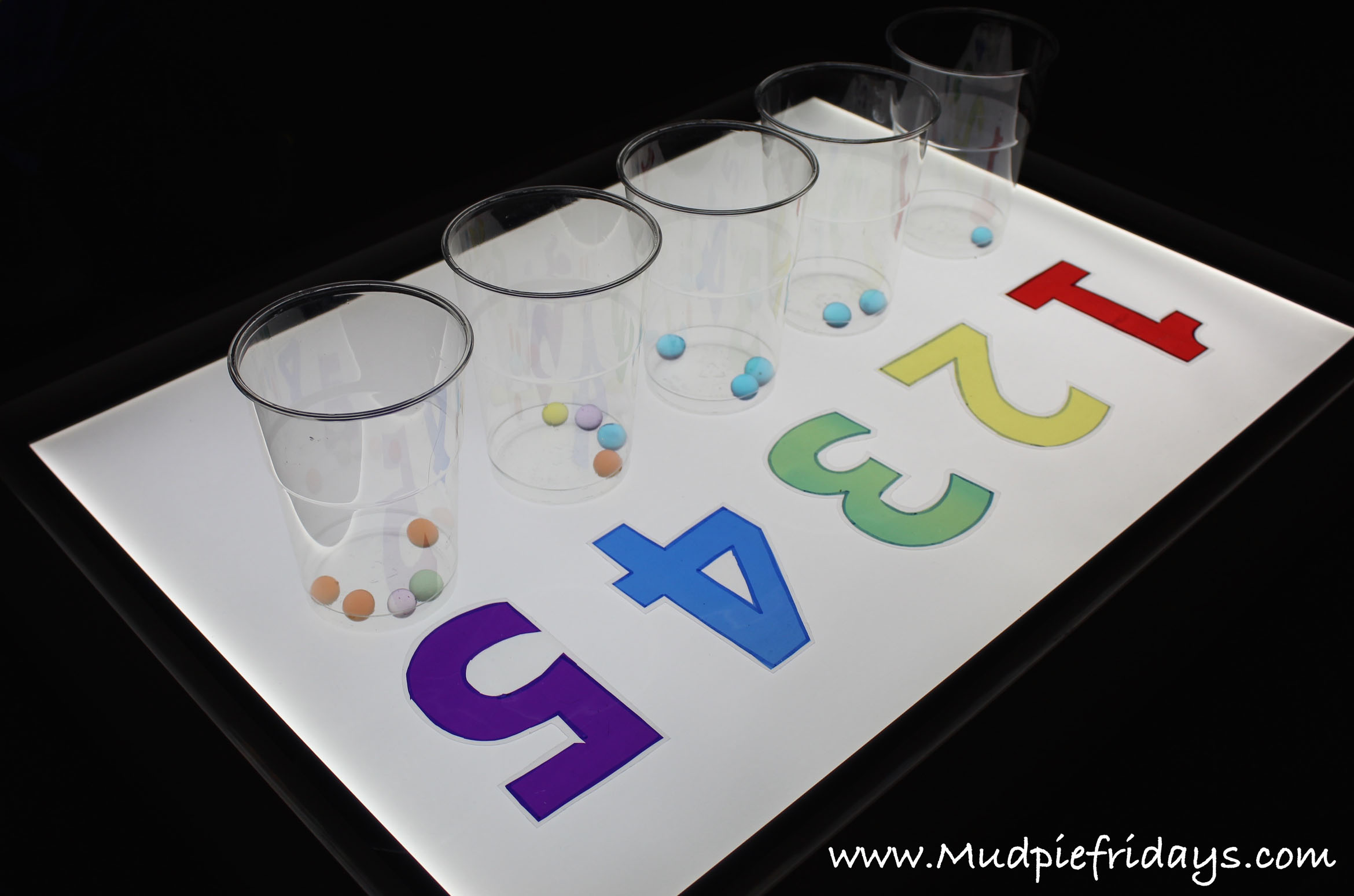 He did really well with this and asked to move onto other numbers. He always gravitates towards the blue water beads so we decided to make a number with the blue numbers only. He needed a lot of help but we counted out 49 blue water beads. 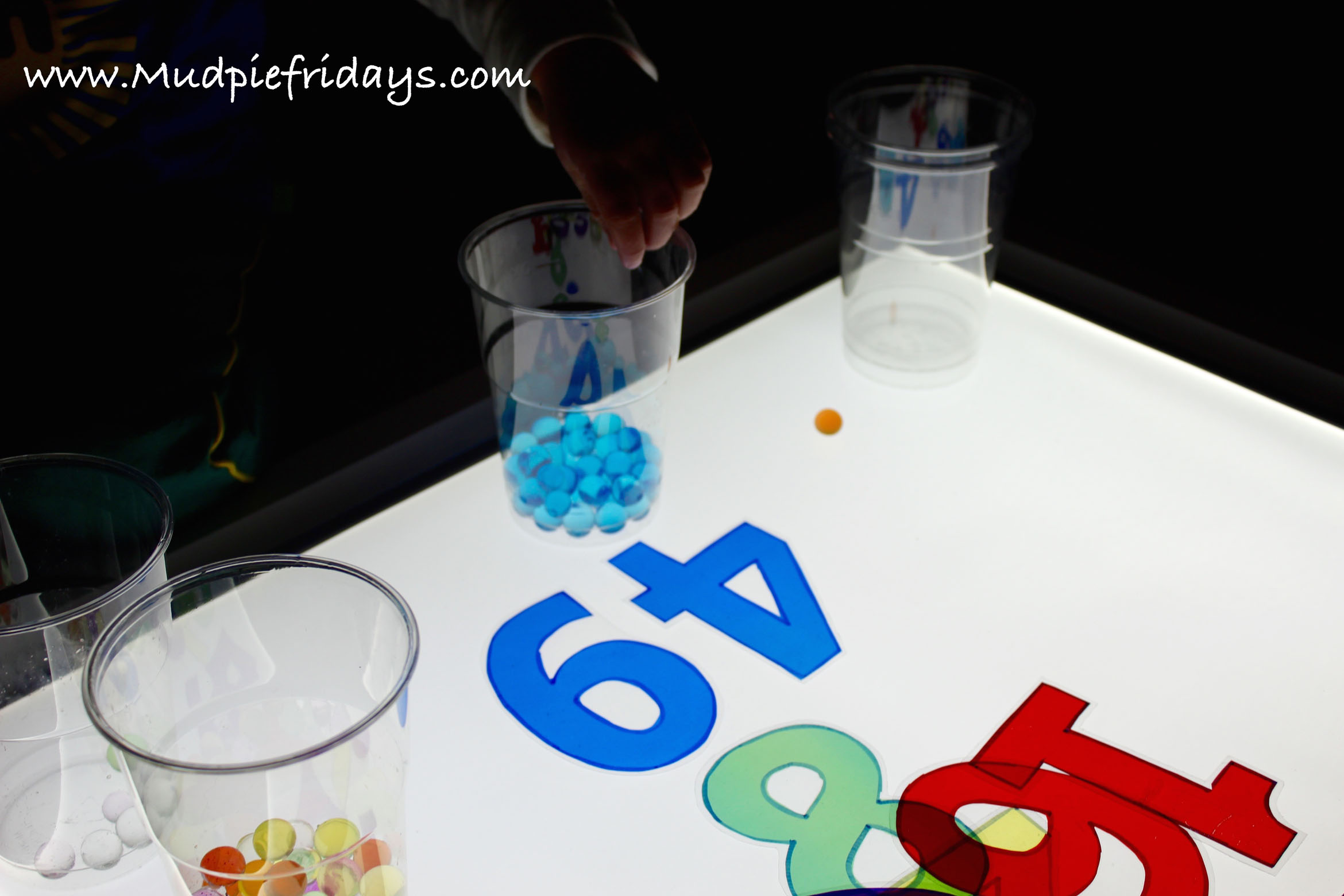 Once he started to loose interest in the numbers, he wanted to sort the beads into different colours in the cups. We have left this out to play with tomorrow, the water beads will keep him coming back and hopefully with the numbers included in the play it will help with his recognition.

Have you any great ideas for light table resources?