Before having Monkey I would make a Christmas cake most years, but for some reason it’s something I’ve never found the time to do since! As we are having Christmas at home this year I thought it time that we restarted the tradition. Especially when I mentioned it to Monkey and he started to get excited about marzipan and icing! For years I have used a Delia Smith recipe which you can find here. Because making Christmas Cake it’s not particularly labour intensive it’s a great one to make with children. Plus because it’s got so much weighing and measuring involved it’s also good for helping teach numbers. First we weighted out all of the dry fruit and placed it in a bowl with the brandy. Monkey did the majority of the weighing and was very careful not to put too much in. We also discovered that he likes glacé cherries! Of course I did the chopping of these as it involved a sharp knife. I also prefer more cherries and mixed peel in our cake so altered the weights a little. As long as the combined weight of the dry fruit is the same as the recipe it will work out just fine. We left the fruit to soak overnight. 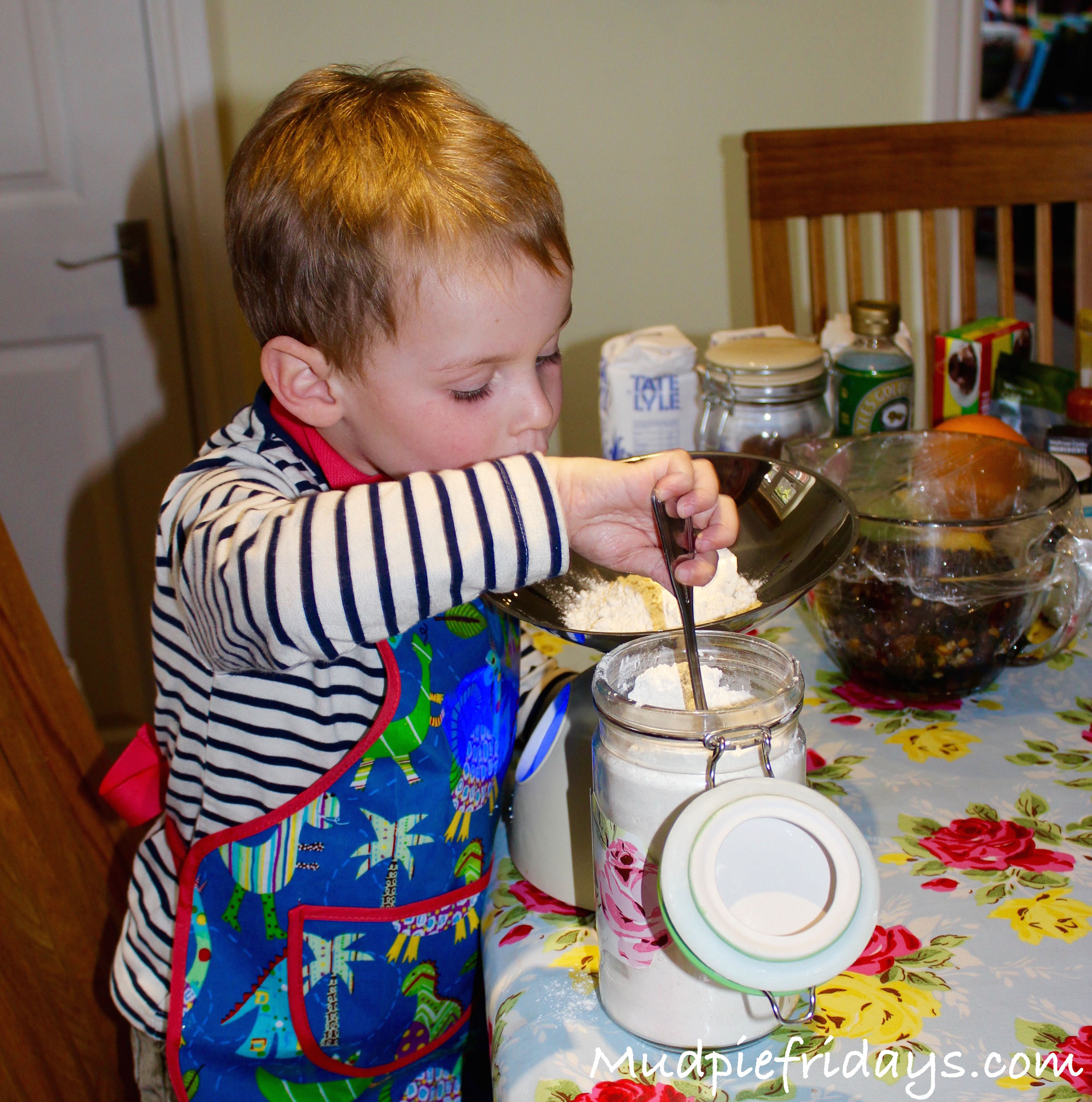 The following afternoon we set about making the cake. It needs minimum 4 hours in the oven so best to do this when you don’t need to rush out any where! As it was the weekend Hubby also joined in. After more weighing we sieved the flour, salt and spices into the mixing bowl. Monkey needed a hand with the sieve, as he’s not quite got the coordination yet. He liked mixing it all in so the flour started to change colour with the spice. 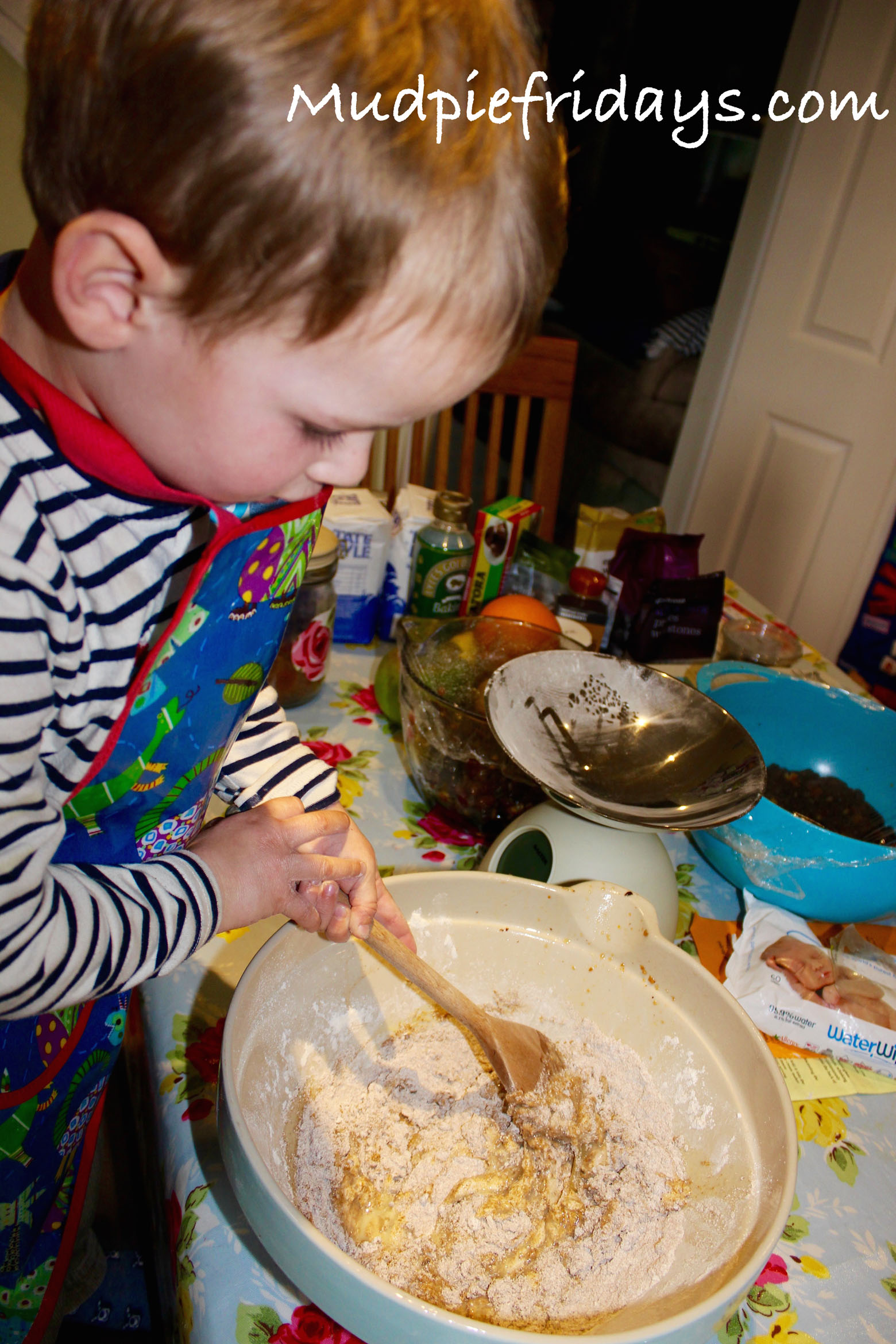 Then we added the sugar, treacle (melted a little so its easier to combine), eggs and butter. I needed to use an electric whisk so Monkey watched this bit. Although he doesn’t like the noise so it didn’t go down very well. While we were doing this Hubby added the zest and nuts to the fruit mixture which had been soaking. Monkey was then able to get involved again, as we gradually added the fruit to the mixture a little at a time. Towards the end it got a bit difficult to stir so he asked that I take over. 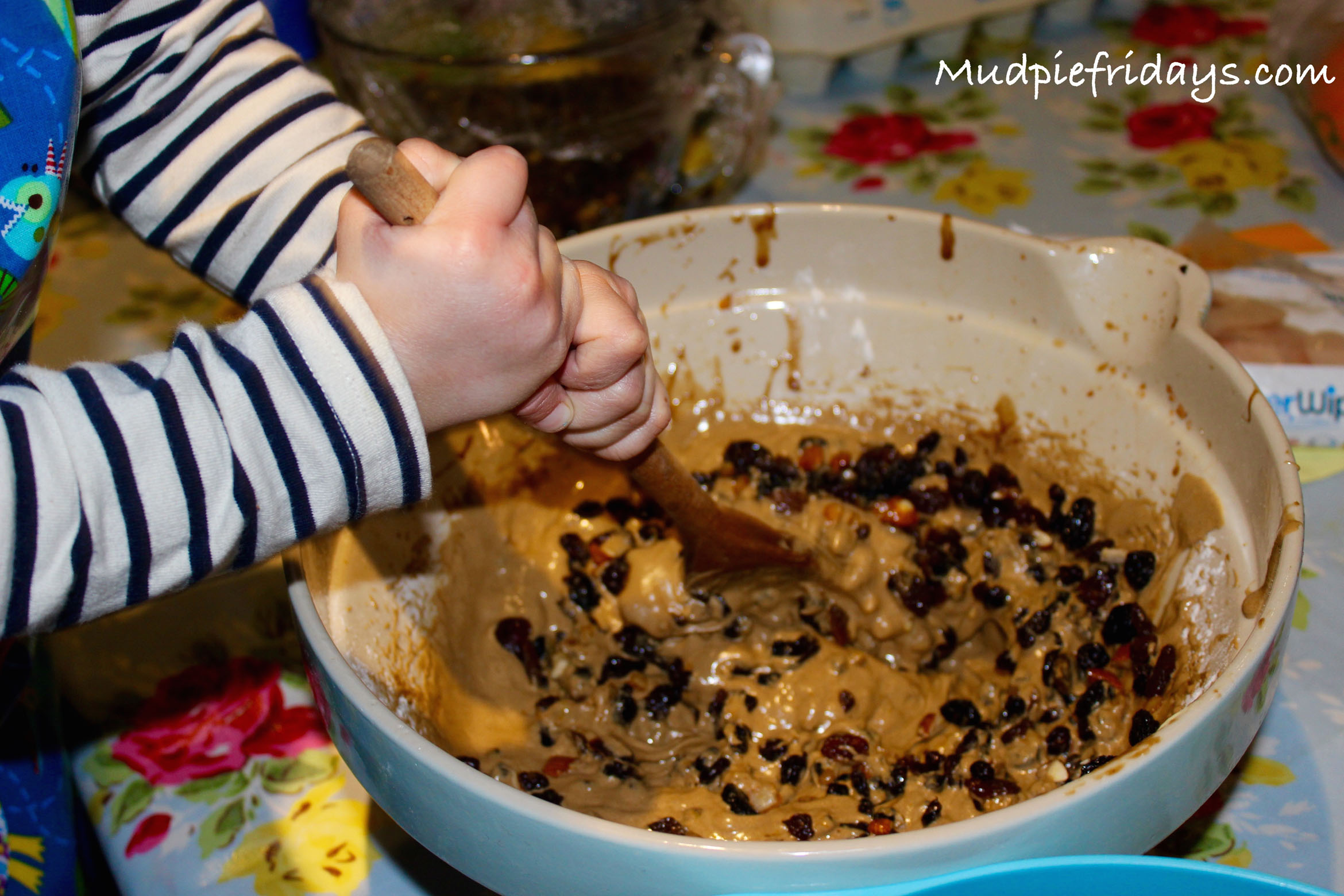 Hubby transferred it to the lined cake tin. Heres Monkey looking very proud before it went in the oven! He loved the whole experience and is looking forward to making the Christmas Puddings. 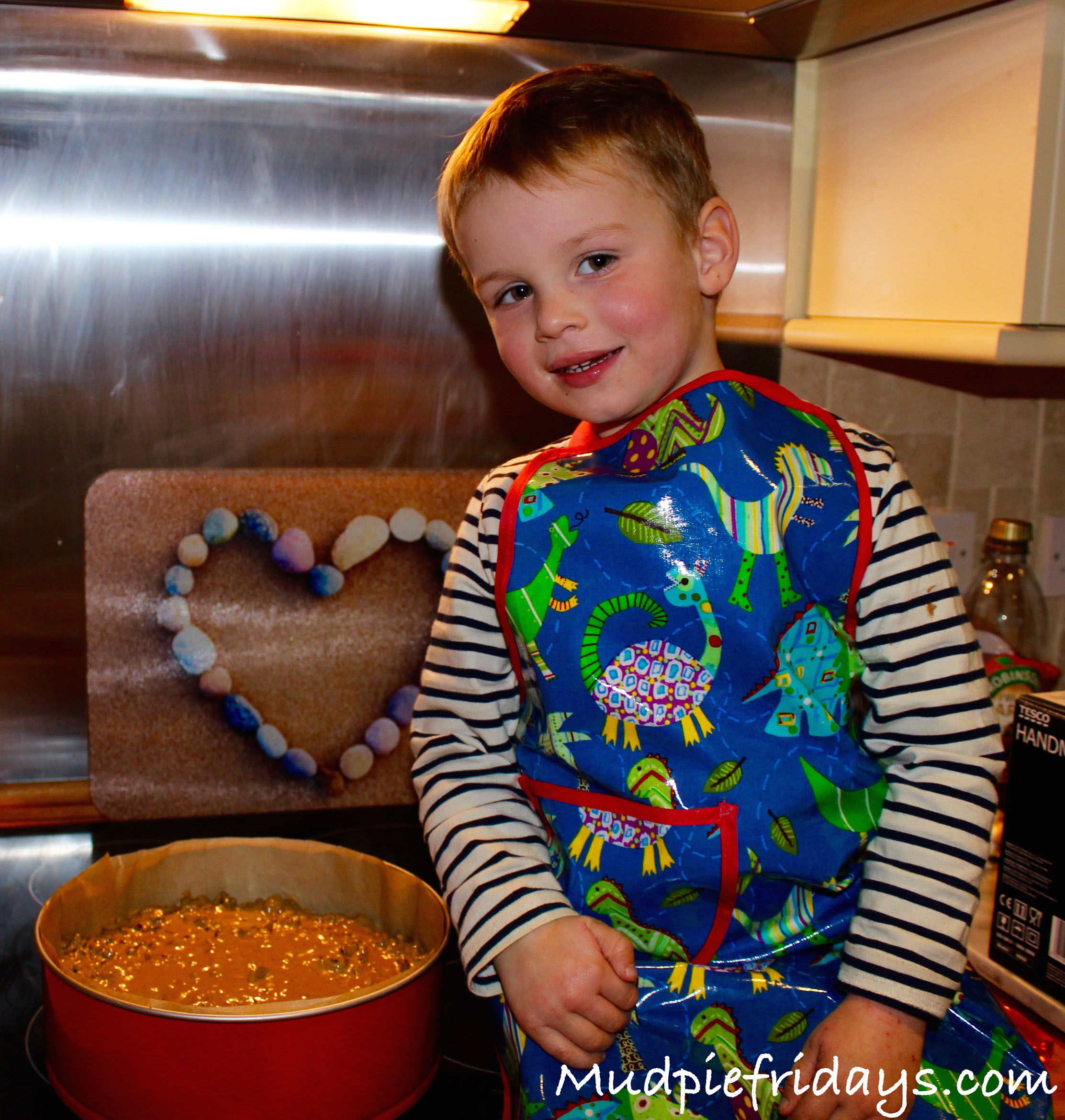 Please check back for updates for when we add the marzipan and icing.