We were lucky enough to visit Bluestones in October after winning a completion run by Renee from Family Ties.We had a fabulous time visiting Folly Farm and various beaches. However we also took part in some of the activities that Bluestones had on offer which I am going to focus on for the sake of this post. 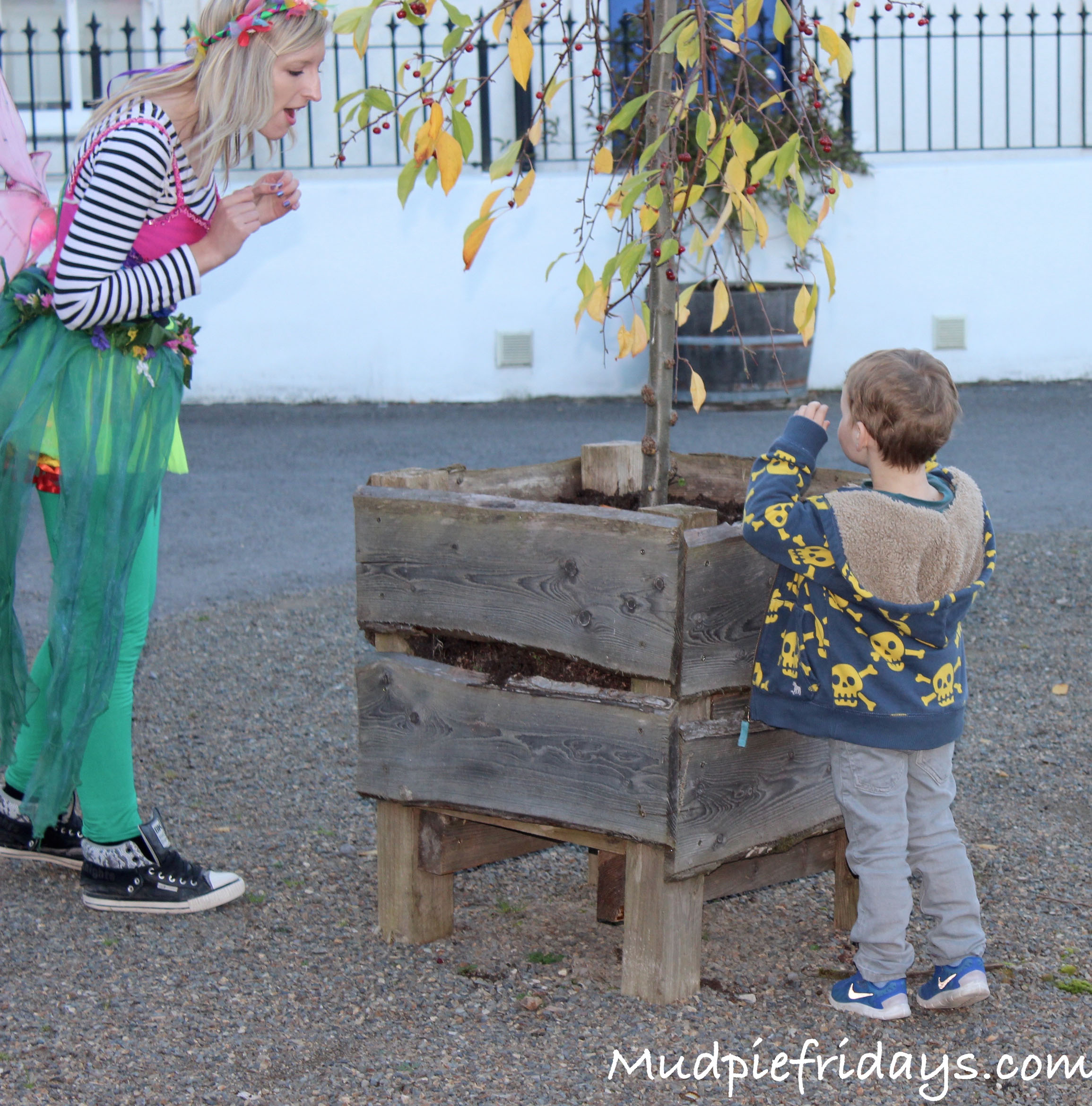 While we were waiting in the short queue to get into the carpark area we were approached by one of the entertainment team. She invited us to join her at 5.30pm for the welcome meeting and a session with Buzby Bee.

Once we had unpacked and returned the car to the carpark (as its a car free village) we took the short walk down to the centre and to the Village Tent to meet Buzby. However when we arrived we were informed he was missing!! 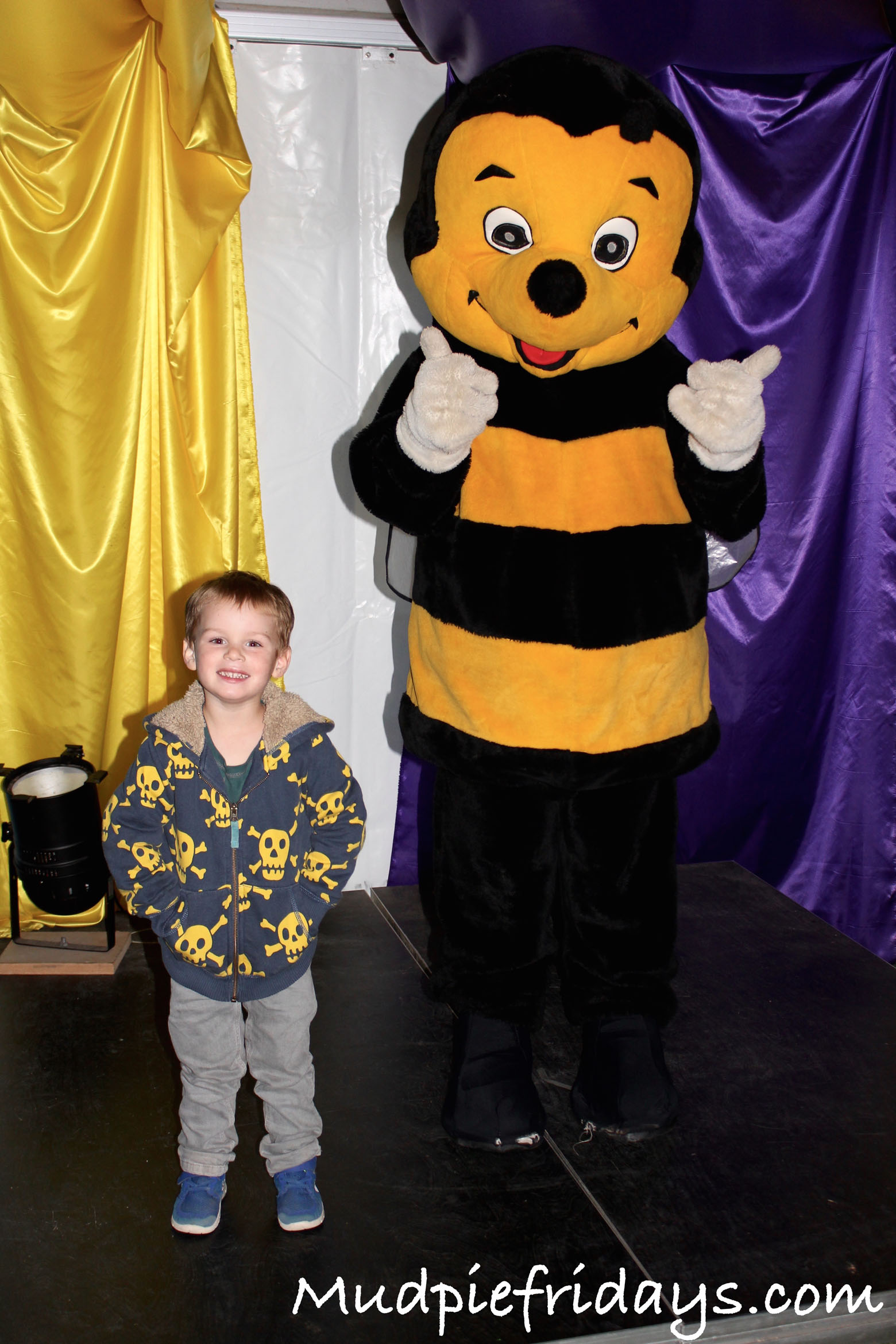 The children enjoyed searching for Buzby and it wasn’t long until they found him. After which a party began in the tent with dancing, games and hilarity. Monkey had great fun and was disappointed when it finished about an hour later. The tent has one side which is open and there is plenty of seating outside for parents so I can imagine it’s lovely in the height of the Summer. There is also an outside play area nearby for older children and for adults a pub very close by.

At the end all the kids were invited to meet Buzby and have their photo taken. They hold a different session each evening so over the course of the week the children can meet all four of the Bluestone’s characters. It’s free and I would recommend checking a couple out if you get the time. It resonated with Monkey who pointed out the tent every time we walked past afterwards asking to visit again.

There are a large number of different activities avaliable for pre booking, they cover a wide age range including babies. You could easily stay on site for the whole of your holiday and never struggle for something to do. However we had already arranged some days out so opted to take part in just a couple of activities, one of which was the Beast Hunt – Secret Village. In the guide it is described as;

A session of pure wonder, voyage to the realm of the Hobbit & Fairy and see their secret village. In this mysterious adventure learn about these rare beings and then collect different magical dust to take away and grow your very own Fairy or Hobbit village. An incredible session keeping the equitable imagination and magic alive. 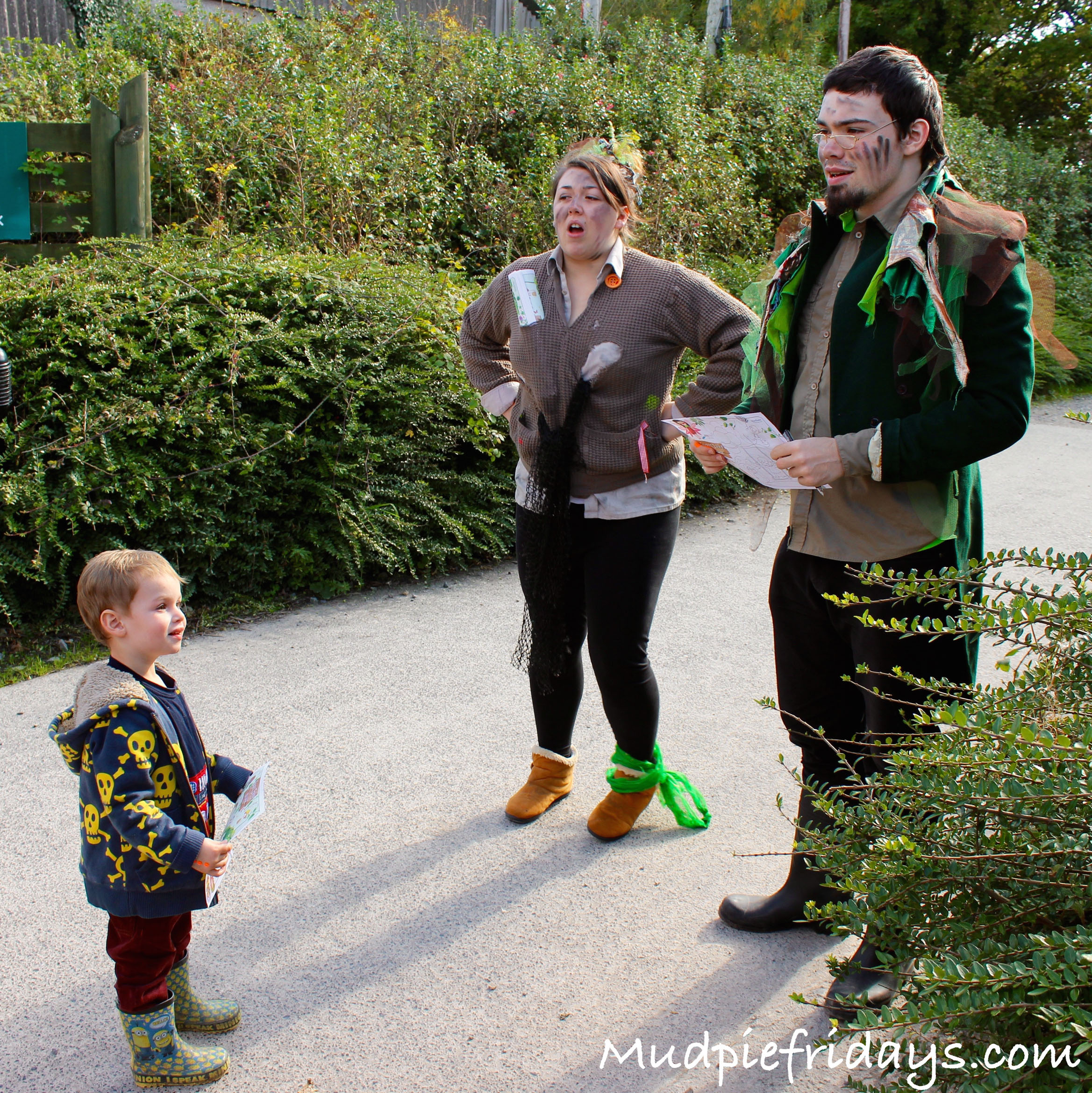 We assembled in the Adventure Centre and met the two hobbits who were to be our guides. Monkey was taken with them straight away and happily had face paint applied to his hand, before we went outside and shrunk down to fairy size with the help of some magic glitter.

From here we went on a discovery mission looking for Fairy Cupcake. There was a lot of story telling on route including finding some leaves to feed the trolls which Monkey thought was fabulous.. Once we had found our way into a little wooded area we found Fairy Cupcake sleeping and of course the children had to wake her up.. 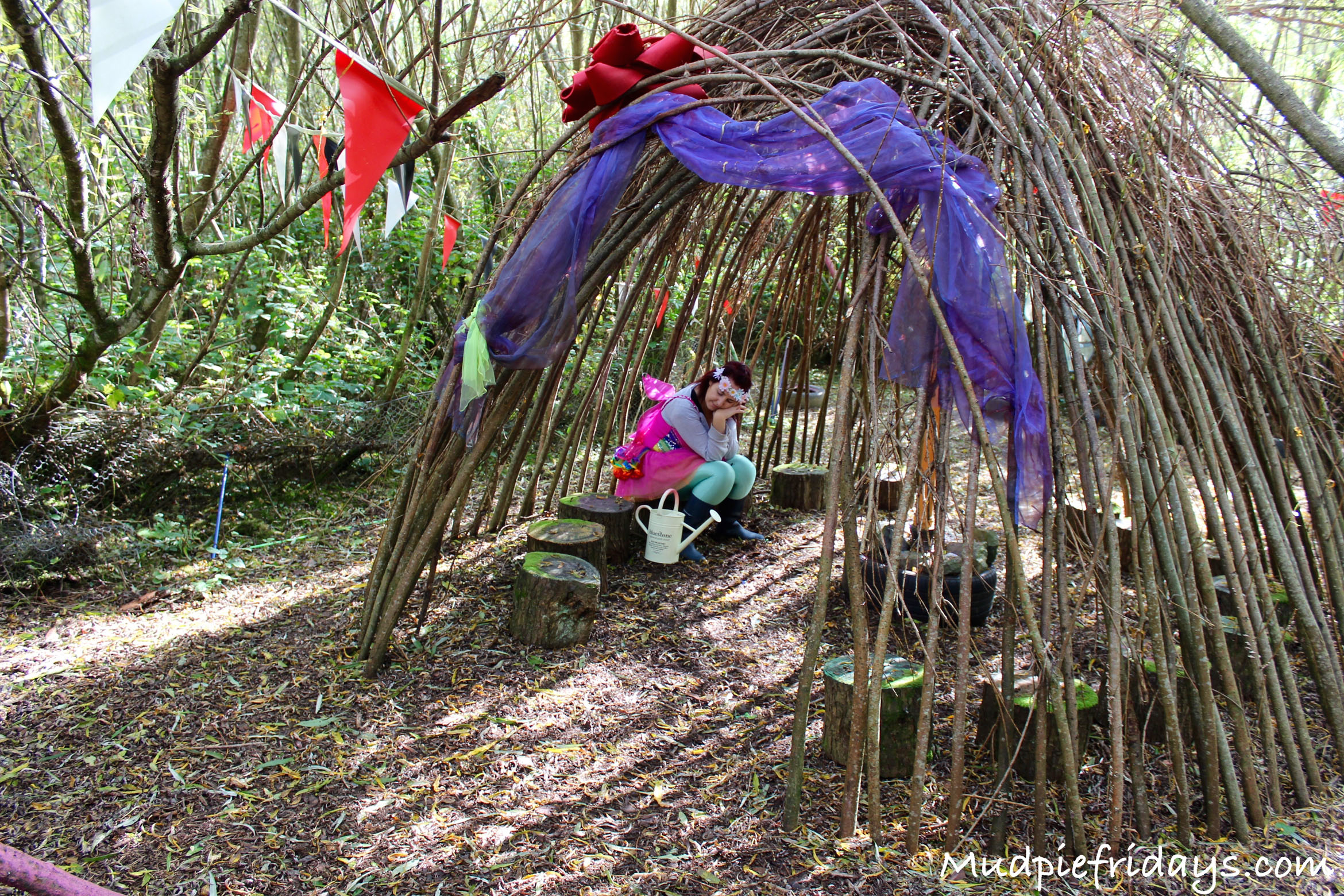 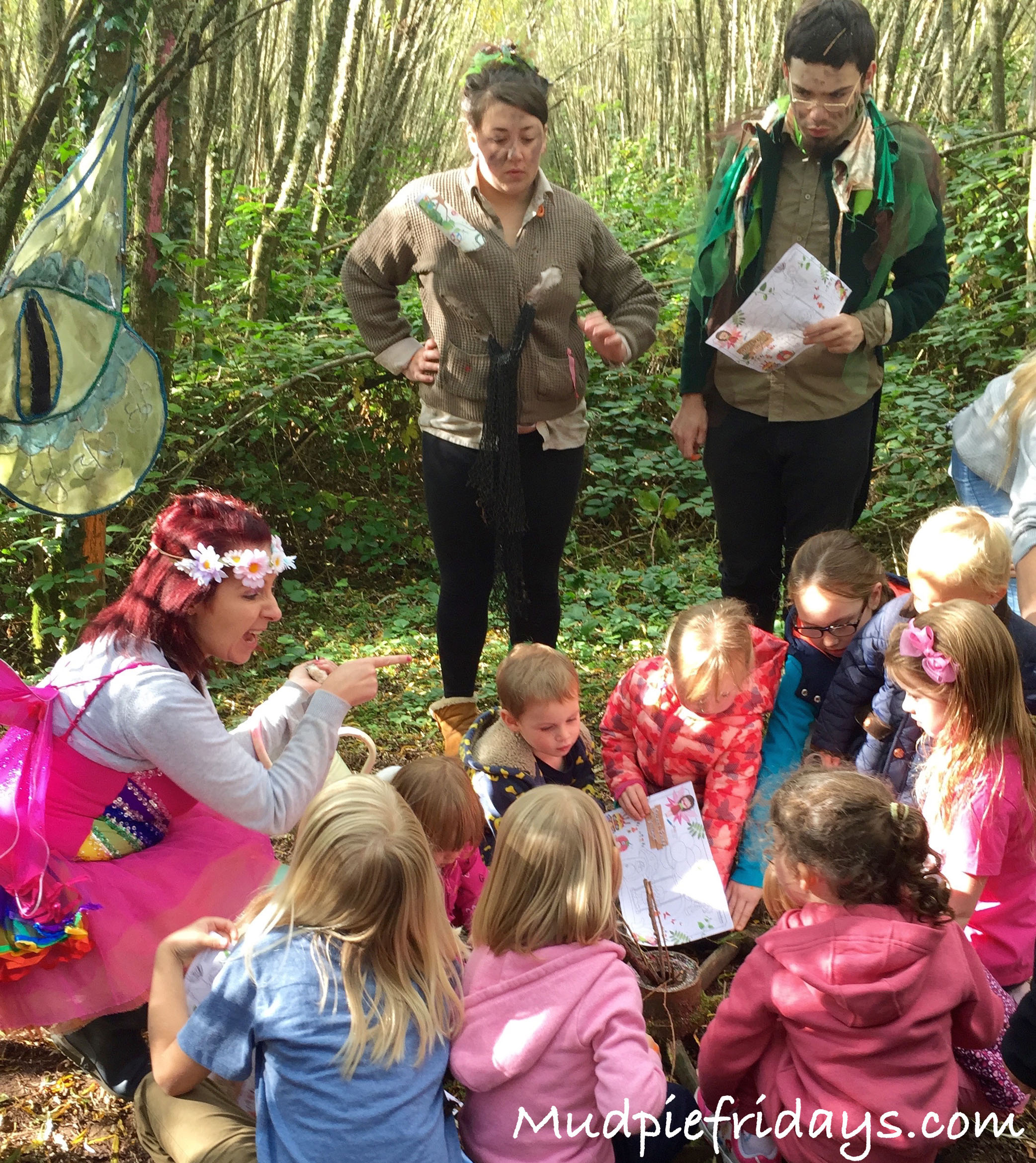 Once she had met all the children and they had sat in the willow house she took the children to the fairy village. In order to get into the village they needed to perform a spell which opened the door. Watching all their little faces you could see all the children were completely mesmerised and really believed in what they were doing. It was lovely to see.

It wasn’t long until we found the village and the children were given their own fairy dust to take home. 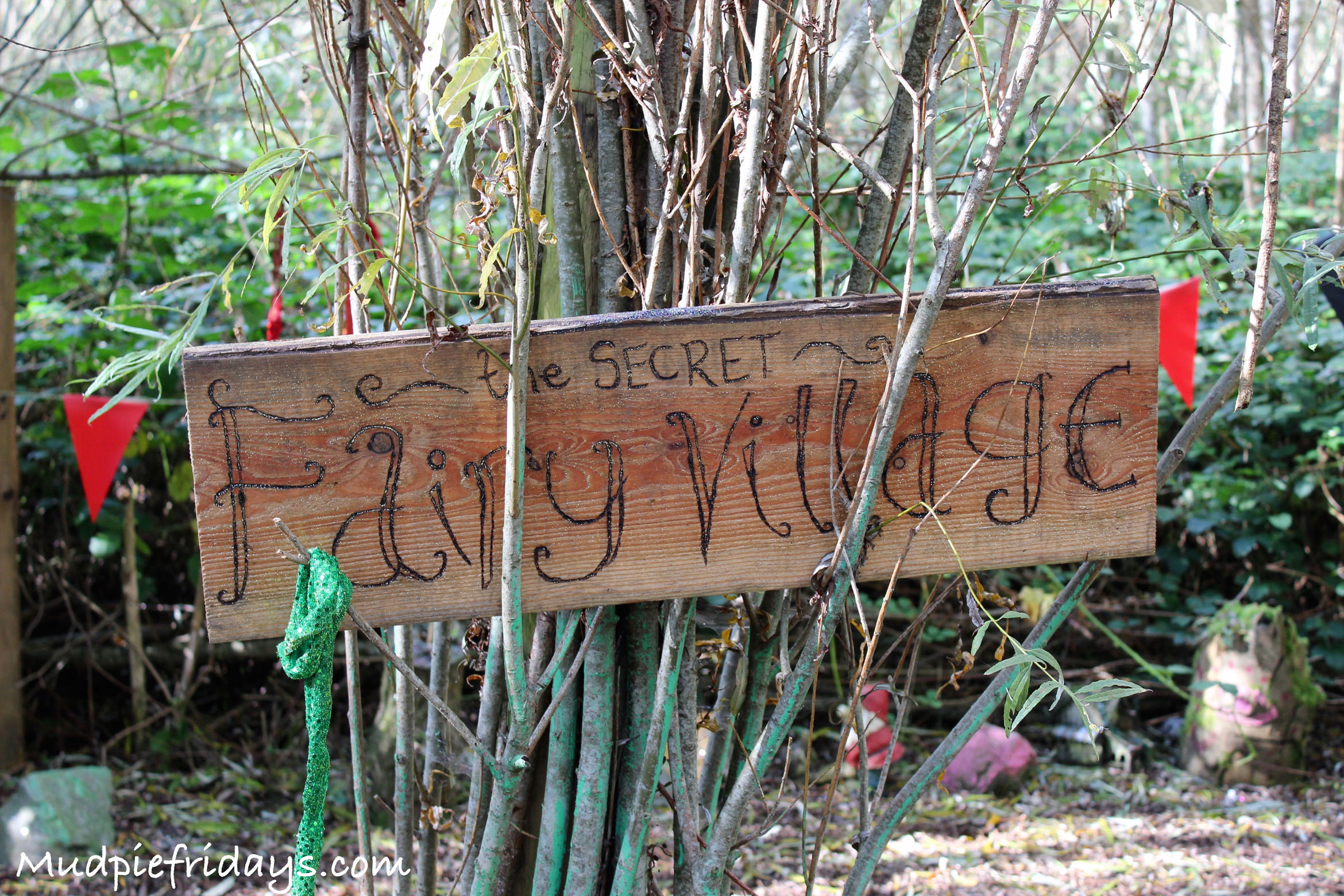 Throughout the whole adventure the story telling was kept alive even on the way back to the Adventure Centre. It was a throughly enjoyable hour and well worth the £7 it cost per child, adults are free. 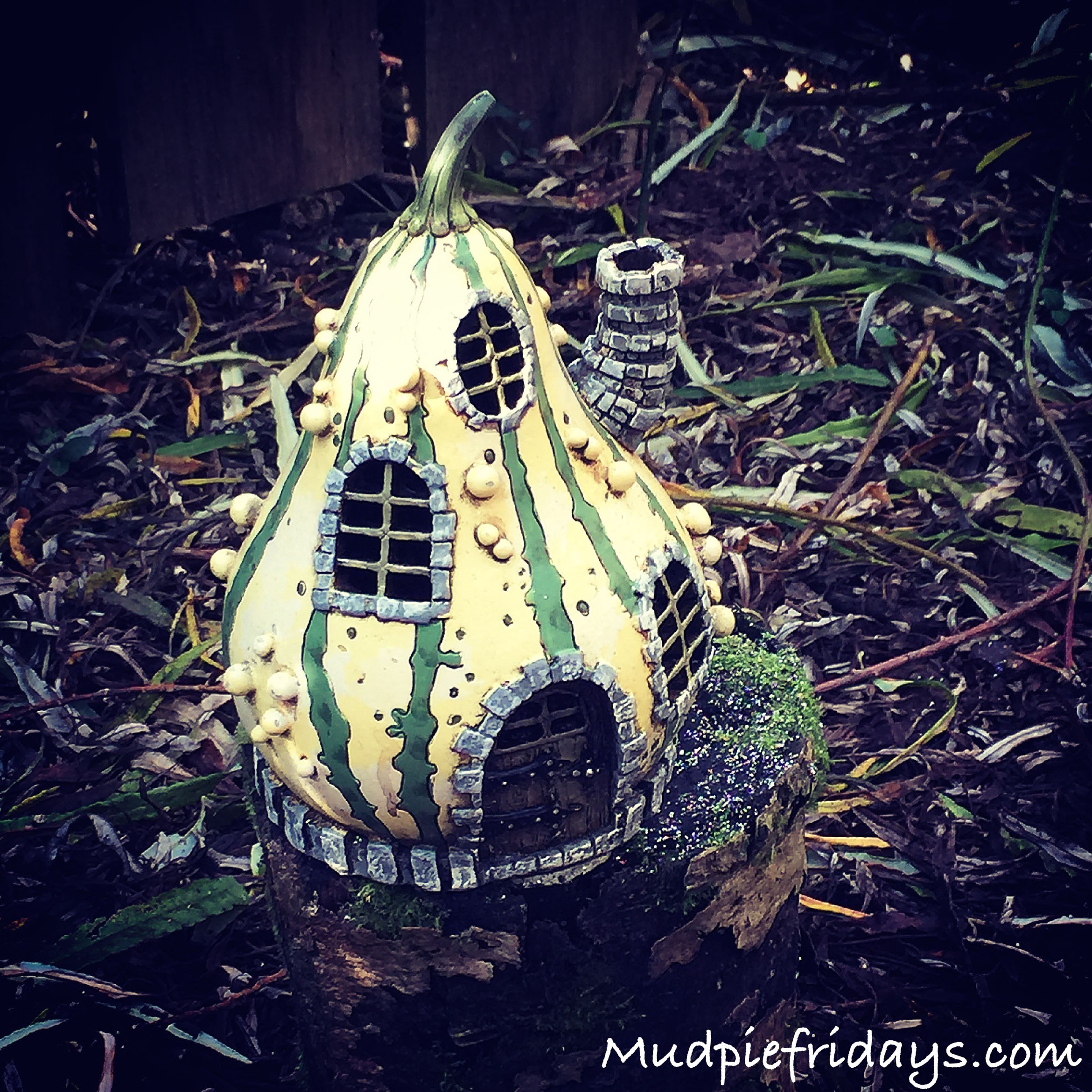 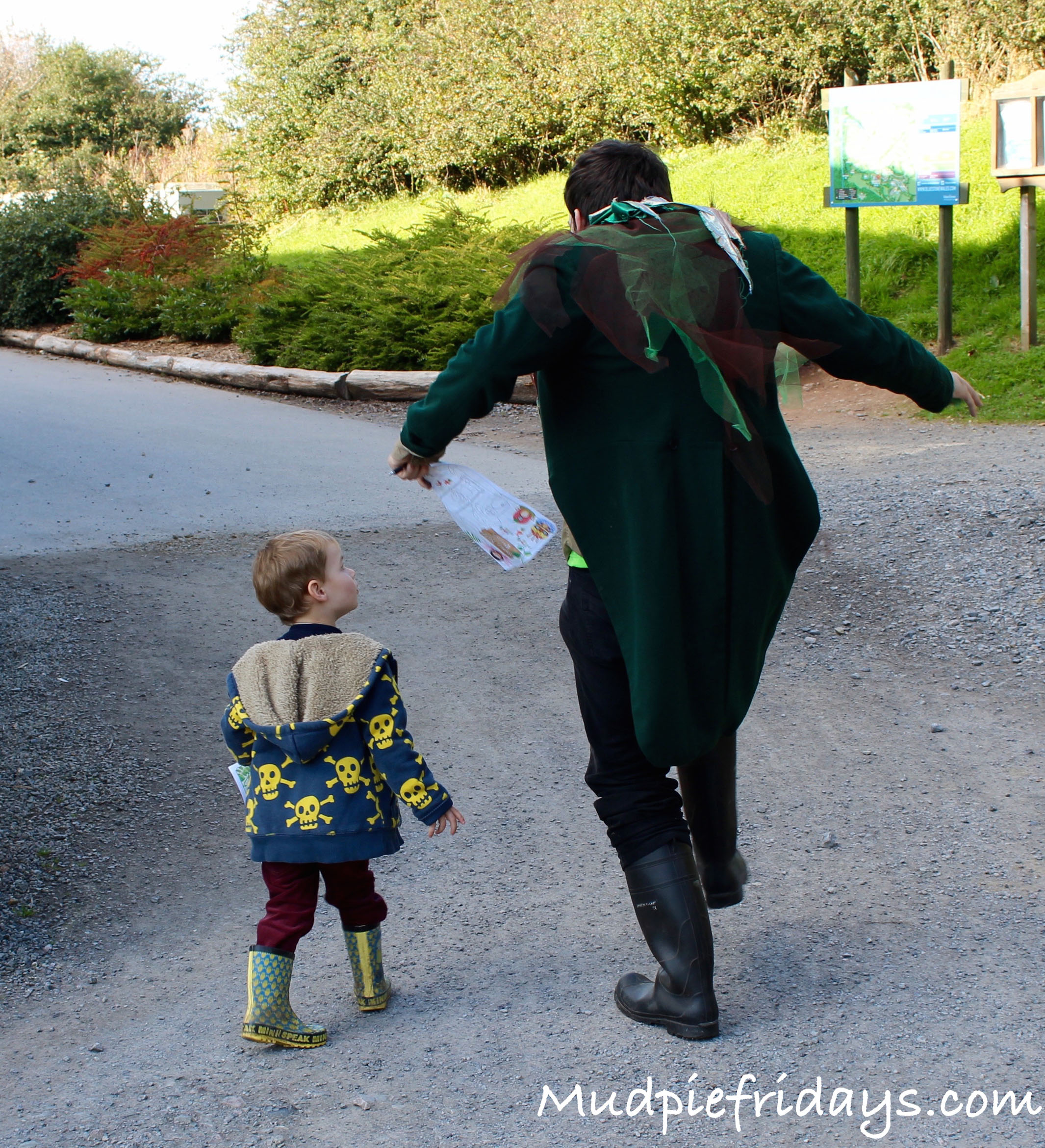 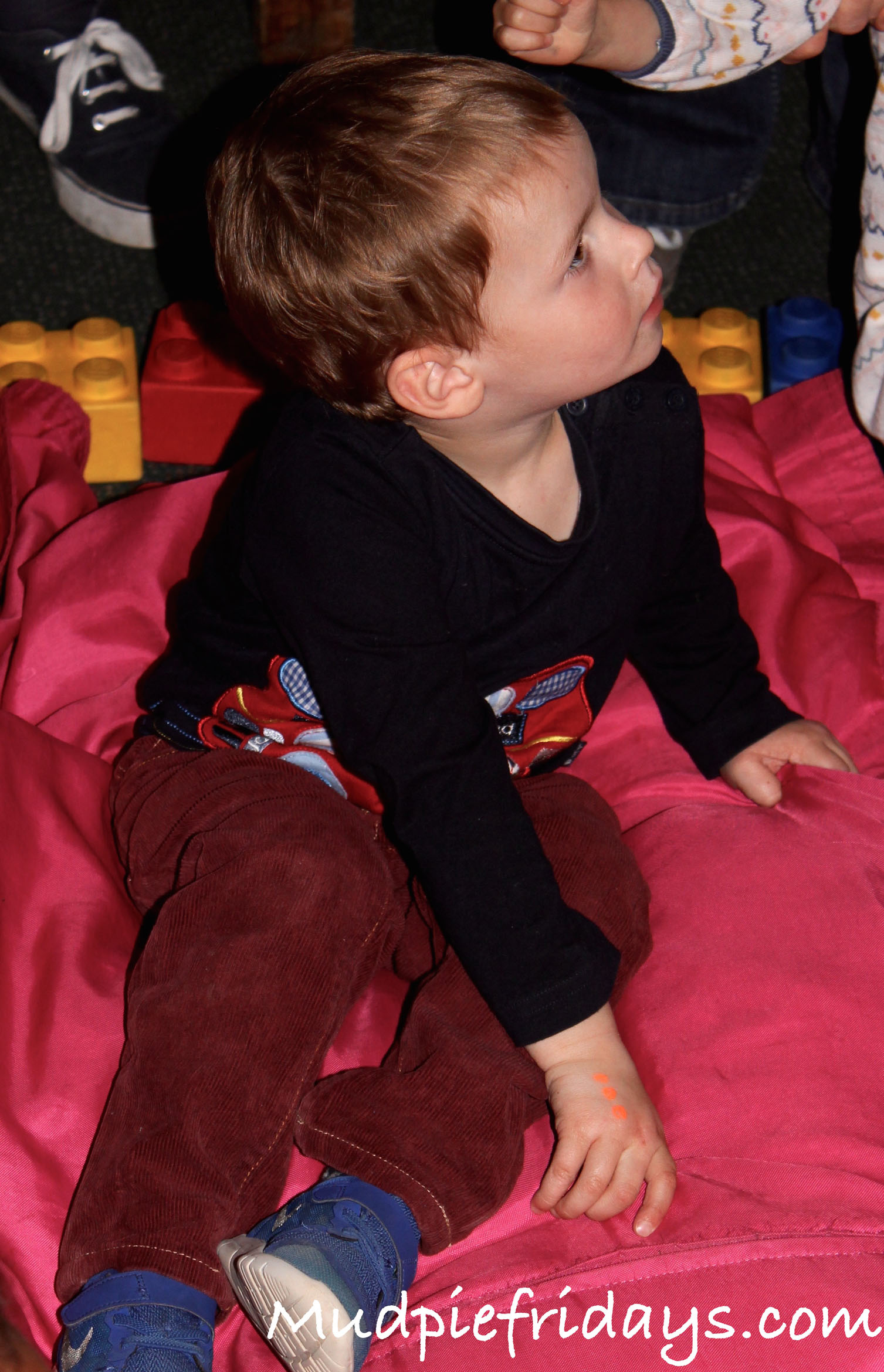 One evening we booked the Wildwood Cafe  for one of their Woody Wild Dinner Shows. Booking is essential for this as they have limited seating.  The cafe features a giant tree house with a 20ft free in the middle of the restaurant. Its really quite magical and Monkey was very excited. First of all the children are invited to join Cupcake for a story on the cushions at the front. This meant that where ever you were sitting you didn’t need a direct view of the stage.

After the story abou 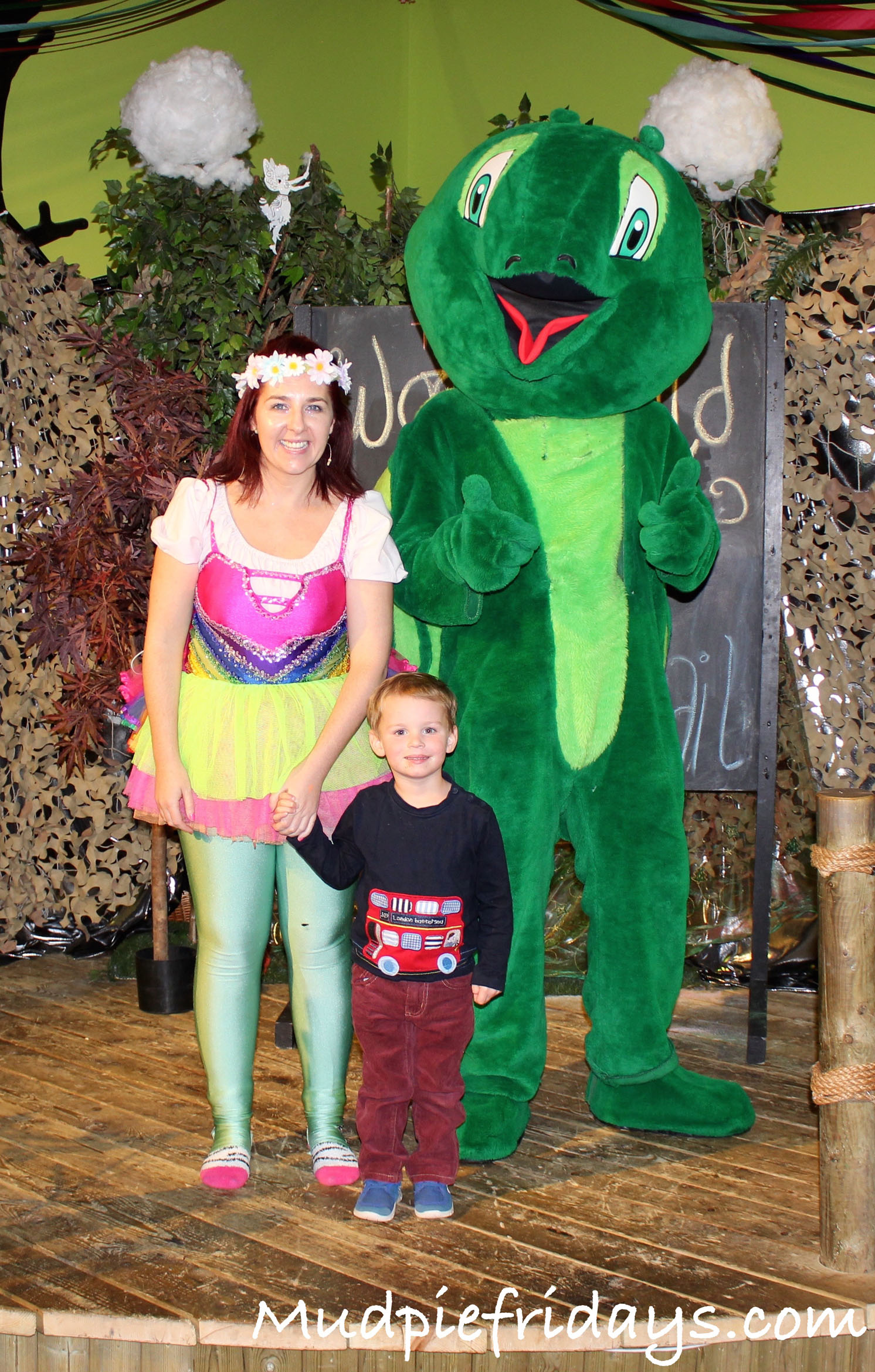 t Shelby The Snail he came out to play, much to the children’s delight which resulted in a lot of singing and dancing. There were also games to play before we sat down for dinner. Dinner consisted of a platter of sausages, chips, chicken goujons, coleslaw and corn. It wasn’t really the sort of food which I would normally order but Monkey liked it. After dinner all the children had a chance to have their photo taken with Shelby.

Monkey was quite sad when he went back into his little house. However the free ballon (table number) helped to cheer him up. The show starts at 4.30pm and I think we were out about 6pm. Which is good timing when you’ve had a busy day playing and taking part in all the activities on offer!

One of the advantages of Bluestones is there is so much going on inside that if the weathers bad it will not hinder you. I must just mention the indoor Adventure Centre. We did not have much time to explore this fully but there is a giant indoor play area which Monkey enjoyed playing on. Hubby helped it and said it was nice to be able to stand upright on a play structure for a change. 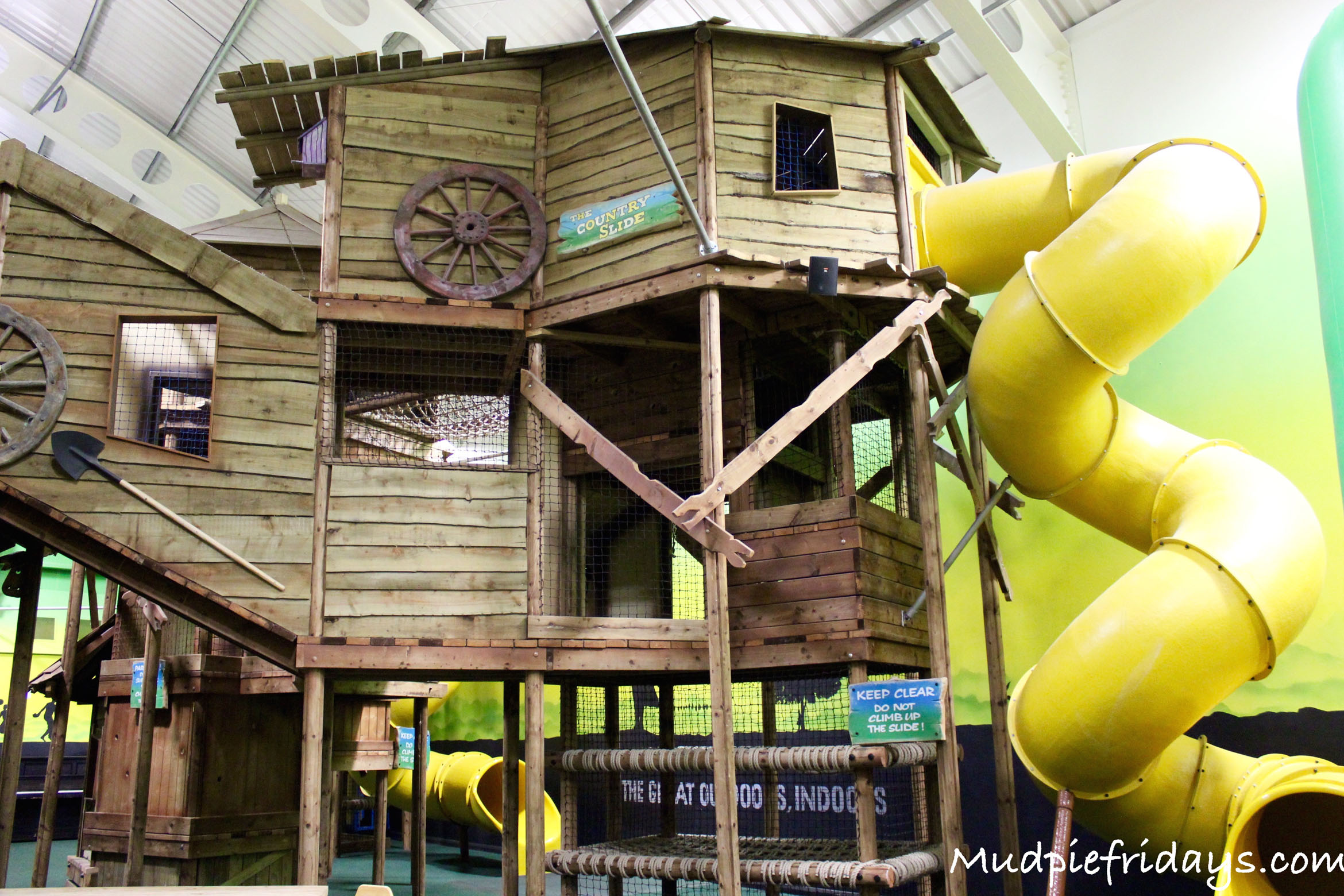 They also have a free mini golf which Monkey enjoyed trying to play: 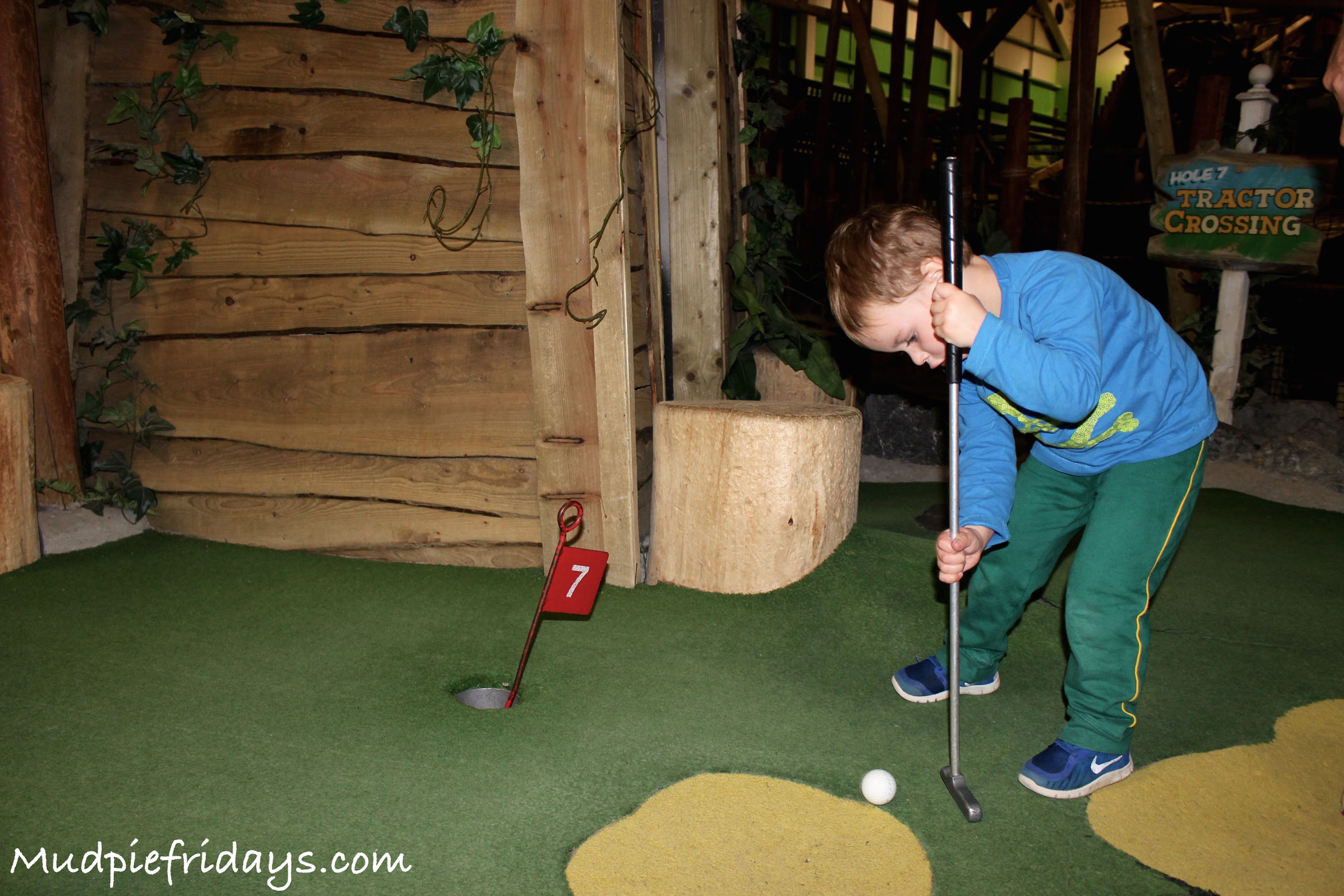 There is also a lot more within the Adventure Centre which we didn’t get to explore.

We managed to visit the Blue Lagoon a couple of times too. I don’t have any photos unfortunately but its huge. There are water rapids and a wave machine which Monkey really enjoyed. A baby area which we didn’t visit, an activity area for older children, jacuzzis and some water slides which he was too short for.

It would be nice if they offered a smaller slide for his age group, as we often go on waterslides with him so he was disappointed he count go on these ones. The changing areas are clean and large, with plenty of lockers. We didn’t have any trouble finding a family changing room while we were there although I could imagine it would be a problem when its really busy. The only thing we didn’t like was because Monkey was under the age of 4 he had to wear a swim nappy. I understand the reasoning but he’s been out of nappies for almost a year so negotiating him into one was hard work. To add to my annoyance further it is not policed so there were plenty of younger children in there without. Other than this we really enjoyed our time at the Blue Lagoon and Bluestones. I am sure we will be back. 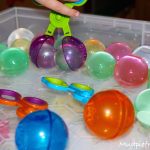 Every Superhero needs a Sidekick!