Its that time of year again when we start looking for Christmas gifts, unless you are super organised like some of my friends and actually started in October. You know who you are!! We are blessed to know so many little people,  but it can always feel like a bit of a mission. So when we were offered the chance to test out Orchard Toys Christmas Surprises game I did hope that it would give me an idea for potential gifts to friends children on the run up to the big day. 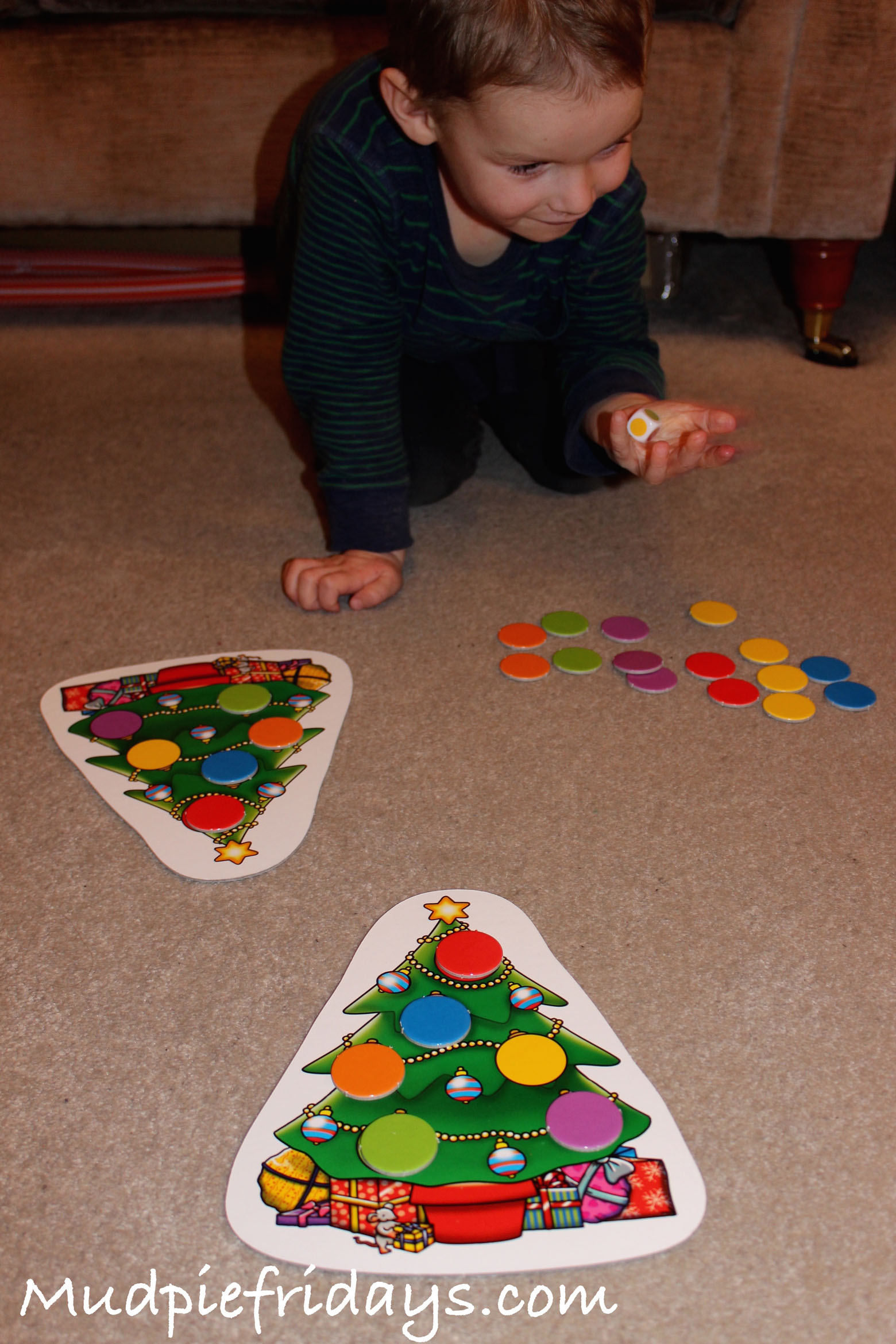 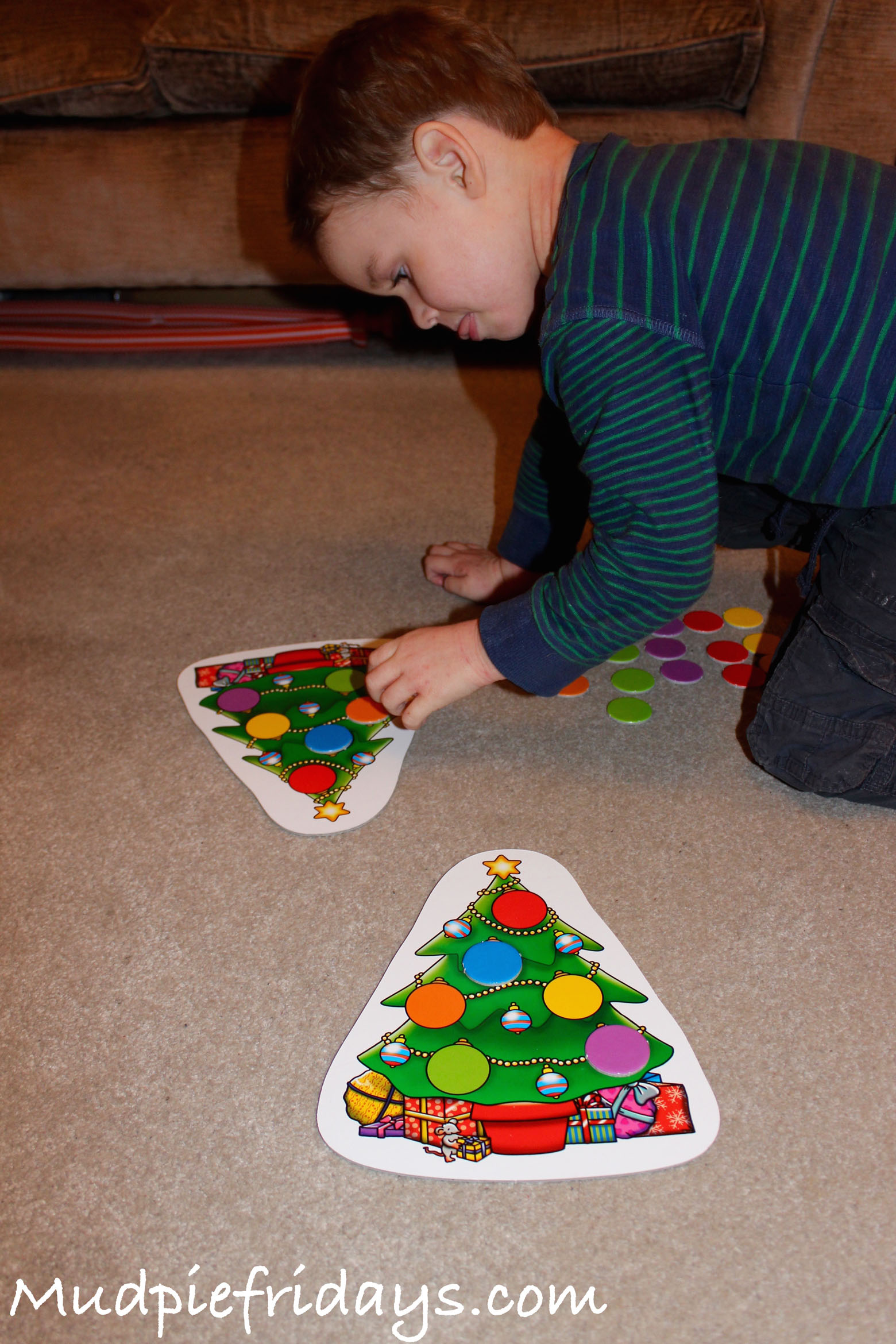 We played the Christmas Tree first and Monkey enjoyed lining up all the different coloured baubles. He also couldn’t wait to roll the dice. We did struggle bit to get Monkey to roll it rather than throw it!

Its a reasonably quick game with just the two players. We filled the majority of the board up in less than five minutes and then its just waiting for the last couple to . Its good to have a game which you can set up quickly and easily, play speedily and then just pop back in the box. It would be a good game to take to a restaurant or similar if you can keep the dice on the table of course. The Father Christmas game is along the same lines although Monkey loved looking at the different parcels and choosing which toys he wanted to fill his sack with. Which does ruin the ‘surprise’ element of the game! This side is Monkey’s favourite.

The game retails at £9.50 and you can find it here on the Orchard Toys’ website. It would make a lovely, well priced Christmas gift, I am sure we will be buying several to give as gifts. 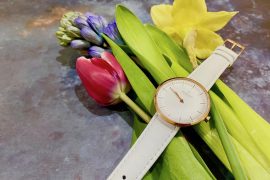 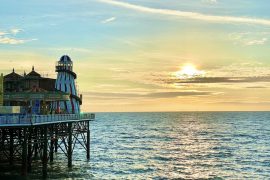 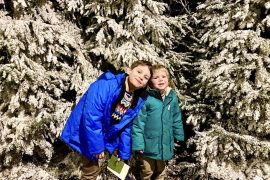 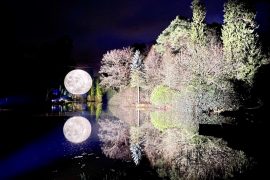