Just before Christmas Hubby and I took Monkey to see The Cat in the Hat at The Connaught Theatre in Worthing. I must admit I hadn’t really given much thought to the fact that it was so close to Christmas when booking the tickets and where we would park….! Normally there is a large carpark behind the theatre which is perfect, unless of course its full with Christmas shoppers. We managed to find a smaller one up the road and got the last spot – phew. 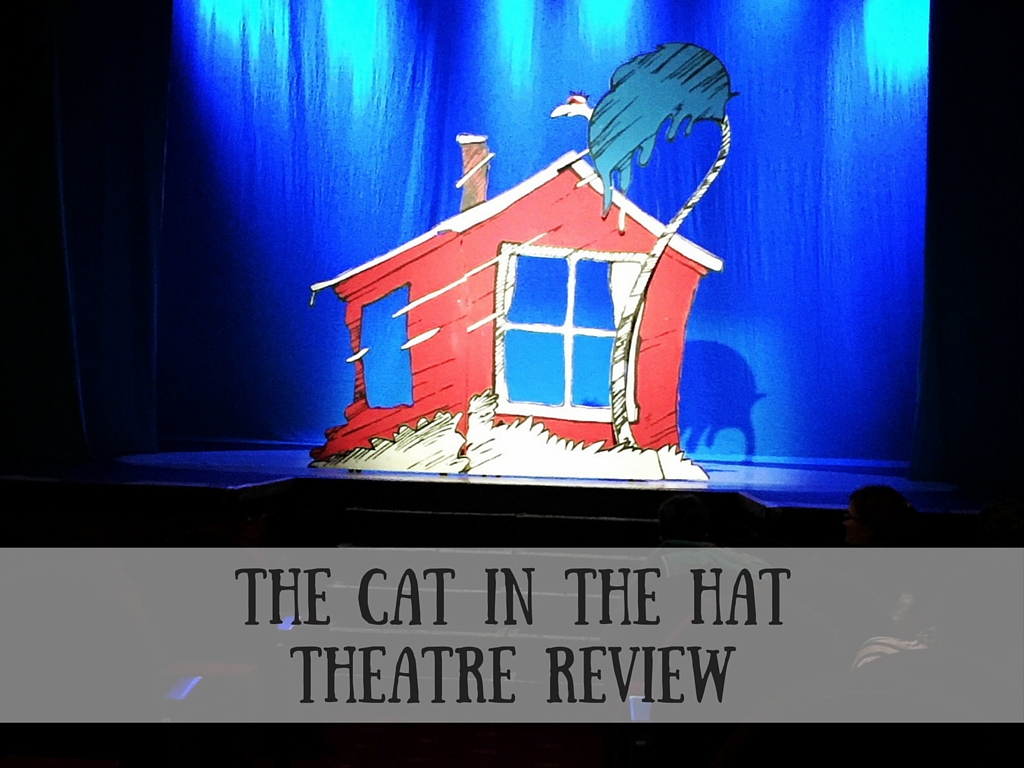 At three and a half Monkey is just starting to get into the Dr Seuss novels – in fact I am on the hunt for a box set if anyone knows of a good one. As we have seen the film version of The Cat in the Hat I thought it would be a good place to start. Originally written in 1957 it is the second book written for children by Theodor Geisel. Normally with children’s theatre they can lack a certain something for the parents and you get left twiddling your thumbs enjoying your kids involvement but really waiting for the show itself to be over. Not with this! I can honestly say the the 45 minute show went by in a flash.

For those of you who are not familiar with the story, it starts with Sally and her brother being bored at home, with their mother out. Mischief soon entails when the Cat in the Hat stops by to provide entertainment. Although the fish insists throughout that he is not welcome and should leave when mother is out. Neither child takes much notice and hilarity hits the stage in the form of balancing acts and real bubbles from the ceiling. At this point all the children in the audience were transfixed on what was unfolding.

The mischief takes a turn for the worse when Cat brings in a big red crate housing ‘thing 1’ and ‘thing 2’. With their high pitched squeals and acrobatics they were an instant hit causing havoc on stage and generally making a mess of the house. At this point they headed into the audience and ran along the isles. Swiftly followed by a huge white ball that bounded staright for us and was passed across the audience to whoops of delight. Eventually thing 1 and thing 2 were captured and returned to their crate. Just in time for Fish to spot mothers return. Thankfully Cat returns in the nick of time with a solution which I will leave for you to discover on your visit.

The costumes, set and props were all within keeping of the original story book in primary colours with a cartoon twist. It made for a very vibrant and slightly unhinged show which Monkey throughly enjoyed. The show is aimed at the 3+ age group, to check the running schedule for 2016 please visit the Childsplay website here. I would definitely recommend a visit.