As part of the post about Baby Keepsakes I mentioned a Memory Frame. Here is how I made ours and what I included. 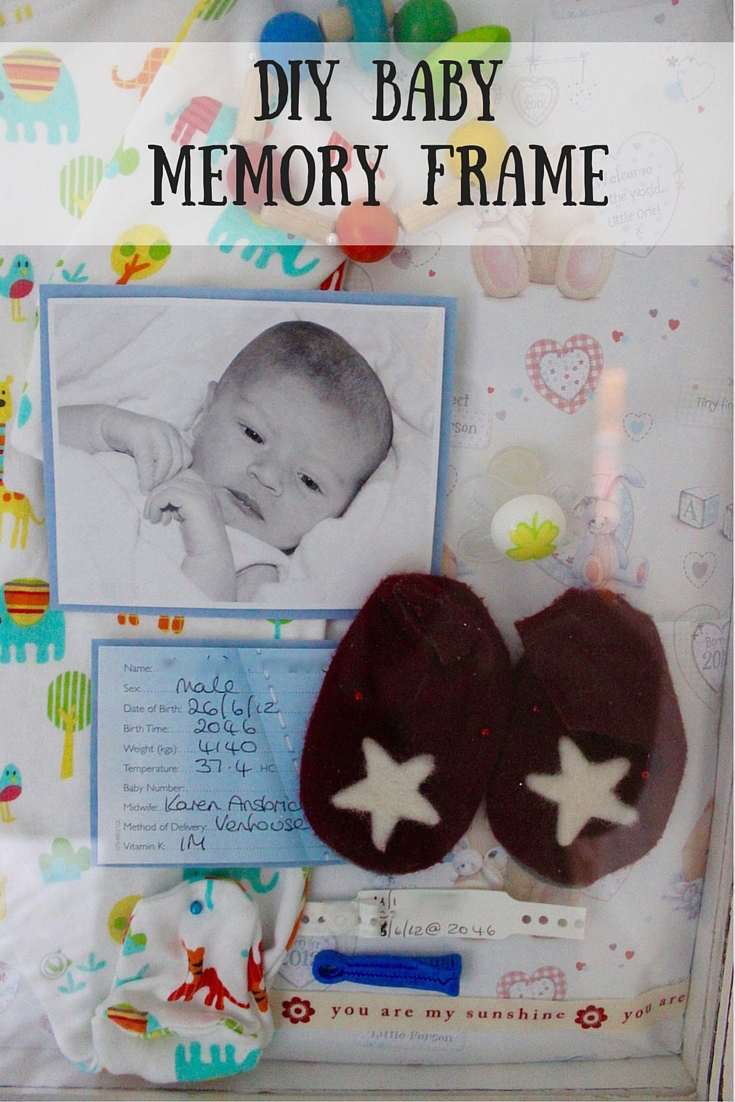 The frame I used came from Cox & Cox and already had a fabric backing. However it wasn’t really padded enough to secure the items to the back of the frame. I didn’t want to use glue as I may decide to use the items at a later date for something else or if I want to take the frame down and store them. Instead I brought a piece of mount board and covered this is wrapping paper which said ‘Born in 2012’ on it. You could use fabric if you wanted but I liked the paper and had used to wrap gifts for all the NCT babies in our group.

I then used pins where possible to secure the items in the frame. As I completed this when Monkey was around three months old there wasn’t too much to choose from to fill the frame. If I was to do it now I think I would struggle to get everything in! The items I chose were: 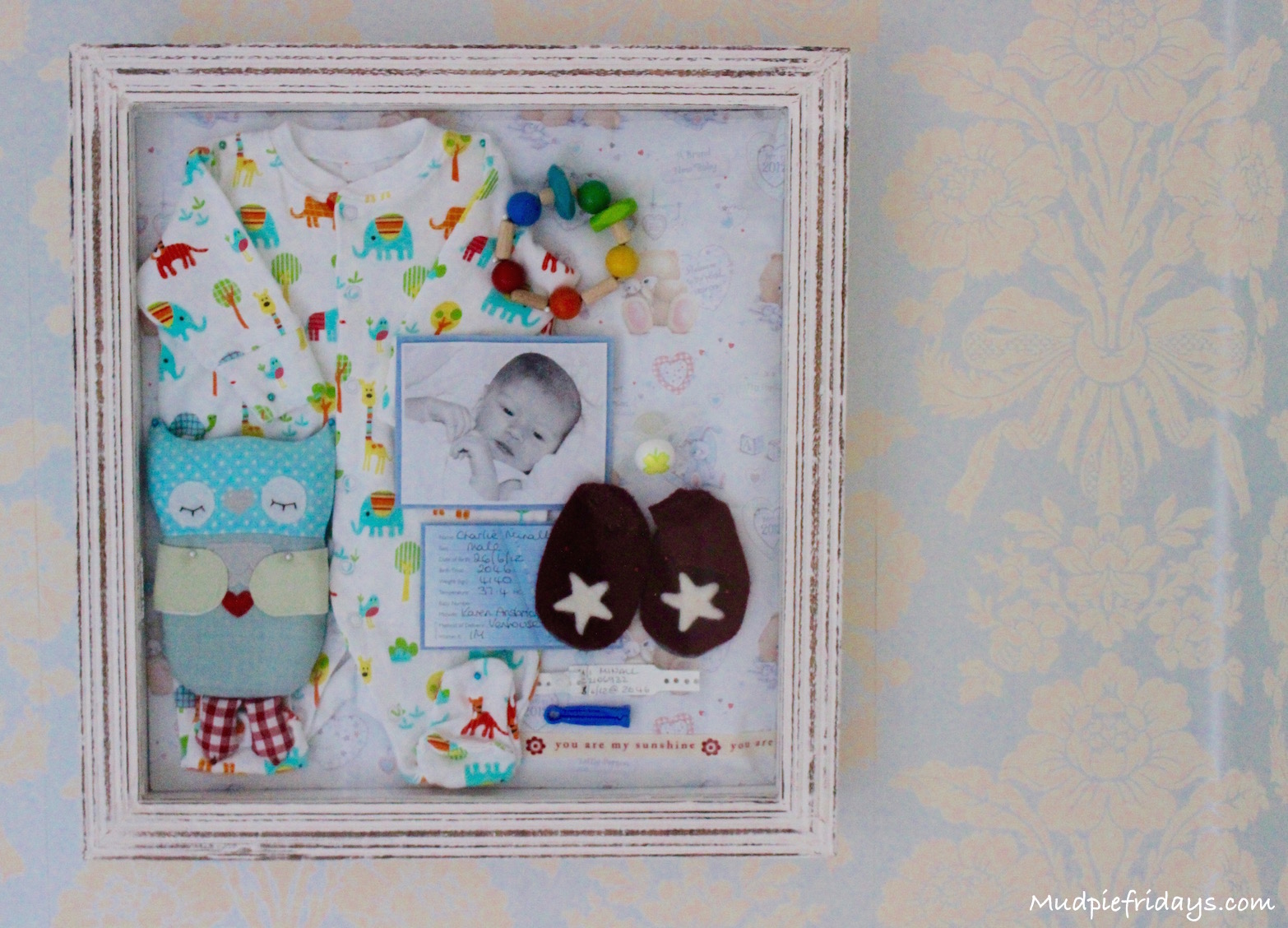 You could include anything you wanted including mits and a hat, although I didn’t want the frame to look too over crowded and it is only 50cmx50cm. I made something similar for our wedding and they hang together in our spare room. I will be making another one for our new baby around the same sort of time….must get started on the little slippers!

What would you include in a memory frame?

My Pregnancy – Weeks 18 & 19 with Antiphospholipid Syndrome