I love a good festival, having been going to V Festival now for over ten years – eek I suddenly feel very old! I have my tickets booked and paid for this year too. Unfortunately the other half doesn’t share my same enthusiasm for outside music events. Now being a Mother of two boys I am keen that in time they get to experience the festival environment in a family unit before at some point I am sure experiencing it themselves. So this year for Monkey’s birthday I thought I would introduce him and the other half in a gentle fashion and we went to The Big Day Out at Mote Park over in Kent. 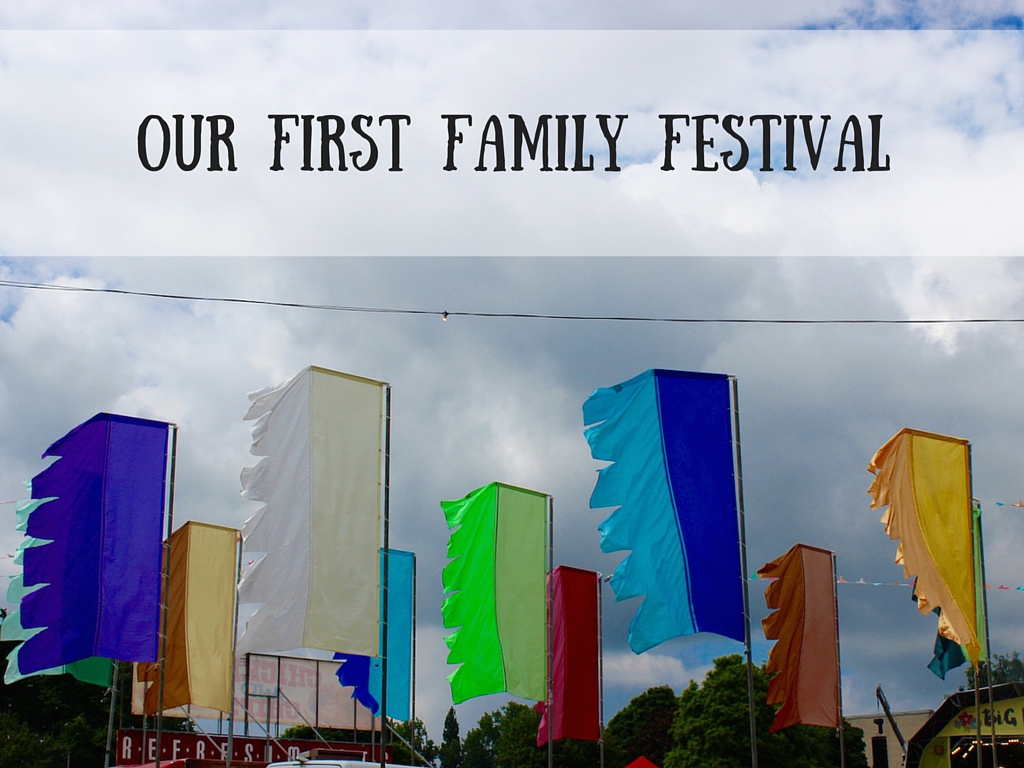 It was a two day festival run over a weekend, we went on a Sunday, with no camping. This I have discovered is more of an issue for Hubby than the actual live music. Resolution made. If this weather ever improves we are going away for a weekend camping this Summer – suggestions of must take items in the comments below please… and I really need to get a tent big enough for the four of us. 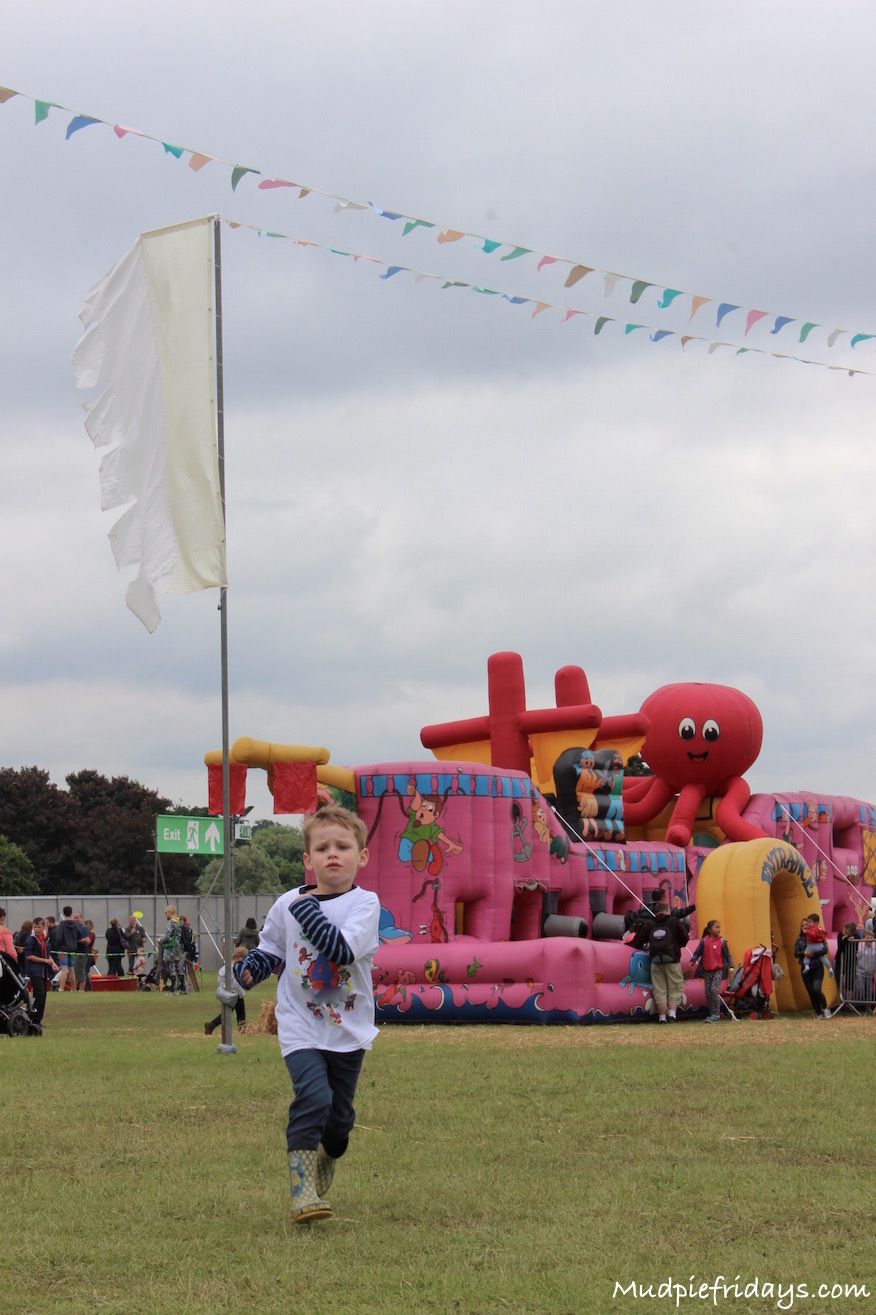 So I guess the question is how did it go? Well as we turned up to threatening black skies and several inches of mud at the carpark entrance Hubby was rather grumpy. But since this is a family festival and Monkey’s Birthday I had invited his parents and mine which seemed to soften the blow a bit. Wrist bands donned we entered the small site. Being an hour and half away from home the first stop was to feed Kipper. Thankfully there was some picnic tables as you walked in. Monkey was extremely excited and wanted to go and investigate, so we sent him off with the grandparents to scope the place out. Kipper fed we headed towards the three large bouncy obstacle courses which were set up in the centre of the arena.

Hubby was impressed that they were free, plus as we had got their when it opened the queues to get on them were short and went quickly. Naturally Monkey needed to try each one out with his little friends, who had also joined us as a Birthday surprise. He really enjoyed them and would have quite happily spent all day on them going back and forth. Suitably worn out we opted to stop for food. The options available were your typical festival foods of burgers, sausages, pork baps and the like, we settled on Bratwurst. It didn’t take long for the kids to spy the sweet stall conveniently situated right next to the eating area. Monkey was particularly taken with some bright blue sweets, of course he had to eat all his lunch before Hubby took him to pick some. It wasn’t cheap at £1.99 per 100g, but then they had a captive audience! I had secretly packed a Birthday cake and we sung Happy Birthday and ate cake before heading off to the meet and greet area. 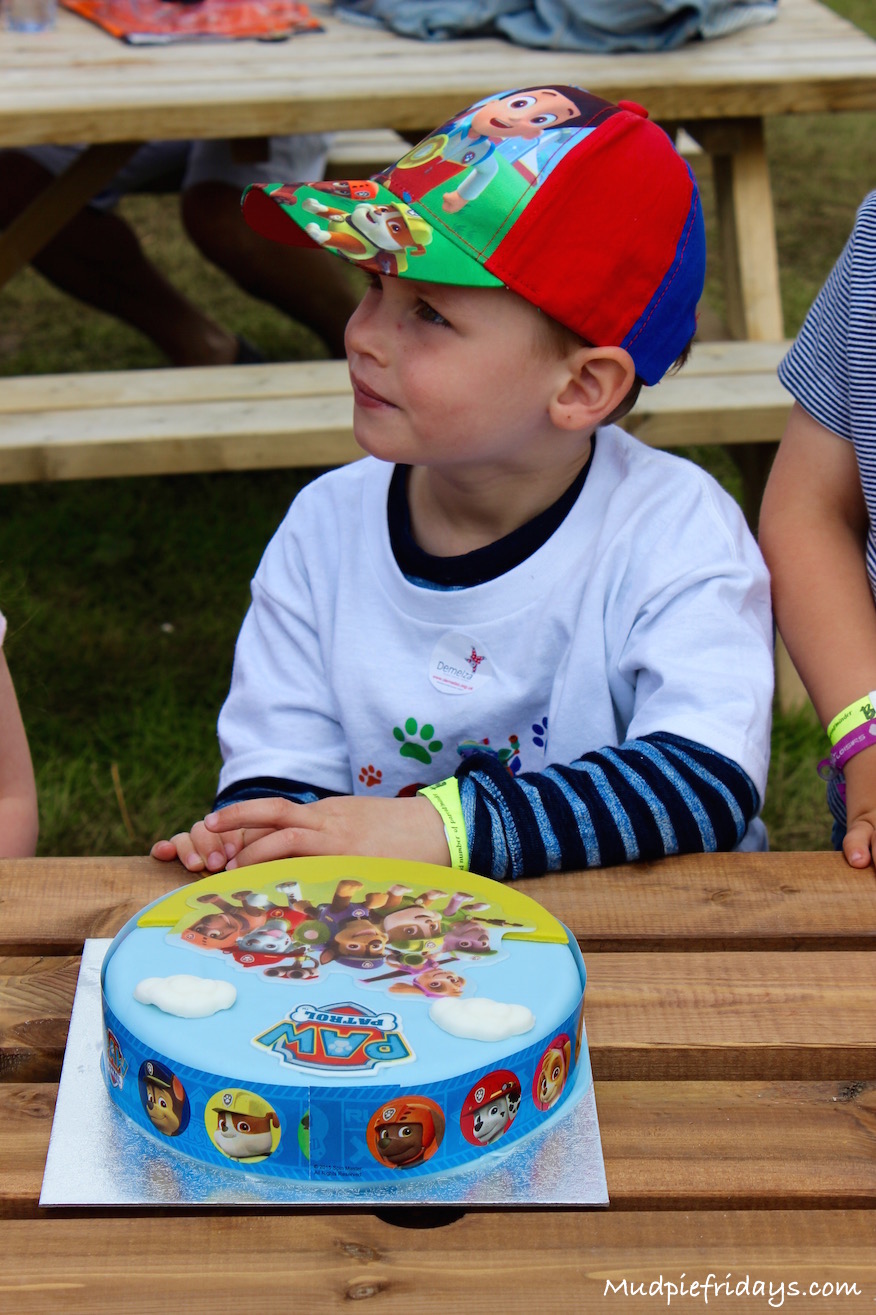 Monkey was particularly keen to meet the Paw Patrol characters Chase and Marshall who we had briefly seen on the way in. There was an arena made out of hay bails and the characters walked round posing for photos, giving high fives and tussling hair. They had a session every half an hour alternating between The Gruffalo and Paw Patrol.

Monkey was very excited to meet his two current heroes: 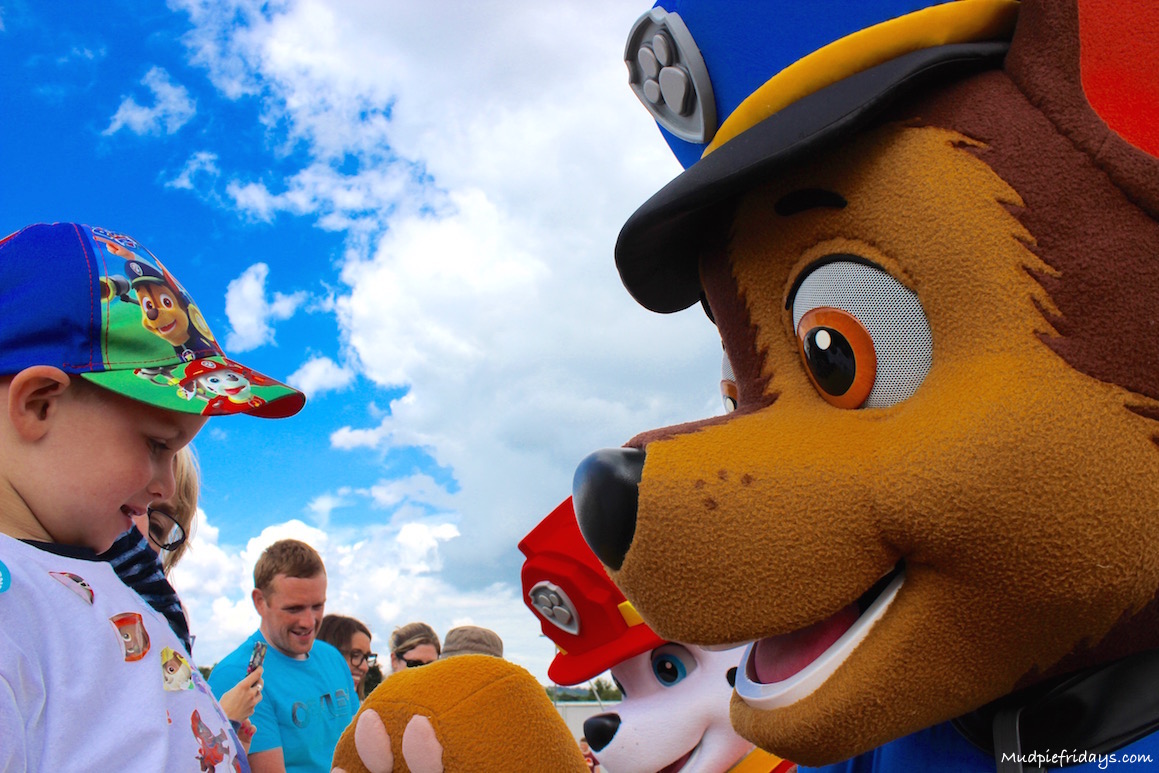 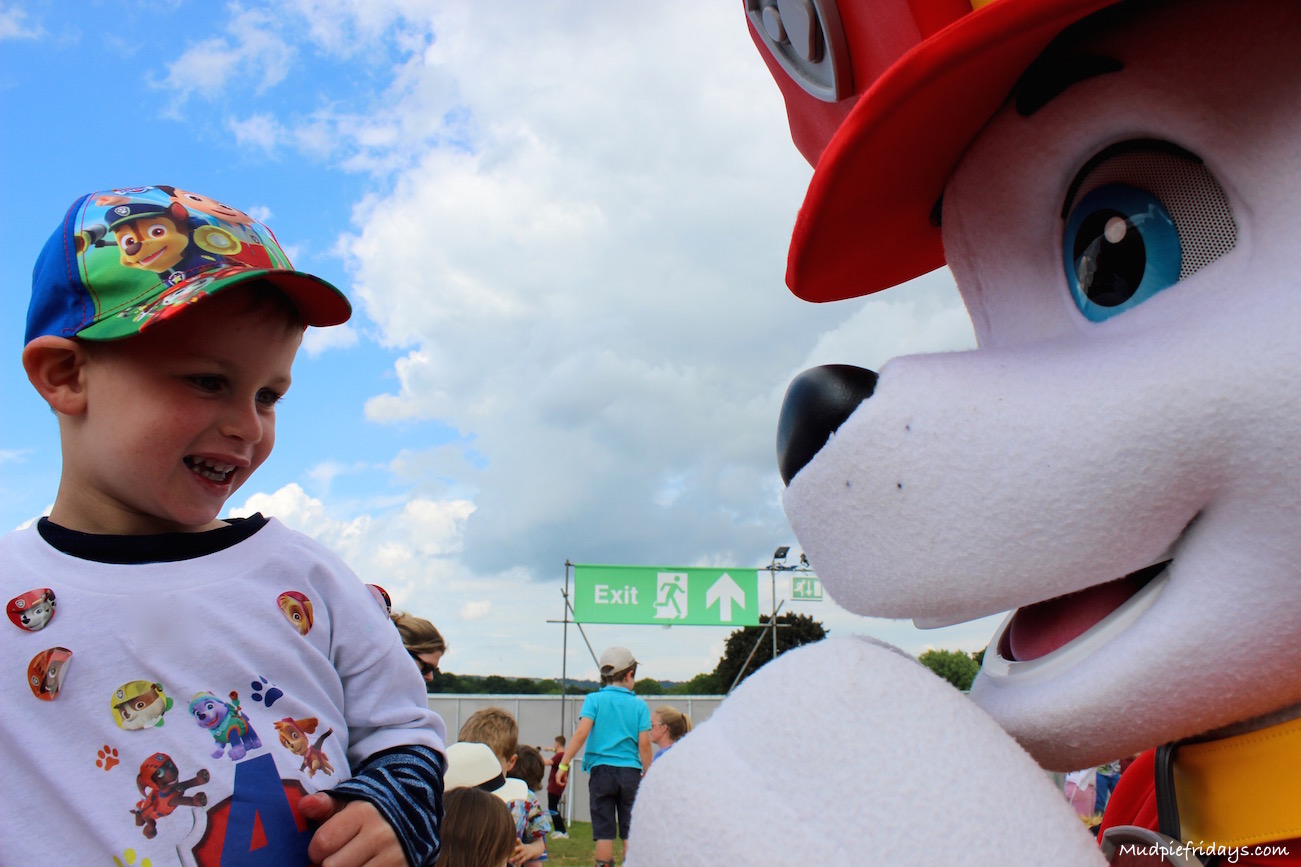 Right next to the meet and greet arena was a circus area. Monkey wasn’t that interested in playing with hula hops and the bouncy castles were more attractive than walking the tight rope. However it seemed to be a draw for older children. Instead he wanted to head towards the fairground. To our delight the helter skelter would allow us both down at the same time. I have a picture as a child of going down a helter skelter with my dad at Barry Island. Whenever we have seen one recently Monkey is normally too short or I’m not allowed on with him, so it was great to finally find one we could experience together. 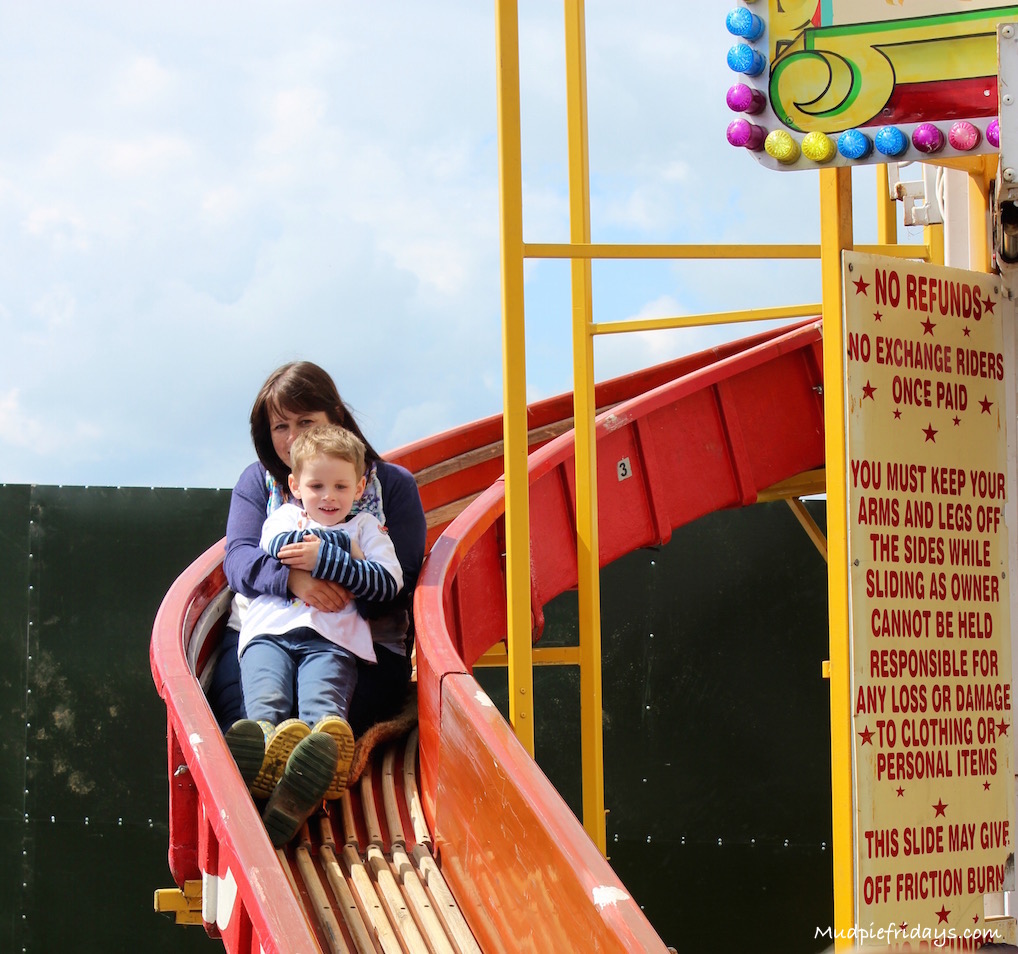 The fun fair was packed into a small area and was very busy, which made negotiating it with a pram interesting. Monkey went on several of the rides with his grandparents, they were not badly priced all things considered. There were also stalls nearby, we saw a lot of kids with bubble guns and their faces painted. Due to Monkey’s eczema we steered clear of the face painting this time round. He has never had it done, it was only recently that he had his first bubble bath! Hopefully in time he will be able to. It was difficult to lure him away from the rides, he loves them so much and made us promise to take him when the fair comes into town.

I was disappointed to find out that the Lightening Seeds were headlining which meant they did not come on to almost 8pm. With two young children and no camping it meant that we weren’t staying that late. I will have to get my 90s vibe another time, we did manage to catch a couple of the acts. Although I had made a rookie mistake and left the ear defenders at home so we watched from a distance. 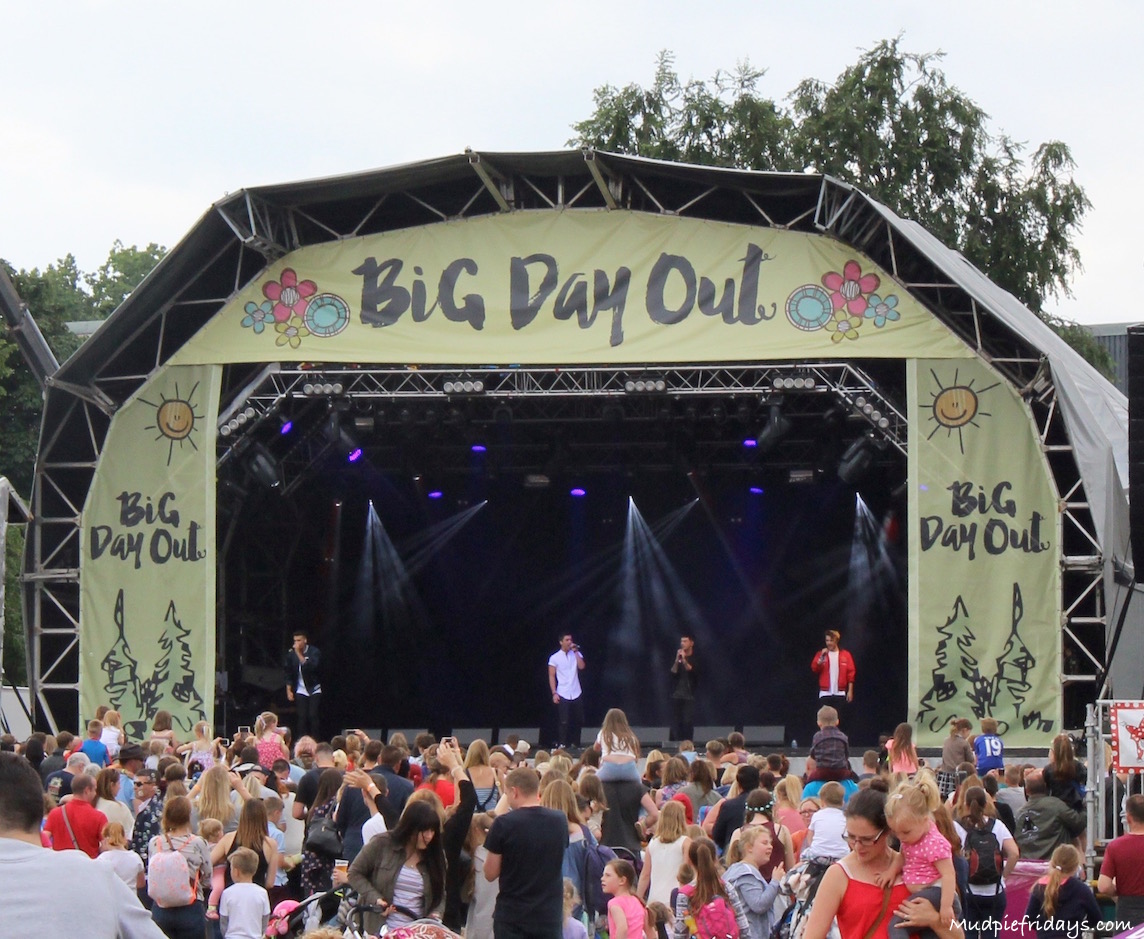 I actually feel that day festivals with children are probably harder work than weekend ones. Partly because you need to lug everything around with you rather than having a base to return to. Also I would get a festival cart which would also be a great home for tired out children should we be staying over night. Also not driving would mean that we could partake in a drink or two. Monkey had a great time, Hubby not so, but I am hoping that the one I have booked for August maybe a little larger. One thing for sure – I will not be forgetting the ear defenders this time! Overall we were really lucky with the weather, festivals are definitely very different with children but in a good way, I am determined to get Hubby to embrace them…but first I think I need to start with staying under canvas.

What are your top festival and camping tips? I would love to hear them in the comments below.

Linking up with TwinklyTuesday