Helping our 4 year old adjust to a new baby – I wrote about how Monkey was fairing with having a little brother in his life when Kipper was four weeks old here. So how are we getting on? Well its a little up and down if I am honest. I am guessing this is to be expected, the initial novelty of having a baby in the house has worn off.  And the realisation of having a sibling is well and truly hit. We have just had the first ‘can we just get another baby and give Kipper away…‘ I had to laugh as it came in the same conversation as wanting a little sister. Four year olds? Who understands their logic? 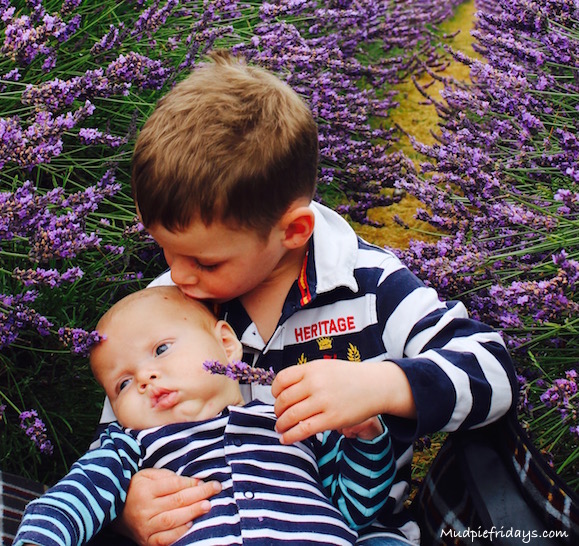 The whole love thing (where he perceives we love Kipper more than him) is still bit of an issue, it comes and goes and he needs constant reassurance that he has not been replaced. On a positive note he has seemingly got over the issues surrounding the sleeping arrangements. I think the fact that we are going on holiday and all sleeping in the same room has helped this, as he realises that we are not excluding him on purpose. The bedtime routine is still hard work but I think thats more because he is four years old than because of Kipper. We have got round this to date by saying that we will come up and check on him every five minutes or so. Inevitably he has fallen to sleep by the second check.

We still haven’t experienced any regression, in fact Monkey seems to revel in the fact that he can do things that Kipper can’t such as eating at the table and playing. Although he needs the routine of nursery I have been trying to give him opportunity of doing big boy activities so we have had a couple of days off that focus all around him. The sling has been invaluable and made the day trips a lot easier.

Hubby and I have also got more use to man marking, although Hubby tends to spend more time with Monkey doing the day to day things. I always try to spend some time alone with him each day. Even if that means adjusting Kipper’s feeding schedule so that I can spend an hour or so with him when he gets home from nursery. I know this is important to him as he as coined the phase alone time, this is isn’t something I have ever referred to. I have also noticed that nursery drop off has suddenly become a lot easier since I have started setting out invitations to play again which I know he loves, although none of them have made it onto the blog and probably won’t! One step at a time. 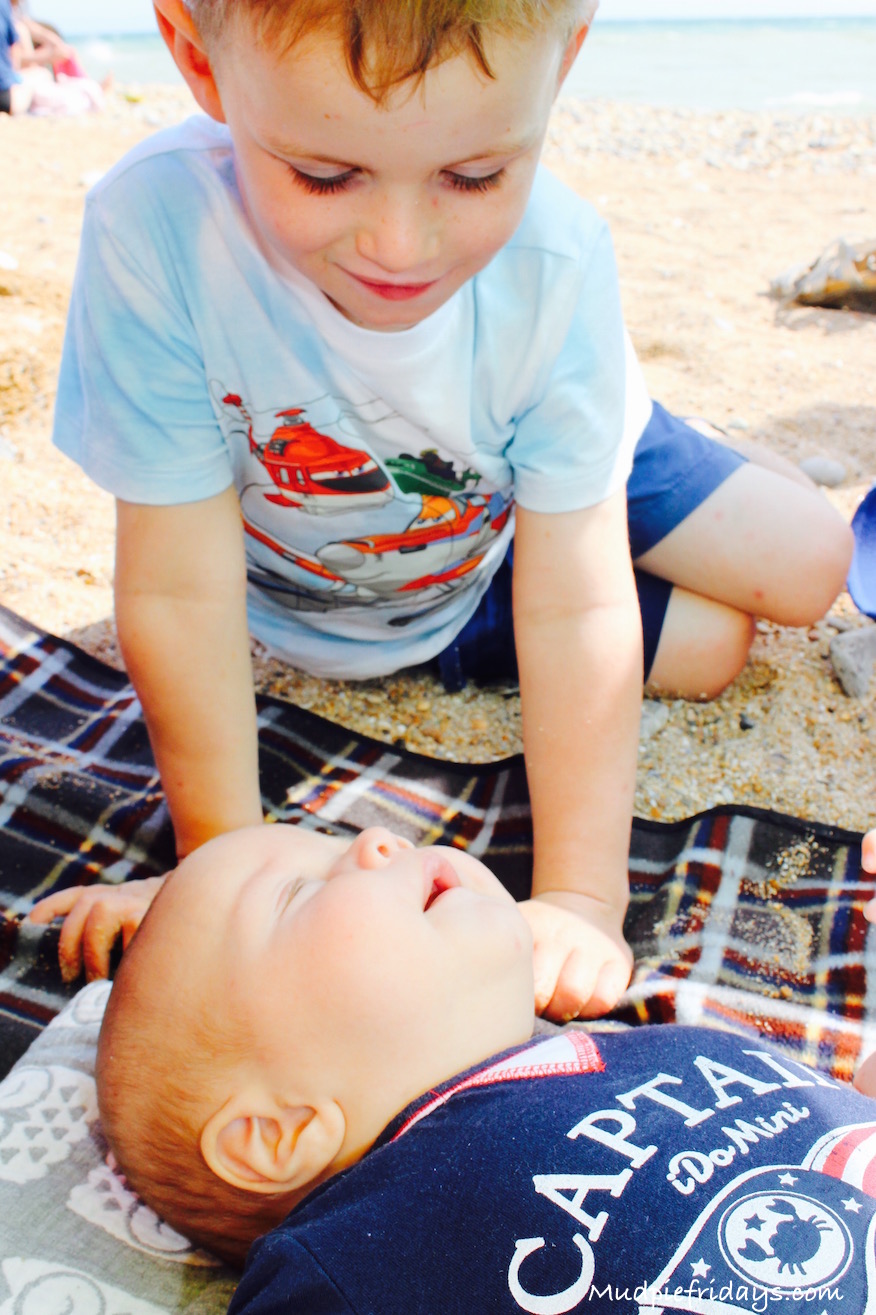 Unfortunately its not all been good news we have entered the over zealous cuddles and ‘patting’ stage. If there is such a stage. I have noticed it gets worse if he feels as though he hasn’t had enough attention. Which then puts you as a parent in a difficult situation as you don’t want to encourage the attention seeking behaviour but at the same time I don’t want him then taking it out on Kipper and getting attention that way.

Don’t get me wrong he’s not been that bad.  I’ve heard horror stories about the older sibling bending back the babies fingers. And I wasn’t exactly an angel.  I use to sit on my baby brother (delightful child). Which progressed to me feeding him woodlice once he could sit up by himself. He tends to slap under the guise of patting.  It seems to be amplified if we are with close family members that are focusing on Kipper for whatever reason. Which leads me to analyse it as jealously.  I want to nip in the bud now to avoid sibling rivalry at a later date.

Everything I have read talks about building a very secure relationship with each child. Which is in turn more likely to foster a secure relationship between them. Which I guess means continue what we are doing! I have brought a story book about jealously called I’m important too! by Jen Green. Monkey was a bit apprehensive at first but he keeps asking for it so I am taking that as a good sign.

I thought we had nipped the attention seeking in the bud too, but he has a new way of getting our attention which has come about in the last couple of days. ‘I need the toilet…‘ It was inevitable really the one thing that you can’t really ignore. So we have been going to the loo every half an hour or so when we are out, be that dinner or as in last night the cinema. Its a tough one and I’ve come to the conclusion we need to ride the storm with this one. As its a relatively new development I am hoping it will disappear as quickly as it arrived. 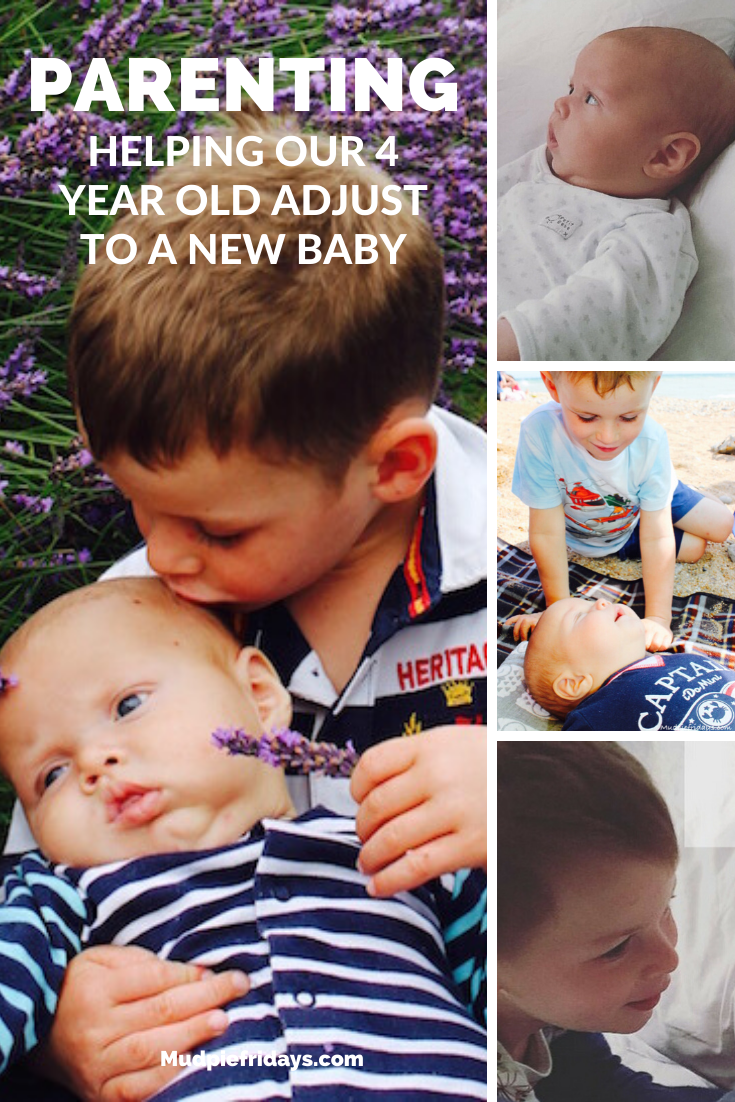 So what are our plans for the coming weeks?

So there we have it, bringing  a new baby into a family will never been completely smooth sailing. Unless you are extremely lucky. There will be ups and downs. For those of you that will be doing just this in the next few months. Don’t stress children are robust as long as they know you love them. For those of you that have already done this. Any suggestions on things we can do in addition to the above. Will be gratefully received in the comments below.

Helping our 4 year old adjust to a new baby