I am sure I am not alone in the Paw Patrol obsession which seems to be sweeping our nation at the moment! Monkey is absolutely Paw Patrol mad so much so that I even held him a Paw Patrol Birthday Party last month! So when we were offered to review some new Paw Patrol toys I jumped at the chance knowing that he would be over the moon. I’m not sure who was more excited when the packaged arrived, me or him!! 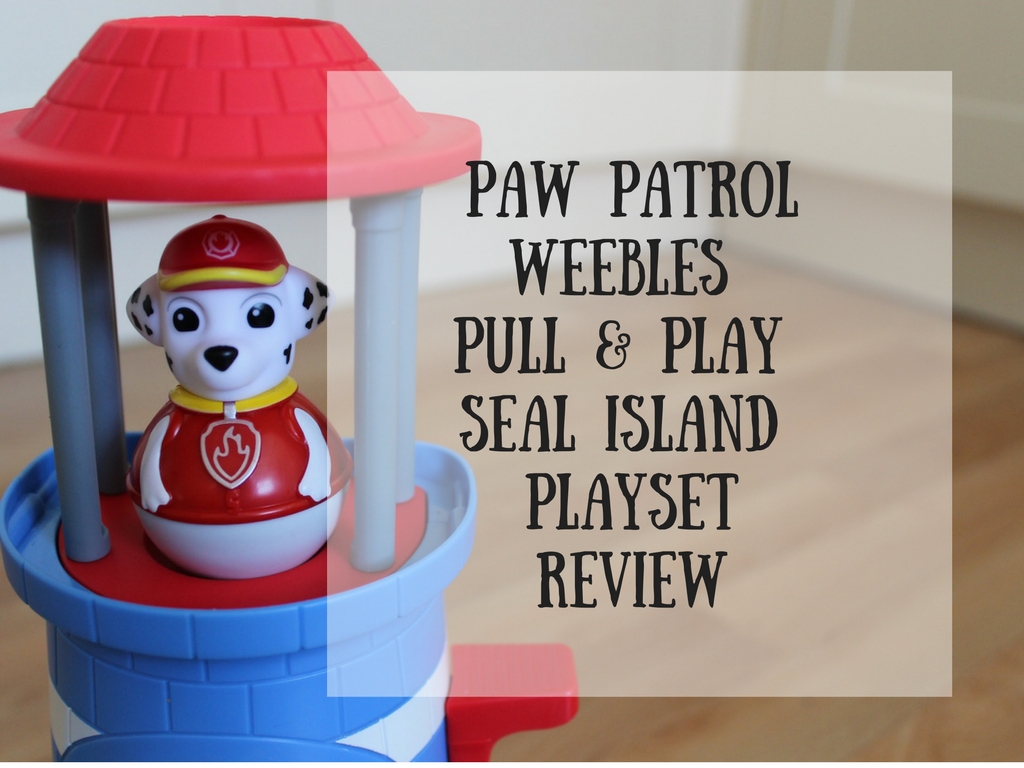 I remember weebles from when I was a child – ‘watch them wobble but not fall down’ so its great that they have been updated with a Paw Patrol theme especially for the younger generation.  The playset comes with the Marshall weeble and retails at £29.99. In our photos you will see we also have Chase and Zuma, its possible to purchase the characters separately priced at £4.99 each. In total there are six to collect, the three we have and Rocky, Rubble and Sky. At £4.99 they are ideal treats or perfect for encouraging little ones to save up their pocket money over a couple of weeks to buy one themselves.

The playset has a host of features that have been designed specifically for weebles; 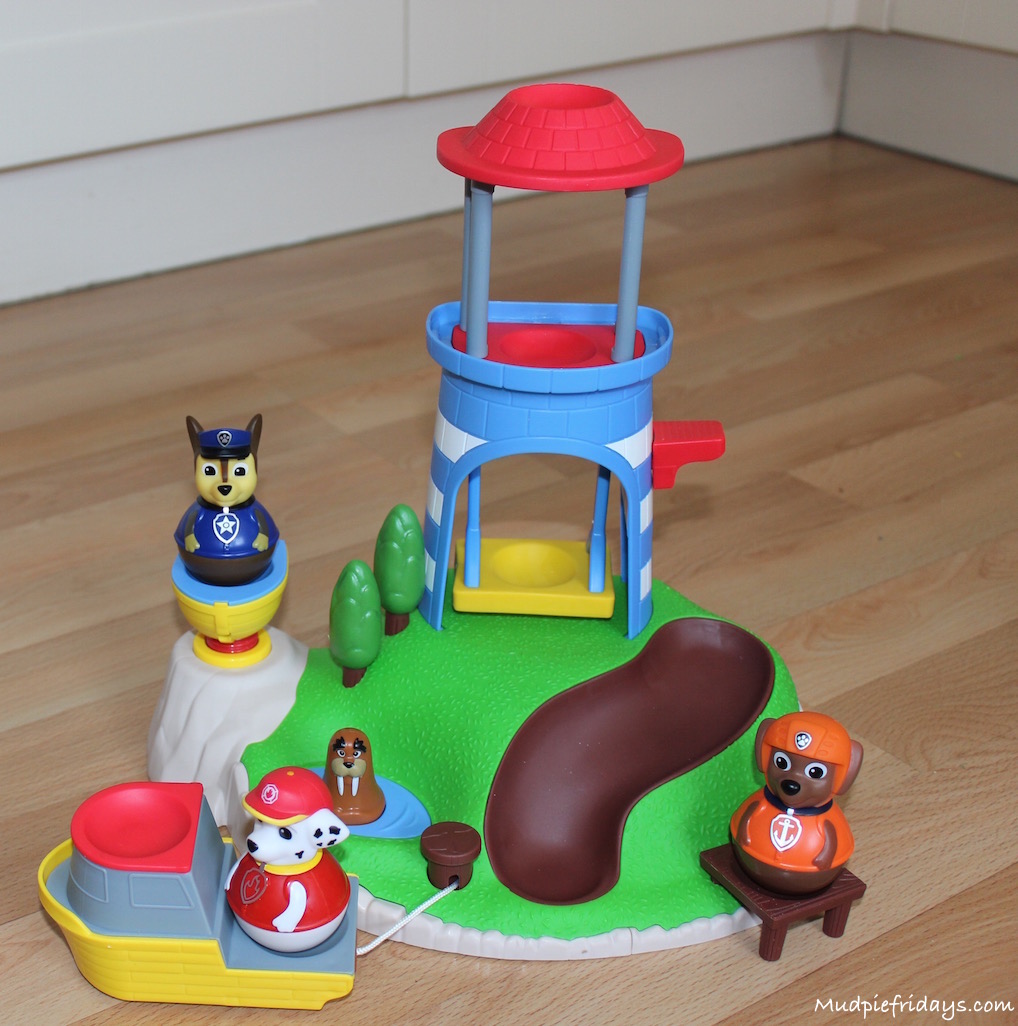 I think its great that they are targeting the younger market with these toys aimed at 18 month plus. If  I am honest they are probably a bit young for Monkey but he loved playing with them none the less. This was his reaction when he saw it for the first time! 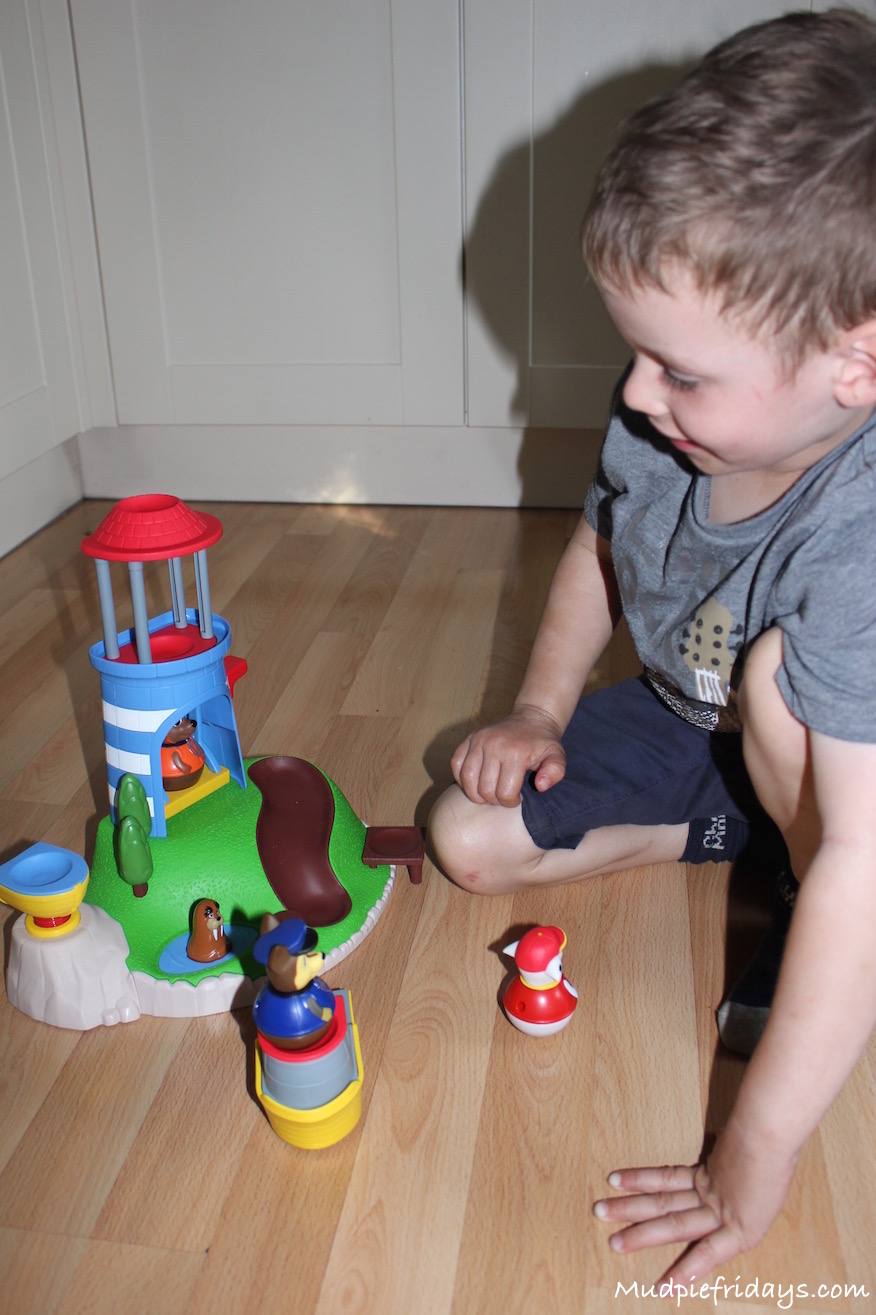 The features discussed above:

Monkey took to sending the tug boat out to rescue the kitties and get supplies for the Island. I think this was his favourite feature pulling it out and then reeling it back in again. He also really liked the fact that you could remove the tug boat from the line by moving a little switch on the bottom of the tug boat.

It was lovely hearing him chat to each of the characters individually and making up stories. The weebles even ended up being used in other paw patrol toys which we own.

As far as anything we don’t like, I really can’t think of anything. We both really like it and I would definitely recommend for paw patrol mad little people. I definitely think the age range is right on this and my only disappointment is that these were not around when Monkey first started getting into Paw Patrol. I am hoping I am not going to have an argument on my hands once Kipper starts crawling!

If you would like your own playset for your little ones then its available for purchase from Toys R Us.

A Mothers Letter to Her Nursery Leaver