Review: Transformers The Last Knight Mega 1Step Changer Dragonstorm – Monkey is just starting to get into Transformers after we reviewed The Last Knight Radio Control Autobot Sqweeks. Monkey liked it but was a little disappointed that it didn’t actually ‘transform’ so I knew we would be onto a winner with the Dragonstorm. As it is a 1Step changer it means that it will go from dragon to knight in one easy mega step. The box is quite large and the fact that you can test the toy in it meant that Monkey was extremely eager to get it out of the packaging! Thankfully the toy comes with ‘testing’ batteries included but our experience is that they last a long time and we have not needed to change them yet. The Dragonstorm arrives in four pieces, the main transformer, two wings and a tail/ weapon. The wings do seem to fall off easily, but Monkey is not deterred by this. In order to change from dragon to knight all you need to do is to press and hold the lever on the back of the dragon. Then pull the lever forward and up to reveal the knight in one motion. Monkey finds it very easy to do. You can see a purple coloured light in the top picture which appears when you transform or when you press the button on the knights chest. This is ‘Cyberfire’ technology. If you have any of the other transformers with this, then buy shining the light on them you will reveal hidden symbols. Once in knight mode the tail becomes a sword for the knight to hold. Its possible to move the arms but the legs are not posable which is a shame. 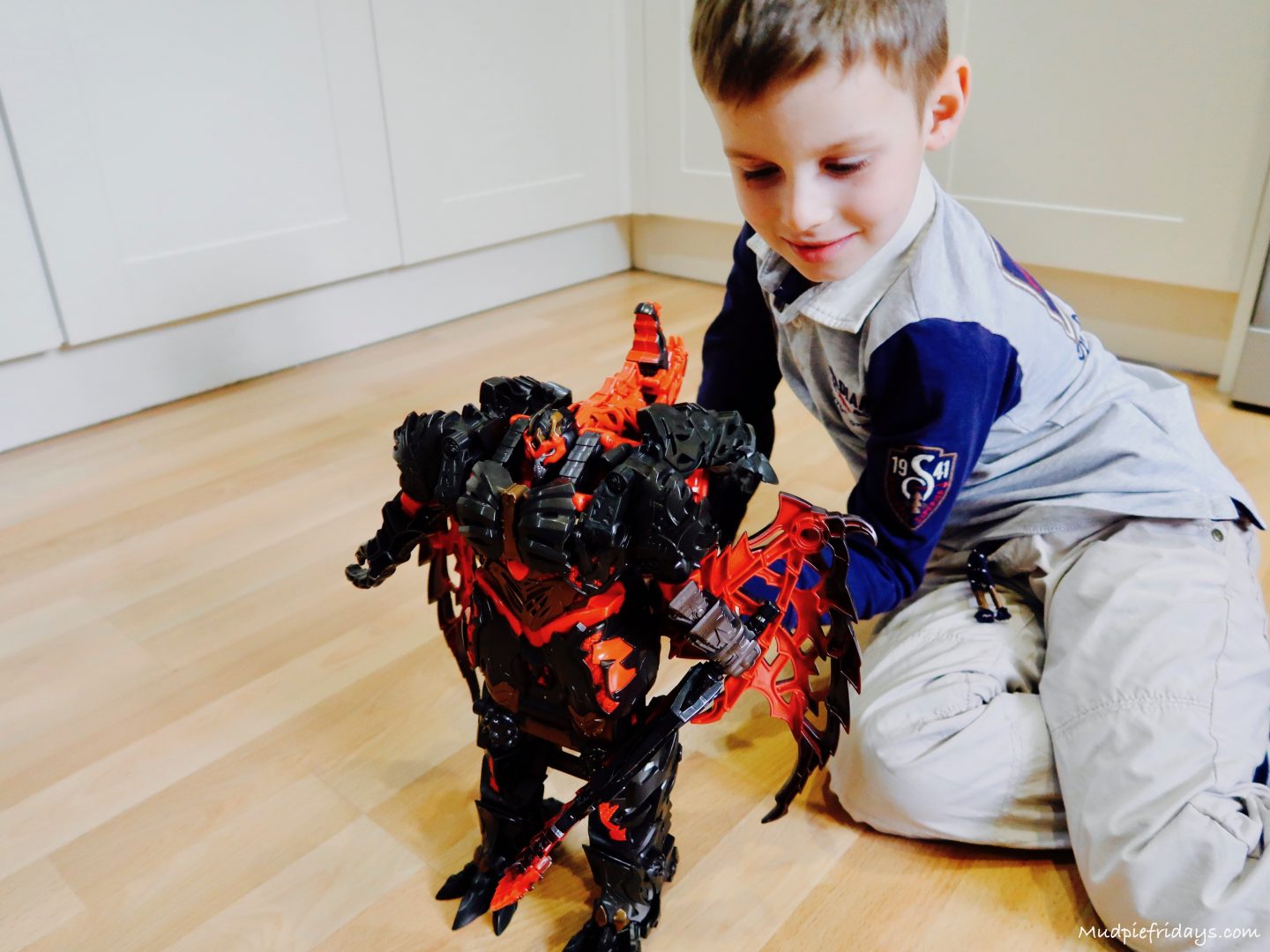 I would like to see moveable legs and some other features for the money, as it costs £79.99. But if you child is transformers mad then I am sure they would not be disappointed. Monkey loves it and will quite happily play with it making up his own transformer games. He has asked if we could try out some other transformers so that we could have some ‘battles’. The Last Knight Mega 1Step Changer Dragonstorm is available from all good toy shops and from online retailers like Amazon. We were given The Last Knight Mega 1Step Changer Dragonstorm to enable us to write this review. All words and opinions are my own. 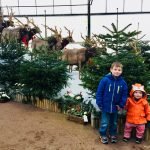