Star Wars Force Link Starter Playset & Interactech Kylo Ren Action Figure Review: Monkey is a little Star Wars mad. He has traditionally been all about the Blade Builders;  BladeBuilders Spin Action Lightsaber , Star Wars BladeBuilders Path of the Force Lightsaber and most recently the new Star Wars Forces of Destine Rey of Jakku Extendable Staff. So I was interested to see what he thought of the new figures which Hasbro very kindly sent us. 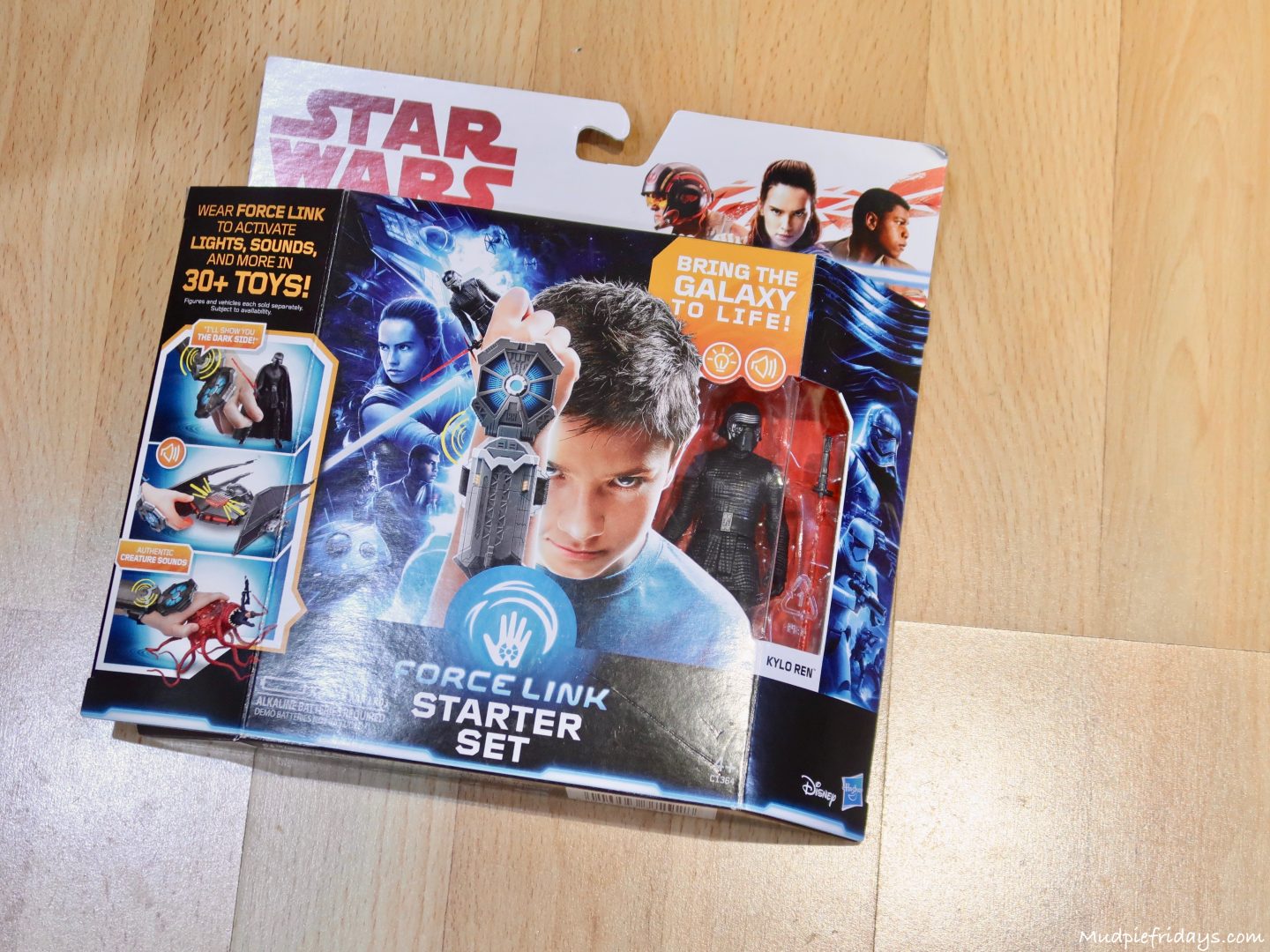 The Star Wars Force Link Starter Set is a clever piece of technology. We were sent the starter kit which includes the new wearable technology and a 3.75-inch scale, movie-inspired Star Wars Kylo Ren figure. The new interactive play system is very clever. Basically by wearing the hand set you can control the figures that give off all the sound effects and phrases from the Star Wars. Although the starter set only included Kylo Ren there are plenty more figures to choose from. In total over thirty toys can be used in conjunction with the handset. Because it is interchangeable between the toys Monkey could reenact the scenes and create his own. 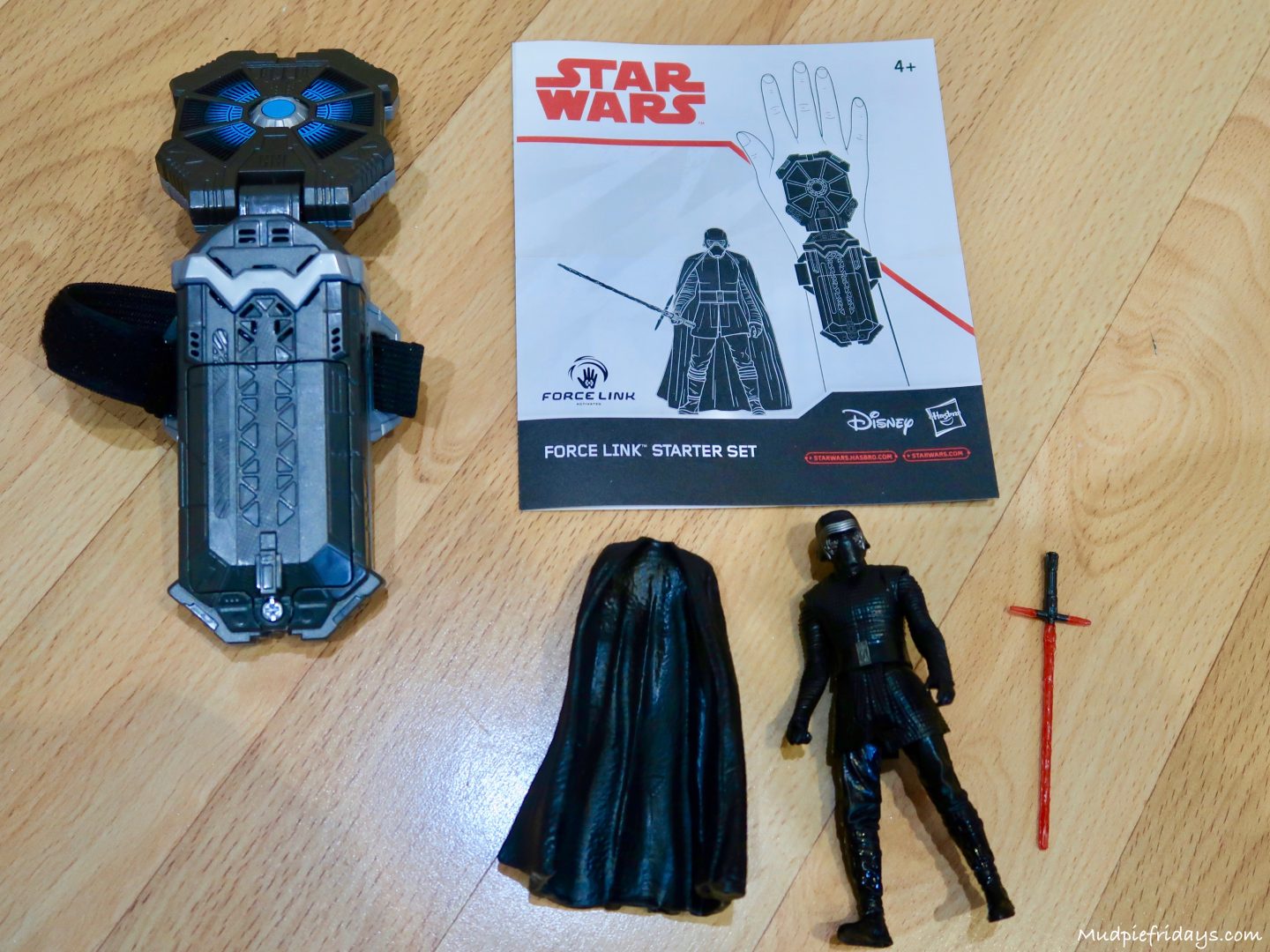 Its clever because it is motion activated, which means that Monkey no longer need to make the sounds of a lightsaber himself. To use the hand set you will need 3 x AAA batteries which do not come in the box. To date many of the toys we have tested for Hasbro do come with batteries so I was surprised this didn’t. 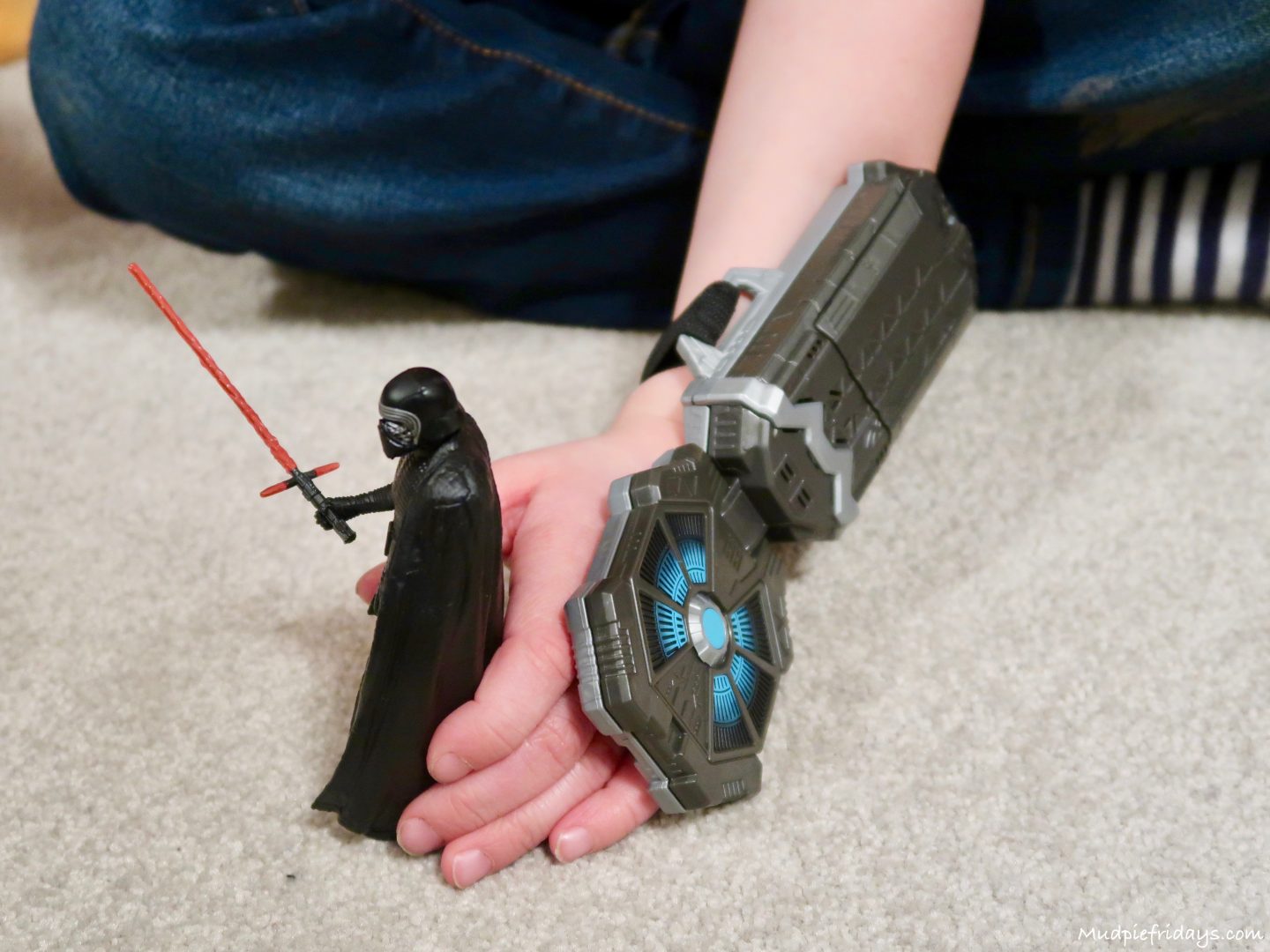 I did wonder if Monkey may find the hand set a little uncomfortable but he was fine with it. In fact he quite enjoys wearing it and will do so even when he’s not playing with the figures. Creating a game with the handset on its own. 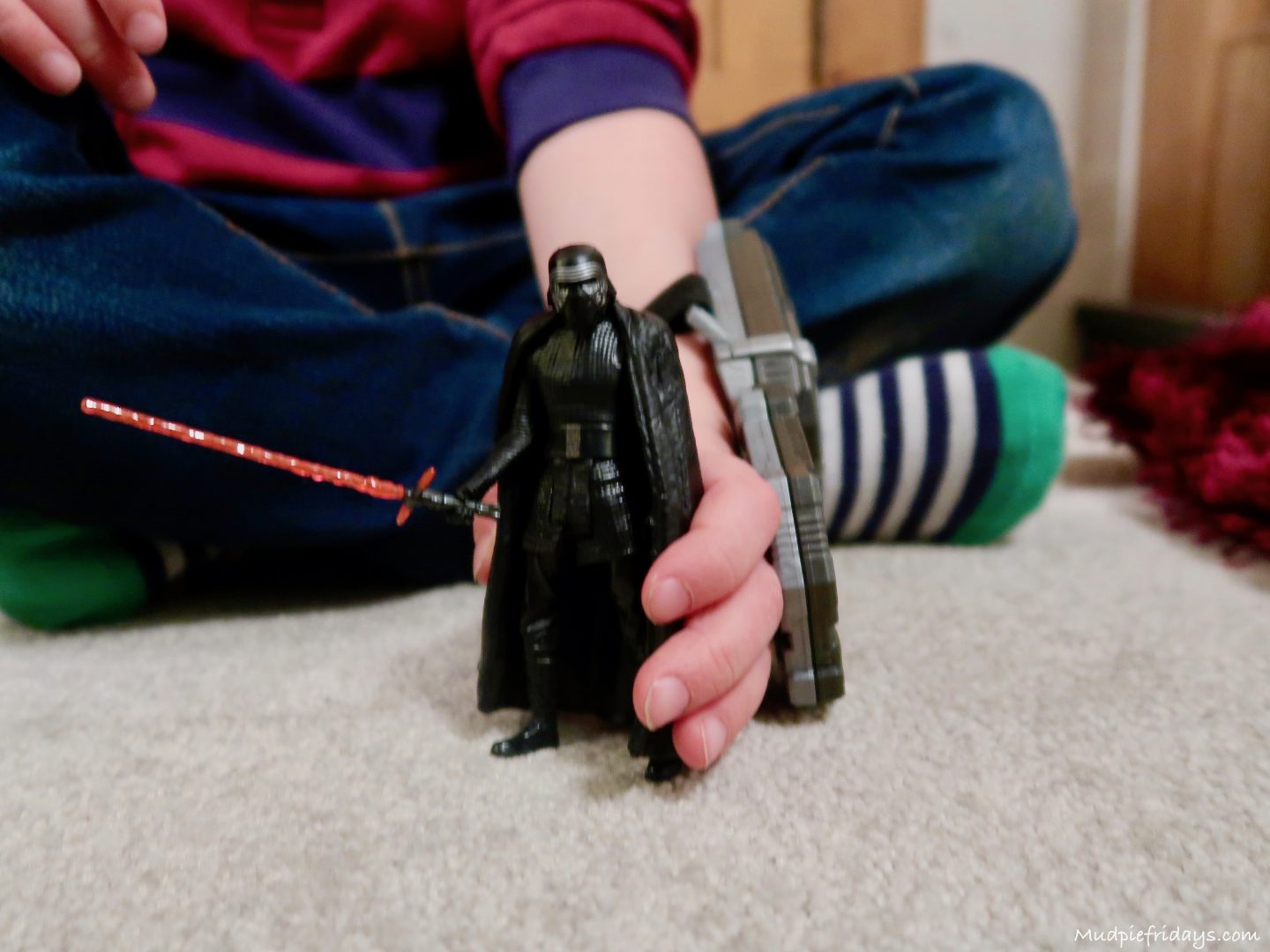 The figure is posable but we had trouble getting him to stand up alone. There are quote a number to choose from and I can see us buying more in the series. Individual figures are available at £14.99 each.

You can buy the Star Wars Force Link Starter Playset from most high street toy retailers, online and    from Amazon. 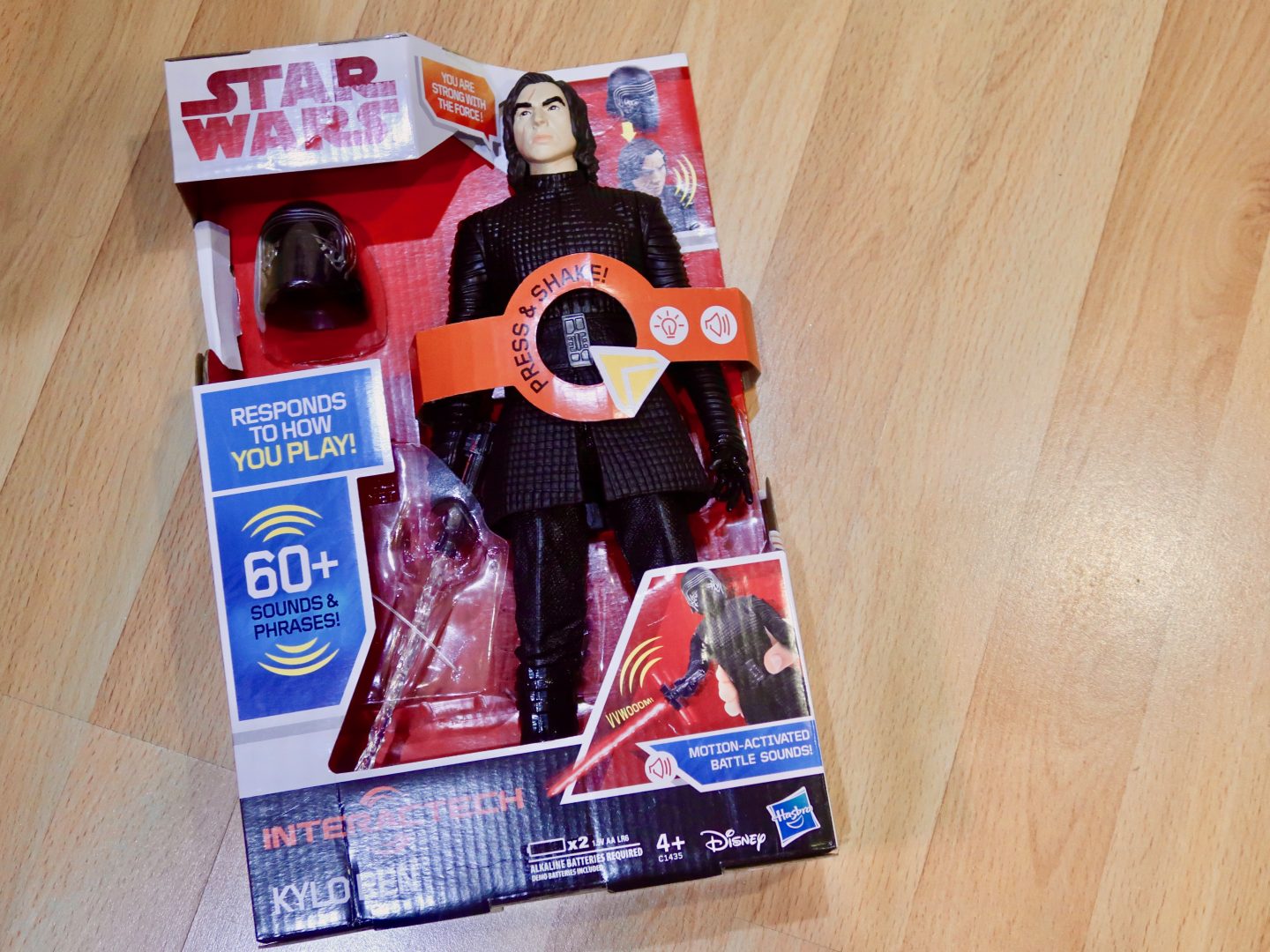 The other toy we were sent to review was the Interactech Kylo Ren Action Figure. Hes a substantial figurine measuring around 12 inches. Coming with a motion sensor, meaning he responds to how Monkey plays with him. He has over 60 different sound effects and phases. We found that by putting his helmet on, or waving his lighsaber it created different sound effects and phases. 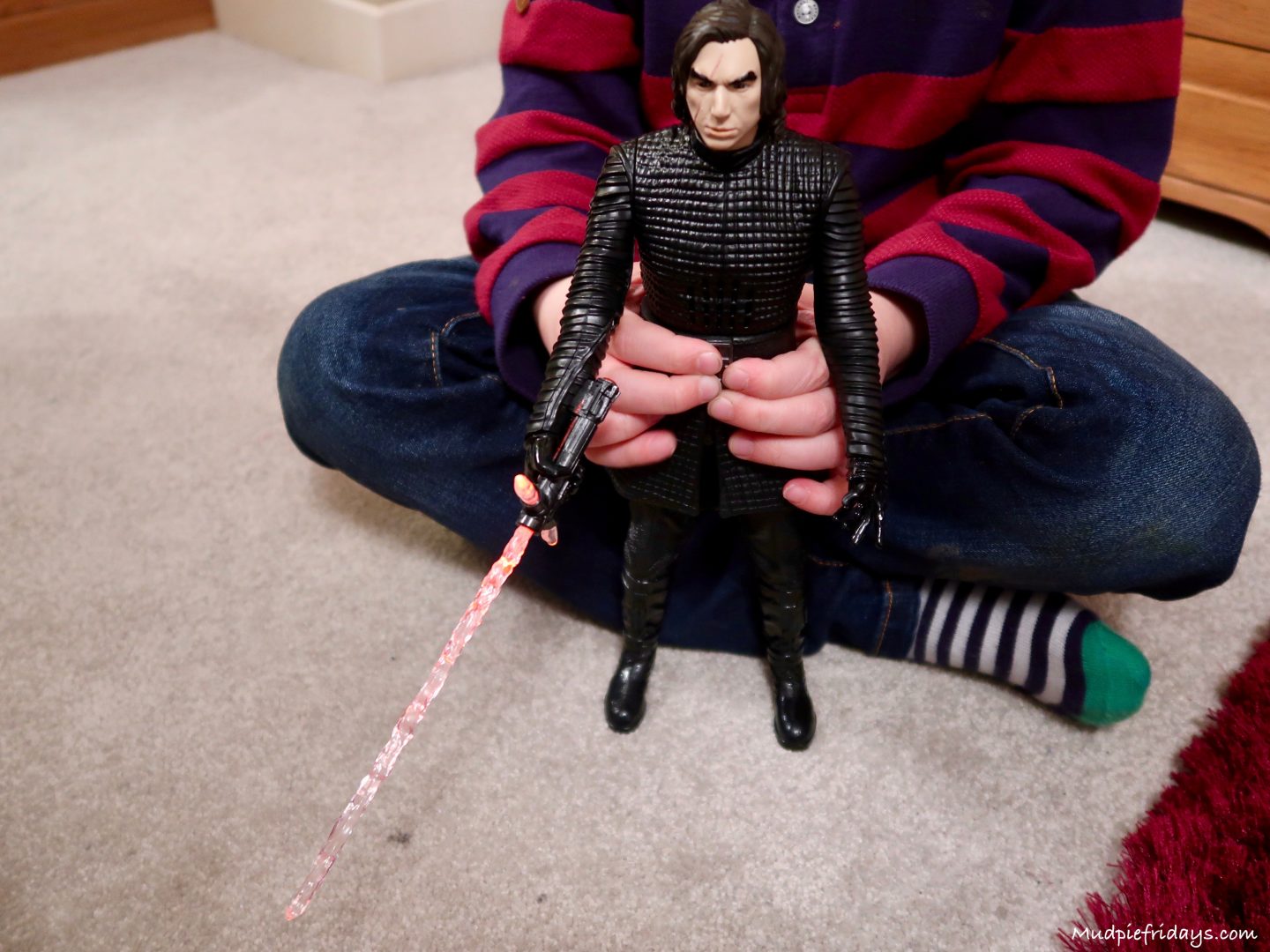 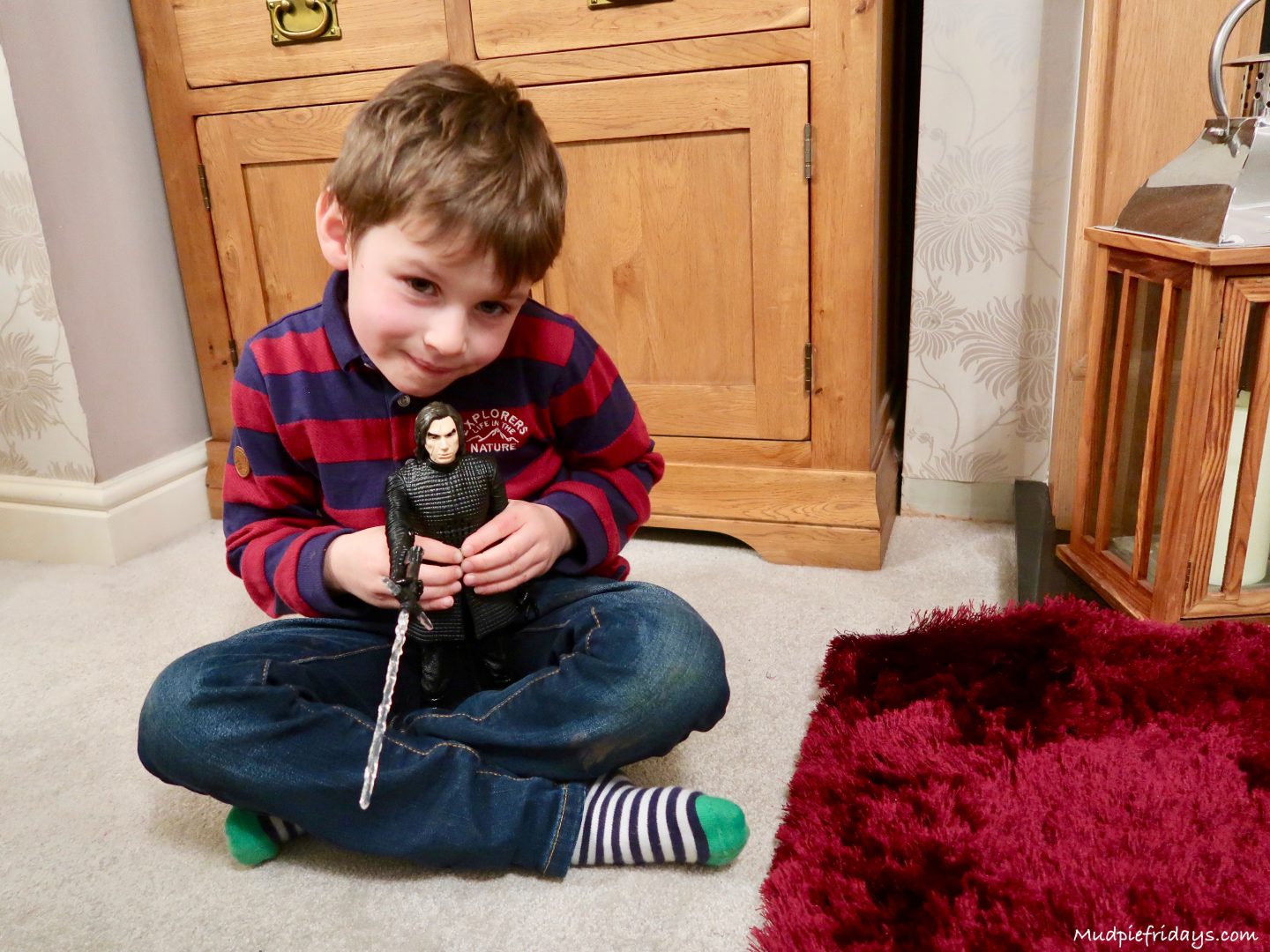 There is also a button on the front under the belt clasp which also treats some of the phases or sounds. On the back there is a switch which allows you to moved between off, demo mode and full action mode. He comes with 2 x AA demo batteries so far these have lasted for as long as we have have been playing with him. 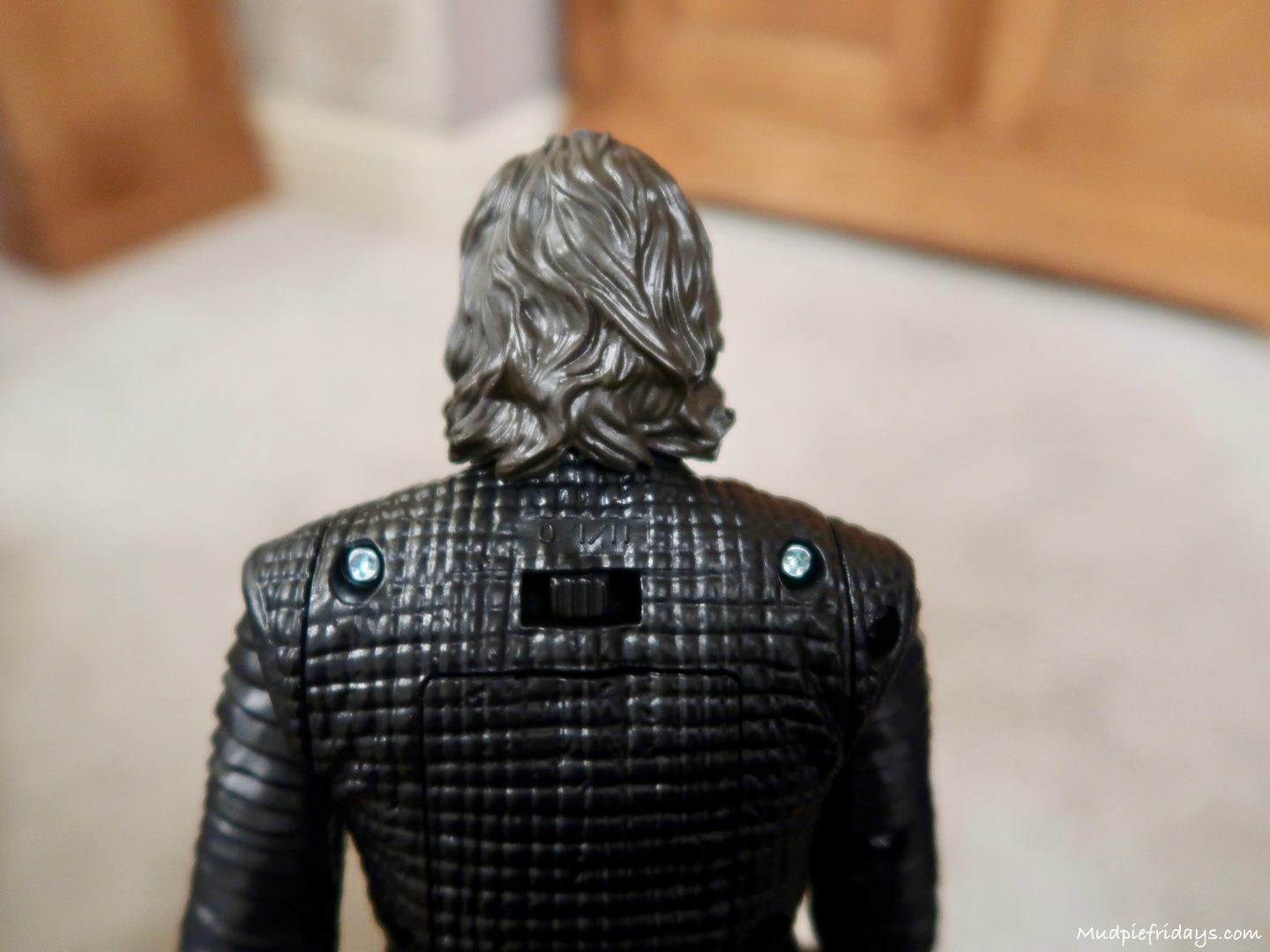 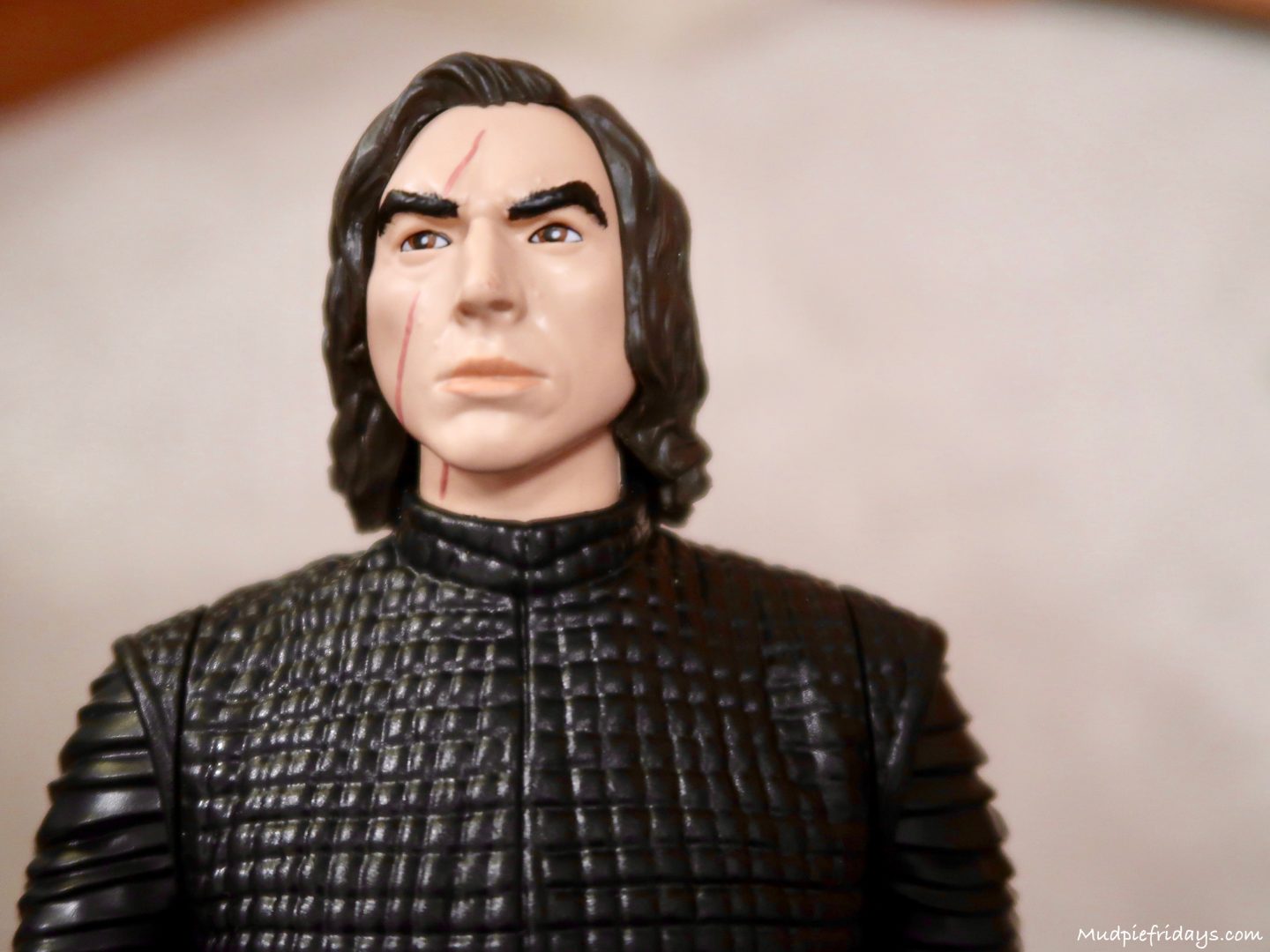 You can buy the Star Wars Interactech Kylo Ren Action Figure from most high street toy retailers, online and from Amazon. 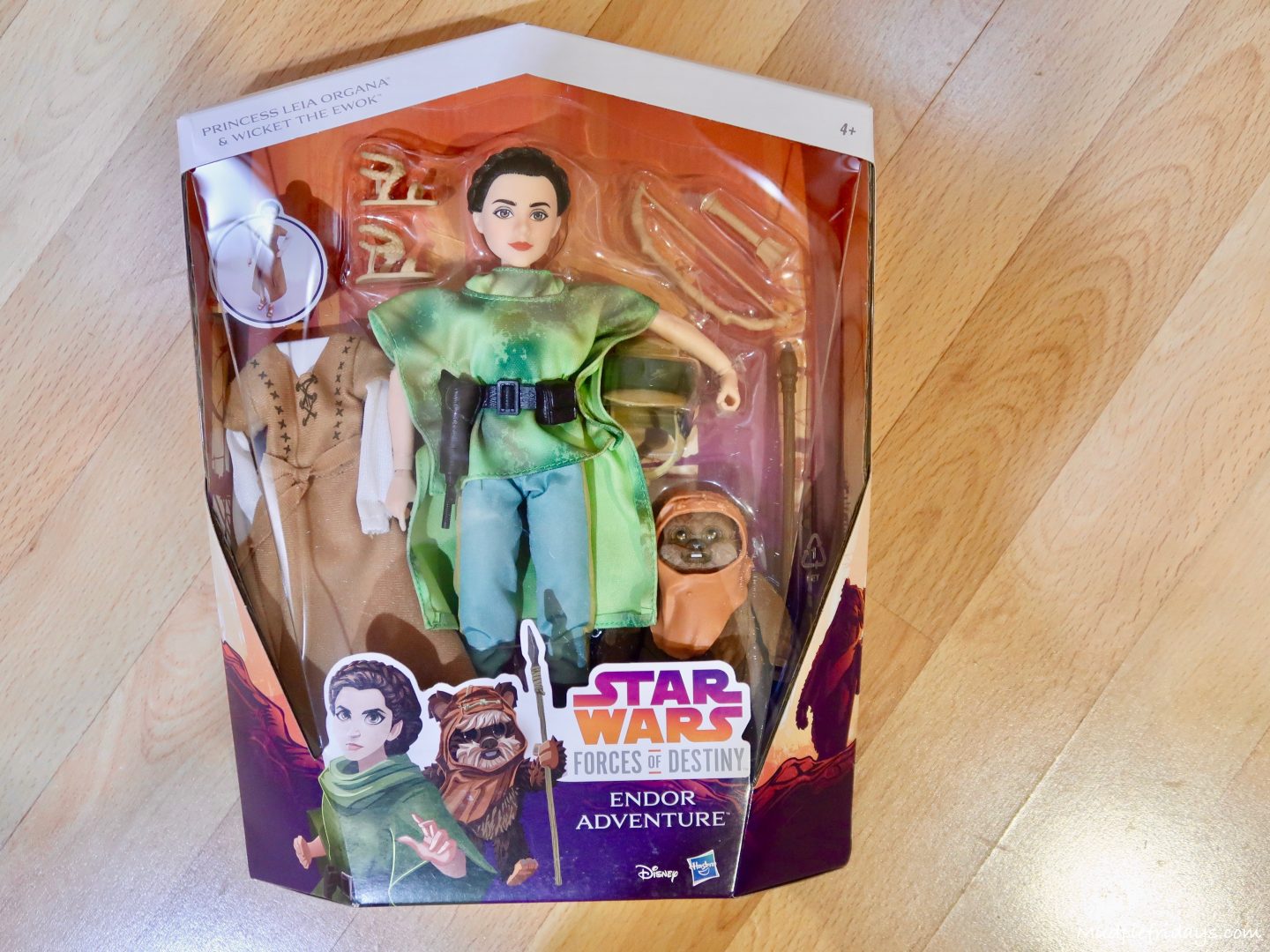 We were also sent a Star Wars Forces of Destiny Endor Adventure figure, aimed at 4+ with an RRP of £39.99. Both Princess Leia who is approx 11 inches and the fuzzy Ewok are fully posable. She also comes with two removable outfits. When it’s time to journey through the deep woods, dress her in her removable poncho, helmet, pants, and boots. Then put her in her dress and shoes for the celebration at the Ewok village. A must for all Star Wars fans we are giving her away to one lucky reader! To enter please use the Gleam application below and note the T&Cs:

We were given for Star Wars Force Link Starter Playset & Interactech Kylo Ren Action Figure for the purpose of this review, all views and opinions are my own. This post includes an Amazon affiliate link this does not affect the price you pay but does mean that I may benefit from a small affiliate payment should you go on to buy this item. 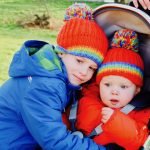 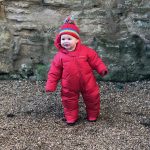