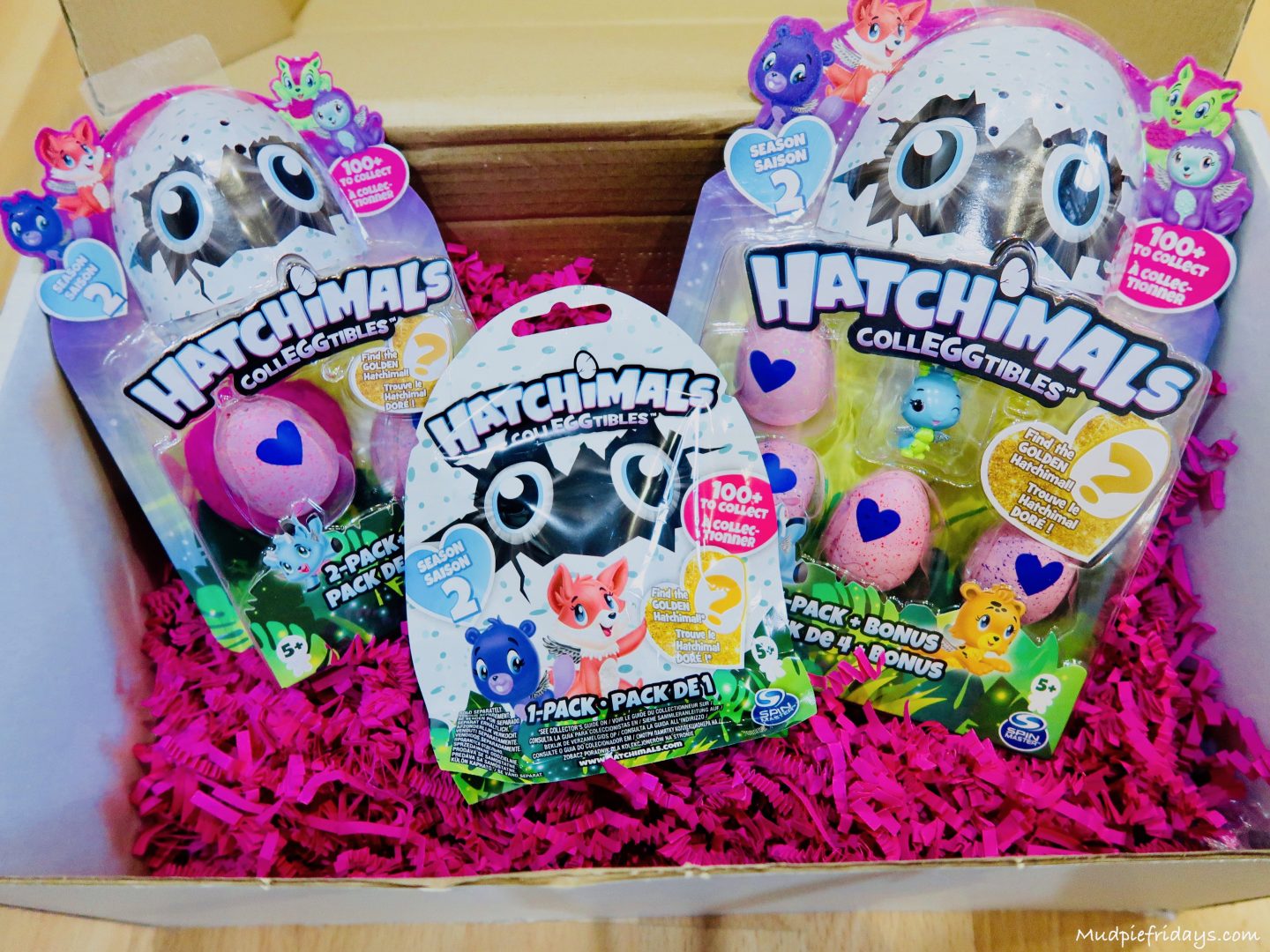 So what exactly are Hatchimals CollEGGtibles

Basically they are little eggs. That hatch into adorably cute, loveable creatures with tiny glittery wings that live in Hatchopia. Just like season one there are eight different families to collect Forest, Farm, Jungle, Garden, River, Savannah, Desert, Ocean. There are also two special edition families Snowflake Shire and Crystal Cannon. Plus a limited edition Magical Meadow family. There is even more fun with season two with a whopping one hundred to collect. 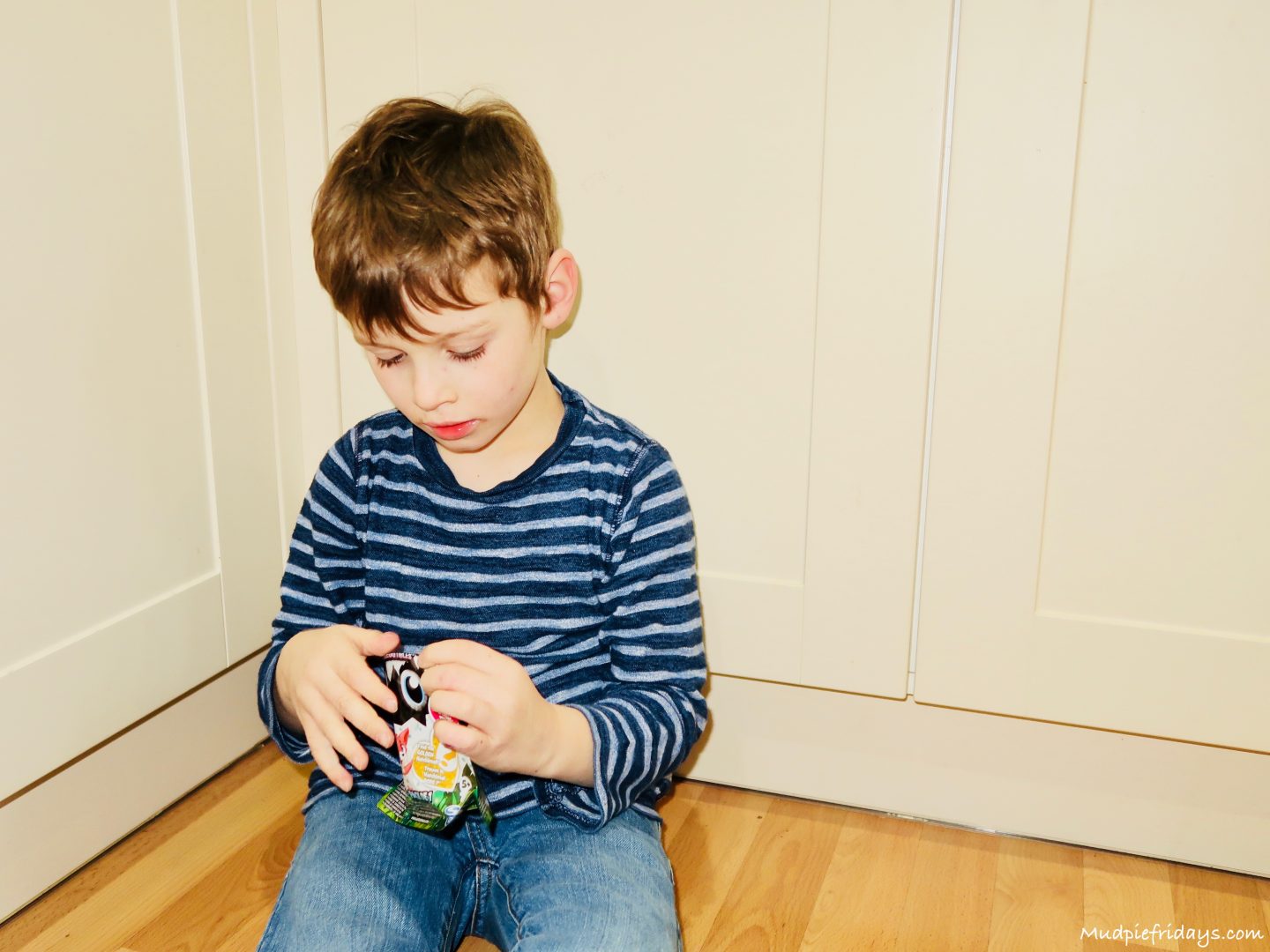 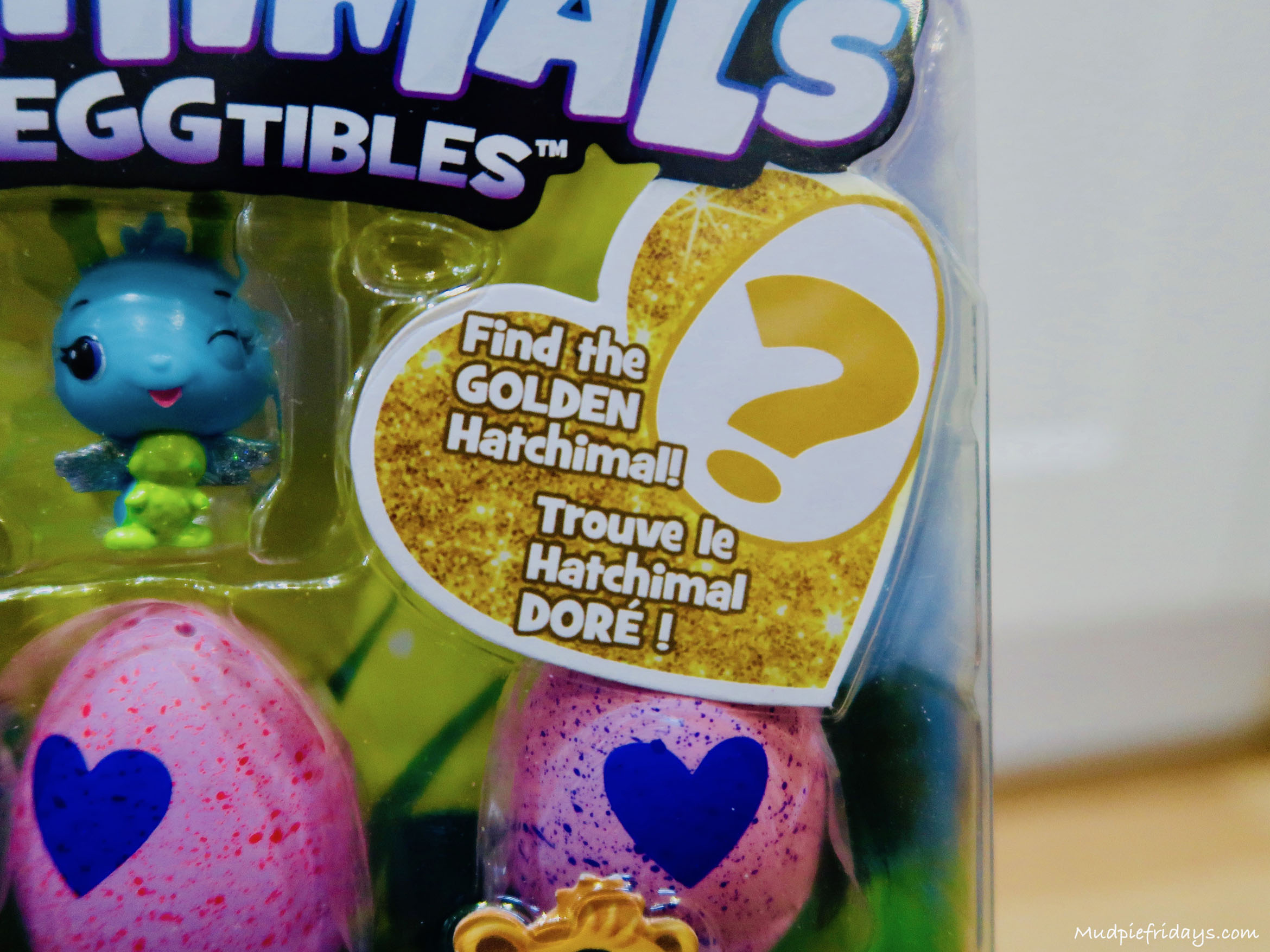 Not only that but there is the chance to find a Golden Hatchimal. To my amazement Monkey was already well aware of the Golden Hatchimal. They are the rarest Hatchimal of them all with only 55 available to find. Hailing from Moonlight Mountain and featuring golden glittery wings and metallic bodies. If you find one you win a special set of 6 golden Hatchimals CollEGGtibles in a glittery carton plus goody bag.
Just like season one they use colour changing technology. Working by rubbing the heart until it turns from purple to pink before cracking them open with your thumb. Once hatched you can match your Hatchimals CollEGGtibles to the collectors list on the back of the map to find out which family it is from.

So how did we get on with our Hatchimals CollEGGtibles

Monkey was so super excited that I really struggled to get him to take it slowly. He opted to open the blind bag first excited to see what coloured speckles he had inside. They were red and belonged to the Farm family. Our first Hatchimal of Season two is ‘Macow’. 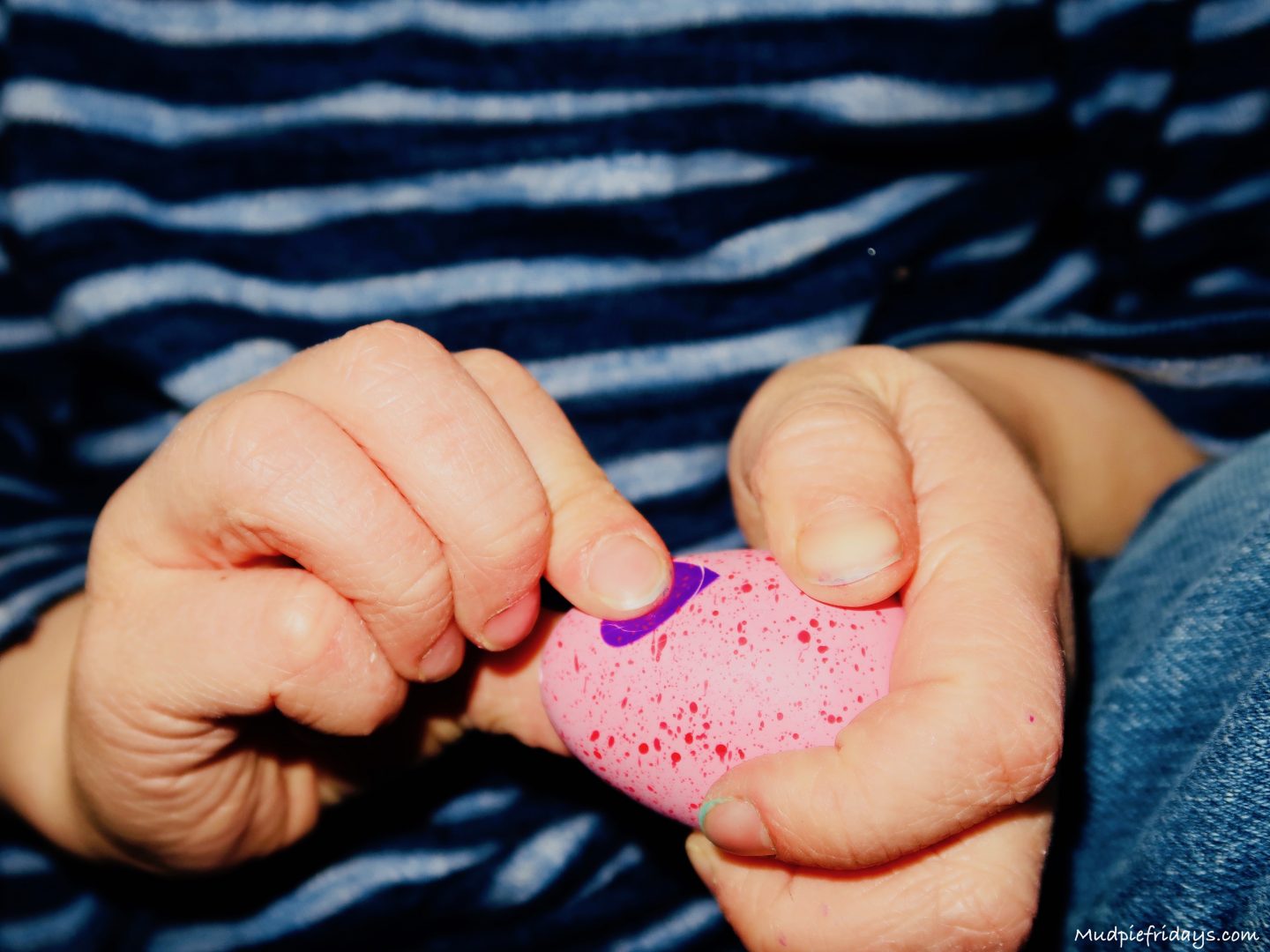 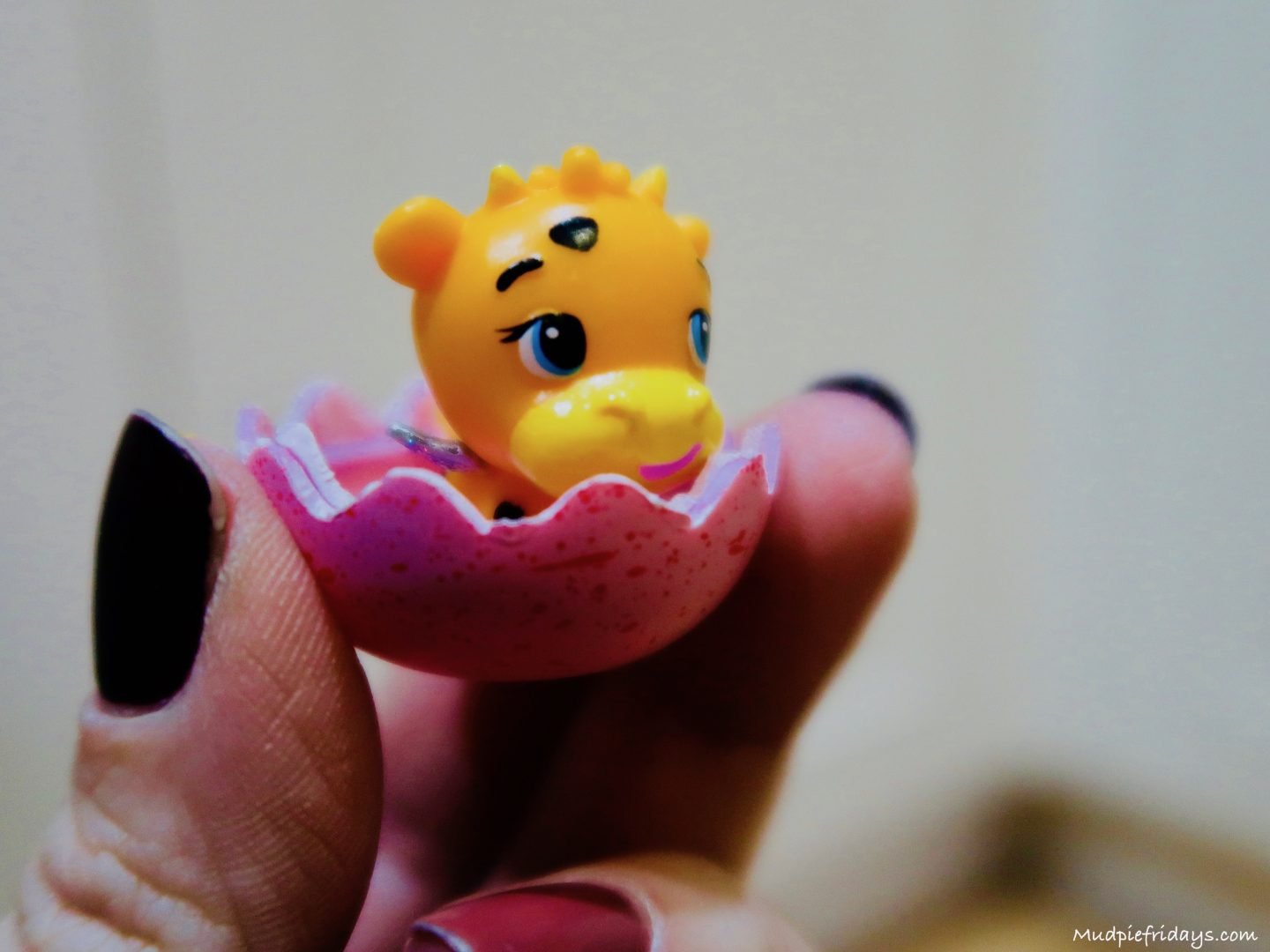 In the Hatchimals CollEGGtibles two pack you also get a little nest which fits the eggs perfectly and a small collectors list. You can download new collectors lists on the website. 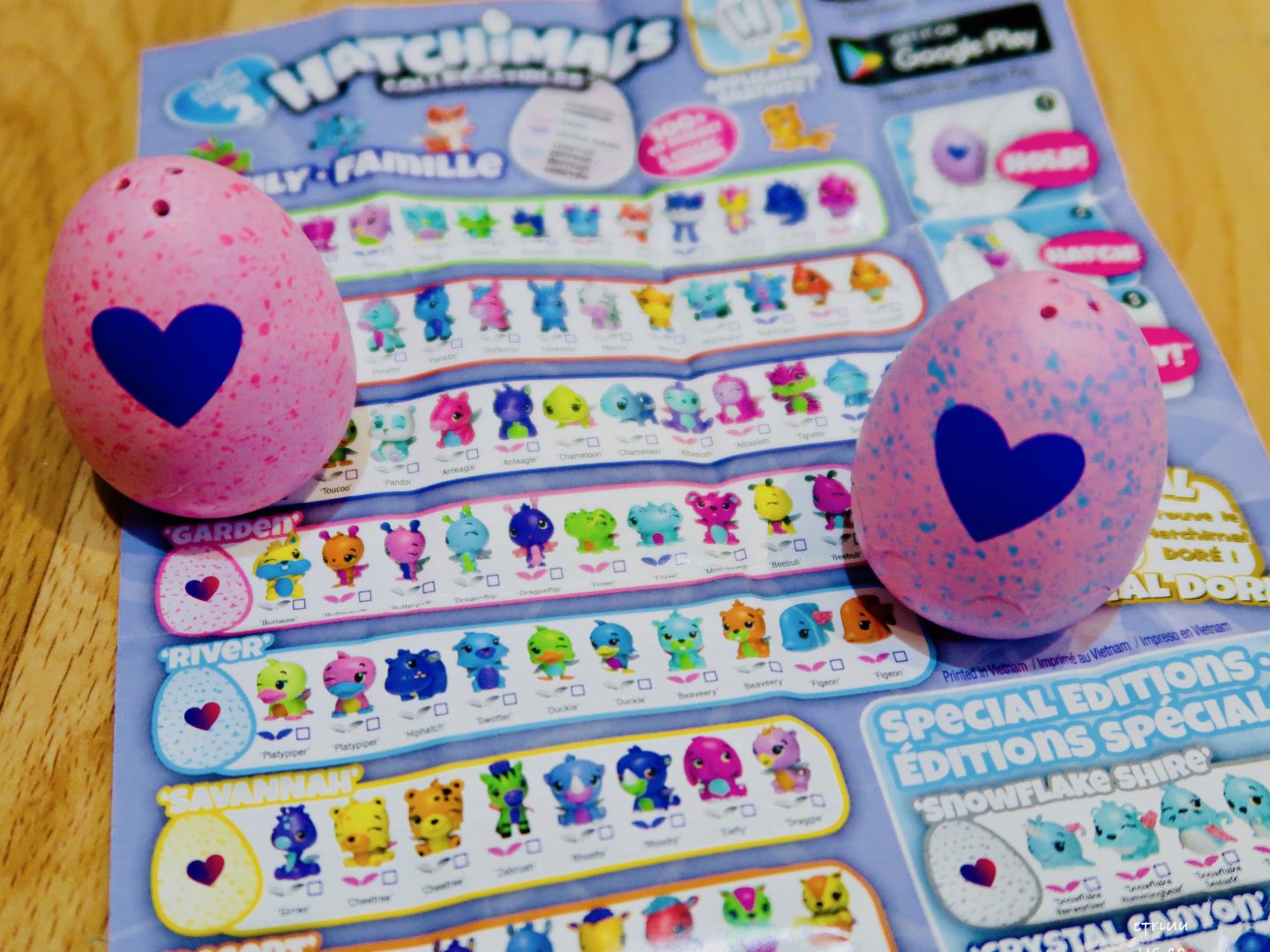 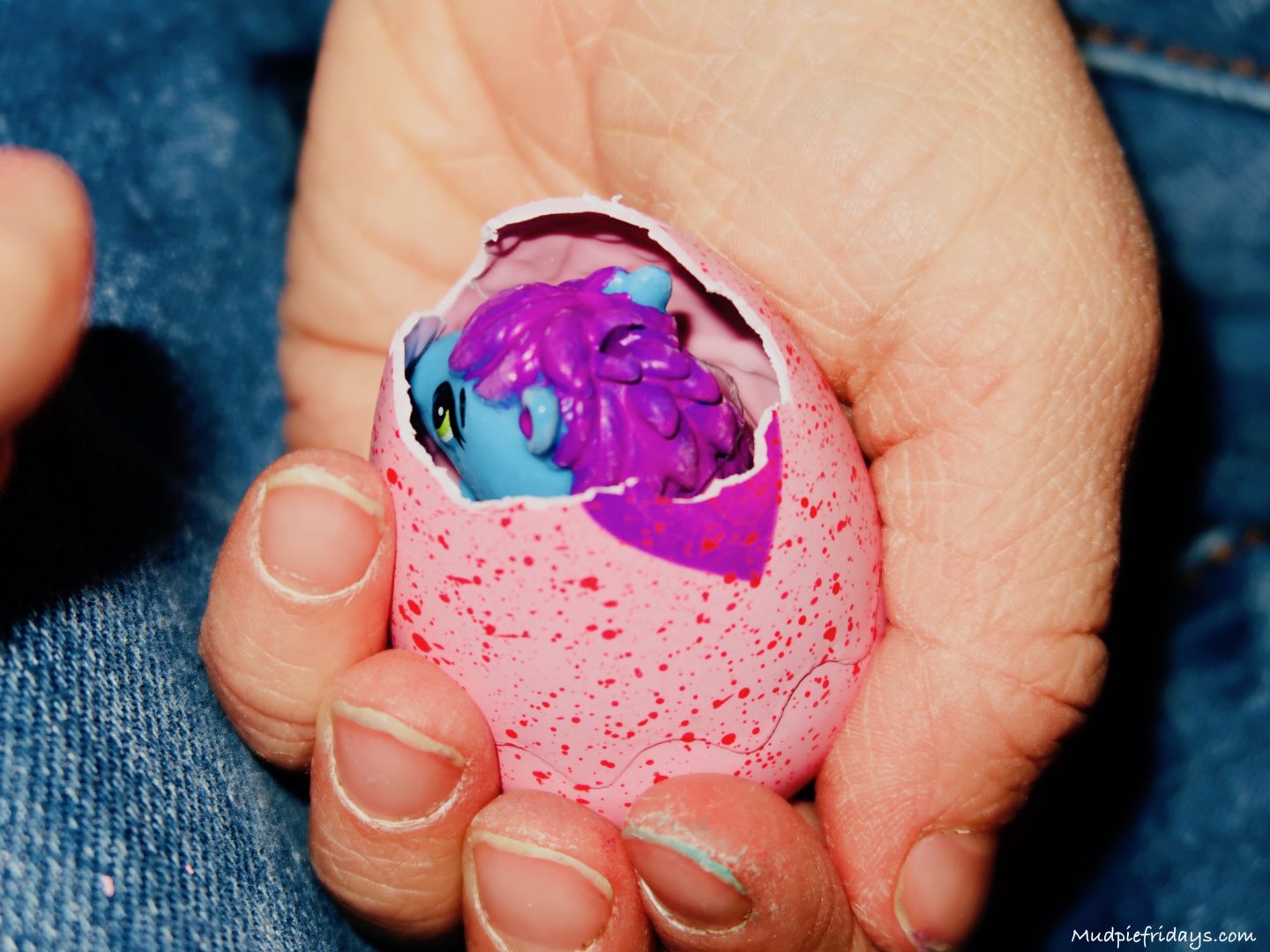 From the two pack, he opted to hatch his other red farm egg first, holding it in his hands and rubbing the heart until it turned pink. Before using both hands to reveal the little character hiding inside. He was so excited it was difficult to catch a photo! Once he had started breaking the egg the rest of it came away easily. 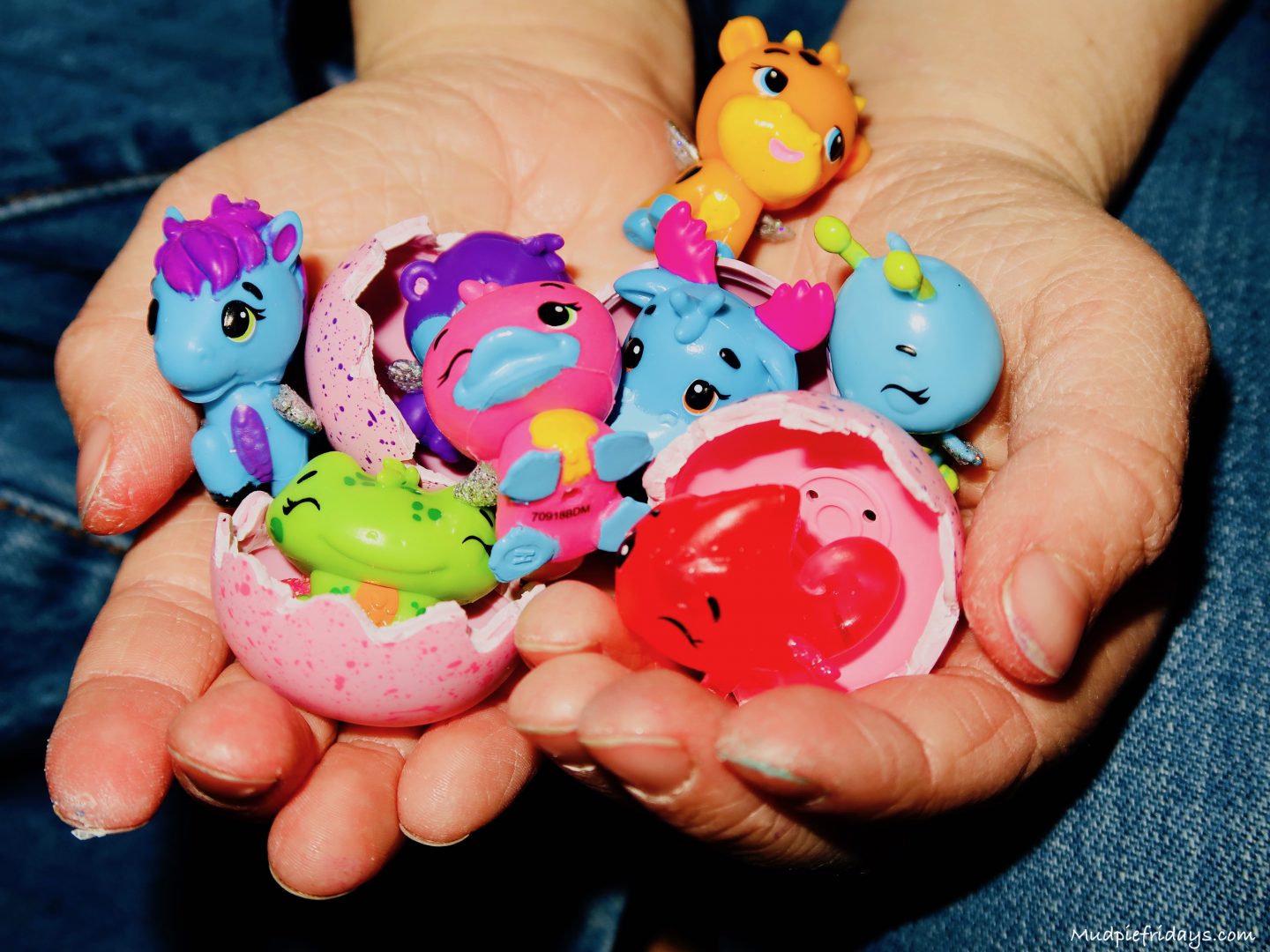 There is a also a four pack, where you can see the colour of the speckles on the eggs it also includes one hatched Hatchimal. Ideal if you are looking to collect a particular family. Needless to say he made short work of hatching the others! They have pride of place on his windowsill and he’s planning on buying some more when they launch. He is desperately hoping to find one of the golden ones too. Until then he has been enjoying playing on the free app which is available both on apple and android. He has been exploring Hatchopia, unhatching virtual CollEGGtibles and playing games. 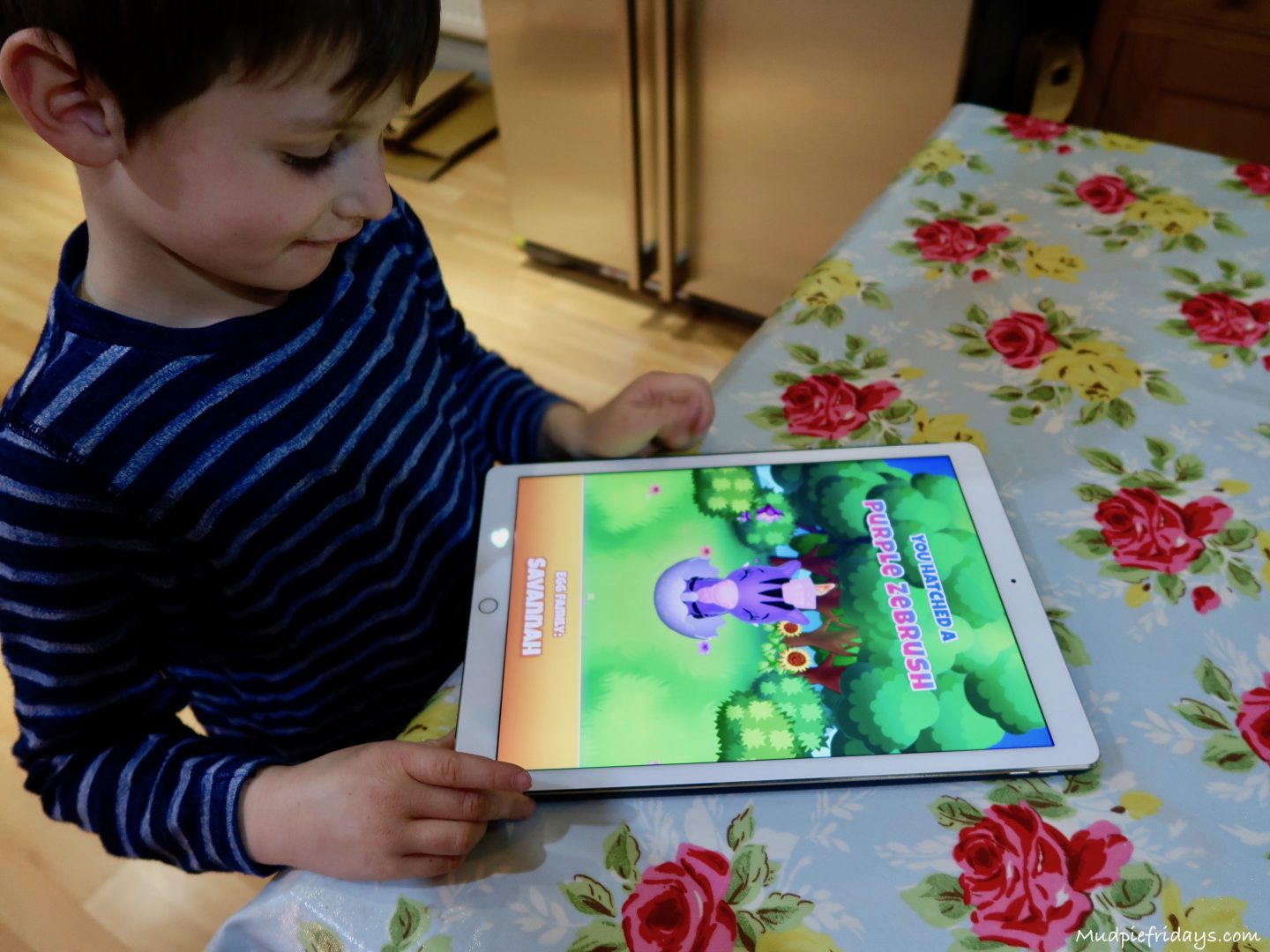 Aimed at ages 5 plus they are available at all major retailers. I can definitely see us getting more of these. Oh and if you wondered … this is the face of a five year old wishing for a golden Hatchimal CollEGGtible: 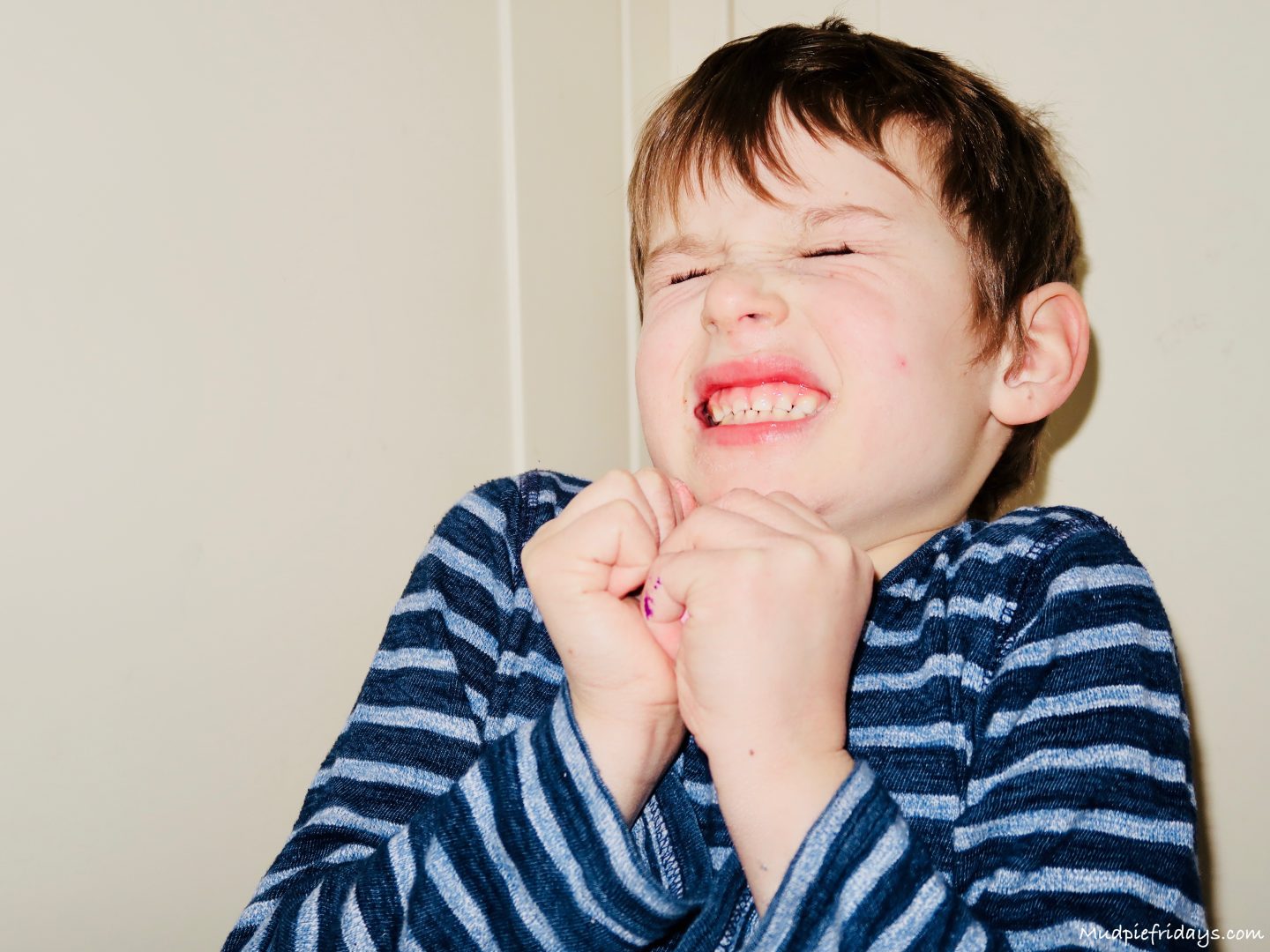 This is a collaborative post with Spin Master we were kindly given some Hatchimals CollEGGtibles Season two for the purpose of this review.