Bigjigs Safari Train Set Review: I am a huge fan of classic toys and you can not get more classic than a wooden railway set. As part of the Bigjigs Play Patrol we have been asked to review their new Safari Train Set which hasn’t hit the shelves yet. Monkey was extra excited by this fact! Although the train set is aimed at three years plus, Kipper was just as interested in it. When we opened the box we found some of the items wrapped individually to protect them during transit. There was also some paper instructions. One page which explained how to put together a waterfall feature. The other which shows some potential layouts. The waterfall needed some screws to hold it together. However we decided not to use the screws so that we could continue to store the set in the box. It still held together without the screws fine for the boys to be able to play with it. Partly because the slots are quite tight so it worked perfectly. The panels included in the waterfall are printed on both sides which I think shows the quality of the set. Monkey followed the instructions to assemble it and managed it almost entirely on his own. Not that it really matters as there is plenty of track and different pieces to be able to make your own designs. The boys have played with the set a lot and each time we end up with something different. Unlike other wooden train sets this one has some lovely ‘safari’ animals to go with it. Kipper has been quite taken with them and we are trying to teach him all the animal noises to go with them. Although we are a little stuck on the noise a giraffe makes! All the pieces are double sided. I think its really clever that the backs of the characters are their actual backs. Because the waterfall is raised it gives some extra height, Kipper loves watching the train come crashing down. There is also a bridge and a crossing for the car complete with its own animal sign. 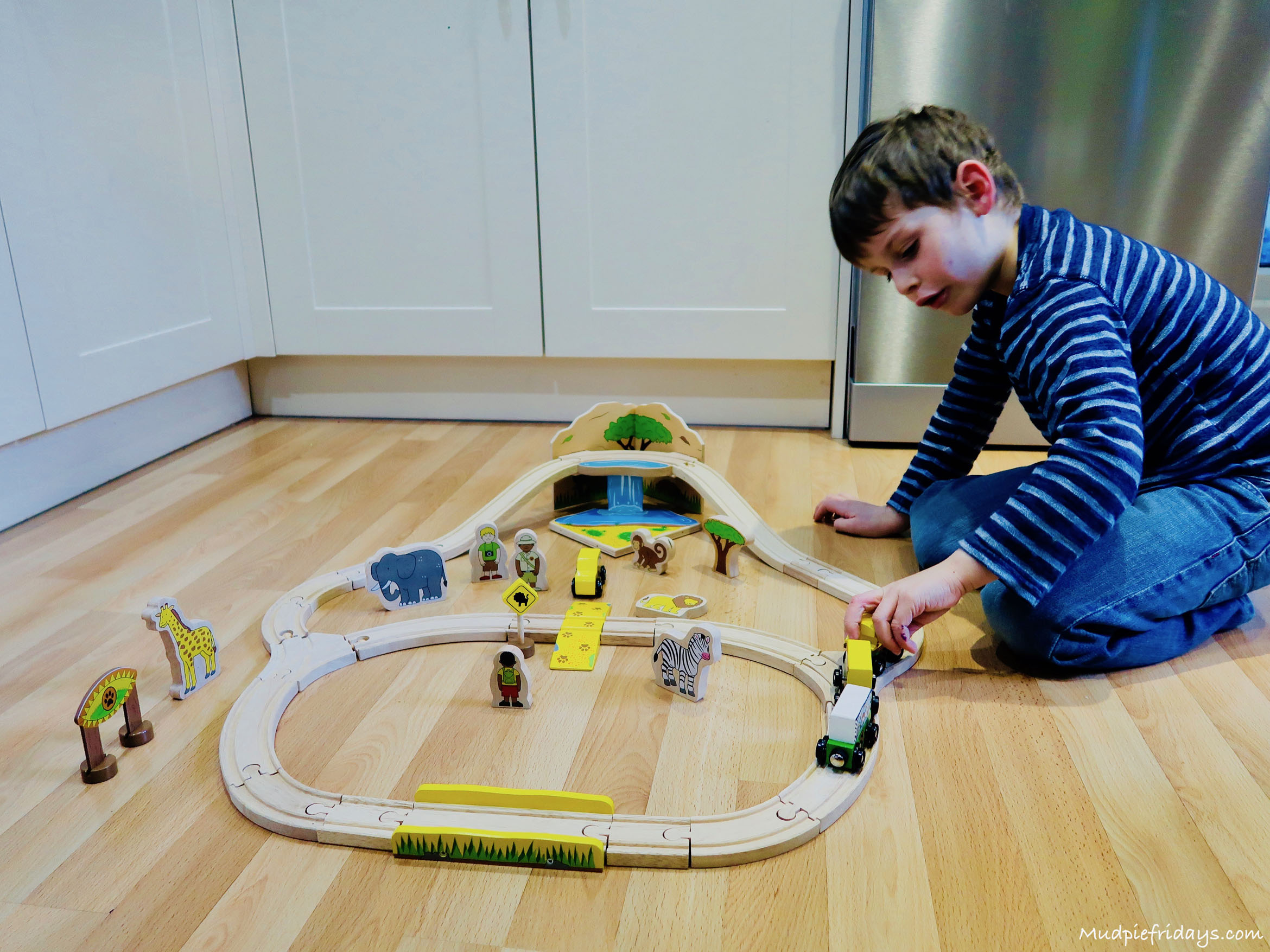 I was pleased to see that the set included both a car and a train with two carriages. This means that there was plenty of vehicles for the boys to share. The car fits on the track just as well as the train which meant that Kipper was more than happy when the boys were playing together. The Safari Train Set has gone down really well with the boys you can buy your own online from Amazon for £43.99. I know it has because they will get it out on their own and play with it. We will definitely be looking to expand our wooden train set in the future.

We were given the Safari Train Set for the purpose of this review all opinions are our own.