West Sussex Poppies – Even before I fell in love with instagram (although I am not loving it much at the moment). I use to try and take a picture of Monkey in the bluebells, rape seed fields, poppy fields and lavender each year. Since becoming a blogger I have also learnt about the confetti fields which we visited for the first time last year. However try as I might I never managed all four flower pictures in one year. Normally because of the elusive poppies. Sometimes I would see a field of red while driving across the Sussex Downs but never quite manage to figure out how to reach it. Or if I did find it, there would be nowhere safe to park. In fact the last time I tried to get a photo in the poppies was the year Kipper was born. I struggled up the side of the downs with a new born, my camera equipment and a four ballon. Only to discover when I got home that I had forgotten to put the memory card in the camera.

The Friday before we headed to Canada for my brothers wedding I decided I was going to find one. I told the husband of my plans and he told me about one which had made the local news. Based on the outskirts of Arundel near Houghton. So Kipper and I set off. Initially I thought I had driven straight past it but as I came up to a round about peaking through the trees were lots of little red flowers. Thankfully there was a safe place to park just past the round about.

The only slightly hairy part was when we needed to cross road to the field itself. I think we may have missed the best of it as there was a lot of drying seed heads. Particularly up by the footpath. However the bottom righthand corner was still a riot of red. Perhaps because it was the most shaded during the day. I managed to convince Kipper to pose for some photos. Although it was very hot so I am pleased with what we did manage to capture.

Part of the problem with poppy fields is that they rarely appear in the same place twice. However because these poppies were not planted with any other crop. I am hopeful that they will be there again next year. I will be keeping an eye out from mid June onwards in a hope of catching them in full bloom with both boys. 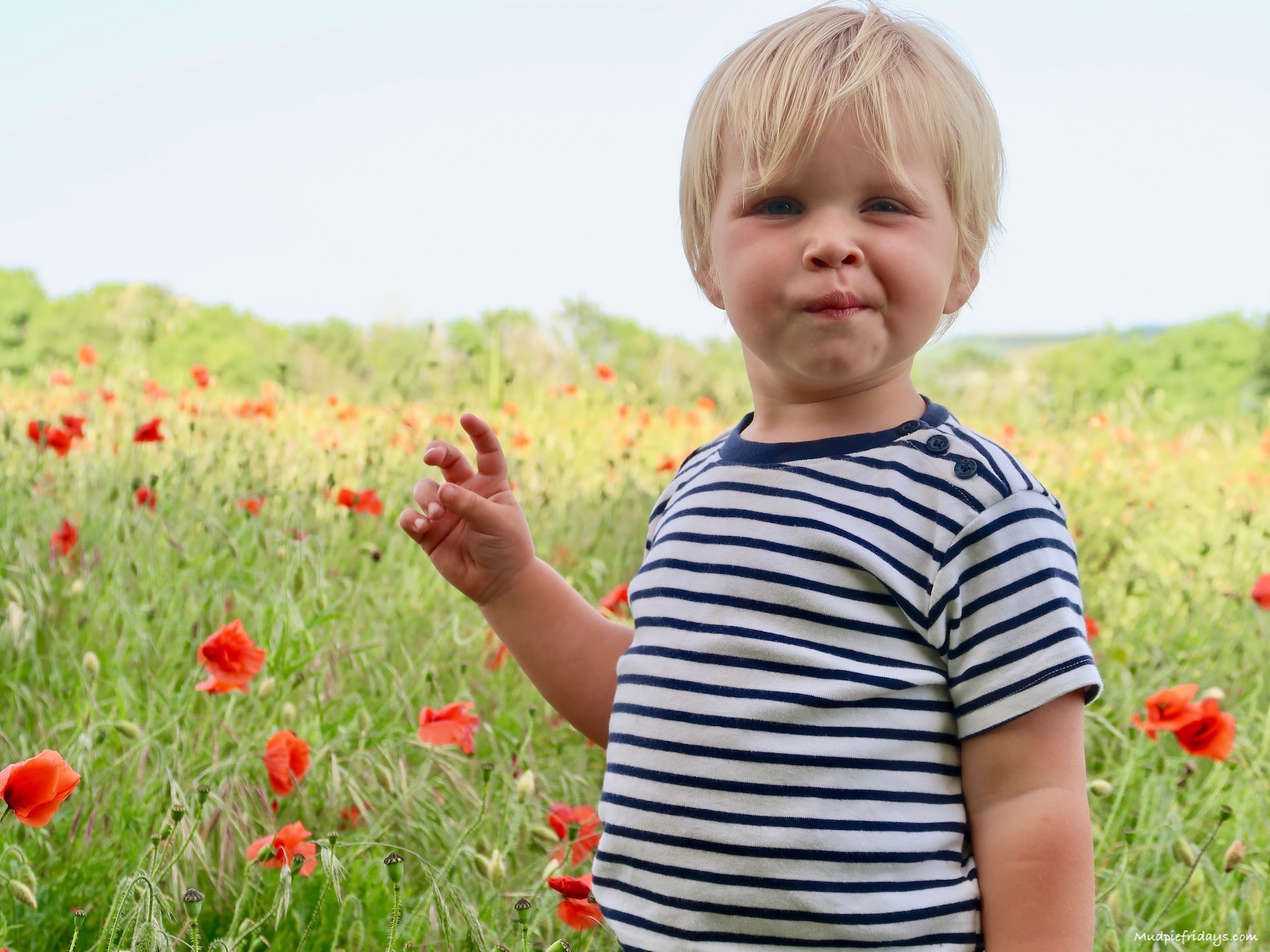 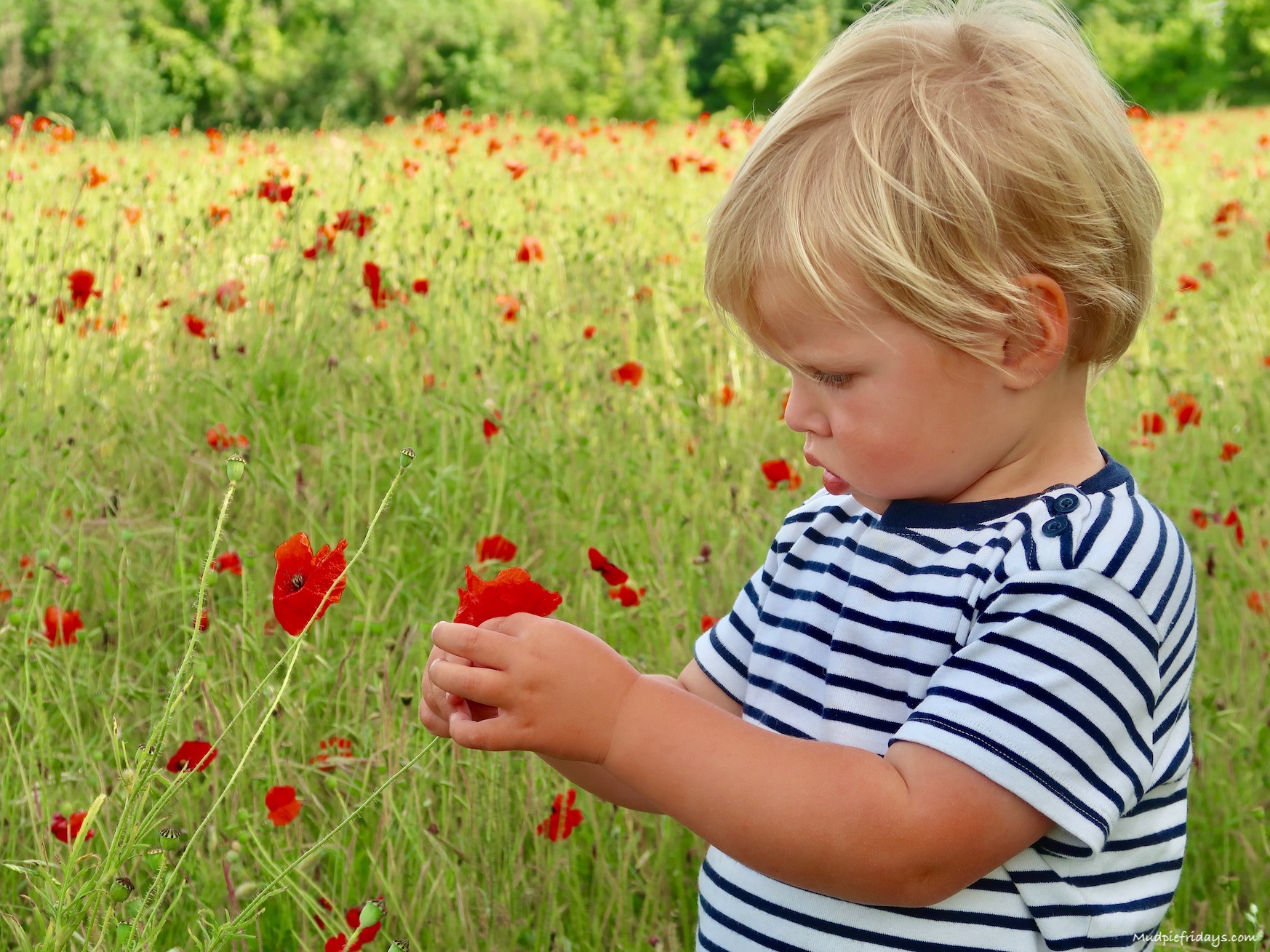 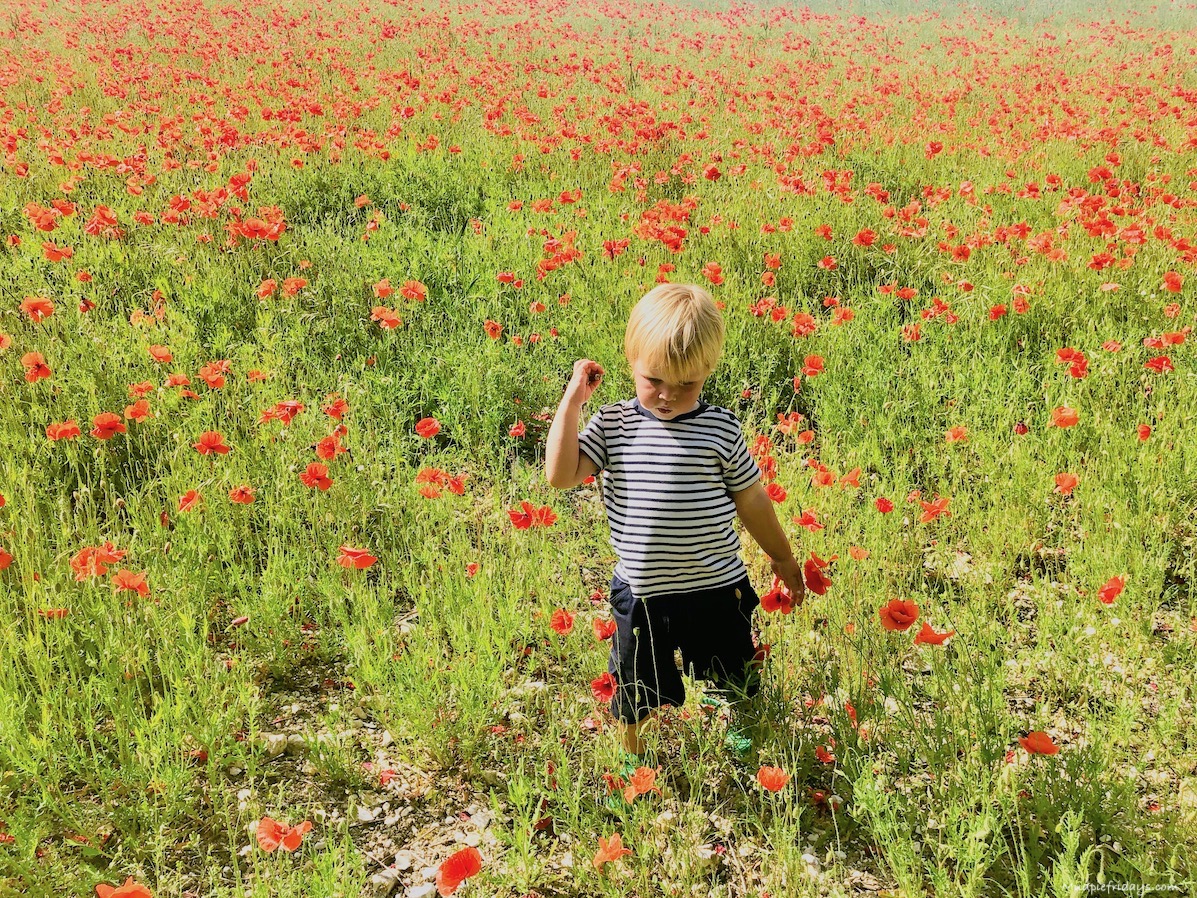 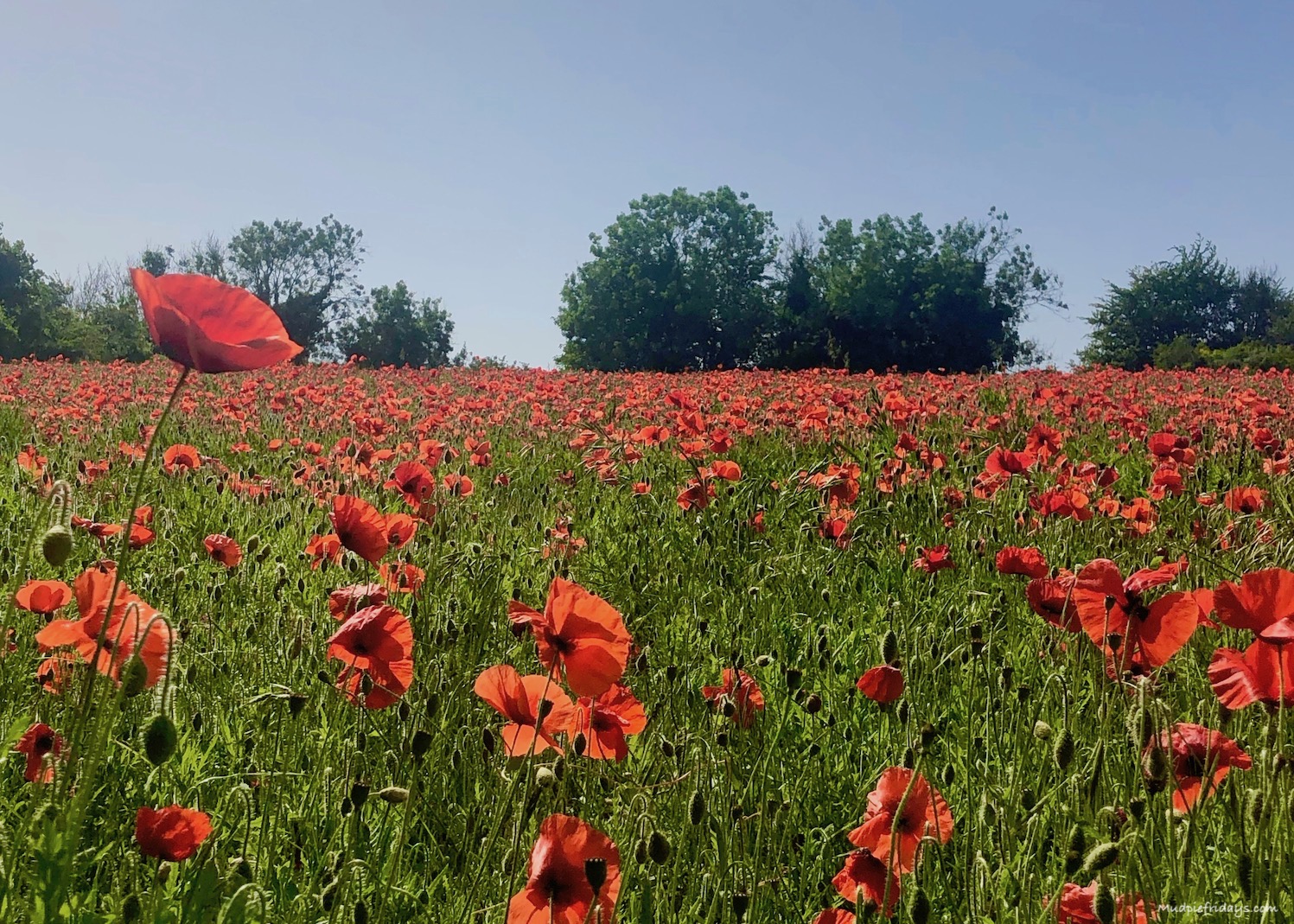 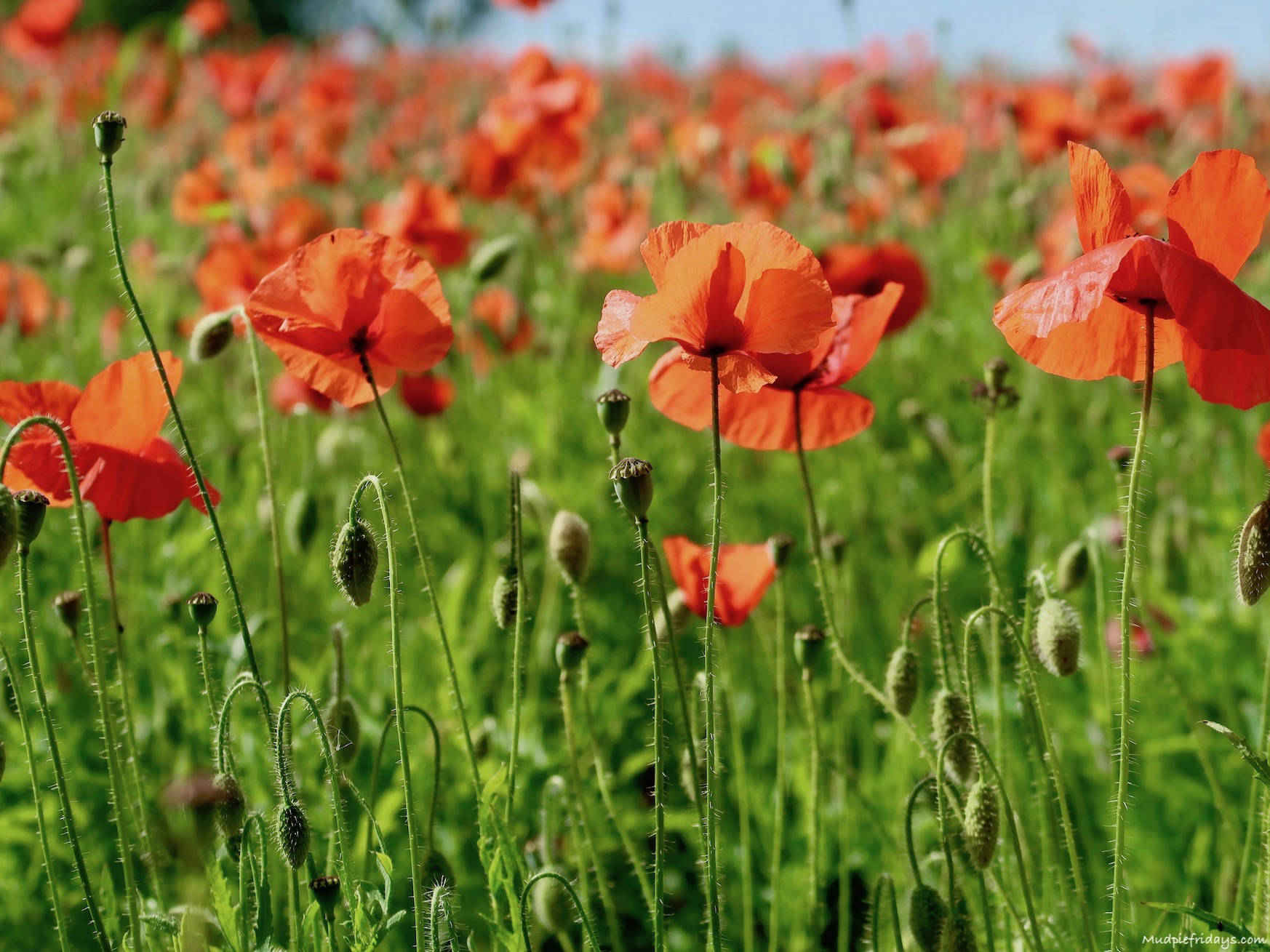 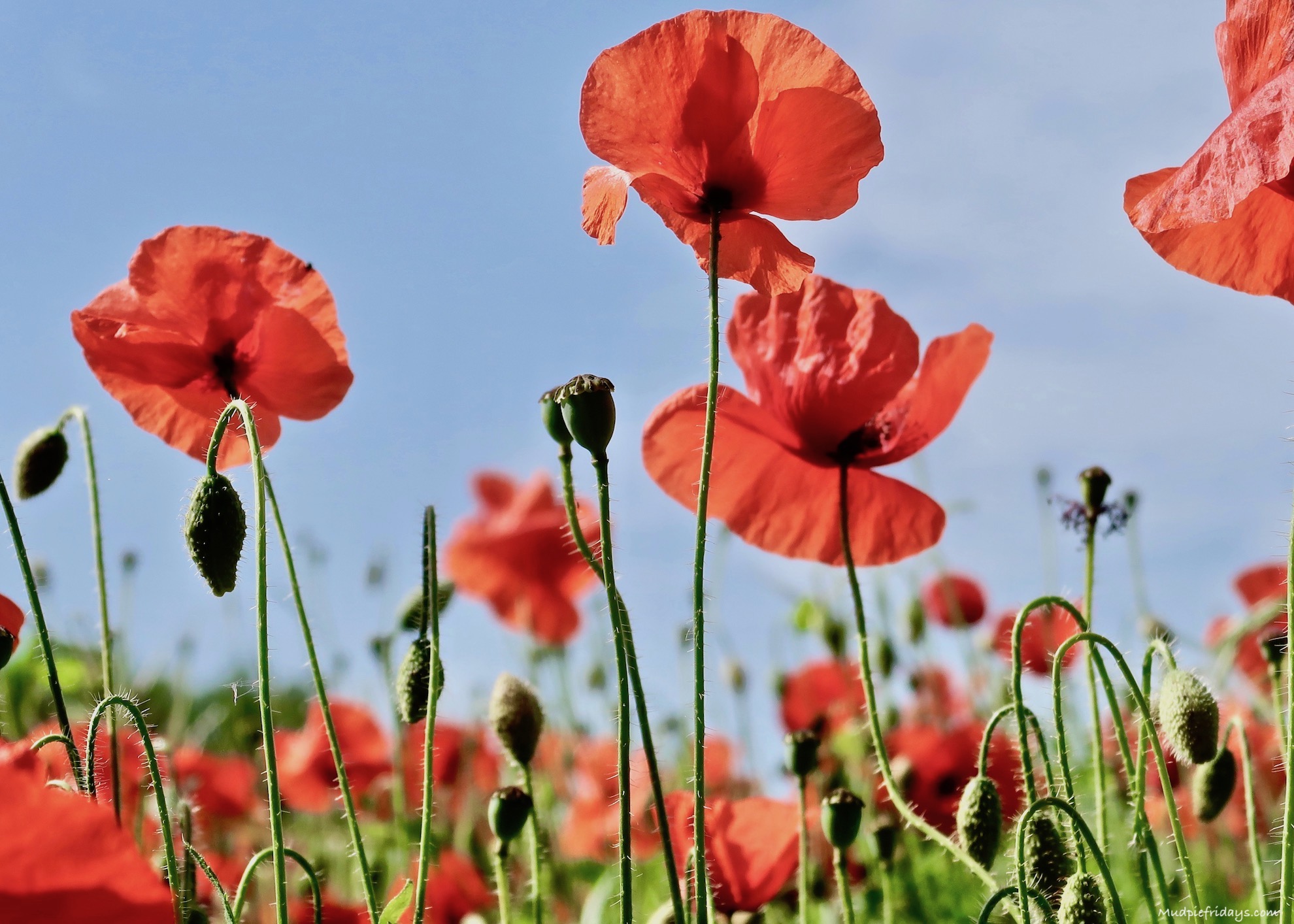 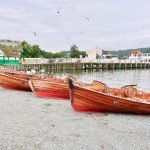 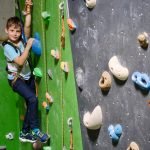