How to get to Le Mont Saint Michel – So initially I thought this would be a post in my Picture Postcard series. However when googling how to get to le Mont Saint Michel I really struggled to get an answer to a basic question. Can you get there if the tide is in? It took a while searching trip advisor and forums to get the answer – YES. We travelled in August 2019. The tidal forecast was high but that didn’t stop us. This post should give you everything you need, but please feel free to ask questions in the comments below. The first glimpse across the fields to Le Mont Saint Michel reminds me of looking at a fairytale castle in a book. Rising majestically out of the blue its really breath taking. Dotted along the roads on the way in are numerous cars and camper vans with their owners taking photos. If you set the sat nav up to its location as you approach you will see signs directing you to the buses. Parking all day costs 14€ but there is no fee to get onto the Island itself. We arrived around 11am and there was still plenty of parking.

They operate free shuttle buses from the car park to the island. It is not possible to drive down to the island without prior arrangement. The buses go really frequently which is just as well as I get the impression that its is always busy. We waited about ten minutes to get on a bus they remind me of airport buses with very limited seating. Its only a short journey so this is not really an issue. We caught the bus down but walked back. There is a large wooden path that runs along one side of the bridge. I would recommend the walk because it allows you to get some great photos and its much more pleasant than being squeezed into a bus. With two kids in tow it took us about half an hour to walk back. But there was a lot of photo stopping and general larking about by the boys.

The bus drops you a little walk from the entrance. Walking inside is like taking a trip back in time to the medieval ages. With its narrow streets, souvenir shops and tall buildings it reminded me of San Gimignano in Italy. We opted to head up and around the walls of the outside of the island first which in hindsight may have been the wrong thing to do. As by the time we worked our way to the Abbey the queue was so long that it was half way down the steps. With two young boys there was no way they would stand nicely waiting to go in so we opted to just to continue to explore. There is so much to look at with the grey roof tops standing out against the blue of the sea. 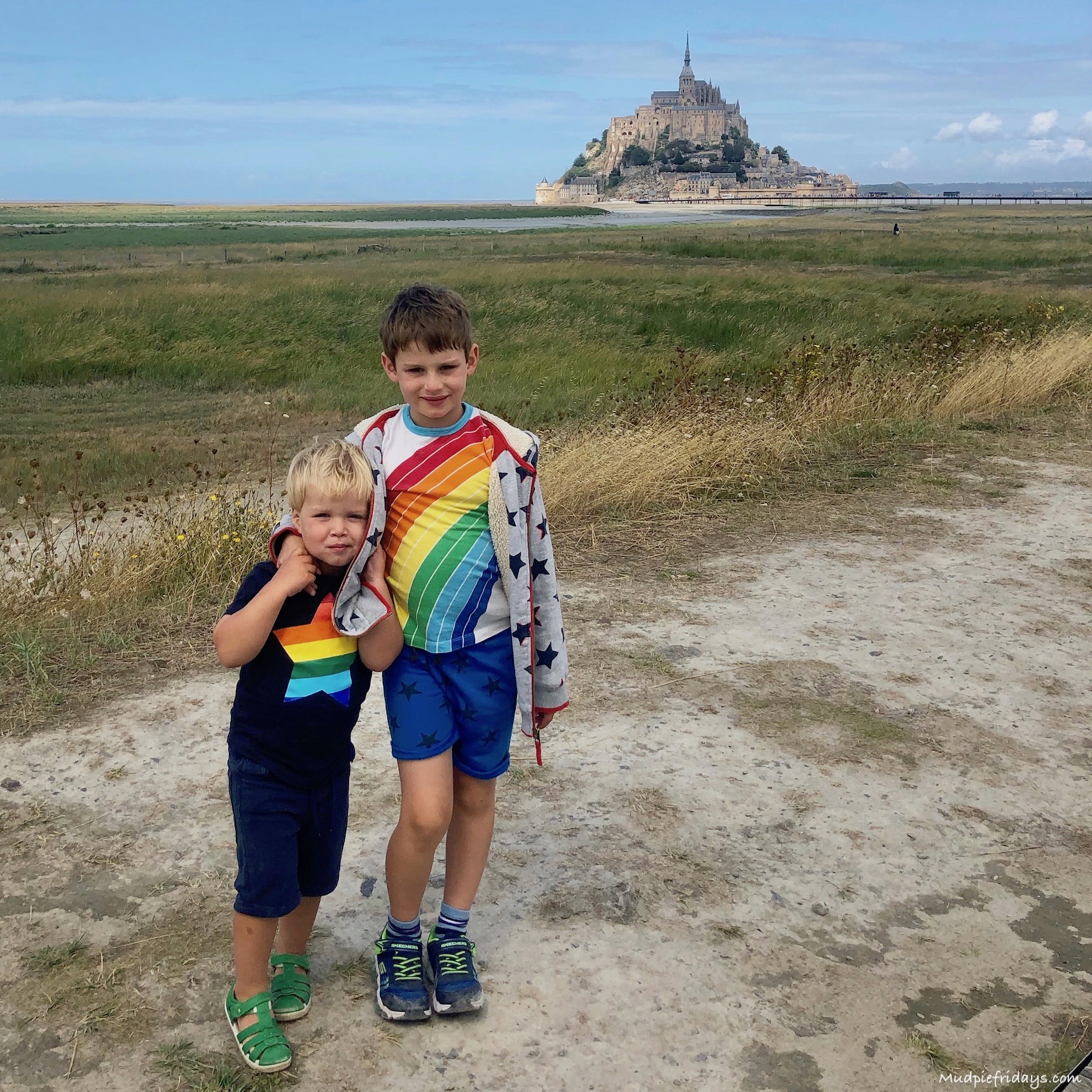 If you want to see the Abbey (we hope to return to do this) then head straight up the narrow shop laden path as you enter the walled city. This will bring you to the courtyard at the base of the Abbey. You will be able to see signs from here. Around the outside wall of the city there are many restaurants with sea views. Food is not badly priced considering where it is and the views make it worth a little bit more. 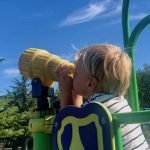 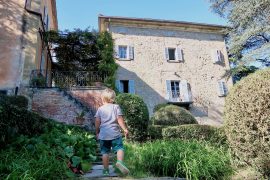