I had every intention of not combing the last two weeks into one post but its been such a busy couple of weeks and I am determined to see this through to the end of the year.

Feeling a little groggy after a Christmas Day out last week, we got up early to get the train into London for our last overnight stay of the year. To be honest everything was against us, the carpark was shut, when we arrived the lady in the ticket office gave us the wrong tickets. And then when they got them changed they over charged us. For this reason we missed the train we were planning on getting arriving at Victoria later than planned. Thankfully we still had time to drop the bag and grab a cab to the theatre. To watch The Snowman. A lovely festive start to our Christmas celebrations. Covent Garden was all done up beautifully and we found a restaurant just round the corner for lunch. Before heading to Somerset house to go ice skating. I had booked it ages ago and managed to get the right time of day just as the light was disappearing. Kipper refused to even try the ice so it was just Monkey and Hubby in the end. We walked back via the Leicester Square Christmas market. 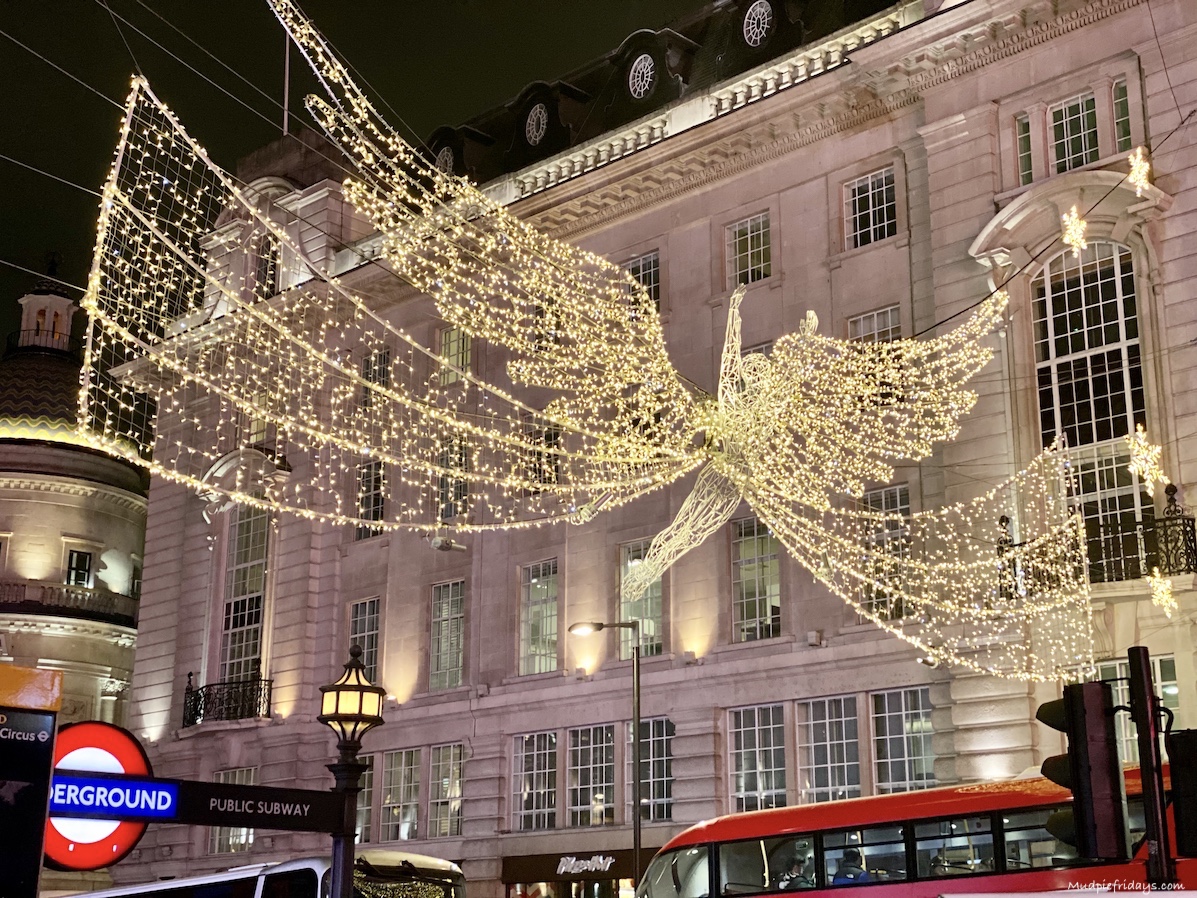 We had a press visit today to the London Transport Museum. I am still a little bit amazed by the fact that I did not know that it existed. It was perfect for the boys. Although Kipper was not a fan of the Father Christmas that was walking around. It does not bode well for our Christmas Eve trip. We spent most of the day there before heading back to the hotel to pick up the bag and catch the train. Back to work although I am very much on count down making sure everything is in place for next year. The elves brought the boys some Christmas bedding. Monkey loved it. Kipper wanted it removed and his old set put back on. I managed to convince him to leave it as it was and its stayed since. He is just a kid that doesn’t like change I think? Another day at work. So I only have an elf photo to share – they got into my advent calendar… This was the first day of me popping into to see clients to wish them a merry Christmas. It is something I try to do each year but does mean I am on the road solidly so I try to split it up a bit. I went straight to my hair appointment in the evening and took this photo there. The elves laid out chocolate tree decorations which I think may have already been eaten! Polling Day. I tend to go early morning and my husband will go after work or in the evening. This time I took Monkey with me so that he can understand the process. I think it is really important to educate them while they are young just how important that vote can be. We stayed up and watched the exit polls and some of the votes coming in. I needed to do some Christmas shopping so decided to combine it with taking Kipper to see the Reindeer at Garson’s farm. Looking back over the blog it is something I did with Monkey when he was the same age! My mum came too and we had cake and tea in the coffee shop. Kipper fell in love with a black helicopter they had put out for the kids to play with…. think it may end up under the tree this year. After school we went and painted some ceramic decorations. It is a little tradition we started 7 years ago with those first hand print and foot print baubles. Kipper was not that engaged! But Monkey enjoyed it. No adventures this weekend, instead we are trying to get on top of Christmas. I had promised Monkey a trip to the garden centre so he could buy a couple of new decorations for his tree with his pocket money. We got there as it opened. He didn’t buy much a sparkly snowflake, two plastic icicles and some gold beads. The rest of the day was spent decluttering his room. I managed to get rid of two black bin liners of stuff. Although I do think there is probably another couple in there. After we put the boys trees up. They both have a little fake tree each with multi coloured lights and decorations.

Another trip to the garden centre although this time it was to see Grandpa and Grandma. We exchanged gifts and had breakfast. Unfortunately the weather was not good enough to play in the little park they have. The rest of the afternoon was meant to be starting the Christmas clean. Only when we got home we realised that the Christmas Tree base was leaking. So by the time we got a new one and sorted it out neither of us could be bothered to do anything. So we watched some Christmas films with the boys and wrote our letters to Father Christmas before sending them up the chimney. Last week of work… it feels like the end of this week is a long way off. All of us need a break. This term feels very long for the boys. On the road all day again seeing clients. Only just made it back in time for pick up, as the Husband was in Amsterdam for the day for work. He came home with some caramel biscuits which have been a big hit with the boys. Monkey had his Christmas nativity today. There were four classes which meant a lot of kids on stage, he had a few lines as a Shepard and looked pretty pleased with himself. Although bored through most of the songs!! In the evening I went back into London for our works Christmas party. It was a good night with too much alcohol consumed, why we thought going to a bar after the party had finished I am not sure… think we managed to make it into bed around 3. Might be a bit old for that now. 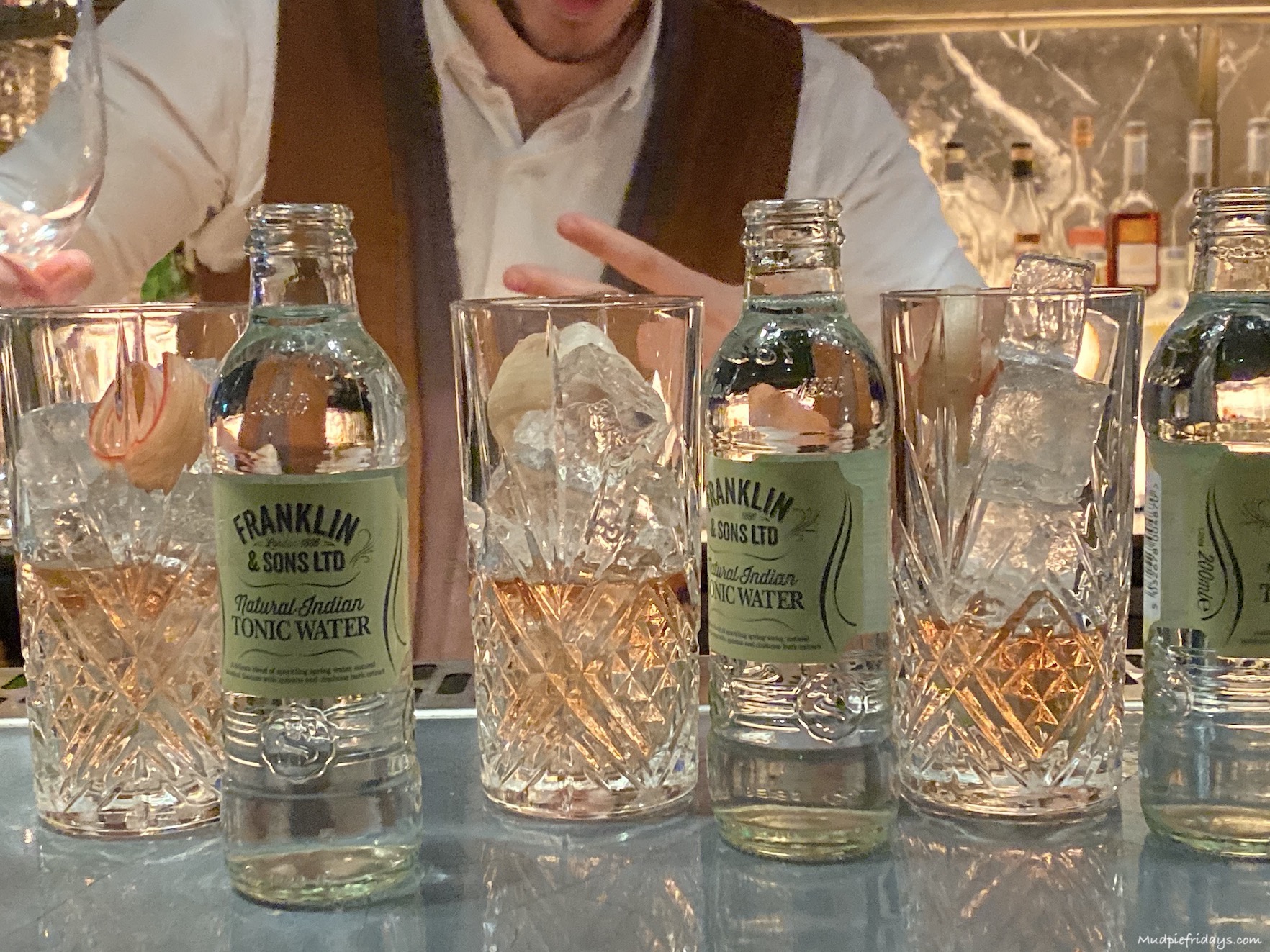 I stayed over night in London so was up early to get to work. Trying to clear my to do list ahead of being on the road all day tomorrow. This was the view from the hotel window. Last day at work! It was pretty full on. I ended up spending more time with clients then I planned and making a few arrangements for next year. I just about managed to get it all done by pick up time. Only photo I took today was an elf photo, somewhere under these cups there are some chocolate coins hidden. After the school drop off Kipper and I went to do the Christmas food shop. Or as much as we could get done before he got grumpy. We always do one shop to get all the non perishables and one to get the fresh bits. Normally Hubby does it, but since I needed to get the bits for royal icing I thought I may as well make a start. He did really well and I go everything on the list in just over an hour. Although I am not sure when I am going to manage to get the treats for the Christmas Eve boxes. This will be the first year they actually have their own personalised ones… and it is also the year I am fresh out of new ideas. After school we headed to a local garden to do their light trail. It is the first time they have done it and was pretty spectacular although I would argue not for kids. The moon at the bottom of the lake was beautiful and huge. I have not seen anything like it. We ate burgers and chips for dinner from the food vendors and the kids when on the fairground rides.

I have been slowing down for Christmas on the blog front these last two weeks, just catching up on blog jobs more than anything else. 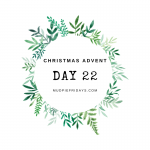 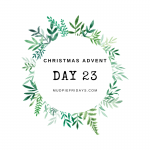