Its been a busy week and a very lazy weekend… I would like to say that I have managed to get loads done. But instead I spent Friday on the sofa and playing shops. Saturday we went out for a late lunch and did very little else. And on Sunday we went out for an hour jumping around an inflatable park before resuming our normal position. I am sure some of it has been driven by the weather and the fact that none of us are sleeping.

Kippers photo was taken at the inflatable park. He absolutely loves the ball pit and headed straight to it. Throwing himself into the pit and covering himself in the brightly coloured balls. I was a little worried as it was a lot busier than when Kipper and I go on Friday morning. There were also some pretty big kids and when he covered himself you really didn’t know he was there. Of course he thought it was hilarious. The picture I chose of Monkey was taken on Sunday night. Hubby had been out to watch the rugby. So it was just me and the boys on Sunday. This meant that Monkey got a chance to fall asleep in our bed. He likes it if you sit with him. Which is when I caught this. I love how when they are asleep that they look so innocent. Sometimes I think he is growing up so quick and then moments like these remind me he is still so little.

This week is a short working week for me and we have our first mini break at the weekend which I am looking forward to. 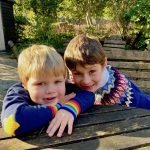 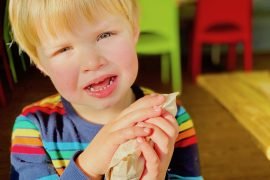 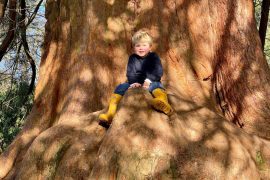 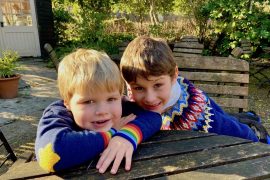