Sorry we have been absent for the last couple of weeks. I had hit the maximum capacity for my webhost and could do nothing until it was resolved. Thankfully it is finally fixed and it didn’t cost as much money as I had feared! Although it is now something I will be thinking about going forward and checking on a regular basis.

It’s been a crazy three weeks of juggling home schooling and working. I sometimes wonder if mentally I am going to make it out of this in one piece. Since both the boys seem to need constant attention and corporate work seems even more demanding than ever. I know we are lucky to both be working and I do not want the kids back at school and childcare at the moment since I genuinely do not think schools can social distance effectively. But that doesn’t stop it being hard. As for my business well thats been pretty much ignored….

I am actually writing a journal at the moment so that the boys can look back on it in years to come. It is a combination of our day and some newspaper headlines. Therefore I am sharing some photos only for each day with a brief explanation. Normal service should resume from next week. 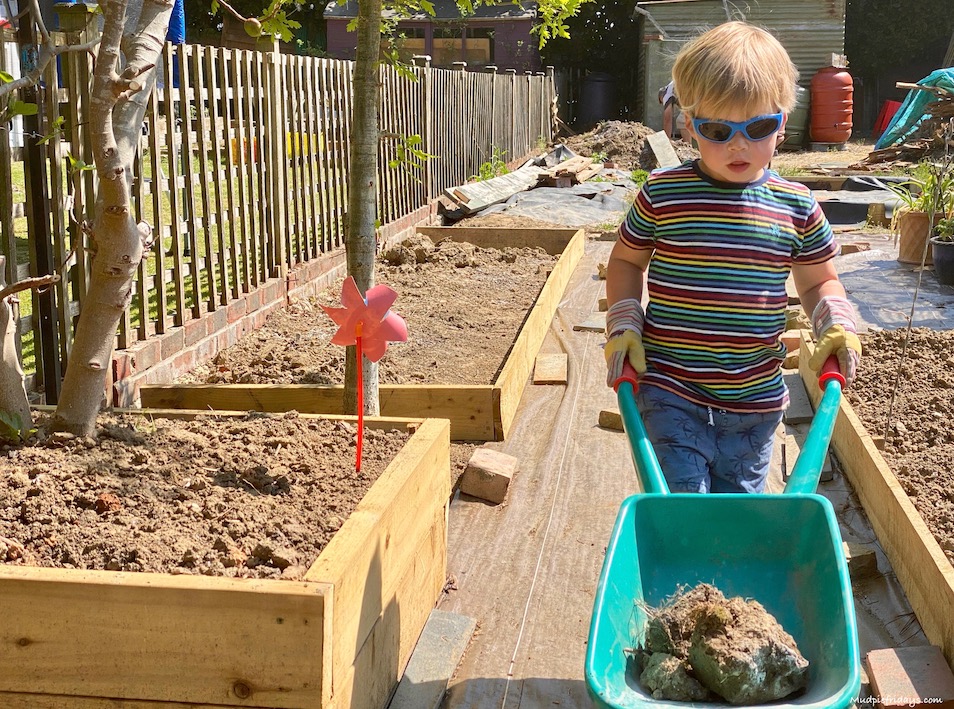 We have been spending most weekends in the garden determined to get the veggie beds put in. Hiring a skip was a good idea to clear all the rubbish and the grass which we are digging up. The boys did their bit to help fill it. Although because it was hot they struggled a bit. It is taking a long time and I am envious of people putting pictures on Instagram of their gardens all done! I think we are still a long way off that. 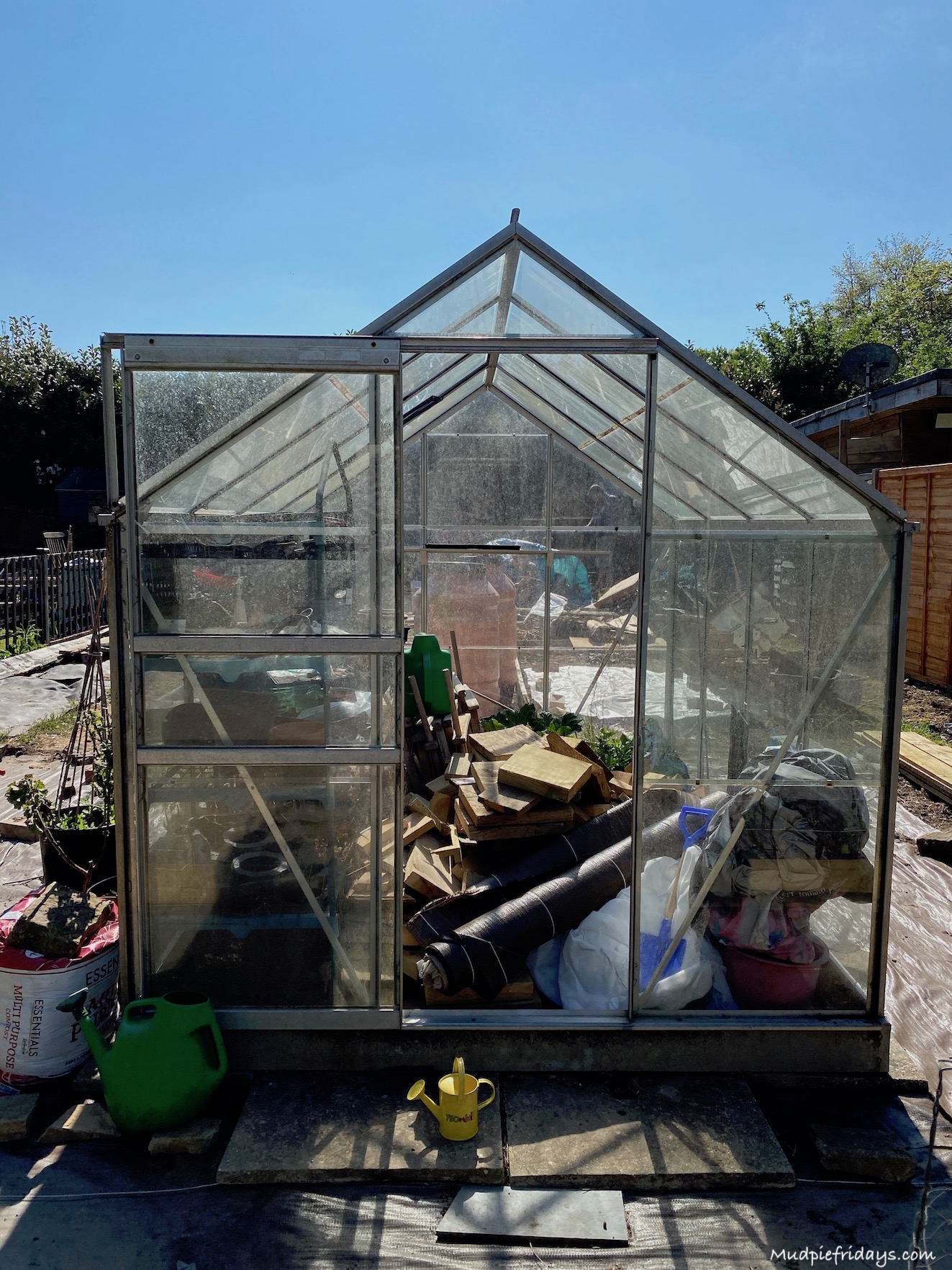 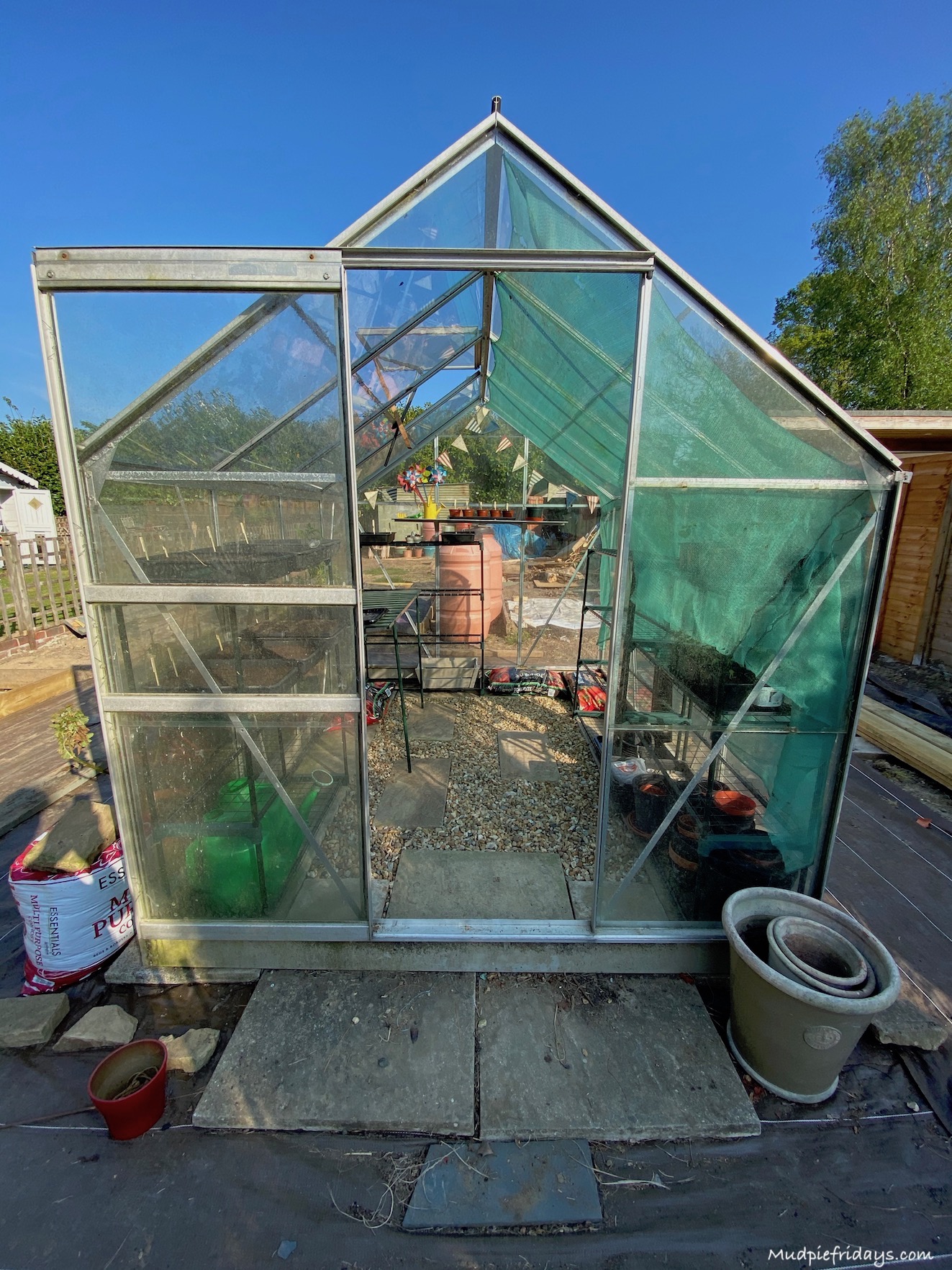 My job today was to sort out the green house and reclaim it from the husband. It took all day to make it nice. Including putting down a new floor of gravel. Which is what we will put down around the beds once they are all in. It gave us an idea of what it will look like. I can’t wait for us to be at that stage. Although it took all day  it is now my sanctuary and I disappear down here most days to water the plants and have twenty minutes peace. My plug plants are really coming on and some will make it into the garden soon. 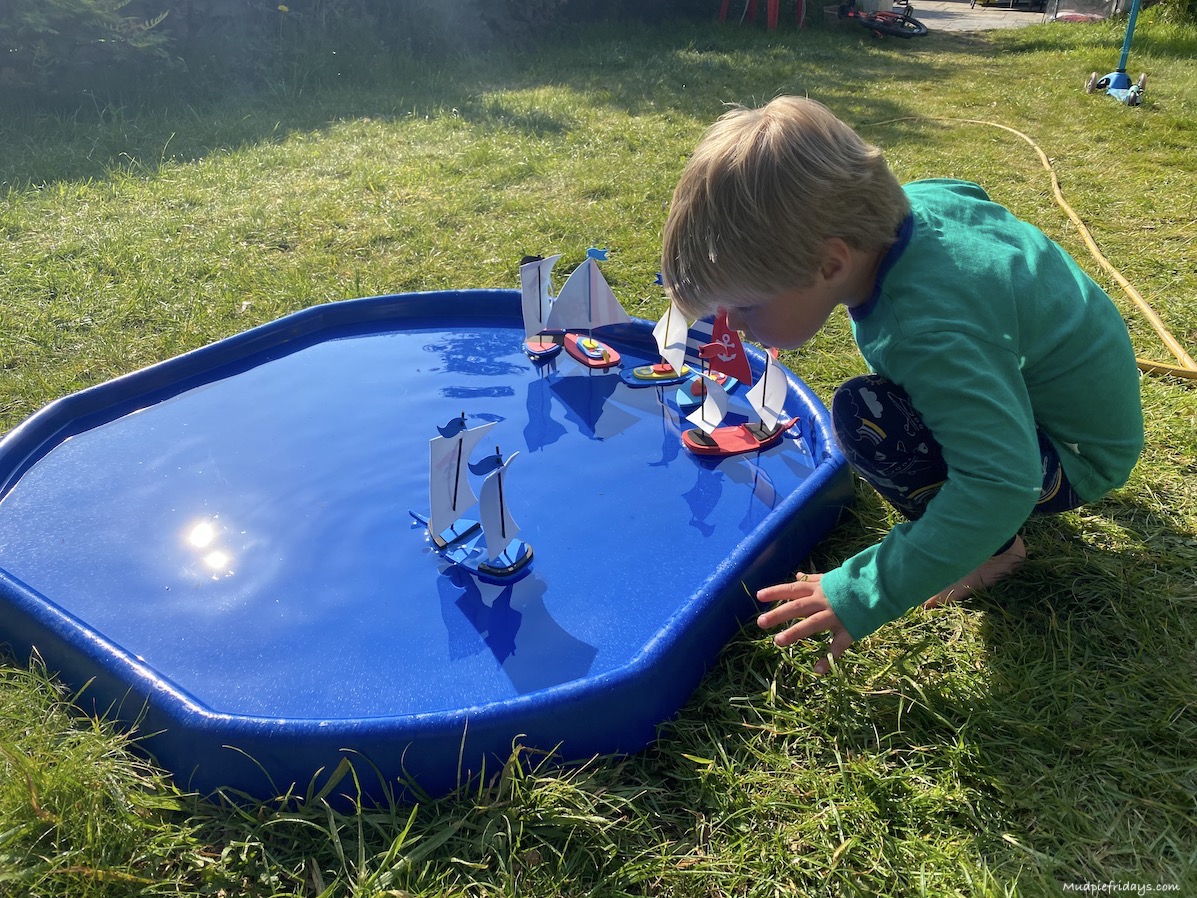 Busy day at work – when isn’t it? So we grabbed some time in the afternoon to make these boats from Baker Ross. Craft kits are definitely my savour right now. It kept him entertained for a little while until his older brother came along and decided to encourage jumping and splashing about in the water. The boats quickly became forgotten. 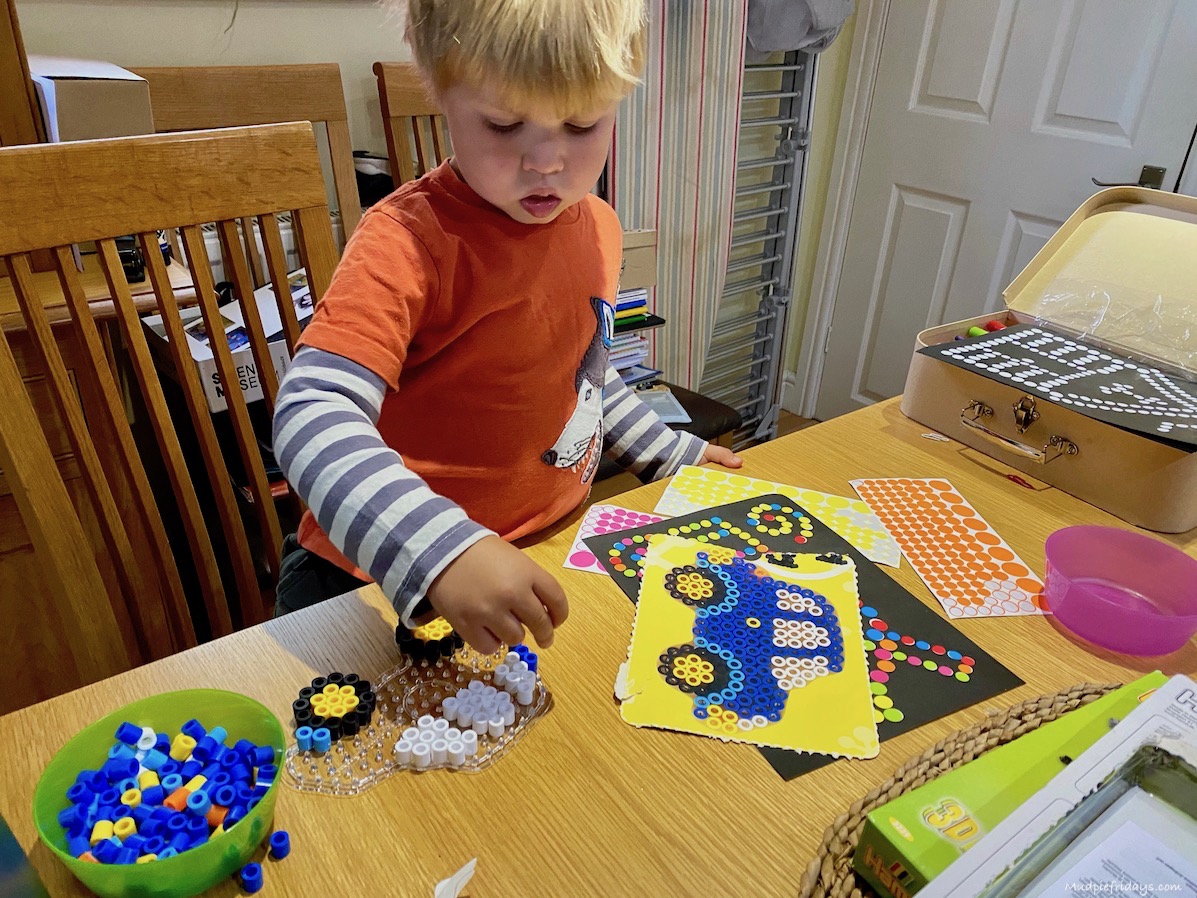 I need to get another one of these since it he did it all on his own! I was trying to work at the kitchen table at the time. He’s not really into mark making or anything like that and so is always after some attention. Which can make it very difficult to get anything done. 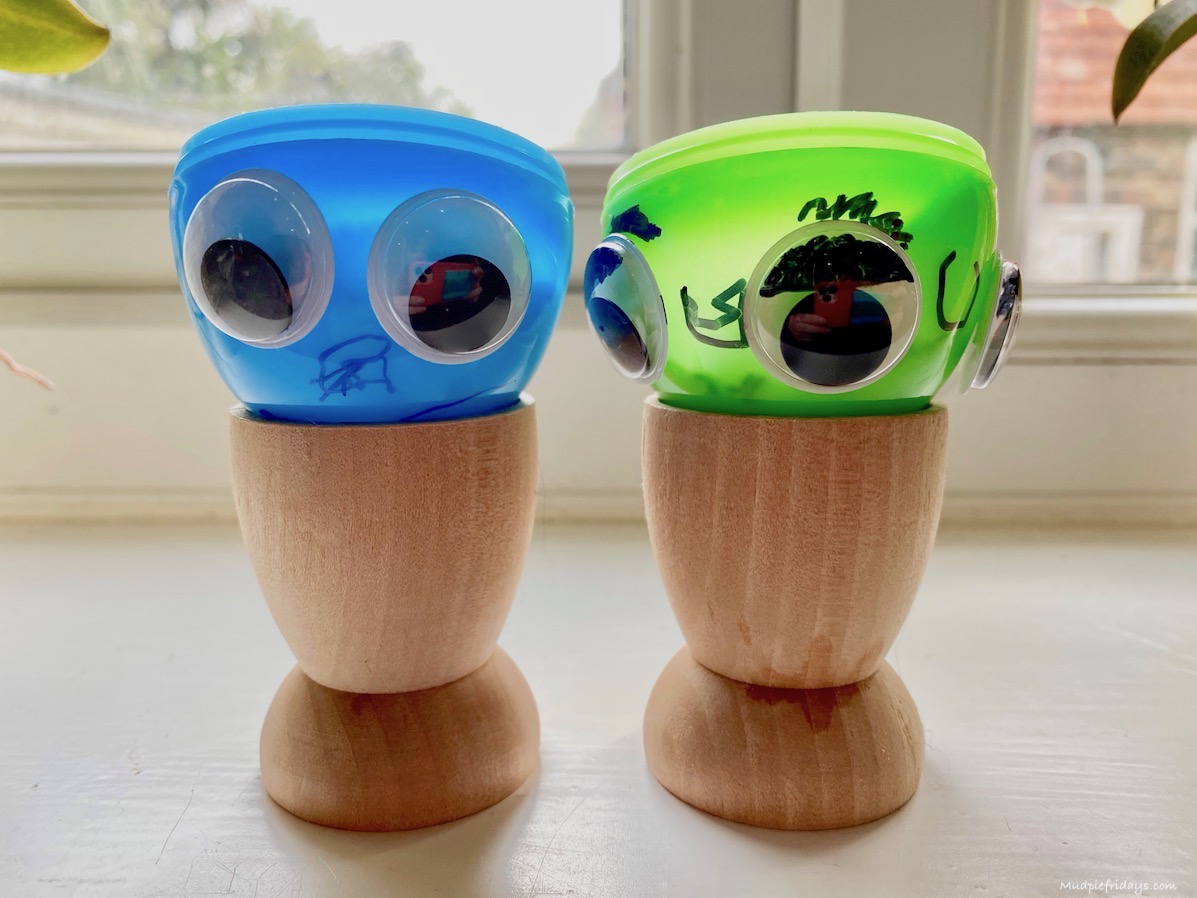 How is it not Friday yet? Each day when I sit down at my desk I say to myself today will be different and I will get all the things on my to do list done. Each day I never manage it. And it is not as if its a long to do list as I keep it short on purpose. I think I may need to read that book… The subtle art of not giving a F***. As I am acutely aware that is what makes me both good at my job, but is also slowly driving me insane. At least the cress heads are coming on nicely. 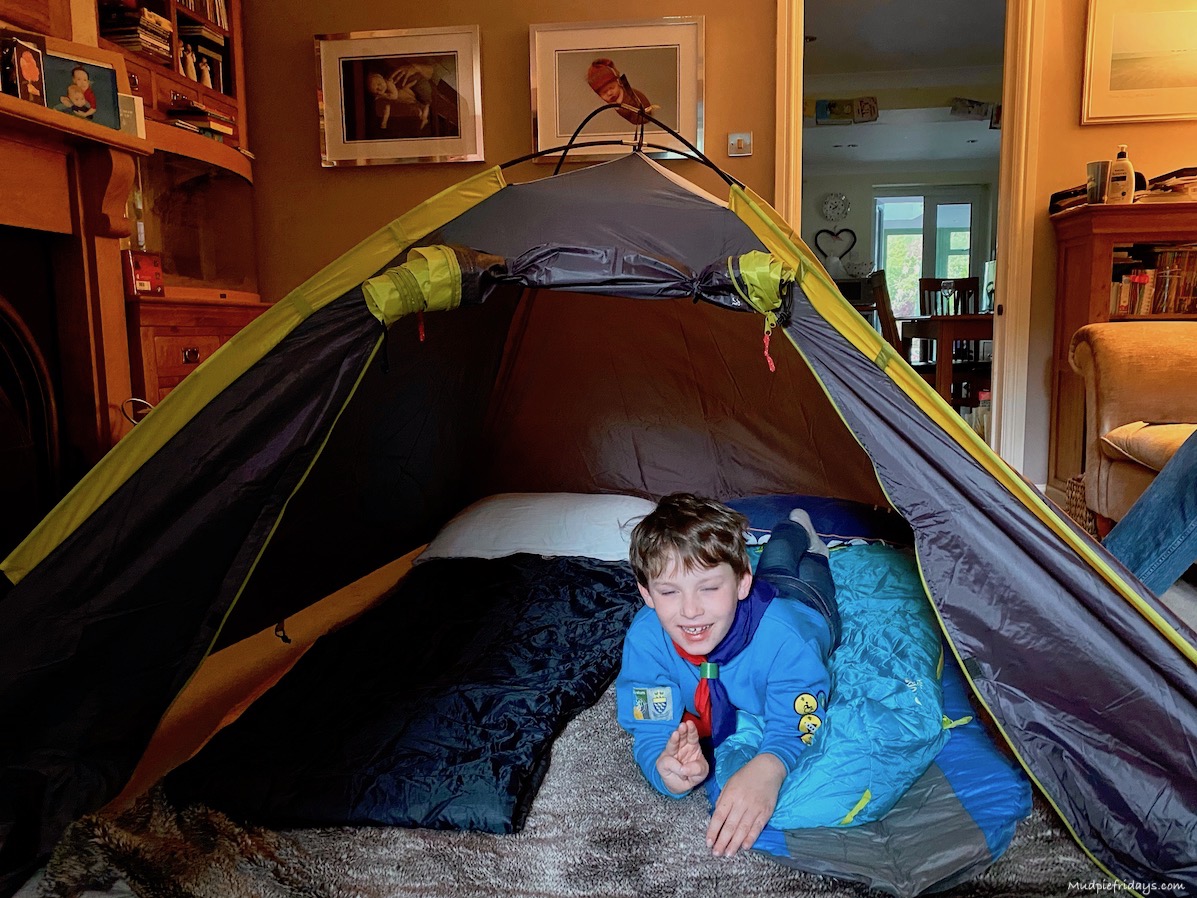 Promised Monkey he could take part in the virtual sleep out for Beavers. Not realising that there was a load of other things which we needed to do the following day. It is just as well that I do not work a Friday. Thankfully the husband shared the tent with him so I got the bed to myself and he loved it.

As part of the virtual sleep out we had to go for a walk and add our steps and kms together to help climb a virtual Everest. The weather was not the best and it was very muddy, at one point I thought we were walking through a stream. The kids liked being out in the fresh air though and we were dressed for the occasion. We managed 3.2km each which was not bad going in an hour. 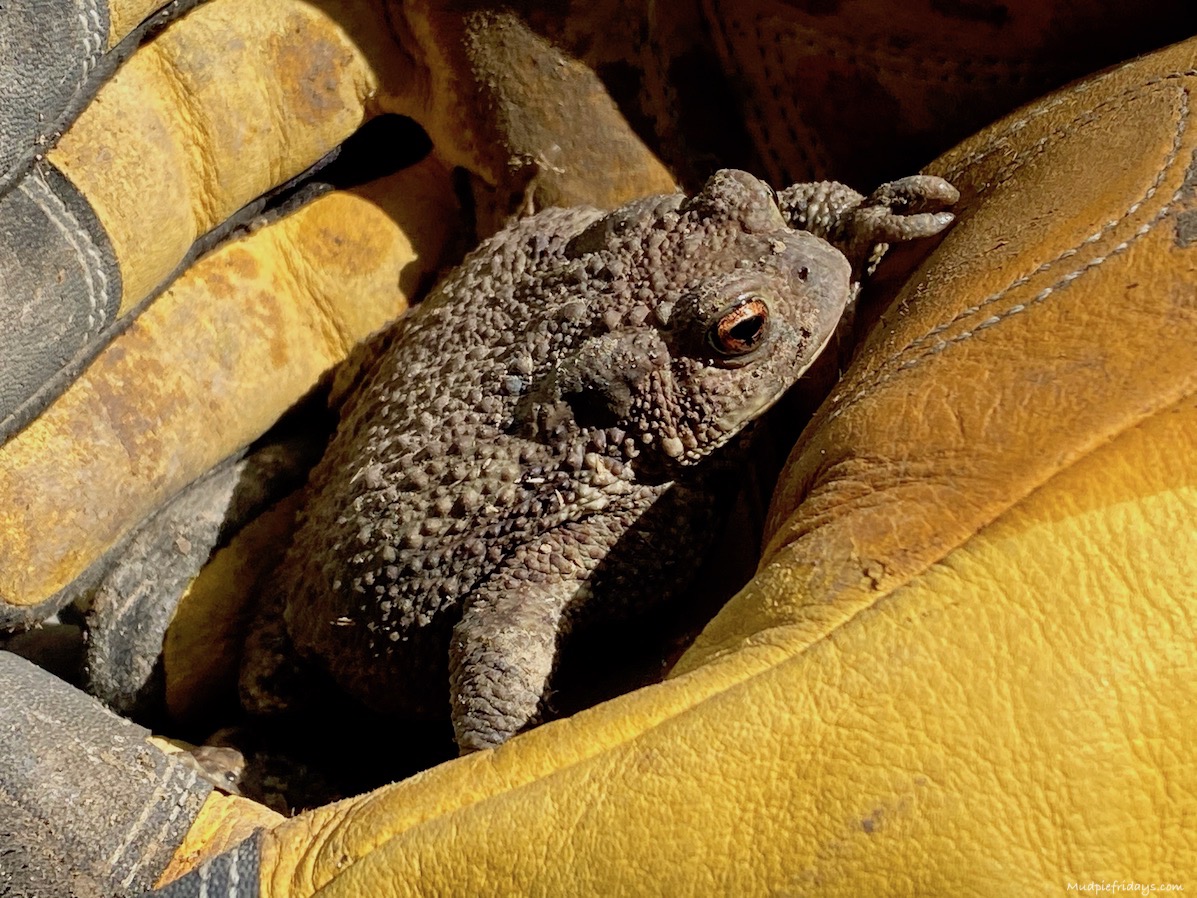 Another day spent in the garden. I am thinking I should have done more before and after photos! While clearing rubbish we found this toad. Kids were fascinated although I am not a fan. Since we also now have tadpoles and stick insects I was not prepared to add him to our growing home zoo! 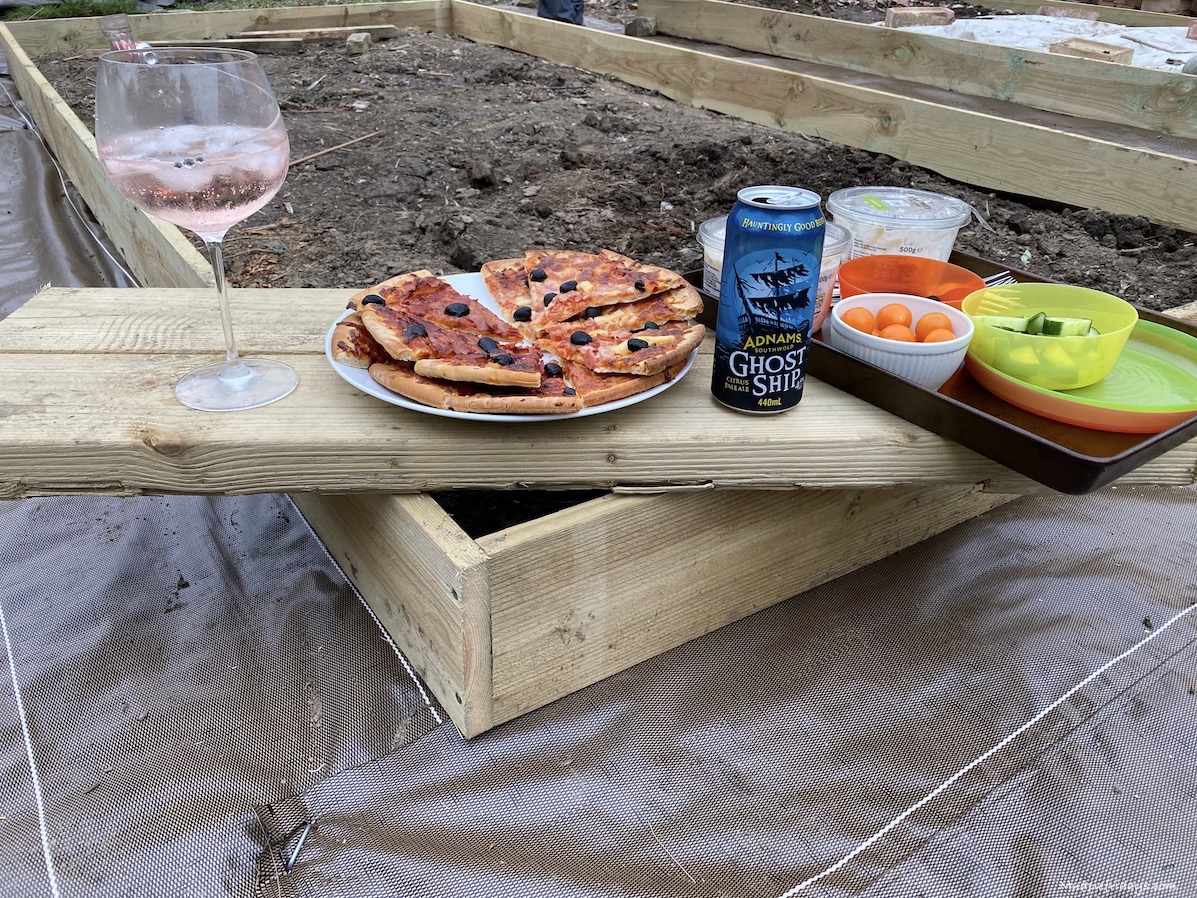 We live rurally and do decided that we would have. Bonfire to burn the old wooden beds. They had rotted through and it was not possible to use them again. We didn’t burn anything we shouldn’t have as that was all in the skip. But it was quite a big one and so we could not leave it. Which lead to us having dinner at the bottom of the garden picnic style. We deserved that gin and beer! The kids thought it was great fun to picnic outside. Perhaps we should do it more often. 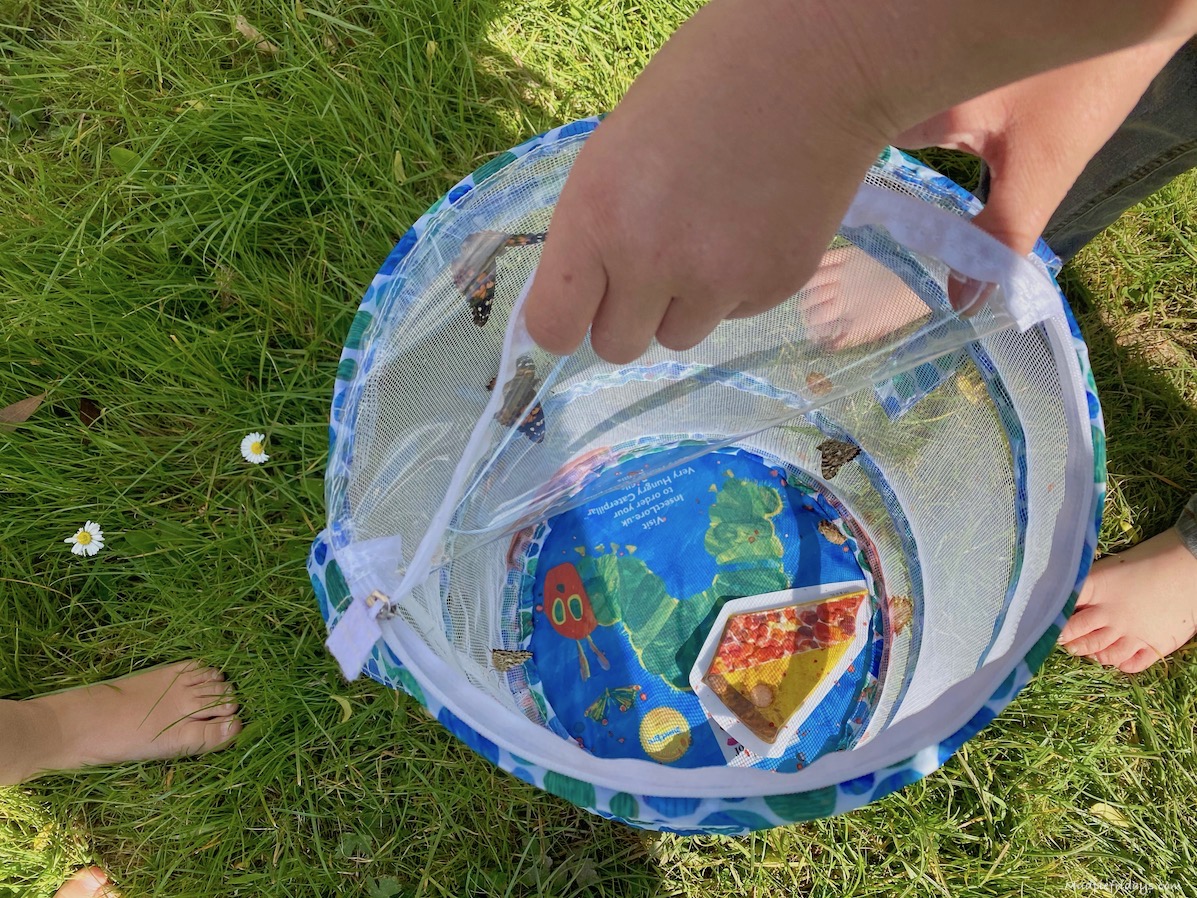 Still trying to do something memorable with the boys each day and give them some attention. It was not a good day today. So much so that I actually booked Thursday off work. They needed some of my time. We did let our last lot of butterflies go. They were not as friendly as the first and left pretty promptly but we did manage a photo with one who stuck around for a little bit. 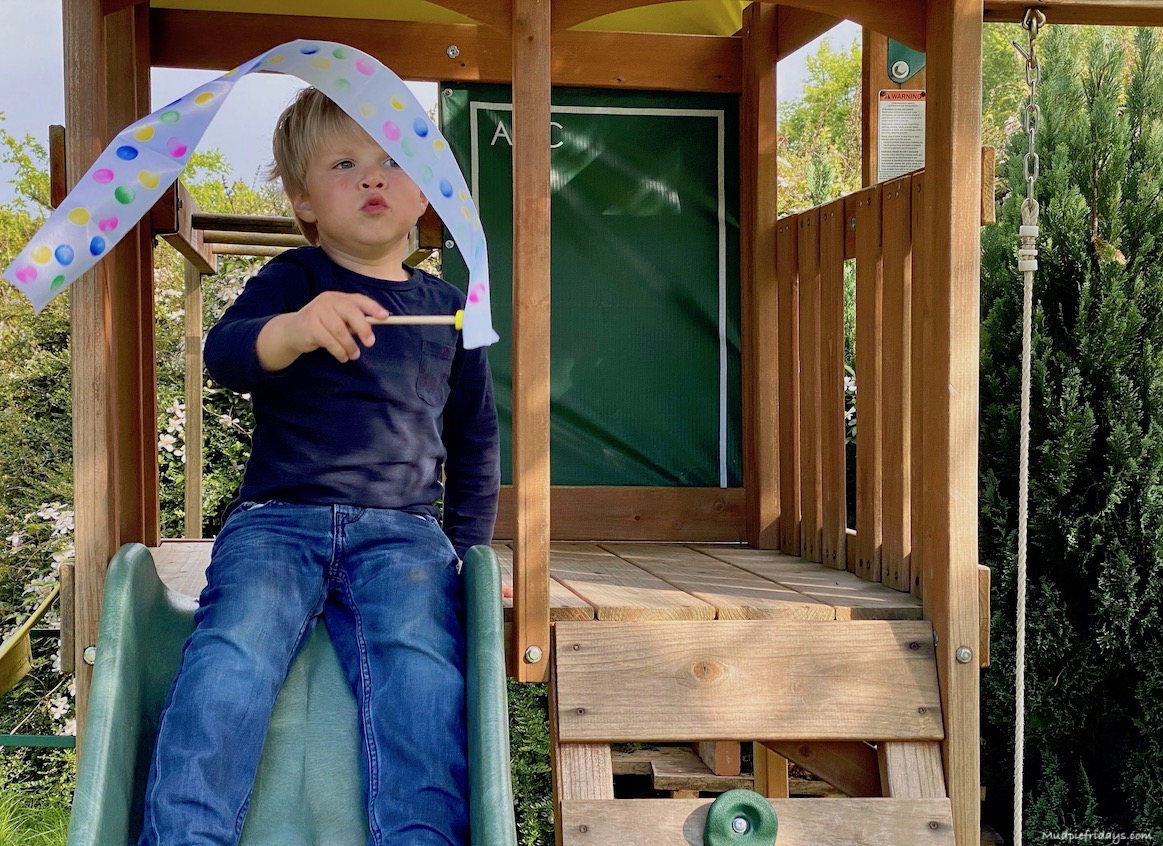 When all this started I signed up to a craft set for both the boys. Monkey is not that bothered with his so I am thinking of stopping it. But Kipper loves his yellow boxes coming through the door. So much so that I think I am going to extend our subscription. This months was music and he made all the items straight away. This ribbon was a particular favourite. He calls it his Harry and Mummy time… which is adorable but makes me feel all the mummy guilt right now! 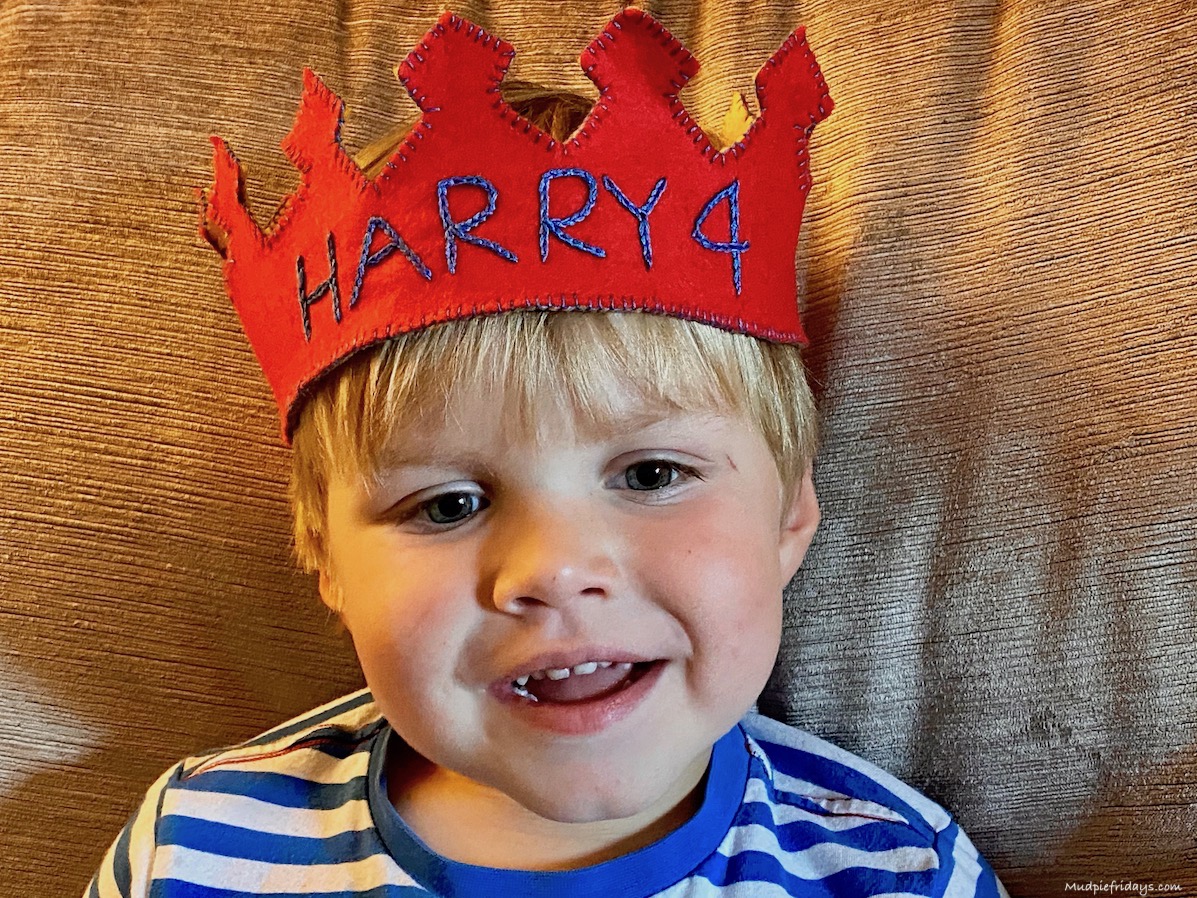 One benefit of not being able to blog is that I had the evenings back and made this felt birthday crown. It was actually his birthday today but I could not cope with working, homeschooling and a birthday so we moved it to the weekend. So that we could celebrate properly and spend the whole day with them. Not that he realised. I think that could be the last year we get away with that mind you. 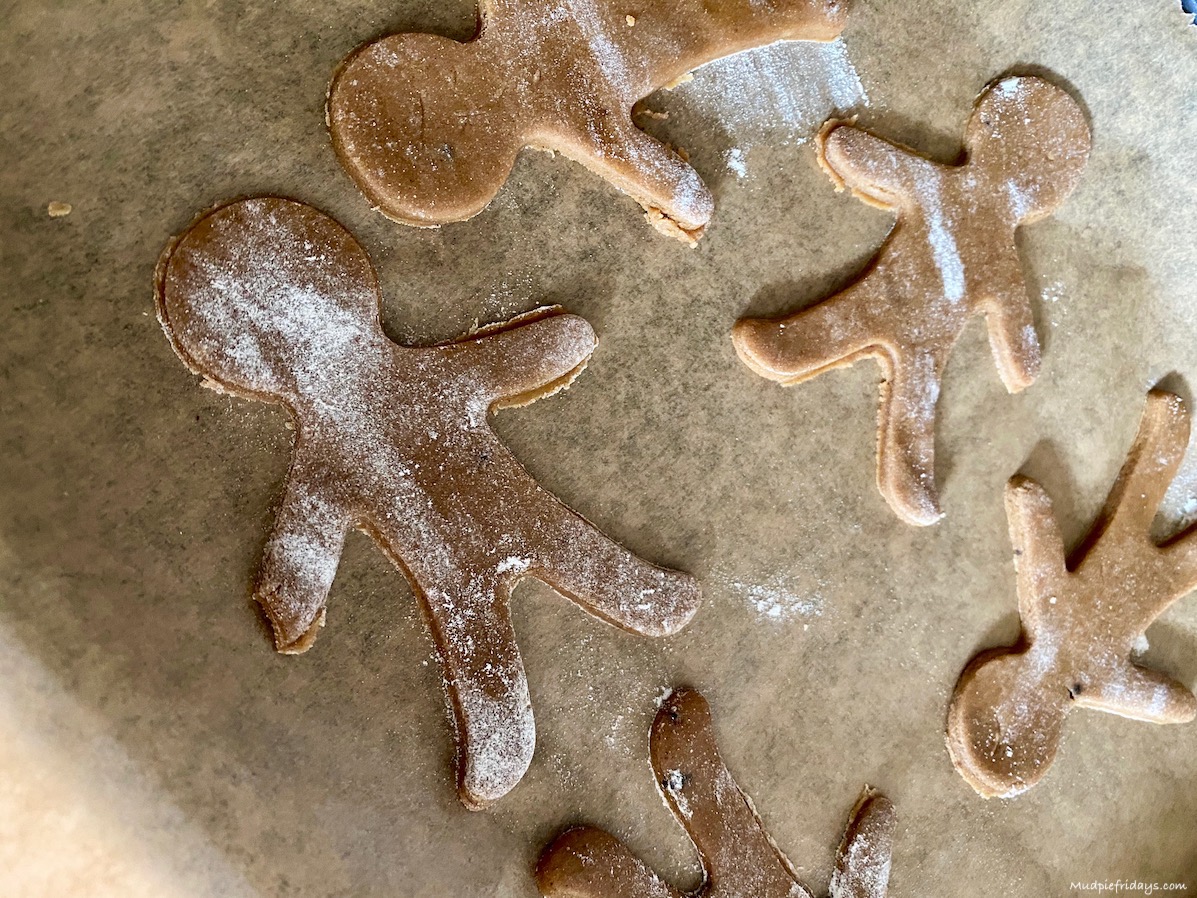 Kids behaviour today has been horrible. It left me wondering why I had bothered to take the day off. We made bread and then gingerbread in amongst the screaming fits. Only when I went to ice it I realised that the icing sugar was in fact cornflour so we ended up making gloop! What little icing sugar I had we needed to save for the birthday cake. They boys enjoyed it regardless of no icing and I am wondering if I should make it more often since its so easy. 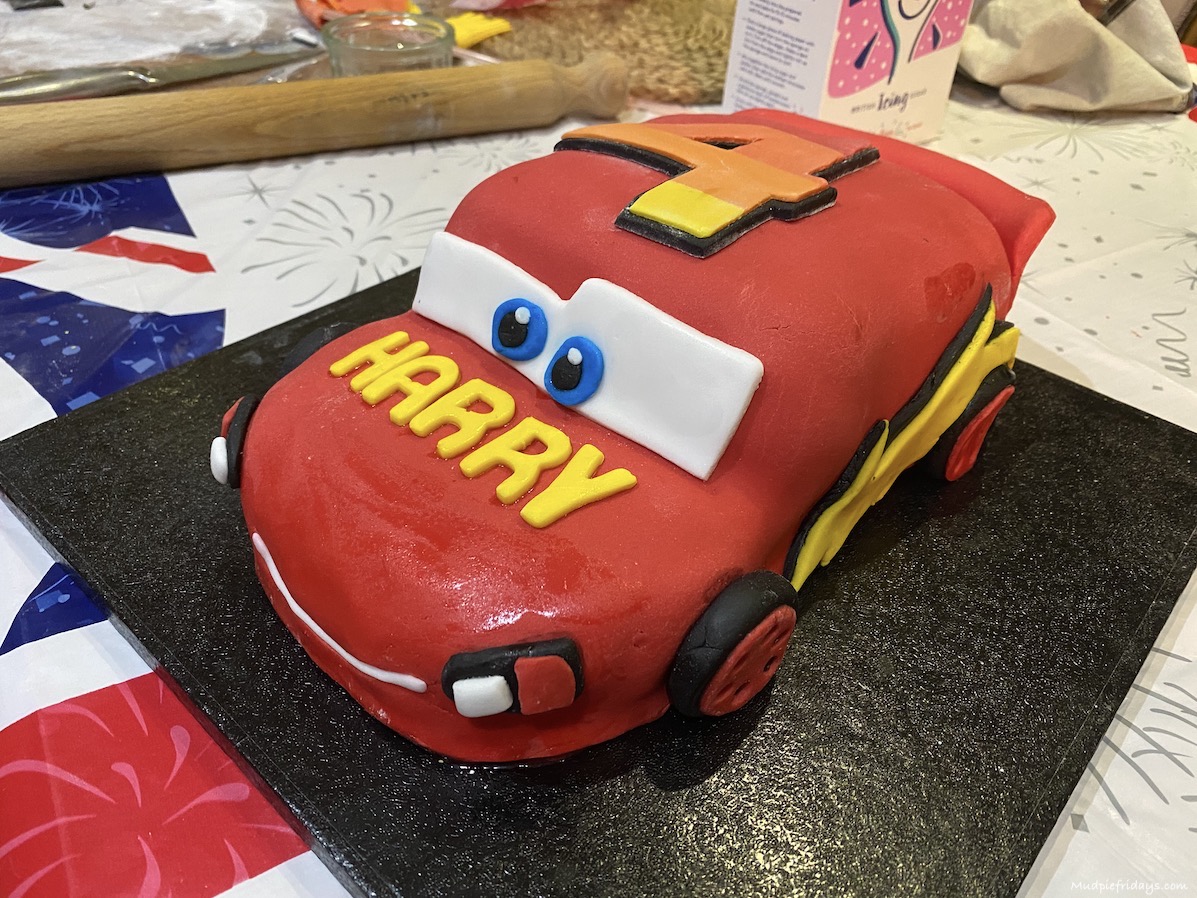 When Kipper asked for a Lightening McQueen cake I was worried. I have not made a birthday cake for several years. Normally we buy in as I am so busy with work etc. However with our normal cake lady currently not operating I had no choice. I don’t actually think it turned out too bad. Especially as I used a deep baking tray as we didn’t have a square baking tin. 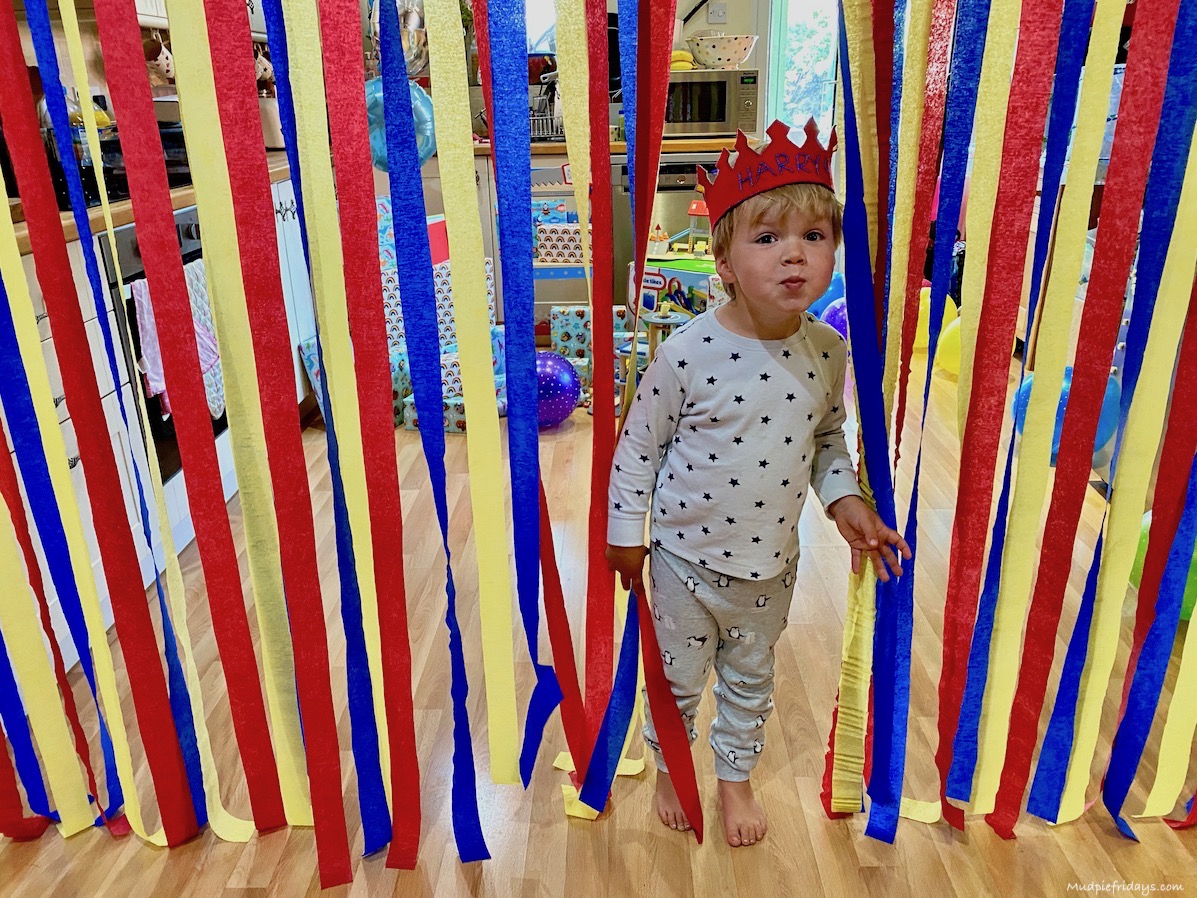 We had hung streamers up in the kitchen on a piece of cotton to give it a party feel. Kipper loved it even posing for a photo before opening his presents. Half of it is still up now as the boys loved it so much they did not want it taken down! 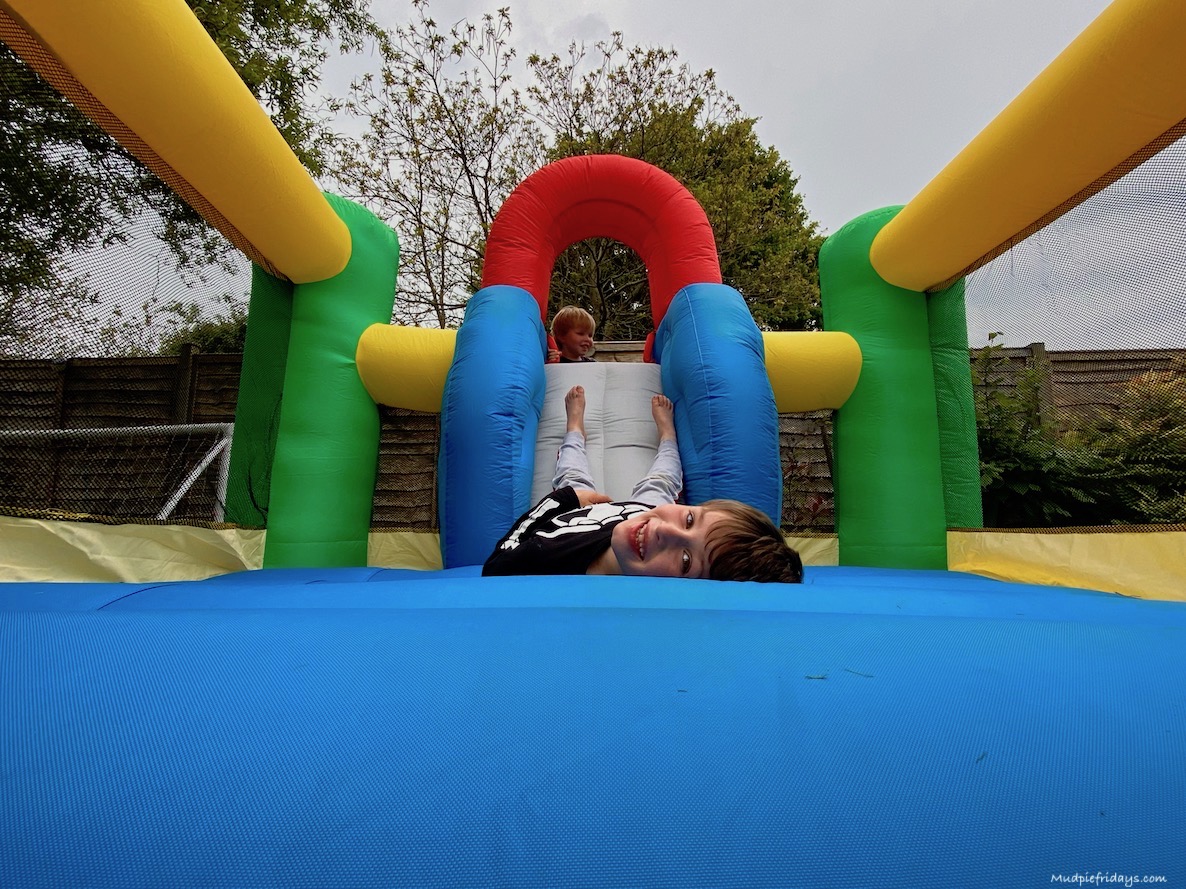 As part of the birthday celebrations we brought a mini bouncy castle for the boys. It has been such a hit I think it has been up most days. I can see it being up for most of the Summer and will easy reach its £1 per use.  It felt like an extravagance but we didn’t need to pay for a party or lots of food this year so redirected that money we had saved. I think if the same thing happens for Monkeys then we maybe buying a new (cheap) trampoline on the same basis as ours really has seen better days.

As for the announcement from our leader.. what a load of rubbish. 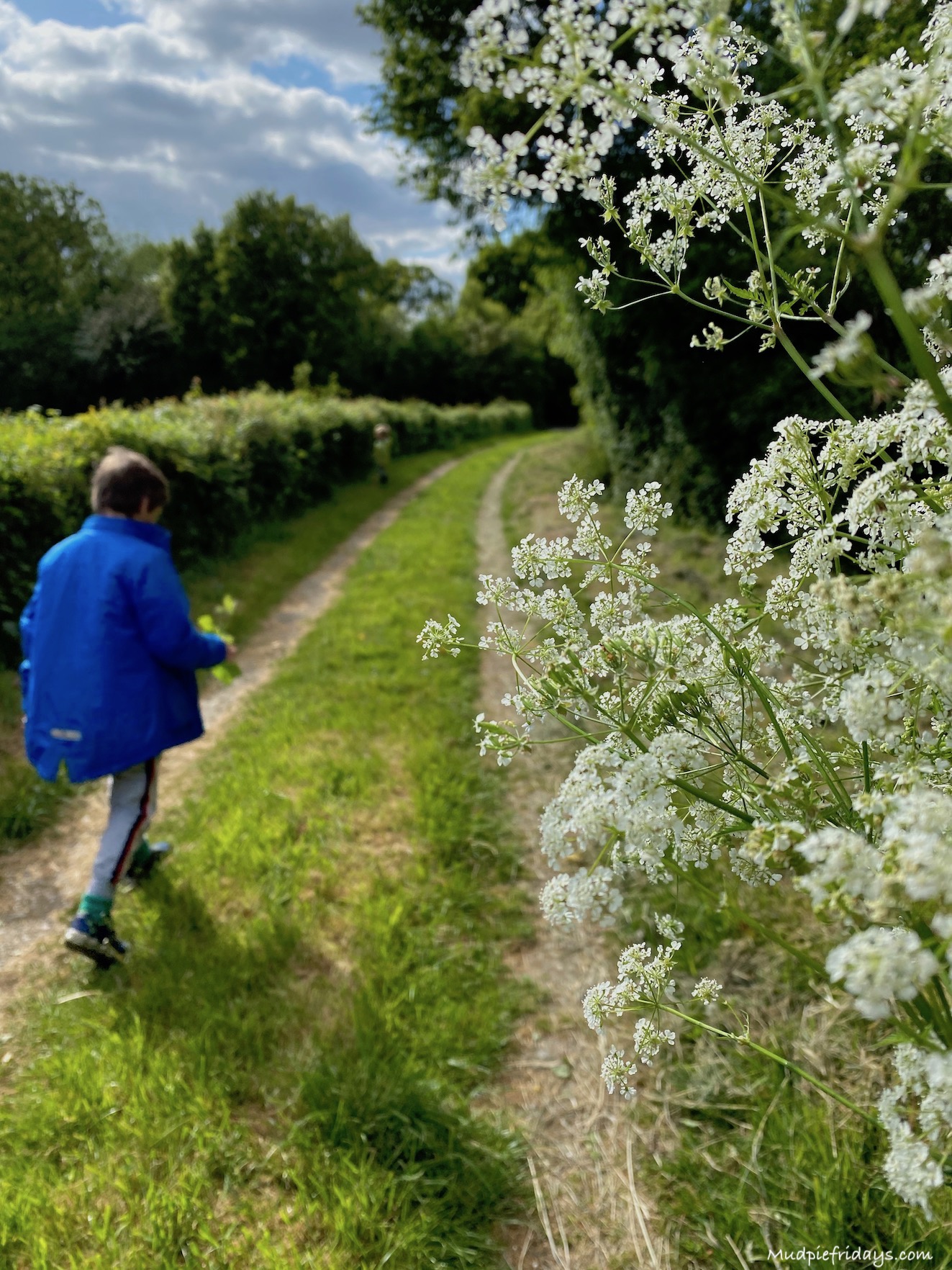 We popped out after work again for a walk and to collect some brambles for the stick insects which I am not doing very well at keeping alive. It seems out of the ten four have died when they have hatched! Not sure what we are doing wrong. We do only need two really and there were ten eggs. So far we have three that have survived and a couple more eggs to hatch. They are very fragile as babies so keeping Kipper away from them is s challenge. 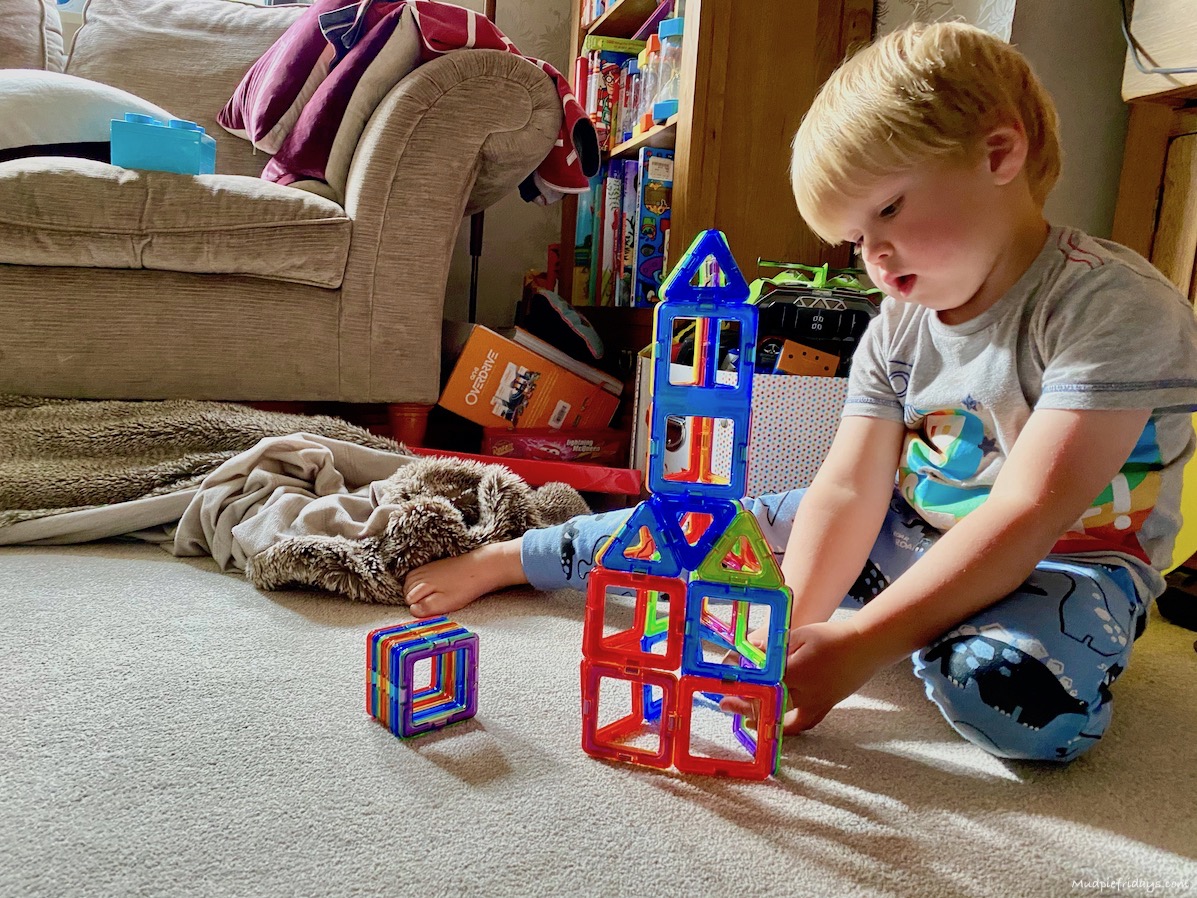 Playing with his new birthday toys. This one is magnet mad. 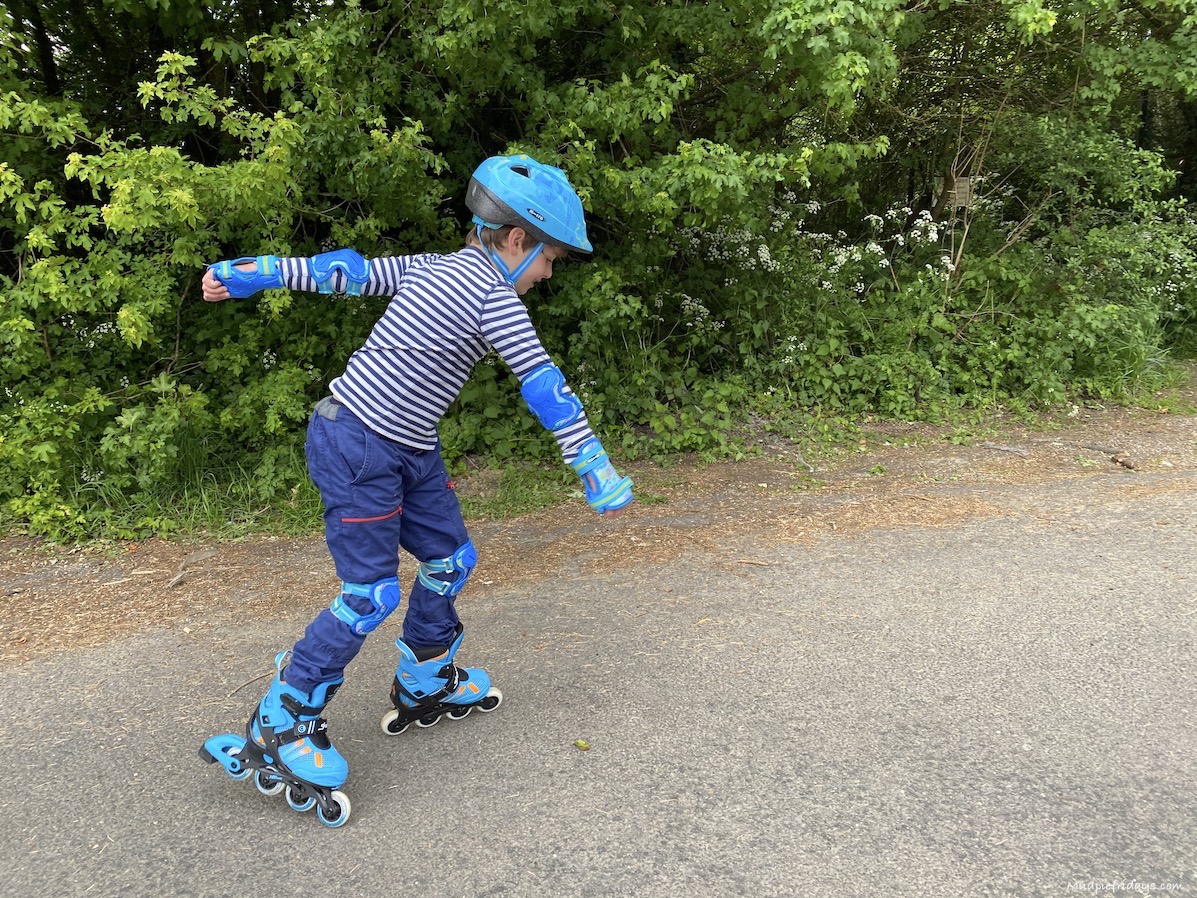 Managed twenty minutes out on the road today after work. Monkey has been desperate to give his new inline skates a try outside of the garden. I was so surprised how quickly he took to them. Although I walked up and down holding his had for the first couple of goes he was soon doing it on his own. Considering he looks like Bambi on ice skates I am really surprised. But he loves it and its a non screen activity which is a win win in my book. I can see lots of practicing coming. 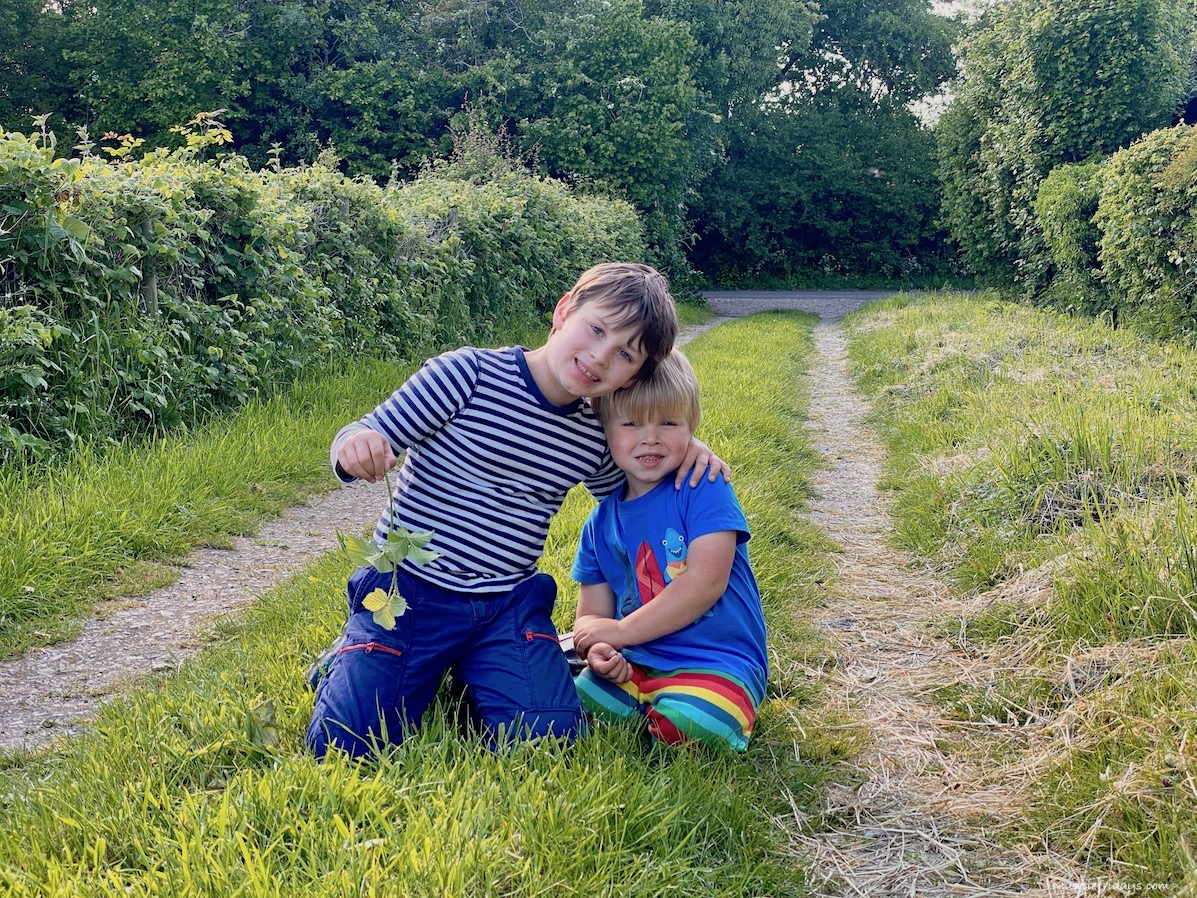 Bramble hunting again. Busy day at work despite it seemingly starting to quiet down. Left very little time for these two again. But I will make up for it at the weekend with some activities. 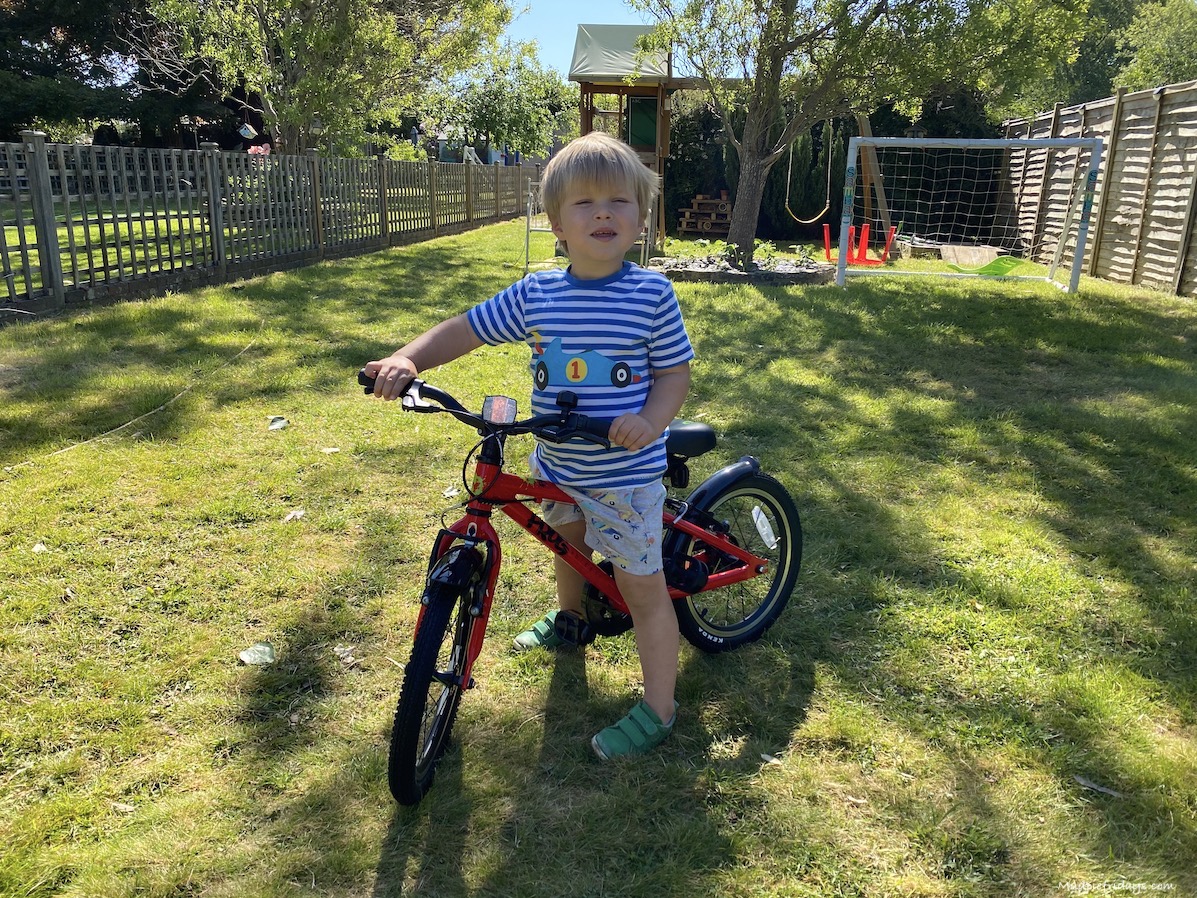 Starting with learning to ride a proper bike! This one doesn’t come with stabilisers and since he is so good on his balance bike we have decided to try going straight to a big boys bike. At the moment he is learning to pedal and keep going in a straight line. But once he gets up momentum his balance is so good I can take my hand off the seat already. We just need him to learn how to stop and to build up momentum quickly.

Unsurprisingly there have been very few blog posts in the last couple of weeks since I have been unable to upload anything. Although I have a few on my to do list I am also lacking a bit of motivation. Staying a home has made me realise just how busy we always are. I know thats my nature but I am thinking it maybe a time to slow down a little!

Normal service should resume now since the blog is up and running, I wish you all a lovely week. Stay safe x 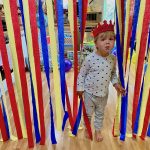 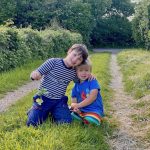