This week we started in France at our second destination and ended with us back in the UK and under quarantine for two weeks. I have been updating last weeks post with some of the photos I took. You can see it here if you would like to see it with pictures – Our French Road Trip: 366 Week 33 {2020}.

Today we left our Eurocamp site early and headed the two and a quarter hours to a little village I found in my guide book. Typically it was the sort of place which had tiny streets and hidden car parks but Rochefort-en-Terre was so pretty. Full of dark stone buildings with tons of flowers we really enjoyed walking around it. We also ate lunch there and I was seriously tempted by a bag that looked like a pineapple. I also treated Harry to a much loved wooden transporter we saw in a tiny wooden toy shop. 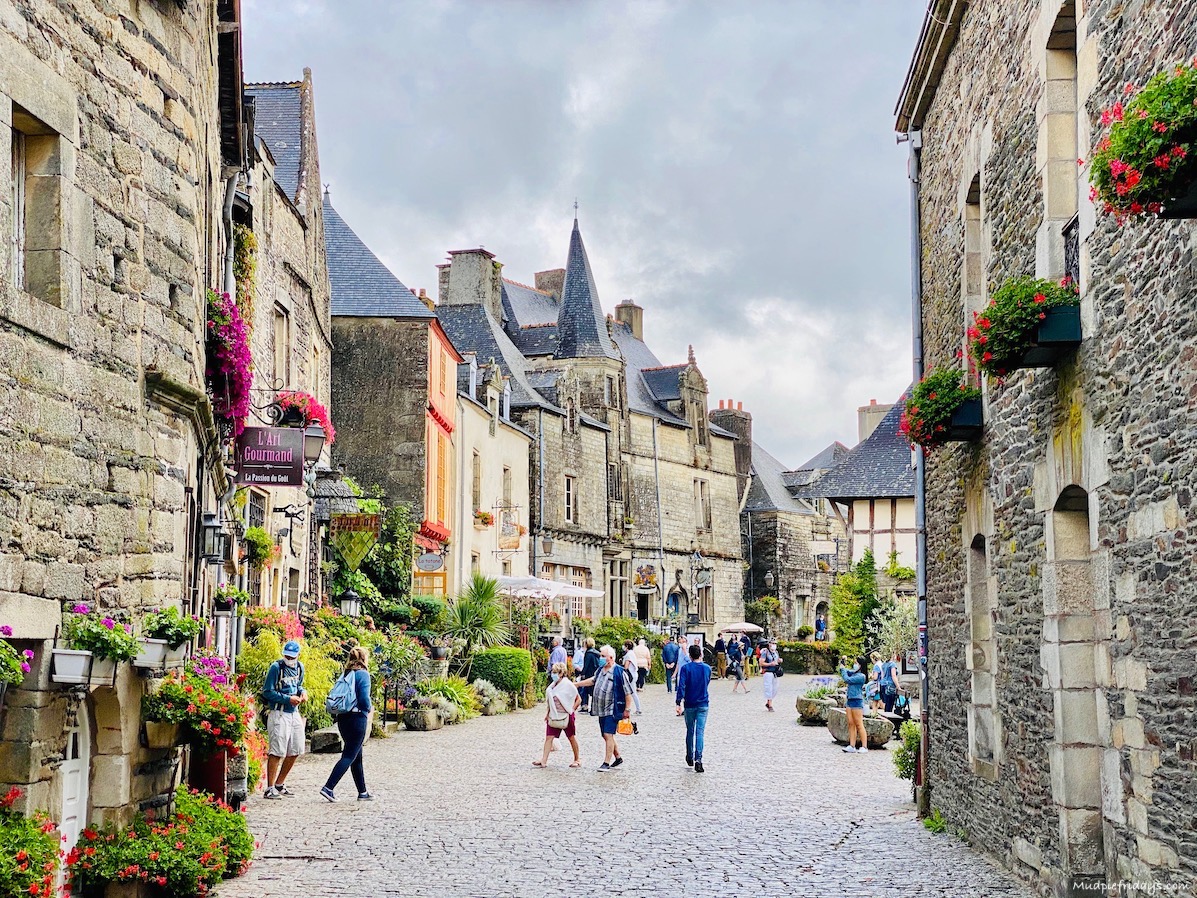 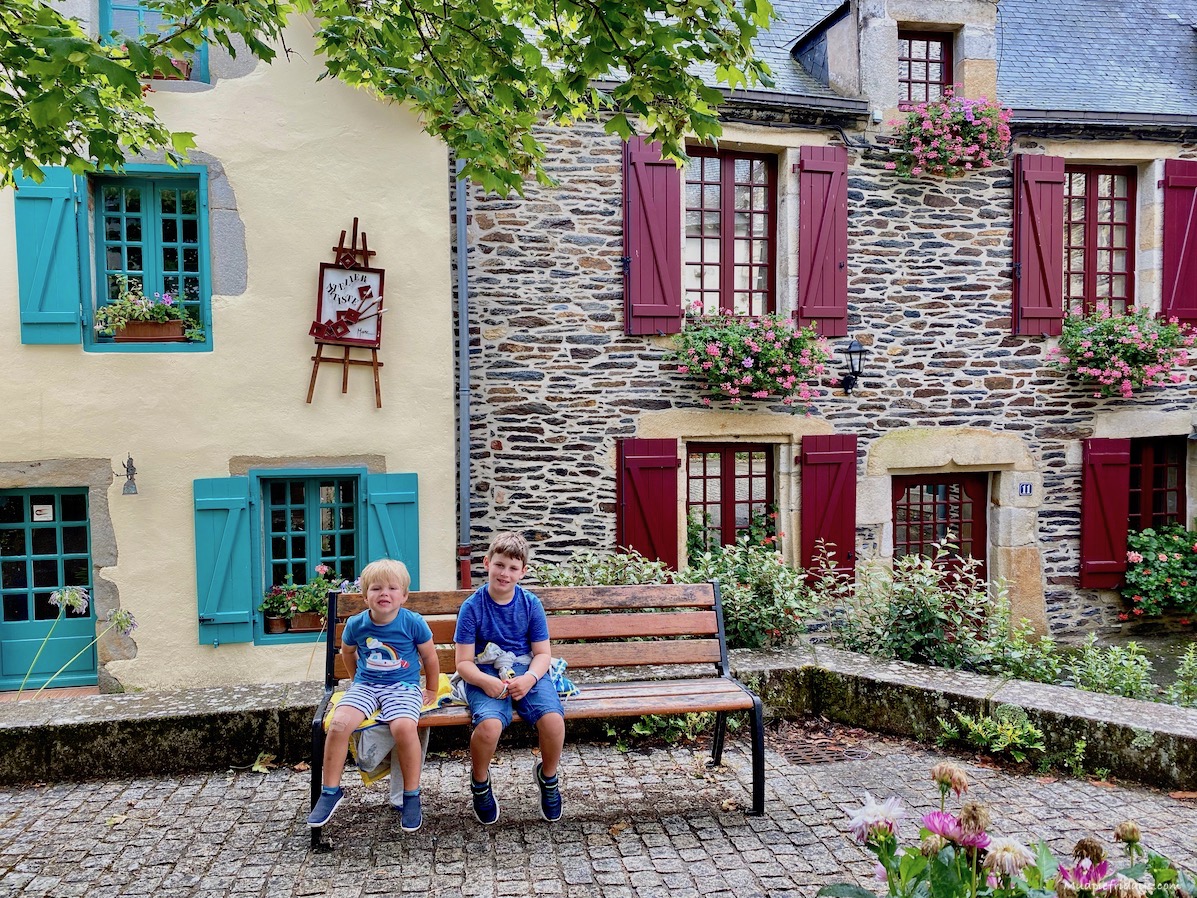 Our next campsite Chateaux Le Foret was another couple of hours on. We were staying with a small family run business Votre Vacances. I was instantly impressed with the accommodation. It’s a lovely peaceful campsite. Our first stop was to the little bakery a short five-minute walk away to pick up some fresh bread for dinner.  I couldn’t help but be tempted by the strawberry tarts too! Late-night playing Quirk with Charlie – he’s got addicted to it. 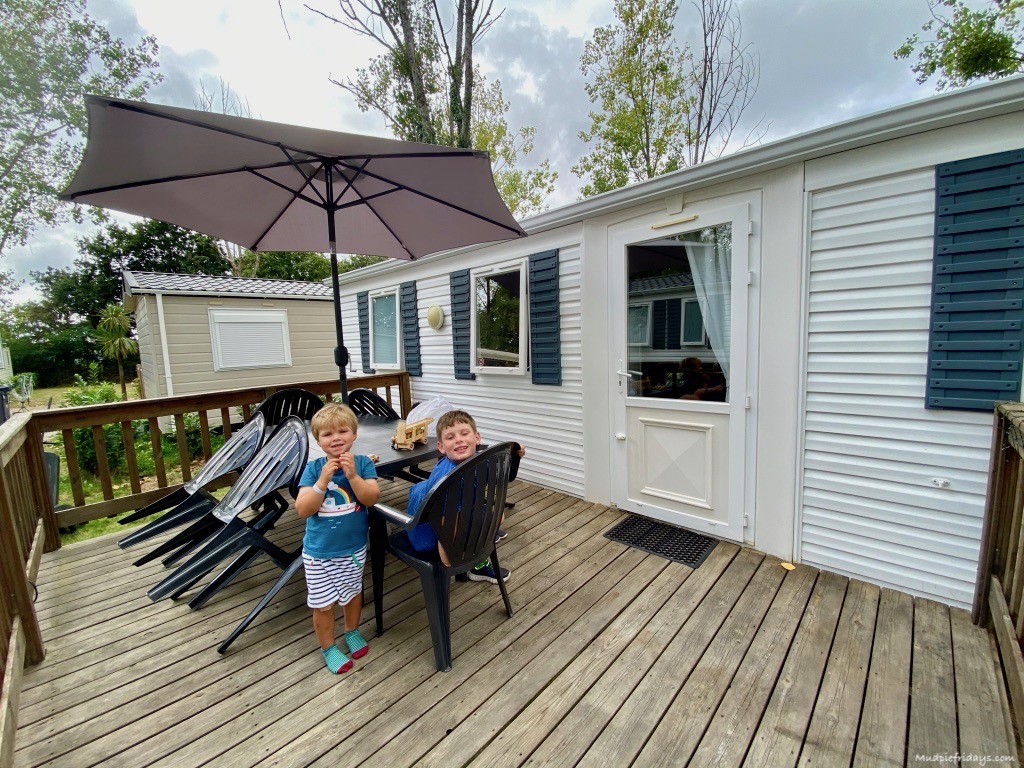 Waking to rain our plans for the day went out the window. But a quick google I found an aquarium close by and we headed there for the morning. It was a large space with a lot of big tanks. Busy but everyone was compiling with the social distancing rules and wearing masks. By the time we had finished the weather had improved considerably and we headed back to the campsite. 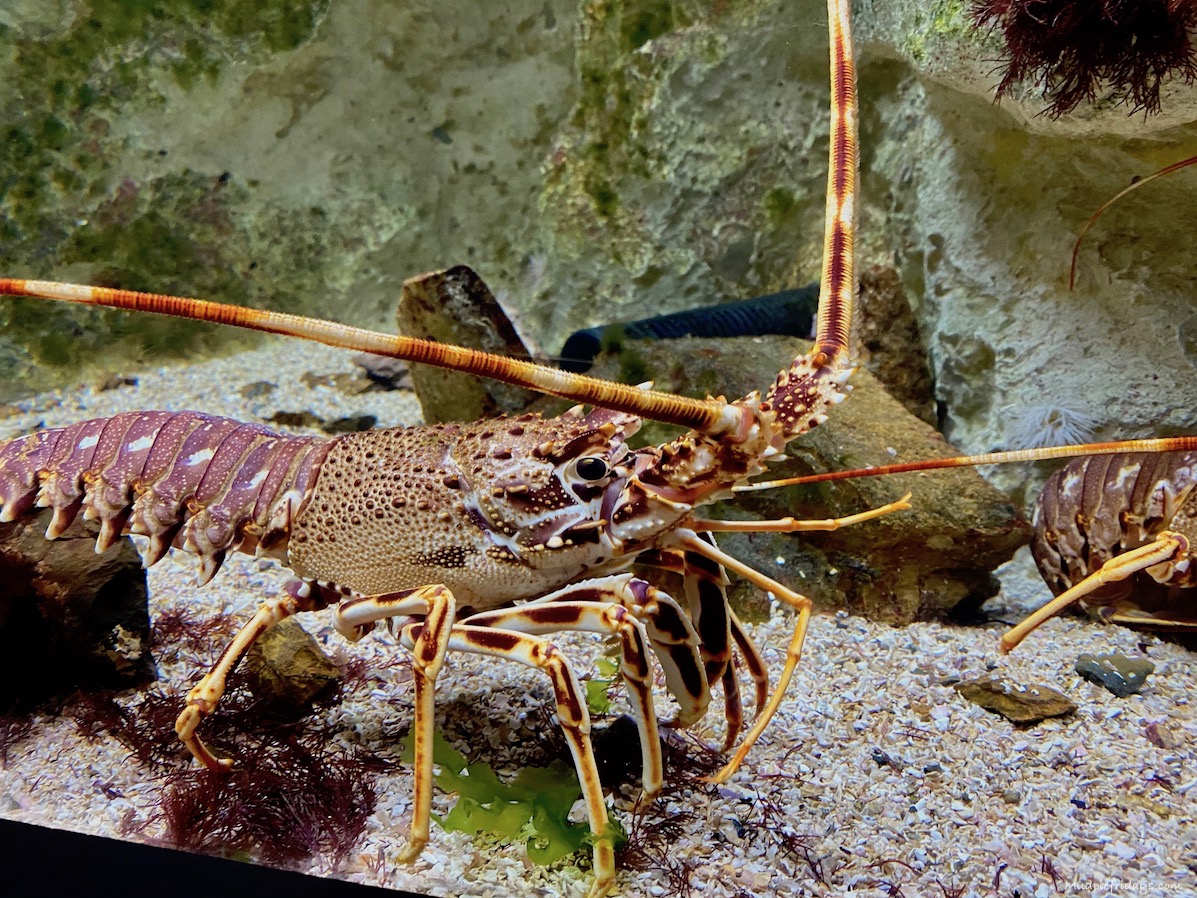 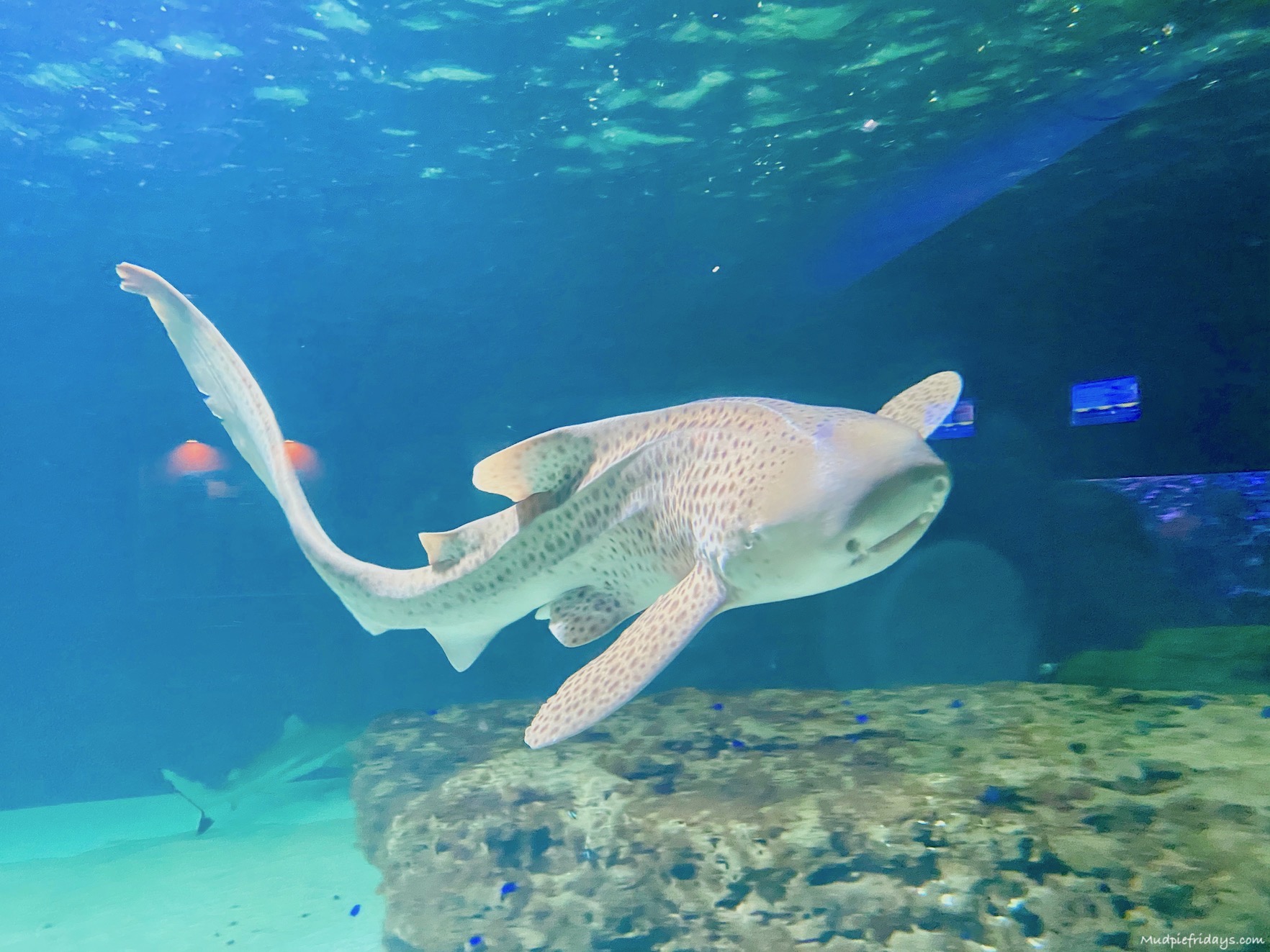 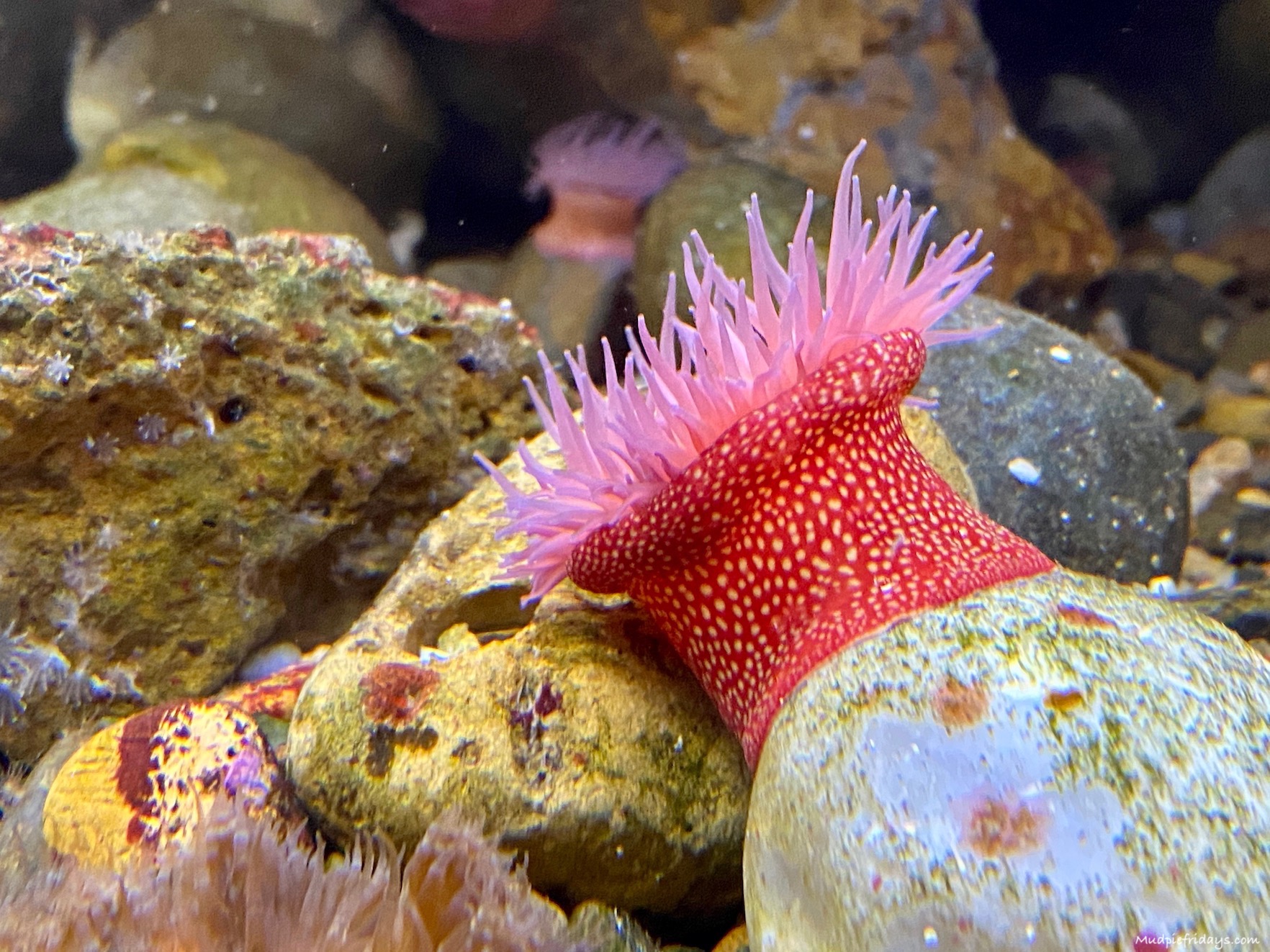 Next door there is a treetop adventure called Le Grand Defi. Charlie had seen it when we first arrived and was desperate to have a go. I will be writing up a post about it when I get a moment. They have courses which are suitable from the age of two so I thought Harry would also like to have a go. But when it came to putting the harness on, he point blanked refused. So it turned out to be a pretty boring three hours for him. He can be so stubborn. But Charlie loved it and it was so convenient having it right next to the campsite. 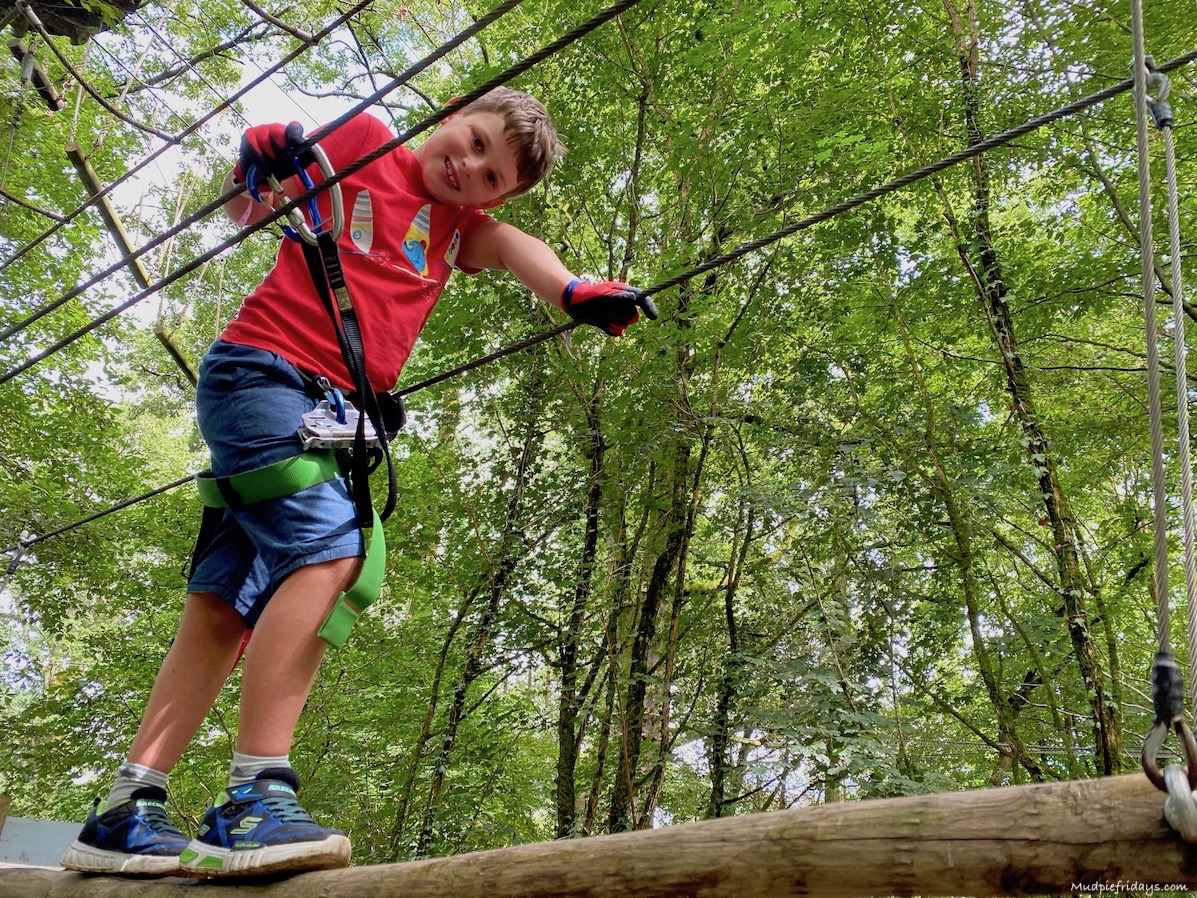 Today we explored the campsite first thing before anyone woke so I could get some photos. The boys spotted the pool and the slides and were desperate to give them a go asap. So the morning was spent at the slides. They had a slower longer one which was suitable for Harry and then a short fast one that went into a deep pool that Charlie loved. It was the first time during our break I wished I could be in two places at once so I could keep an eye on both of them. 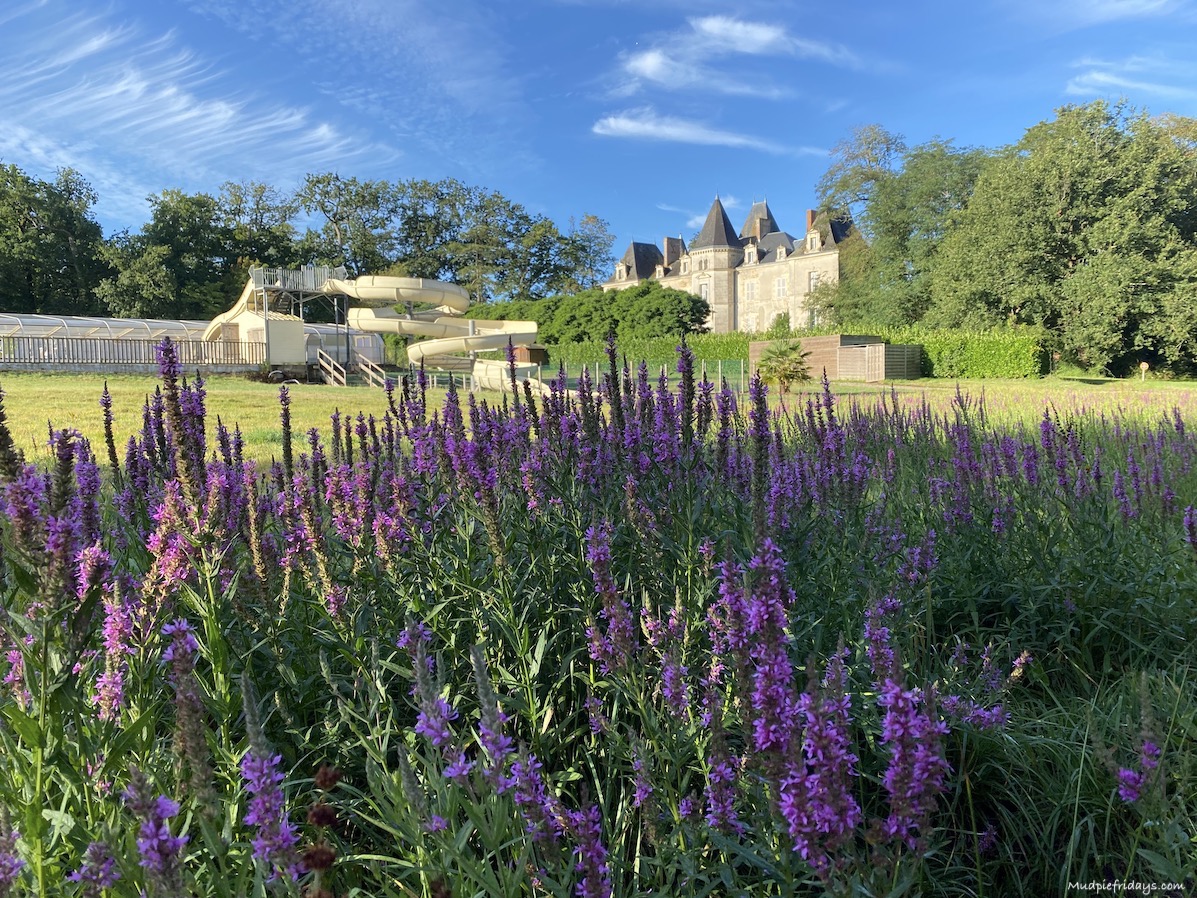 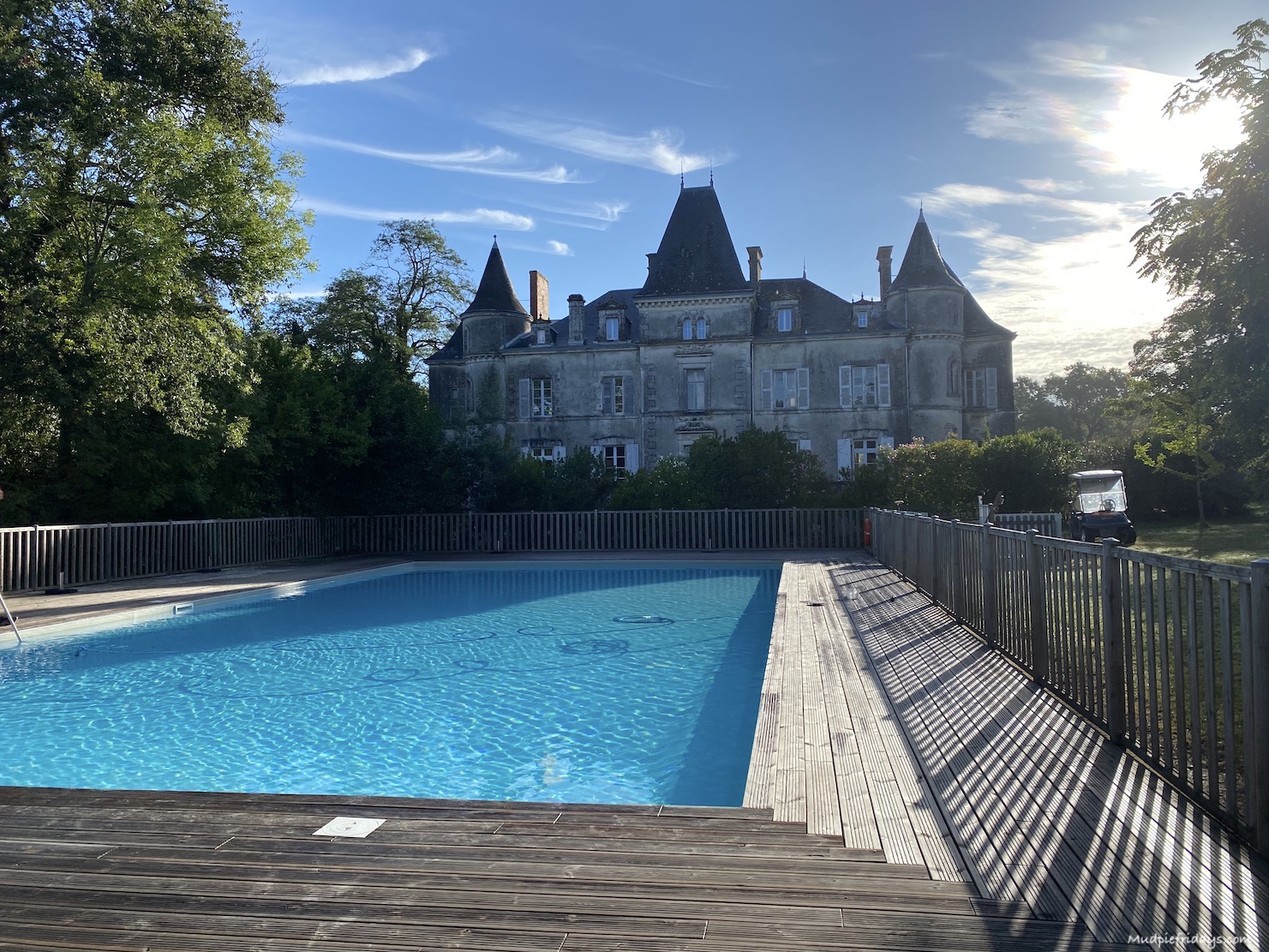 In the afternoon we headed out to the salt marshes. I didn’t think we would be there that long and had planned to visit the local beach and have tea there. But in the end, we stayed into the early evening the boys loved it so much. They even got the opportunity to harvest their own salt which they both thought was amazing. As we left so late we ended up trying out the restaurant on the campsite which actually wasn’t too bad and reasonably priced. Plus the boys could play on the bouncy castle which was right opposite. 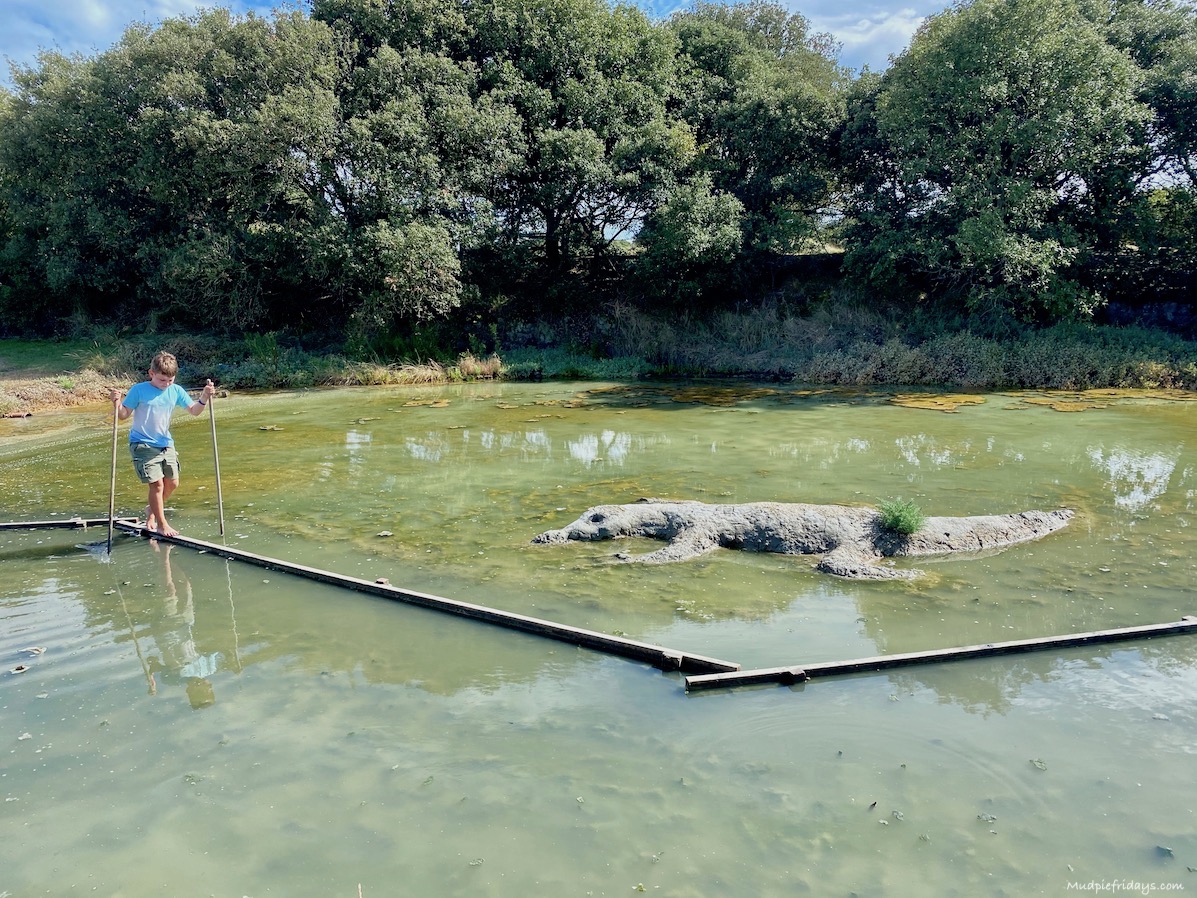 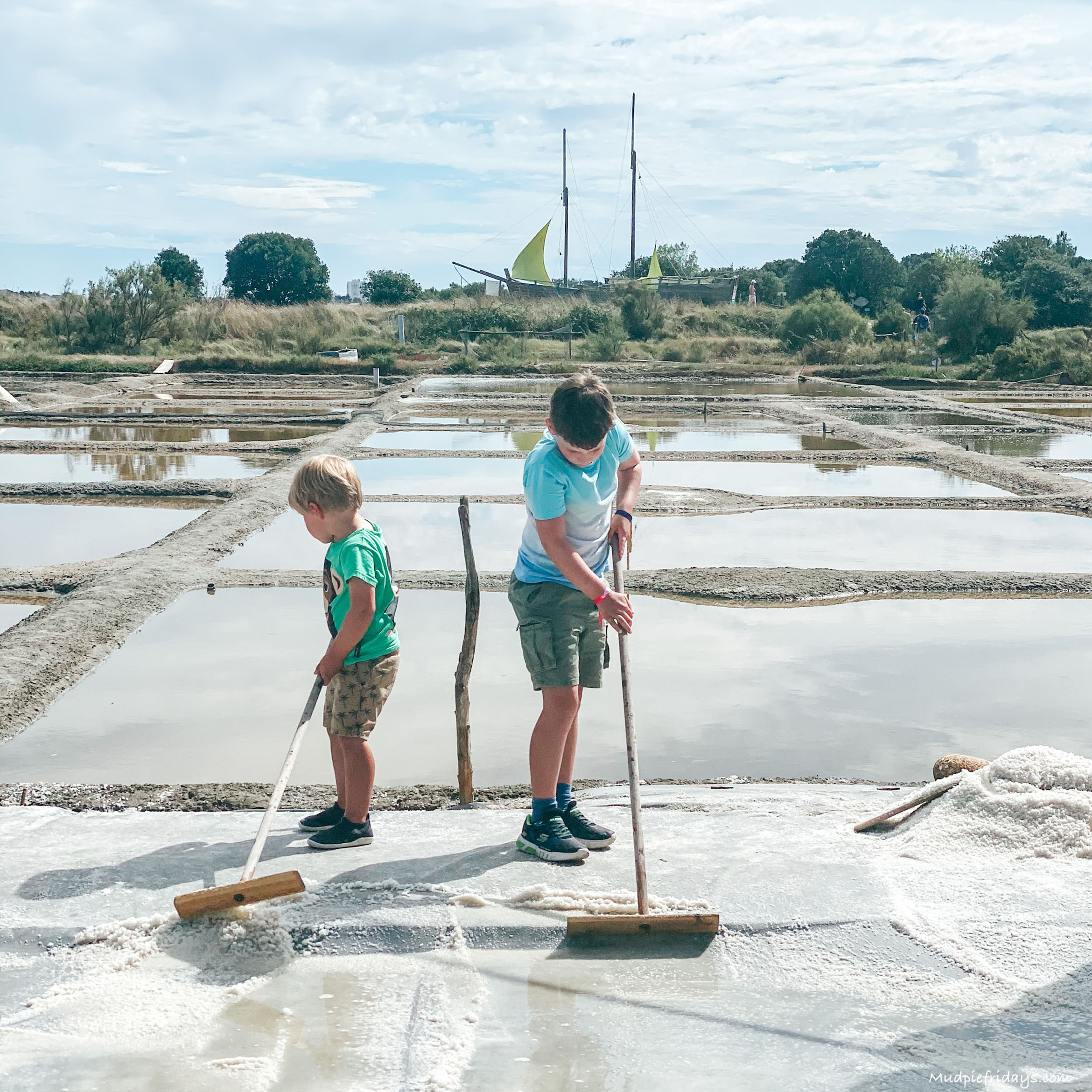 So sad our last day in France – but we did go out on a high. I had booked some tickets for the mechanical elephant in Nantes before we left the UK. The other attractions at the machines you just needed to queue up for on the day. It was a wonderful day out and again something I am hoping to get to share here when I get round to writing about it. 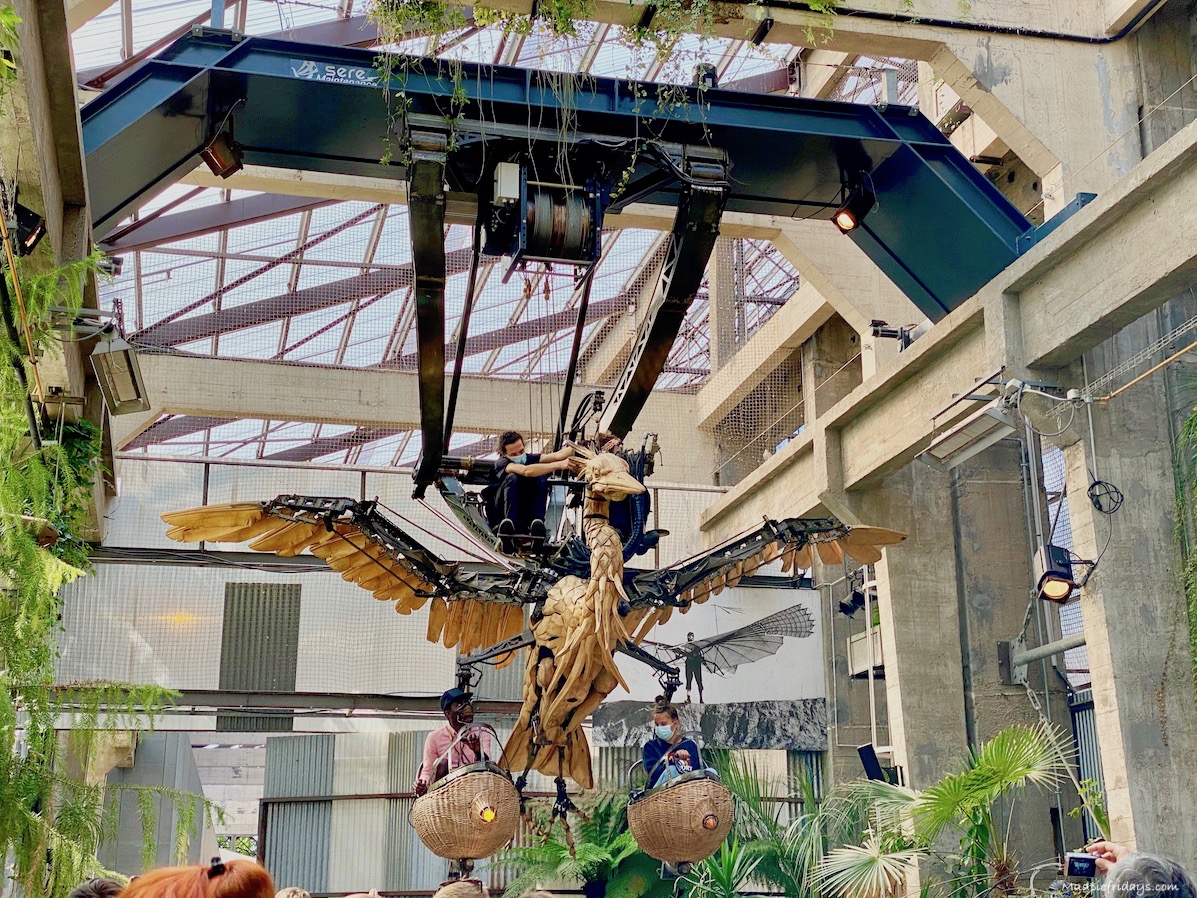 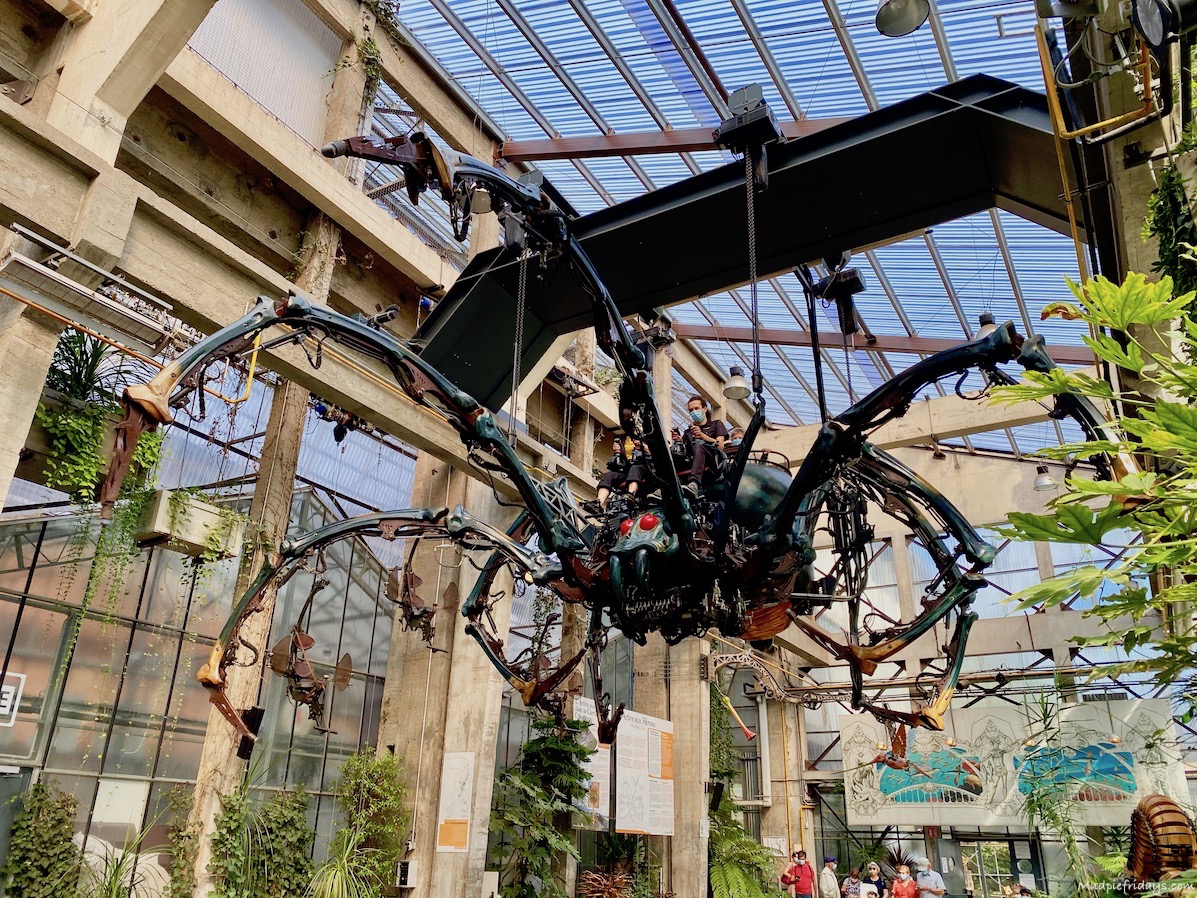 We went into the museum first, but it was really interactive with lots of demonstrations of the mechanical animals.  It took about an hour in total and included a huge spider which was a right spectacle.  After this the boys were hungry so we headed to get hot dogs and a drink before our booked ride on the elephant. I had no idea that it also sprayed water and loved to drench both the spectators on the floor and its passengers. 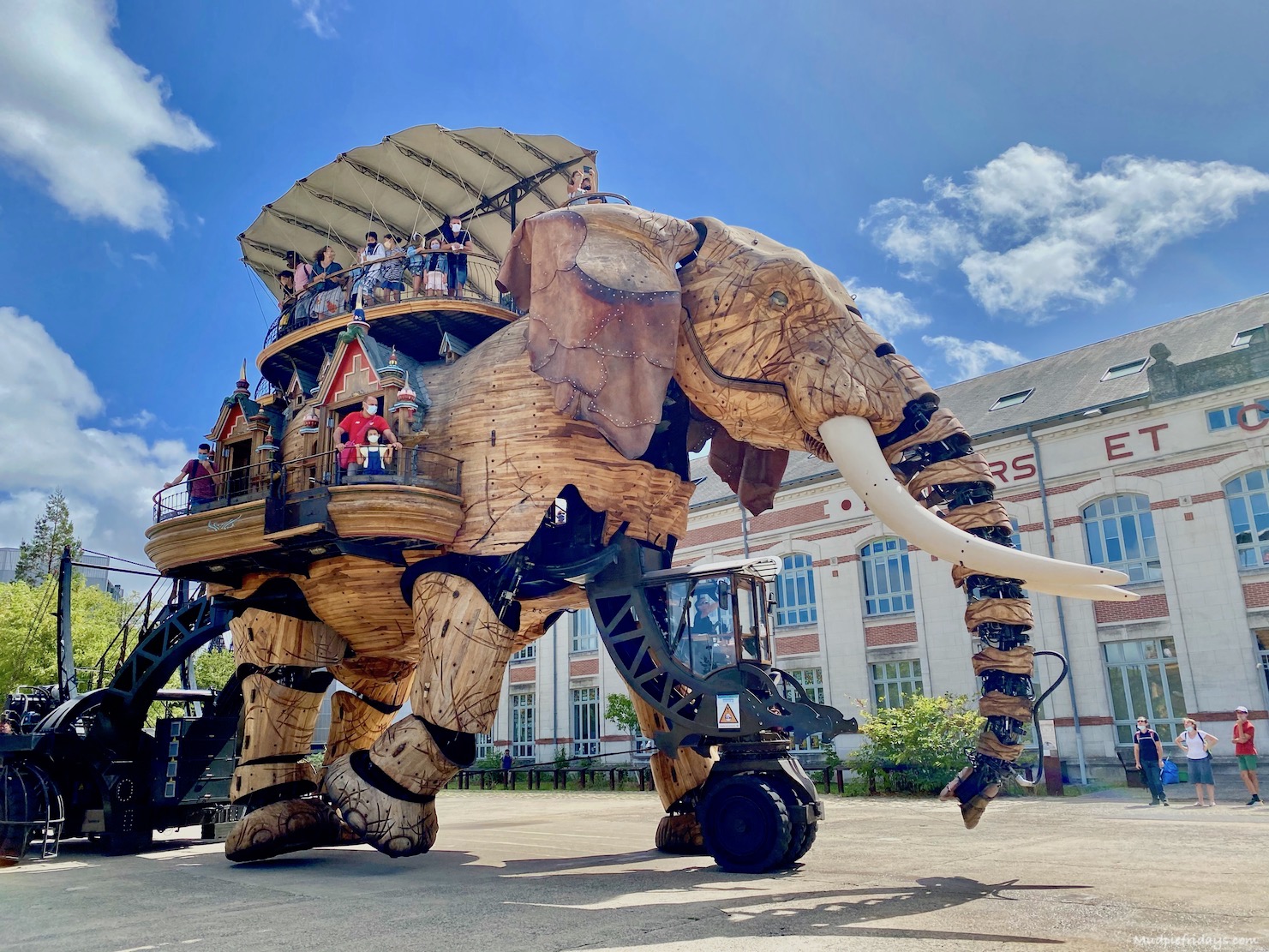 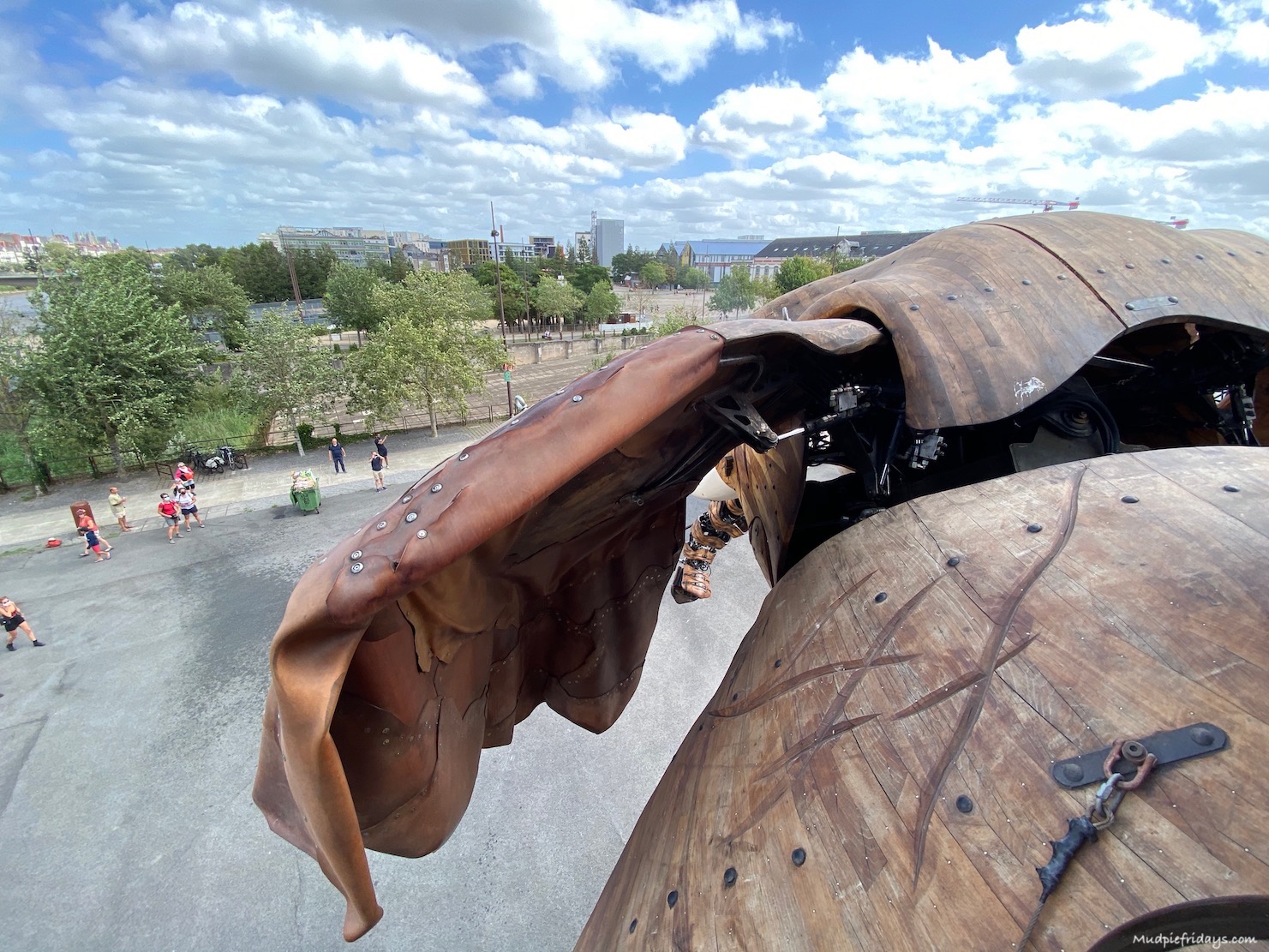 After our ride, we headed to the carousel where the boys could choose which animal or sea creature they could ride on. Charlie chose a rather scary looking one that hung from the ceiling. You had to be 135cm to go on these ones and he made it by a hairs whisker.  I am hoping his school trousers will still be long enough when he goes back in a couple of weeks.

It was the perfect end to the holiday. 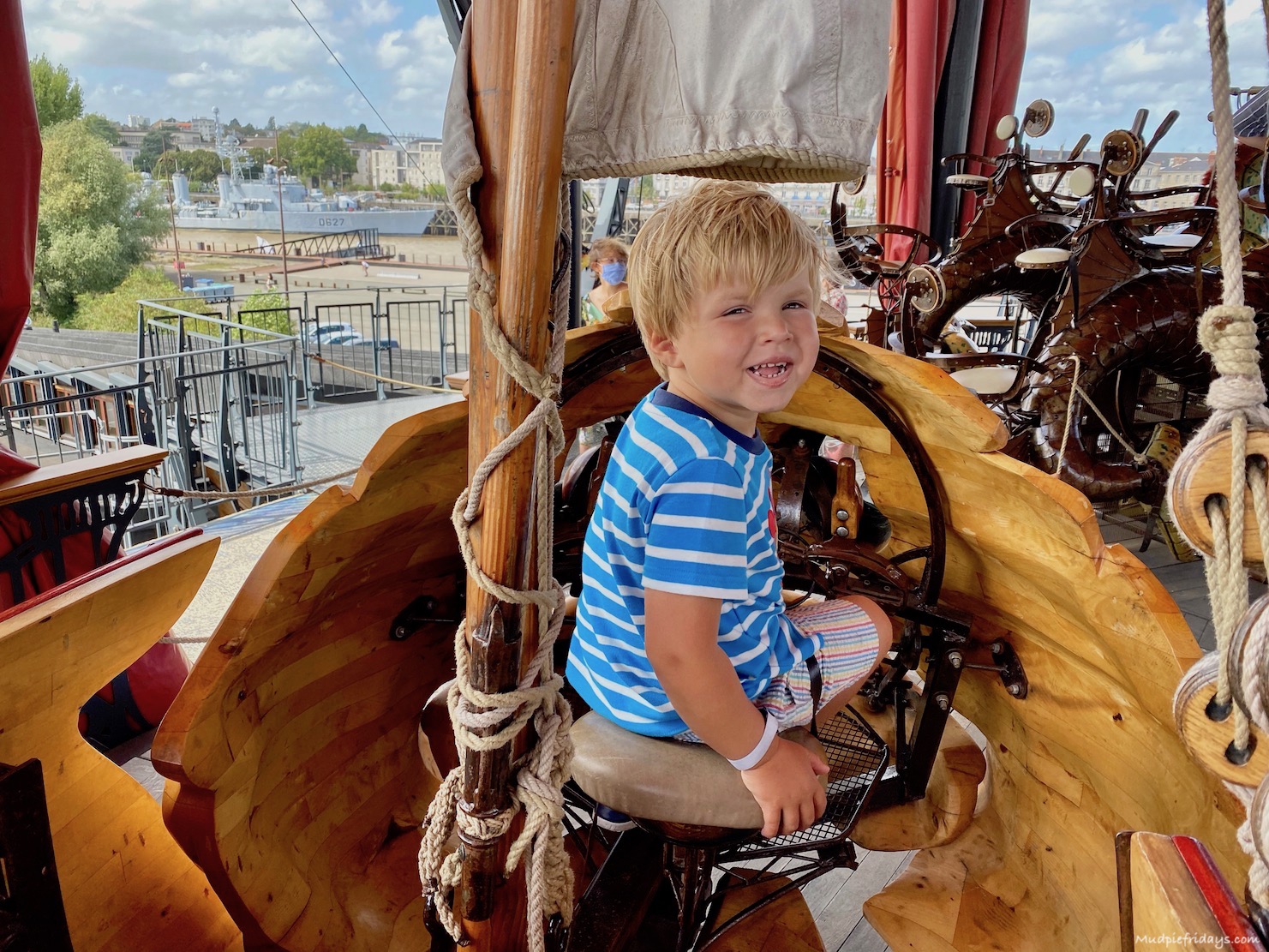 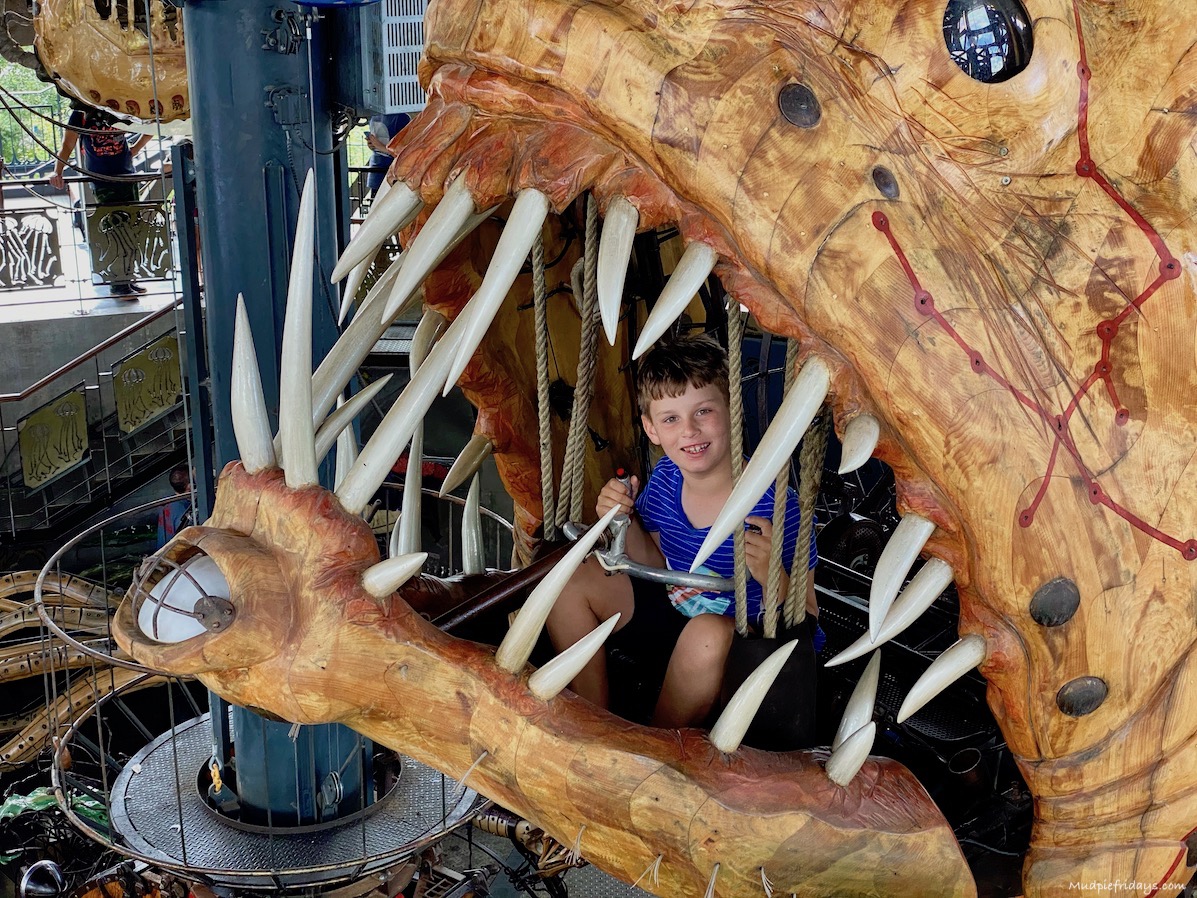 Started the mammoth unpacking and the washing. I think it will take all week for me to get straight which is just as well since I have next week off work.

Had a lay in! So tired probably something to do with the drive home. Also started to look at the vegetable patch it’s gone a bit mad since we were away. Our sunflowers are now over 7 ft tall! Hubby has been harvesting while we have been away so we made some squash soup to freeze and also some base tomato sauce since it seems they all went red at the same time. We have lots of work to do in the garden so will be spending some time in the next week out there trying to get straight and ready for the Autumn.

None. I had plans of getting lots written while away but it never happened. Travelling with kids on your own is hard when they are still so little. Hoping to make up for it next week and get some posts scheduled for when I go back to work. 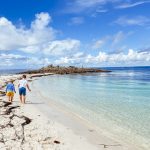 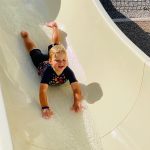