On Saturday morning we went to see Aliens Love Underpants at the Assembly Halls in Tunbridge Wells. As we had such a great time I wanted to share our experience. We don’t know the area very well, but the venues website gave us details of a large multi story carpark in the same road. Parking was easy and cheaper than I expected at £1.40 an hour. Monkey was fascinated by the fact the pay machine talked at you… To be honest so was I after I has jumped out of my skin!! A couple of minutes walk and we were at the Assembly rooms. I love theatres which still have the old signage up, it makes me feel nostalgic.

Unlike some theatres we have visited  they seem to have a much better system for booster seats. If you go down to the restaurant area you can ask there and they will give you one. Thus avoiding the free for all.

We didn’t really know what to expect and wondered how they would make the book written by Claire Freedman & Ben Cort into a show. The Big Wooden Horse theatre group is responsible for the production which lasts about an hour. Initially they ask certain members of the audience to tell them what their favourite pants are. Needless to say Monkey was asked and they were all up on stage making train actions and noises to represent Thomas the Tank Engine.

After some debate around whether or not they should run the show it opened with a 60s inspired Austin Powers number and video footage of  Armstrong stepping onto the moon. Monkey was hooked and stayed that way until about five minutes or so at the end when the obligatory audience participation song was going on. An hour is a long time for a three year old so he did pretty well. 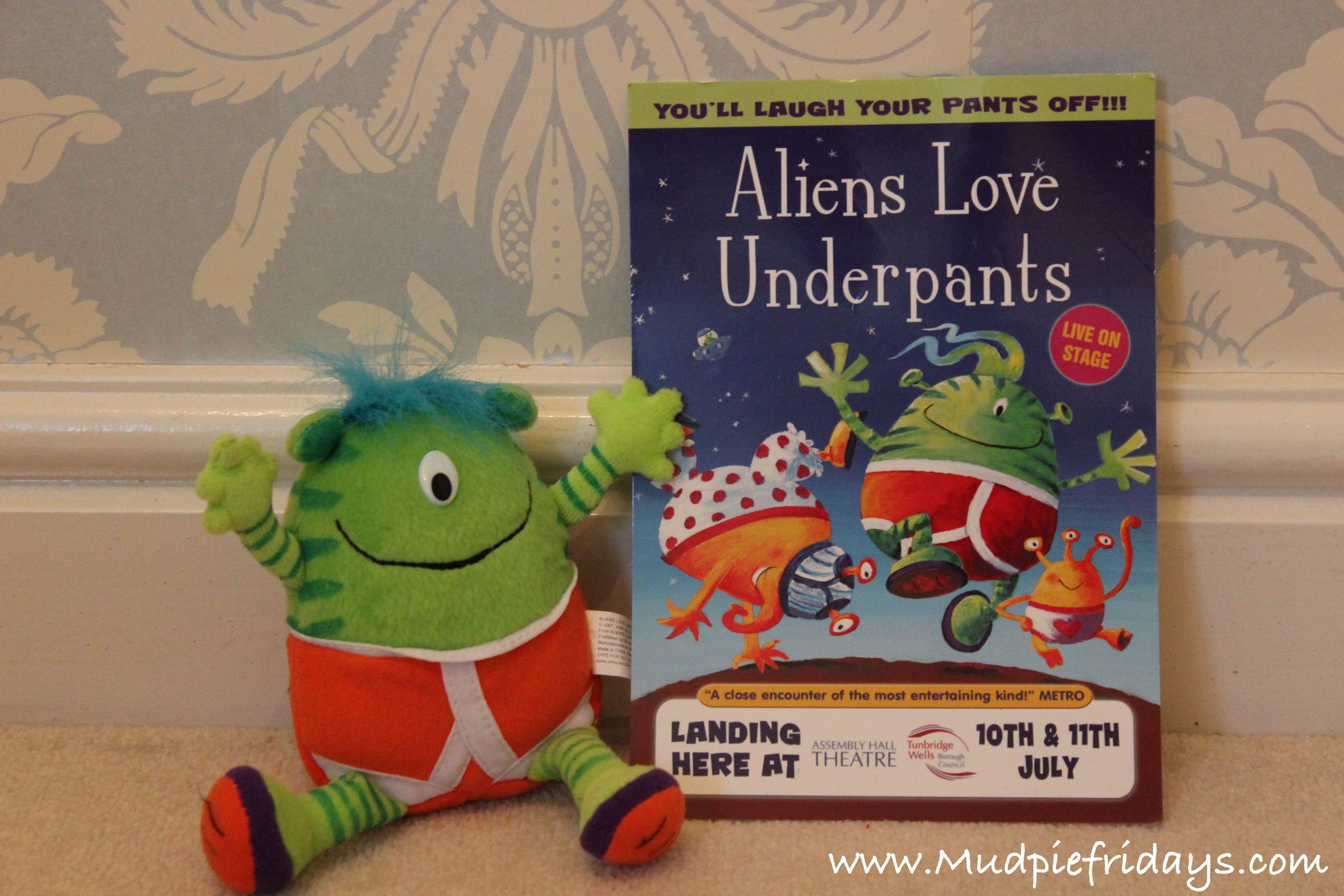 There was quite a number of scene and costume changes compared to the other shows we have seen but the five strong cast made the whole process look effortless. There was a reasonable amount of audience participation including some colour and shape recognition during a trip to the pant shop. I must also say at this point the sound effects were very good.

Initially the aliens made an appearance in neon paint – which was very effective, this is when they stole the pant washing line. In the car after Monkey said this was his favourite part, it was cleverly done. I do remember at the time an excited little squeak coming from the seat next to me!

Once in Timmy’s bedroom the aliens became puppets. They were well controlled and made some fantastic noises. I think the puppets were my favourite part. They all board the spaceship for planet Janet where Timmy becomes King and sees the pant hall of fame. I think the comedy here is definitely aimed at the adults in the audience and raised a few laughs!

In summary I would certainly recommend this show to others, an hour is a little long for a 3 year old but then he is right at the end of the age scale for this show so it doesn’t surprise me.  The cast is very talented and well rehearsed – mind you they need to be with all the costume changes!