First Birthday Time Capsule: Still on the birthday theme I thought I would share Monkey’s first birthday time capsule. I must admit I am a bit of a hoarder when it comes to memorabilia even before I had a little one. So it was only natural for me to have the urge to put something together to commemorate his special day. I remember researching the internet hoping for a ready made list of possible contents but failed miserably! So this post is essentially just that, a list of ideas you could use to create your own special first birthday time capsule.

Ours is not a true time capsule as it’s not sealed and it ended up being quite a bit bigger than I originally planned! As his first party had a Hungry Caterpillar theme I wanted the time capsule to match and brought a 12×12 inch storage box from The Works.

My favourite item is a little scrapbook I put together along with photos I included details on the following:

The plan is to give it to him at a special birthday in the future, such as 16,18 or 21. Just going through it tonight has reminded me of what a special day it was, I really hope he will love it as much as we do when we give it to him. 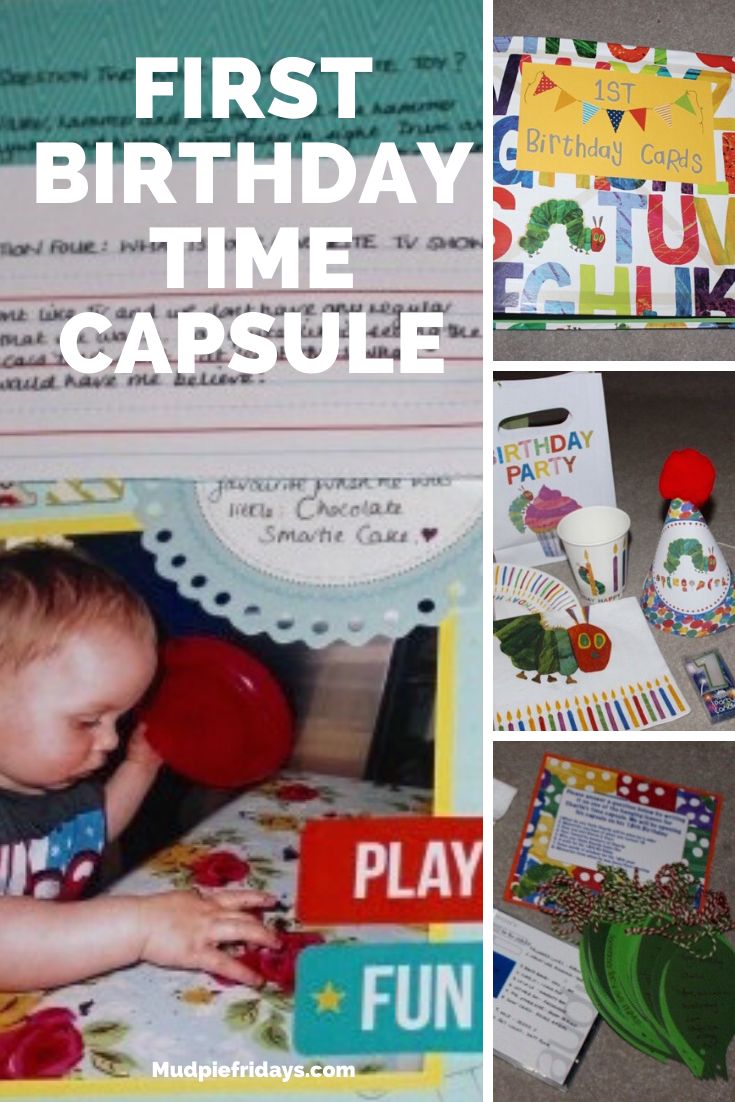 10 Things that make me Happy