I was in Sainsburys the other day nosing around the craft bits when I noticed some foam face stickers which showed different emotions. I have been wanting to start to try and talk to Monkey more about the way he is feeling and his emotions.  I am sure a number of his tantrums are just down to pure frustration because he can’t find the words to explain how he is feeling at the time.

With this in mind I thought about using these stickers to create an emotional clock. In order to do this you will need: 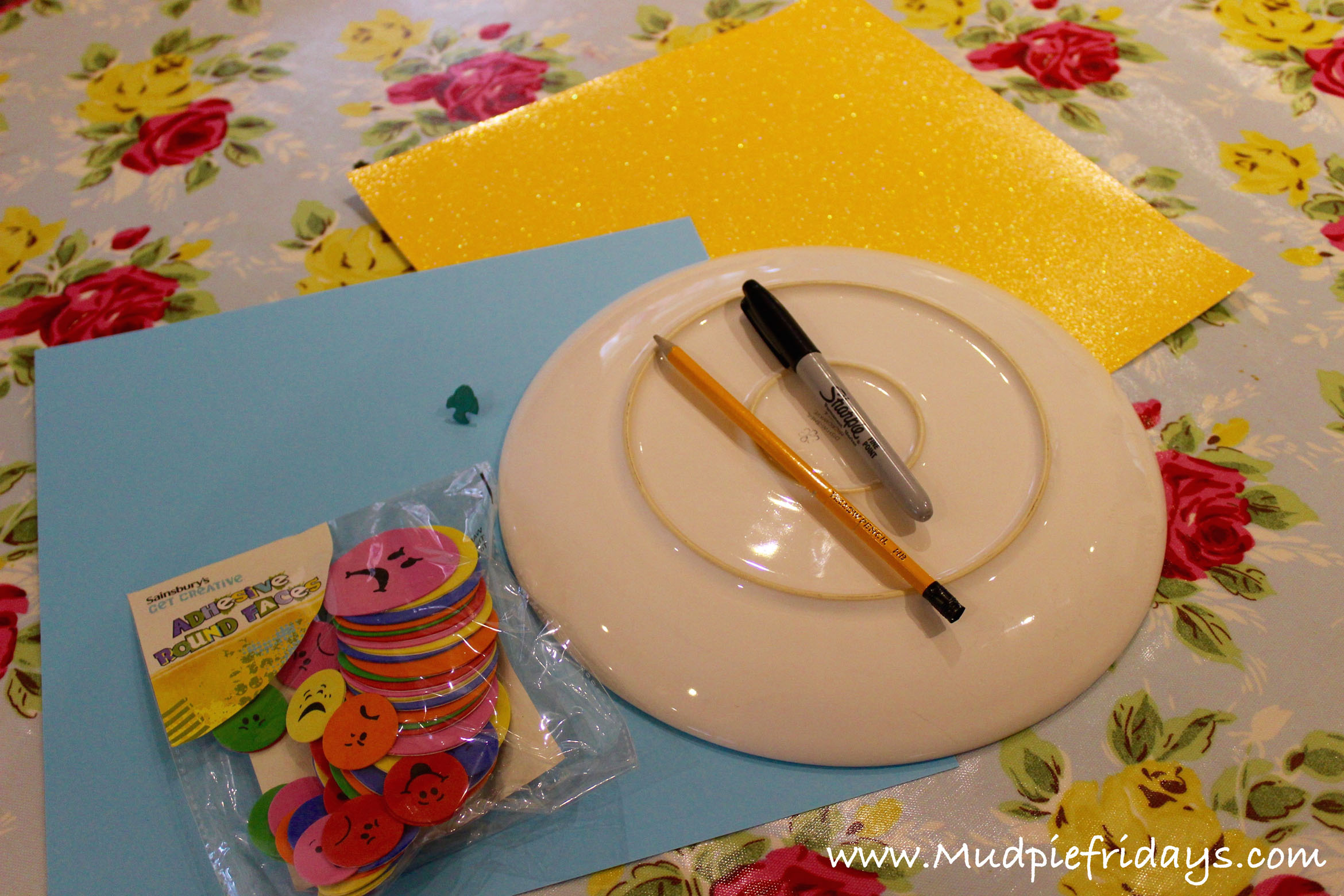 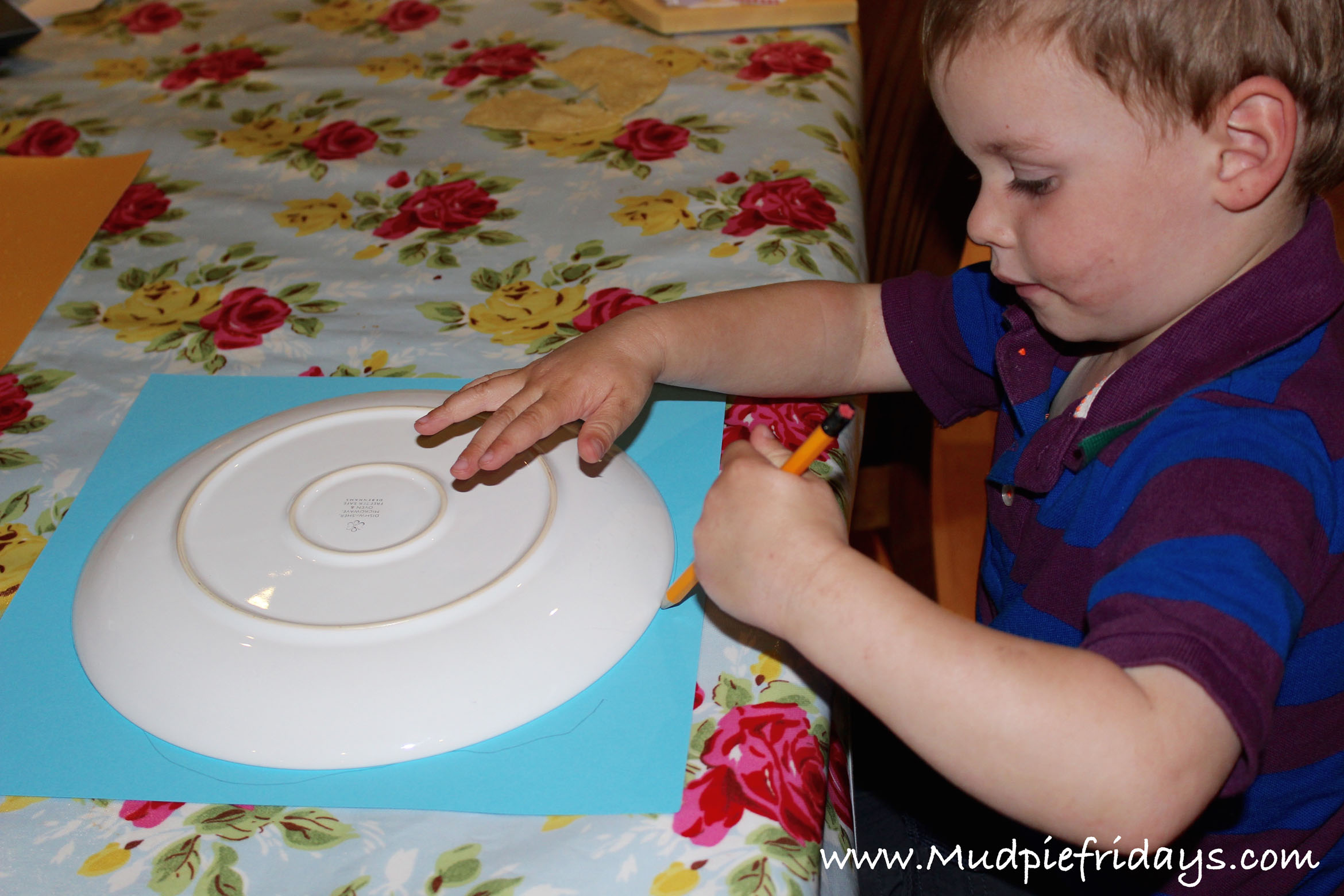 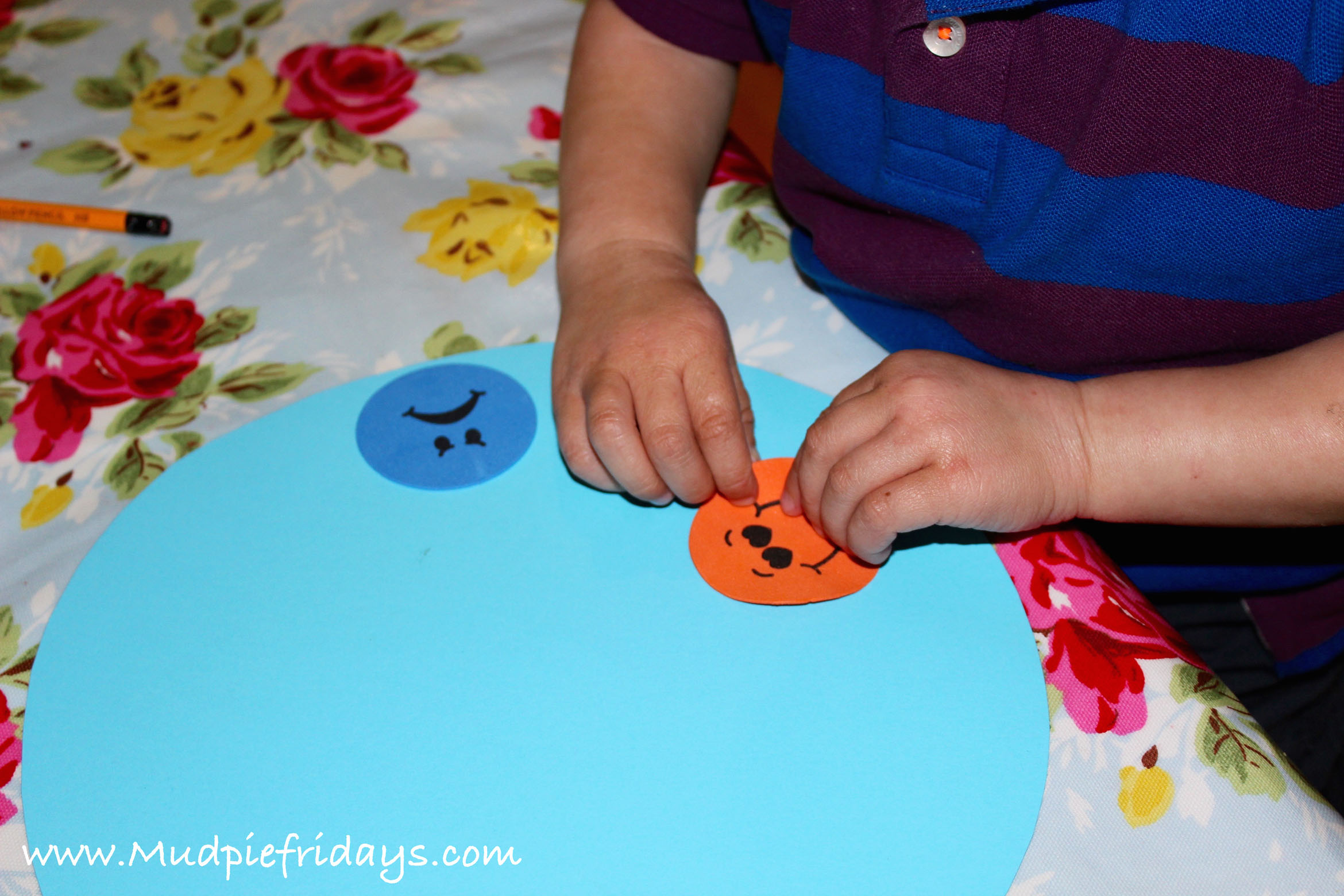 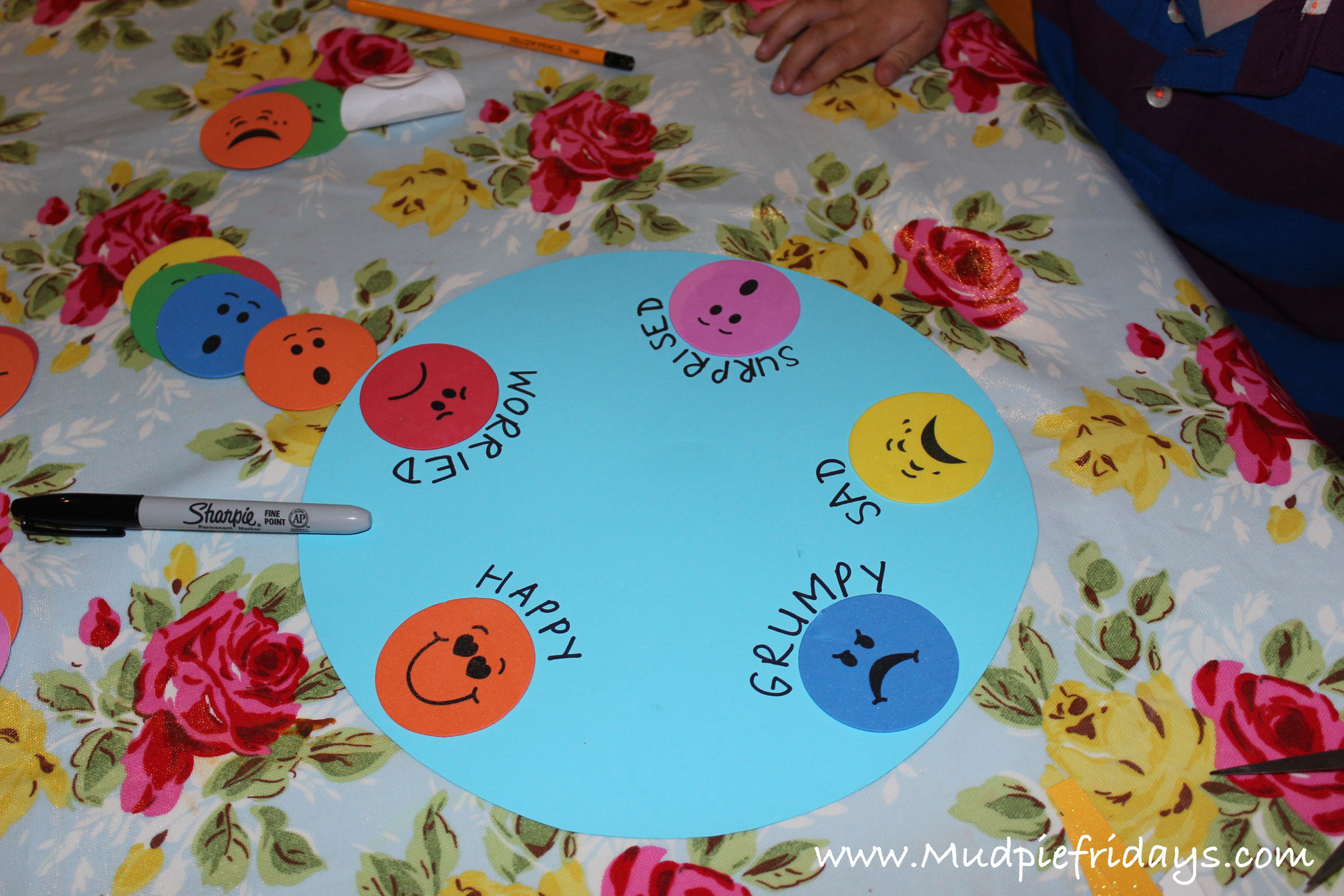 We used the brad to attach the arrow cut from the coordinating card to the centre of the clock. Monkey started playing with it straight away – he decided he was feeling happy and that daddy was grumpy!! 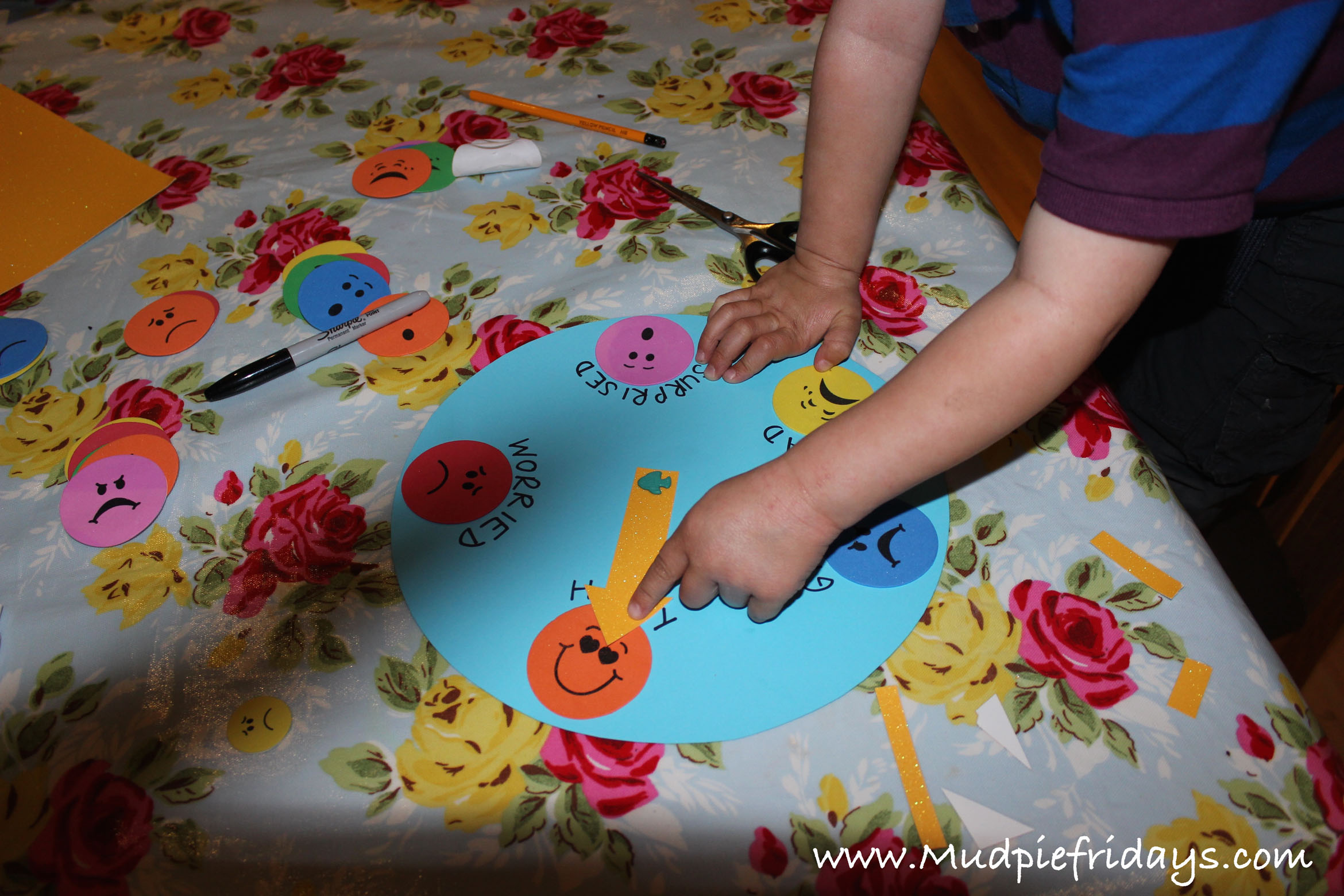 I decided to put it somewhere within easy reach so stuck it to his wardrobe (we added a couple of the smaller stickers too), he decided he was feeling grumpy when it came to bedtime – that figures!!  He is also going to be looking at it first thing in the morning, which could be interesting since he’s not keen on going to nursery at the moment. 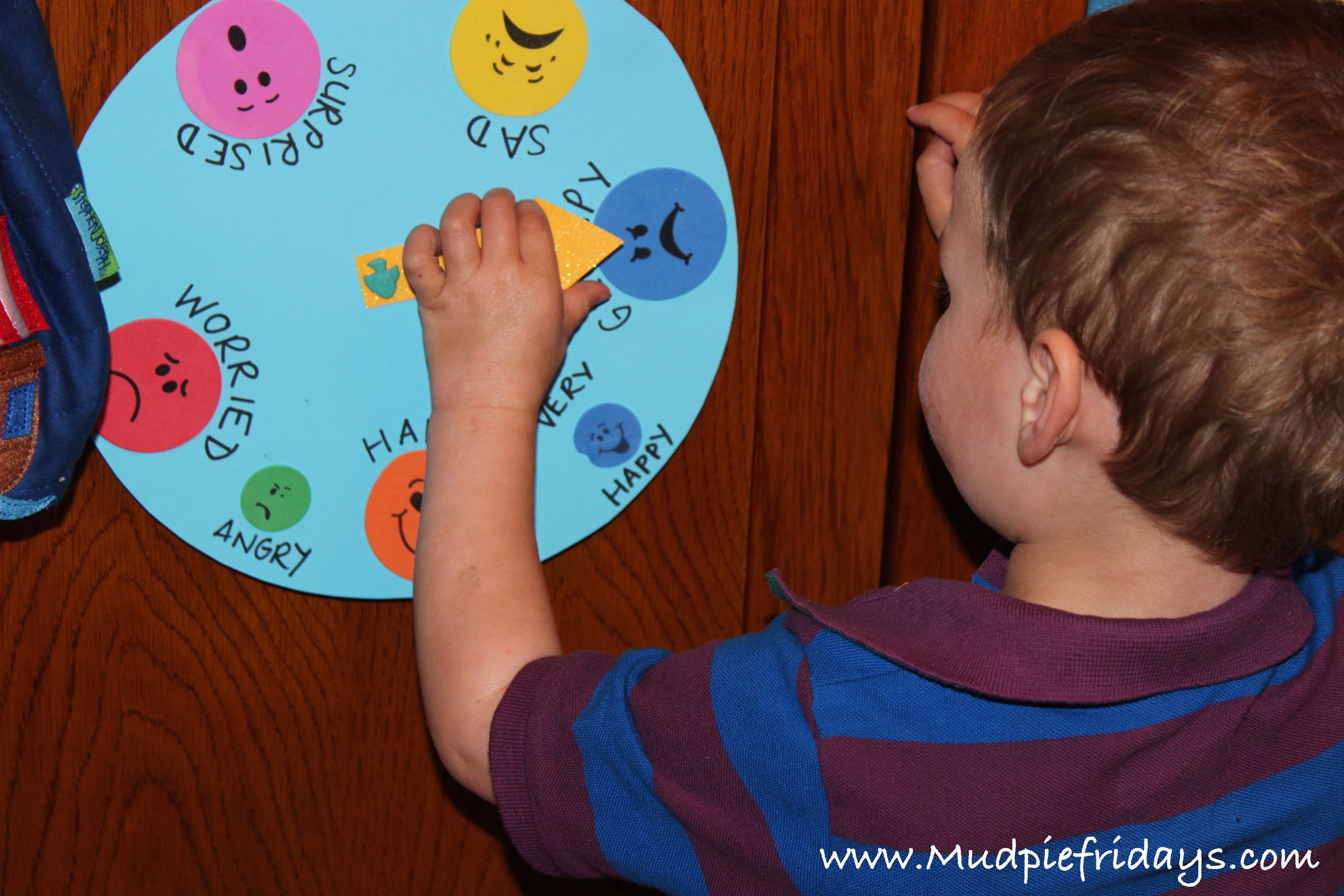 Creating an Electronic Journal for your Child