I have started to try to teach Monkey his letters and Chicka Chicka Boom Boom is a great book to help do just that. Written by Bill Martin Jr & John Archambault and illustrated by Lois Ehlert the story is all about the letters of the alphabet racing one another up the coconut tree. A rhyming story which allows the child to call out the letters as you go. Monkey loves the book because its bright, colourful and punchy.

I wanted to bring the story alive a bit more and decided to try and replicate the coconut tree and the letters. I had seen an official softie version of them on Amazon but it was quite expensive. So I raided my craft cupboard and along with buying some small wooden letters and created something similar for under £10. 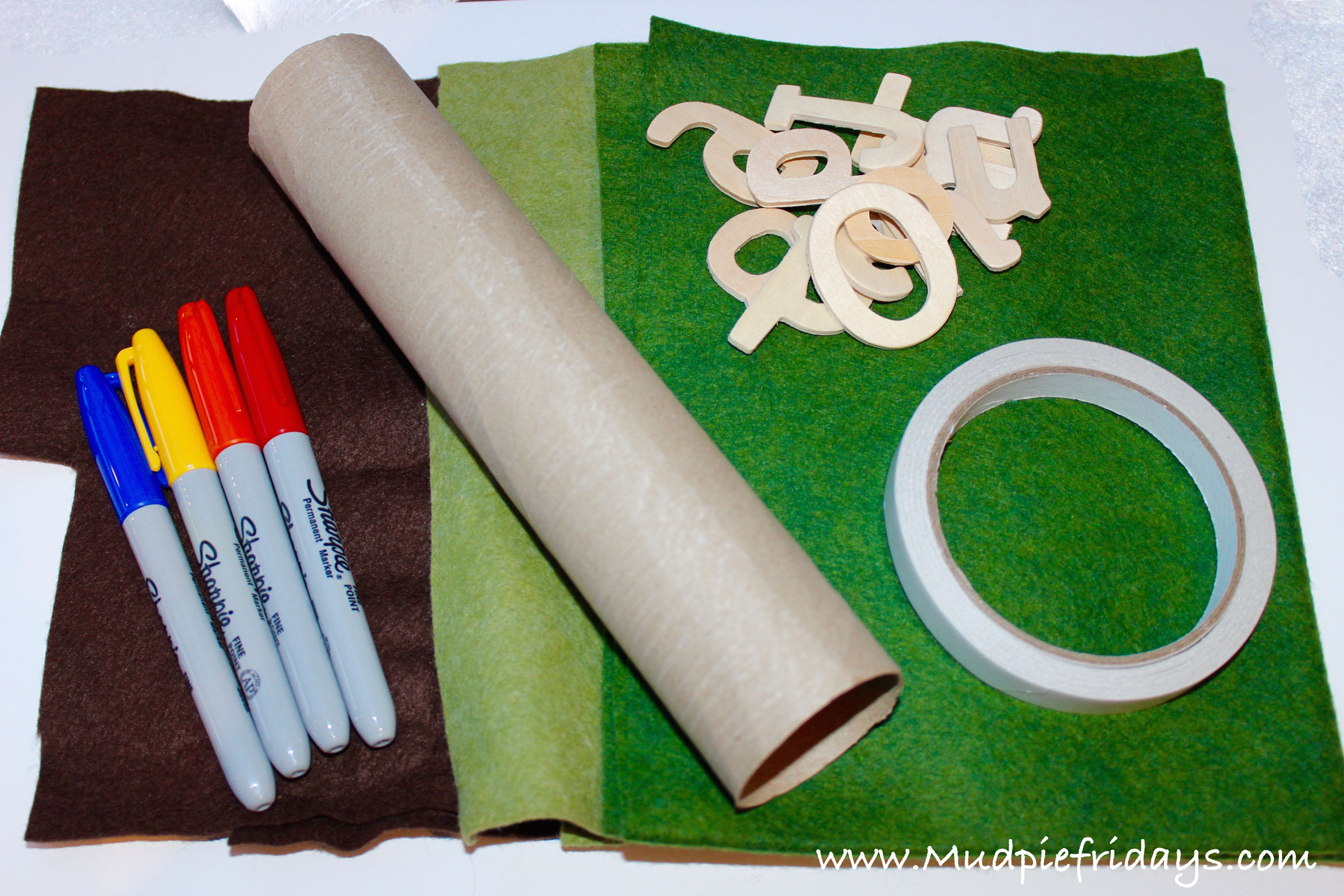 First wrap the kitchen roll tube in brown felt, I used double sided tape to secure it but any sort of glue would do. I coloured the wooden letters in with sharpies trying to match as closely as possible the colour of the letter to the colour of the one in the book. 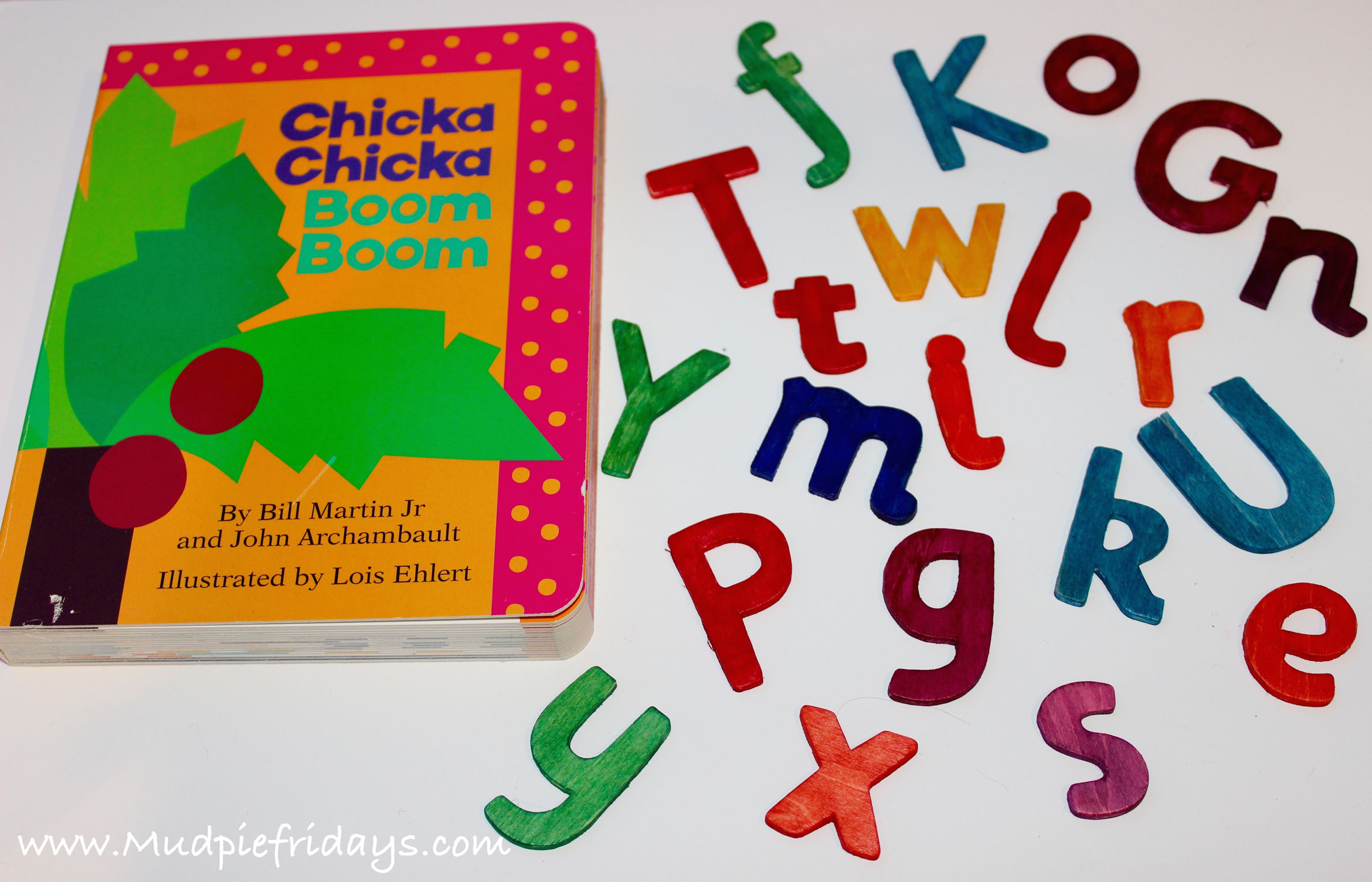 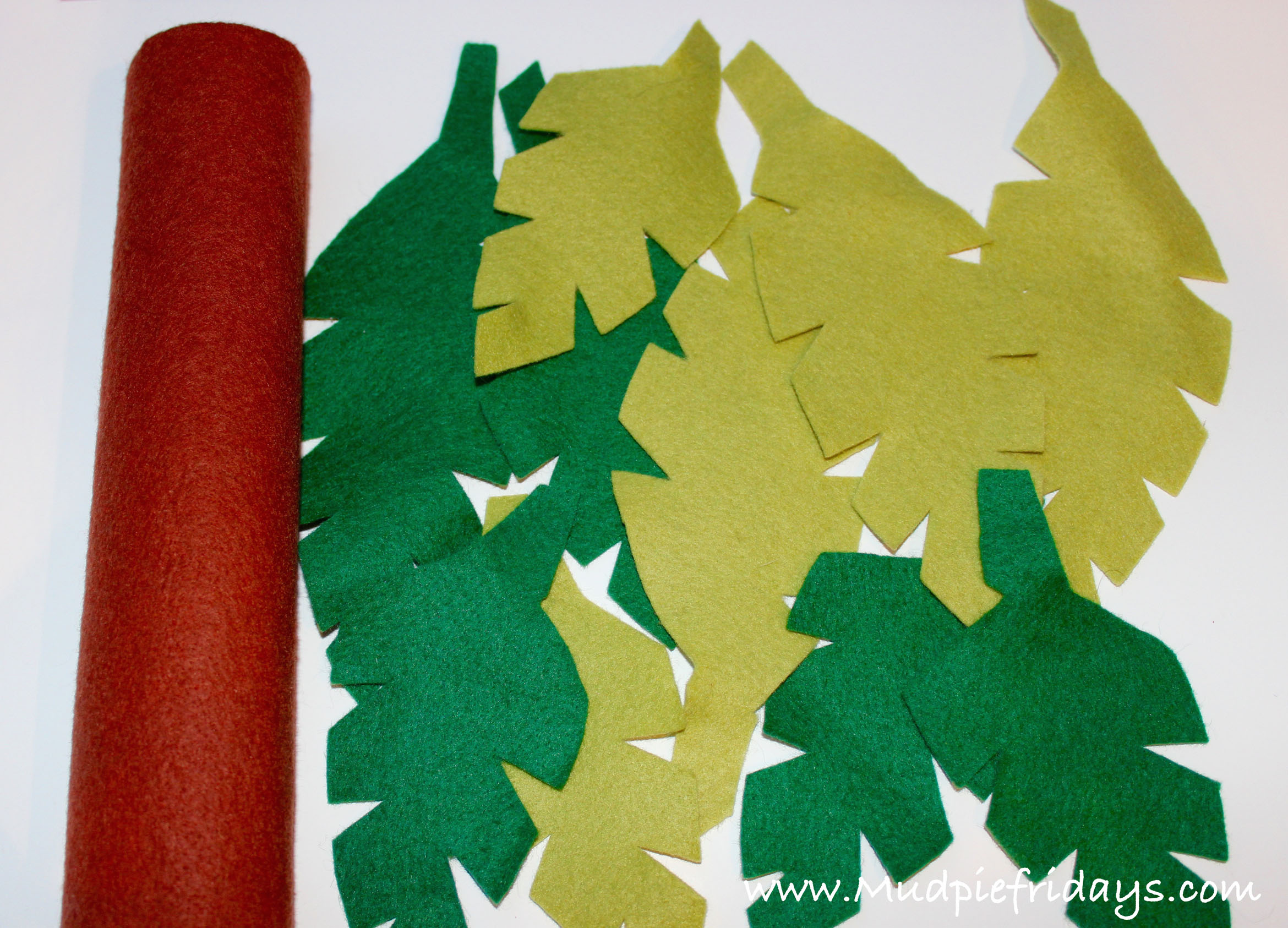 I then cut two different size leaf shapes in green felt. I tried to replicate palm leaves! Again using double sided tape to attach the top of the leaves to the tube. 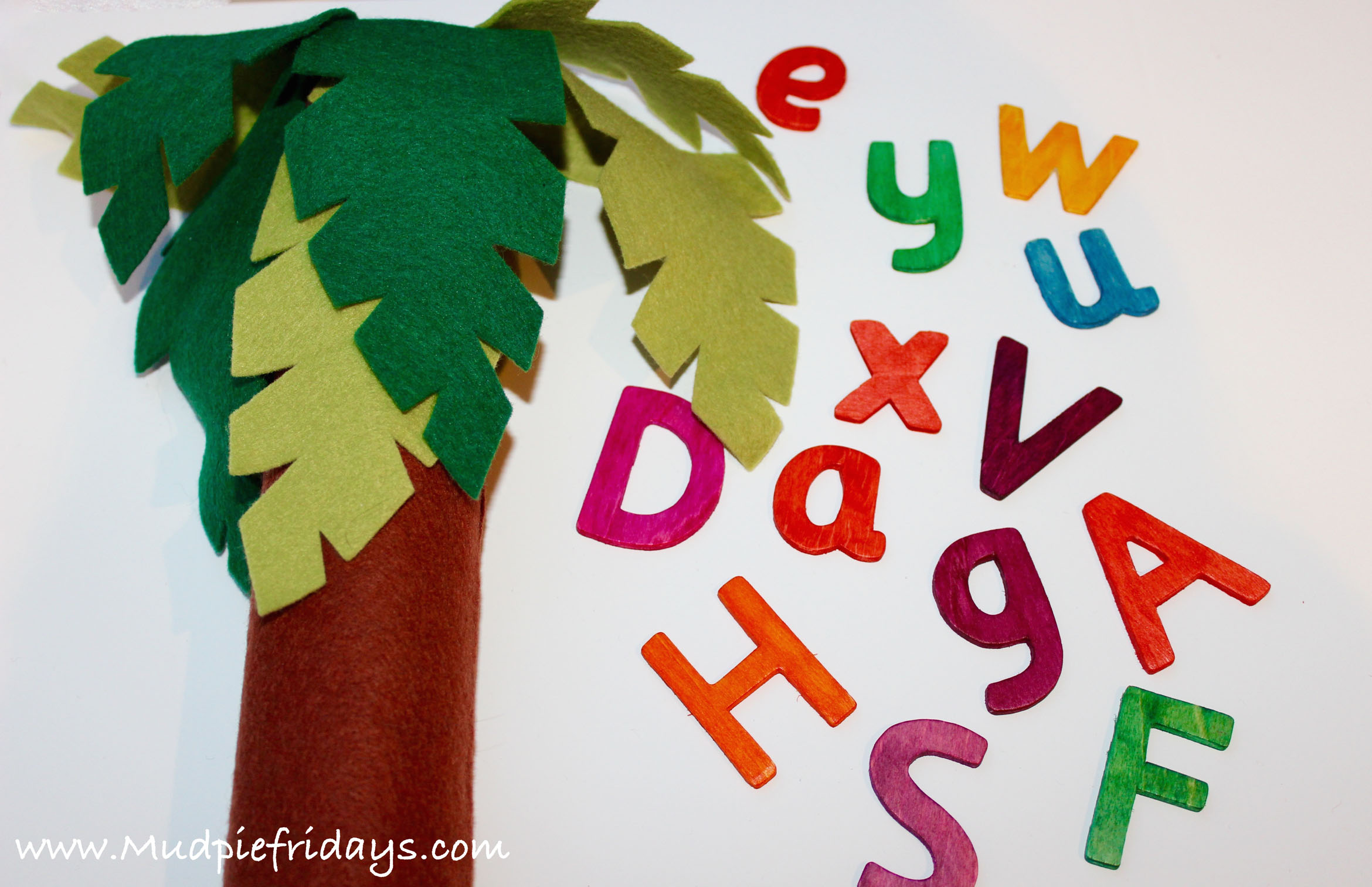 It really is as simple as that! As we read through the book Monkey will pretend to walk the letters up the trunk (tube) and into the top as if they are sitting in the coconut tree. We also match the letters to the pictures in the book. 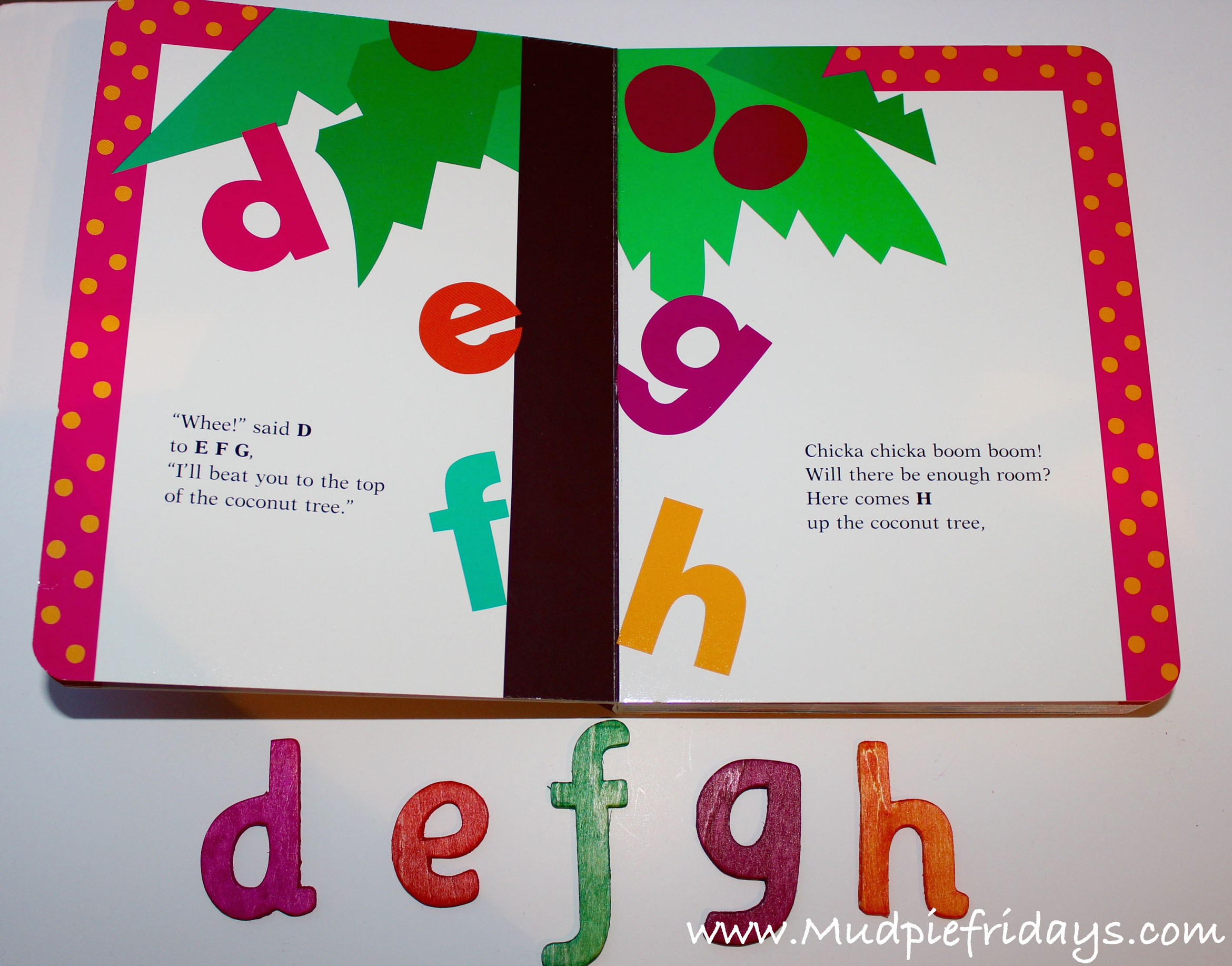 Although the book covers the whole of the lowercase alphabet it only has a few upper case letters, however for Monkey’s set I made both lower and uppercase letters, so that we can get more use out of it as his knowledge progresses.

What do you use to bring stories alive for your little ones?

Pink Lemonade Ice Lollies – How to Eat a Rainbow