One of our Summer Bucket List activities to to visit the zoo so last week we decided to arrange an outing to Howletts Wild Animal Park in Canterbury. We have visited before and loved it. Its a bit of a drive from where we are but its worth the 1.5 hours in the car, as they are home to the largest African Elephant herd in the UK. The elephants they home have over 8 acres to play in yet we always manage to see them close up with is fantastic. Especially as they are one of Monkey’s favourites. 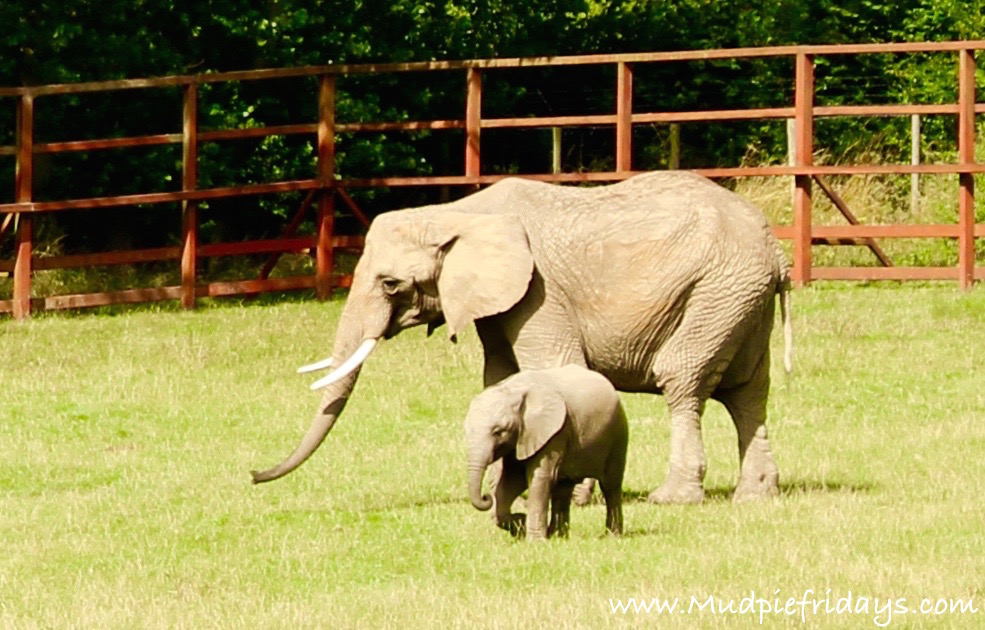 As well as the elephants they have some other big draw animals which include three Black Rhinos, Gorillas, Tigers and Lions. Howletts is part of the Aspinal Foundation which is a registered charity and they are so much more than a zoo. They have been running successful conservation projects for over 30 years, helping to introduce animals bred within their parks back into the wild. 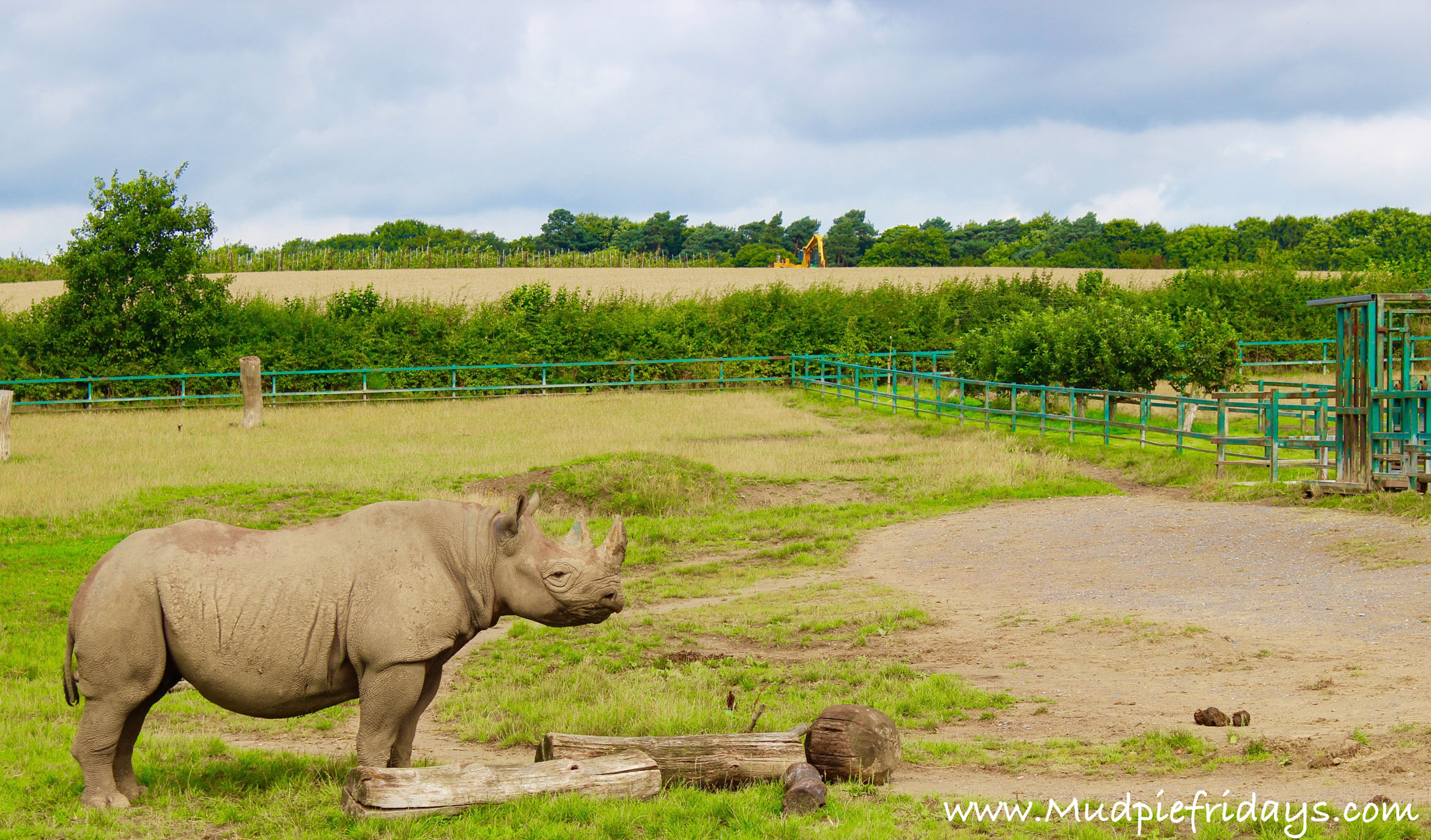 With a remaining population thought to number less than 800 the eastern black rhino is critically endangered The Aspinall Foundation parks at Howletts and Port Lympne have the largest collection of black rhino in the world outside of Africa. 35 calves have been born here so far. Our aim through it to return them to the wild – where it is safe to do so

How amazing is that? It became very apparent to us all that we were introducing animals to our three year olds that really could be extinct in the wild completely by the time they have children of their own. Andy maybe in captivity as well. Thats quite a sad scary realisation. 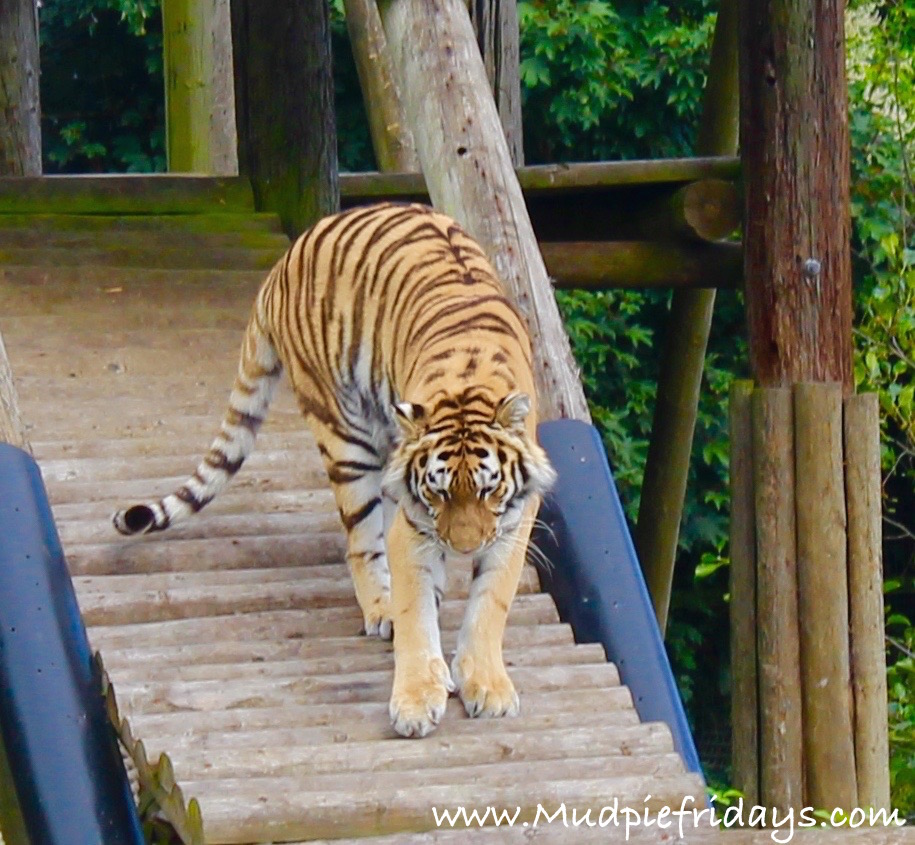 One of such animals are the tigers. The park is home to a pair of Sumatran tigers which are extremely rare. They are hoping that they will produce a litter in the coming months. It was lovely to have such a clear view of one of them sitting in the afternoon sun. She has been know to come straight up to the perspex windows before to introduce herself. Slightly scary! 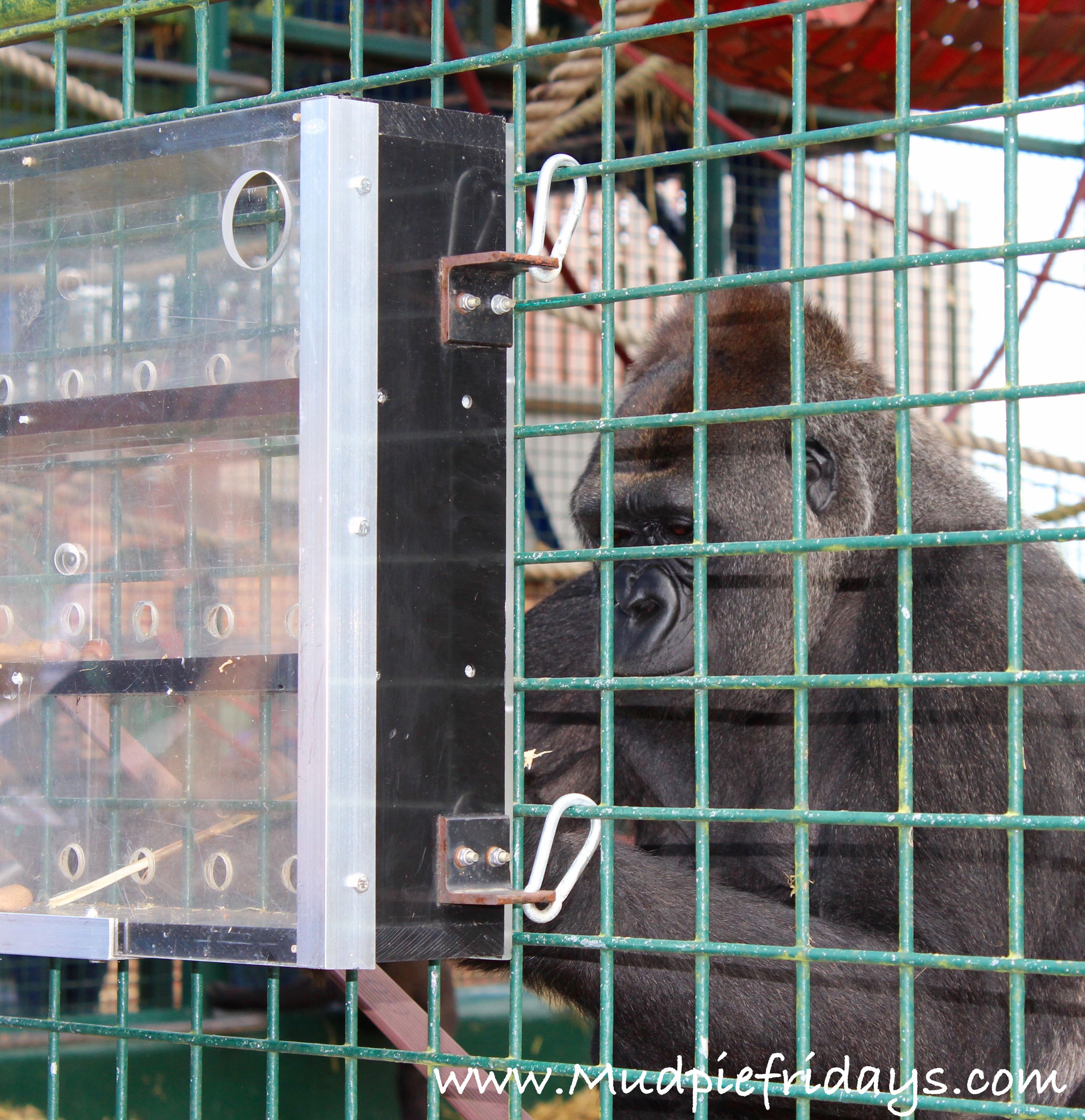 For some peaceful interaction (yes they were open to being talked to!) we headed next to the ‘old’ Gorilla enclosure. There are actually two areas within the park because they have been so successful. To date they have released 60 Gorllia’s back into the wild and had 25 births across the parks. We arrived at snack time and it was fascinating to watch the them getting nuts out of boxes with sticks poking them through the holes and pushing them along the different compartments. Monkey was mesmerised by it. You could get really close to them, there are signs up asking you to be quiet and respect the animals. There is also seating around the outside which affords you some reflection time if the kiddies will allow! I know the Gorillas particularly  touched one of the mummies I was with having never been so close before. I also struck up a conversation with one of the older Gorllia’s who was mildly interested in what I was doing! 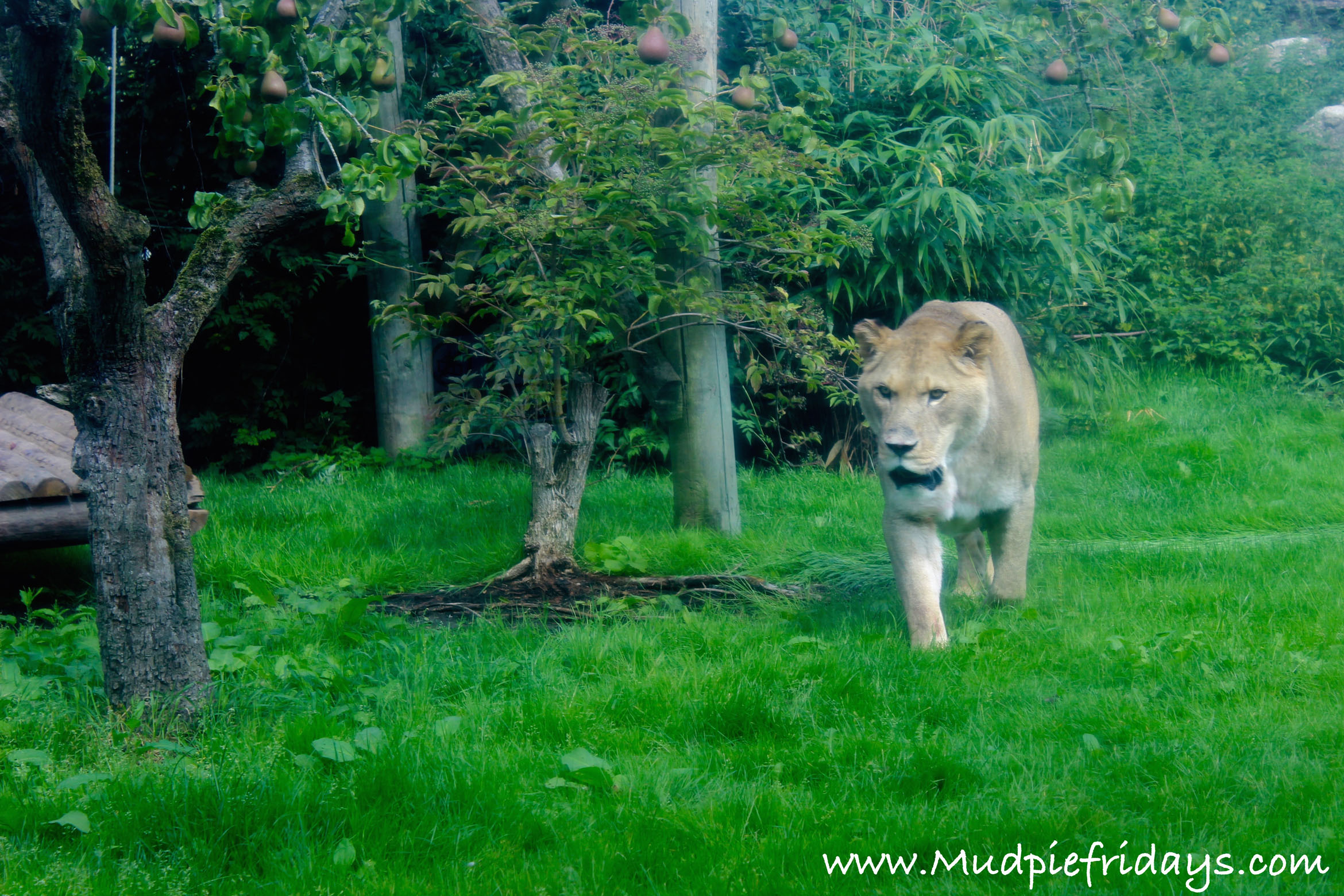 Other animals at the park include red river hogs, bongos, lemurs (walk through enclosure) african hunting dogs, lions, leopards, anteaters, servals, kudu, tapirs, macaques, gibbons, lynx, leopards and wolves. Even though the enclosures are large you never seem to struggle to see the animals regardless of the time of day you visit. 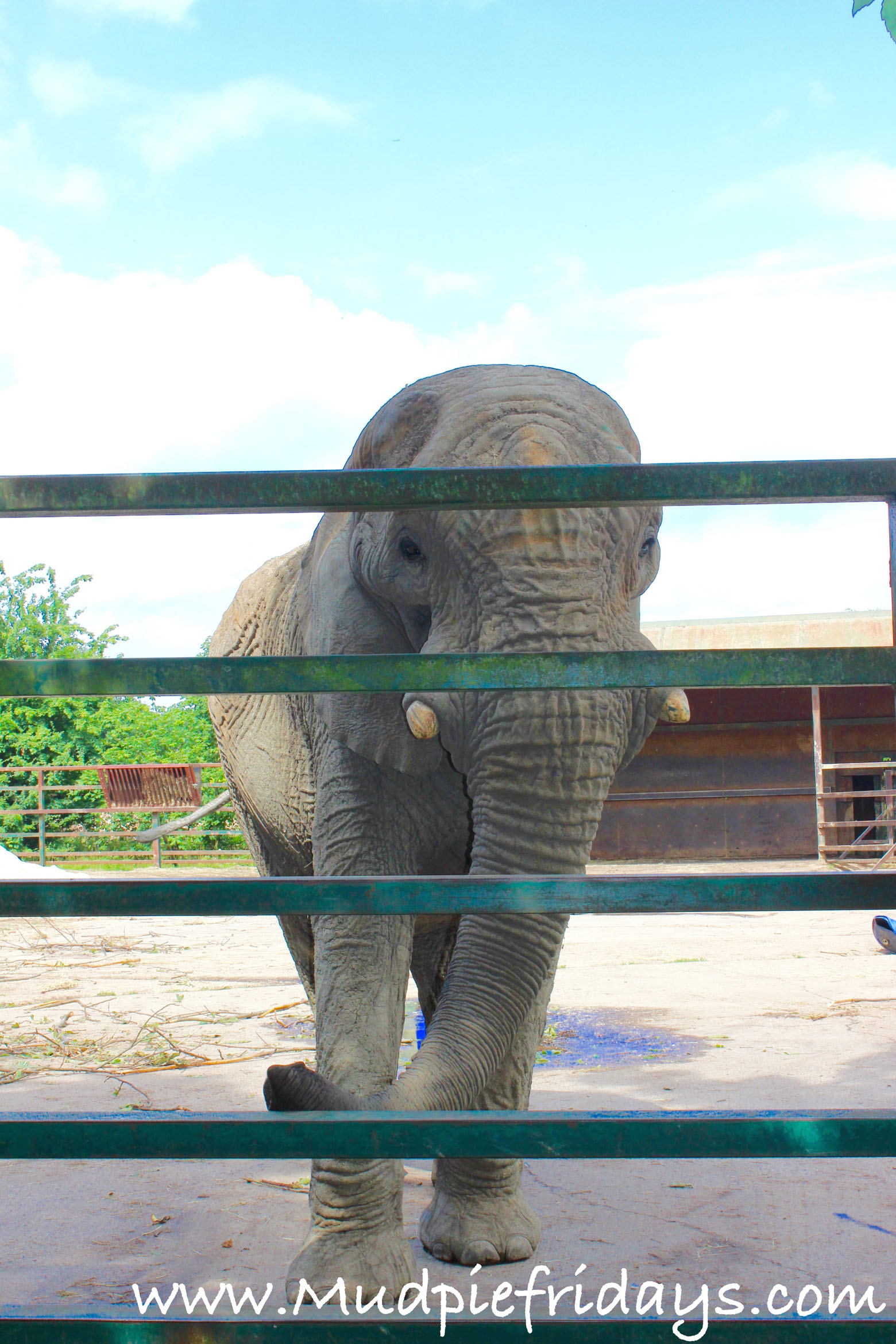 As well as the animals there is also a great play area with lots of picnic tables nearby. Its a great half way pit stop. There is also a snack bar selling burgers and hot dogs, as well as a sit down restaurant. The prices look reasonable, although we have always taken picnics with us.

There is a also a Tree Top Challenge for the older children with an additional cost of £7 per person, £12 for two. For the younger ones under 1.2m and aged between 2-5 years there is the Animal Adventure Challenge and costs £2.50. There was so much else to get up to that we didn’t try it out – maybe on another visit. While we were there the park was running an elephant week in the education centre, making elephant trunks out of recyclables. 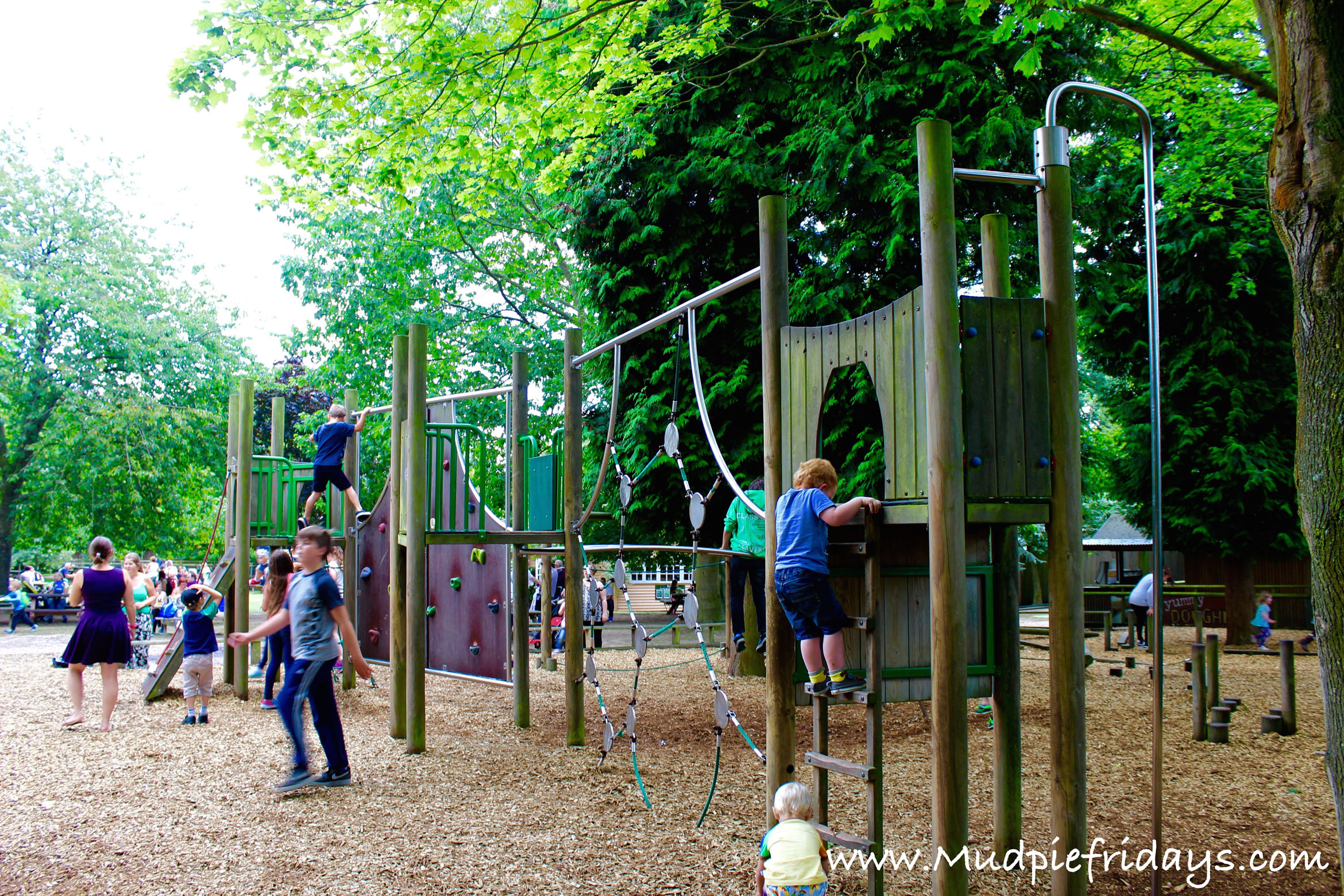 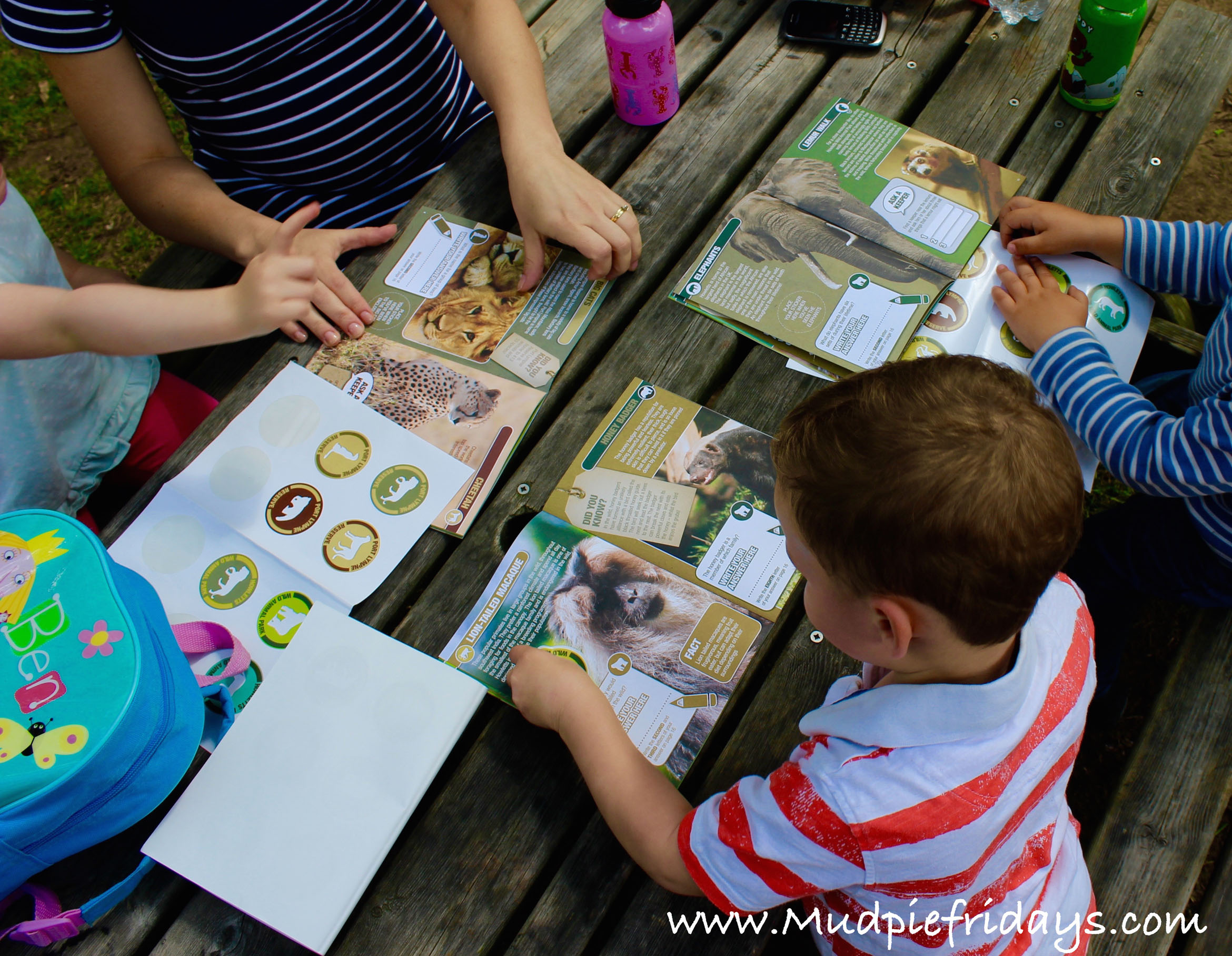 There were also free sticker books on entry which kept the kids entrained while they waited for the picnic. Buying on line in advance tickets cost £20.95 for over 16s and 3-16s are £16.95. The same price applies on the door. As we love it so much and have already visited three times in the last year I upgraded our tickets to a passport for an additional £10 each. This will give us unlimited entry for 12 months.

You can find out more about Howletts and the wonderful work of the Aspinall Foundation on their website – http://www.aspinallfoundation.org/howletts