Being part of the Orchard Toys ambassador programme we were asked to review the Magic Cauldron Game in time for Halloween. Of course we said yes, as their games have such great educational content and I have been working with Monkey on his numbers recently so hoped this would support this further. 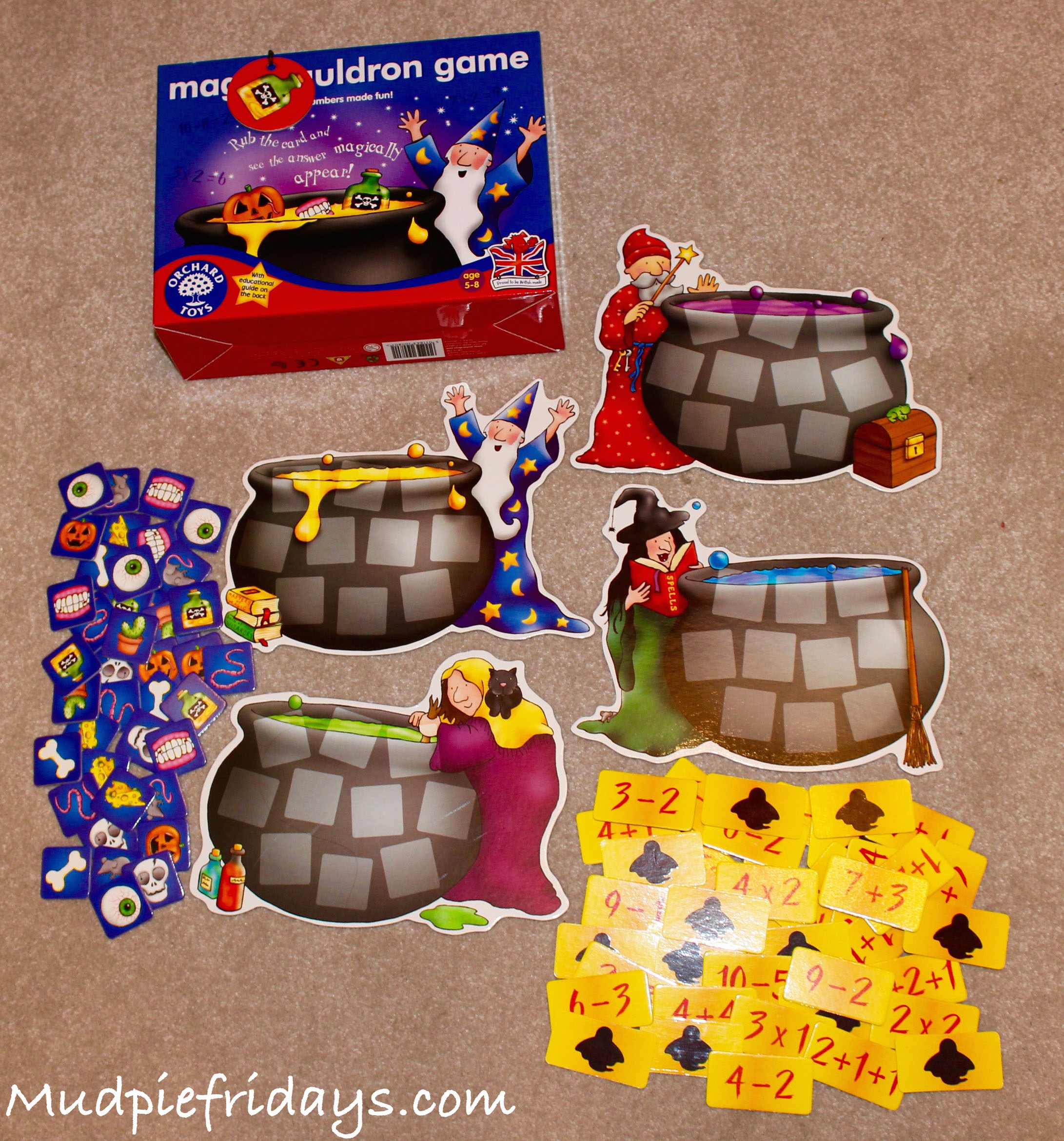 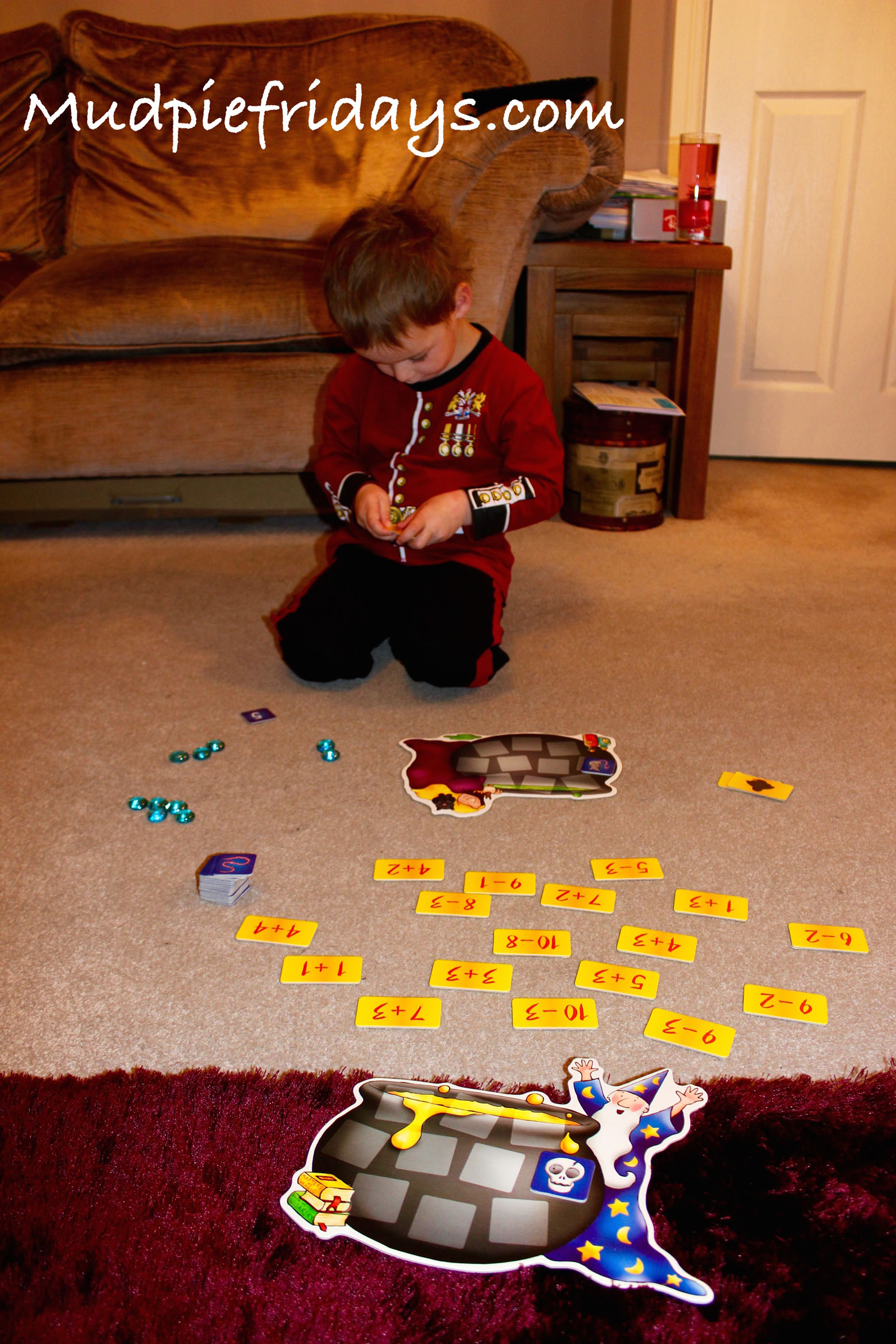 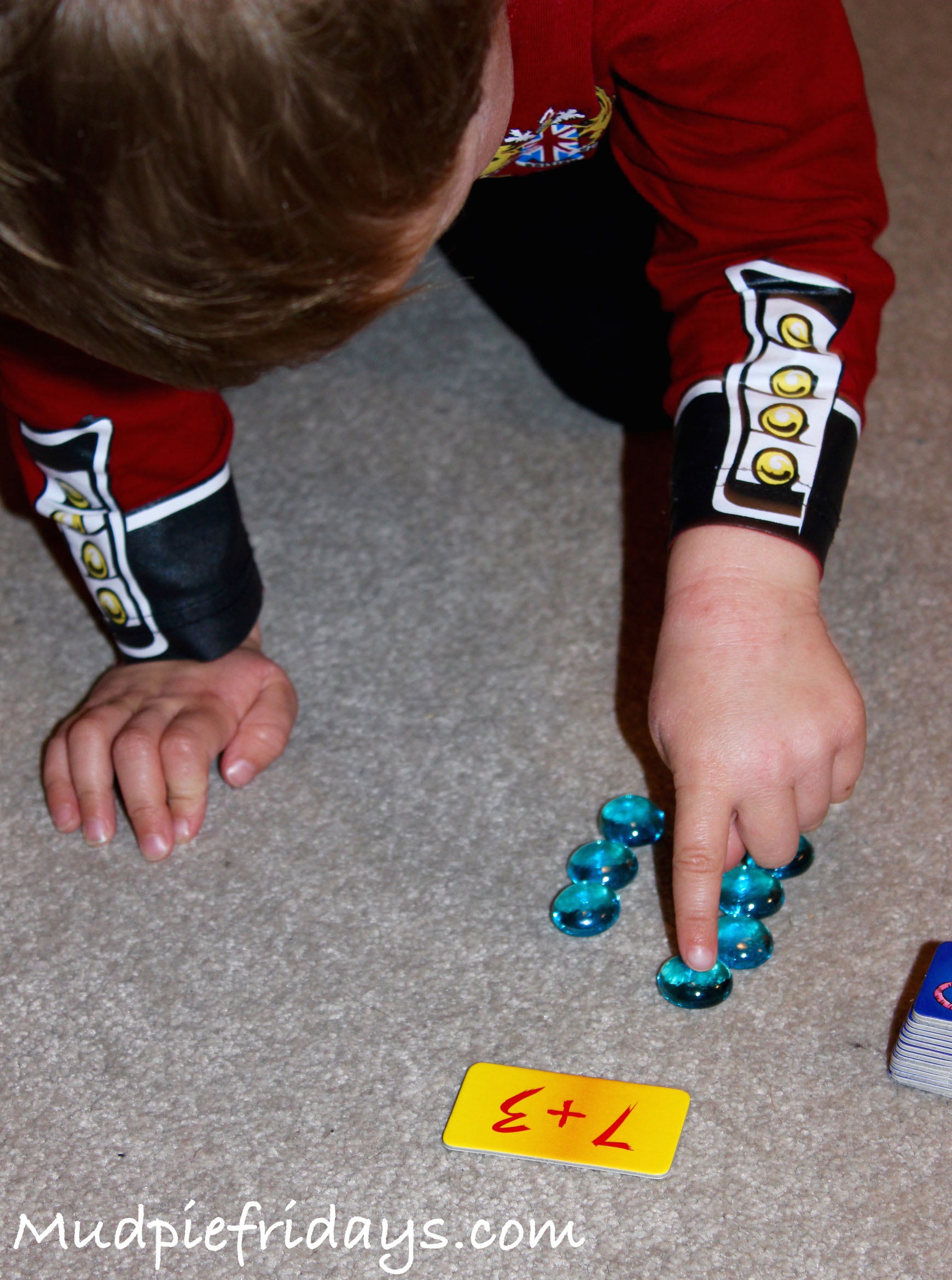 Monkey was really excited about the game and loved the heat sensitive ghosts, marvelling as the numbers were revealed. As he is still trying to learn his numbers so I adapted the game slightly. I removed all the multiplication calculations and the addition ones where there were three numbers. I also used some glass beads to help him understand the calculations we were doing. I sorted the  calculations so that there were only 20 which matched the ingredient cards and chose the simplest ones possible. Typically its been taking us half an hour to do about 10 (5 for me and 5 for him), but he is improving and still interested, which is the most important thing. He really does enjoy playing the game even though he is still learning his numbers and he keeps coming back to it. I am sure that this will help him with his numeracy skills, I have already noticed an improvement.

The game retails at £11.75 and you can find it here on the Orchard Toys’ website. It would make a lovely Halloween gift for a child who has just started school and a great alternative to sweets and chocolate.

Christmas Cake with our 3 year old