Going on a Bear Hunt Small World Play: This is something I have been planning in my head for a while. And I was looking for an excuse to make it a reality. I had the chance over the Bank Holiday weekend as the weather was rubbish. Plus we had friends coming for dinner on Sunday with their little boy who is the same age as Monkey. I am a little disappointed that I didn’t manage to get any photos of them actually playing with it.. But because of needing an adult to read the story it just didn’t really work out! 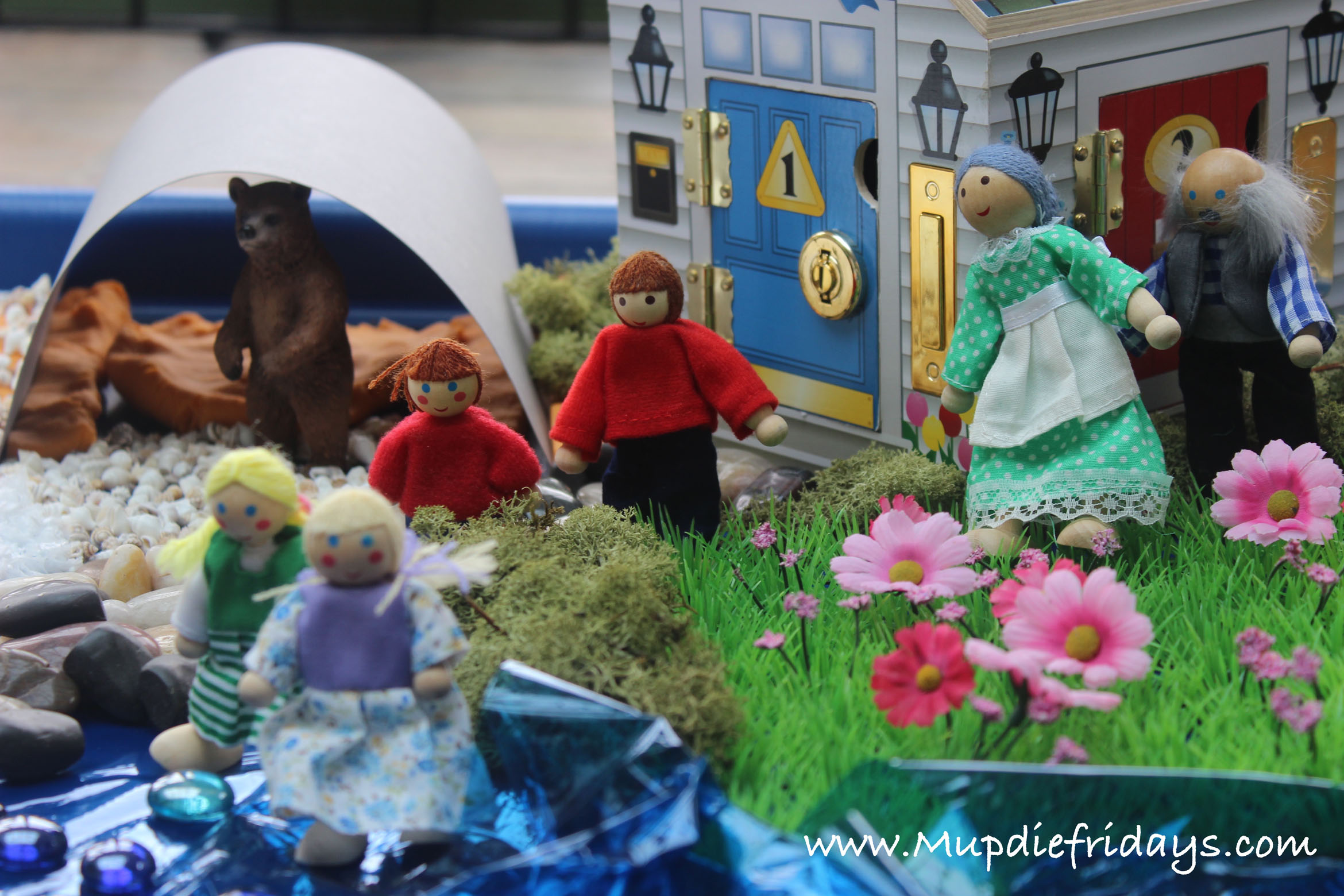 Putting the scene together

This one did take a bit longer to put together than the other small world play set ups we have done but I think it was worth the effort. First  I started with a Melissa and Doug Doorbell House and some little people for the characters from the story. For the swishy swashy grass I used a place mat! I was looking for artificial grass and came across the place setting which was a cheaper option. You could use real grass (probably a better sensory experience if I am honest) but I wasn’t sure how long I was going to leave it out so opted for the fake kind.

I toyed with the idea of using real water for the deep dark river, but instead used blue cellophane with some glass beads in different shades of blue. I suspect the boys would have preferred water but I was trying to keep the mess to a minimum…

For the think oozy mud I used some chocolate gloop we had left over from Easter, its a fantastic substance made from only three ingredients, you can find the recipe here at pagingfunmums.com. I have never come across anything like it before and can see us making various different versions in the months to come. 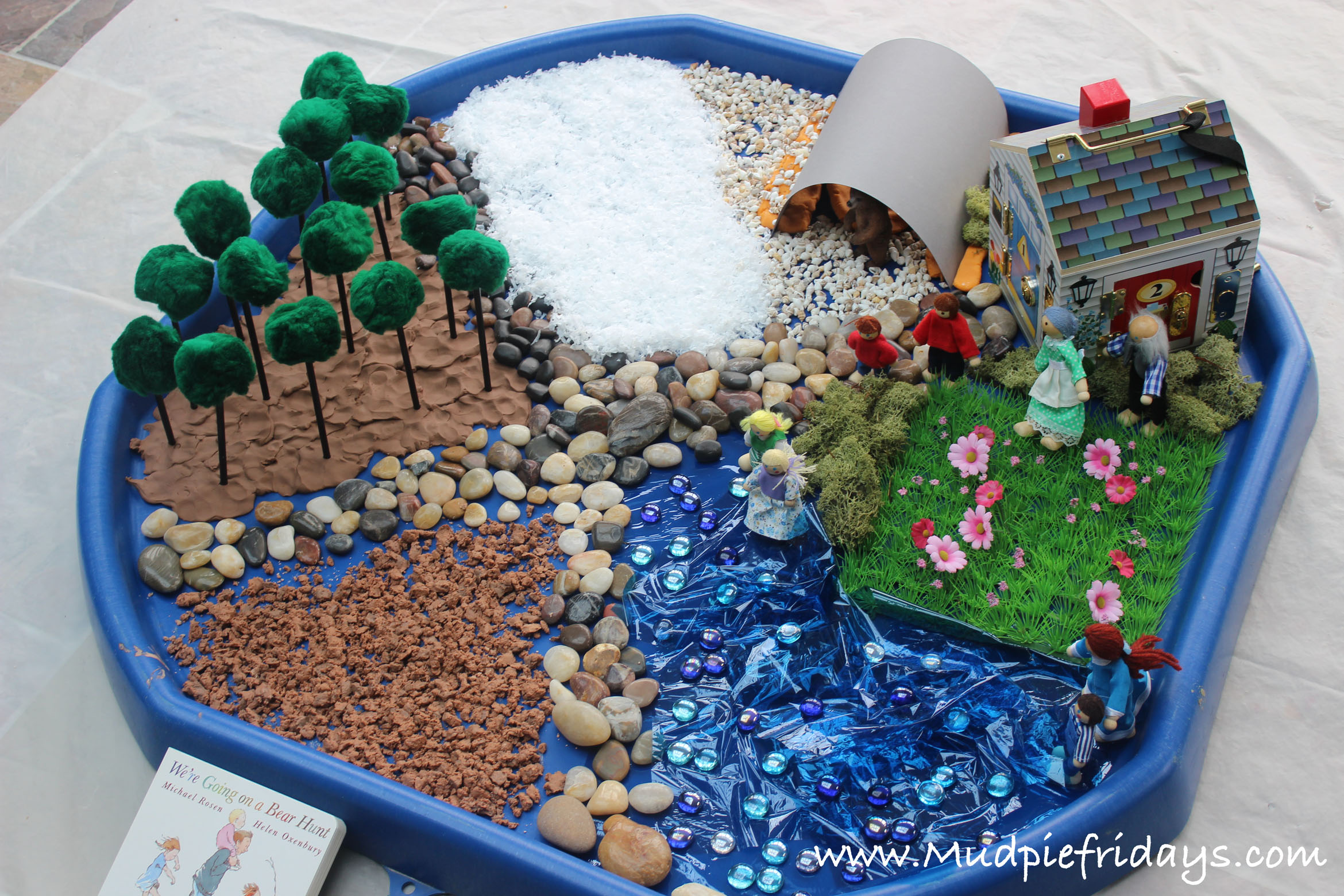 What about the big dark forest?

Now the one which I really needed to think about was the big dark forest. I made trees in  advance with pom poms I brought from HobbyCraft and some black straws. I used a glue gun to attach the two together. A word of warning it works better when the glue it not too hot that it melts the straws… otherwise you end up with  lopsided pom poms! I stuck each one into some brown plasticine which I had rolled thinly for the forest floor. If time is not an issue then brown home made play dough would achieve the same thing and probably be better smelling.

A swirling whirling snowstorm was easy – fake snow from Christmas.. cotton wool balls would have the same effect. For the bear cave I used a piece of grey card stuck into some play dough. Around the cave I sprinkled some small sea shells. In addition to the above I used pebbles to divide some of the areas up and some fake bushes used in railway models… I saw them at Hobbycraft and thought they would come in handy at some point!

The boys loved it and couldn’t wait to go and play which is always a nice feeling! They had great fun with the story. After, the snow became the point of fascination and hiding the bear in it. The then play moved on with the boys fetching diggers from the play room. They used them to move the snow around, mixing it up with the gloop and the small shells. It was a lovely afternoon of play & giggles.

Heres the Door Bell House: (please note this is an affiliate link to Amazon)