One of the first things we did when we visited Toronto was to visit the Aquarium at the base of the CN tower. I had looked at trip adviser and had my reservations as we were going during school holidays and many of the comments said that it was a bit of a nightmare when busy. However it boasts the title of Canada’s largest indoor aquarium so we didn’t feel we could visit Toronto without stopping by.

We opted for the self-service queue, although to be honest I don’t think it made much difference. Prices were much the same as in the UK for entry, you can save a few dollars if you purchase time allotted tickets in advance online. As you walk in there is a whale skeleton hanging from the ceiling and below the children’s play area. We made our first error of judgement as once Monkey had seen it all he wanted to do was to try it out. 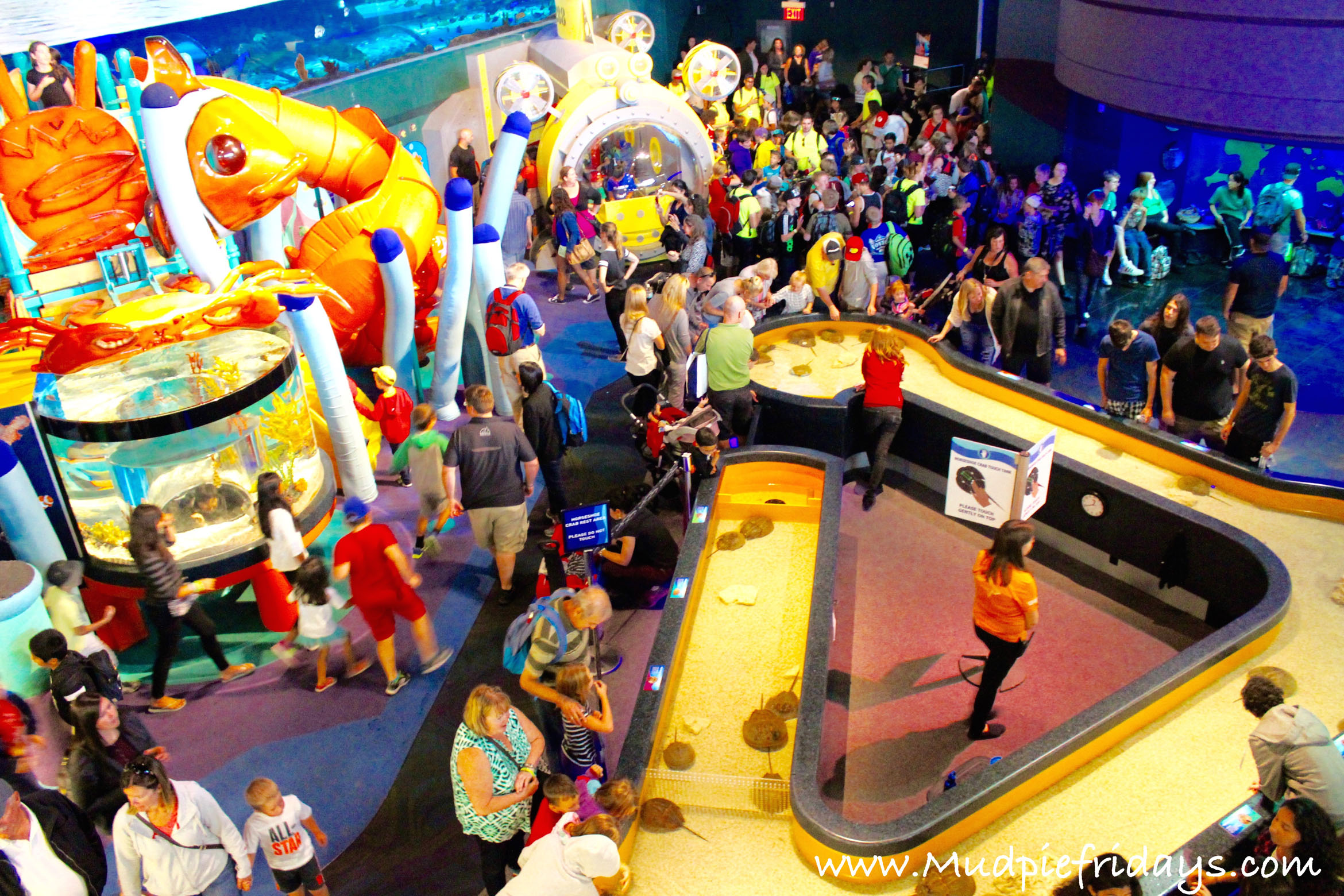 However in order to do so you need to walk half way through the aquarium, which meant he took more encouragement to look at some of the tanks, as all he wanted to do was play. The aquarium has six main areas. It is a good size but in certain places they seem to have created bottlenecks. 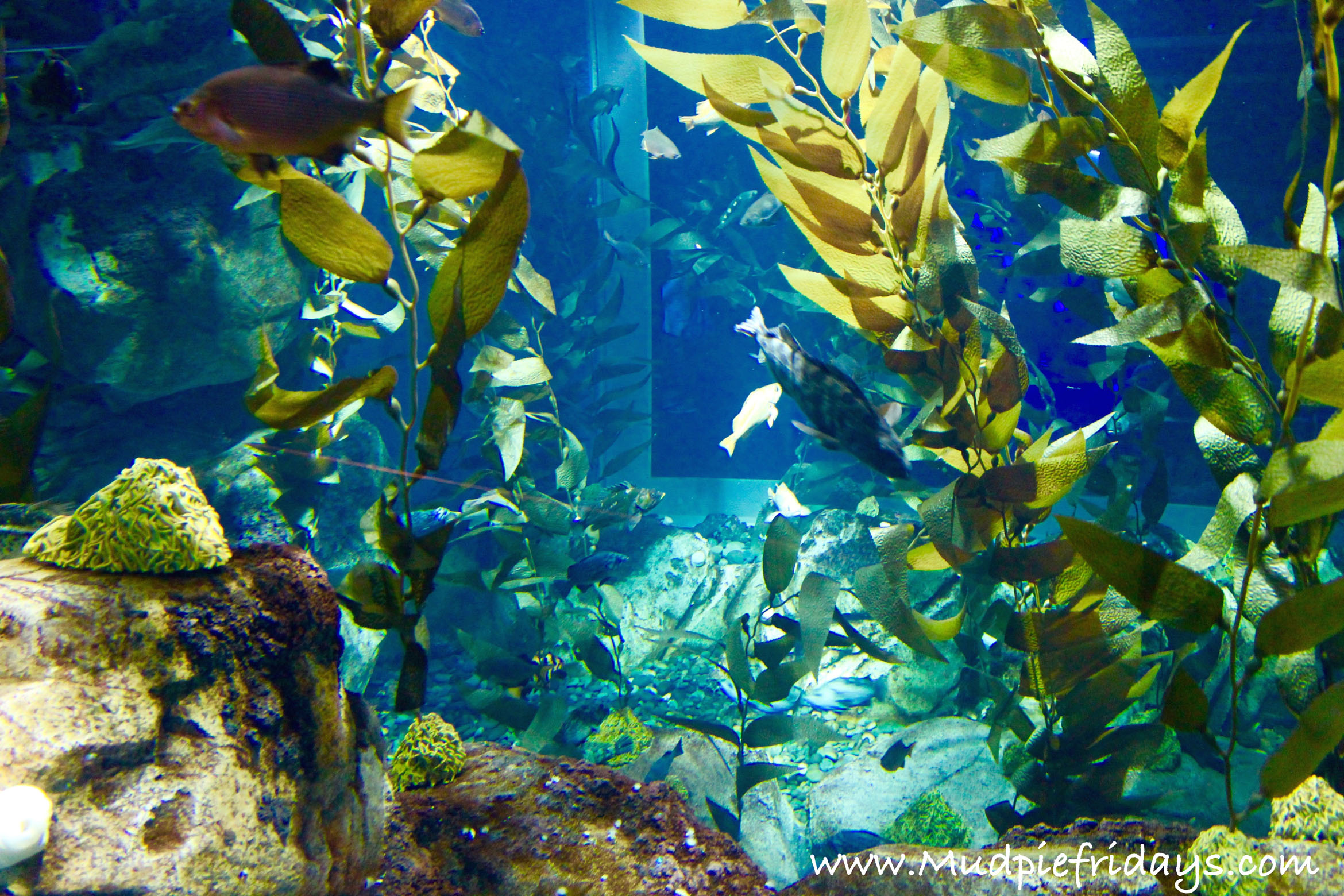 Which means when its busy you can’t physically get at some of the exhibits. It creates a stressful atmosphere as everyone clambers to get a look which is such a shame as they do have some lovely look exhibits. The first area you come to are the Canadian Waters which aims to show visitors what is in the Canadian great lakes over 17 habitats. 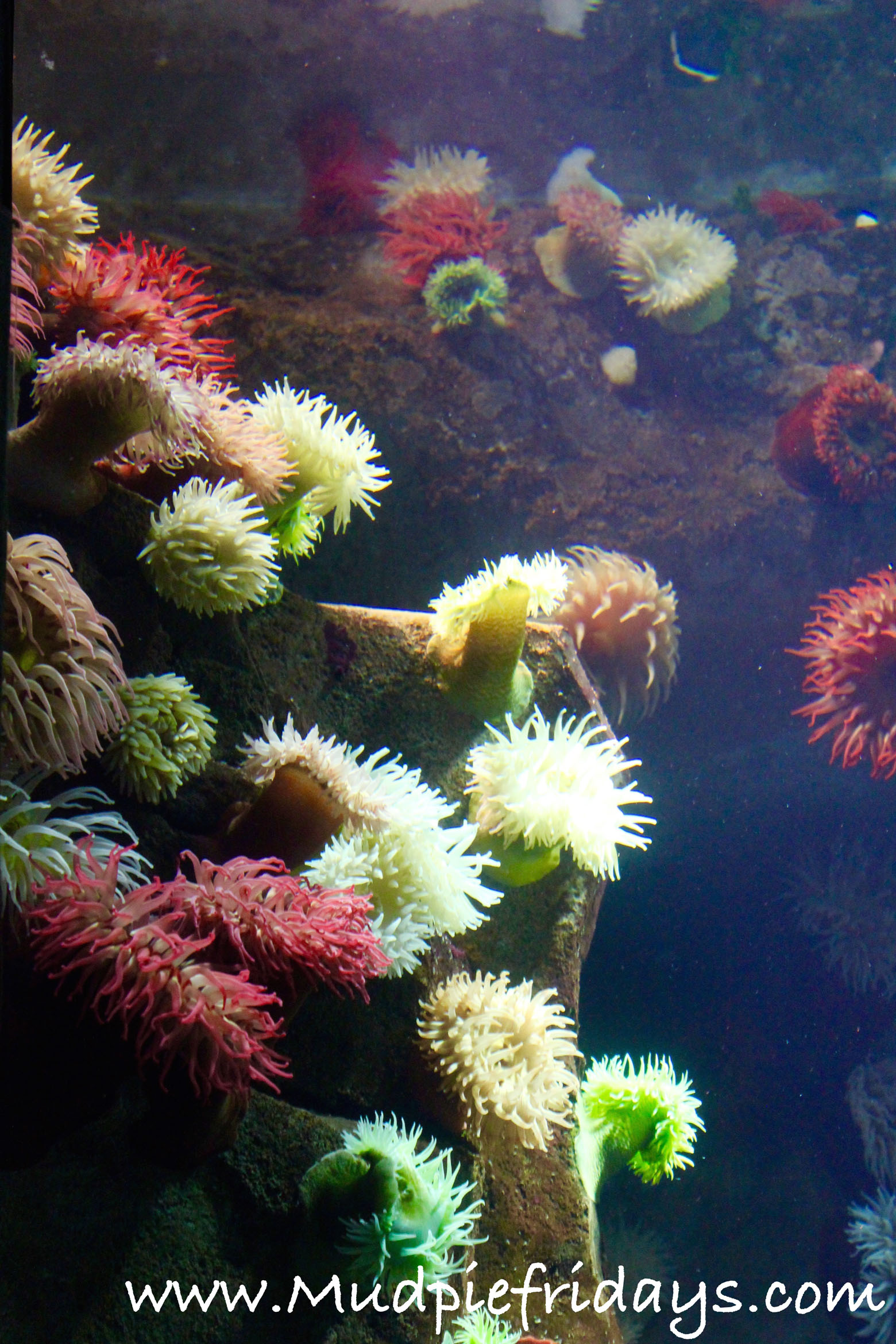 One of my favourite parts of the aquarium was the tunnel which is part of the Dangerous Lagoon. I always love this part of any aquarium but at this one they have a moving floor which means that avoids the bottlenecks that you suffer from elsewhere and everyone gets the chance of getting a close up. The moving floor takes up about half the width of the tunnel which means you can hop on and off it, if you want to take photos at specific spots. They have several very large sharks, much larger than I have seen elsewhere. Which is great as Monkey is shark obsessed at the moment. They also have two huge Green Sawfish which were laying over the top of the tunnel when we visited. 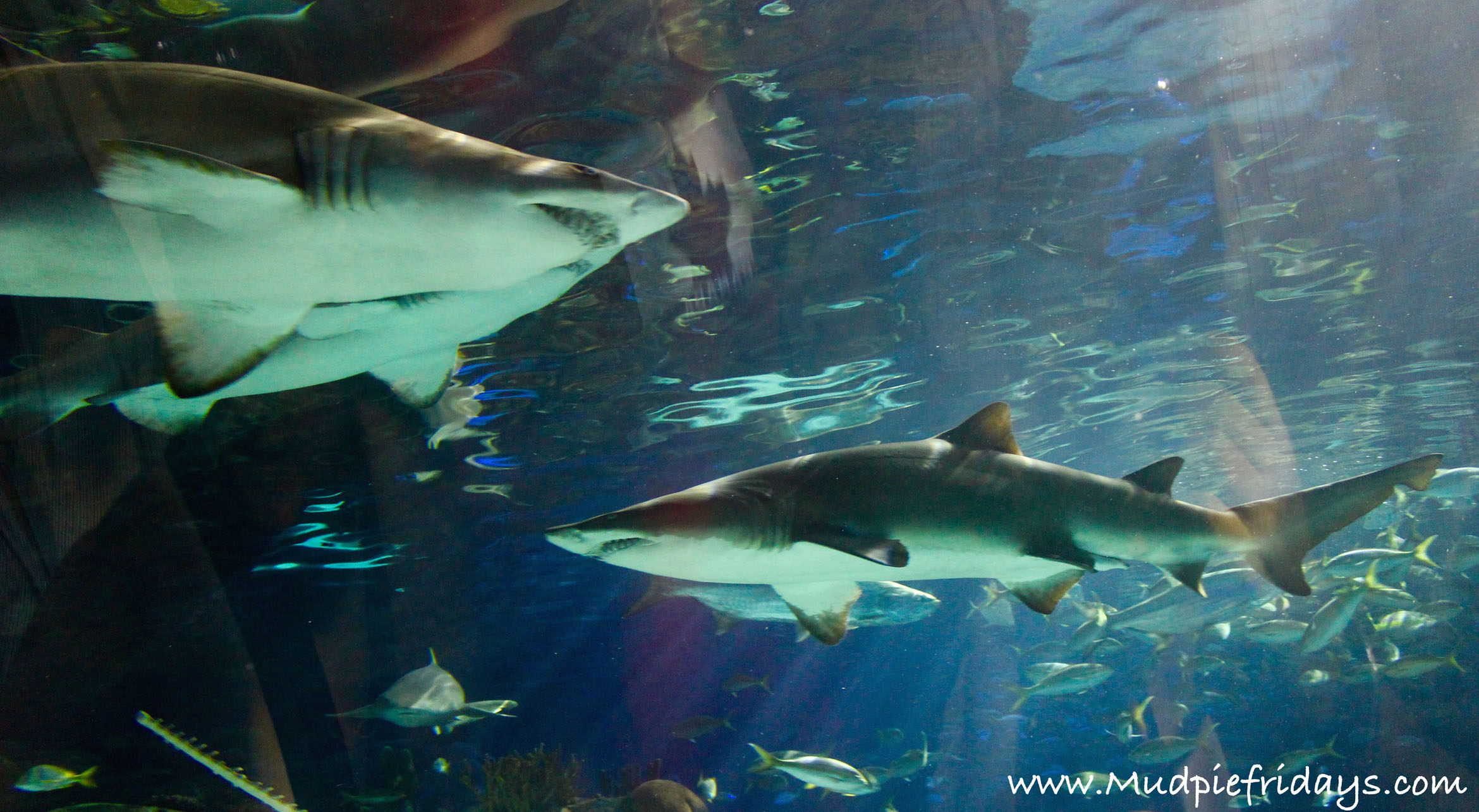 We caught feeding time and Monkey was fascinated by the sharks eating squid. They have a couple of turtles too but we didn’t manage to spot them. I think the tunnel was by far the highlight of our visit. As well as the feeding sessions they have five dive shows a day which are two hours apart starting at 11.15am. 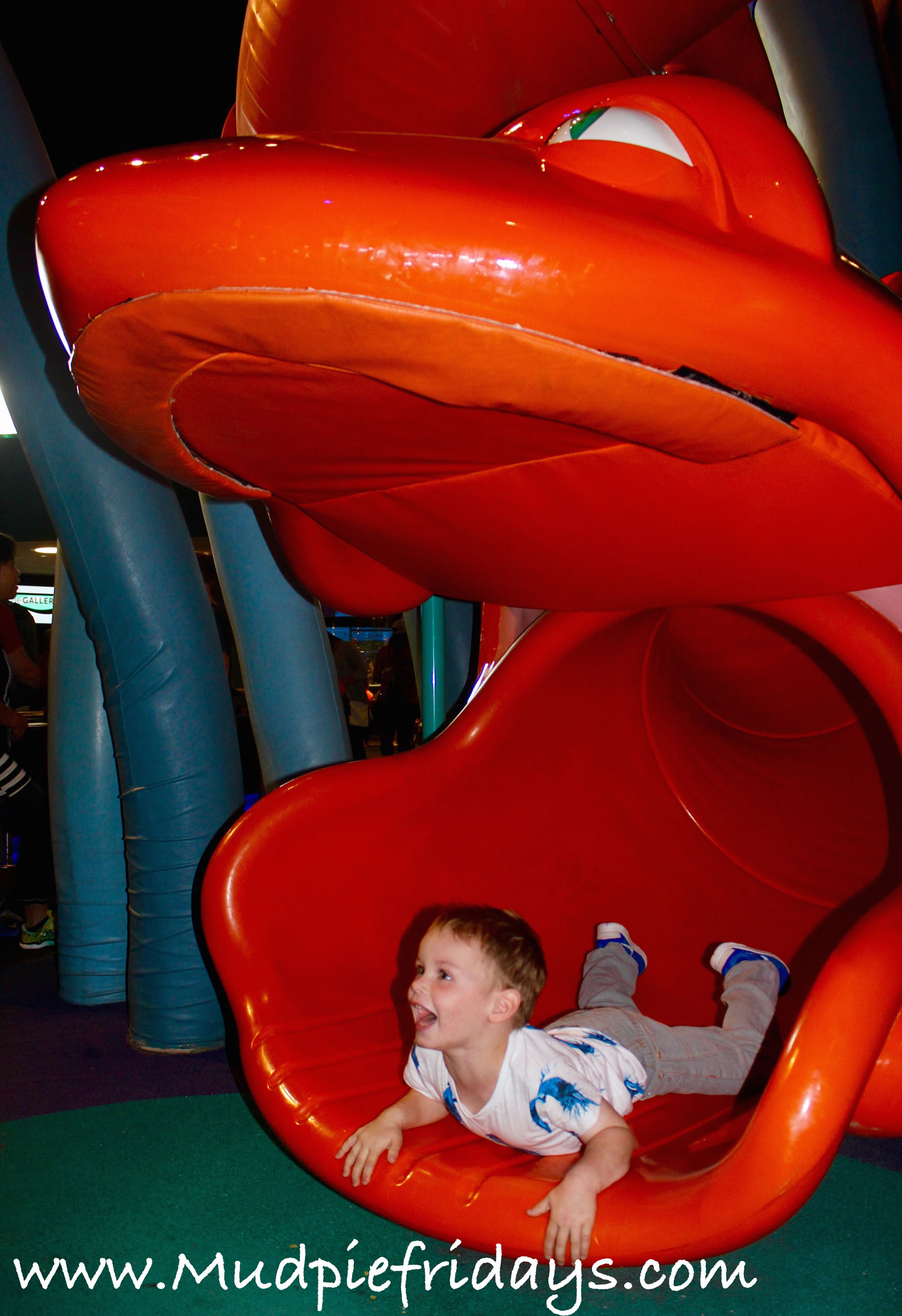 We did eventually work our way round to the play area which is known as the Discovery Centre. Monkey loved it but it was quite difficult to keep an eye on him and with so many people and kids running around it was a bit stressful. The cafe area also backs directly onto this area which would make any eating experience extremely stressful. I am sure it would be lovely watching your children run from activity to activity when there are fewer people though.  There were slides, as well the opportunity to drive your own submarine, touch horseshoe crabs. Monkey wasn’t so keen on the crabs! But he did love the water play area which is very similar to the one in the Science Museum. 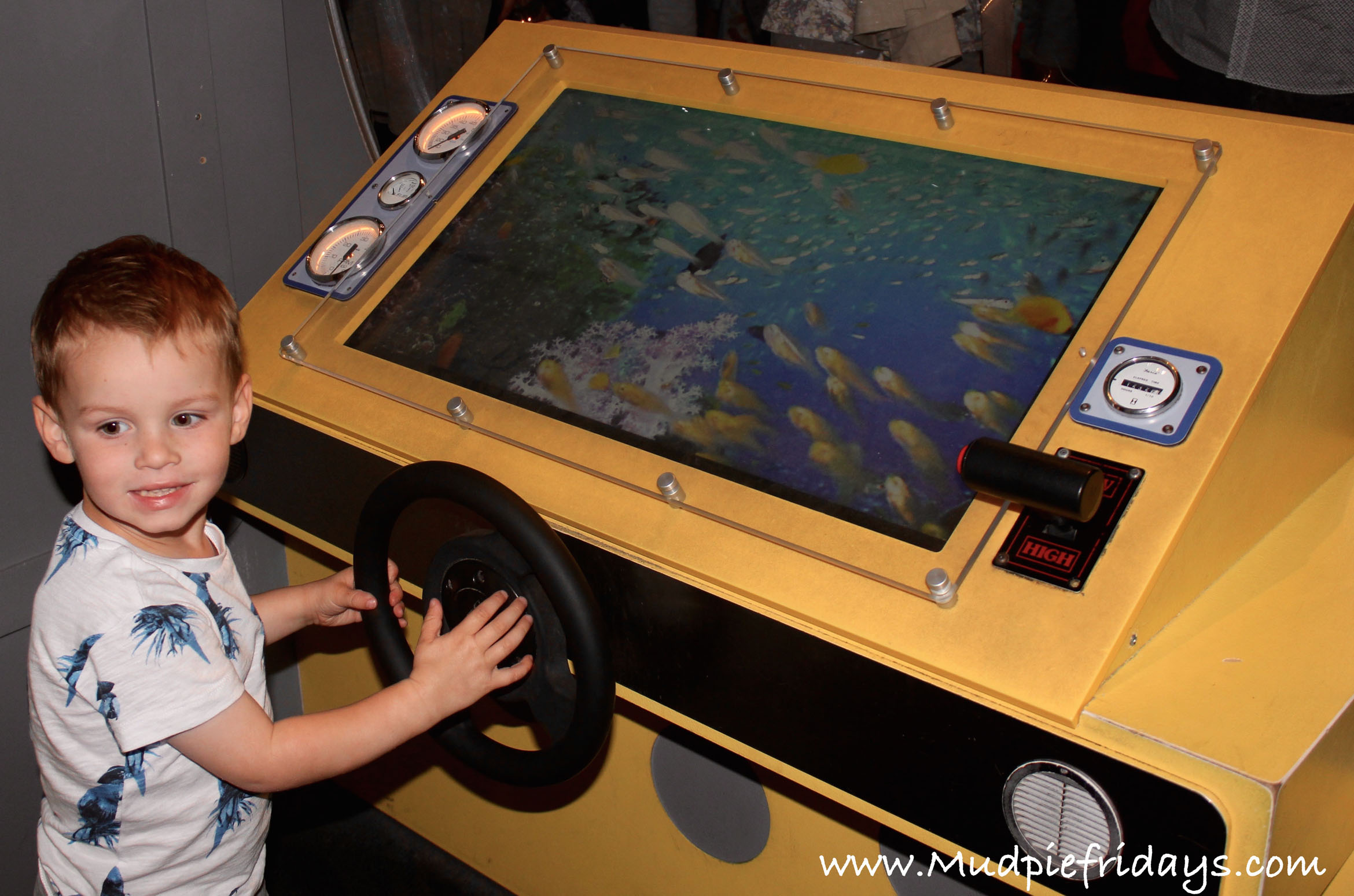 The also have Ray Bay which is where some of the dive shows happen, Monkey sat and watched them for some time gliding past the glass, and up and down the tank as if they were saying hello. 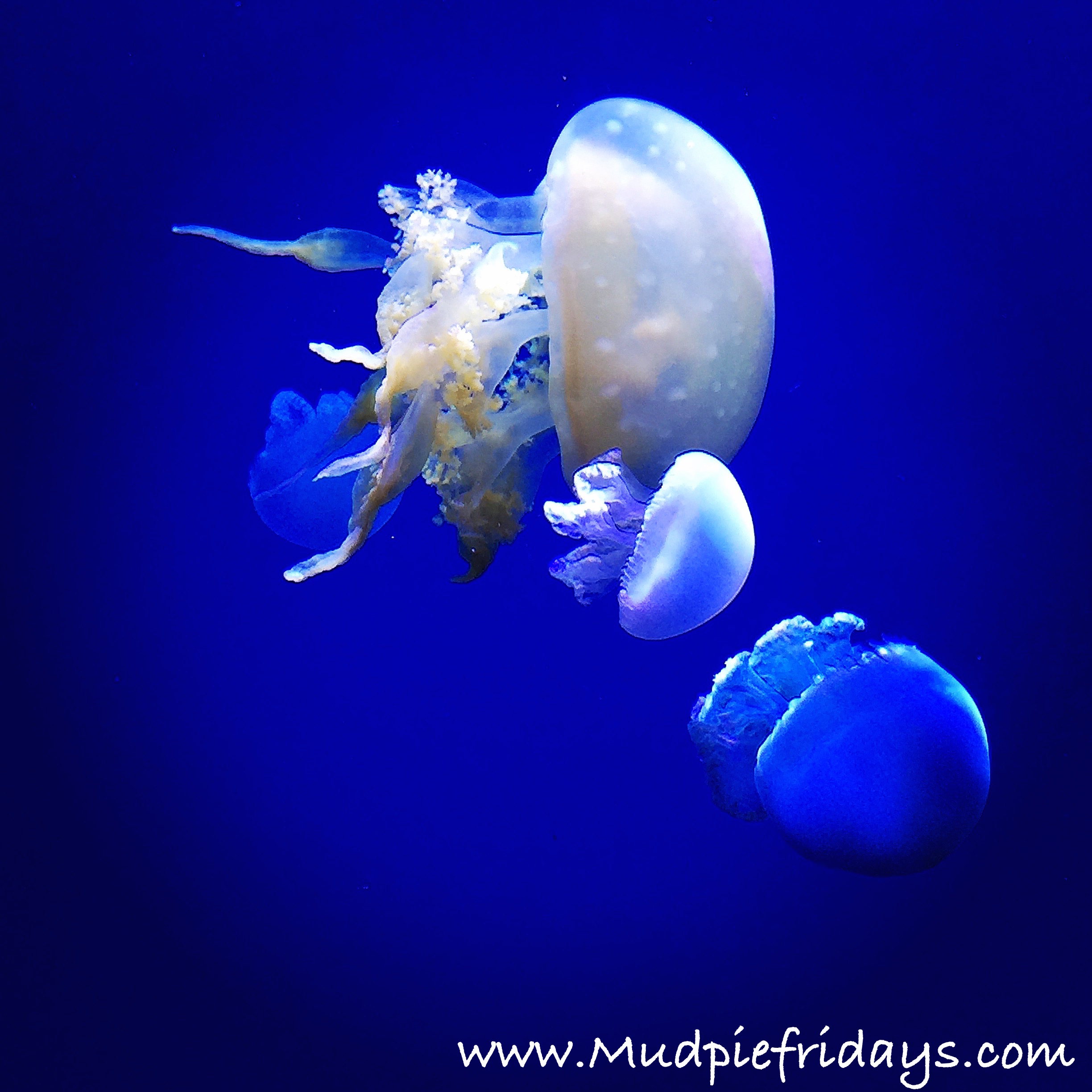 The final area is known as Plant Jellies and includes 8 different tanks featuring mesmerising jelly fish. One tank stretches floor to ceiling with a bright blue background and coloured lighting which changes the colours of the jelly fish as they float up and down.

At the exit is the obligatory gift shop but before the kids drag you in looking for a soft toy or similar make sure you walk past it and to the right. You come out at the top of the Dangerous Lagoon, with its subdued lighting it is a great place for a family snap as they have painted the ceiling to look like sky.

I am really glad we went despite missing a far few tanks because of how busy it was. However I would recommend that you chose a time outside of weekends or school holidays if possible so you don’t have the same problems we did. It says on their website that they are open to 11pm, I can imagine its a great after dinner activity for older kids. For more information on opening time, pricing and their programme of events which includes sleepovers, morning yoga and Friday night jazz please see their website – www.ripleyaquariums.com/canada/

Have you been to an aquarium recently?

We paid to visit the Aquarium while on holiday, all opinions and views are my own