One of the things on our Winter Bucket List for a 3 year old was to make the most of our National Trust passes. Something which in the last couple of months we have not been very good at. So last weekend we decided to head over to Nymans which our most local property. I was intrigued to see how much entertainment Monkey would derive from it in the Wintertime. It got me thinking that it would be good to visit each season to see how it changes especially as its only 20 minutes from home. 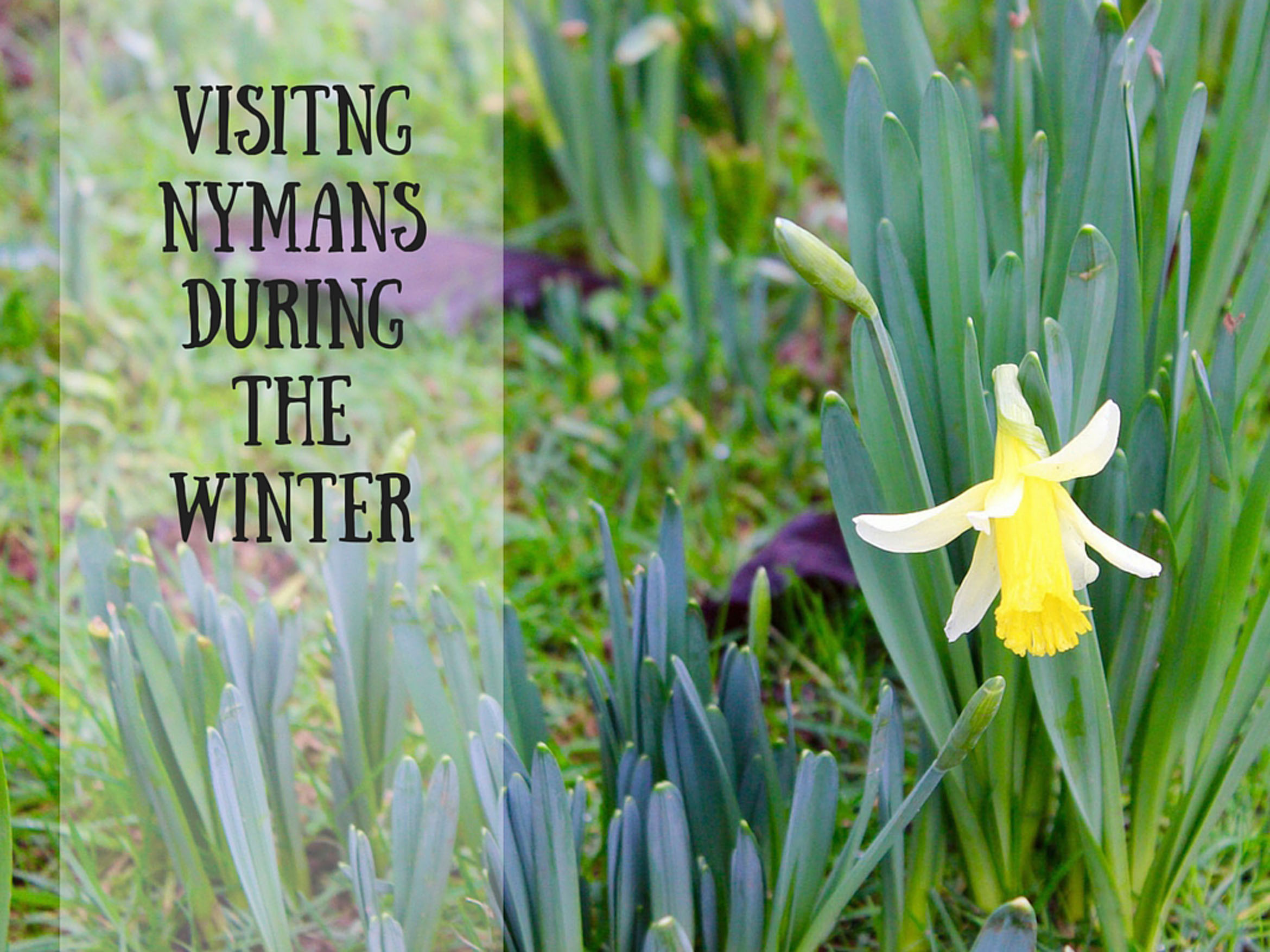 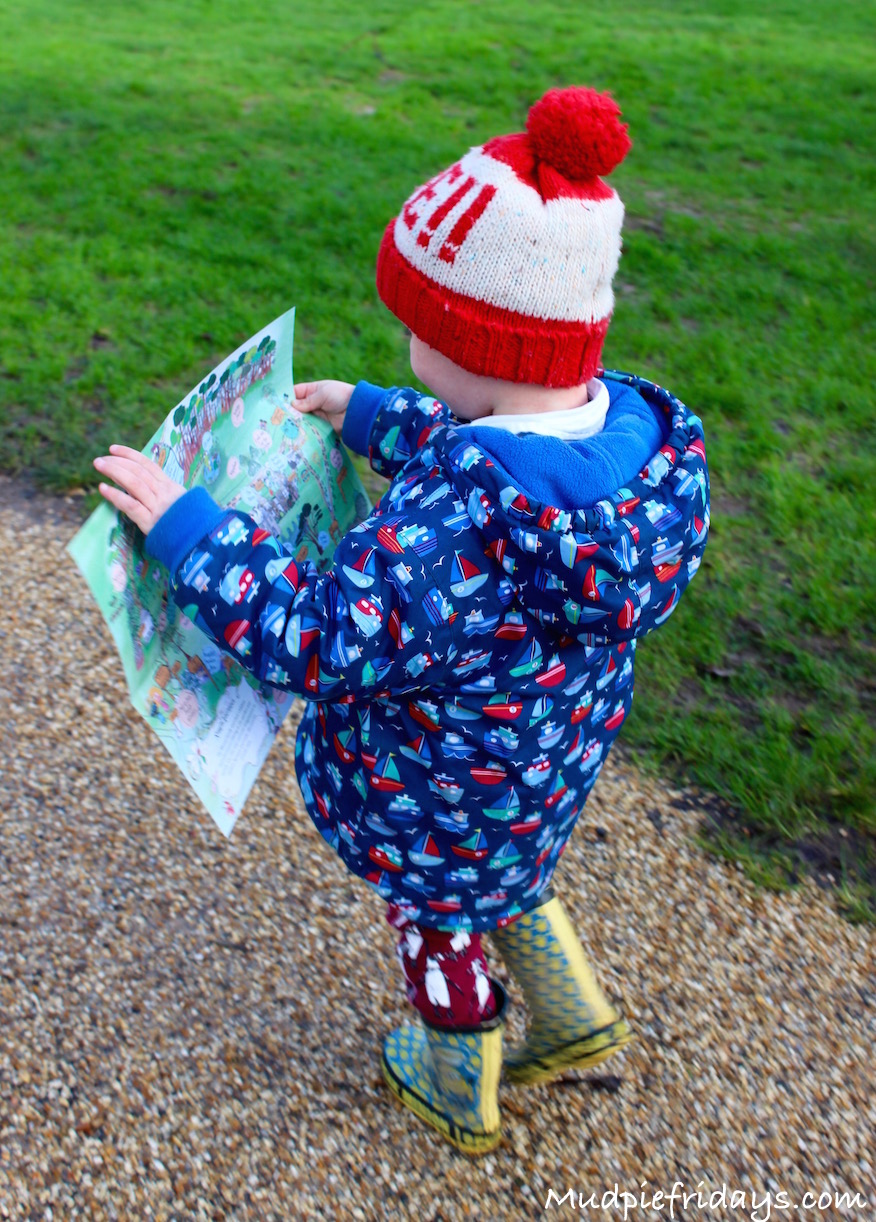 There is large free carpark, although it can get pretty busy they normally have attendants to help you find a space. Even in the Winter its still pretty packed, however its quite a large site so it never feels too manic. As you head through the entrance there is a cafe in front of you serving hot and cold snacks and drinks. We normally get a take out coffee to walk around with. To the left there is a small building where you can pick up magnifying glasses, binoculars, kids maps and details of any trails which they are running. At the moment they are running a Reflections Trail which includes all of the sculptures and art in the garden at the moment,  but the lady suggested that Monkey was a little young for it. However he was happy with his kids map and set off leading the way. 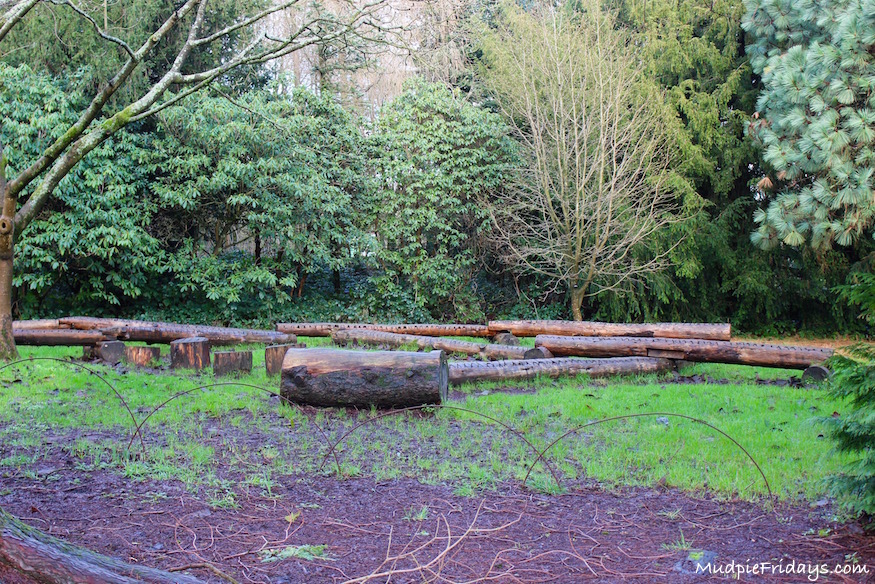 Our first stop would normally be the Balancing Logs, as Monkey has great fun running up and down them. Each has been carved to try and make them less slippery in the wet, however today they were roped off due to the boggy nature of the ground around them. A fair amount of the grass was roped off in the Meadow and Pinetum too. Not that it was really an issue and it will protect it for the warmer months allowing us to enjoy it then. Looking at the map Monkey wanted to head over to the Panda which marks the Bamboo Jungle. Its a great place for photos especially this time of year when photo opportunities can be limited, as there are many different coloured bamboos, varying in height and density. He enjoys following the little bridge through them. Although I did  manage to convince him to agree to a photo in the Bamboo it cost me 20p! 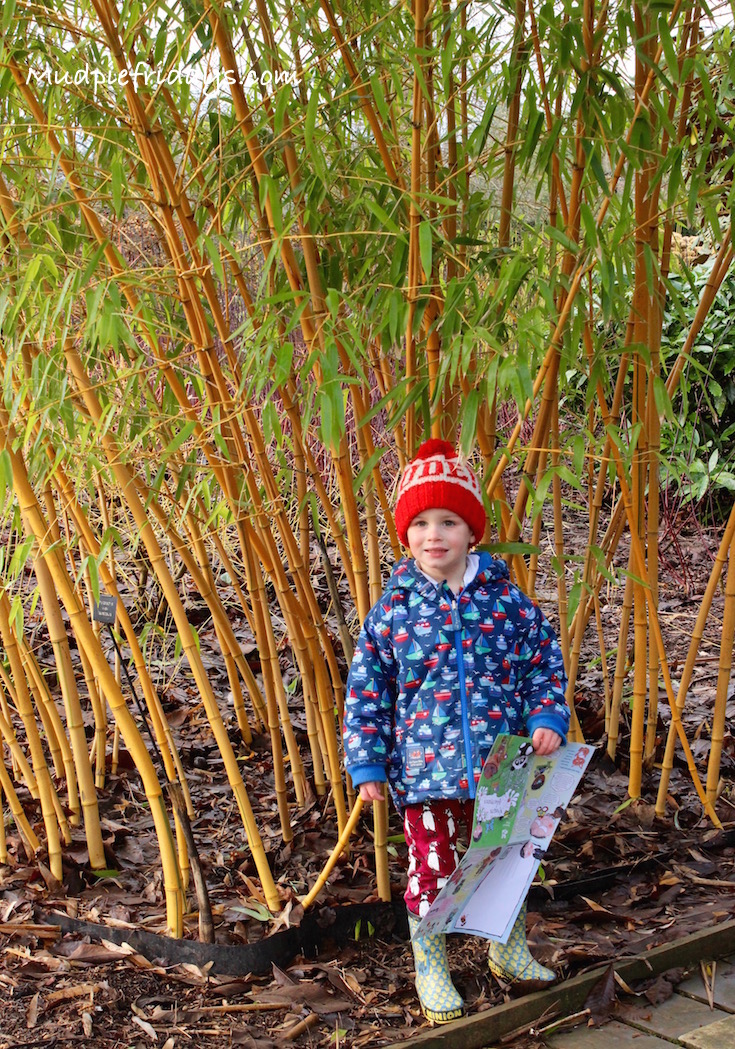 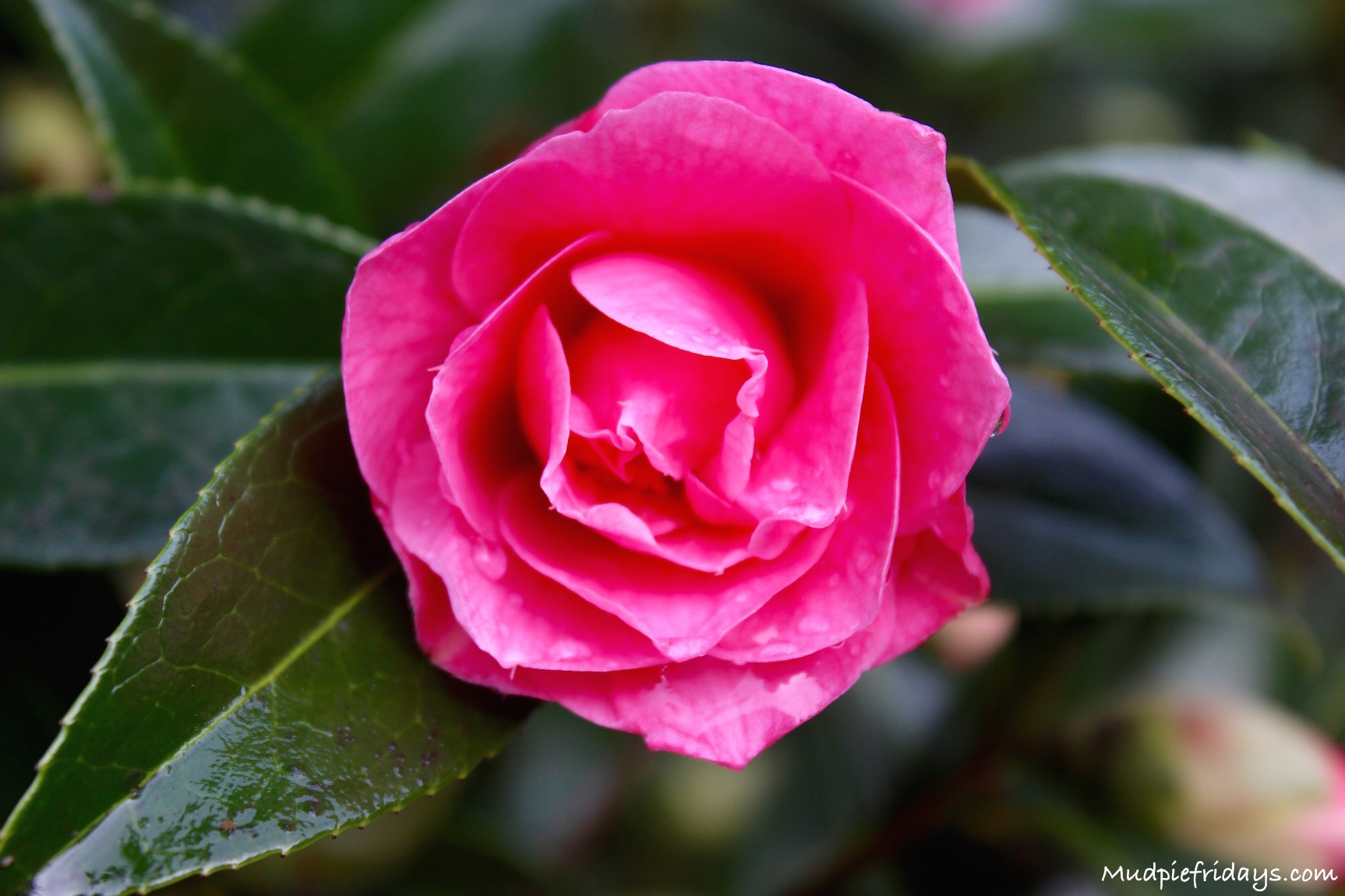 There were a surprising number of flowers out considering its the second weekend in January and turning cold. We saw our first daffodil of the season along with an amazing bright pink Camilla which was in full flower. I failed this time with the photo opportunity. Monkey was more interested in heading towards to the house to have a nose around. This time of year it was closed but in the Summer months you can normally have a look around and they run hide and seek activities for the kids. 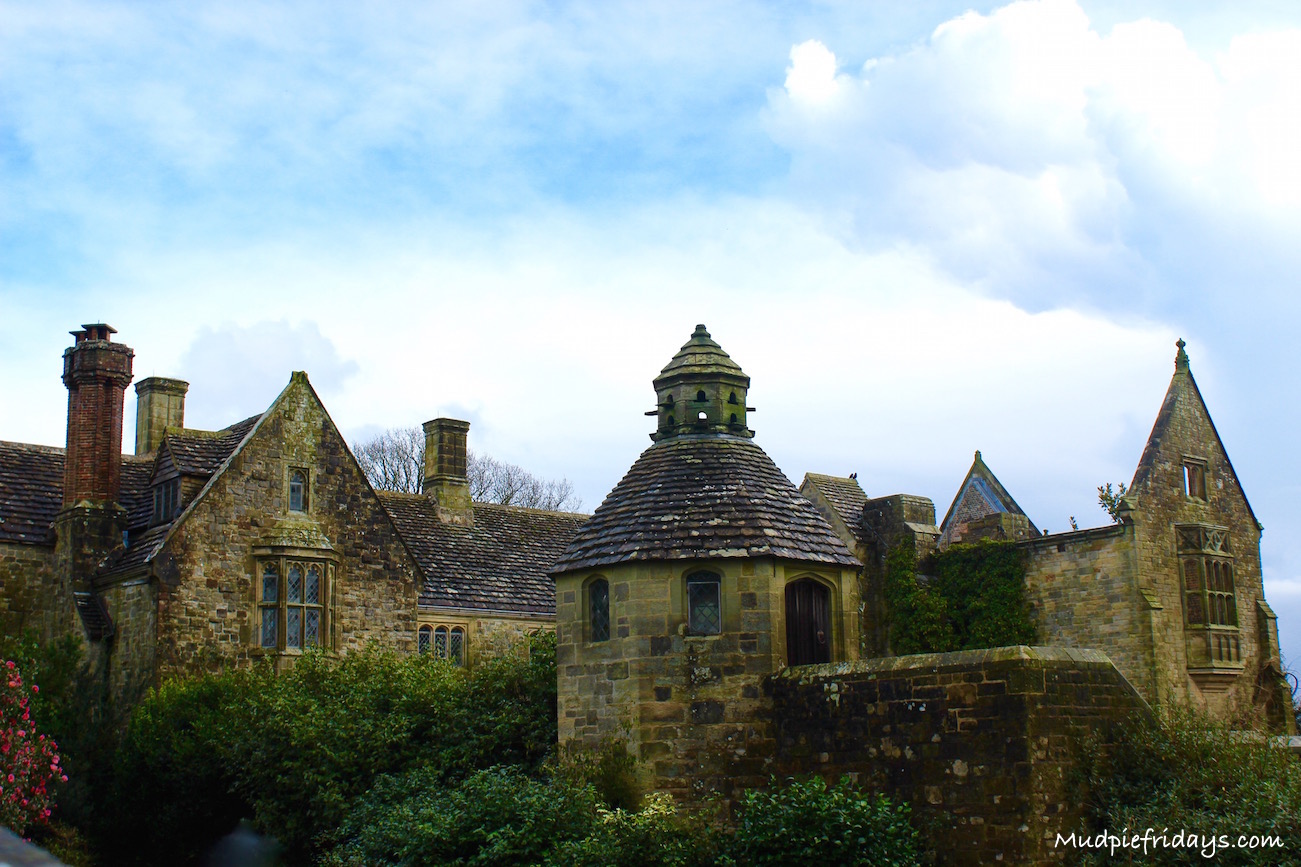 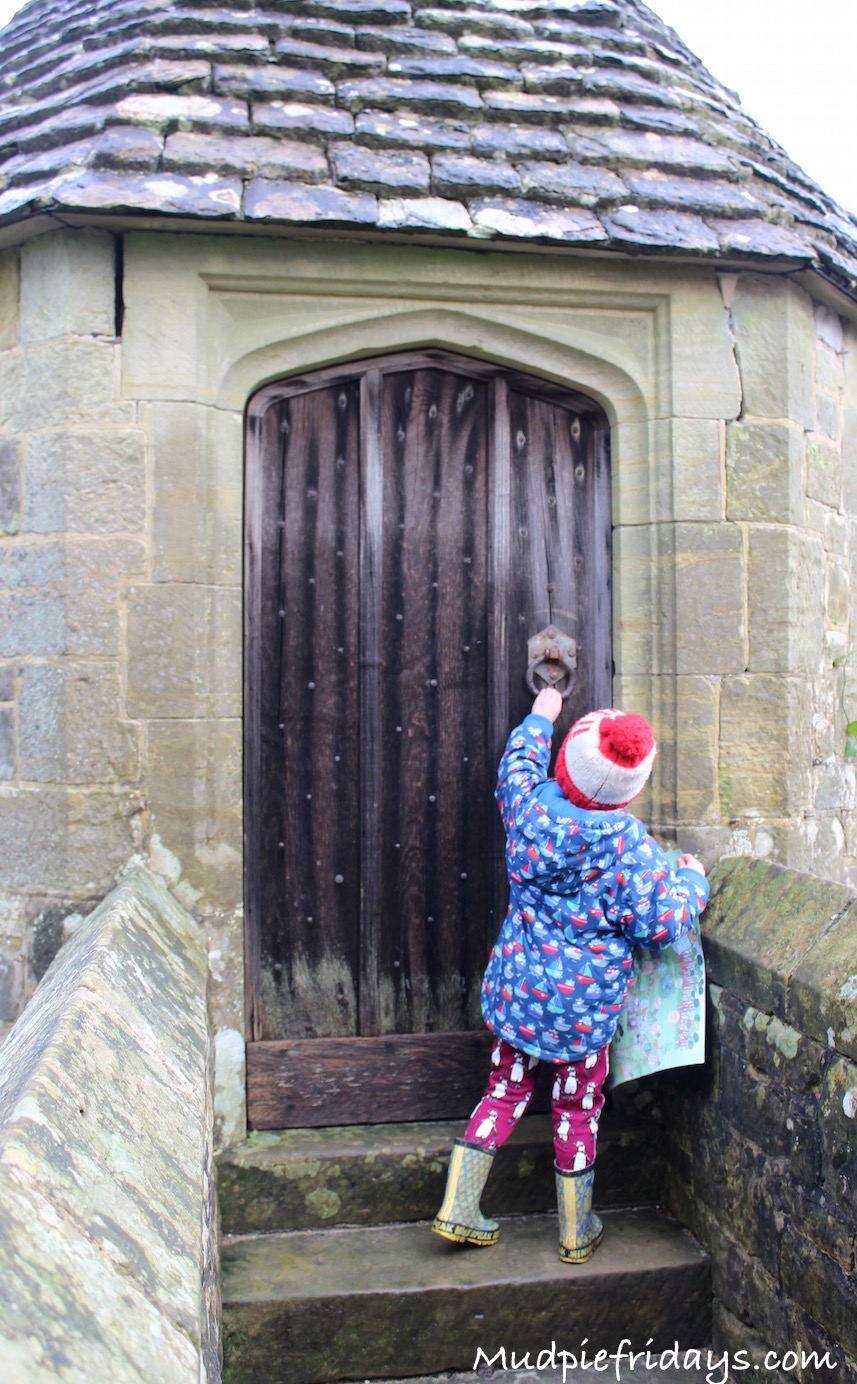 Part of the house is actually ruins planted with sub tropical looking plants, I am always amazed by how hardy they are! As the house wasn’t open we didn’t stop for along, apart to check to see if anyone was in the little keep. Monkey was a little nervous about knocking on the door so we had to have a go first! Down below he was certain there was a troll waiting for goats to pass over. I love their imaginations at this age and how they view things so differently to us. All I see is an old stone building with a wooden door, Monkey sees the beginnings of a fairy tale!

We walked around the front of the house towards the ruins and found most of the garden roped off due to the wet weather. However there were a number of large puddles which were just asking to be jumped in. The lawn area is great for Summer picnics and we use to visit with bubbles and beanbags when Monkey was around 18 months old as its a reasonably large space so you are not on top of each other. 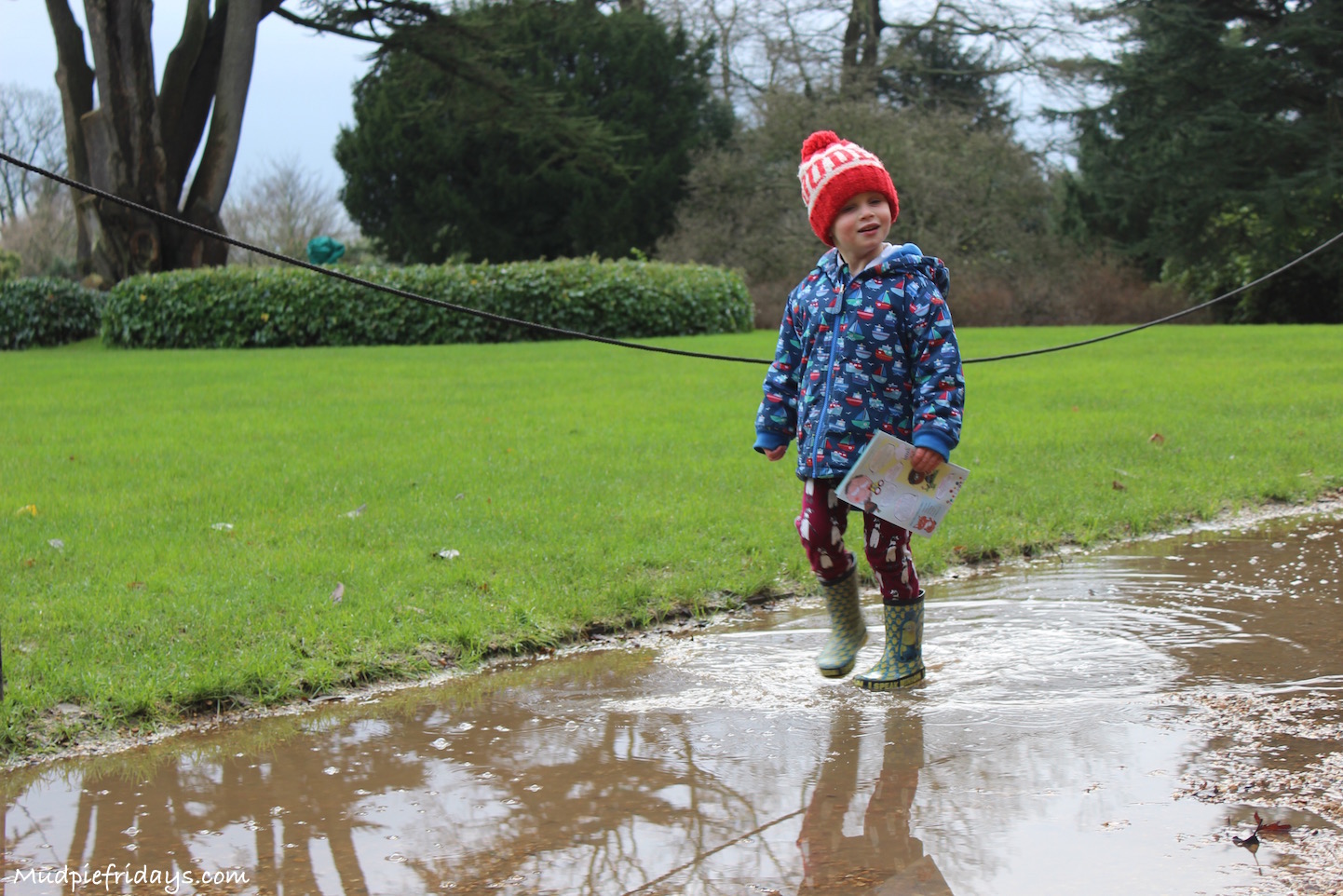 One of the things I really like about Nymans is that it can be a long visit or a relatively short one. We have been known to get lost in the woods which boosts home to the tallest tree in Sussex for a several hours. Today as the weather was turning and we had other plans for the afternoon we only stayed for a little while. Walking the natural loop around the gardens, Monkey discovered some willow houses or Wigaloos as they are called on the other side of the house. We also walked through the rose garden where he had a difficult decision to make around whether to throw his coin in the wishing well or not. 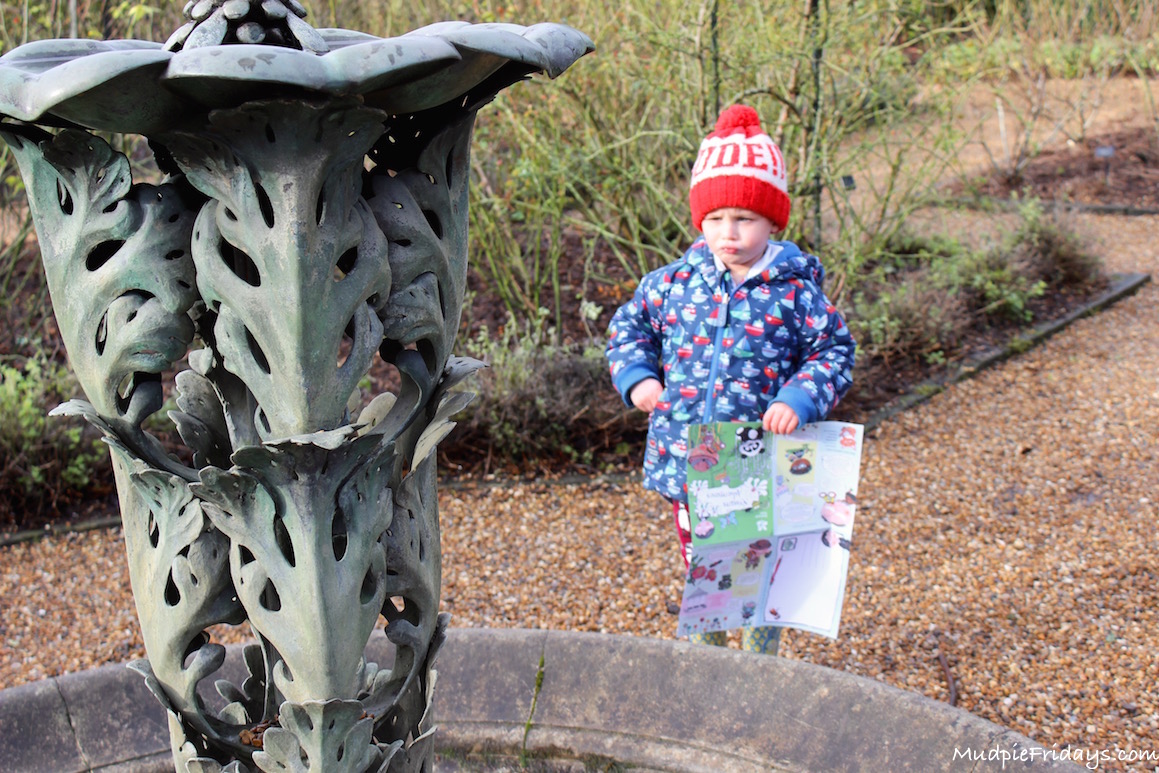 This time of year the borders are reasonably bare as you would expect, except for some very pretty fairy lights that hang along the edges. While we were there they were having a second hand book sale, although there is a permanent bookshop selling second hand books all year round today they had expanded into the building opposite. Sometimes they host craft activities for the children in the same building, this time last year we made calendars for the year ahead. 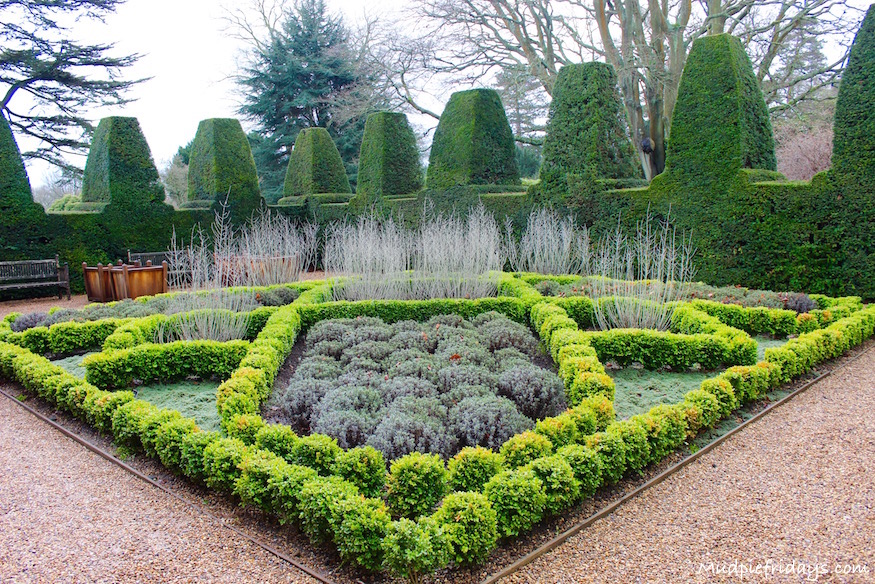 As you leave Nymans you walk through the garden centre and gift shop. I have brought plants before and they have always done really well and they quite often have something a little more unusual. As we walked to the car the heavens opened, for once we timed it very well!

I can not wait to venture back to see the spring bulbs and go on a bug hunt with Monkey. Have you visited any National Trust properties or gardens recently? I would love to hear about them in the comments below.