I am going to let you into a little secret … I hope I don’t regret it but this is the BEST place to get conkers!! Two years ago while on a little trip away with the in-laws we came across Scotney Castle. At that time there was a lot of restoration work going on so we didn’t go inside the building itself and the photos were pretty rubbish. I had always intended on going back to as its the sort of place that stays with you. However what with one thing or another we have only managed it two years later! And we didn’t even go in – Hubby had lost his National Trust card, or rather I had lost if for him. But thankfully we had only came for two things. 1. conkers and 2. pumpkins – well when you are 4 years old aren’t they the most important things in the world? 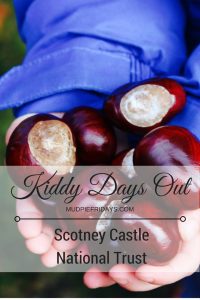 I like the set up to Scotney Castle to the left of the car park there is a beautiful walled garden which they are currently restoring, and then before you go in a large eating area and even larger conker trees! Parking is £3 if you are not a National Trust member, and be warned apparently the window stickers no longer count they need to see your memberships card. Queue Hubby rummaging around int he rucksack cursing the way I pack a bag to find my wallet. In the end he gave up and I ended up getting out the car an giving the entrance person one of those looks ‘really’ is this necessary? To be fair in their defence the carpark was almost full so they appeared only to be letting members in. Something to consider if you are not a member, I think they had additional parking in the field next door which is perfectly adequate just a little bit more of a walk. Therefore I would suggest arriving early as its a popular place. 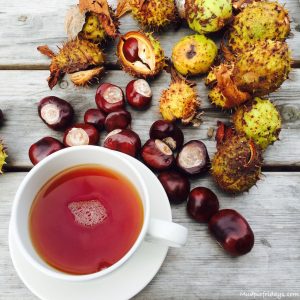 Due to the time of day we arrived we headed straight for lunch. There was quite a queue and to be honest they were a little unorganised and over worked. The place was full, thankfully theres loads of seating. We chose to sit away from the crowds over towards the Horse Chesnut trees. I remember the conkers being some of the biggest we found two years ago and again we were not disappointed. Despite Monkey’s inability to actually find any initially. I’m not sure how, as there were loads scattered around on the floor many of them still in their green spiky shells. It proved a useful occupier of time while we waiting for lunch. He loved that they were still in their shells and marvelled at cracking them open excited to find if he was going to find one round one or two ‘cutters’ as they are apparently called. Hubby is the font of all knowledge when it comes to conkers being a world champion in a former life… But it did make me chuckle a little – natures own version of the blind bags that now line the counter at every local toyshop. 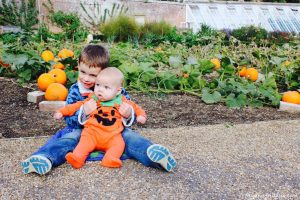 After we had a whole nappy bag full of conkers we left to go and look round the walled garden. We could have easily filled two but I was trying to explain that its good to leave some for the other children. Does Kipper count as another child mum? You’ve got to give him some credit. 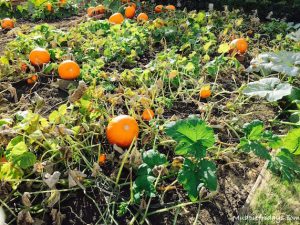 The walled garden at this time of year (first week in October) is full of Dahlias and some late staying roses. The National Trust have put in a little seating area next to the green house which is a real sun trap. I could have happily sat there all day writing. There are also fruit nets and fanned trees, as well as a vegetable garden. The other thing we came for Pumpkins! Being a little later this year there were not quite so many, but those that were there were a fantastic orange and perfect for a photo. Of course this had been planned and Kipper was wearing his own little Pumpkin outfit. Queue 10 minutes of trying to get both to look at the camera while fiddling around with the settings so I am not on automatic and don’t have to lie to my photography teacher next time he asks me. I failed. But I did get this shot which I love.

Monkey then decided it was his turn and started photographing everything he could see, even bending down for the right angle. I can see me getting him a t-shirt for Christmas ‘Son of a Blogger’ or something along those lines. By the time he had finished we had spent the best part of three hours there if not longer. So although we didn’t actually get in to walk round we still had a fab time. Who knows – one day I may actually make it inside the castle, perhaps it will be third time lucky? 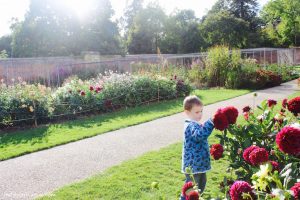 Have you been to any National Trust gems lately? I would love to hear about them in the comments below.

Linking up to #MarvMondays and #DreamTeam