Monkey is just getting into Star Wars and is fascinated by a number of their toys but light sabers have got to be there at the top of the list. We were sent a BladeBuilders Spin Action Lightsaber to review. Produced by Hasbro its aimed at 4+ and is priced at £34.99. My initial reaction was that this is a lot for a lightsaber, is it really worth it? Since having the toy now for two weeks I completely stand corrected, I am seriously considering getting one for Hubby too so that they can play together. As I think he is a little jealous of Monkey’s new toy and it would make a great Christmas present for him too. 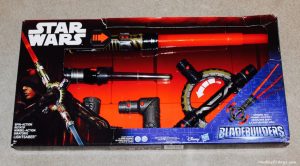 So I guess the question is why? There are five elements to this lightsaber the main part which has an extending red beam which flashes and makes a noise that sounds like the lightsabers in the film. Then there is a light dagger which also lights up in a pale blue colour. A spinning connector and two further adjustable connectors which can swivel and form right angles. They are all inter changeable and Monkey loves to switch them around. At the young end of the age range Monkey has no problem swapping the pieces around. They connect with little red buttons that click into place so its really easy to do.

This also means that it is so much more than just a lightsaber and in fact Monkey can his little friends can take an end each and have little battles between themselves. The circular spinning connector means that you can realise a little button and spin the lightsaber around or keep it static. He’s  a little short for this element and is yet to master it fully. 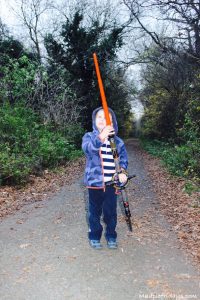 He has great fun acting out Star Wars scenes in his head and then showing off his ‘moves’. Its a great toy for adding into make believe or imaginative play. The lightsaber comes with three AAA batteries for the red part, you will also need three for the dagger. Its difficult to judge but my initial feeling is that it goes through batteries reasonably quickly so its worth having some spare. 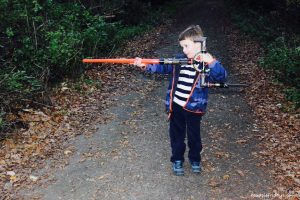 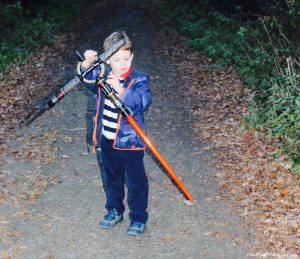 I would with out doubt recommend this toy for all Star Wars fans over the age of four. Its by far the best lightsaber we have tried out and I am sure it would be a very well received Christmas present. You can buy the Star Wars BladeBuilders Spin-Action Lightsaber from a number of high street retailers including Argos, and Smyth Toys 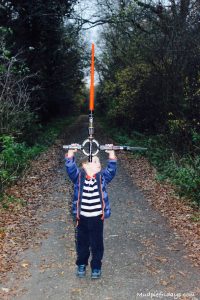 We were given for Star Wars BladeBuilders Spin-Action Lightsaber for the purpose of this review, all views and opinions are my own. 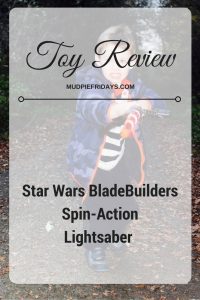 Quick & Easy Elf on the Shelf