SS Rotterdam Hotel Review : For our final night in Rotterdam we stayed on the SS Rotterdam which is now permanently moored on the River Maas. It is just a short drive from Room Mate BRUNO where we spent the majority of our trip. They boys were very excited by the prospect of staying on a boat and I do wish we had more time to explore all it had to offer. As its possible to take part in tours of various areas of the ship which I think we would have enjoyed if we had more time. 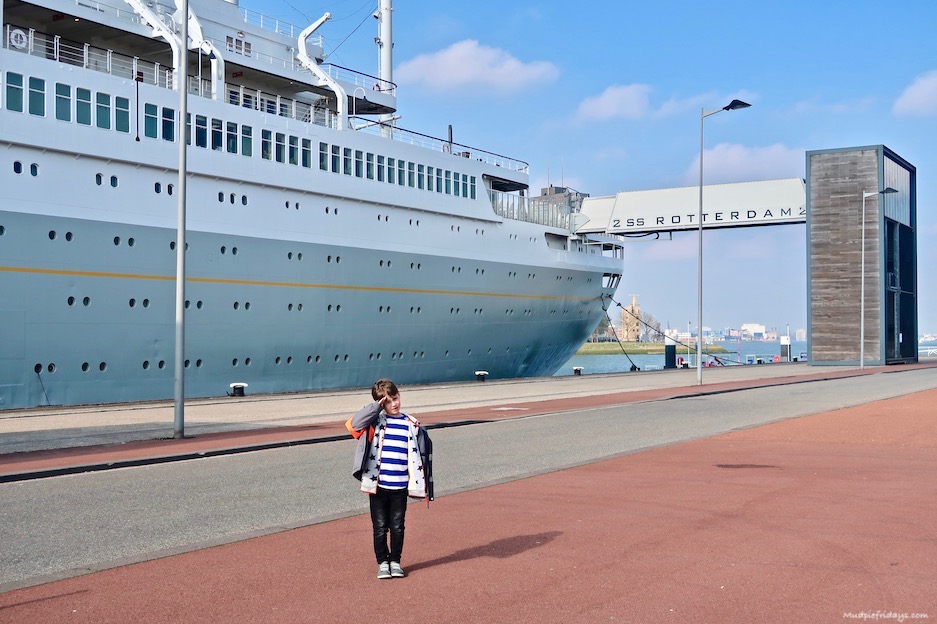 The SS Rotterdam was commissioned back in 1959 and had it’s maiden voyage to New York a couple of years later. It was eventually decommissioned in 1999 and has since become a very popular hotel. Offering the chance to stay on a cruise ship at a very reasonable price.I was pleased to find a large car park on arrival although you do need to pay to park. 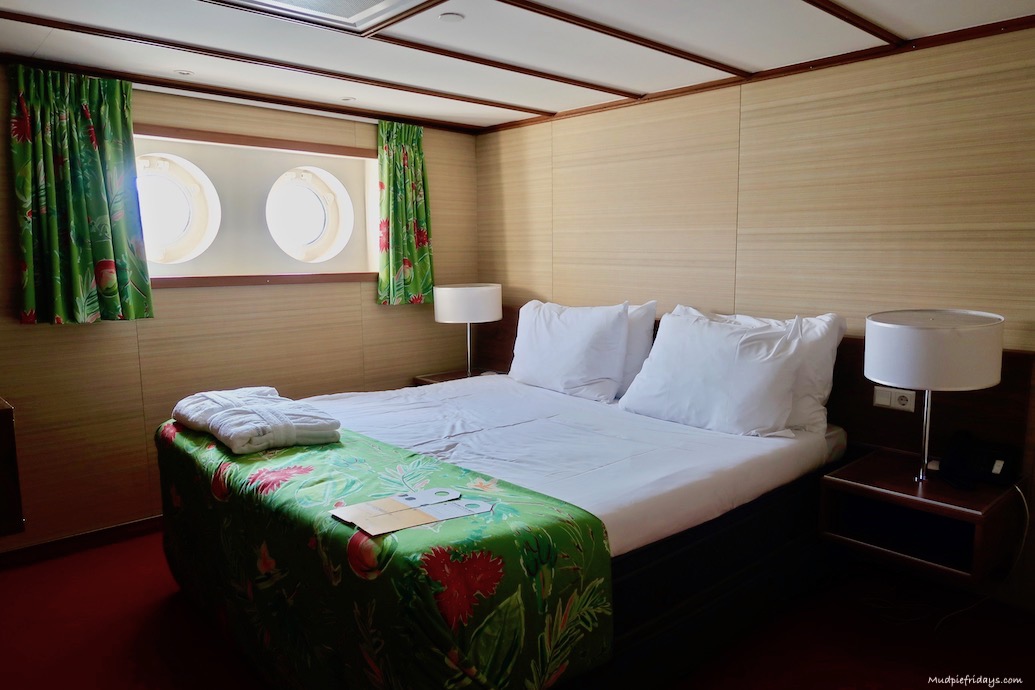 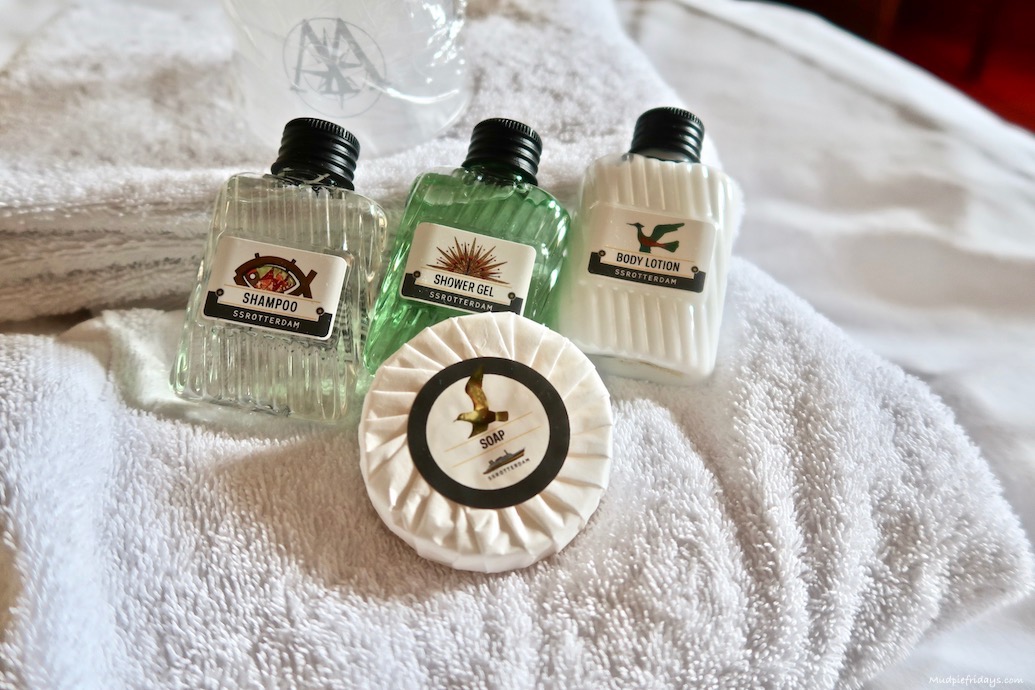 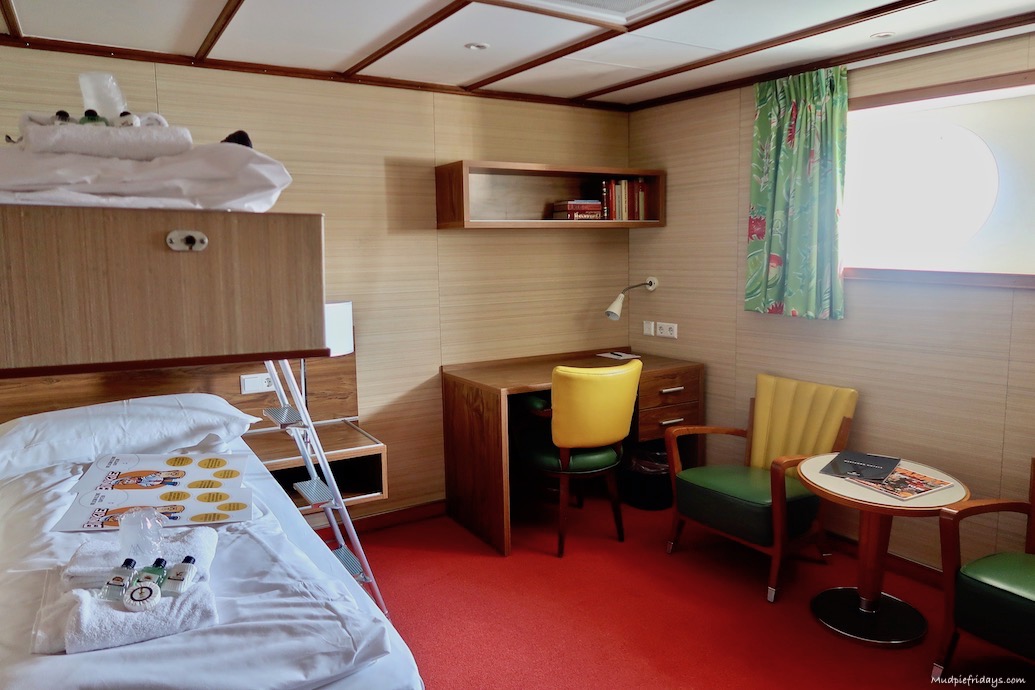 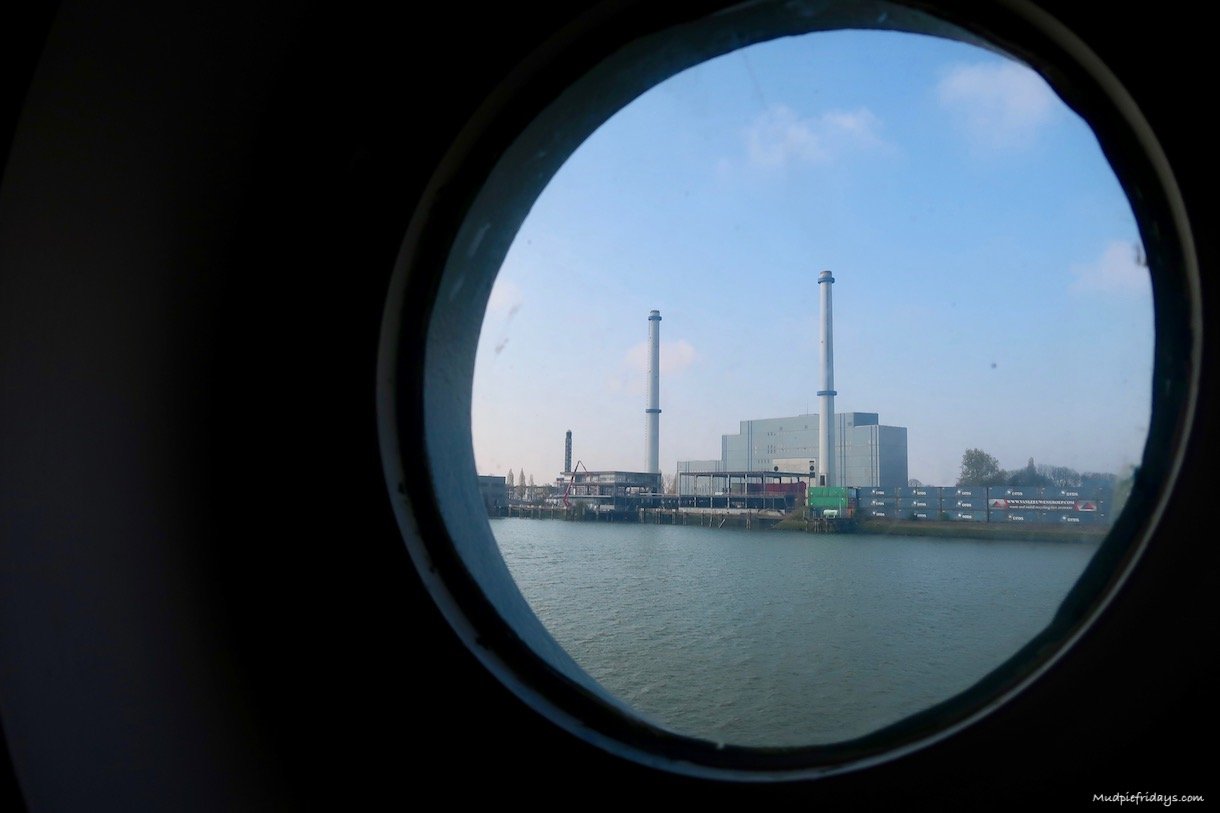 Our room was located on deck A and was a standard family room. I wasn’t anticipating having much space if I am honest. Since many things I have read about staying on cruise liners revolves around the lack of living space, however that can not be said for our room. I was surprised by just how spacious it was. The main room had been divided into two with a semi partition, separating the large king sized bed from the boys bunk beds. Although they were not tucked around the corner which meant I could keep an eye on them easily.
Opposite our bed there was a large flat screen TV which showed a whole host of  channels divided up by language. There was ample space for us all to get into bed and watch a movie. In the boys room there was also a writing desk, tea making facilities and several Art Deco inspired leather chairs. The novelty port hole windows let in more light than I expected. The décor was retro to stay the least harping back to the 60s when the liner first came into service. I was quite keen on the yellow and green chairs if I am honest.
There was also a small windowless square room off to one side which I assume was originally designed for storage. Perfect to keep all the coats and bags in. The bathroom is small and only offers a shower. But it was very clean and there was plenty of towels and bottles of miniature toiletries. 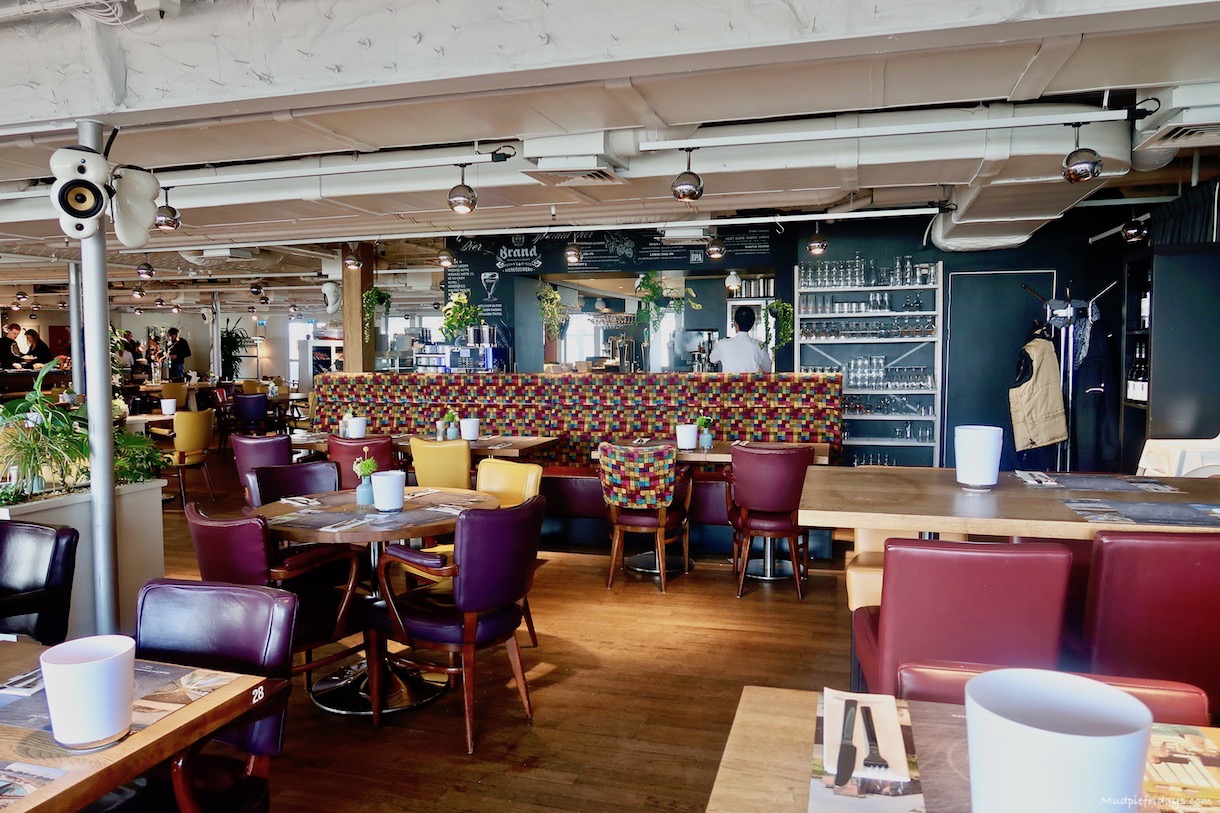 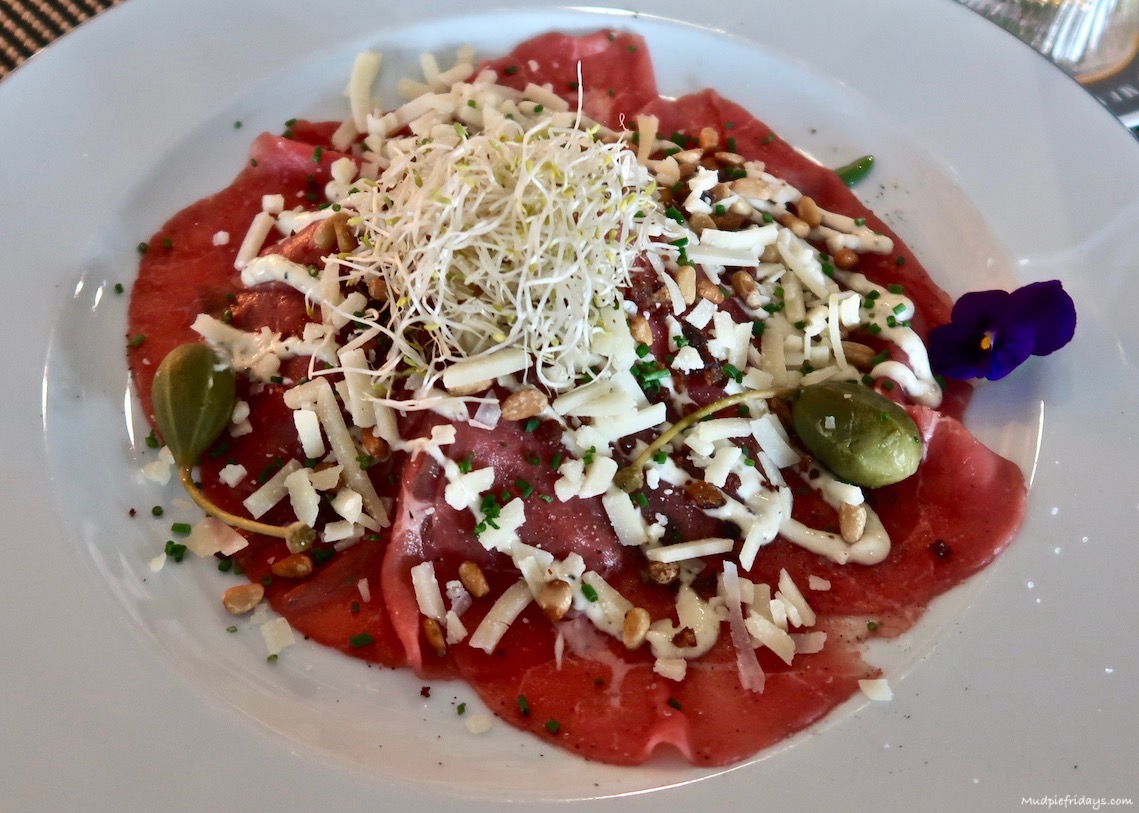 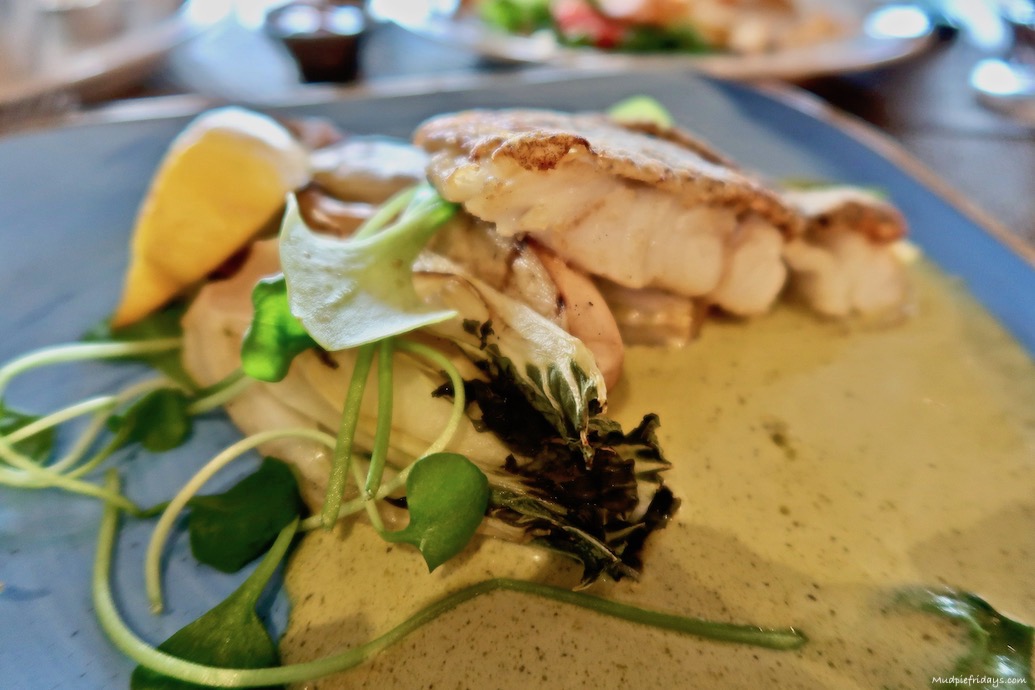 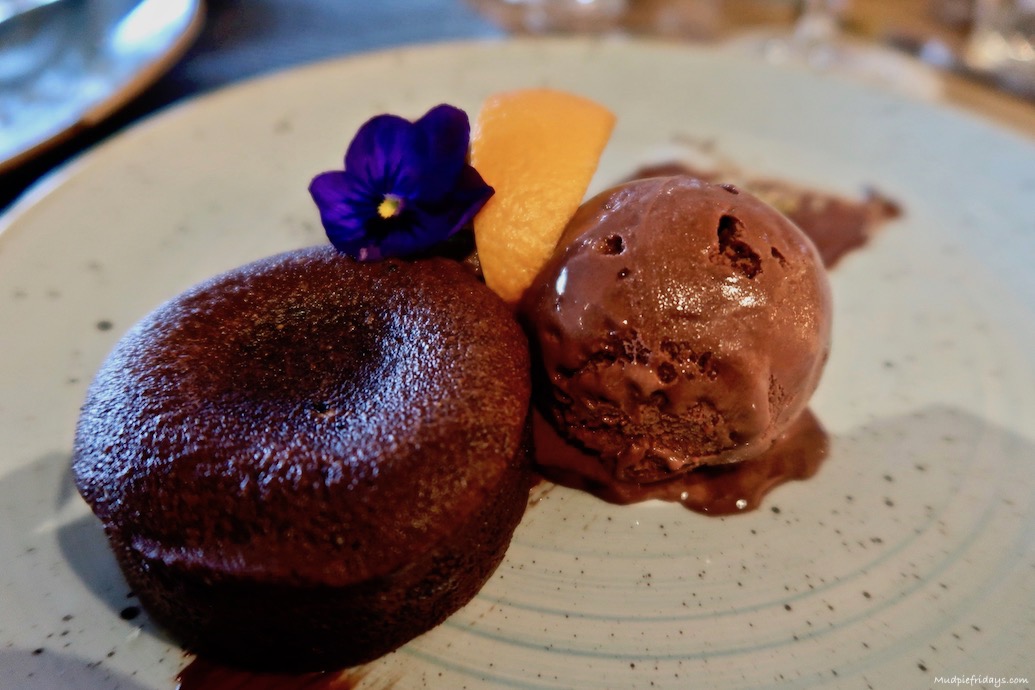 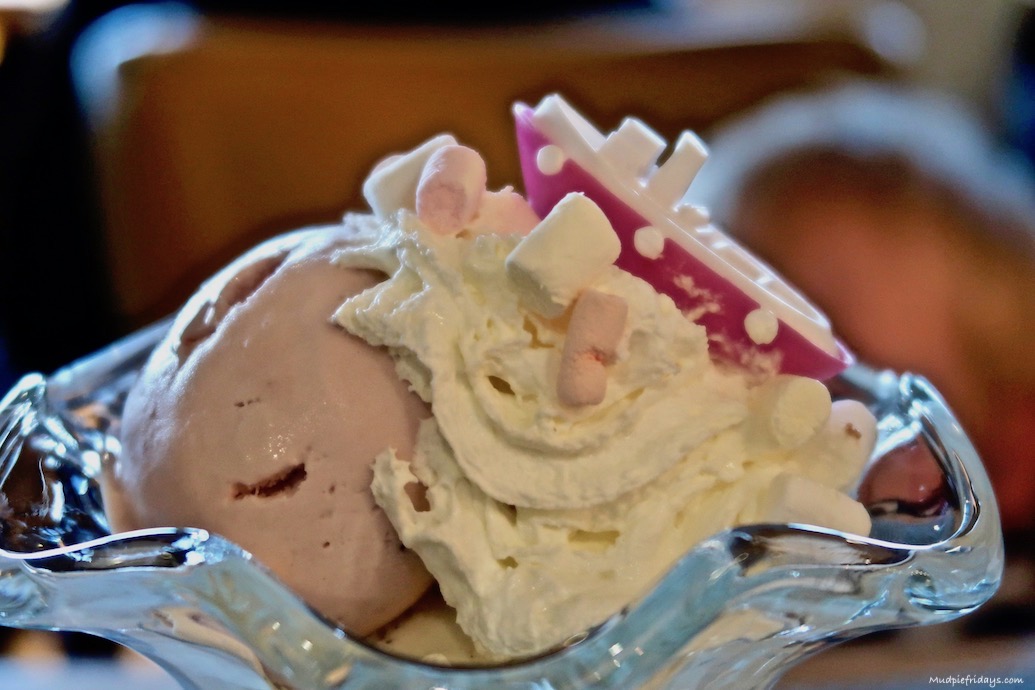 SS Rotterdam has its own onsite restaurant called LIDO. We opted to eat onboard. Although there  is a metro station nearby to allow you to eat in the city if you wanted. The restaurant looks like it has recently been refurbished with brightly coloured upholstery and a clean, modern feel. One end has long windows running down the side where you can watch the sun go down. The food was well priced albeit on the higher end for a family meal. Which I was surprised about considering they have a captive audience to a certain extent. The waitress was helpful and they dealt with Monkey’s allergies well by creating a burger for him which didn’t have sesame seeds. 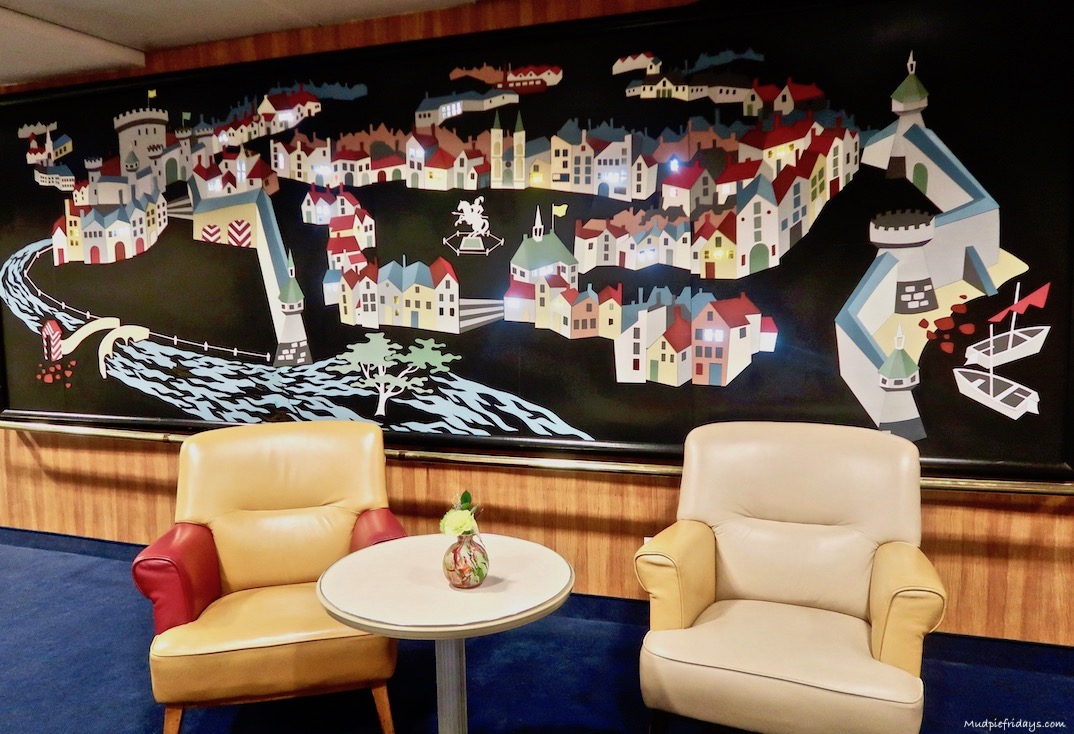 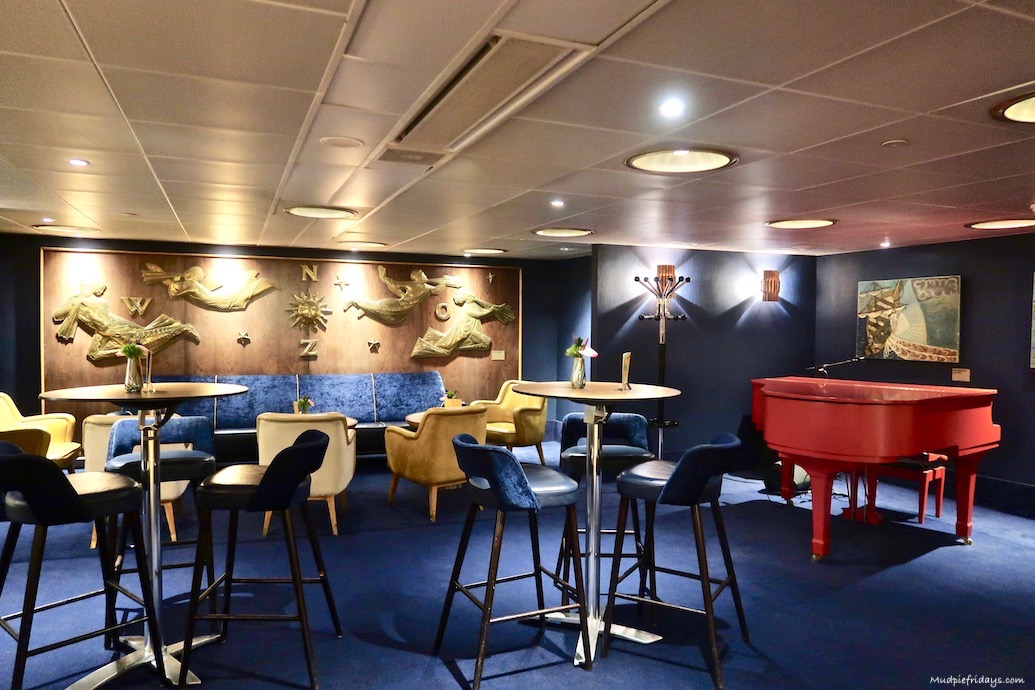 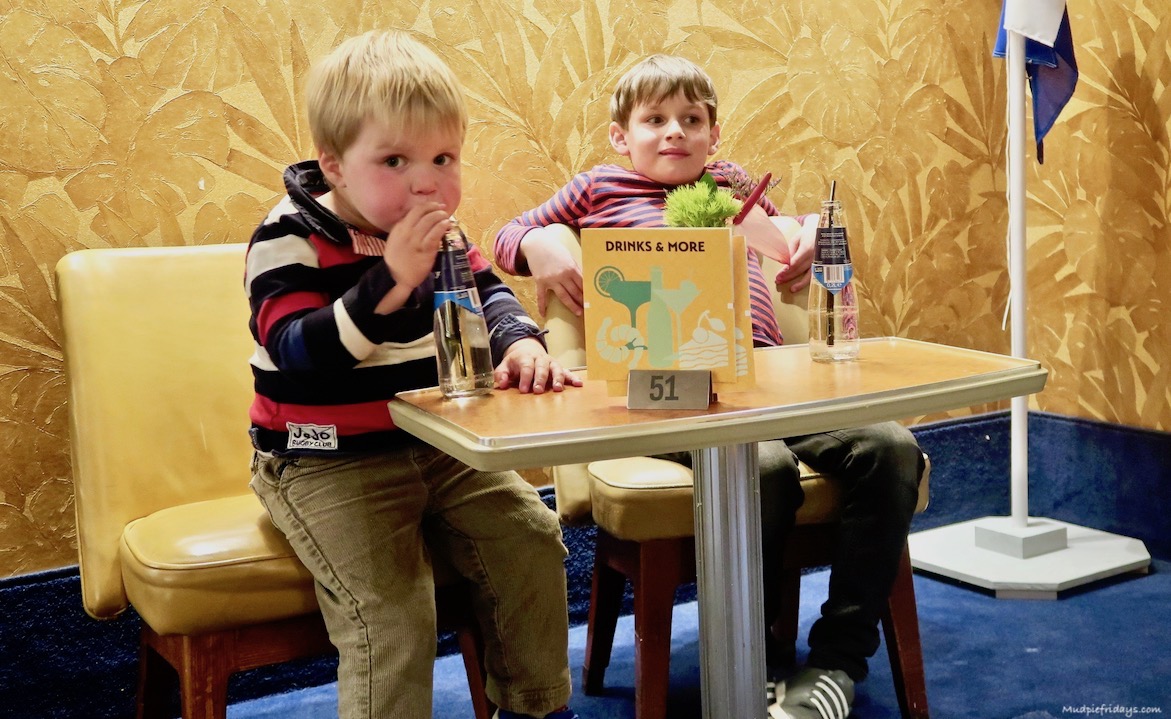 After dinner we decided to go through to the Captains Bar. It felt as though we had gone back in time to the 60s. In the centre of the room was a large well stocked bar surrounded by cream leather chairs and mosaic tables. Over to one side was a small grand piano and cocktail music played in the background. Right next to the bar was the Playmobil room. This meant that the kids could enjoy playing while we had an after dinner drink. I do think that more could me made of this room. Some of the smaller parts had been posted into the display cabinets and you couldn’t get them out again. Monkey was a little bit too old for the toys that were left and grew bored quickly. I think with a little love this area could be really special. 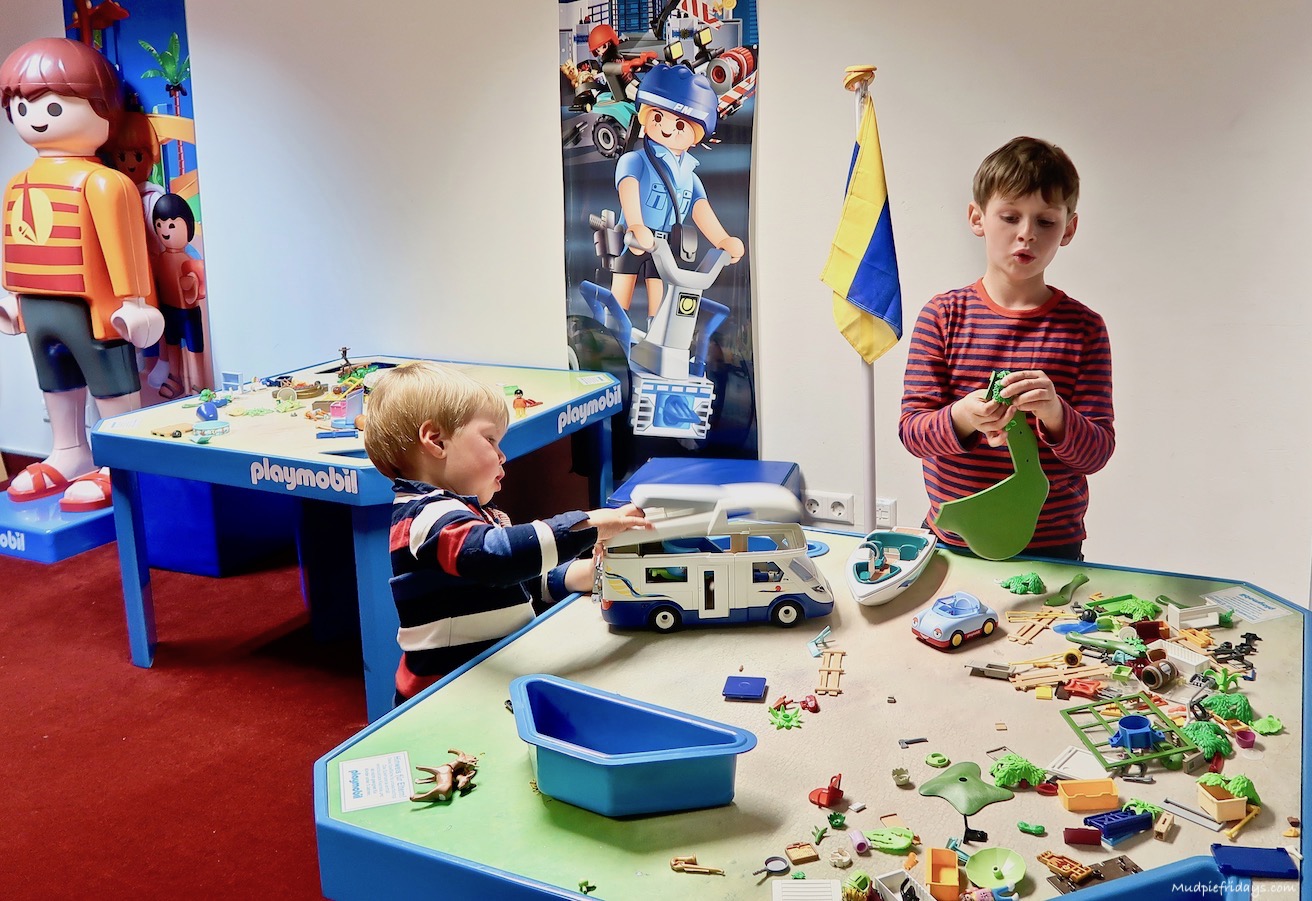 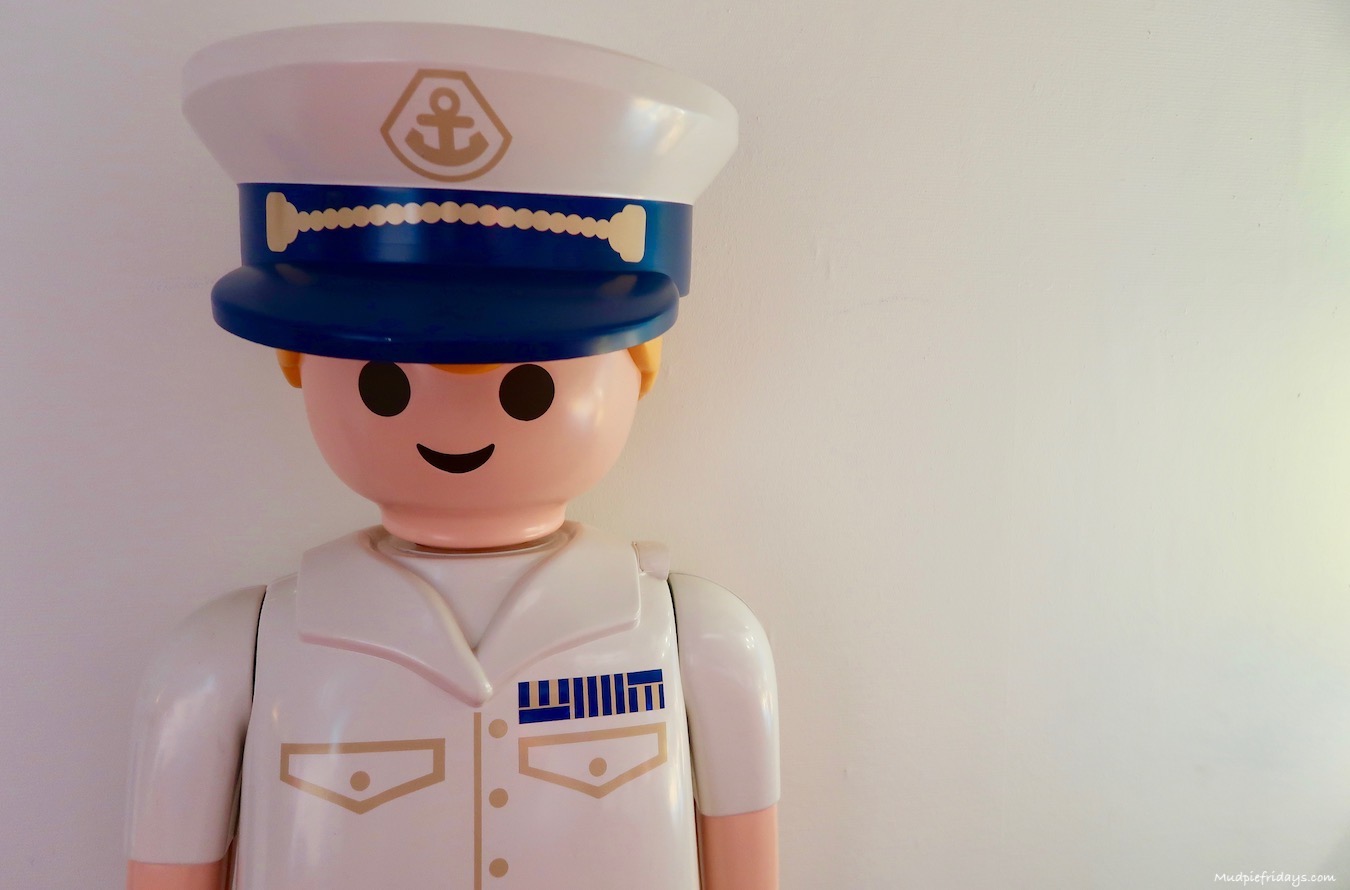 One of the benefits of sleeping on the ship is that its only a lift ride to your room. We had a good nights sleep and woke early. Turns out that the bed was large enough to sleep all of us! Breakfast was served in the LIDO. Although busy the buffet was being constantly refreshed with lots to choose from. They had both continental and hot foot options. Monkey particularly liked the smoothies. After breakfast we had a quick walk around the deck. Because of the time of year the pool was empty but I can imagine in the Summer it would be lovely sitting outside watching the sun go down. The lights reflecting in the water.

We had a very pleasant stay aboard the SS Rotterdam. If visiting Rotterdam you should not miss the opportunity to stay in this novelty hotel. You can book online here.

SS Rotterdam Hotel Review – We were invited to stay at the SS Rotterdam in return for this review, all words and opinions are my own. 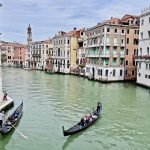