Feeding the Parakeets in Kensington Gardens

For the last couple of years when we have visited London we have often seen the bright green parakeets flying overhead. Now the UK’s only naturalised parrot they are thought to have been spotted in the city as early as 1893 in Dulwich. Various tall tales exist as to how they came about but somewhere along the line they were either released or escaped into the wild. Either from someone’s home or they came into the docks and made a bid for freedom.  Either way, there are now several established colonies across the capital. One such area is Kensington Gardens and Hyde Park.

Imagine the boy’s delight when we stumbled across them. I am not sure we would have spotted the opportunity had it not been for the flocks of people trying to entice these little green birds down from the trees.  But it turned out to be one of the highlights of our weekend in London. So much so that the boys are already begging to go back and give it another go. Something that I am sure we will do next time we are in the city. 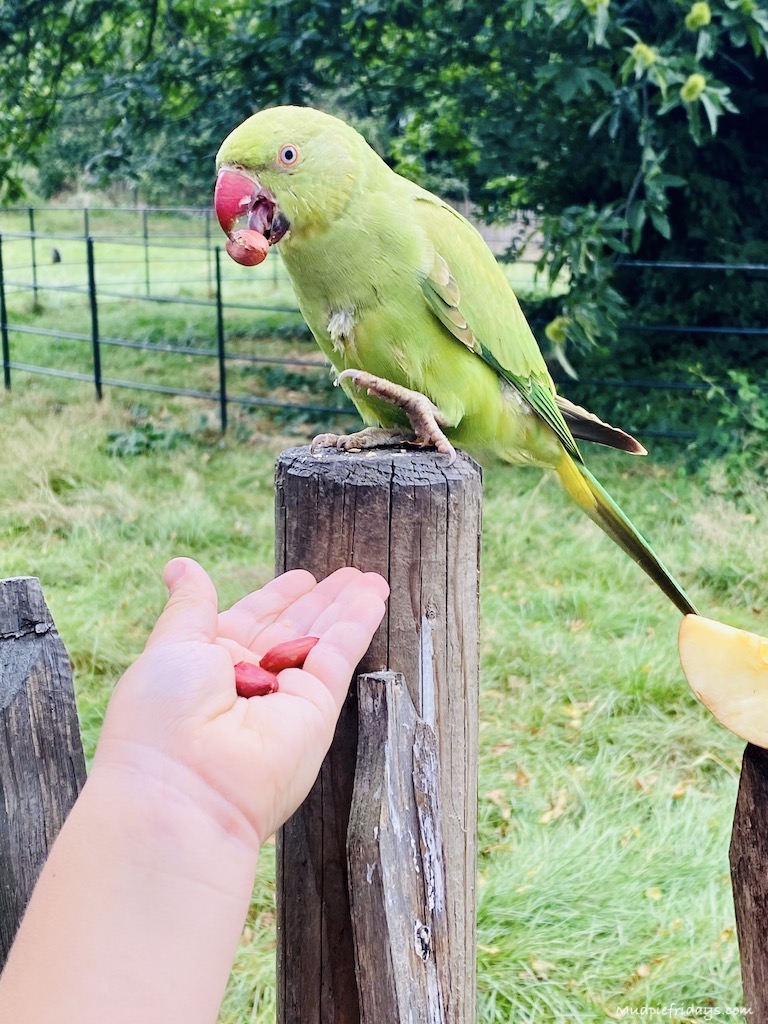 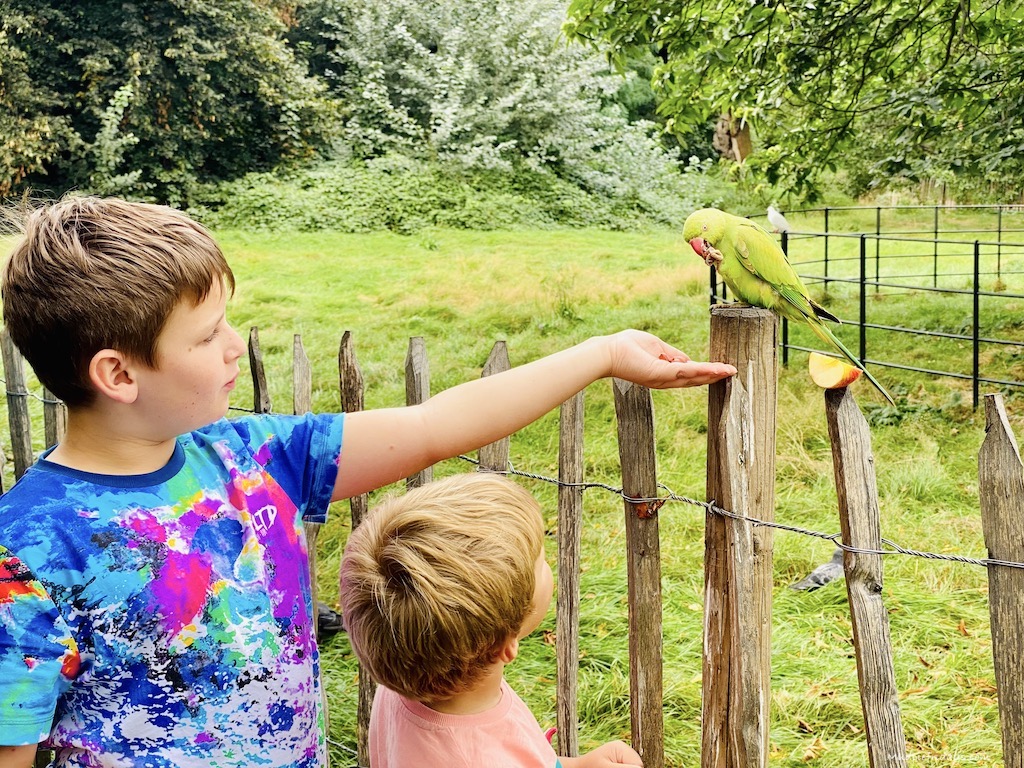 Where to find the Parakeets in Kensington Gardens

I am sure there are several places to find the parakeets but we found them on the Kensignton side of the park. Kensington Gardens and Hyde Park are separated by the Serpentine.  We decided to stick to the Kensignton side of the river and walk up from the Albert Memorial to the statue of Peter Pan. I wanted to capture a couple of photos of the boys.  But while we were walking up the side of the river we noticed a flock of people. They were gathered around a tree which was surrounded by a metal fence.  Just south of the Peter Pan statue. This is where we found the parakeets. If you reach the statue then turn round and head back a few hundred yards on the main path and you will not miss it. I did not notice any other trees surrounded by a metal fence.

Also, you may notice that there are chunks of apple which have been stuck on the spikes of the fence. If you see these then you are definitely in the right place. 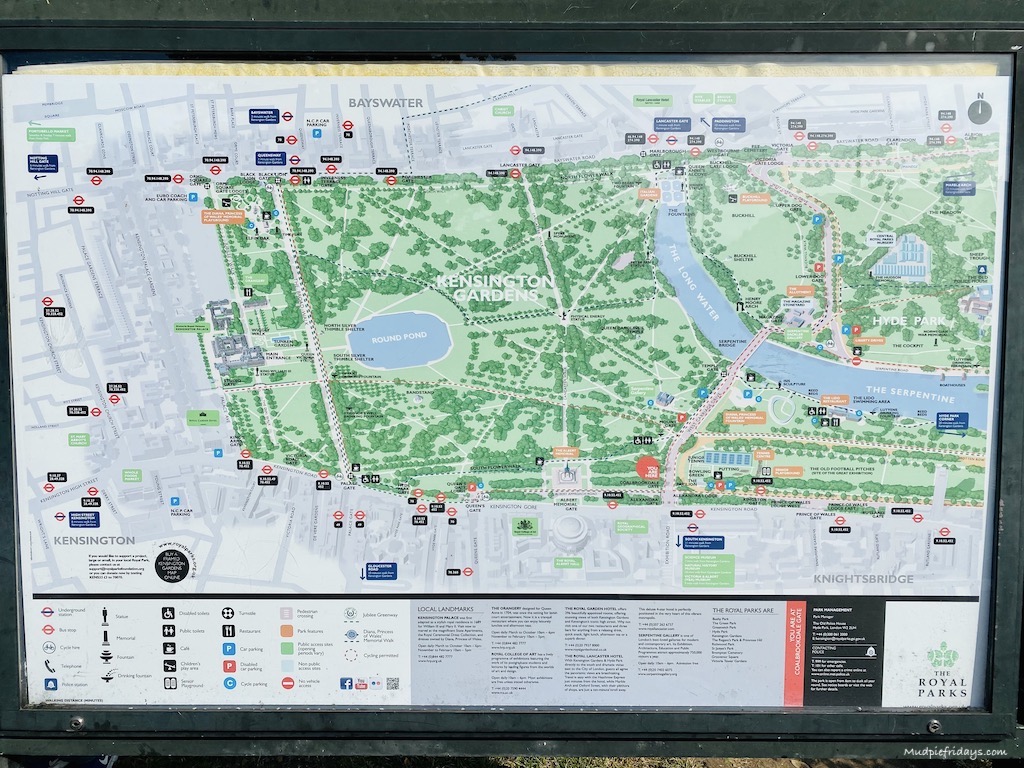 What to feed the Parakeets

I had not planned to feed the parrots at Hyde Park and so had not brought any supplies. As Charlie was watching them in delight a very kind man offered the boys the last of his peanuts.  It was very kind of him. Other people were using wild bird seed and apples predominately. Although they did really like the plain peanuts and we had lots of success with them.

There is a nack to feeding the parrots. They will not come to a wobbly hand as they are really quite timid. You have to make it very clear that you have something in your hand and just offer it up to them and keep it very still. This can be difficult when the local pigeon population has also worked out there is free food on offer.  But both boys did manage it. The parrots appear used to being fed so this helps but any big movements will freak them out. Also, we noticed that with some of the bigger peanuts they would take them back into the trees to snack in peace.

I should just say that there are signs up around the park asking you not to feed the local wildlife. As it can affect the environment and the animals in adverse ways. 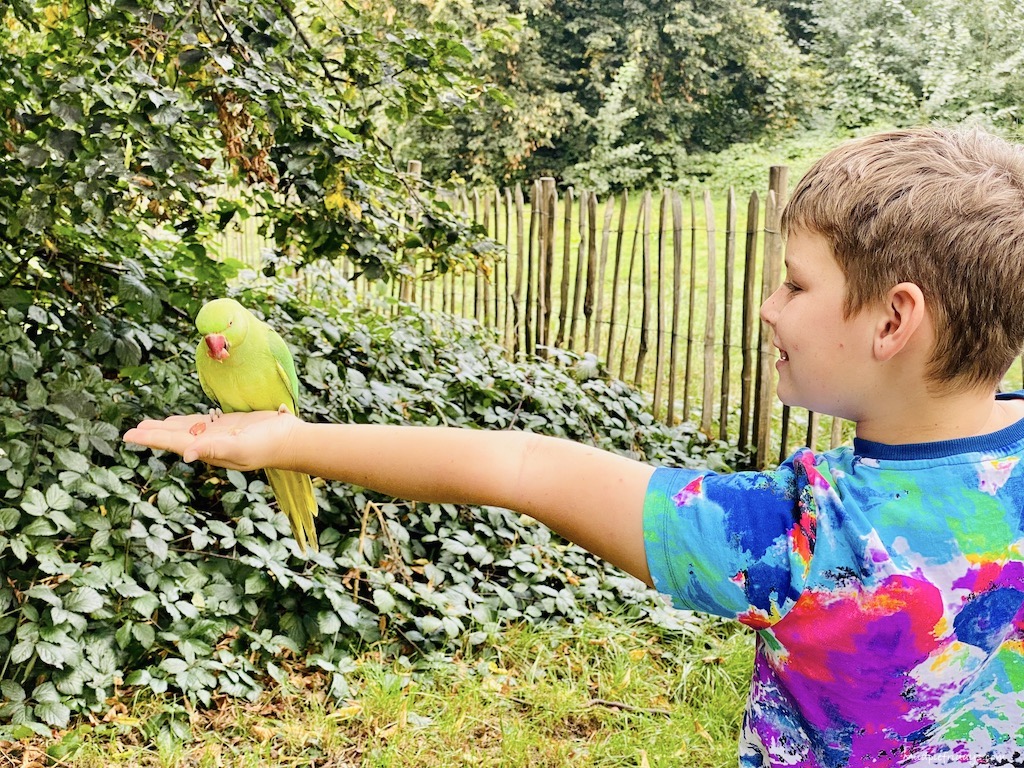 How to get to Kensington Gardens

If you are wanting to explore the gardens yourself then you will be pleased to know there are several tube stations near Kensignton Gardens and Hyde Park. The tube station which is closest to the area we found the parakeets is Lancaster Gate. This will bring you to the top of the park and so you will need to walk past the Peter Pan statue before reaching the tree.  Lancaster Gate is on the Circle Line and is in underground zone one.

Have you fed the parakeets in London? 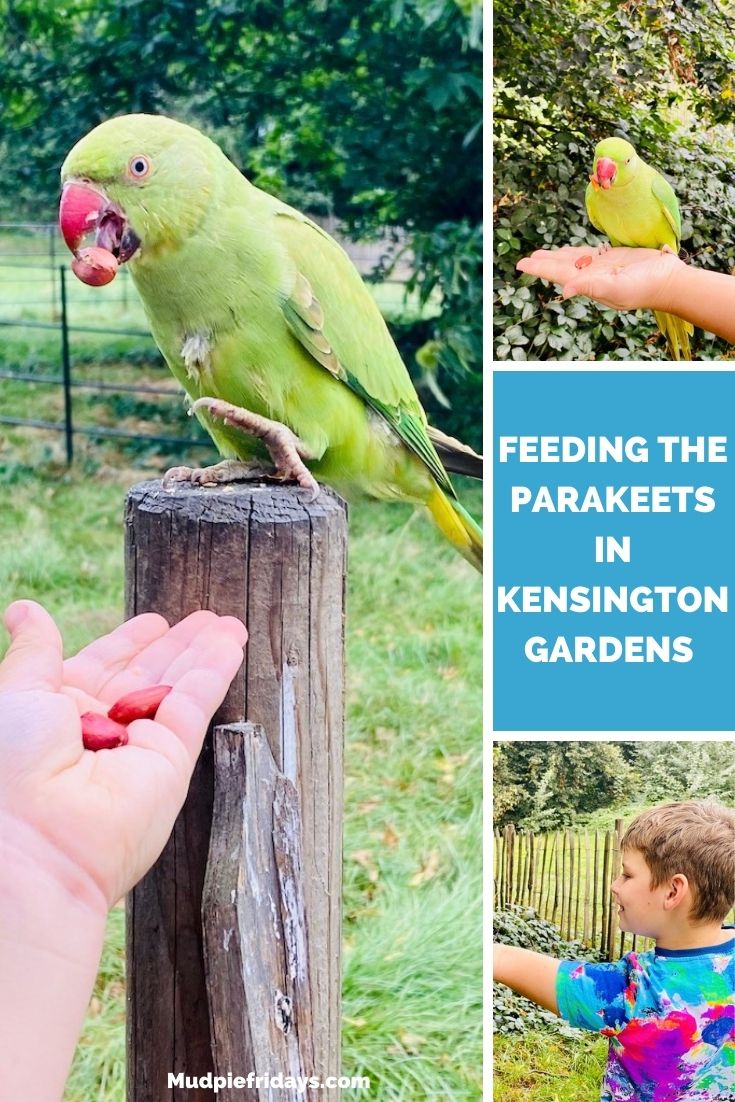 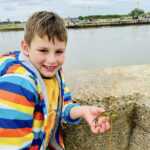 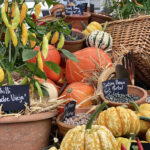 What to expect when visiting Electric Brae

How to Start Geocaching

Where in Sussex is Pooh Bridge?