You may remember a post I wrote about Nymans in the Wintertime, my intention was to visit each season as part of making use of our National Trust passes. I wasn’t expecting to go back there quite as quickly but when a friend rung and suggested we take part in the easter Egg Hunt they were running on Good Friday I couldn’t resist. 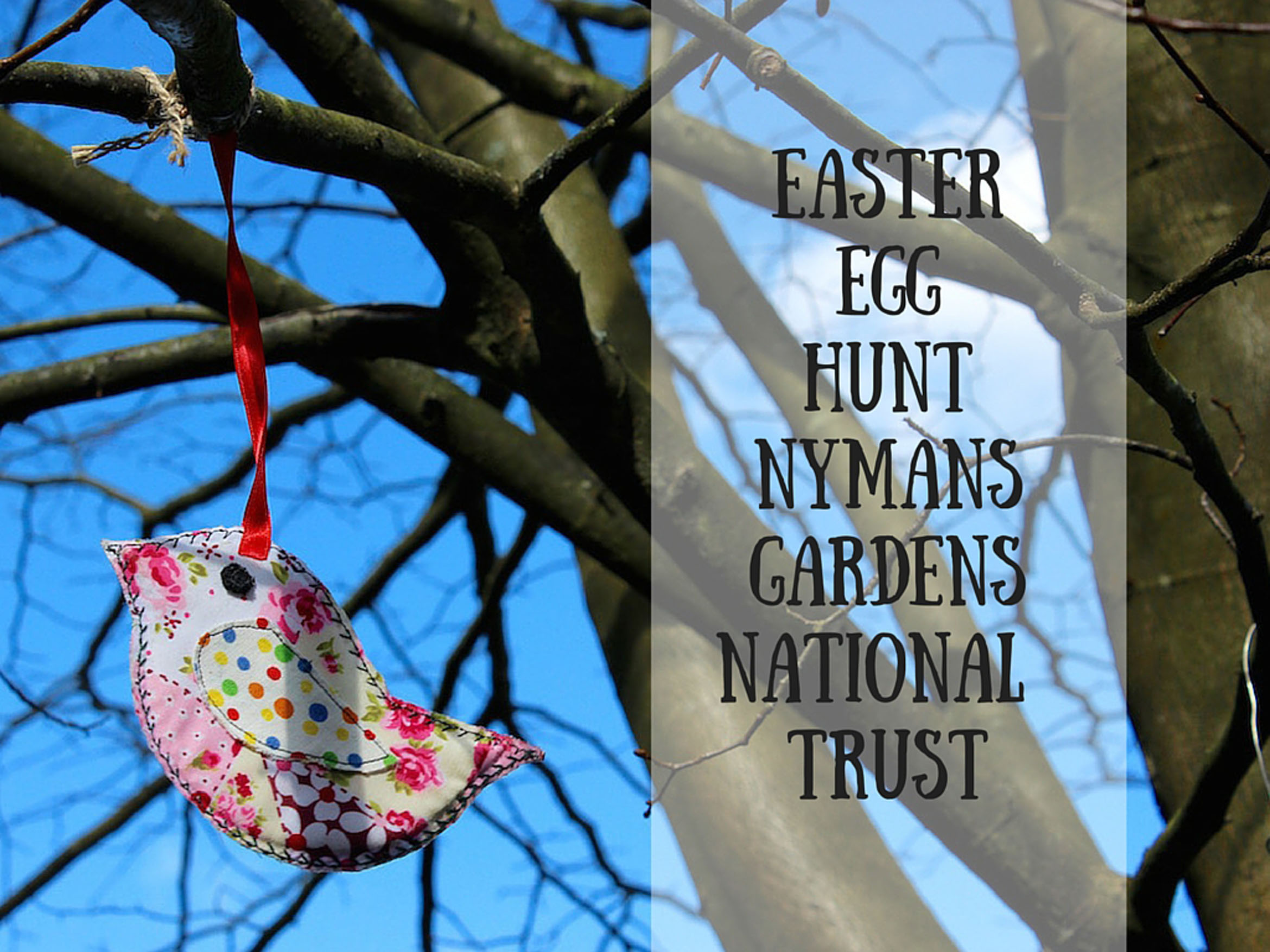 Due to other commitments we turned up around midday which was a mistake. Nymans parking has always struggled even on a wet windy day. However they have done all they can to improve it expanding and employing parking attendants. Despite being heavily pregnant the gentleman operating the way in would not allow me to go and wait for someone to leave. As we hit lunchtime I was sure people from the morning would be heading off soon and I had no problem with waiting. Funnily enough one of our party turned up with a toddler and 4 month old and wanted to do the same but he turned her away as well. Instead we were forced to join all the other visitors parked up on the grass verges. I think we ended up about half a mile away, less than ideal. Thankfully local traffic is aware of the parking issues and normally spots the lines of cars and slows down so it didn’t prove too difficult to get Monkey out of the car and up to the entrance. However I wouldn’t have wanted to do it with a buggy. 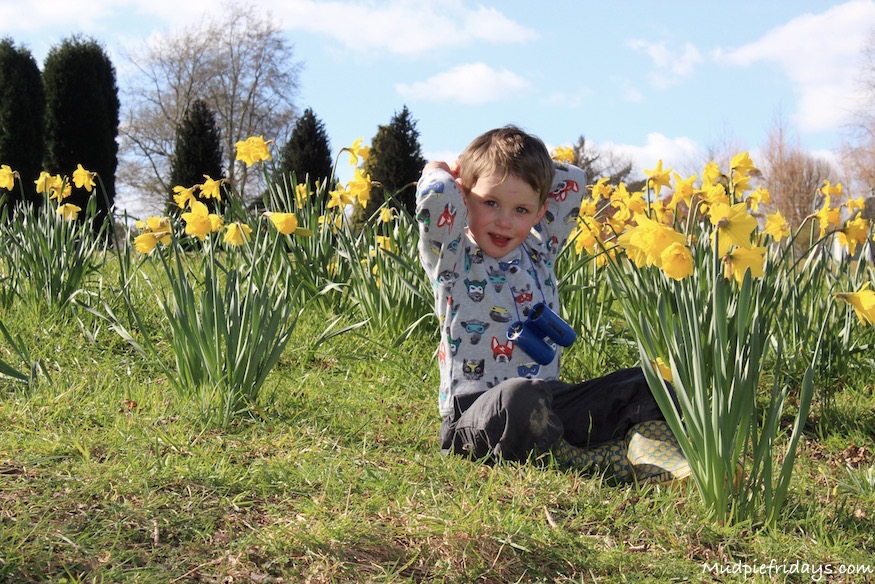 Once in, it wasn’t too bad busyness wise, its such a large site that all people were well spread out so you didn’t feel as though you were on top of each other. The cafe was busy though and we headed there first for lunch. Im not really surprised as its very good value, for a kids meal including 5 items (ham roll, apple juice, sausage, veg pot and raisins), adult drink, sandwich and crisps came to just over £10. It gave us a chance to gather ourselves together and wait for everyone else to juggle the parking issue. Although it was busy there was enough binoculars for all the kids, it was so cute watching them play follow my leader amongst the daffodils. I would have included the picture here but it has other children in it. However we will be trying to go back with all my camera equipment to see if we can get some better pictures, assuming the torrential rain hasn’t broken all the flowers. 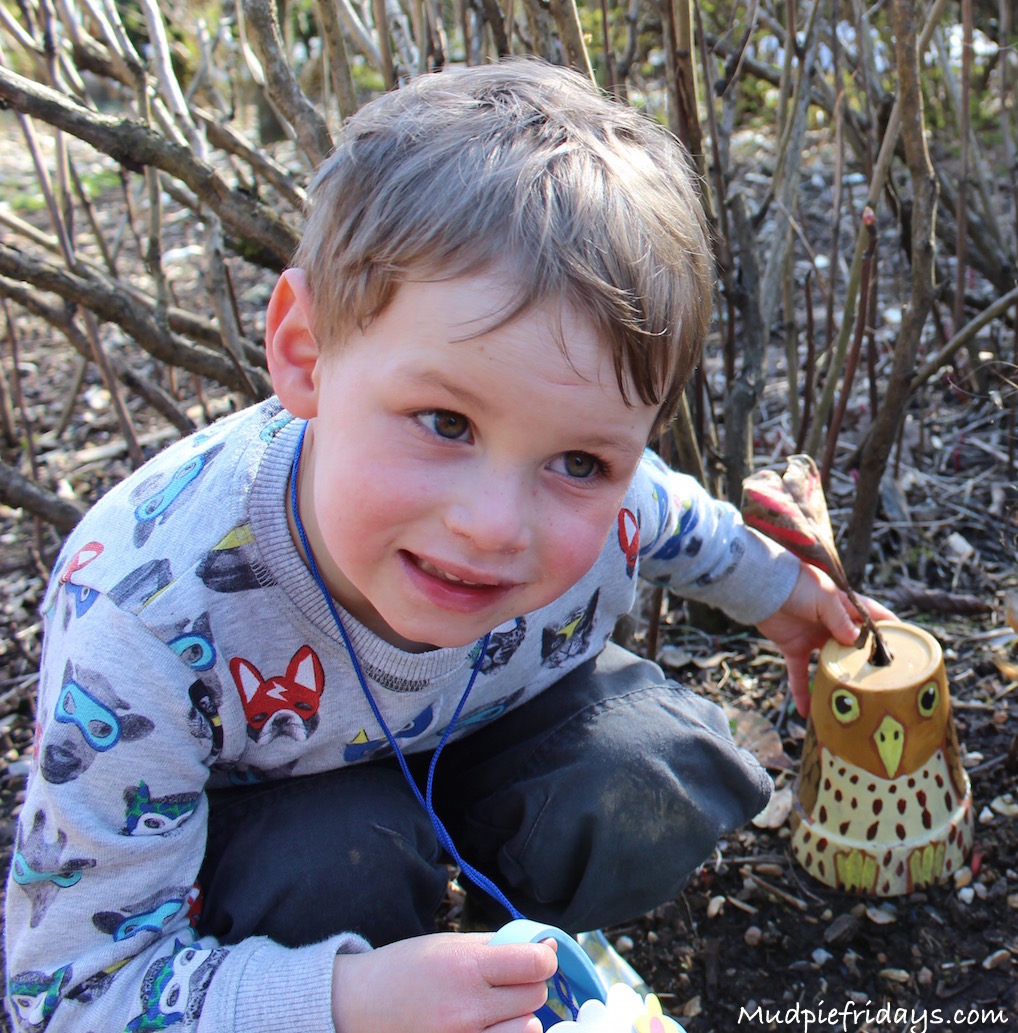 The Easter Egg Hunt costs £3 per trail. The idea is to walk around the gardens and trails and spot as many birds as possible. Some of them were well hidden! There are 50 birds spread throughout the grounds, although you actually only need to find 20 to claim your prize, I think we managed around 25 which is not bad with three 3 1/2 year olds and a 15 month old in tow. We also managed to hide some of our own little wrapped eggs for them to find, which was a little tricky with all the other kids around!! To have our own little Easter Egg Hunt. Unlike similar events we have been to the ‘prize’ is substantial I was really quite impressed a Cadbury Bunny, and we didnt need to queue up too long to claim it. 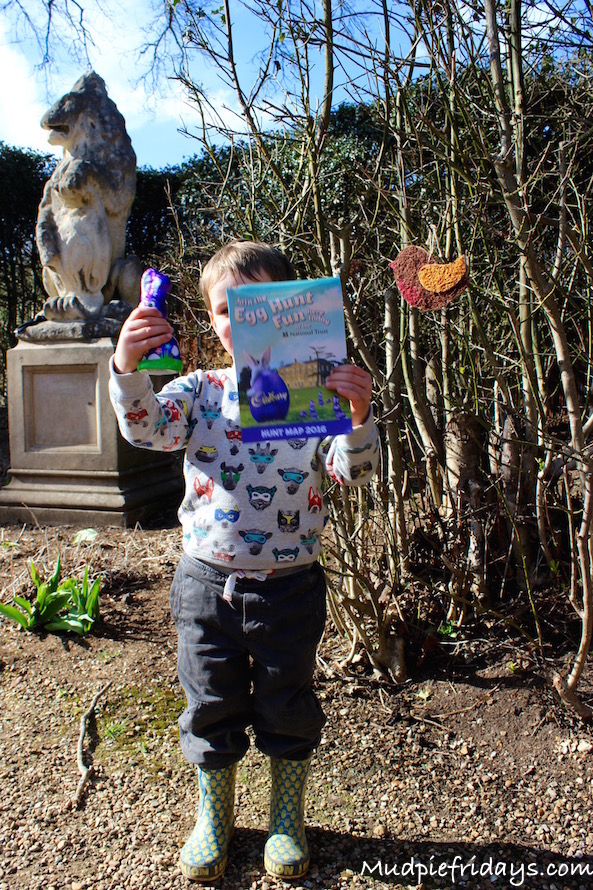 Of course Monkey wanted to eat it straight away! I am guessing that Cadbury’s have done a deal with the National Trust as they were stored in a branded treasure chest. So you may want to check out your local property to see if they are also running one. The one at Nymans is running throughout the Easter Holidays finishing on the 3rd April. 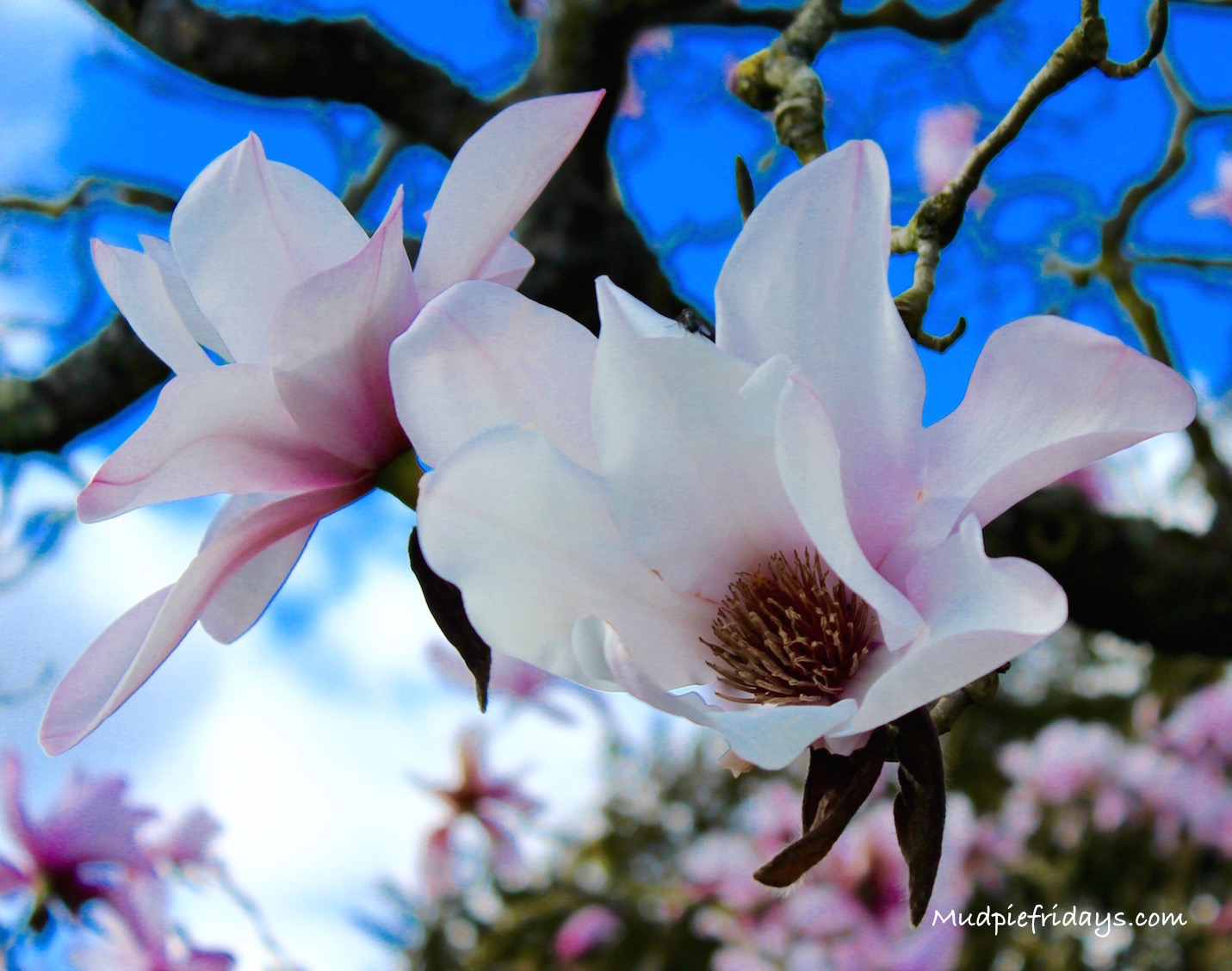 We got very lucky with the weather, all of us happily walking around without coats. The gardens are starting to come alive and the Magnolias are in full swing. Just being out in the sun is enough to brighten the mood. As the lawns have drained the kids were allowed to play on them and it won’t be long until everyone is picnicking. Even in a couple of months since we last visited the planting is changing and Monkey is finding interest in different things. Although the willow trees from last time were a great hit with all the kids. The little shop is now full of plants ready to plant and the workshop was being used for oil and acrylic paintings which were on sale. In all we were there for about four hours, all the children had a great time and let off a lot of steam, it was a great way to spend the only nice day of the Easter break and I am already looking forward to seeing what they have on in the coming months. The only difference will be that we will turn up earlier in the morning especially if bubba has made an appearance by then!

Breakfast with the Easter Bunny