Its funny because I feel as though Autumn is well and truly here so I wasn’t going to write up this post. Yet there have been some lovely sunny days so I thought I would share incase you are looking for something to do in the coming days. Just before we went away we spent a lovely day at Habour Park in Littlehampton, it was relatively unplanned and we just turned up with swim stuff not really sure what to expect. So here’s what we found: 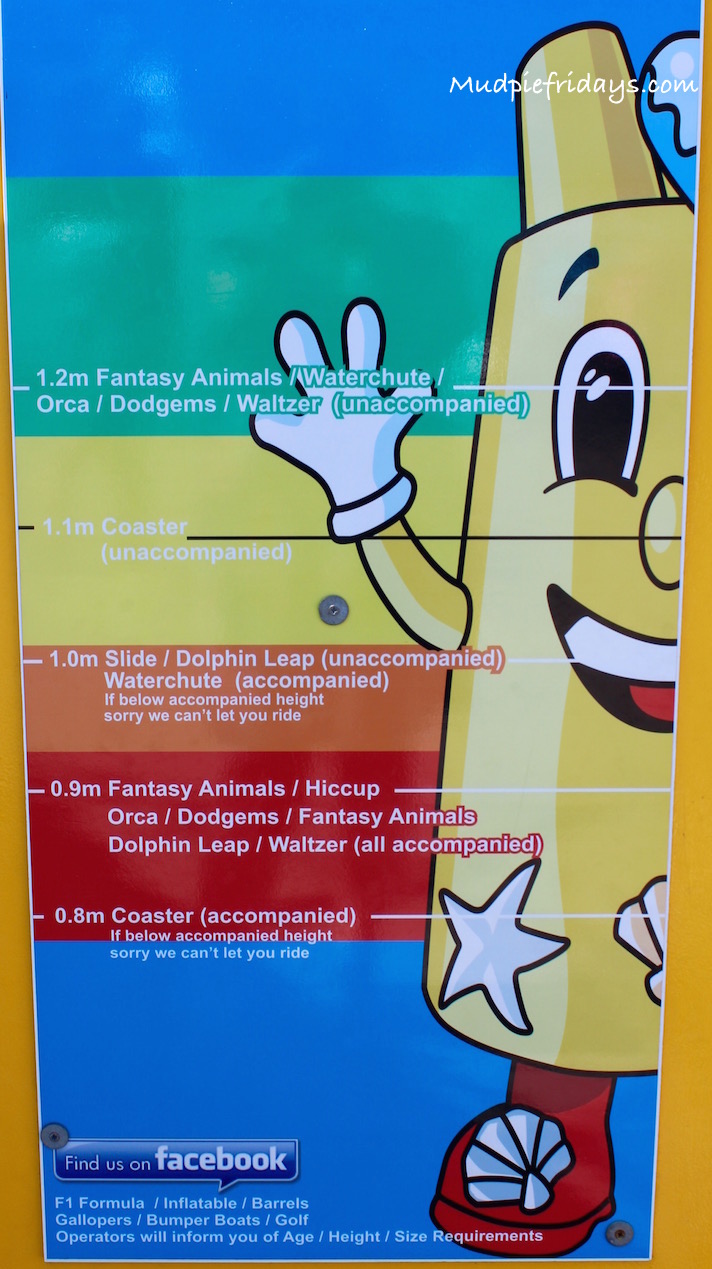 First of all parking, you will be pleased to know there is a large carpark and we managed to get two cars in mid morning without any trouble. It is pay and display so remember your change as from memory its not the cheapest especially if you are planning to stay all day. Harbour Park itself is like a static fun fair, the rides are specifically designed for children from the age to 2-12 and the thrill level matches this. For Monkey aged four it was perfect as there was lots of things he could go on even only being around 105cm. There are charts placed around the park which show you height requirements, ideal if your little one has their heart set on something which they are not big enough for as it allows you to be pre- armed!

Saying that Monkey went on everything he wanted to and we didn’t have to queue for much either (we visited on a Monday during school holidays). You can see below from the photos the rides Monkey went on:

We must have been in the park for about three hours as Kipper demanded a second feed, so we headed to a little cafe on the outskirts while the boys went to check out the crazy golf. There are plenty of places to eat and drink and I can recommend the Belgium Buns! There is also a little gift shop which sells everything you would need to go crabbing, something which we are saving for our next visit as well as wristbands for the rides. Entrance is free, so you only need to pay for what you actually want to go on, all the rides operate on a ticket or token system, most only need one ticket but some will need more tokens. 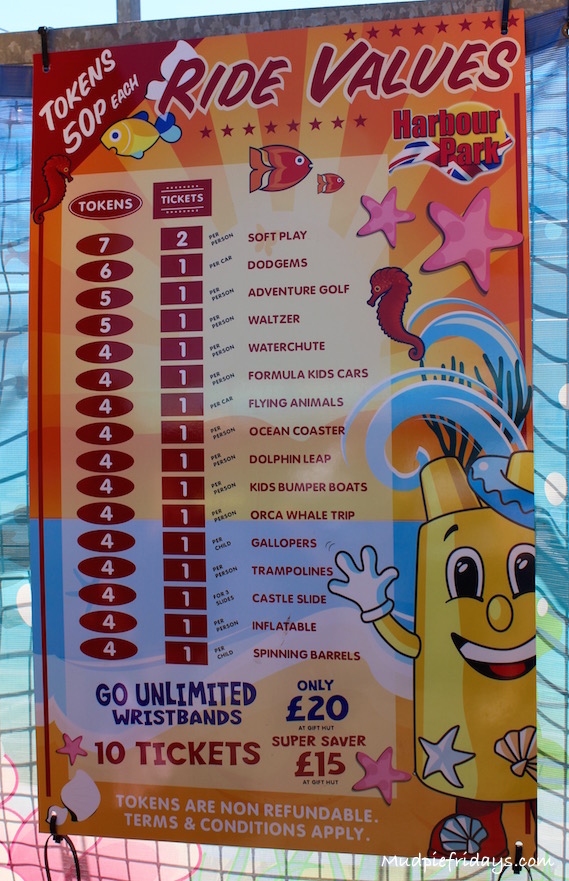 Its a bit of a crazy system as a token is 50p but if you buy a book of 10 tickets its £15, so £1.50 a ride instead of £2 a ride for the lower end rides or £1.50 a ride compared to £3.00 for those that need six tokens. We brought 10 tickets and this was plenty for the time we were there and Monkey went on plenty. You can also buy tickets online from their website a strip of 10 tickets works out even cheaper at £13.50. 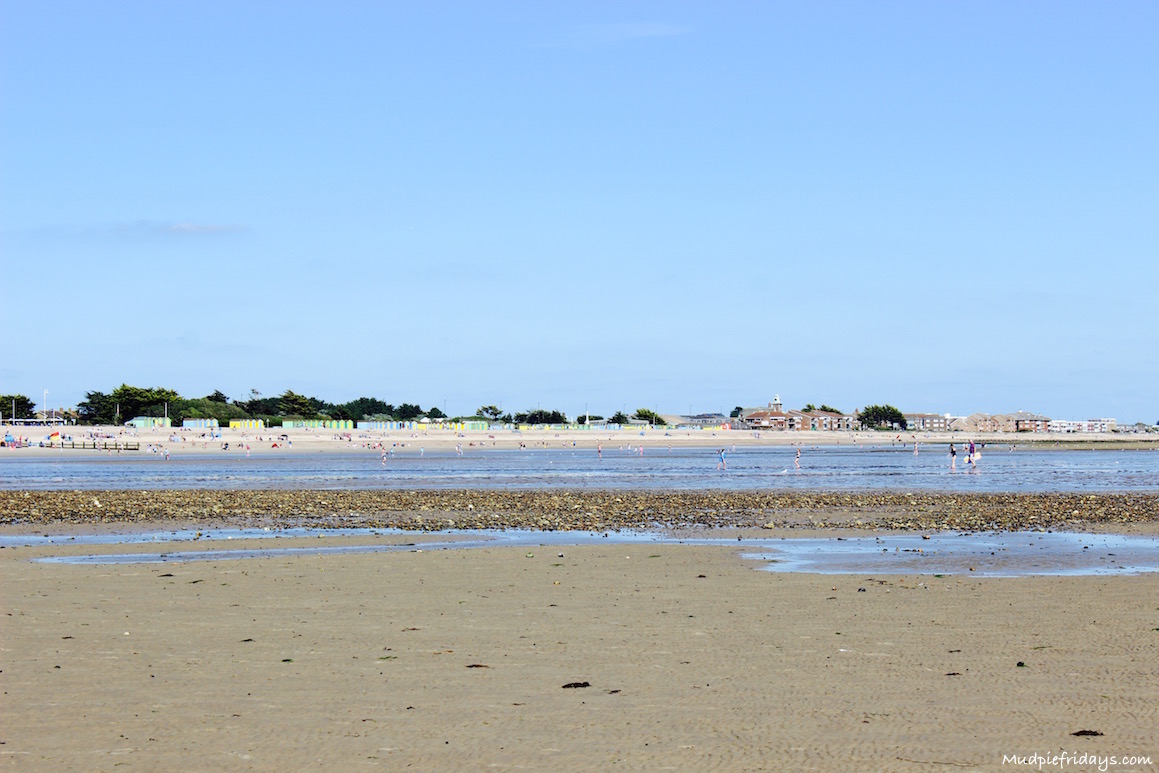 So Harbour Park is great fun in itself but being that its right on Littlehampton Beach we decided to buy a wind break from one of the little shops for £15 and spend the rest of the afternoon lazing around. For those of you who haven’t been Littlehampton Beach is sand as far as the eye can see, especially when the tide is out. The spot we picked was literally just across from Harbour Park. When we visited it was windy so Monkey did get quite cold quickly in the sea, however that didn’t stop him looking for winkles and cockles. I would definitely recommend a day out to Harbour Park and beach if you are in the local area. I am a little bit sad that we only discovered it towards the end of the Summer holidays. Never mind I’ve put it on the list for next year!

Linking up with #CountryKids 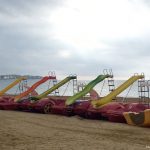