Peter Rabbit Themed Birthday Party: I have mentioned before that Birthdays are a pretty big event in the Mudpie house. None more so than a first Birthday. I had in my head this huge Peter Rabbit themed extravaganza. However for one reason or another the gathering was not a large as I had imagined it would be. But actually this made the whole experience much better for me. And they do say first birthdays are all about the parents… 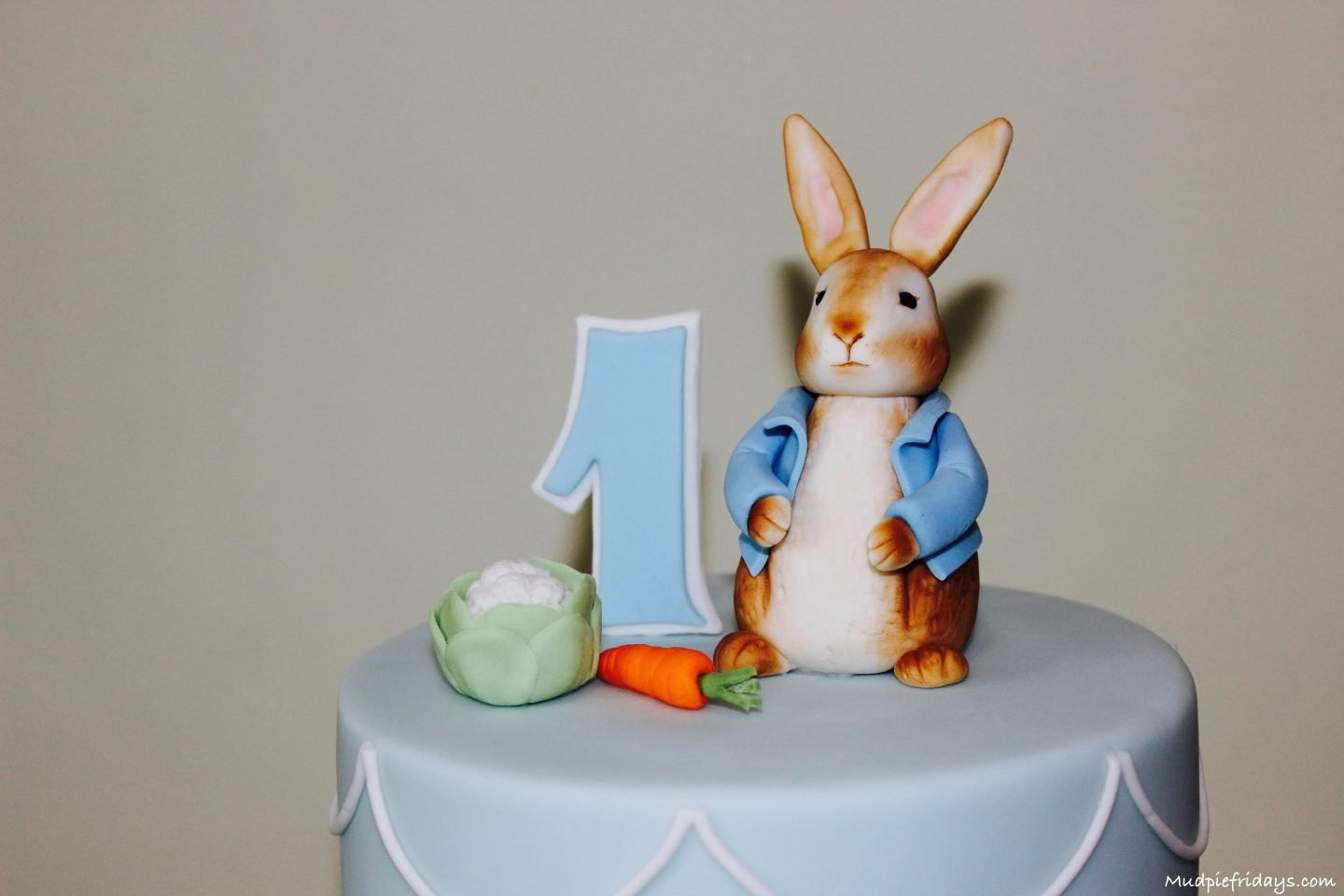 I struggled with a theme for Kipper’s party as I was after something traditional yet cute because as they get older boys just don’t do ‘cute’! I couldn’t do the Hungry Caterpillar again as this is the theme we had used for Monkey’s first. When I realised that Peter Rabbit had celebrated 150 years the year Kipper was born it seemed to fit. Determined not to get too stressed out by the occasion I opted for a few personal touches.
Cake – Food was always going to be easy as we had already decided on a BBQ with close friends and family. Yet I wanted the cake to be the centre piece of the table. Looking on Pinterest I fell in love with a number of different designs. I realised quickly that if it was going to look like the picture that was quickly forming in my head I wouldn’t be the one decorating it. Thats when I was recommend Sugared Pumpkin by a friend. Not only are her prices reasonable the cake itself was everything I hoped it would be and more. It also tasted really delicious we opted for vanilla cupcakes, a small lemon tier and a larger chocolate bottom. All I need to do now is to find a display dome to keep Peter Rabbit safe. Outfit – I traditionally buy or make a numbered t-shirt for Monkey but I had already seen the outfit I wanted for Kipper – which was a little bunny outfit from Greenberry Kids. Our very own little Peter Rabbit. I also used the same outfit for his cake smash – post coming soon! He was happy in the outfit and there was plenty of room for him to move around. Although I hadn’t banked on the ears falling over his face all the time which made getting photos interesting. I am hoping to get some more pictures of him at a later date in it too. So at least this way it will get more wear out of it than a numbered t-shirt Tableware – I brought from Amazon* in a traditional Peter Rabbit design, I added in some blue and white paper straws for the older kids to try and give it a bit of a vintage feel.

Party Favours -There was only a handful of older children coming, mainly Monkey’s friends since we had already held an NCT party for all of Kippers friends. So there were a few small things set out for them to play with including bubbles and balloons. I opted for some little plastic carrots which I brought from Paper Chase during Easter and filled them up with little organs Haribo teddy bears. They also looked great with the cupcakes. Invites – If you are a regular reader of Mudpie Fridays you will know that I am a fan of print at home stationary every since we got our Ecotank Printer as it allows personalised invites at a fraction of the price. Plus since much of it you can download and print you can do it very quickly and… last minute! To match my traditional/vintage theme I found theses lovely ones from Hip Hip Hooray.
Time Capsule – For Monkey I made a First Birthday Time Capsule, I am doing the same for Kipper. I have found a Peter Rabbit box to keep it all in. I downloaded from Hip Hip Hooray some little note-lets which I asked guests to write a message on for the time capsule. I will also use some Peter Rabbit wrapping paper to make his first birthday cards into a book. Birthday Banner & Signs – I would normally make my own Birthday Banner for the boys but trying to rep the whole thing as stress free as possible I opted to buy a personalised one from CushnCraft off of Etsy. I also got a couple of signs to direct people round to the back of the house from
Thank You’s – Keeping to theme I will be using some of the cake smash photos to make a Thank you card from Kipper. I suspect in download format. I also made a First Birthday Chalkboard Poster and a Monthly First Year Photo Banner. So there we have it, our youngest has passed his first birthday milestone. I am so glad I did it this way instead of the craziness of Monkey’s. If you are thinking of holding your own Peter Rabbit inspired party then check out my Pinterest board below: 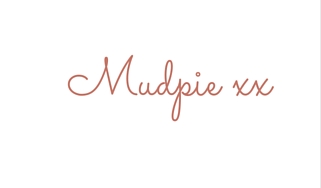 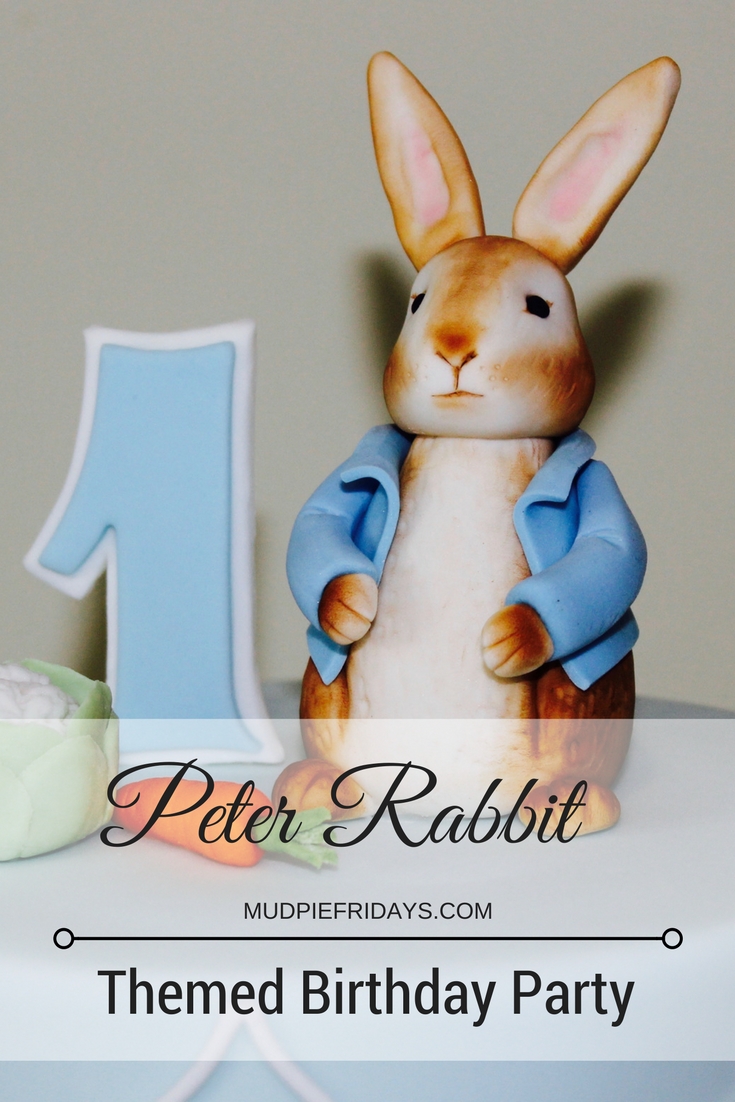