NERF Nitro MotoFury Rapid Rally Set Review: Monkey is a big fan of all things Nerf so when we were offered the chance to review the NERF Nitro MotoFury Rapid Rally Set we of course said yes. I was really interested to see what Monkey would make of it since it is really quite different from the other Nerf toys he has tried out. As rather than darts this one fired foam cars. We were also send a separate set of three cars. 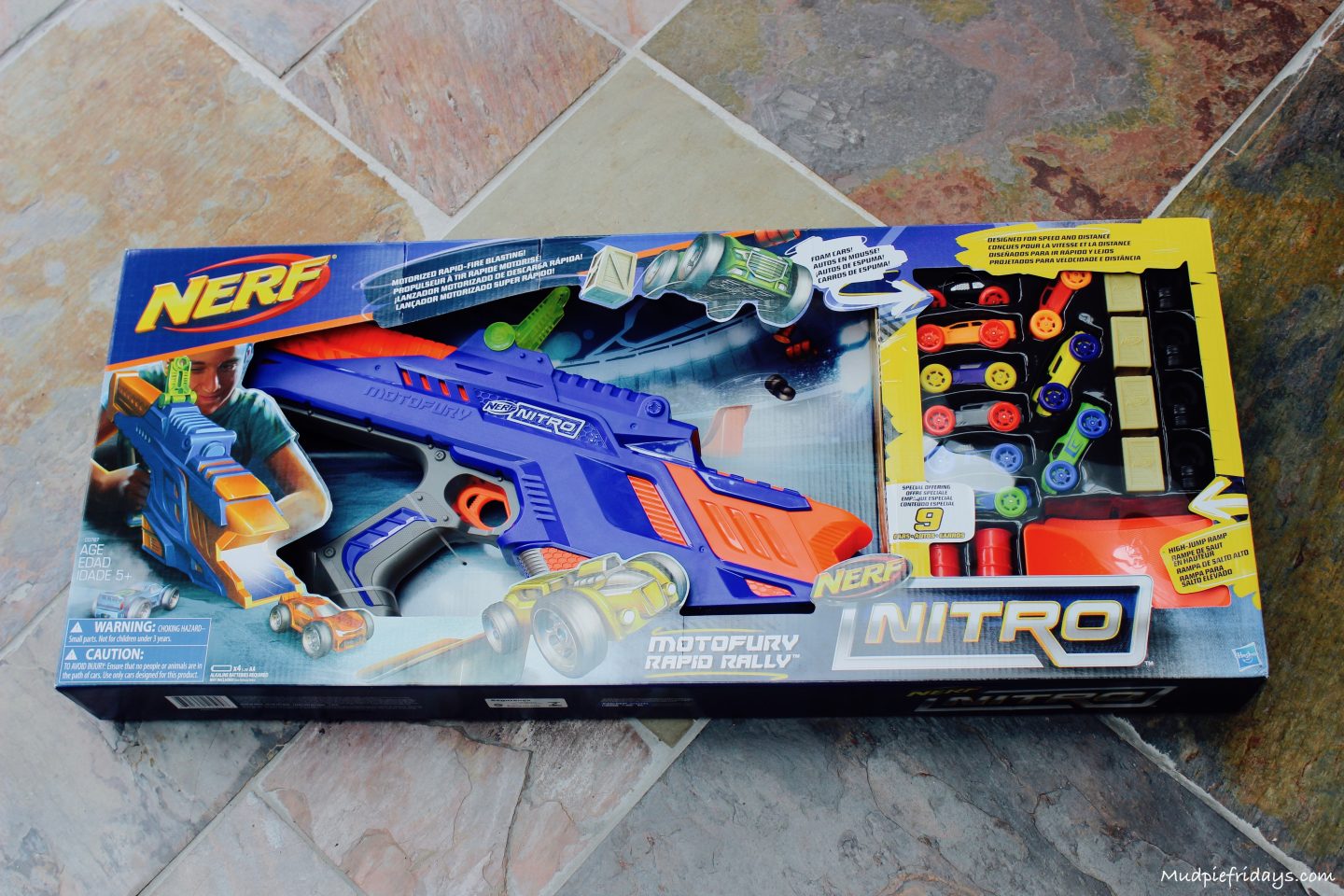 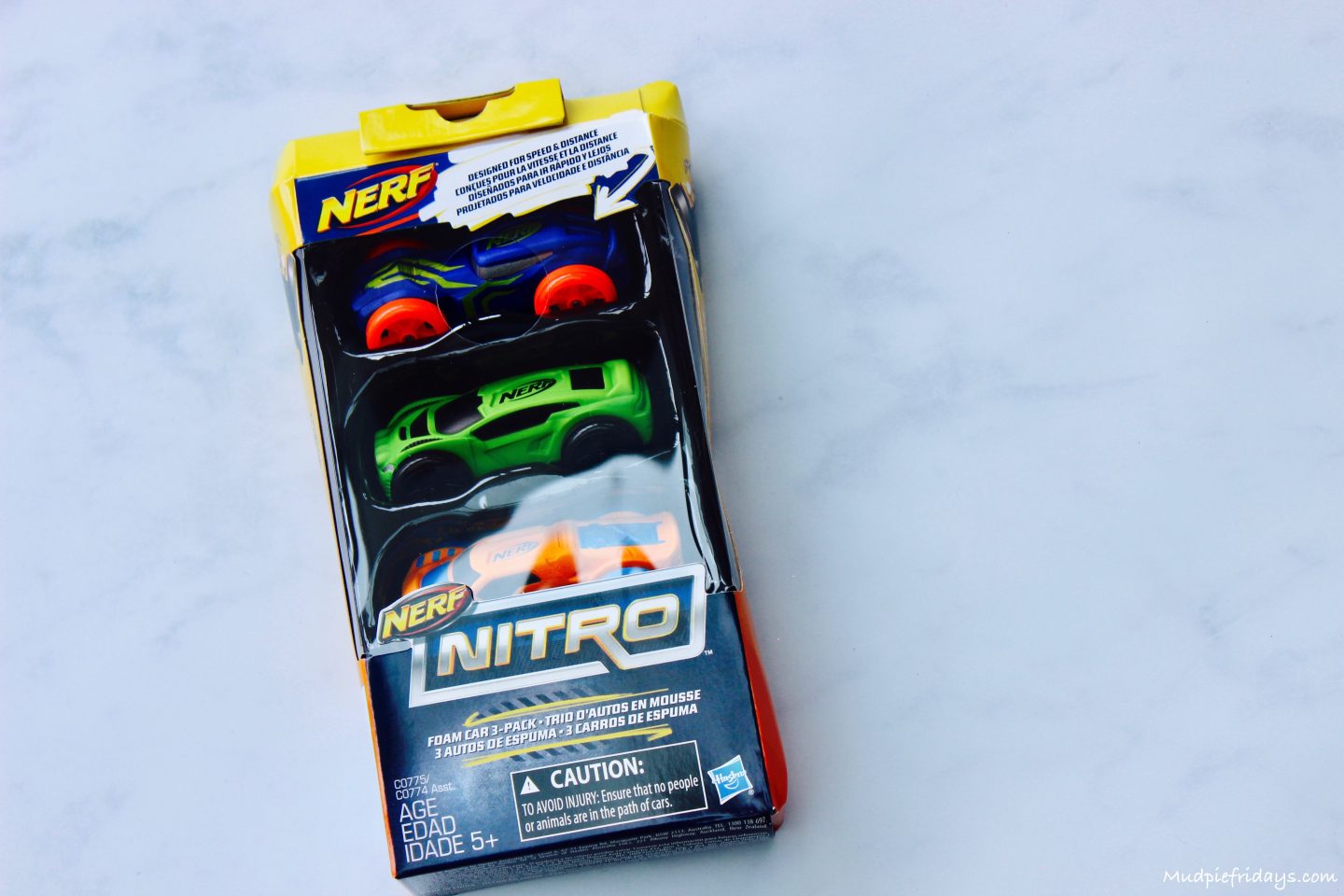 Blast into overdrive with Nerf Nitro sets! Kids can create awesome stunts as they fire foam cars from blasters that feature the power and performance of the Nerf brand! Blast into stunts to go high, go far, go fast! Blast into motorized, rapid-fire stunt challenges with the Nerf Nitro MotoFury Rapid Rally set.

In the box you get: 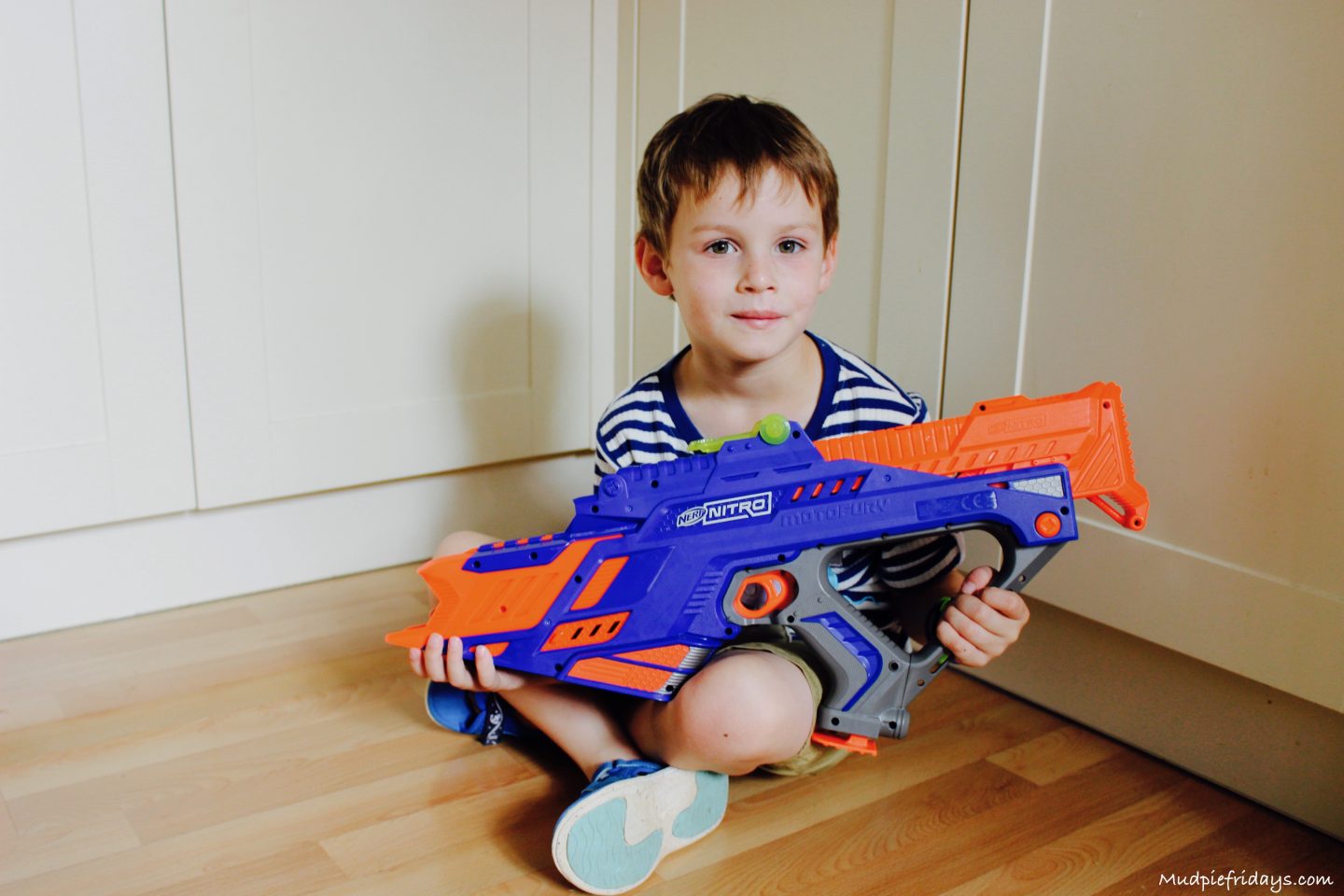 Monkey was very excited to put it to the test, there is no assembly needed other than to put the four AA batteries into the base. The next step is to load the 9 foam cars into the clip. The cars have plastic wheels but are very light and don’t hurt if the accidentally end up in your direction. 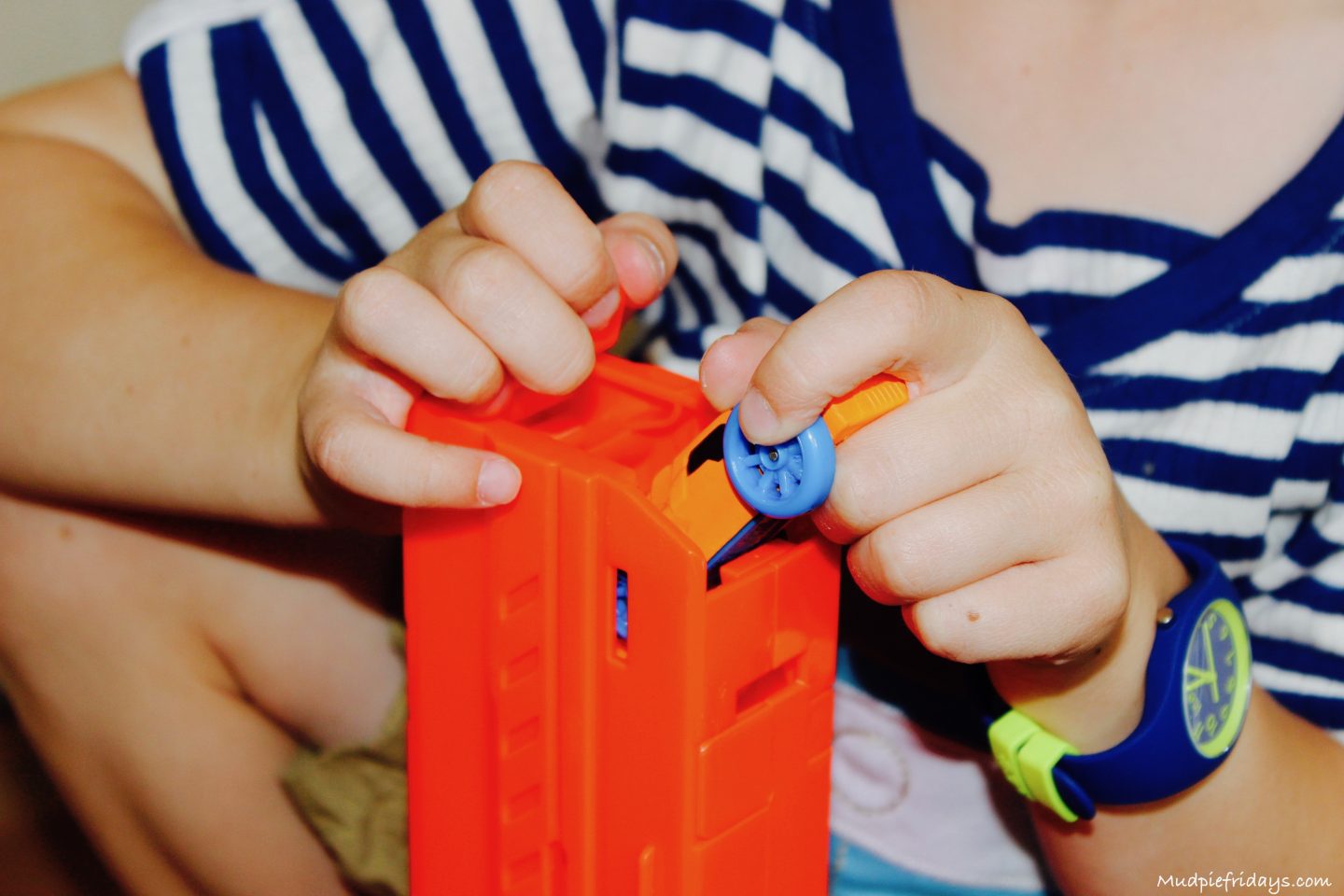 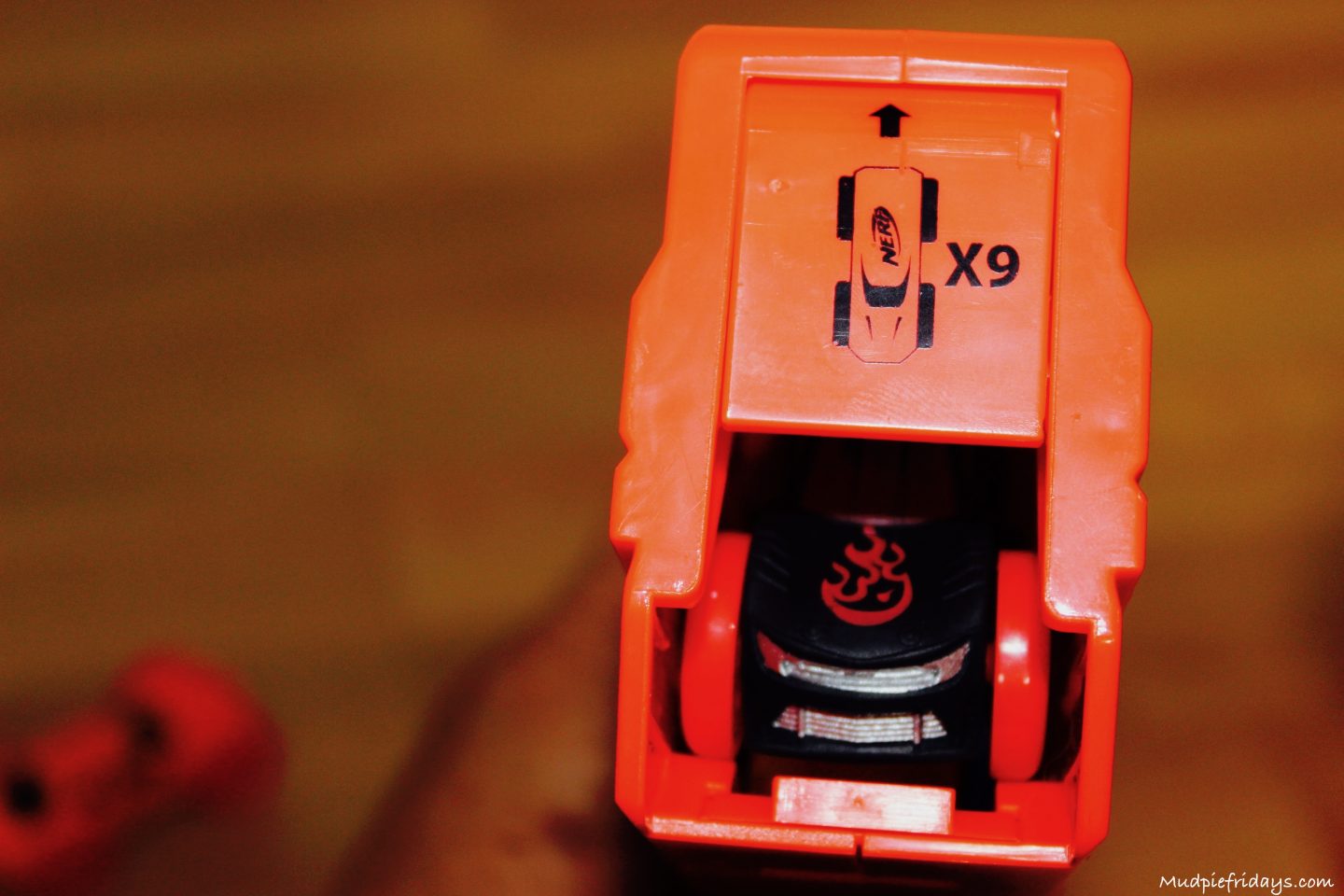 He went about setting up the obstacles to be fired at, although he decided quickly that the ramp was much more fun as the cars seemed to aim in my direction. The cars come out super fast which really made him laugh, especially when they sent everything flying. The obstacles are really light so the effect can be quite dramatic. 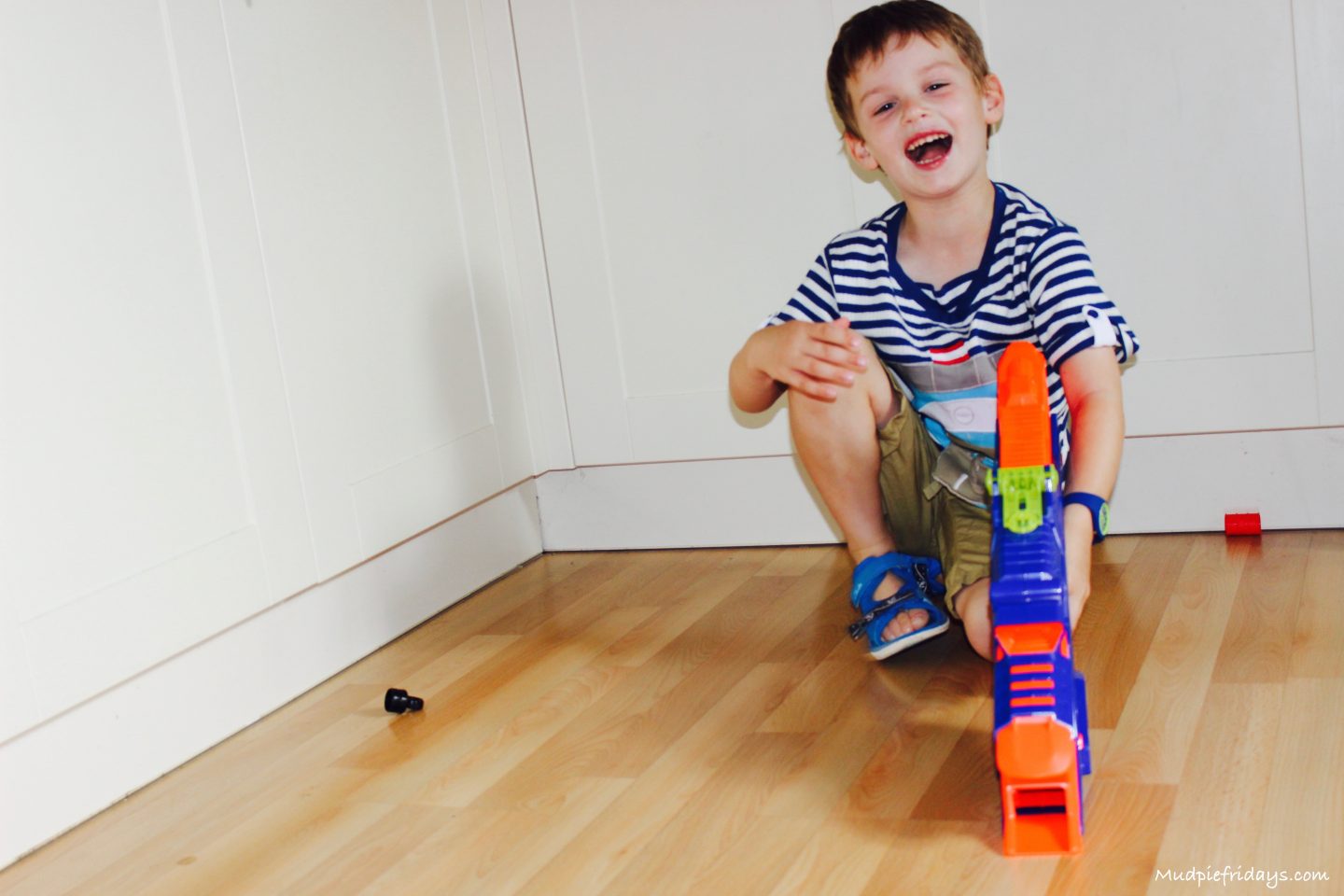 The blaster has a view site on the top, which I tried to encourage Monkey to use to aim which I think will come in time as we use it more and more. Its pretty chunky so easy for him to use, especially as he is at the lower end of the age range which is five plus. 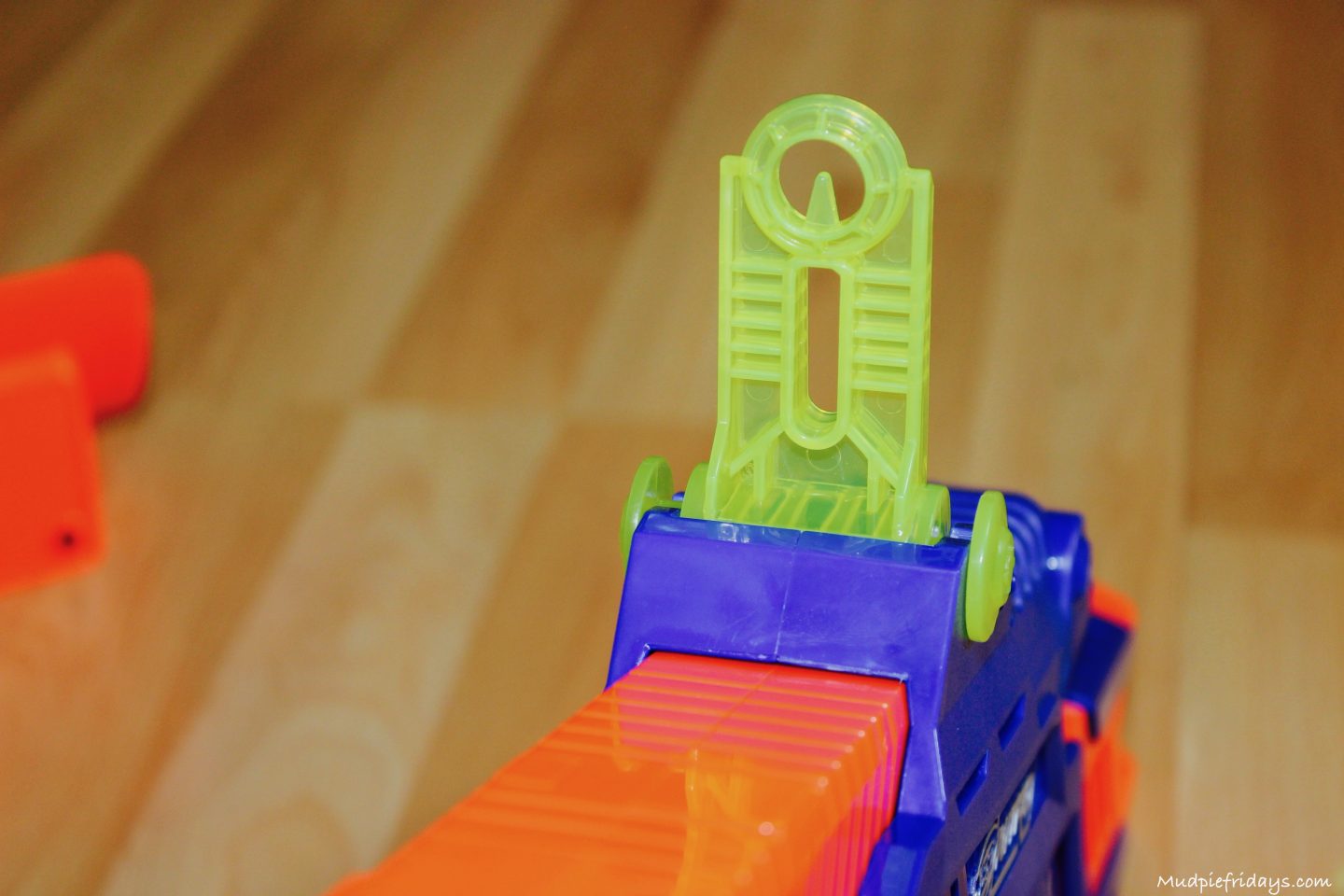 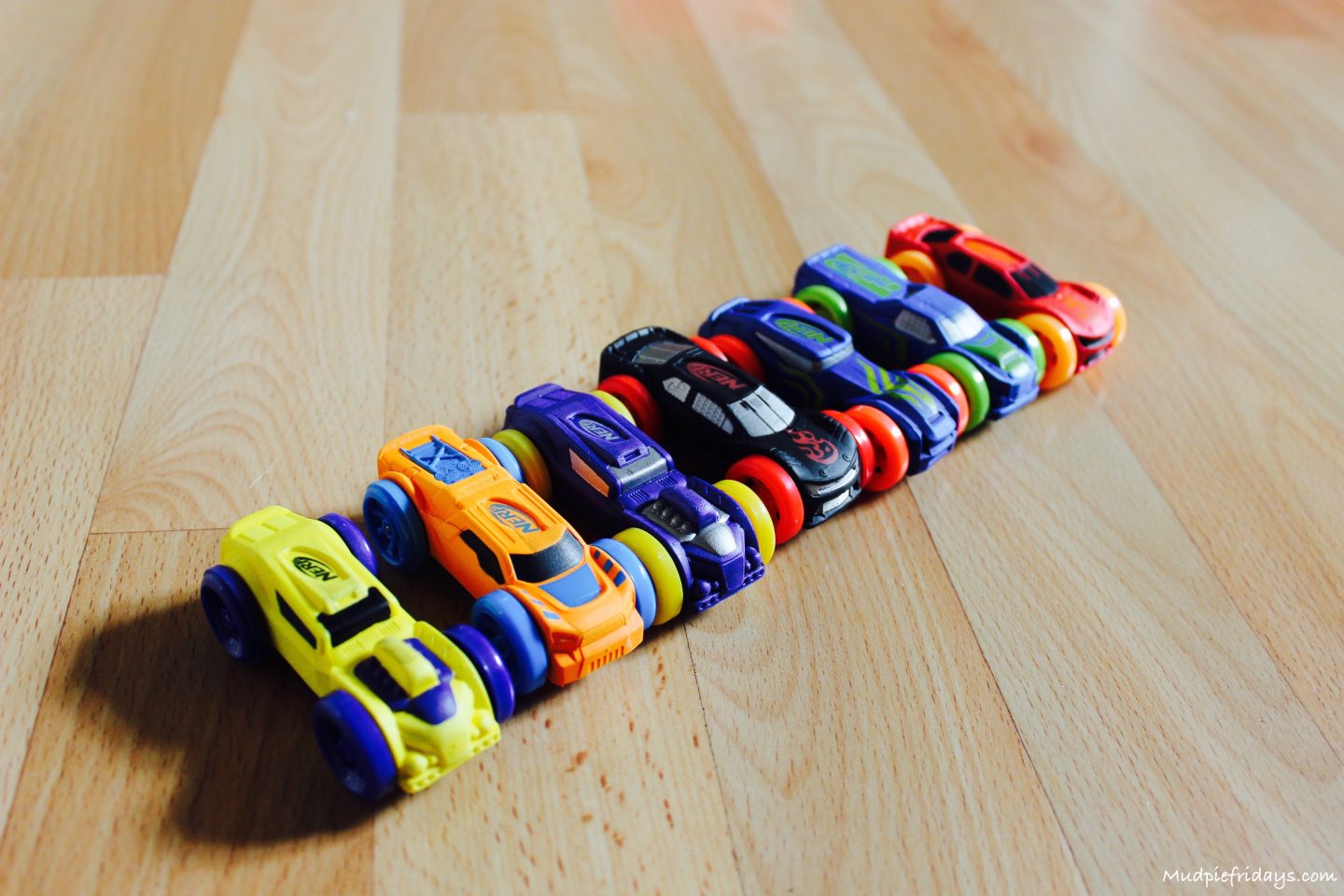 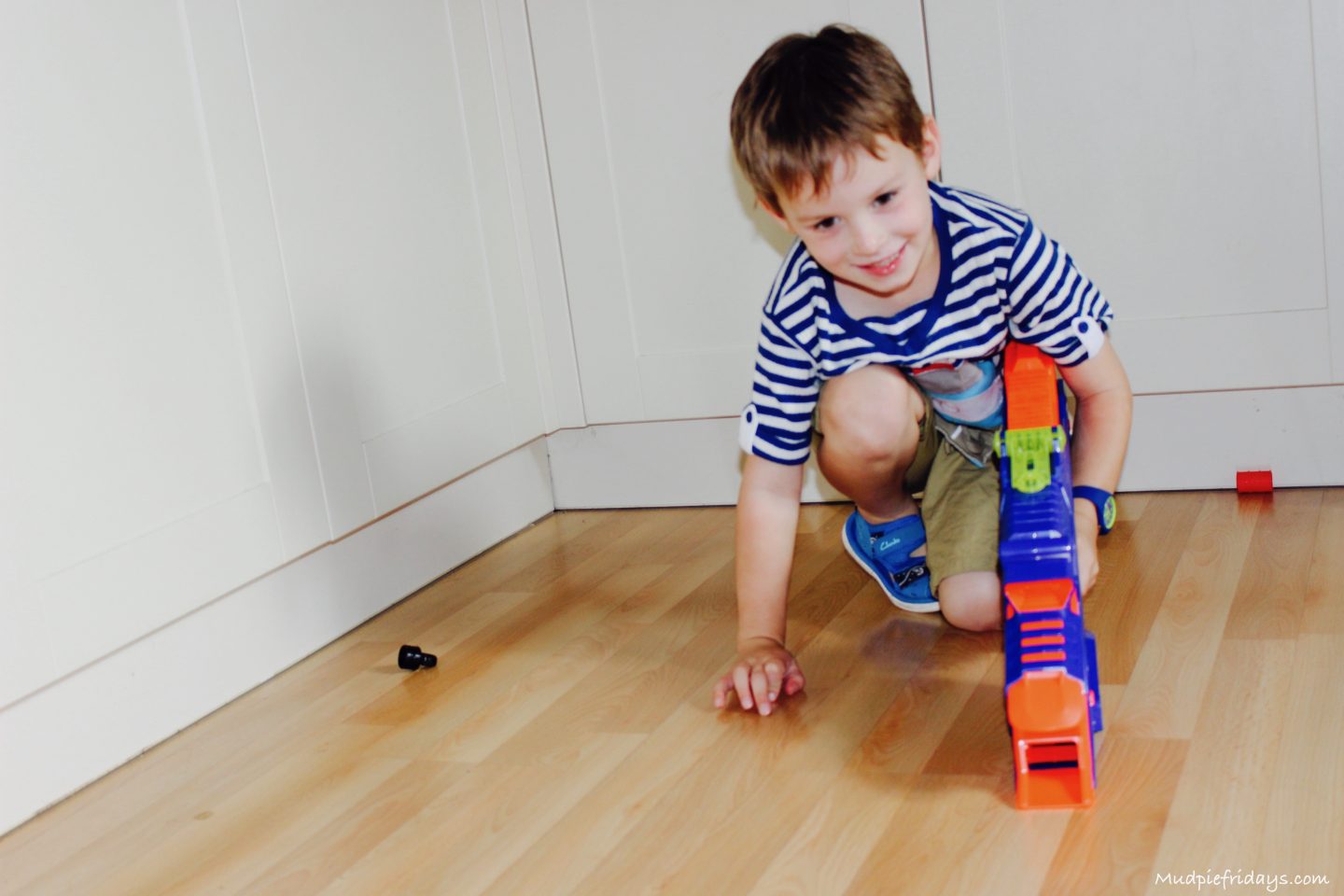 There are other blasters and sets in the range which start from £10.99. The NERF Nitro MotoFury Rapid Rally Set is one of the higher priced ones which retails at £49.99 and the set of three cars at £6.99. Monkey loves it so much and he happily plays with it alone for long periods of time. I am considering buying additional sets for play dates.

NERF Nitro MotoFury Rapid Rally Set is available from all good retailers instore and online including The Entertainer, Smyths and Tesco. I would recommend this to all Nerf fans. 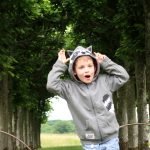