.Things to do on the Costa Dorada with young kids  – At the end of August we spent two weeks in the Costa Dorada, staying at the Hotel Best Cambrils. About three days in over dinner I asked Monkey if he would like to visit the beach or the pool the following day. He turned to Hubby and me and said… is that all there is to do here then? Now apart from thinking spoilt brat, I suddenly realised that now he’s that bit older he may want to do some exploring. So here are some suggestions of what you can get up to while holidaying in the Costa Dorada. 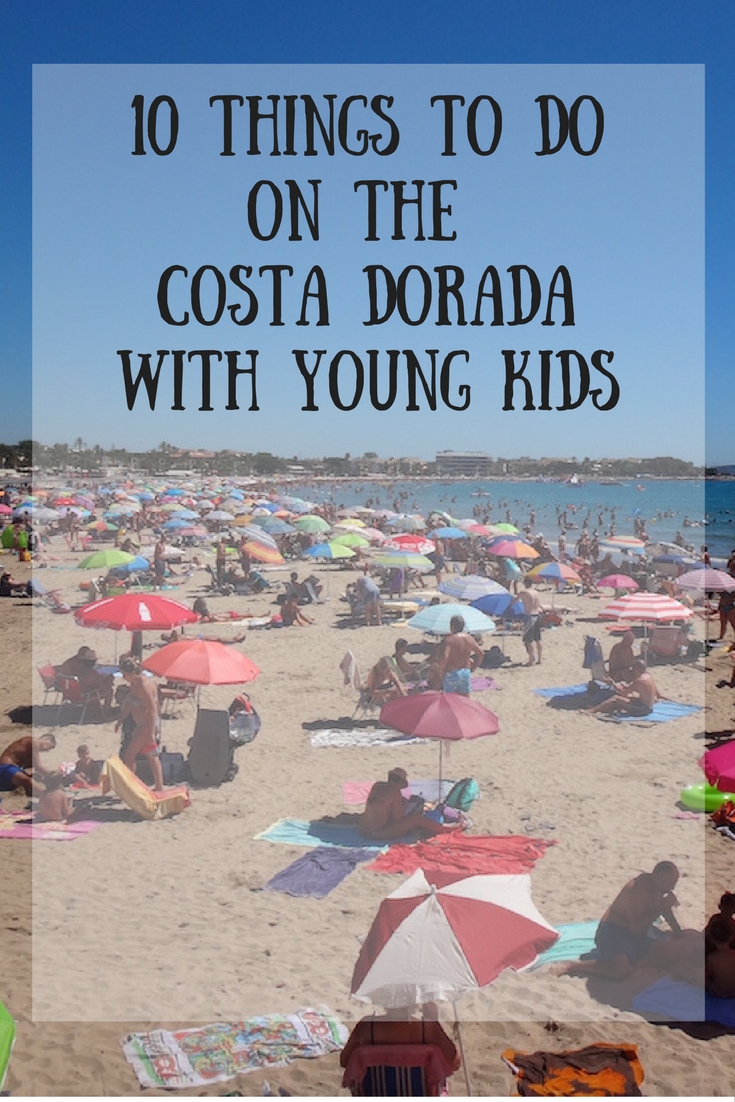 Things to do on the Costa Dorada with young kids

1. Beach – obvious I know! But there are some glorious sandy beaches on the Costa Dorada. Who doesn’t love a good sandcastle? Although Monkey had more fun playing in the surf collecting stones. Where we were, about half way between Cambrils and Salou there was a shortage of shells but some pretty stones that did the job of keeping him entertained and making some stone art back at the hotel room.The sea is warm and ideal for body boarding and floating around on the waves.

Top Tip – when we visited (2016) sun loungers were 6€ each and a sun shade 4€. Many of the Spanish will bring their own umbrellas. You can pick one up in one of the many beach shops that are the on the main road between Cambrils and Salou. With a little bit of negotiating we paid 12€ for a 2m one. Definitely worth the investment if you intend on visiting several times during your stay.

2. Fountains – in the evening in Salou there are a number of fountains which provide some pretty entertainment. You can read more about the fountains on the tourist website. We managed to catch the 10pm one which included a light show.

Top Tip – kids can run under the fountains before the show starts to its worth packing a towel to avoid any upset when they can’t play in the water. When we visited there were a lot of Spanish kids splashing around getting wet and a lot of English kids sitting on the sidelines. There is a climbing frame on the beach right next to it if you really don’t want them getting wet. 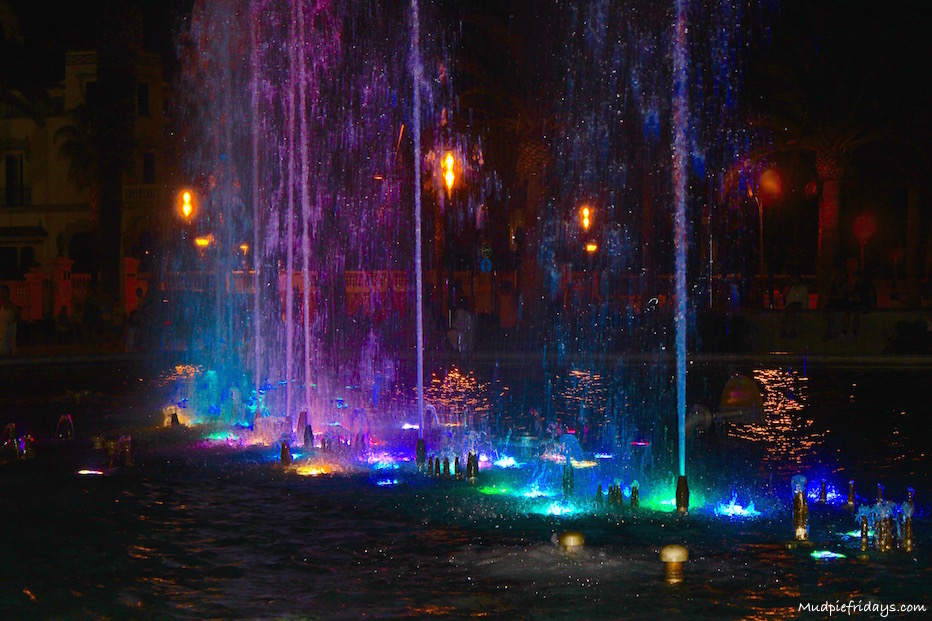 Transport to each is easy you can literally get a bus right up to the entrance for 2€ each. They run frequently along the main road from Cambrils to Salou, ask your hotel for a bus timetable. They are also buggy friendly, their bus stops are red posts (no shelter) and reasonably easy to spot once you know what you’re looking for!

Top Tip – check out the map of each park before you go so you can see which attractions your little ones are the right height for. Do this independently to your tour rep as we actually found that ours was giving out contradictory information. 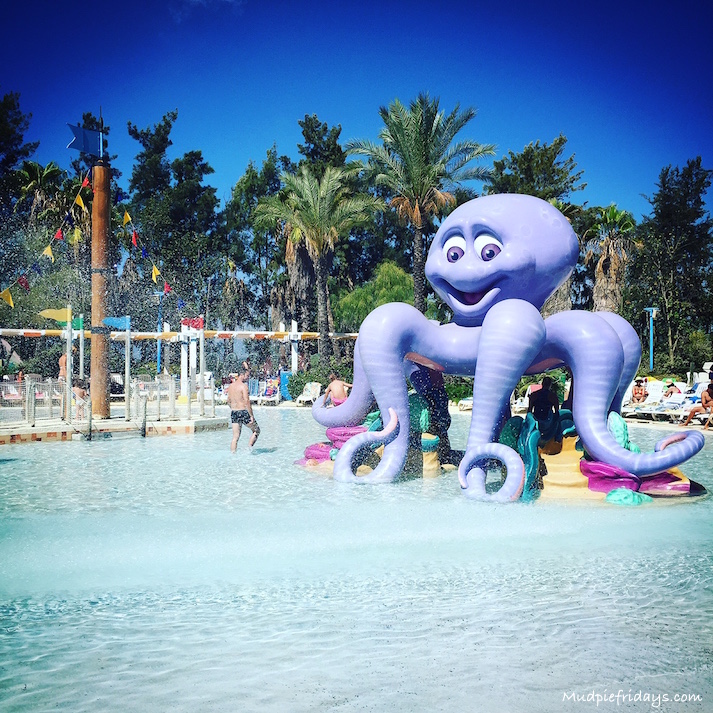 4. Mini Golf – A number of the bars in the report of Salou and Cambrils have mini golf attached to them, most are under cover. So they make an ideal activity when its too hot to be in the sun or if Hubby fancies a beer …or two!

5. Choo Choo – We didn’t actually get a chance to try this out, as its not buggy friendly and I found it too hot to have Kipper in the sling during the day. However there is a little train which runs around the report and even goes all the way up to Portaventura. The ticket you buy allows you to stay on for as long as you want and it looks like great fun, especially if little legs are starting to get a bit tired.

6. PortAventura – Whatever age your children are then you need to visit PortAventura while you are holidaying in Costa Dorada. It was by far our best day out. We would have happily gone back again as there is so much to do and it has something for everyone. To find out more please read our review – PortAventura World – Our Favourite Holiday Day Out.

Top Tip –  If you are considering visiting both the theme park and the water park then I would recommend looking at purchasing the combined ticket off the internet. It will save you money compared to buying the tickets separately. 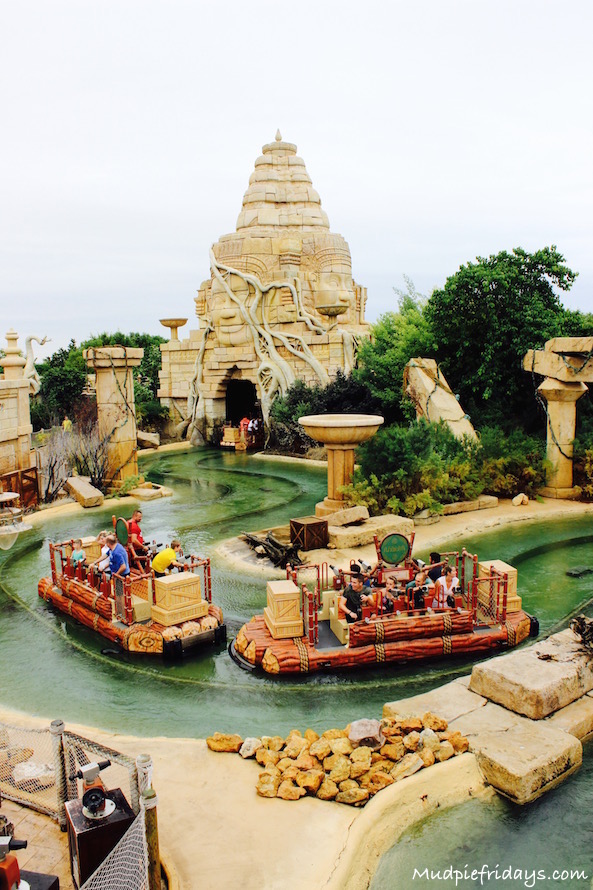 7. Barcelona Zoo – Staying in Costa Dorada you are not far (apron 1.5 hours by car) from the wonderful city of Barcelona. There is so much to do there, but when small kids are involved it has to be either the zoo or the aquarium. Monkey chose the zoo and we had a great time looking around it, as it has what I call all the bing animals – Elephants, Lions, Tigers, Bears, Hippos, Rhinos, Giraffe. You name it they have it. Full review coming soon!

Top Tip – we brought our excursion from the local bus operator, although there was only meant to be five stops on the way to Barcelona, there actually ended up being a lot more. A whole hour and a half worth of stops to be exact. This is far from ideal when you have a four year old and a 3 month old, as it made the total journey time to the zoo over 3 hours. So although its definitely worth doing I would pick your journey carefully.

8. Boat Trip – you can catch a glass bottom boat between the ports of Salou and Cambrils. The trip takes about half an hour. Now dont get your hopes up you probably won’t see any fish as the boats need a good clean and go quite fast. Nevertheless it’s a good way to spend an afternoon when the beach and the pool have become too much. One way costs 9€, two way 12€. Both Monkey and Kipper were free (prices as of Summer 2016). We sat downstairs as we had a buggy. But with large opening windows and lots of shade it was perfect for us.

Top Tip – they run frequently throughout the day. But remember the Spanish sesta which means that no boats run between midday and three. 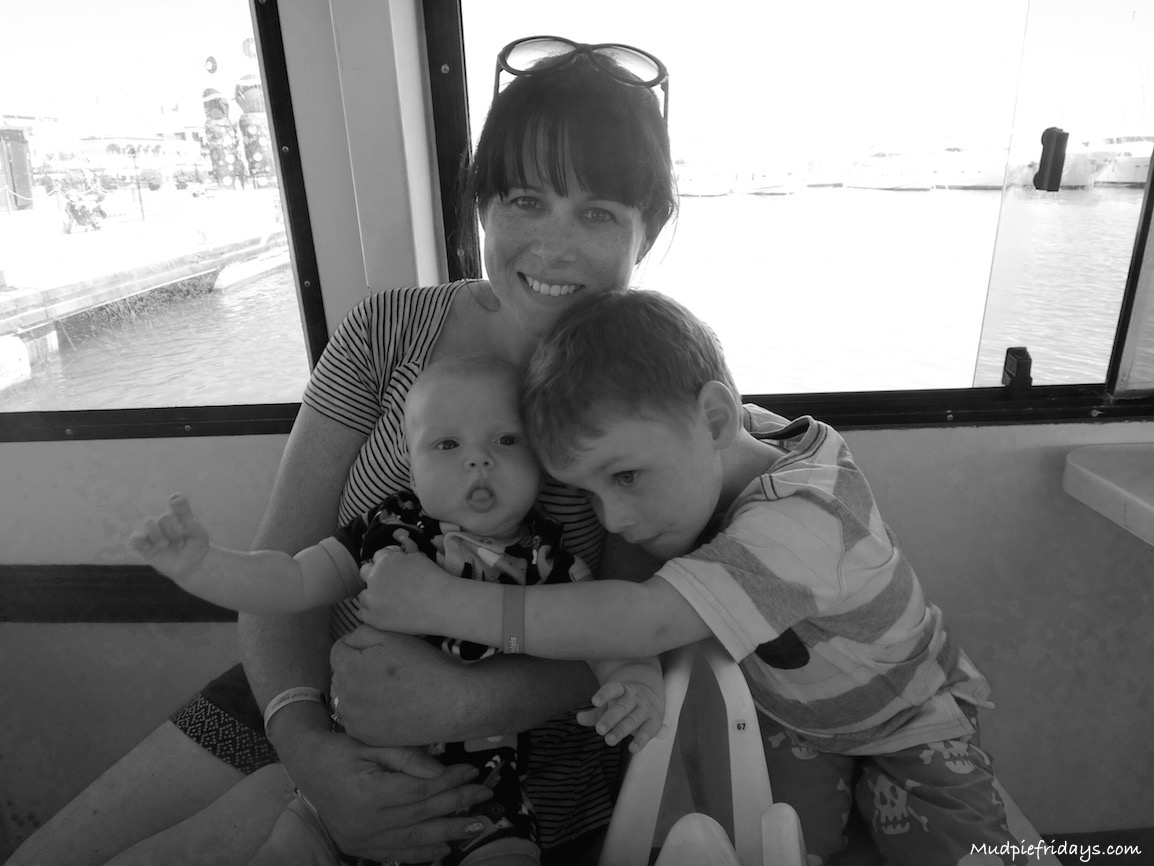 9. Play Park – along the beach front there are various mini parks with loads of play equipments. It makes a great setting for a slide or a swing. The Spanish very sensibly have also cottoned on that kids need entertainment while parents have a relaxing drink so some of the beach front bars also have the odd thing to play on.

Top Tip – visit early in the day before its hot time to heat up as they are not under shade. Several times Monkey went to go on a slide and it was a little hot for his bottom! 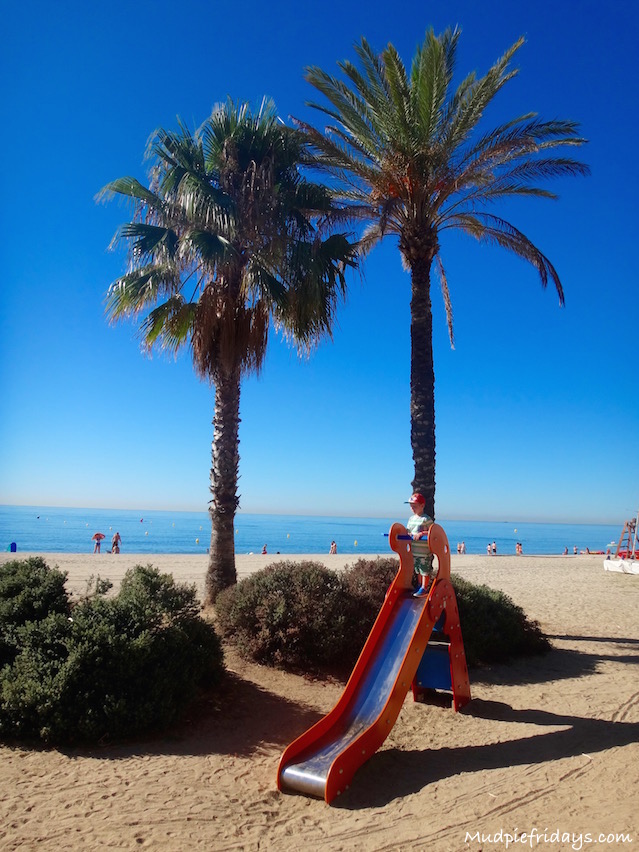 10. Markets – there are several weekday markets held around the Costa Dorada, we opted to visit the one is Salou on a Monday, which boasts over 100 stalls. Cambrils also has one on a Wednesday. This maybe an activity for slightly older children, as the only stalls Monkey was interested in was the sweets stalls. Predominately the market sold clothing and handbags, so it wasn’t the best place to pick up souvenirs. However if you have preteens then its probably ideal to pick up some holiday clothing bargains. 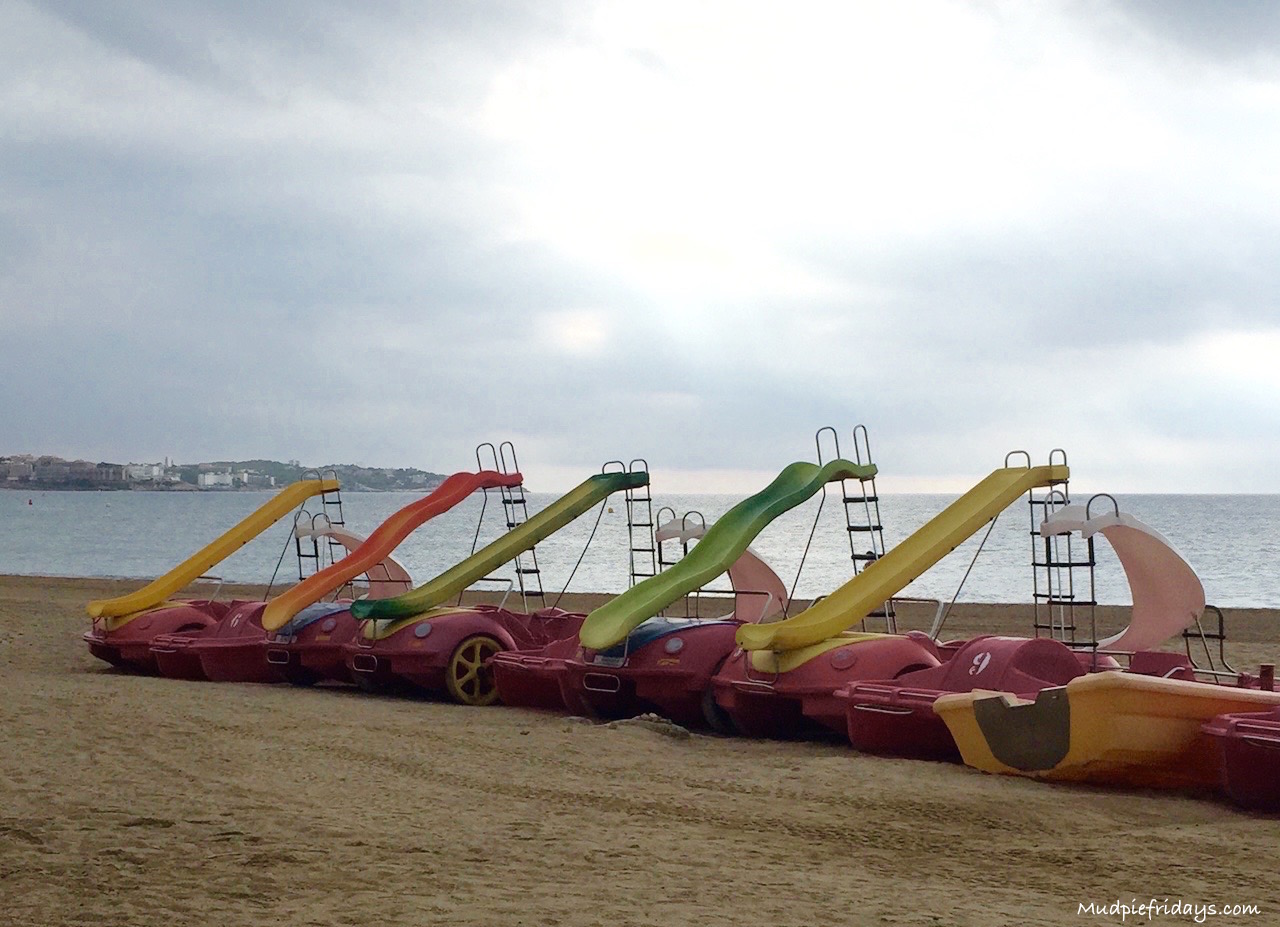 Have you visited the Costa Dorada? If you have I would love to hear what you got up to in the comments below. 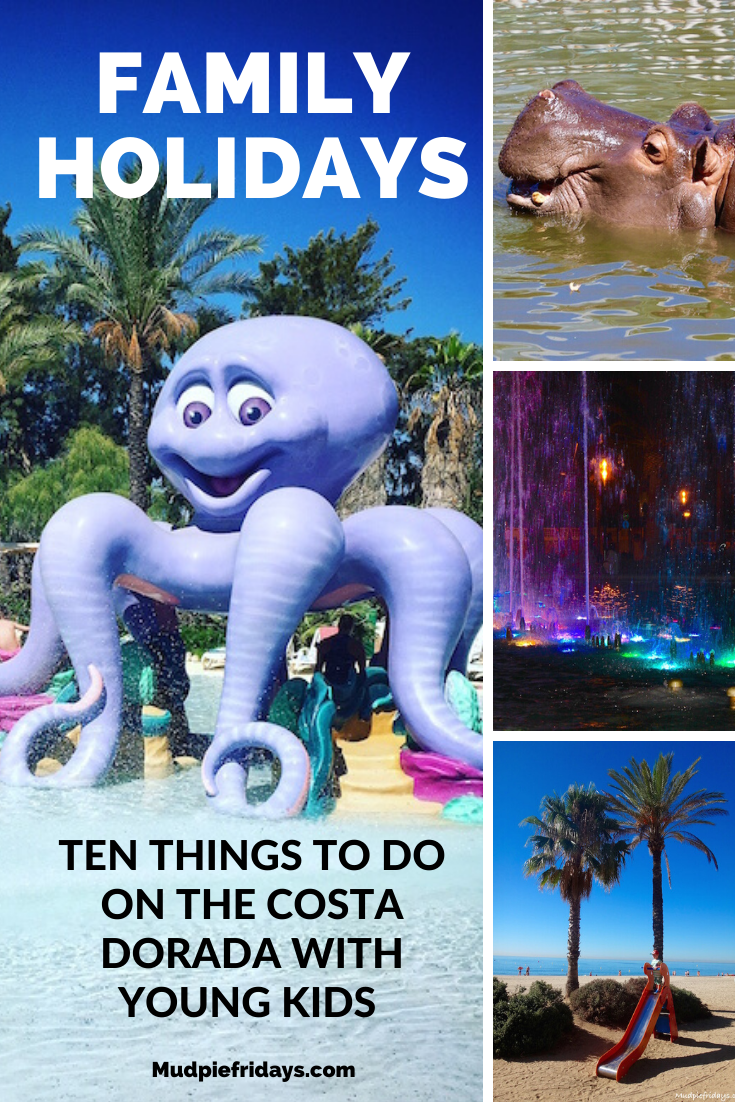 Things to do on the Costa Dorada with young kids