Eurohike 600 Rydal Tent Review: If you are a regular reader of Mudpie Fridays you will know that recently I took Monkey to his first camping experience at The Big Family Festival. We had a great time and he really enjoyed himself some of that was down to the cosy sleeping arrangements. Blacks very kindly sent us a Eurohike Rydal 600 tent to try out. Not being a camper I was a little nervous about putting it up. Especially as the weather forecast was pretty horrid that weekend. I thought a potential way round this dilemma was to go with a friend that knows how to camp. Or at least had been camping recently. The boys are the same age so it seemed to make sense. I brought the tent and she brought the knowledge. 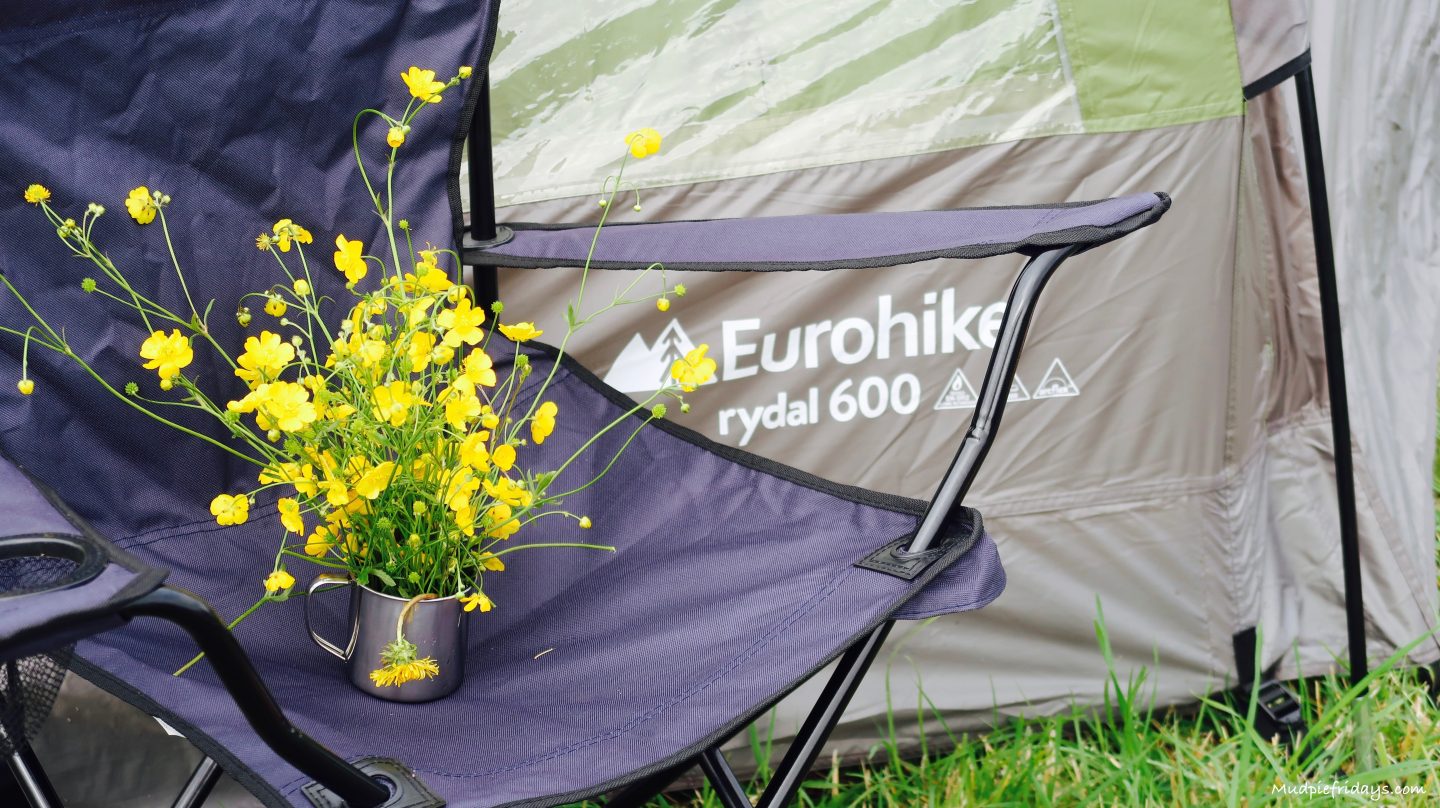 Only it turned out that perhaps her Hubby was the camping expert so as the weekend got closer I started to panic a bit more. I have visions of poles and guy ropes everywhere. The tent blowing away in the wind or if we managed to keep it upright us all getting soaked. Two five year olds demanding to go home at 4 in the morning… you get the picture? 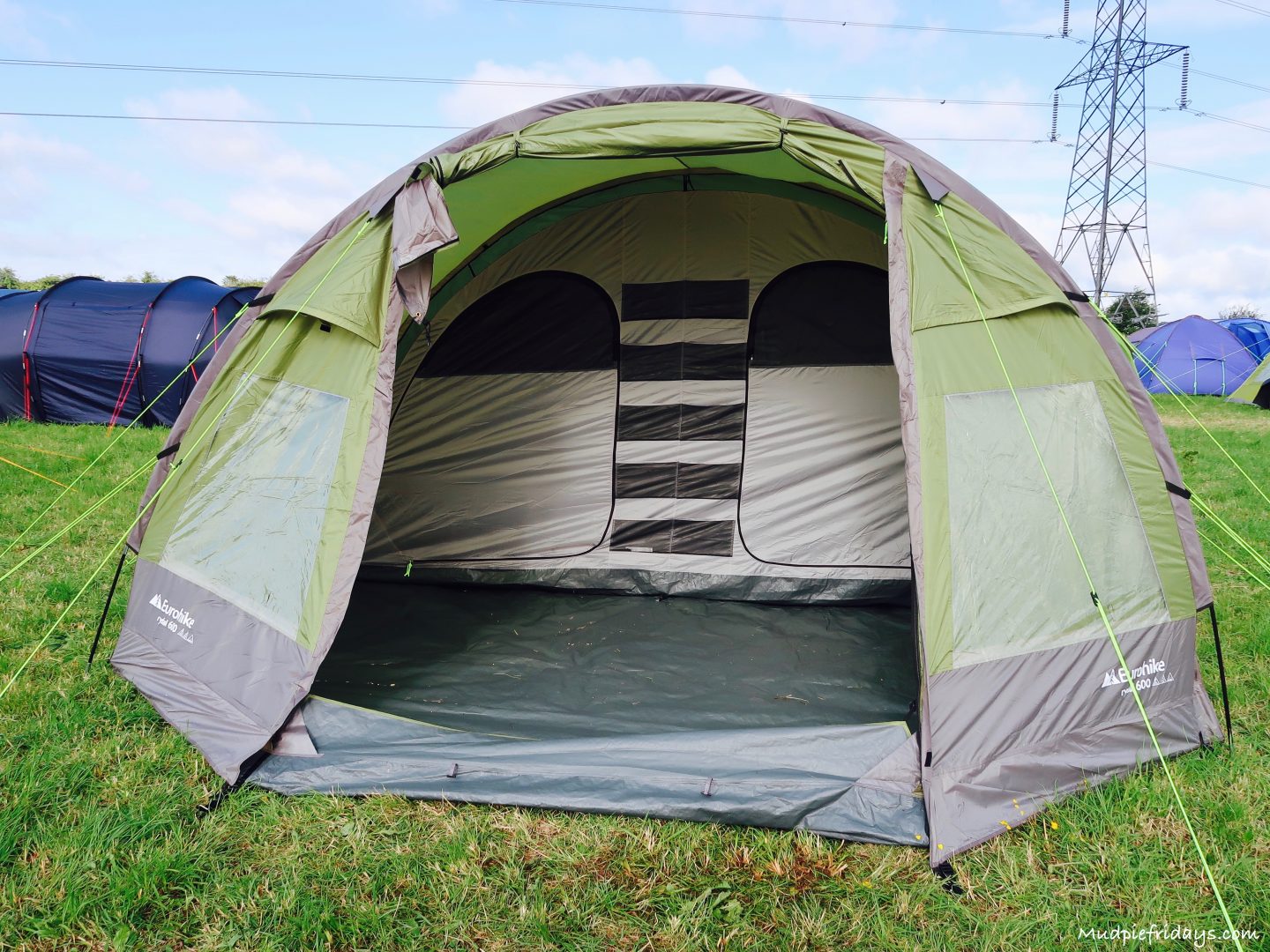 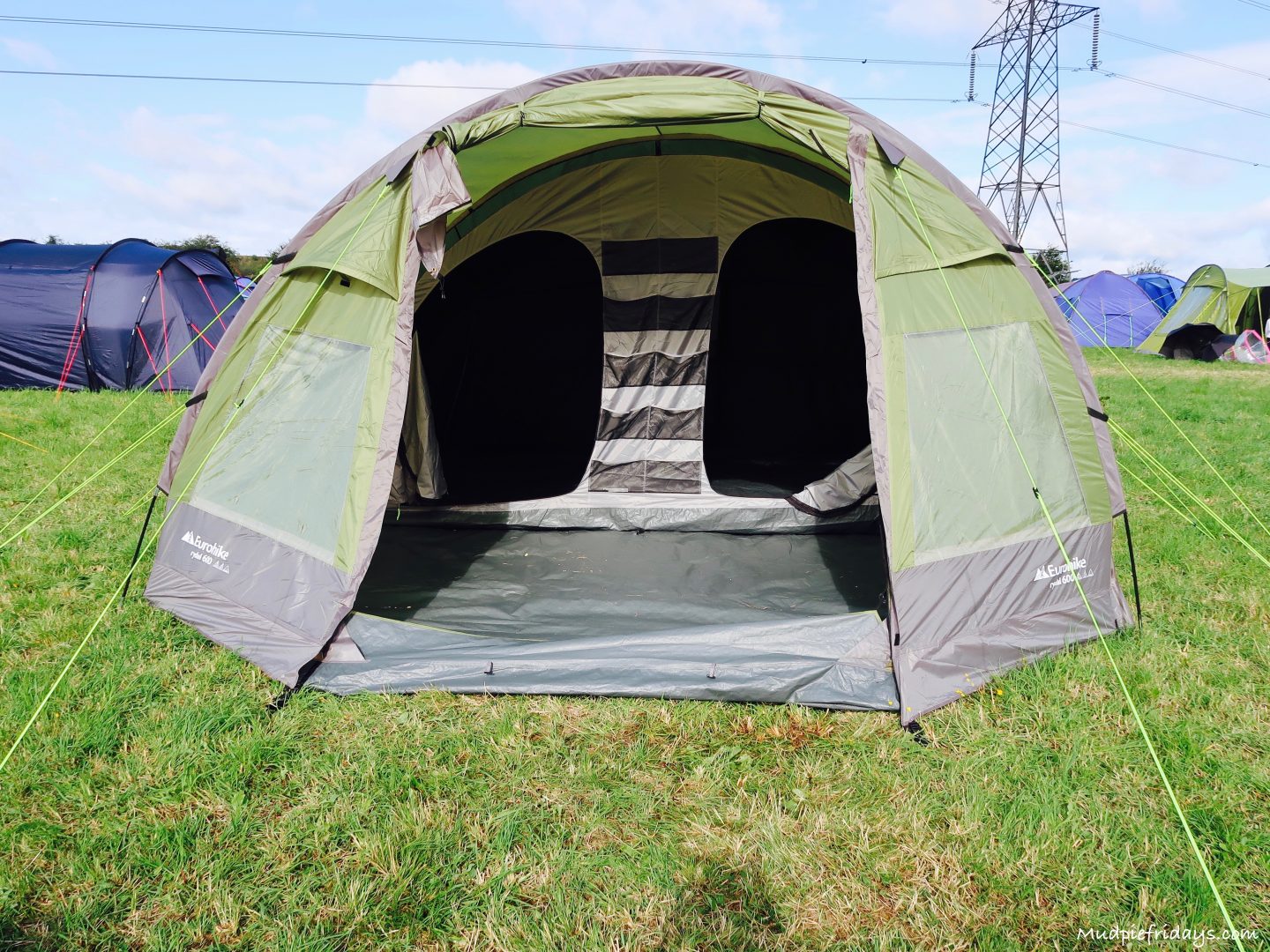 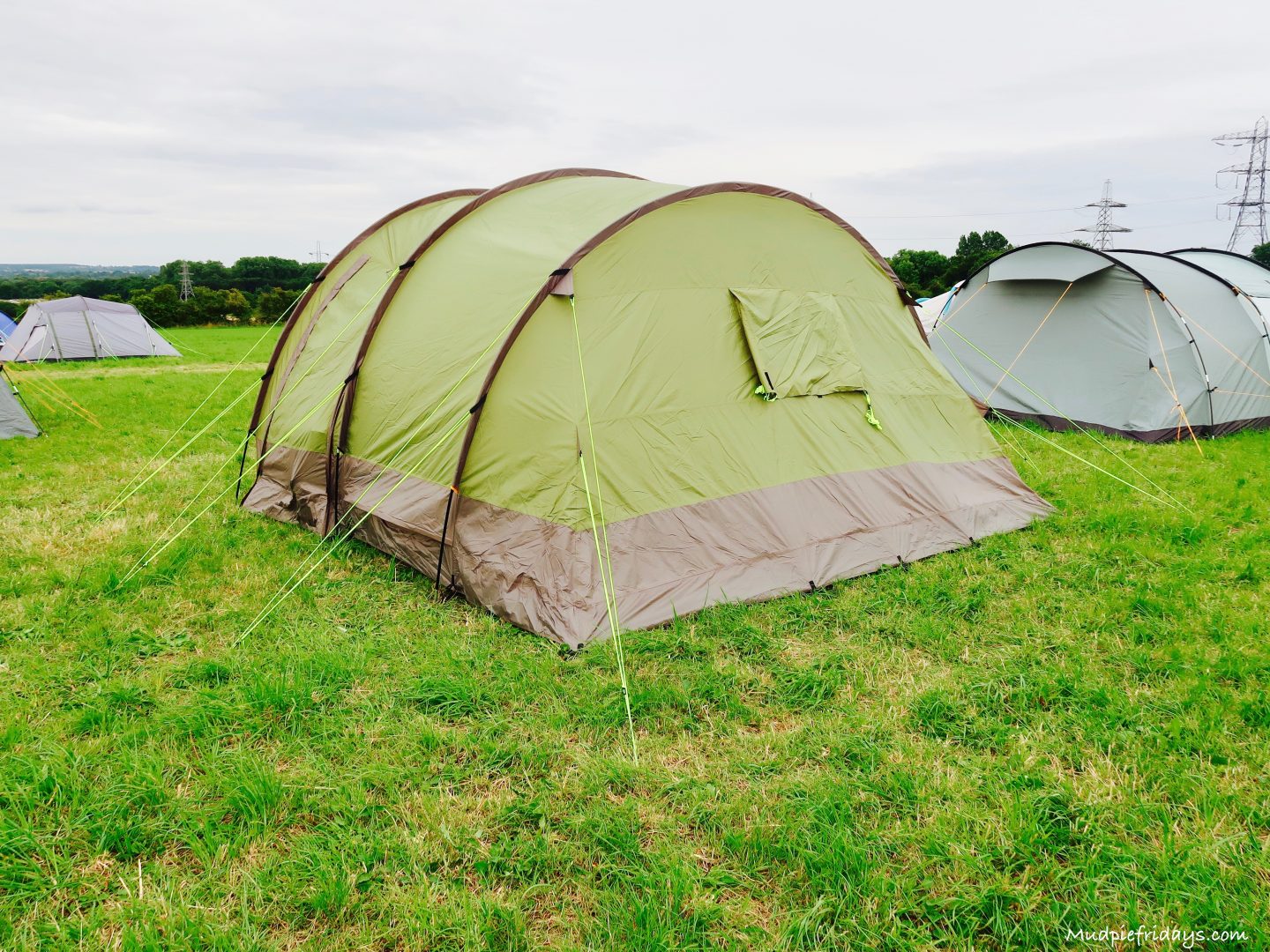 We got to the campsite two hours later than we intended because of the traffic and when we arrived it was pretty grey. Our only goal was to get the tent up before it rained. At least then we could keep the kids dry. I had looked on line before we left for a youtube video or similar of how to put the tent up but hadn’t managed to find anything. So when we opened the bag and looked at the instructions which pretty much said put the yellow pole in the yellow hole. EEk. Can it really be that simple. 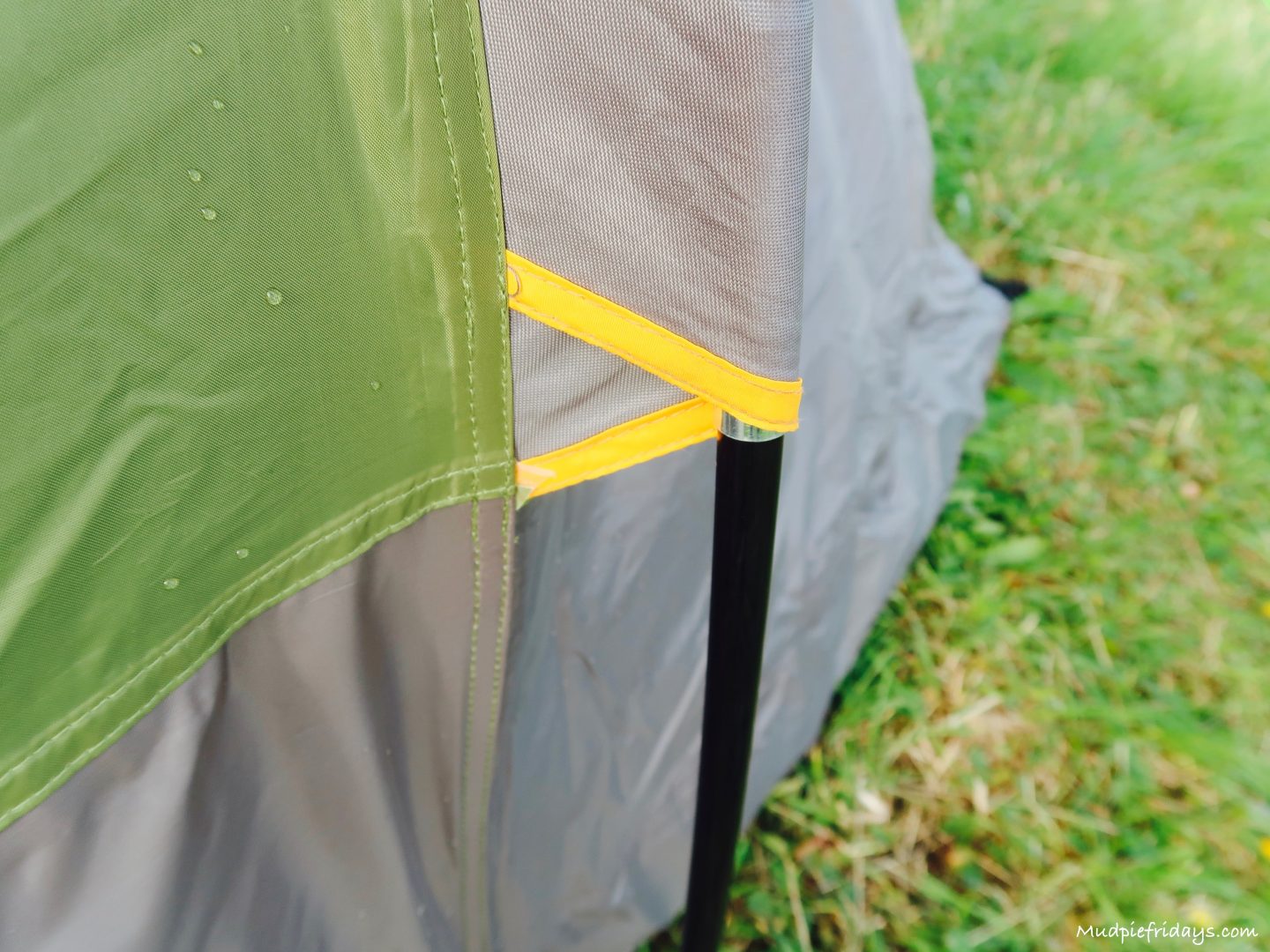 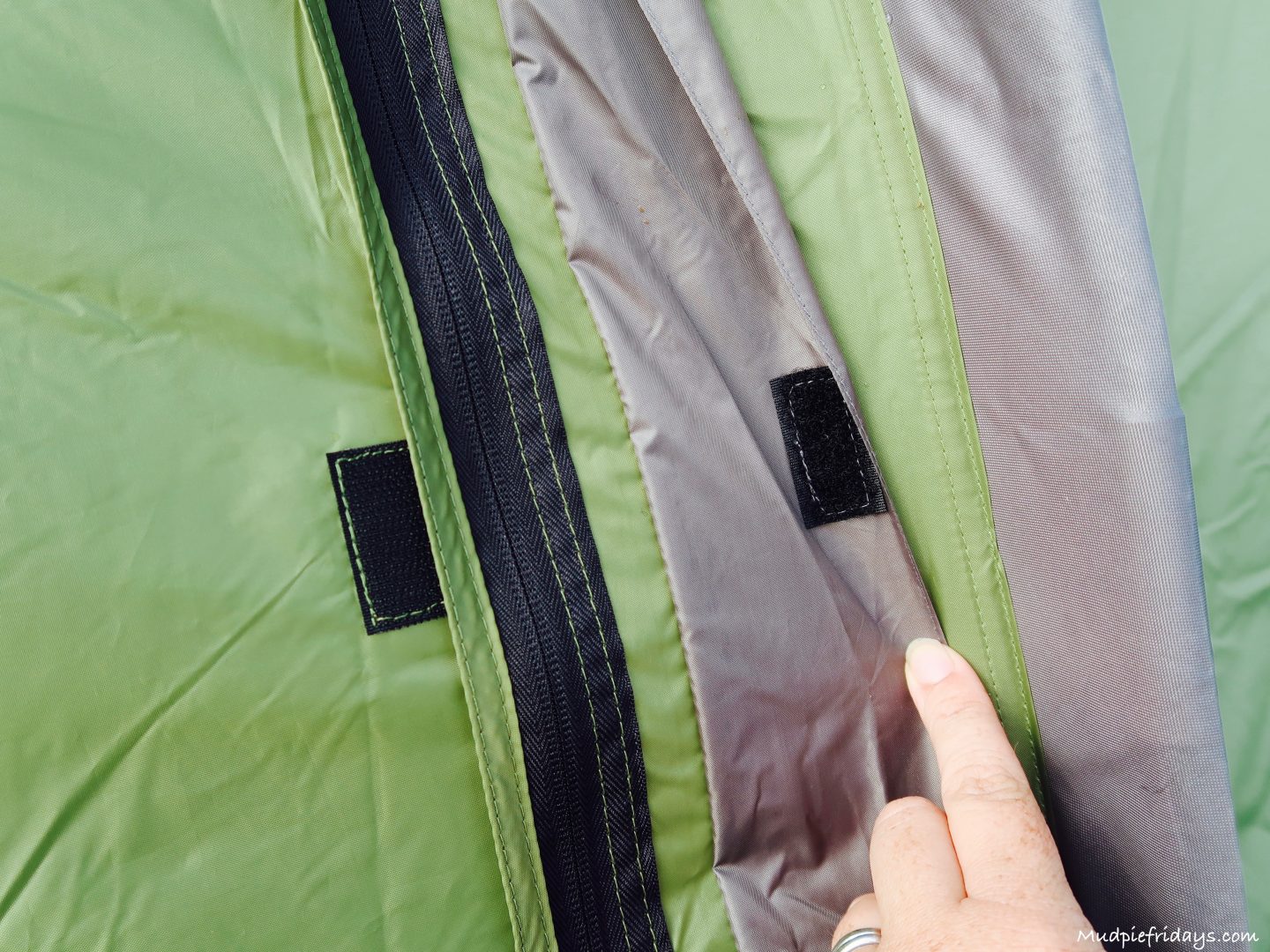 Well the answer is yes! It took us about forty minutes to put the tent up with the boys ‘helping’ and a fair amount of peace keeping going on. It genuinely was very simple three poles and then a whole lot of tent pegs and it was up. The tent is pretty huge, so we were quite surprised by just how easy it was. I suspect we looked a little funny, two five ft ladies putting up an eight ft tent. 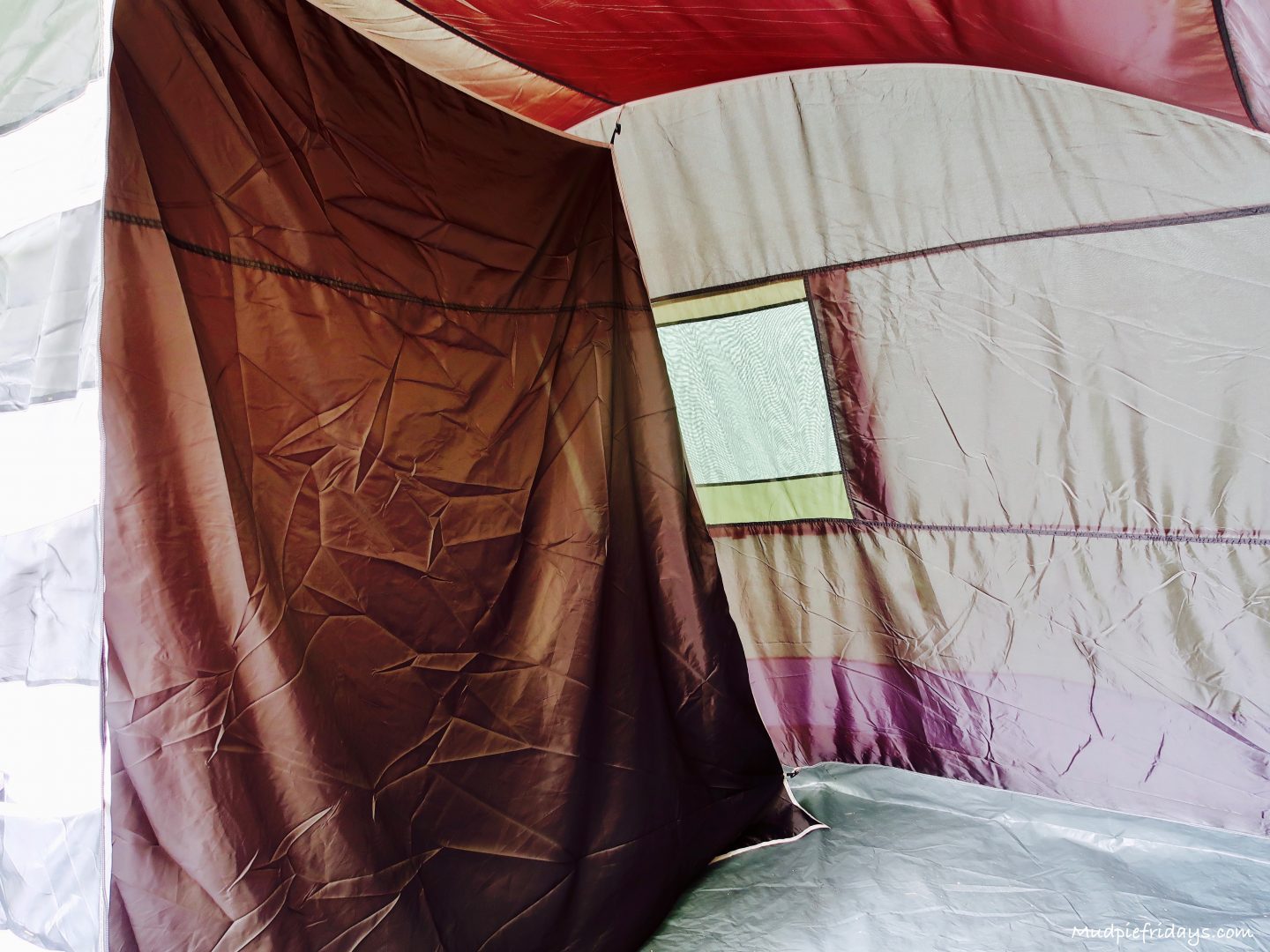 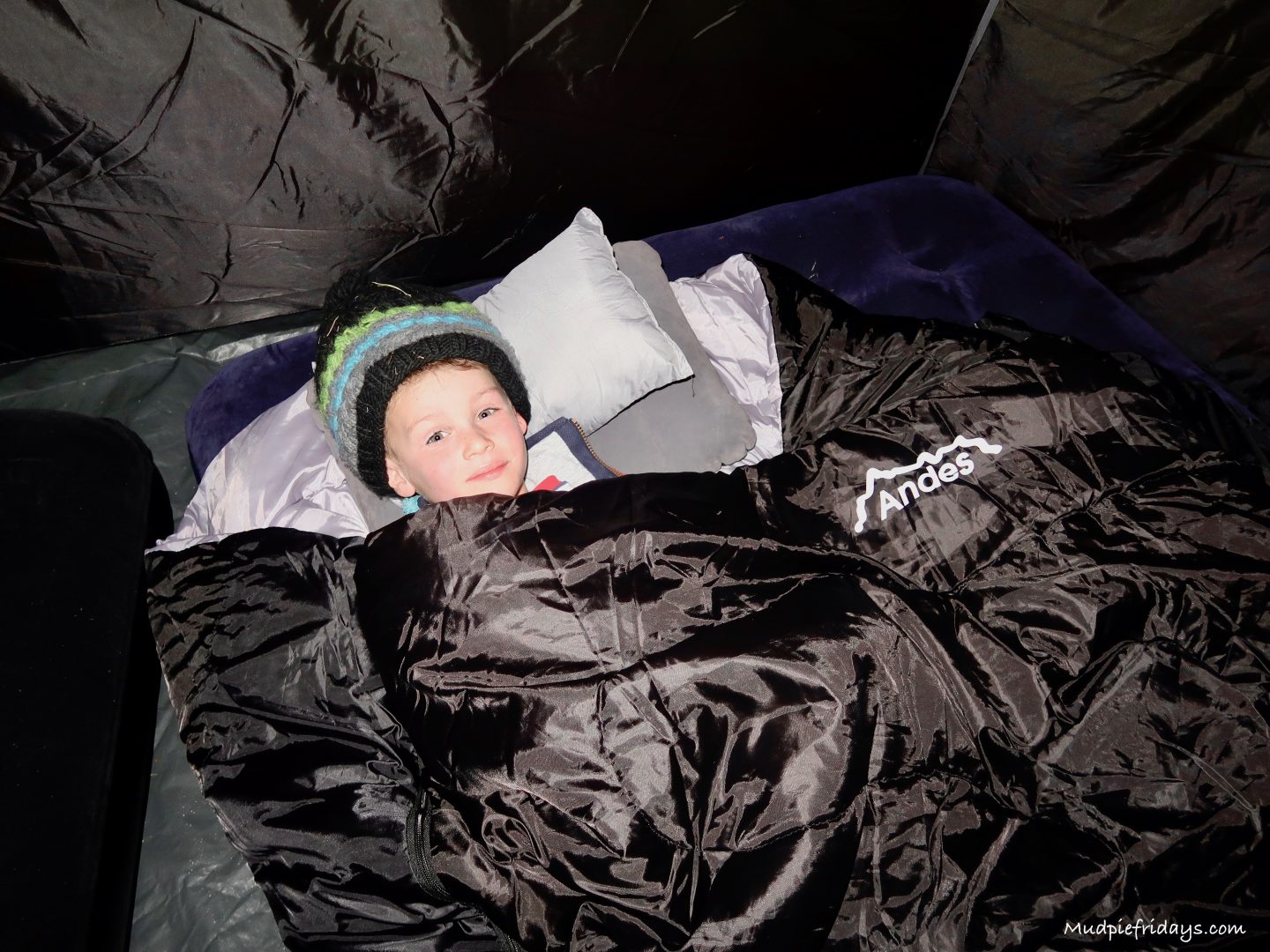 The Eurohike Rydall 600 is made up of two areas, a fully enclosed living section and six person sleeping compartment, which has a divide. We actually took the divide down and easily fitted two double air beds and our various bags down the side. 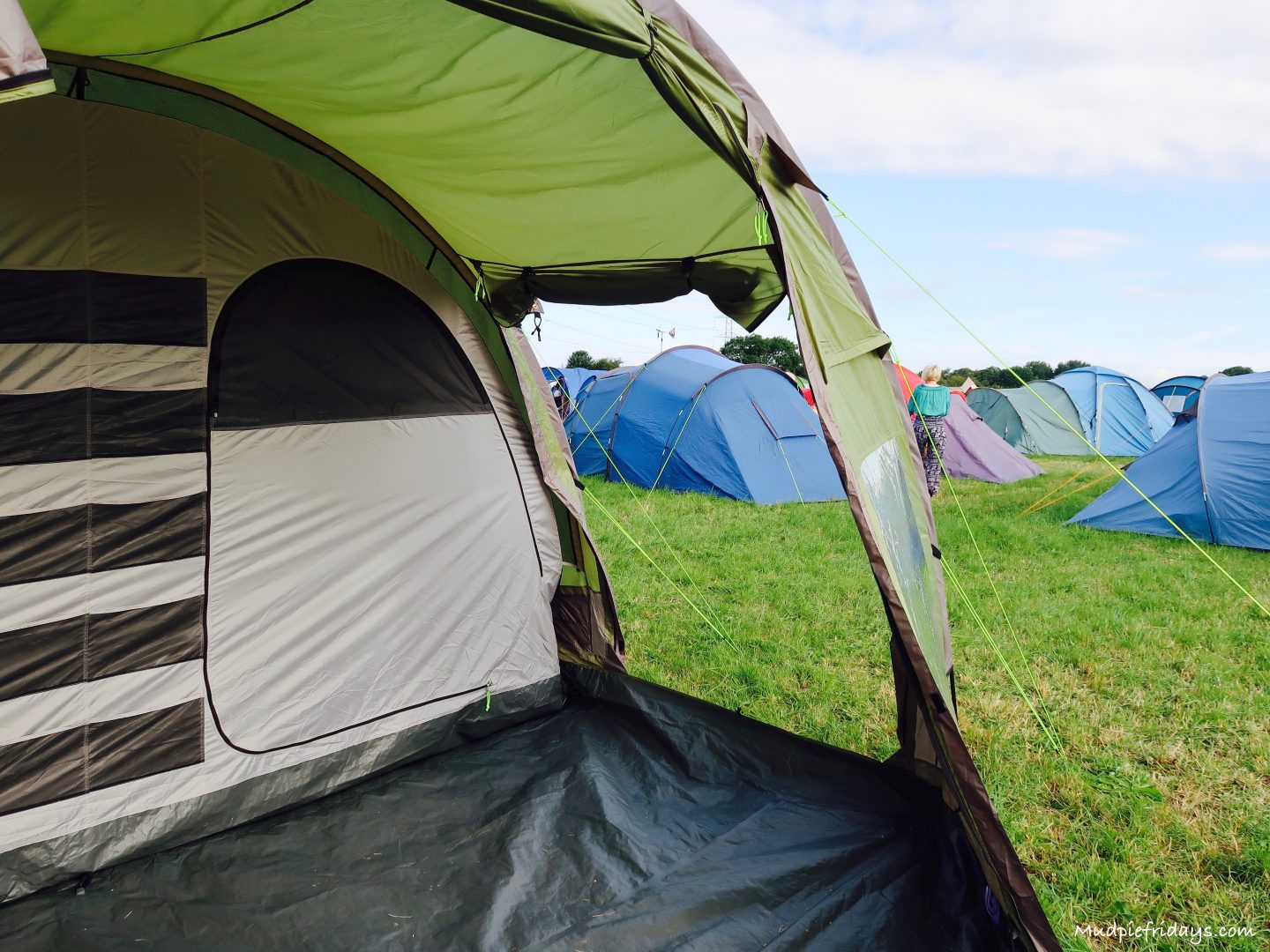 Both nights it rained heavily and we all survived unscathed the tent did a great job even though it was horrid outside. In the mornings we opened up the tent make the most of the sun, the fact that it opened both at the front and the side was really nice. 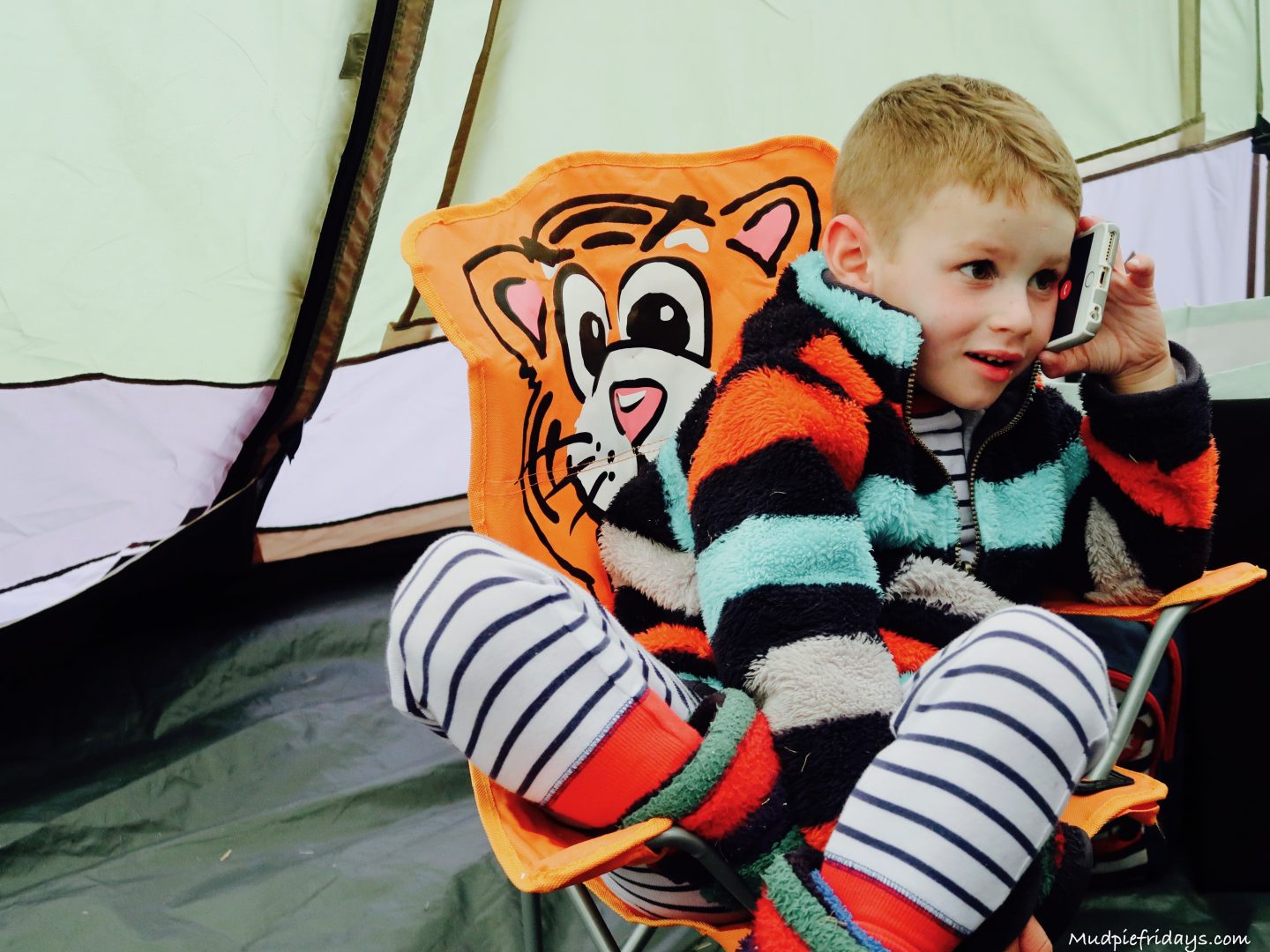 Things I loved about the Eurohike 600 Rydal Tent

Classed as a budget tent it provided everything we needed for a weekend away.  The fact that it is so easy to pitch makes this for me. Its definitely has made me feel more comfortable about going camping. I am sure we will be using it a lot more before the Summer is out. To demonstrate how easy it is Black challenged us to put it up as a family. It was meant to be five of us, but monkey got bored and my mum decided to keep him entertained. So with two people who have not pitched tents for a considerable number of years. We managed to do it in just under eighteen minutes! Video below…. (watch the camera topple over at the end some little person suddenly appear!)

Blacks have a full range of tents to suit any budget on their website.

This is a collaborative post we were given the tent to be able to write this review and take part in the challenge. 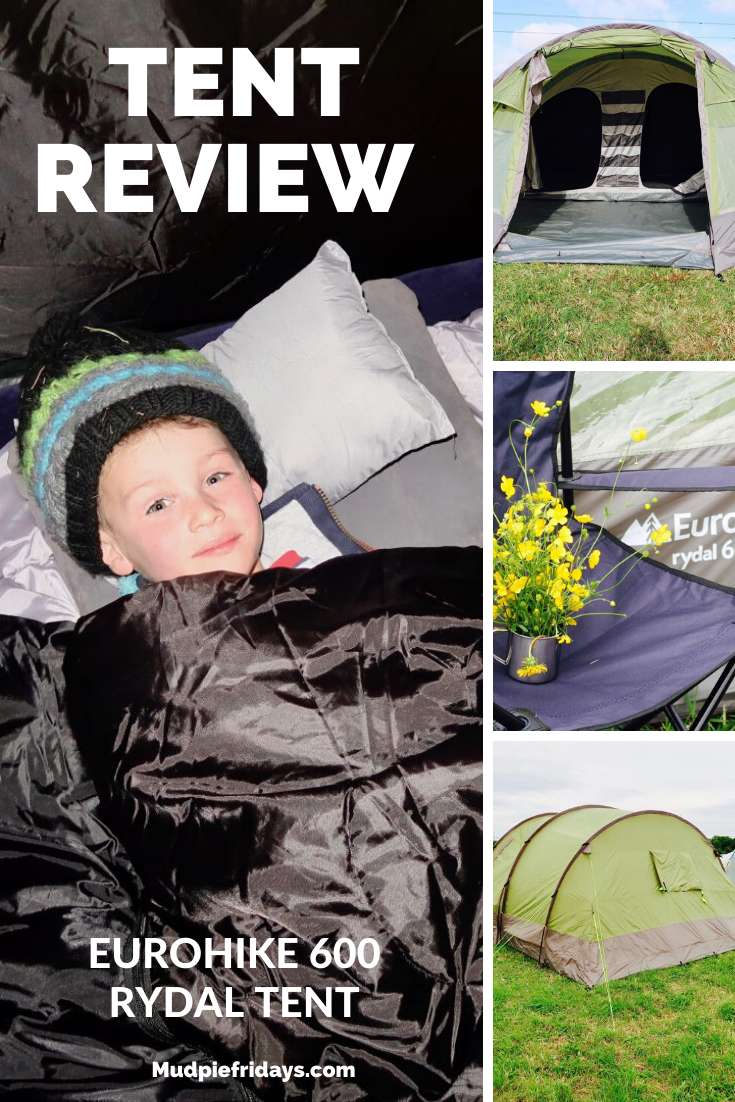 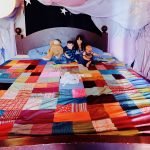 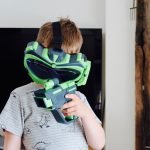