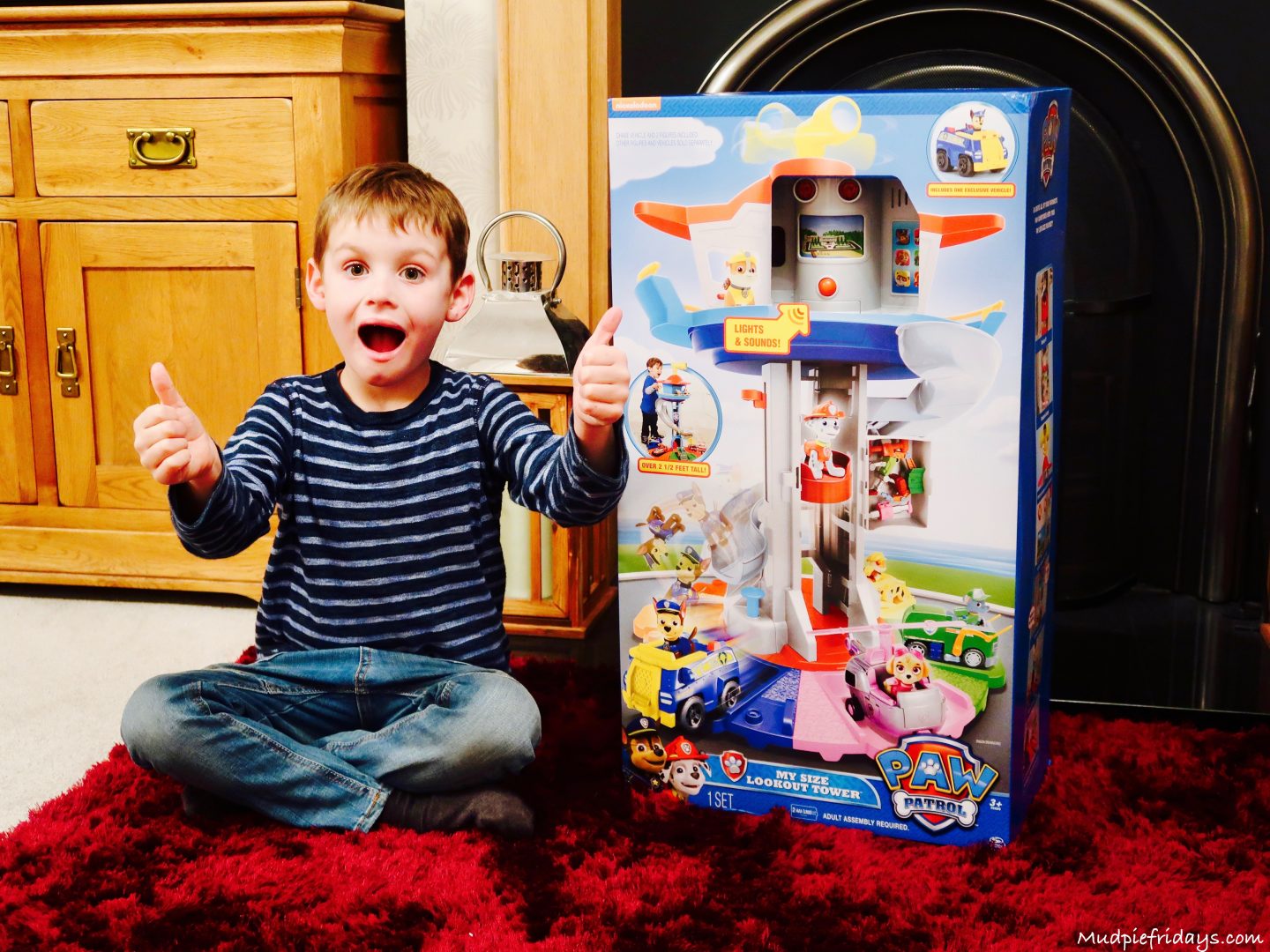 The box is huge and would make a very impressive Christmas gift. Because it was so big I did think that it would be pretty much assembled when we opened it. However instead we were faced by a box of pieces, not that it’s bad its just not what I was expecting. If I had realised I would have put it together alone first instead of having the two little helpers with me. Who were more of a hindrance! 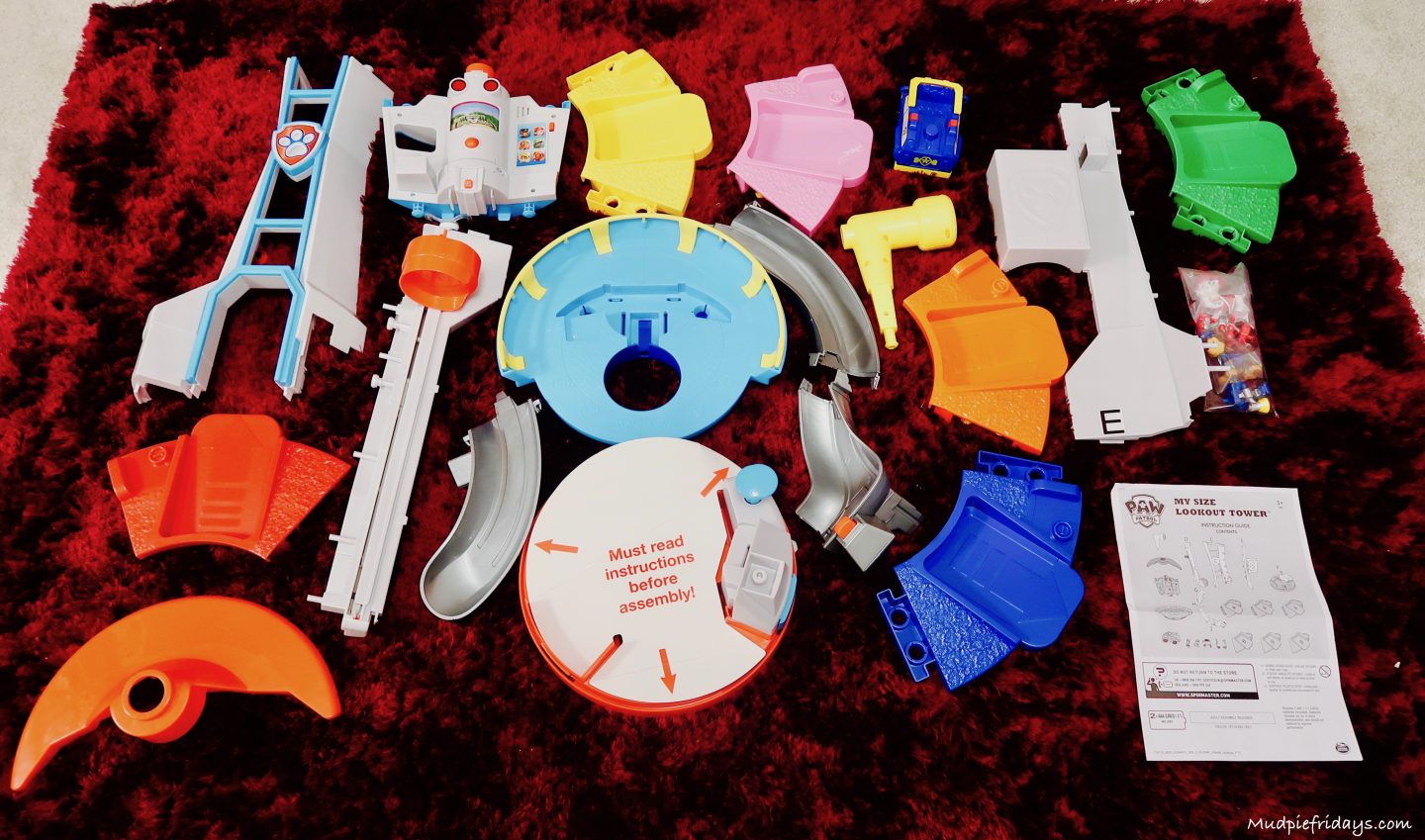 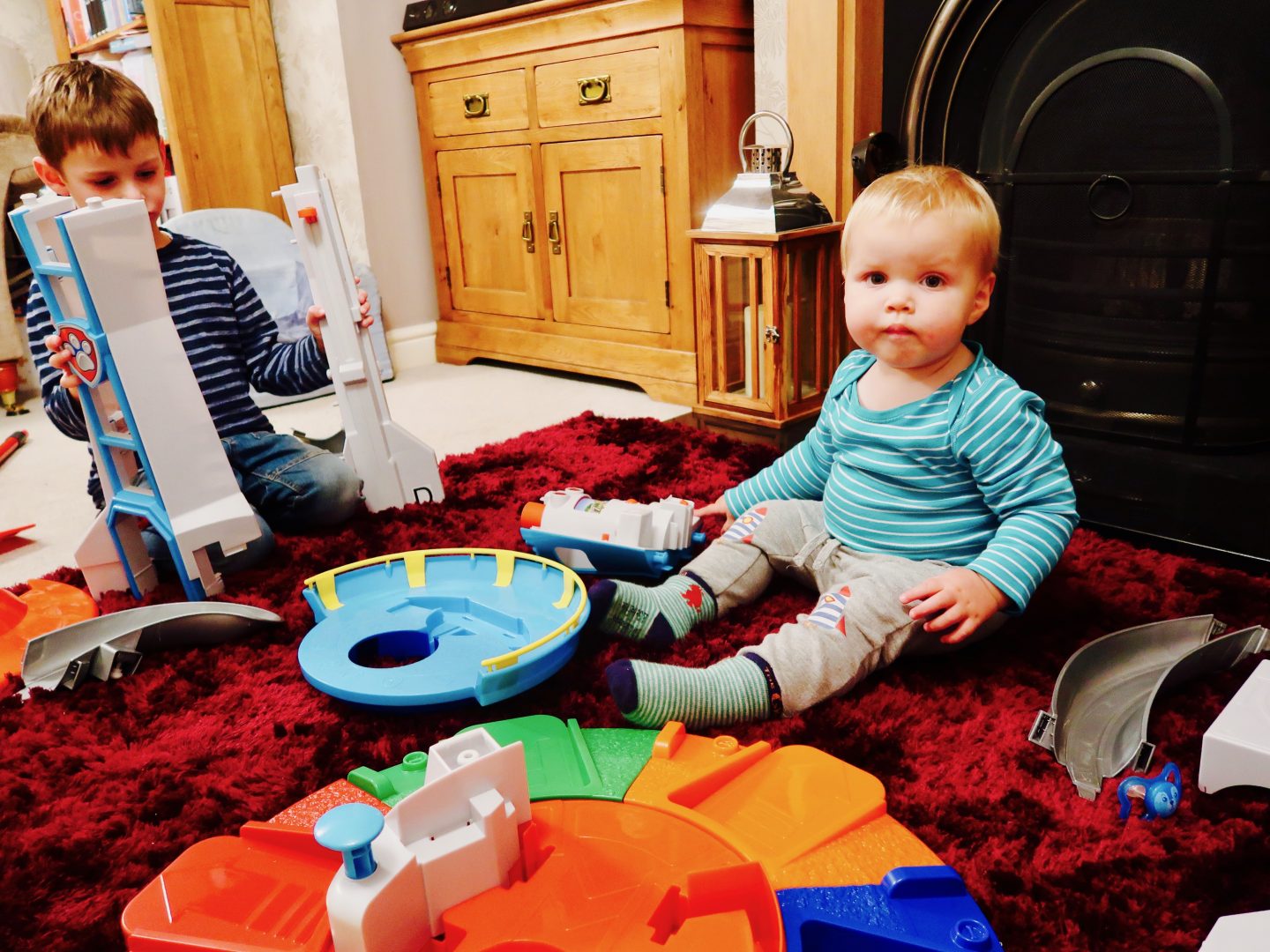 It wasn’t the most straightforward to construct. I really struggled with getting the middle piece to hold together. The connectors they have used are stronger than I have seen elsewhere but take a little time to get them to line up. You also need to apply quite a bit of pressure to get them to pop together. Hubby fixed my failing attempt when he got in from work. On the plus side the instructions were reasonably easy to follow. Both boys were attracted by the bright colours of the plastic and the control panel which blasts out Paw Patrol missions for the pups. There is a button on the front which Monkey enjoyed pressing and then choosing either Marshall or Chase to solve the problem. 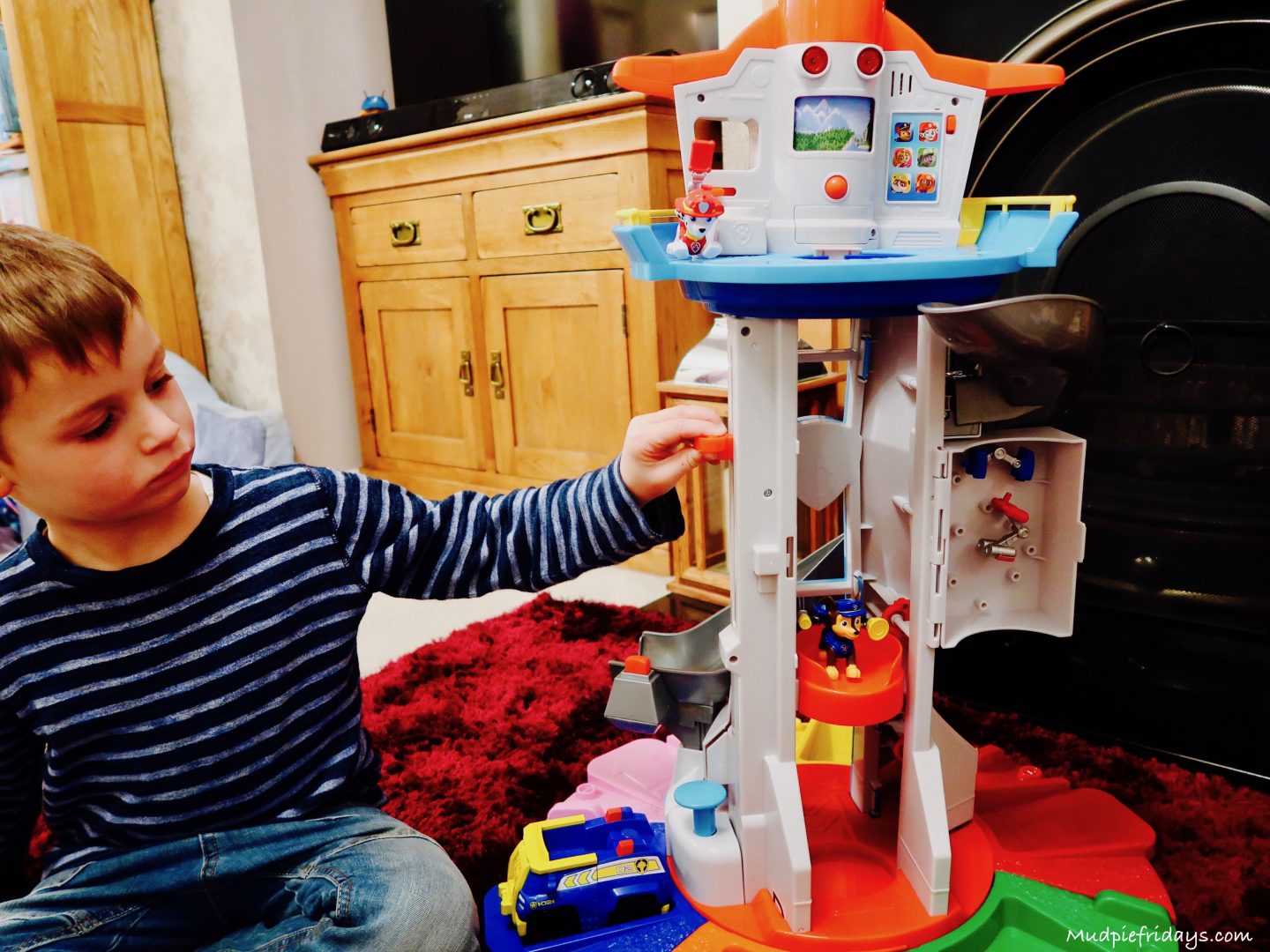 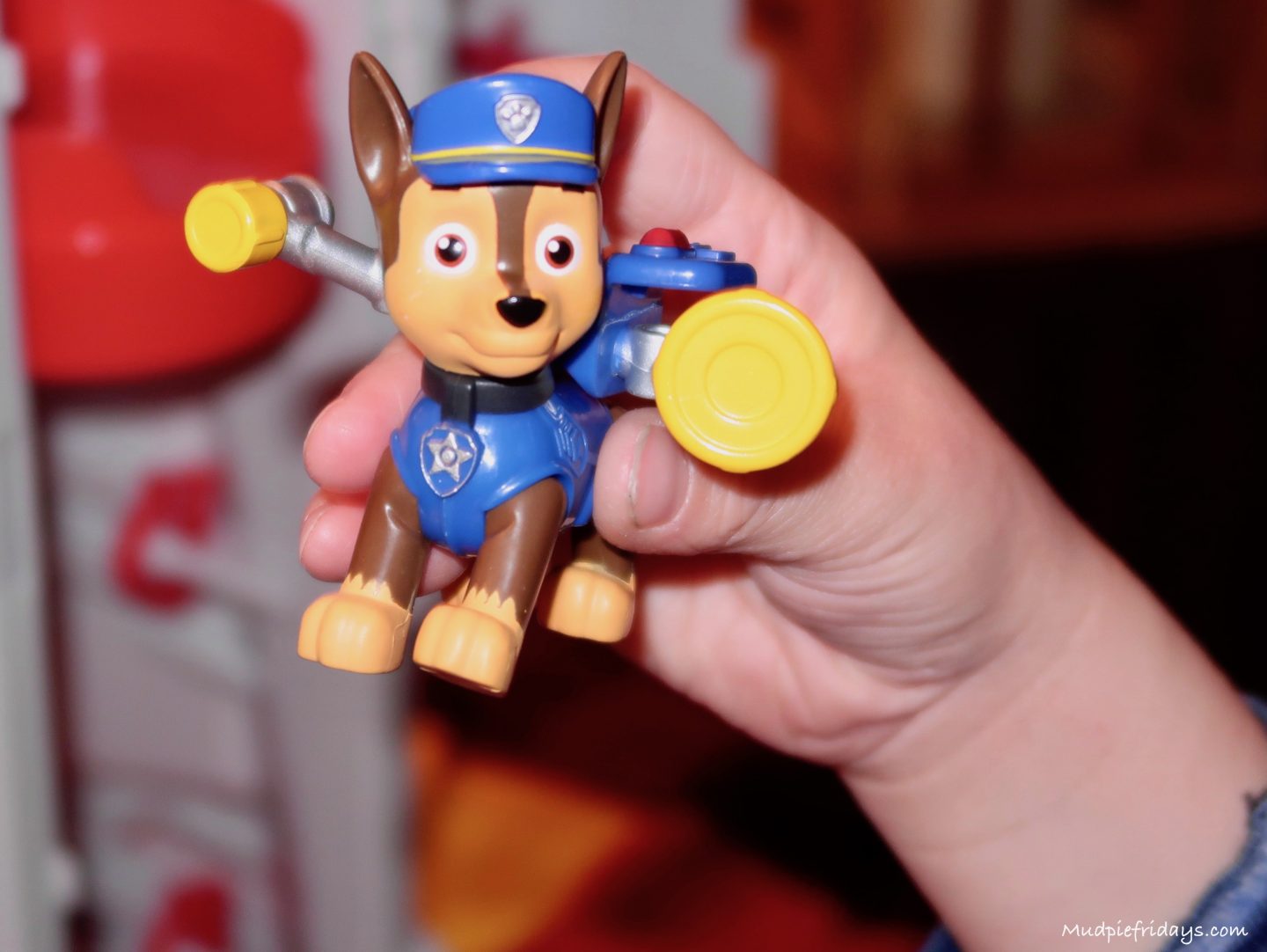 The Paw Patrol My Size Lookout Tower Playset has a lot of functions which I was not expecting. 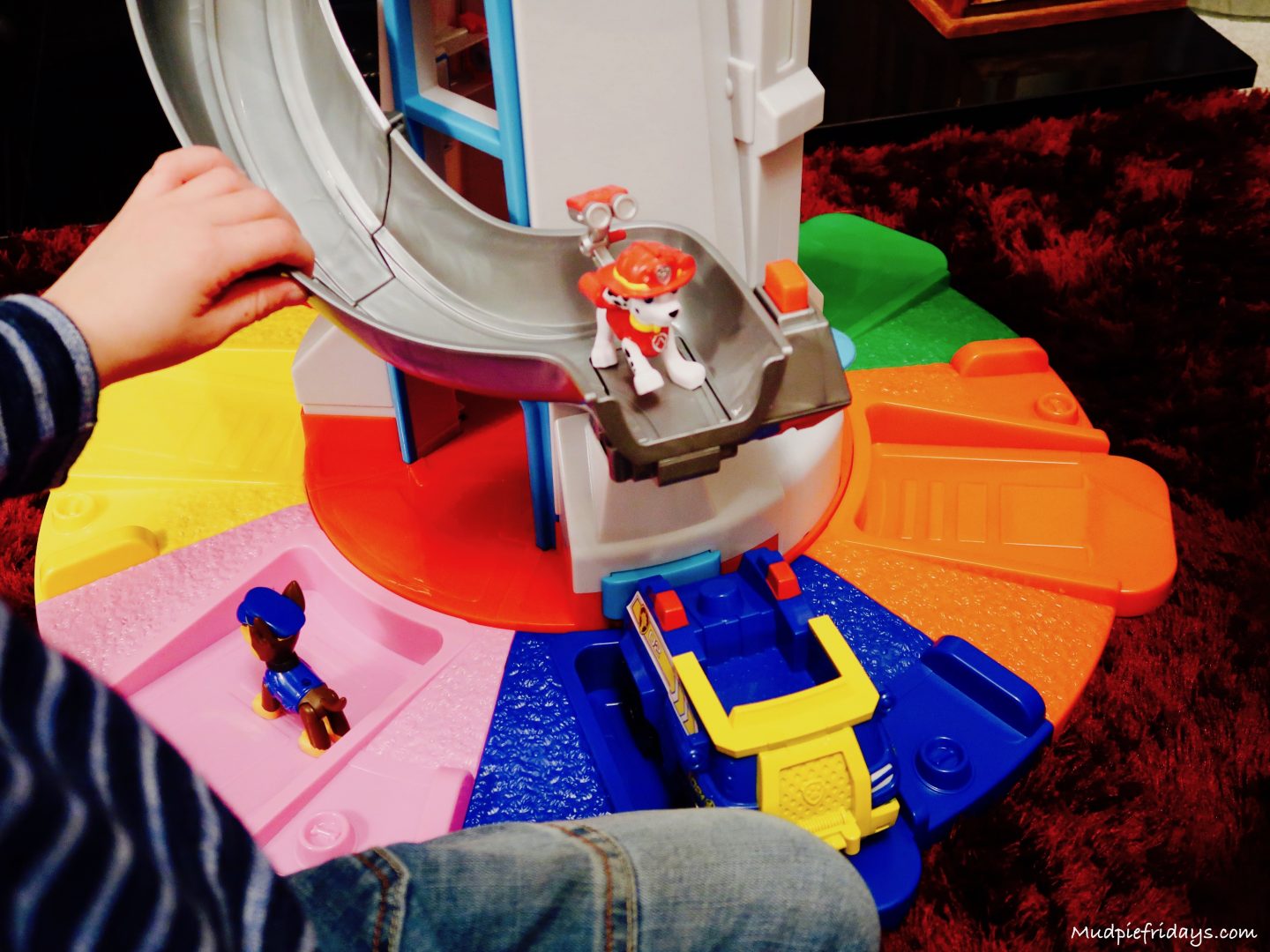 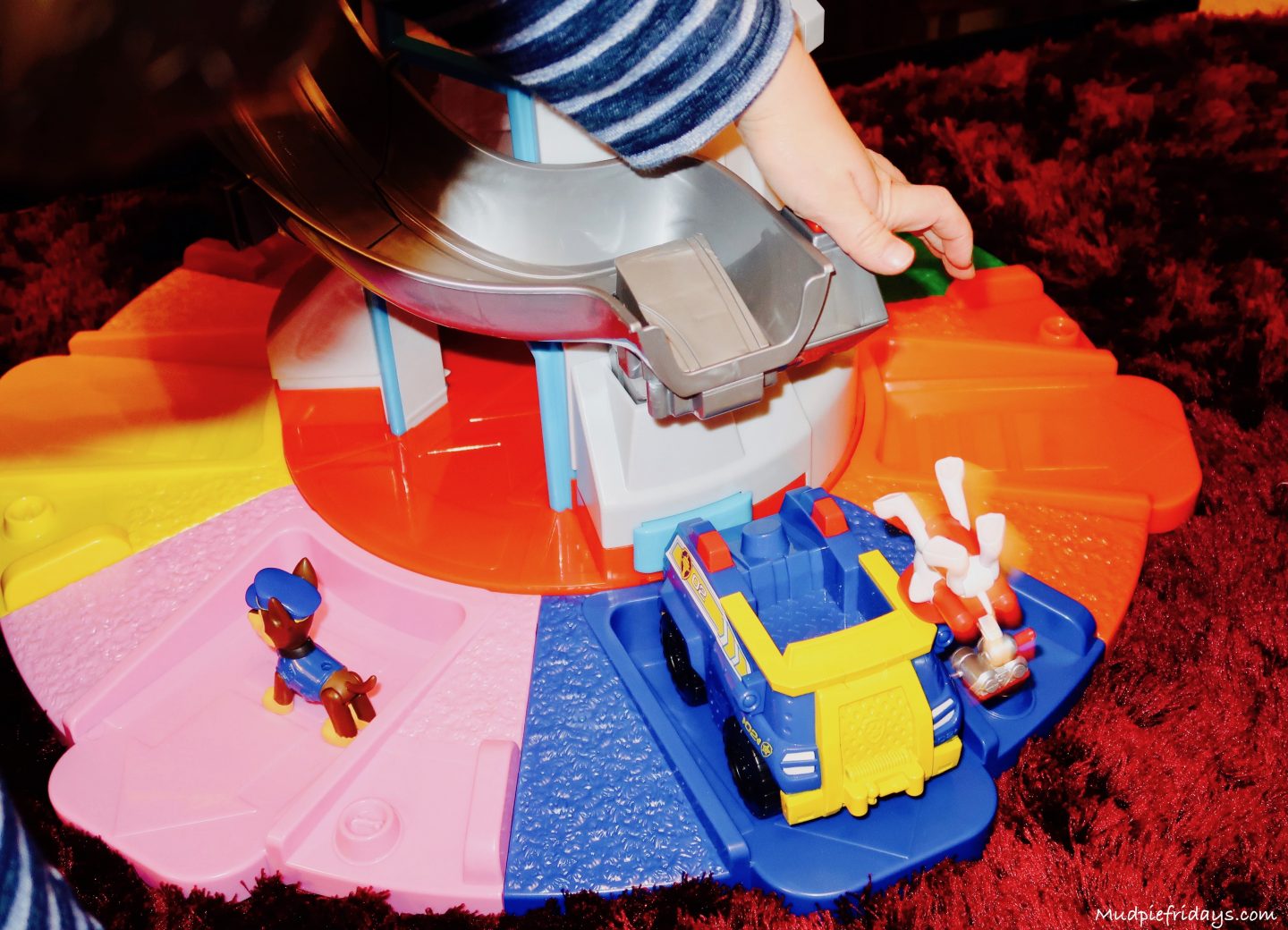 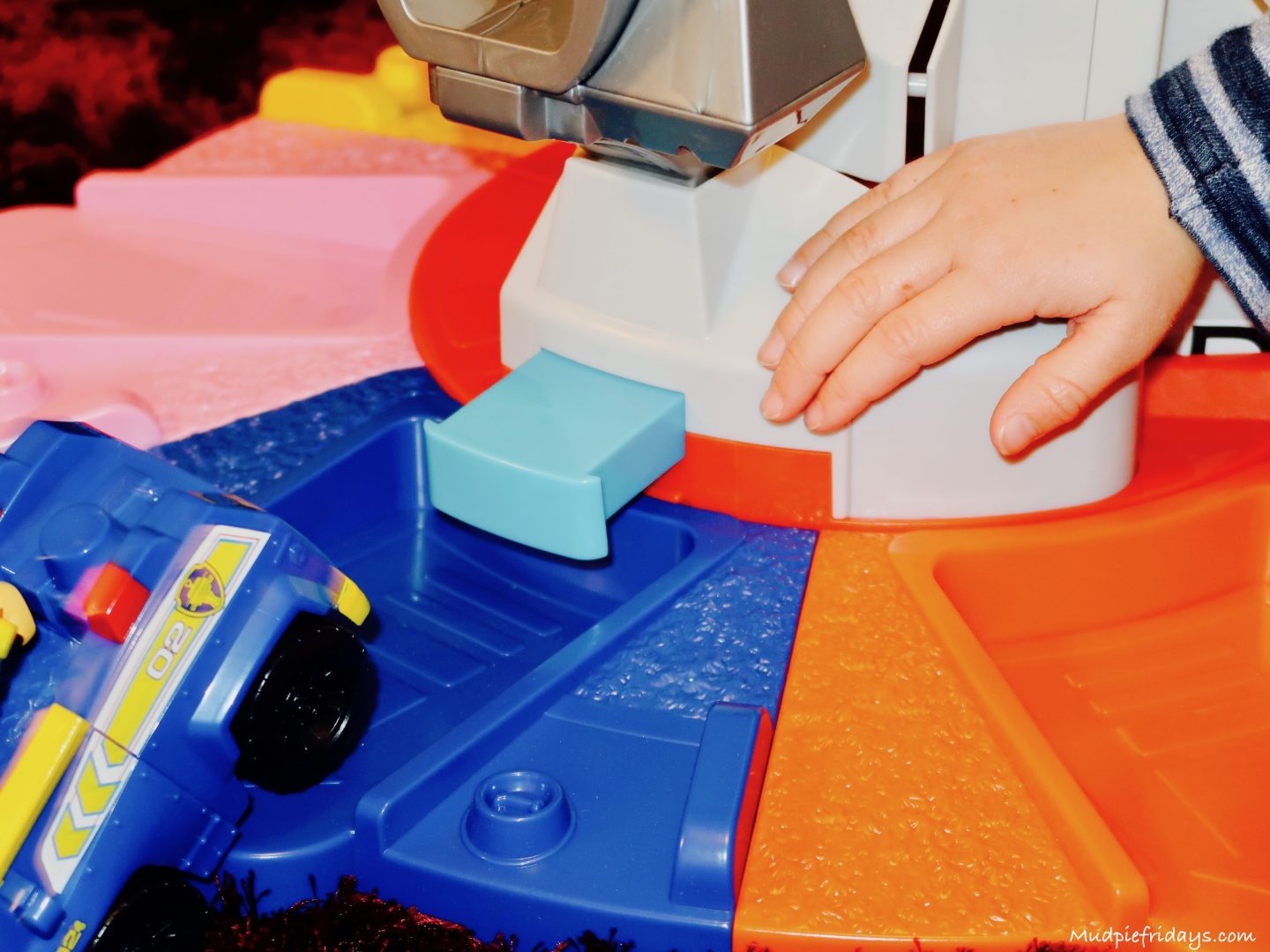 Monkeys’ favourite feature is by far sending the pups down the slide and into the police truck. He really enjoyed acting out the responses to the calls of help from the control panel. Its good that it has these recorded as it acts as the little seed for imaginative play. For both Monkey and me! I can really see him playing along to the TV programmes trying to solve whatever pup mission he is watching. 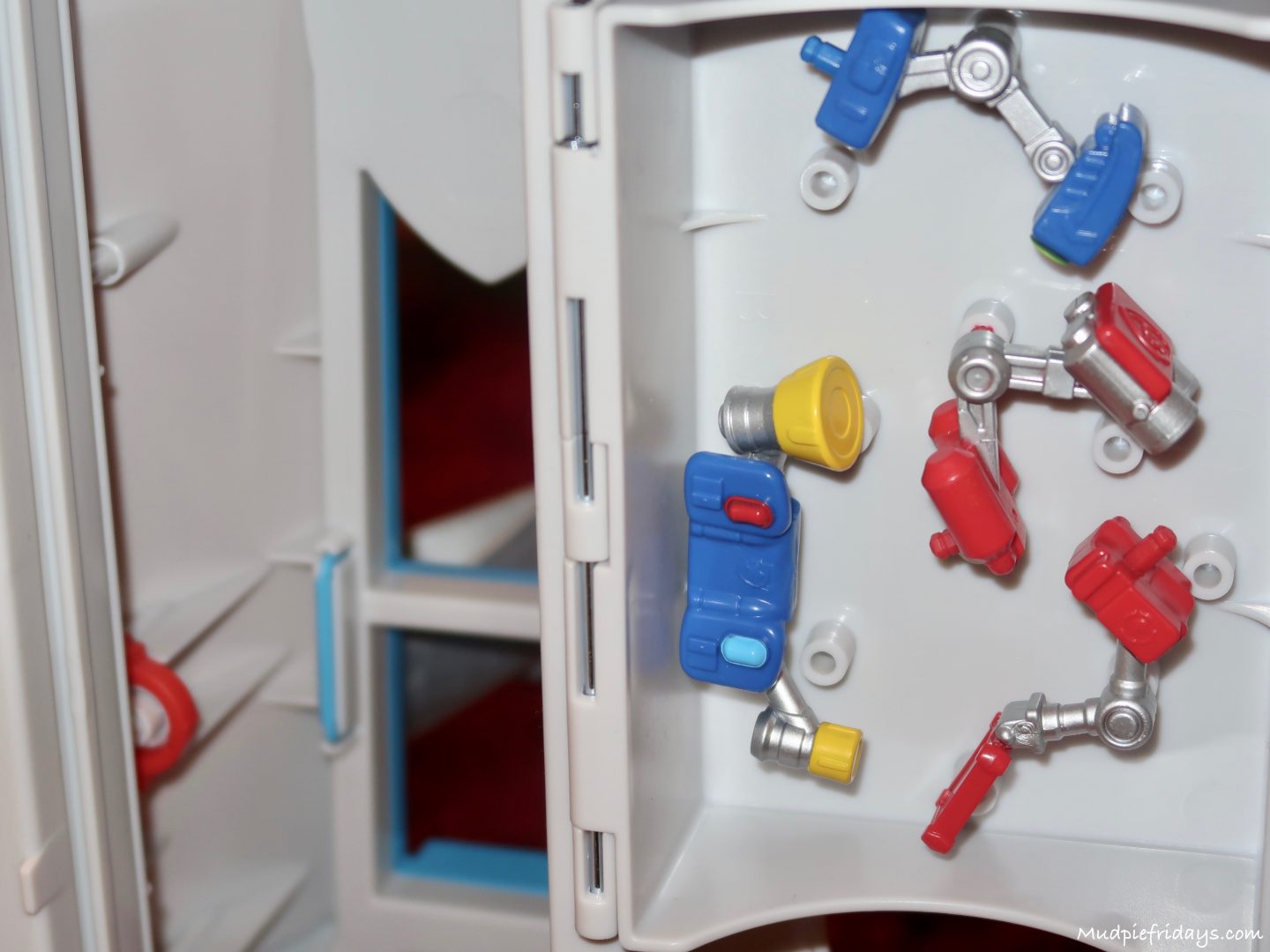 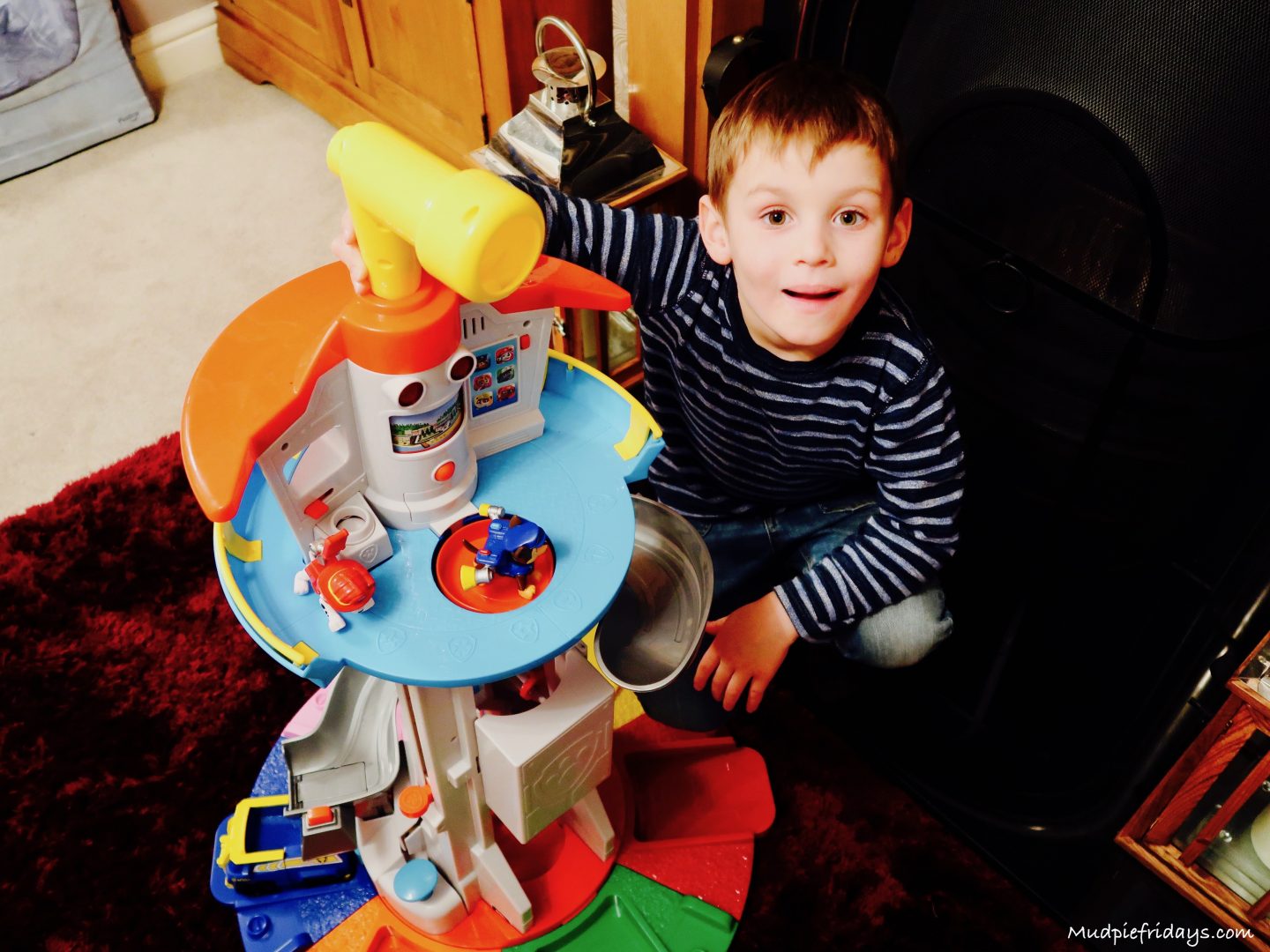 Paw Patrol to the rescue! Paw Patrol My Size Lookout Tower Playset is aimed at children age 3 and up and had an RRP of £109.99. Its not the cheapest toy but I am certain Monkey will get lots of hours imaginative play out of it. Just make sure you put it together before you put it under the Christmas Tree.

We were given a Paw Patrol My Size Lookout Tower Playset for the purpose of this review all words and opinions are my own. 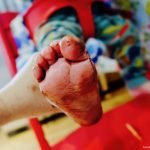